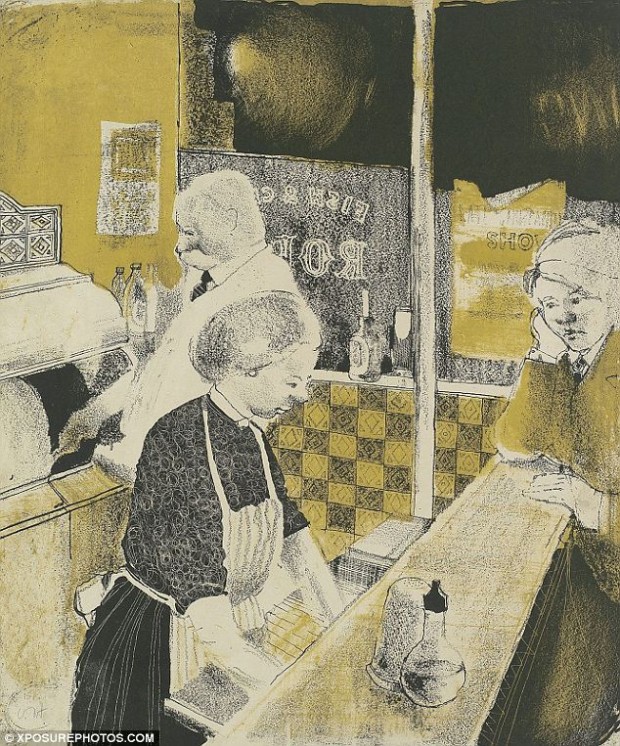 What we can learn from Hockney Printmaker

The ‘David Hockney, Printmaker’ show at the Dulwich Picture Gallery is altogether a less garish affair than the huge exhibition of his landscape paintings that was exhibited at the Royal Academy in 2012, and is a much needed reminder of this hugely influential artist’s brilliant mind.

What I love about the majority of the prints on show at this exhibition is that they demonstrate Hockney’s best qualities as an artist – his curiosity and his wit, and remind us all of the need to keep in close contact with our own curiosity and wit when we create our own masterpieces.

Here are some important ideas that came to light as I walked around this delightful exhibition. 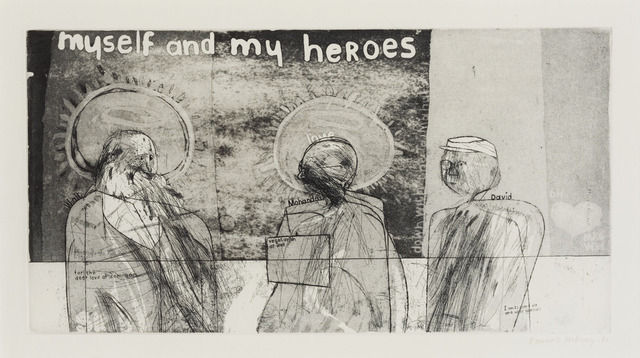 David Hockney
Myself and My Heroes
1961
Etching with aquatint

The fact that nothing is new is something to be celebrated. The fact that great artists have gone before us, and have made works of art that we could never achieve is nothing but inspirational. A recurring theme throughout the exhibition was Hockney’s sense of indebtedness to his artistic forebears.  In his print ‘Myself and My Heroes’, Hockney depicts Walt Whitman’s image with the line ‘for the dear love of comrades’ beside, Mahatma Ghandi (‘Vegetarian as well…down with the Taj Mahal!’ , and then himself – ‘I am 23 and wear glasses’. 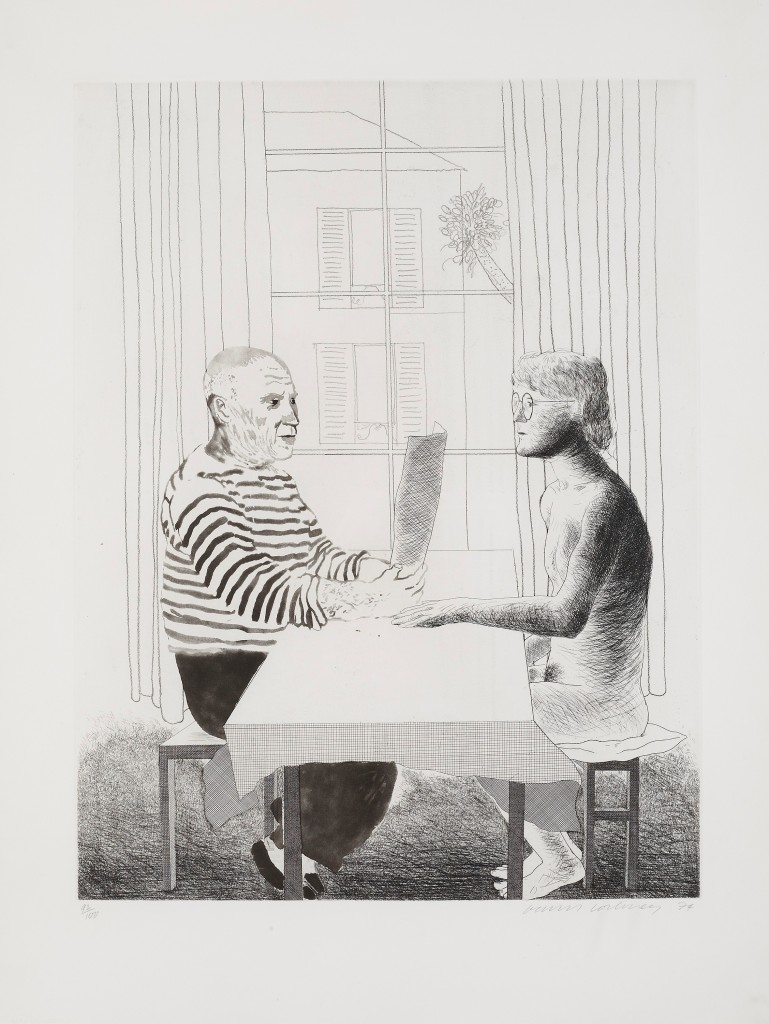 In another later etching ‘Artist and Model’, Hockney is sat naked at a table opposite a fully clothed, dignified and worldly looking Pablo Picasso. These were the men who inspired Hockney, and in Picasso’s case, he really scrutinised the artwork of his hero in order to learn and to extract approaches and techniques that he felt would enable a greater capacity for self expression. A direct example of this is seen in the last room of the show, where Hockney takes the Cubist principle of describing a view from more than one viewpoint in a single image to create large, ambitious prints that aim to describe a subject in a way that has more in common with the experience of being there in the scene than looking at a photograph of it.

The single quality that I admire in Hockney is his relentless hunger for experimentation. So many of the prints in this exhibition combine printing techniques, my favourite being the use of an old fashioned photocopying machine to add textures and patterns, for example the stripes of a shirt in his lithographed ‘Self Portrait’.

3. Focus on the idea and the approach and the rest will follow

There is a sense with all of Hockney’s prints that he approaches each image with an open mind; he doesn’t necessarily know exactly how the final image will look, but he has a clear idea of what he wishes to communicate and how he wishes to communicate it, and once he has decided these aspects he immerses himself wholly in the process of making. A problem too often encountered by artists is lack of conviction seeping into the process and the end result suffers; the communication lines become blurred, there’s a nervousness in the overall image, colours might become muddy, design unconvincing.  These prints are prime examples of celebrating the idea and celebrating the approach at the same time – faith in your knowledge of these will allow the end result to sing with clean colours, a convincing design, and a beautiful demonstration of craftsmanship. 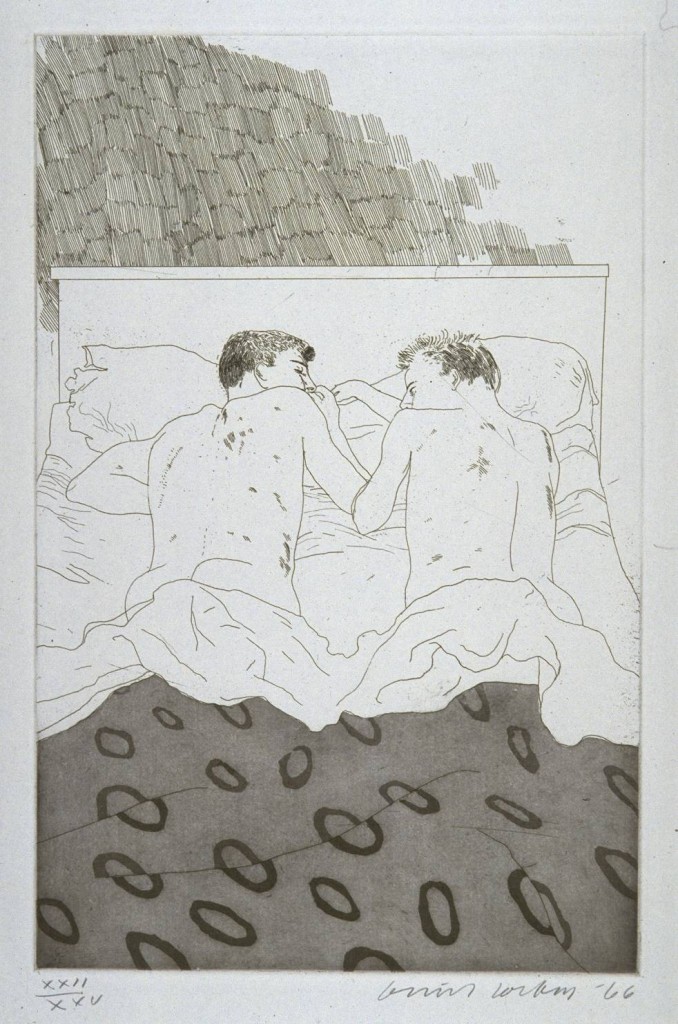 What do you think of David Hockney’s prints? Inspirational or mind boggling? Comment below!

A favourite with artists that use coloured pencils

Drawing is a way of recording what you see, helpin

While oil pastels and oil sticks share many attrib

While pastels are easy to apply and blend, they do