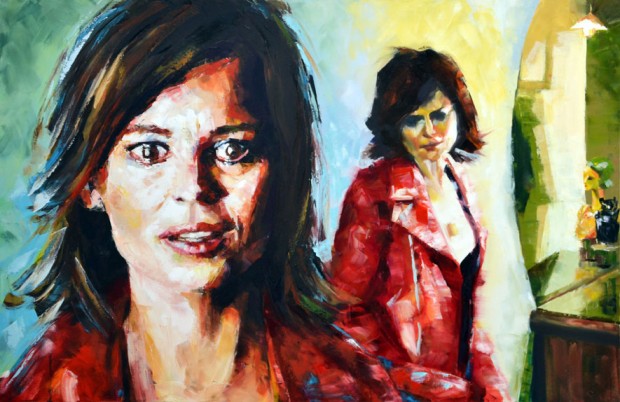 Sal Jones lives and works in Hackney London.
Her work is figurative and often takes found images or familiar objects as its starting point, transforming them to alter interpretation and confound stereotype. In this exhibition Sal is showing a selection of oil paintings from a recent body of work.

Over the last 18 months Sal has been using film and cinematography as sources of inspiration for several works that primarily deal with expression and emotional character. Although they use the tradition of portraiture, they are not posed as in a conventional portrait but captured and reinvented. In these works the figures have been taken from a scene, presented out of context and re-imagined as paintings; close-up, cropped and re-edited with saturated colour and gestural mark-making adding to the drama of the image. They are of course fictional, part of a story; a portrayal of a character. We don’t get the whole story but a glimpse into the character portrayed. The fiction is further emphasised by the use of dialogue as the paintings’ titles.

There is no reference to the original storyline or filmic sequence that inspired each piece, therefore the viewer is left to interpret the image as they see it.

Sal Jones: ‘I hope to create works that are visually exciting and that engage the viewer. I don’t want the work to be too prescriptive but to remain ambiguous and open to individual interpretation. I don’t want a passive observer, I want to create an interaction, a response or empathy that is more personal to the viewer; I’d like to elicit an emotional connection between the character and the spectator.’ 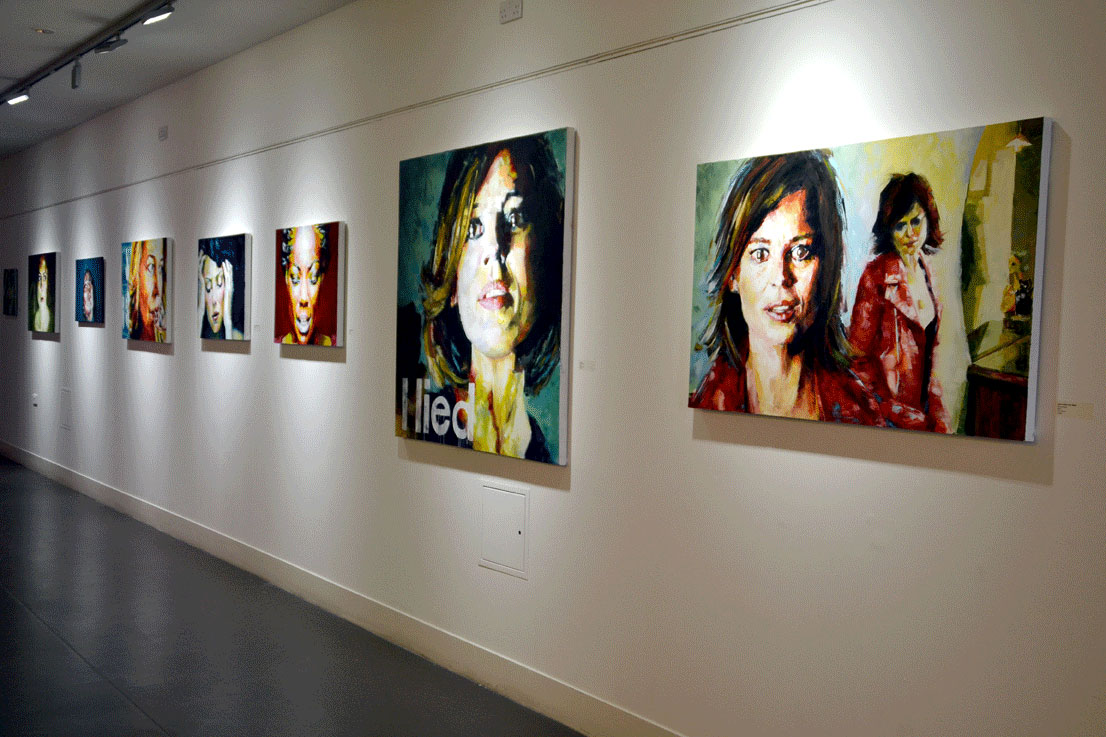