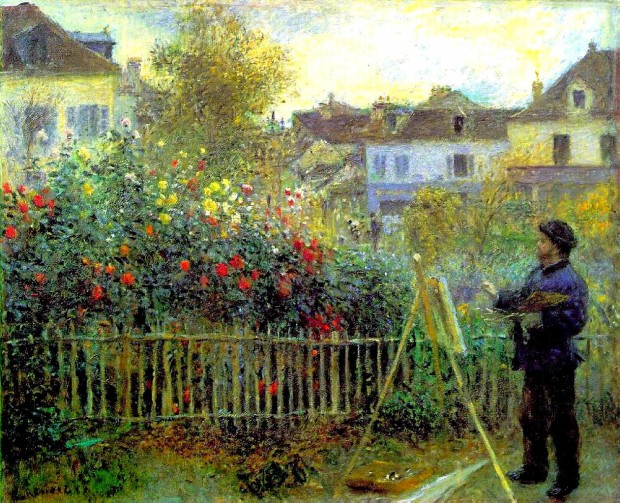 The Top 10 Exhibitions We Recommend this February

Have a look at our recommendations for exhibitions to visit in February. Visit fascinating exhibitions all across the UK. 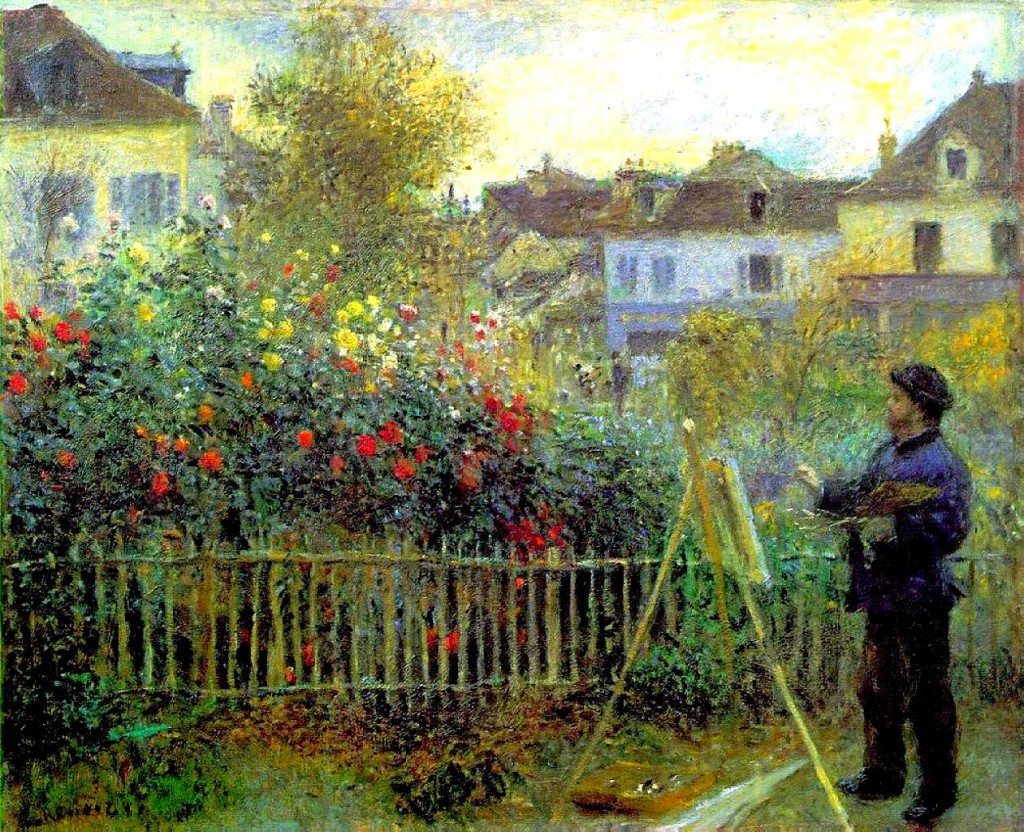 Using the work of Monet as a starting point, this landmark exhibition examines the role gardens played in the evolution of art from the early 1860s through to the 1920s.

Trace the emergence of the modern garden in its many forms and glories as we take you through a period of great social change and innovation in the arts. Discover the paintings of some of the most important Impressionist, Post-Impressionist and Avant-Garde artists of the early twentieth century as they explore this theme.

Showing at Royal Academy of Art until 20 April 2016

The winner of The Columbia Threadneedle Prize will receive £20,000 plus a solo exhibition at Mall Galleries. The Visitors’ Choice Award, voted by visitors to the exhibition in London, is £10,000.

The exhibition will tour to Palazzo Strozzi in Florence, Italy in June 2016 in an unprecedented exchange with Florence’s largest temporary exhibition space.

Showing at the Mall Galleries until 20 February 2016 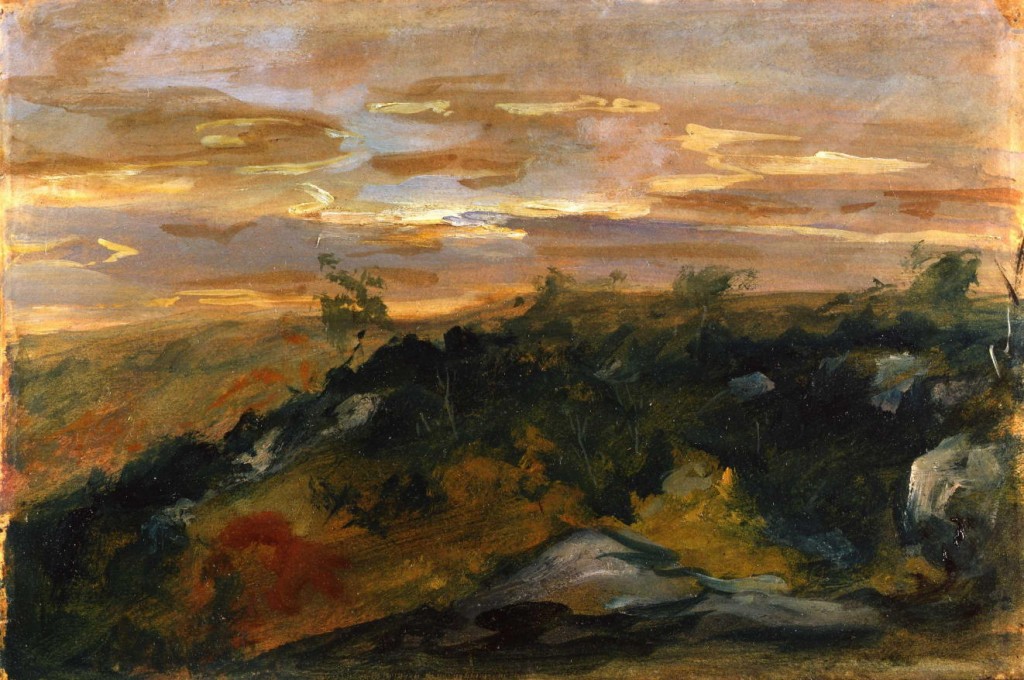 3. Delacroix and the Rise of Modern Art

From the bold colours and abstract shapes of Matisse and Kandinsky, to the expressiveness of Van Gogh and Gauguin, to the vibrant complementary colours of the Impressionists. All can be traced back to Eugène Delacroix – the last painter of the Grand Style but equally one of the first modern masters, who transformed French painting in the 19th century.

‘Delacroix and the Rise of Modern Art’ is a long-overdue homage to France’s leading exponent of Romanticism – a true original who, at the time of his death in 1863, was the most revered artist among the avant-garde in Paris.

Drawing inspiration from British art and literature, his real and imagined travels to North Africa, and biblical scenes; every chord of human passion can be found in Delacroix’s paintings – stories of love, murder, violence, and war. “The first merit of a painting is to be a feast for the eye,” he emphasised towards the end of his life.

Placing Delacroix alongside contemporaries such as Courbet and his fellow Romantic Géricault, this exhibition traces 50 years of Delacroix’s legacy, exploring the profound impact he had on generations of artists to come.

Showing at The National Gallery until 22 May 2016

Drawing on Childhood brings together the work of major illustrators from the eighteenth century to the present day, who have created powerful images of characters in fiction who are orphaned, adopted, fostered or found.

The exhibition considers how illustrators of different generations have chosen key moments in stories from European folklore and fiction, and brought these child heroes to life. Exploring alternative childhoods, the show is been inspired by Lemn Sissay’s 2014 Foundling Museum commission, Superman was a Foundling, which focused on the importance of looked-after children in popular culture.

Original drawings, first editions and special illustrated editions will be on display, featuring characters as diverse as James Trotter (James and the Giant Peach) who was orphaned as a young boy, Hetty Feather, who lived at the Foundling Hospital, and Rapunzel, whose parents gave her up as a child. Two original illustrations by Nancy Ekholm Burkert for the 1961 edition of Roald Dahl’s James and the Giant Peach will be exhibited, alongside Arthur Rackham’s original 1919 drawing of Cinderella and the Fairy Godmother. Major illustrators and artists whose work will be on display include Quentin Blake, George Cruikshank, David Hockney, Phiz (Hablot K. Browne), Arthur Rackham, Thomas Rowlandson, Nick Sharratt and Stref.

To accompany the loaned works, the contemporary artists Pablo Bronstein, Chris Haughton and Posy Simmonds have been invited to produce a new illustration for Henry Fielding’s novel The History of Tom Jones, A Foundling, first published in 1749.

Showing at The Foundling Museum until 1 May 2016 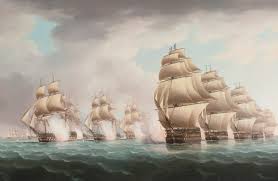 5. The Artist and the Sea

Over the centuries artists have responded to this influence in various ways. Some have portrayed significant maritime events such as the Battle of Trafalgar or the arrival of King George IV into Leith harbour in 1822. Some have focused on recording the day-to-day experiences of coastal communities, from the lives of the 19th century fisher families based in Newhaven to the heavy industry of 20th century shipyards. Others have responded to the mythology, folklore and traditions associated with Scotland’s seafaring heritage.

Meanwhile, many artists have sought to capture the more elemental character of the sea, depicting its rich natural environment and unpredictable changes in mood. In these artworks, ferocious storms contrast with scenes of sublime beauty. The tensions inherent in our understanding of the sea, as a simultaneous source of wonder, industry and danger, are a recurring motif.

The Artist & the Sea explores these themes and their interpretation by a range of different artists. Selected from the City Art Centre’s collection of historic and contemporary Scottish art, the exhibition contains examples of painting, drawing, printmaking, photography and sculpture. Featured artists include John Bellany, William McTaggart, Joan Eardley and Elizabeth Ogilvie.

Showing at City Art Centre, Edinburgh until 8 May 2016 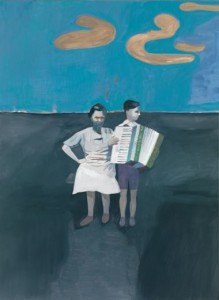 Jan Vanriet is a hugely influential painter and poet from Belgium. He has exhibited widely across the world, representing his country in the biennials of Sao Paolo, Venice and Seoul yet this is his first exhibition in the UK.

Much of his work is rooted in his family history. His parents met in the Mauthausen concentration camp and their stories and memories of the Second World War and its aftermath continues to influence his paintings. Themes of love, loss, identity, destiny and disappearance pervade his work. Yet there is also an inherent playfulness and lightness of touch and an evident mastery of the medium of paint.

The Music Boy is a polyptych of four paintings depicting his grandmother and uncle – his mother’s twin brother – playing accordion as a boy before the war.

Jan Vanriet was born in Antwerp, Belgium in 1948. He lives and works in Antwerp.

Showing at The New Art Gallery Walsall until 8th May 2016 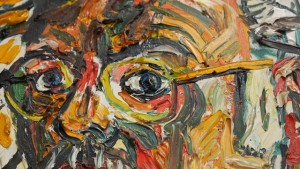 John Bratby was a prolific painter, writer and something of an enfant terrible on the British art scene during the Fifties and Sixties. Born in 1928, he died in his adopted home town of Hastings, just a day after his 64th birthday, while walking home from the local chippy.
Rather than create a traditional retrospective of his painting – it is believed Bratby painted over 1,500 works – Jerwood Gallery launched a rare opportunity for the UK public to shape the style and content of a major gallery exhibition.
The gallery has been overwhelmed with submissions of privately owned Bratby’s, along with personal recollections, letters and photos and some wonderful works were discovered at their ‘Bring us your Bratby day’ on 19 October 2015.

There was intensity to Bratby’s output, as his widow Patti recalls: “From one seed out of a packet of the Van Gogh variety, John did 55 pictures in 18 days.” Patti herself will be involved in the exhibition, loaning Bratby’s work and keepsakes from his studio – “I’m so excited, I can’t stop thinking about it!”

Showing at the Jerwood Gallery until 17th April 2016 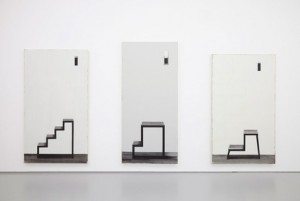 Michael Simpson makes large scale paintings in ongoing series that repeat and rework a number of key elements. Flat Surface Painting is his largest exhibition to date. Rooted in a fascination with fifteenth century Venetian and early Flemish painting, and inflected by the formal restraint and reduced palette of Minimalism, Simpson has developed a distinctive, darkly comedic artistic vocabulary with which to create works that move beyond their subject matter to question the nature of painting itself.

Included in the exhibition are works from Simpson’s Bench Painting series (1989–2009), originally intended as an homage to the Italian Renaissance philosopher Giordano Bruno. Burnt at the stake for heresy in Rome in 1600, he is regarded as the last great medieval thinker, a martyr to a fully secular freedom of thought, and is known for his vision of an infinite universe and for realising the full implication of the Copernican Revolution — the discovery that the earth revolves around the sun, rather than sitting at the centre of the solar system.

Bruno’s fatal clash with the Catholic Church exemplifies the cruelty too often found in religious history, an enduring theme in Simpson’s work. 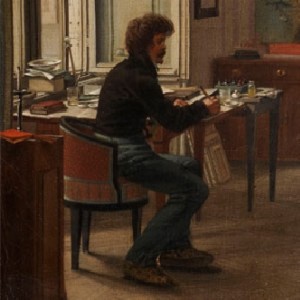 9. The Painting Room: Artists at Work in the 18th Century

In the eighteenth century artists referred to the space where they worked and where sitters went to have their portraits painted, as the painting room.

This exhibition explores the character and use of this important place, which was usually a room in a domestic house. Distinct from the show room where visitors could view finished work, the painting room was the artist’s inner sanctum, a private world containing the tools and instruments of the artist’s practice.

This exhibition emerges from a major study of the painting room supported by the Esmee Fairbairn Collections Fund. 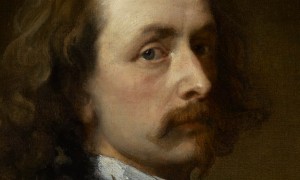 In 2016 , Dulwich Picture Gallery will launch a series of displays that delve deeper into four major artists in the Gallery’s collection: Van Dyck, Dou, Rubens and Rembrandt. Examining the lives and techniques of each artist, the series will celebrate the creative processes of these Dutch and Flemish masters. Each display will also draw connections with guest works from other institutions and private collections that have never been seen together before.

Showing at the Dulwich Picture Gallery until 24th April 2016