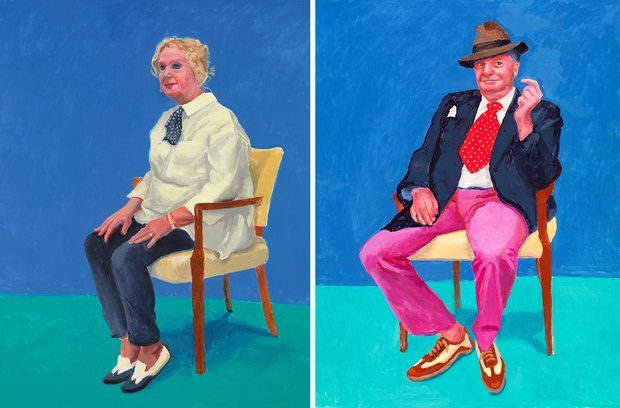 10 Exhibitions Not To Miss This July

From British artist David Hockney’s vibrant new portraits to monumental outdoor sculptures by China’s leading artists to a rare UK retrospective of American artist Georgia O’Keefe’s work, this month of July is packed with exciting art events and exhibitions to visit and discover around the UK. Here is Jackson’s definitive list of the shows not to be missed this month. 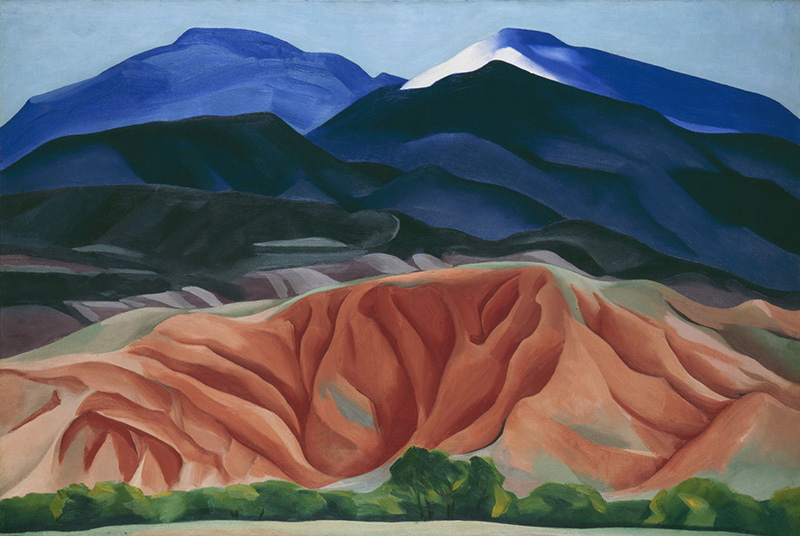 Bringing together over 100 paintings by major American artist Georgia O’Keeffe, this retrospective at the Tate Modern offers an amazing and rare opportunity in the UK to see the artist’s most important works, such as Jimson Weed/White Flower No. 1 1932 and Black Mesa Landscape, New Mexico / Out Back of Marie’s II. Best known for her paintings of magnified flowers, animal skulls and desert landscapes of New Mexico, O’Keeffe asserted herself as one of the pioneers of twentieth century art and has played an influential role in resisting gender stereotypes and prejudice in the art world – as O’Keeffe once said, “Men put me down as the best woman painter…I think I’m one of the best painters.” 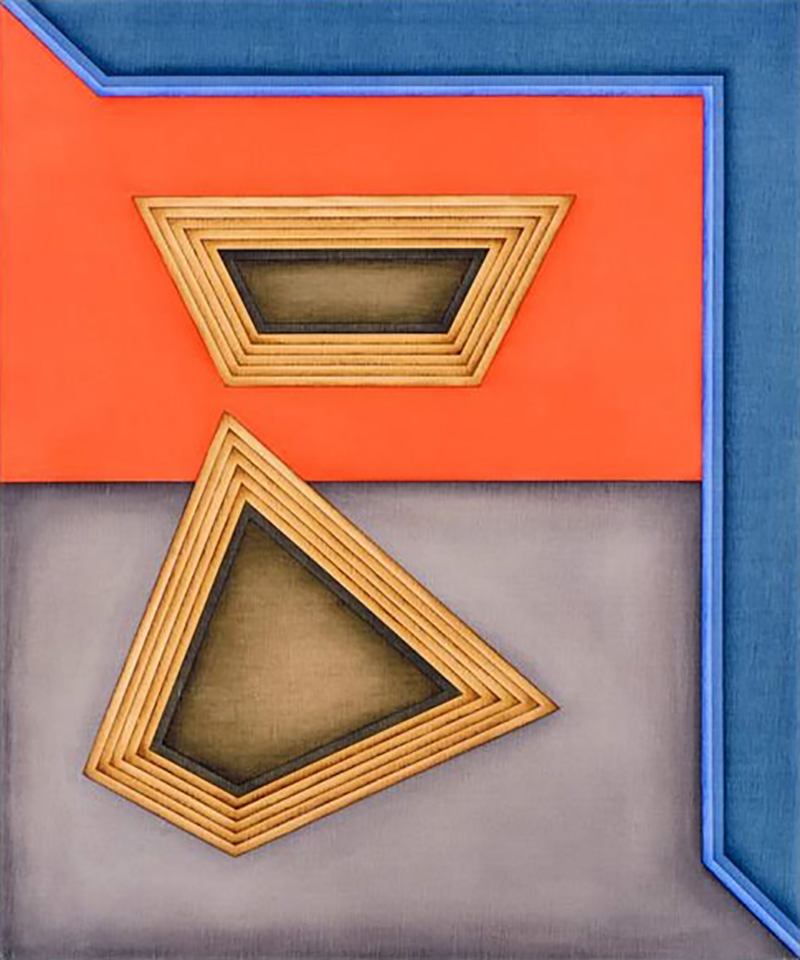 Open to all painters in the UK, the John Moores Painting Prize is one of the nation’s most prestigious art awards with previous winners including the likes of David Hockney and Peter Doig. From Plasticine on an altered book cover to acrylic on sheets of industrial aluminium foil, this year is defined by artists exploring fresh perspectives and approaches to paintings, and questioning the significance and value of this medium. Five paintings have been selected as winners this year, by artists Talar Aghbashian, Gabriella Boyd, Benjamin Jamie, Selma Parlour and Michael Simpson.

Showing at the Walker Gallery Liverpool from 9 July – 27 November 2016. 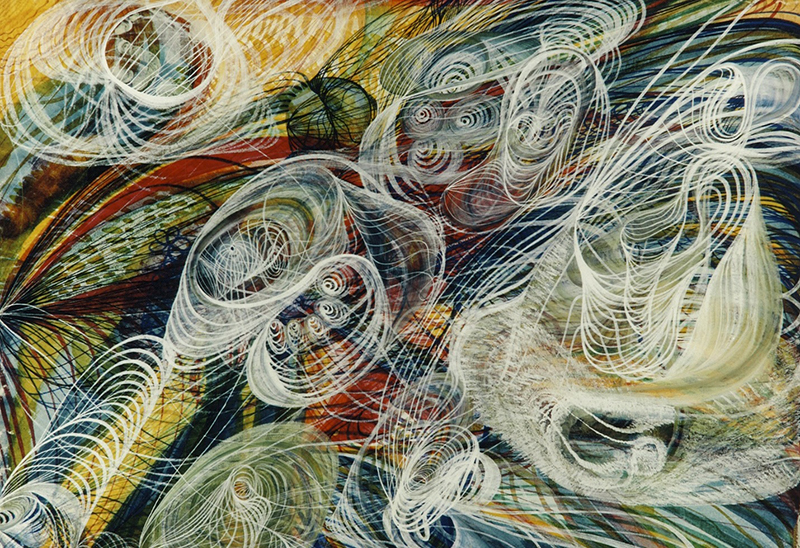 Fusing spirituality and art, Victorian artist Georgiana Houghton’s incredible series of abstract watercolours are now on view at The Courtauld Gallery. Painted in the 1860s and 70s using a hypnotic kaleidoscope of colours and spiralling forms at a time when interest in the Occult was blossoming, Houghton explained that her works were guided by various spirits, including several Renaissance artists, and higher angelic beings. A mysterious and powerful look into an otherworldly artistic practice. 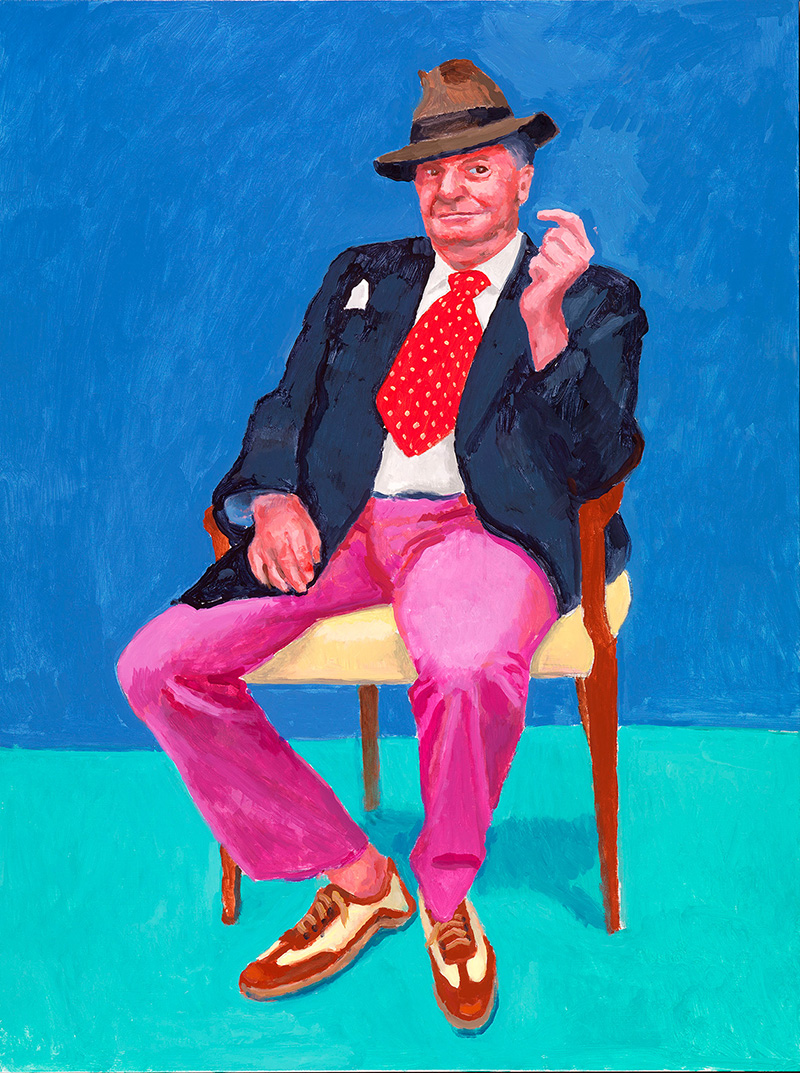 No doubt one of the major highlights for this summer, the Royal Academy of Arts presents new works by influential British artist David Hockney featuring 82 vibrant and colourful new portraits of his wide circle of friends and acquaintances, and one still life. “After periods of doing other things, I always come back to the portrait, and have a burst of sanity,” says Hockney. Hockney’s subjects include his office staff to giants of the art world such as conceptual artist John Baldessari and gallery tycoon Larry Gagosian. 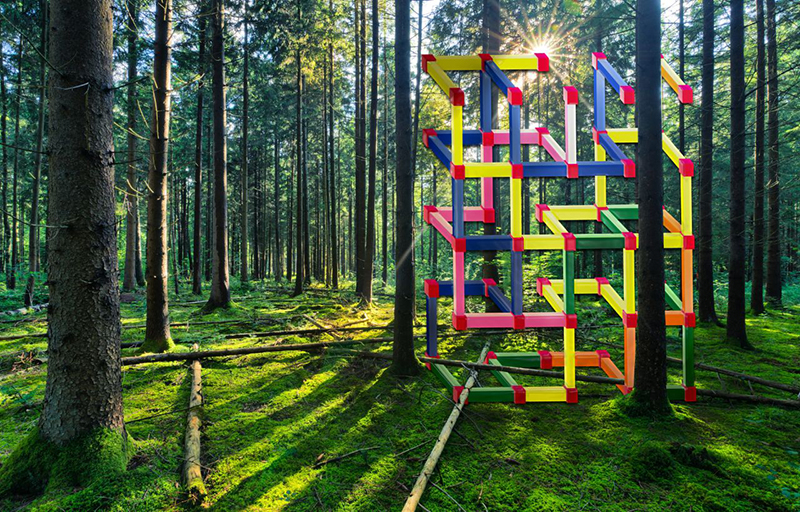 Presented by the Cass Sculpture Foundation, ‘A Beautiful Disorder’ marks the first major exhibition of newly commissioned outdoor sculpture by contemporary Greater Chinese artists to be shown in the UK. The exhibition showcases 16 works by artists including Bi Rongrong, Li Jinghu and Zhao Yao. Working across a variety of media such as bronze, stone, steel and wood, this exhibition addresses the historical relationship between Chinese and British landscape aesthetics, and touches upon China’s past, present and future as one of the world’s rising superpowers.

Showing at The Cass Sculpture Foundation from 3 July – 6 November 2016.

Well known for her playful approach to abstraction, American artist Mary Heilmann’s work is celebrated at this new exhibition at London’s Whitechapel Gallery. Presenting 45 paintings spanning the artist’s five decade career, the show is the first major UK survey of Heilmann’s work. From Heilmann’s first geometric paintings created in the 1970s to her more recent shaped canvases in day glo colours, this show explores Heilmann’s practice and the autobiographical themes that run through her work. 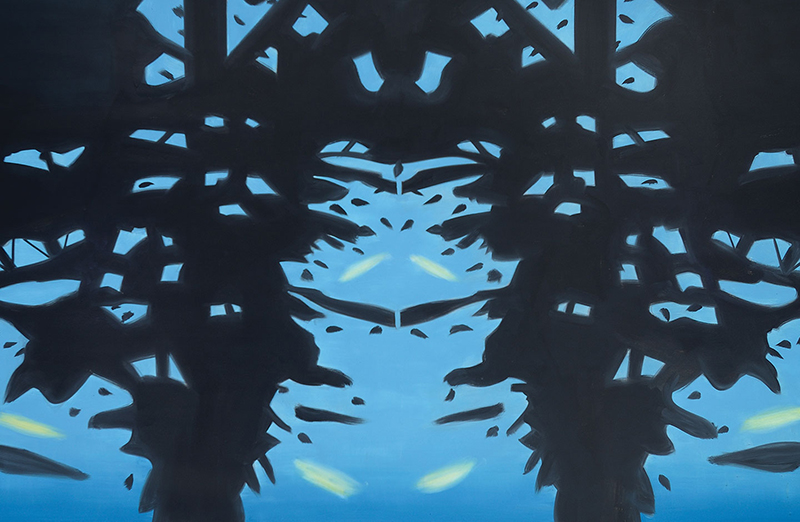 Working across media such as paintings, drawings, sculptures and prints, celebrated American artist Alex Katz presents recent works at London’s Serpentine Gallery. Well known for developing a highly unique approach to contemporary representational painting, Katz’s style is defined by the fluidity of his lines and his flat use of colour across both his portraits and landscapes. ‘Quick Light’ takes Katz’s landscape work as the focus of this exhibition, showcasing works created in recent years as well as throughout his career. Katz describes these paintings as ‘environmental’ in the way that he seeks to envelop the viewer through the play of light and shadow, and a purist aesthetic. 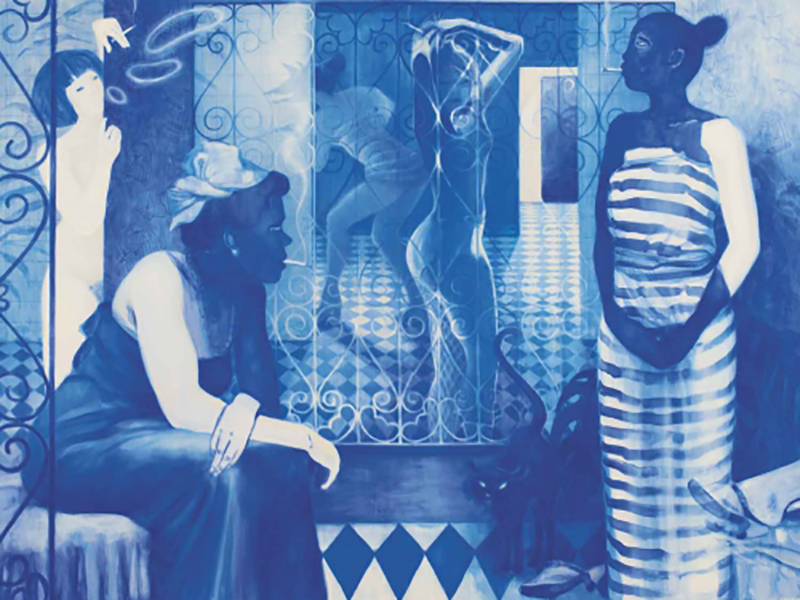 Curated by Nigerian-born and London-based fashion designer Duro Olowu, “Making Unmaking” presents the works of over 70 artists from around the world from the present and last century. Showcasing an eclectic fusion of colours and cultures, Olowu’s selected works reflect his own creative practice, which mixes disparate cultural and aesthetic forms through his use of antique textiles and his own fabric designs. The exhibition includes twentieth century artists such as Claude Cahun and Louise Bourgeois to contemporary artists such as avant-garde Moroccan photographer Hassan Hajjaj and Dutch photographer Ari Marcopoulos. 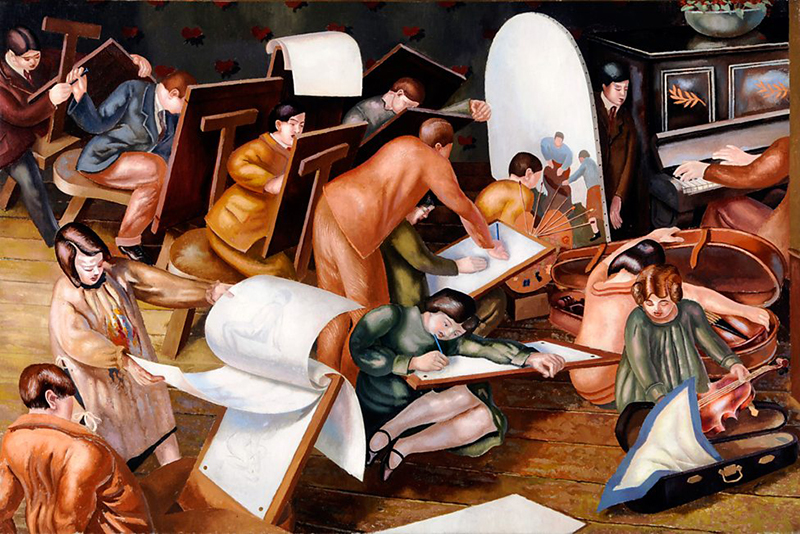 9. Stanley Spencer of Angels and Dirt

From tranquil rural scenes to sexualised nudes and Bible scenes imagined in an English village, this major new exhibition of legendary British artist Stanley Spencer (1891-1959) brings together over 70 works spanning his entire career. Alongside major works such as Shipbuilding on the Clyde series created by during World War II, ‘Of Angels and Dirt’ will also showcase rarely-seen self portraits and extracts from his diaries and writings. The show’s title takes its cue from Spencer’s own statement: ‘I am on the side of angels and dirt’ – an enigmatic yet apt quote by one of Britain’s most visionary artists. 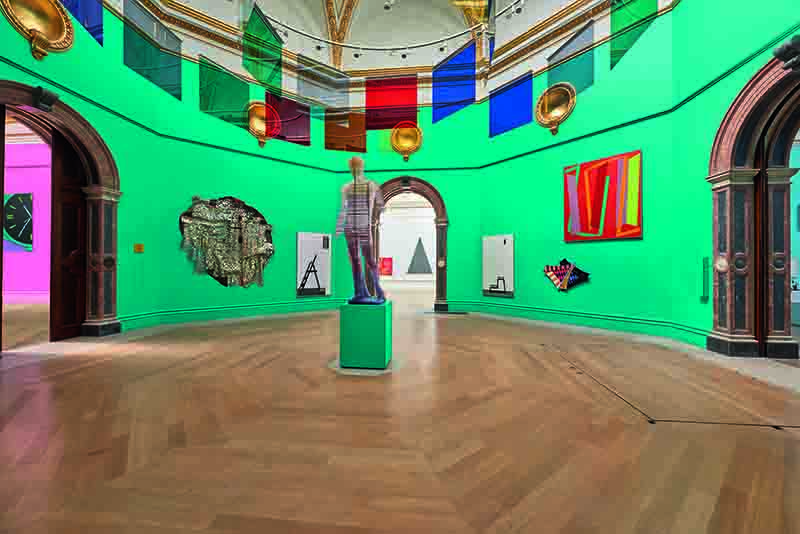 Coordinated by leading British sculptor Richard Wilson RA, the Royal Academy of Arts’s epic Summer Exhibition returns this year to mark its 284th edition. Presenting works by emerging artists to established artists representative of a variety of mediums and genres, the RA’s show is the largest open submission exhibition in the world and provides an exciting overview of what is happening in the contemporary art world today.