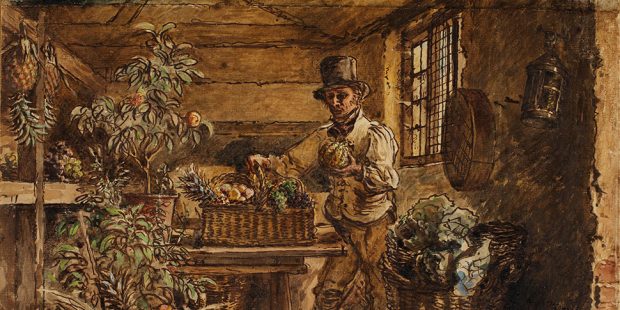 10 Exhibitions Not To Miss This July

This exhibition at Dulwich Picture Gallery presents the fruits of John Singer Sargent’s summer tours in early-twentieth century Europe. It’s a very summery selection of work, and the promotional materials for the show take pains to present these tours as holidays; breaks from the pressure of painting commissioned portraits of the English and American political classes during the legal, parliamentary and social ‘season’. One thing that might put some pressure on the curators’ concept of an artist ‘painting for pleasure’ is the fact that, even when he’s on holiday, Sargent does seem to be interested in architectural details and figures in extravagant costume, both of which are important features of his society portraiture. Were they busman’s holidays?

Showing at Dulwich Picture Gallery from 21 June to 8 October 2017. 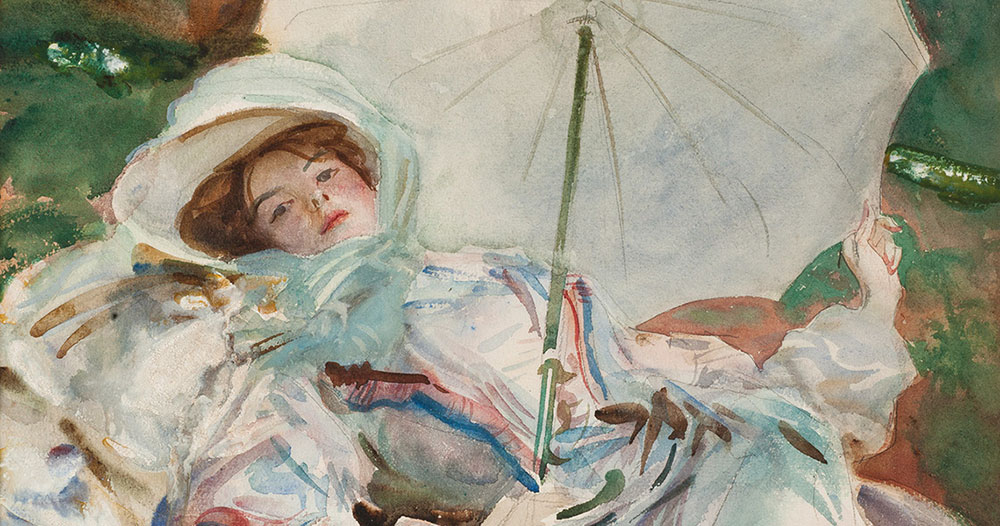 Detail from John Singer Sargent, ‘The Lady with the Umbrella’ (1911, Watercolour over pencil).

Jean Cooke was an artist for whom everyday things were wondrous: ‘Everything that happens when I open my eyes [each morning] is a surprise. It’s like dying and coming alive again every day.’ This exhibition presents all sorts of intimate and domestic scenes, featuring a host of previously unexhibited works from the collections of the artist’s children. 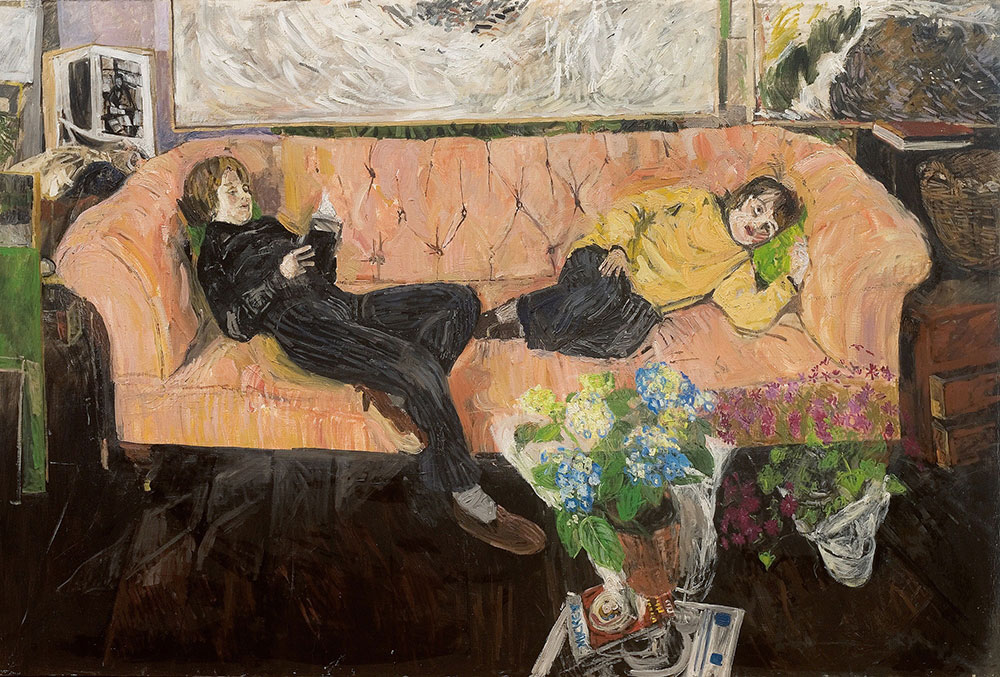 It’s relatively rare for a contemporary art exhibition to concentrate on a single work, never mind a single drawing. This exhibition focuses on Chad McCail’s drawing ‘Liars of Earth’, an enormous 100ft drawing which resembles in its scale the naïve panoramas of the nineteenth century. We (the united/unionised masses) are represented as giants, large enough to stand against the forces of late Capitalism, which are embodied as Godzilla-style monsters. The battle is certainly set in the future, but you’ll have to decide for yourself whether it’s a near, far, utopian or dystopian future…

Showing at Northern Gallery for Contemporary Art, Sunderland from 24 June to 8 October 2017.

Chad McCail, ‘Liars of Earth’ in situ at Northern Gallery for Contemporary Art.

4) The Encounter: Drawings from Leonardo to Rembrandt

This exhibition at the National Portrait Gallery features a wide range of portraits and figure studies by artists such as Holbein, Rembrandt, Carracci and Jordaens. The focus is on the ‘Encounter’ between the artist and their sitter; quite a vague definition for a major exhibition, but the quality of the artwork should make up for that.

Showing at The National Portrait Gallery from 13 July to 22 October 2017.

Howard Hodgkin travelled to India almost annually from the mid-1960s up to the last few years of his life. The subcontinent, its colours and its climate were an important source of memories, which were always Hodgkin’s material, and also a direct spur to the artist’s creativity: ‘I couldn’t work without it…’ As well as 35 works by Hodgkin, this exhibition features photographs, travel journals and documents from the artist’s personal archive, and Indian artworks from his own collection.

Showing at The Hepworth Wakefield from 1 July to 8 October 2017. 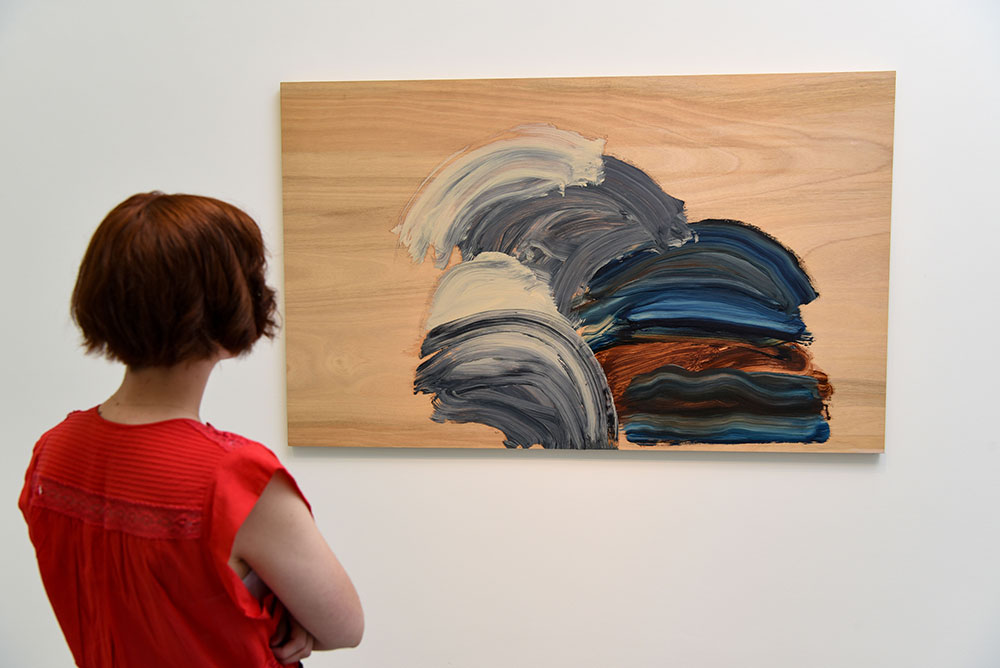 This exhibition at Parasol Unit foundation for contemporary art focuses on the paintings of Monique Frydman, an abstract artist who introduces the technique of frottage into her work, laying tangled piles of cord or string under her canvases, and then performing a ‘brass rubbing’ with pastels.

Showing at Parasol Unit Foundation for Contemporary Art from 7 June to 12 August 2017. 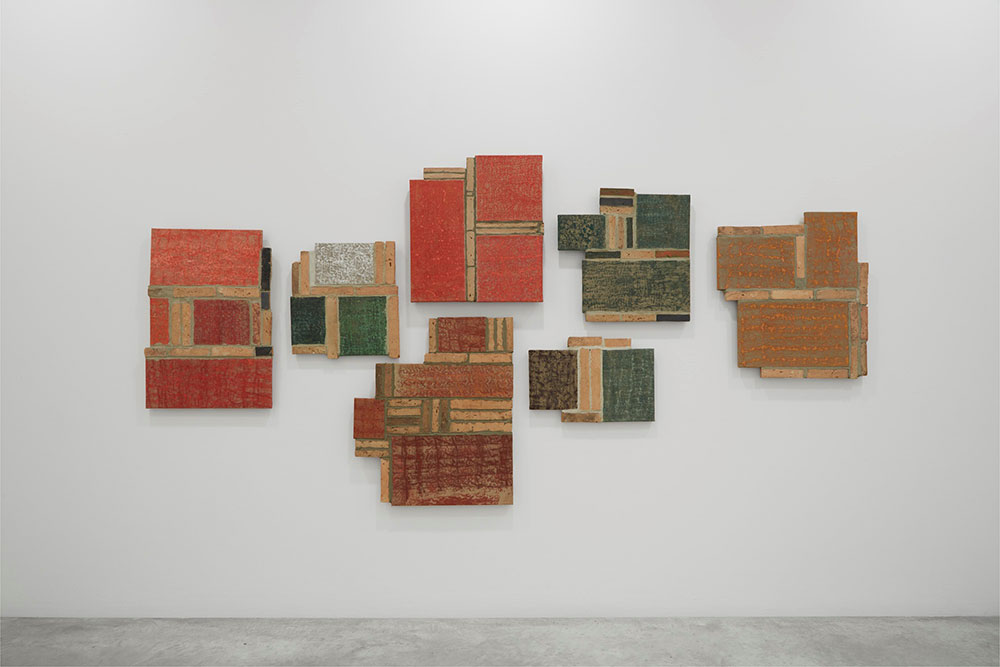 From the late 1950s to the late ‘60s, Walthamstow School of Art produced a number of influential artists and designers who would go on to be household names: the pop artist Sir Peter Blake, the filmmaker Ken Russell, the fashion designer Celia Birtwell, and many more. This exhibition uses artworks by former Walthamstow pupils and archival material from their college days to try to explain this startling South-West Essex Renaissance; to work out what was ‘in the water’. 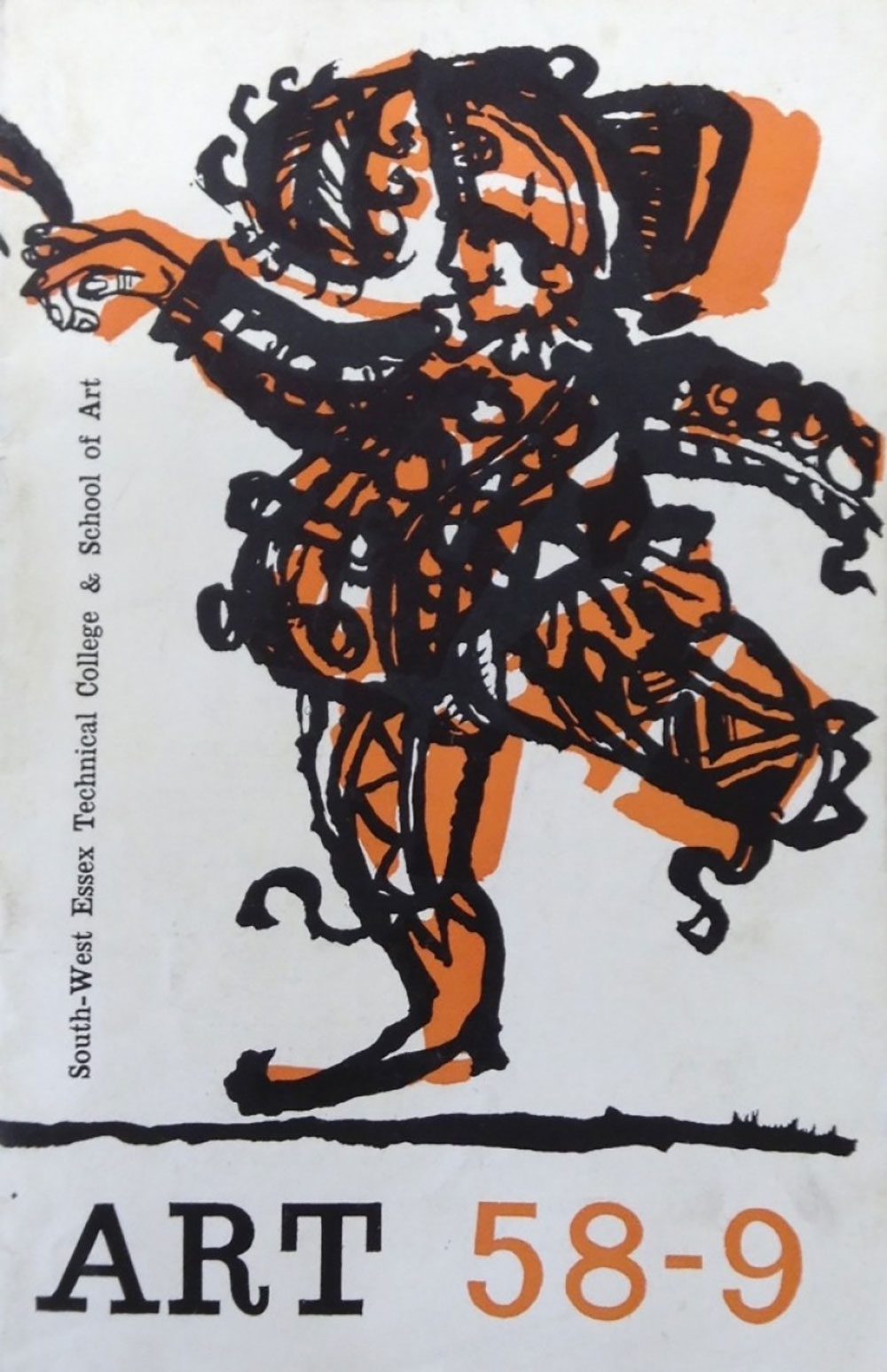 This small exhibition in the Courtauld’s intimate Drawings Gallery presents a collection of 20 drawings and watercolours created by William Henry Hunt between 1825 and 1845, when the artist was working on great aristocratic estates such as that of the Earl of Essex at Cassiobury. The works are portraits of ‘Country People’; some identifiable by name, most just ‘country types’. They possess a dignity and a placidity which belies the fact that the 1820s and ‘30s were an age of great resentment between agricultural labourer and landlord. This was the age of the Swing Riots; of shrinking wages, high rural unemployment, and depopulation; when labourers could suffer capital punishment or transportation for the crime of pinching a hare or a pheasant. Hunt might give us what the curators have called ‘an appealing vision of a rural society of dignified individuals’, but the rural poor of Georgian Britain were far from satisfied with their lot.

Showing in the Drawings Room at the Courtauld from 24 June to 17 September 2017. 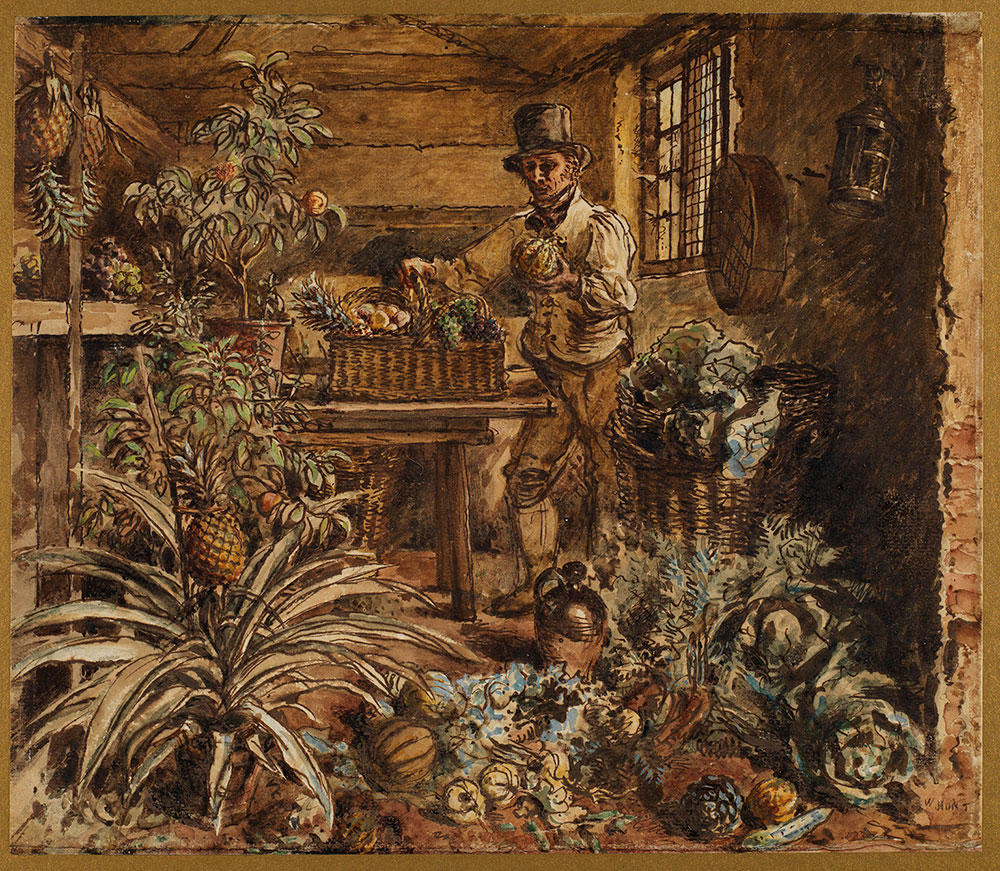 William Henry Hunt, ‘The Head Gardener’, c.1825 featured in the exhibition on Hunt in the Courtauld’s Drawings Gallery.

‘Breathing Colour is an installation-based show that takes a deeper look at the way colour behaves, exploring shapes, materials, shadows and reflections. Through a series of studies and unique experiences the exhibition will make us question: How does the light during the day influence the colours and materials? What is the relationship between form and colour? When does a colour lift up a shape and give it a new dimension? …The ultimate aim is to pit the power of colour against the power of form.’ – Hella Jongerius 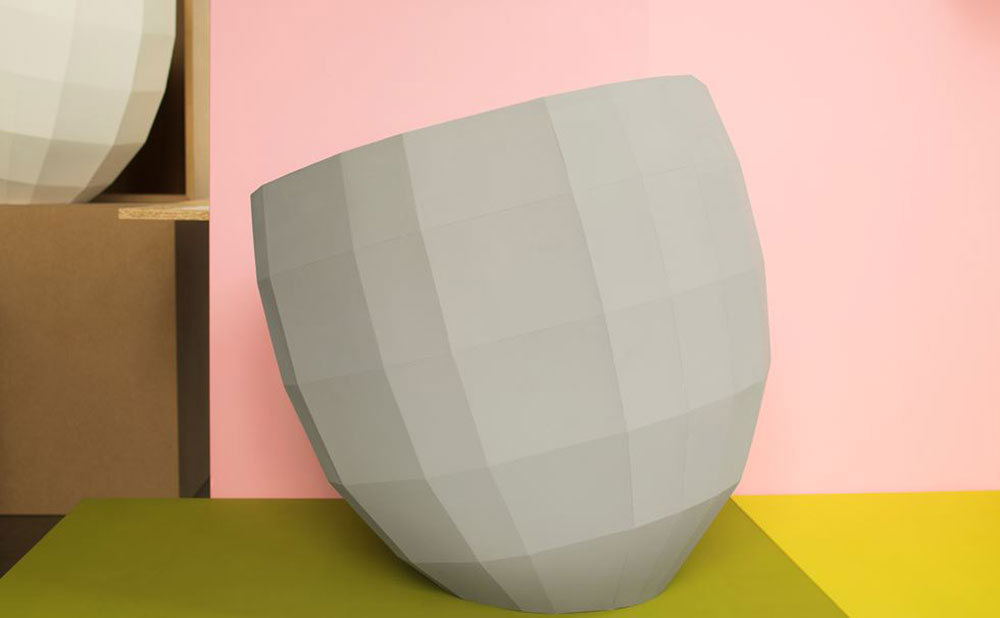 ‘Loose Ends’ (2016) is a two-screen video installation by Willie Doherty part-commissioned by Matt’s Gallery, London, and the Arts Council of Ireland to mark the centenary of the Easter Rising. Doherty focuses on street-corners where the fighting raged as well as areas more tangentially related to it such as Gola Island, County Donegal.

The image at the top of this article is a detail from William Henry Hunt, ‘The Head Gardener’, c.1825 featured in the exhibition on Hunt in the Courtauld’s Drawings Gallery.