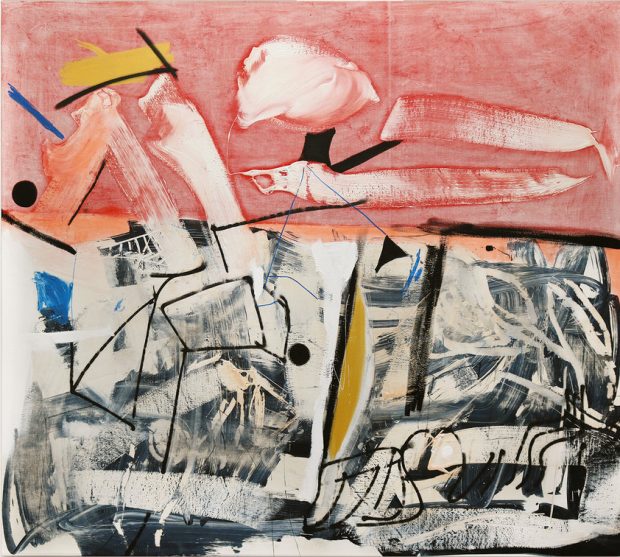 Current Events #16. A selection of UK art exhibitions on in week 16 of 2018, including group and solo shows across the country. (click images for larger view) 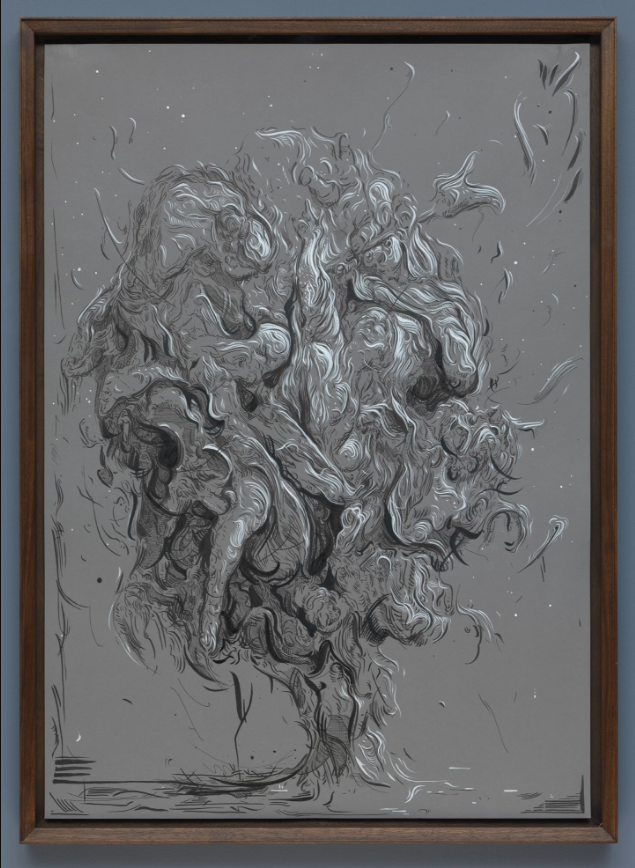 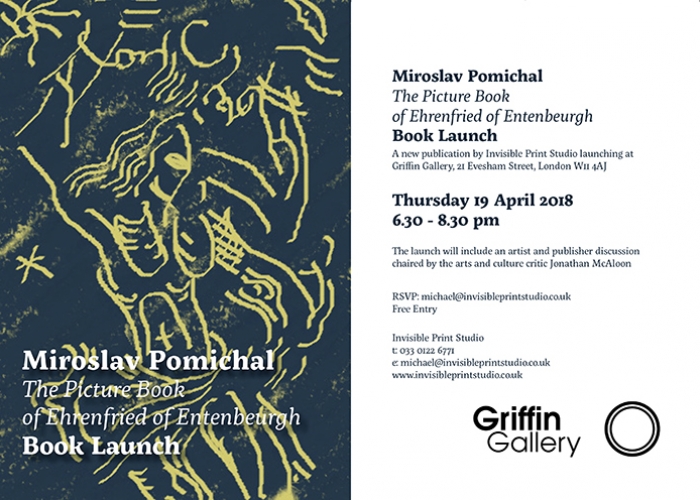 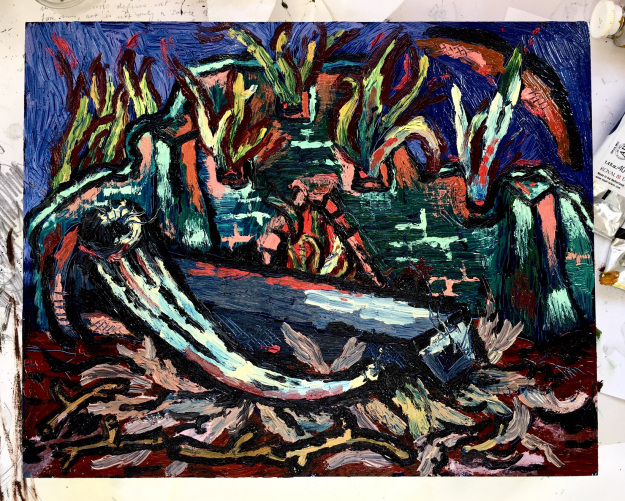 Miroslav Pomichal’s new artist book ‘The Picture Book of Ehrenfried of Entenbeurgh’ is being launched at Griffin Gallery, London this Thursday. During the evening the artist and publisher (Invisible Print Studio) will have a discussion on the work chaired by art and culture critic Jonathan McAloon.

The Picture Book of Ehrenfried of Entenbeurgh has been produced as a hand-made volume of original artworks, printed alongside a number of carefully chosen texts. This hand made book references a wide variety of sources, from medieval incunabula (early examples of printed books) to German Expressionist artefacts such as Wassily Kandinsky’s book, Klänge (Sounds) 1913. Kandinsky described Klänge as a “musical album.” The woodcuts, prose poems, and typography merge and complement one another in a symphonic synthesis. The Picture Book of Ehrenfried of Entenbeurgh uses the same romantic symphony of image and text, stitched together as an immersive journey.

Using the traditional notion of the ‘traveller’, The Picture Book of Ehrenfried of Entenbeurgh tells the story of philosopher-vagrant, stumbling through the centuries in search of the essence of the European imaginative modus operandi. The artworks are produced in a process that is simple but unique to Pomichal’s practice; being both painterly but with echoes of German Expressionist woodcuts. The imagery is created with Microsoft Paint, a simple raster graphics programme that is arguably the most widespread and accessible program of our time. It is something of a cultural artefact itself. The digitally produced artworks are then printed on archival matte paper, hardbound and published as a limited edition of 100.

Pomichal says: “The book represents Ehrenfried’s imaginary inner journey. This inner journey expands and contracts according to its own ahistorical logic, moving beyond time and phenomena and aspiring towards the ideal, synthetic form of, what I call, ‘the Gothic impulse’. This is laced with unreason, inter-connectedness, hypertension, anxiety, and feebleness of excess. The essence of ‘the Gothic impulse’ is schismatic and blasphemous, as well as anagogical and divine”.

Miroslav Pomichal (1984, Bratislava) lives and works in London and Velka Lehota, Slovakia. He studied at the Courtauld Institute of Art (BA Art History) and Wimbledon School of Art, University of the Arts London (MFA Fine Art). His solo shows include Duino Elegies at Kun Kelemen Fine Arts (2017, Bratislava), Kaukazske Malovanky at Flatgallery (2016, Bratislava) and Living Like a God at CANAL (2016, London). He was selected for Saatchi New Sensations (2014) and Bloomberg New Contemporaries (2014-15) and exhibited at the Institute of Contemporary Arts London, Newlyn Art Gallery Newlyn, Bosse & Baum London, The Lightbox Museum and Gallery Woking, or World Museum Liverpool.

Invisible Print Studio is a publisher and producer of original concepts in print. Launched in 2013 by Michael Hall and Coralie Sheppard it has published editions by Simon Patterson, Bruce McLean, Andrew Bick, Ray Richardson and many more established and early career artists. Their most recent project The Arca Project: An Exhibition Inspired by the Work of W.G.Sebald was their first full curatorial project in print and was presented by PayneShurvell Gallery in London and Suffolk. 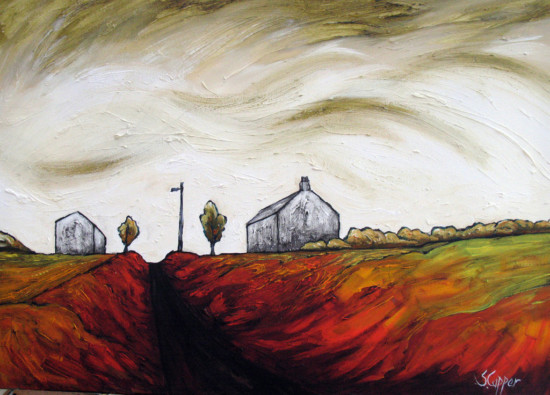 ‘The show features pieces with Steve’s trademark use of kalaedescopic colour and his take on still life and the regional landscape. In viewing Steve’s work, we are visually reminded of what was one once said about The Beatles song which inspired the title of this exhibition: “A sonic carpet that enveloped the ears and sent the listener spinning into other realms”.’ 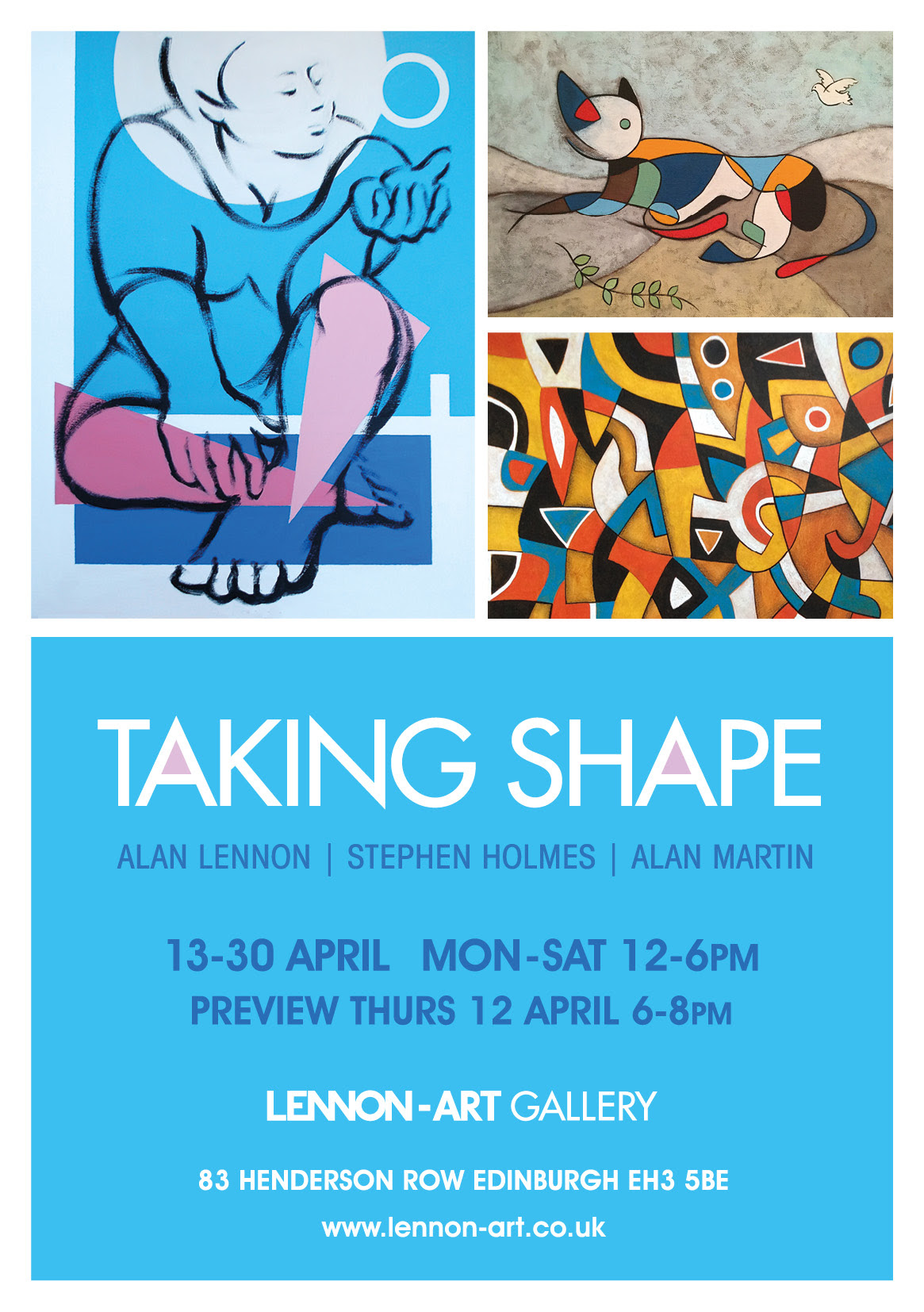 This exhibition presents work by three artists Alan Lennon, Stephen Holmes and Alan Martin on the theme of the contemporary, playful and abstract to showcase their different approaches.

No Man’s Land: Talk and Silent Disco by Darvish Fakhr 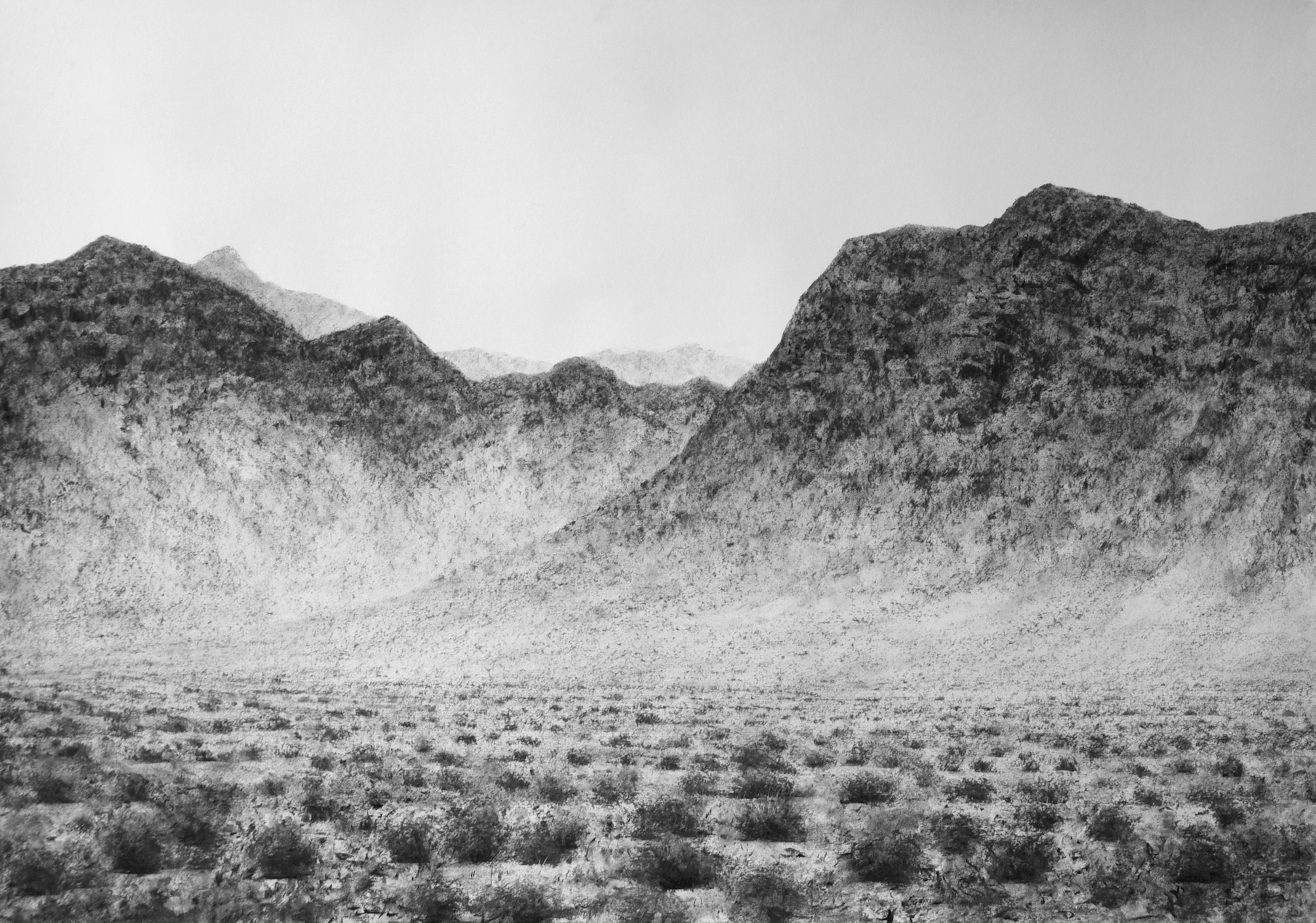 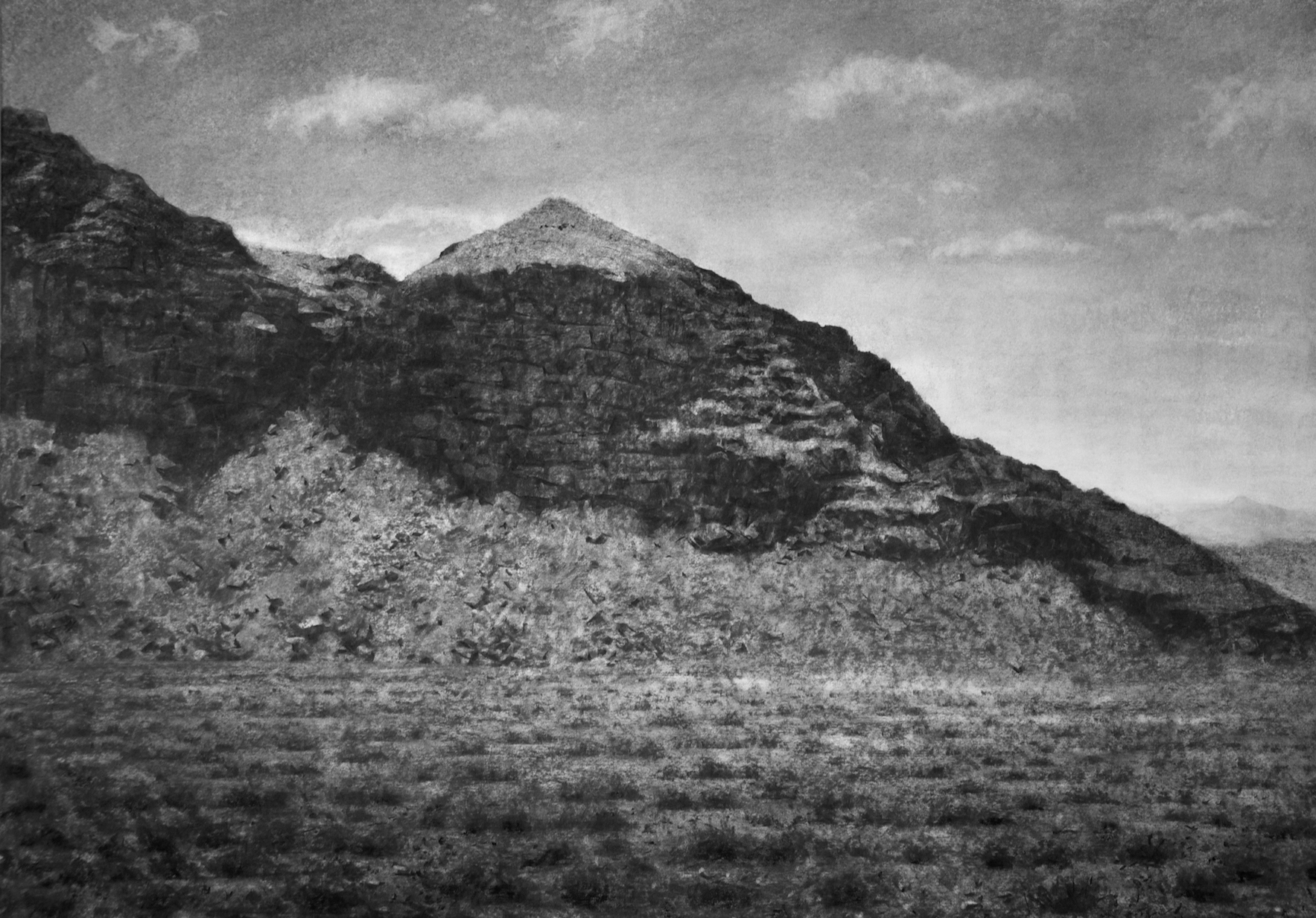 No Man’s Land is a solo exhibition by Iranian-American artist Darviswh Fakhr. The show focuses on the incredible tale of the deaf-mute Iranian farmer Darvish Esfandiarpour and his silent rebellion against the environmentally devastating land reforms of the Shah of Iran’s regime in the 1960s. Over almost have a century, Esfandiarpour assembled heavy stones on dead trees, giving birth to the Stone Garden – a site of both devastation and rebirth, and invigorating ceremonial dances.

Mainly consisting of oil paintings and charcoal drawings the show itself investigates the notion of boundaries, space and movement.

On the Thursday 19th April, Fakhr will be joined by the British dancer Akram Khan top hold a discussion on the themes of the show and go on to hold a silent disco in celebration of The Stone Garden. Movement is a key practice of Fakhr’s work since he sees his studio as a cosmic gym. 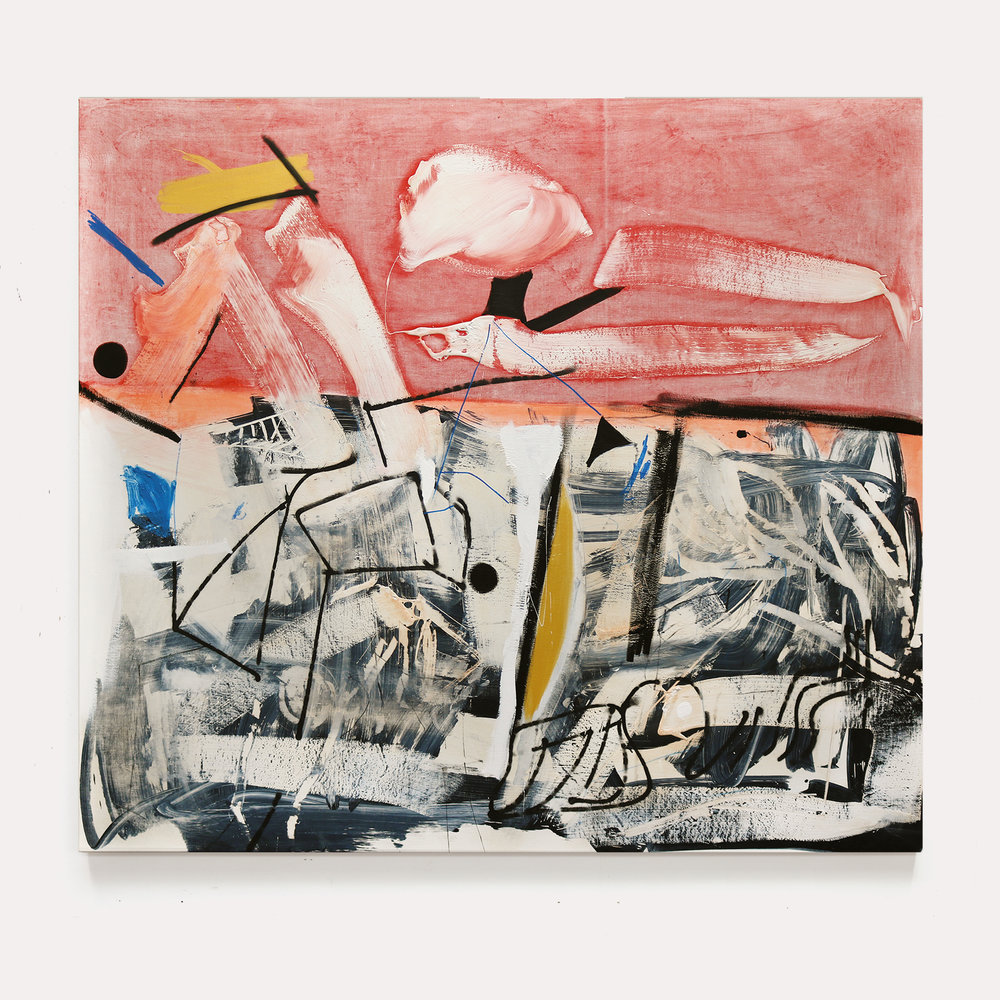 “Where Do We Come From,  What Are We,  Where Are We Going”
This solo exhibition of Arthur Lanyon’s multi-media and multi-scale paintings demonstrate ad intense two year period of creativity and development. Spanning 3 floors of the gallery, ‘White Chalk Lines’ invites the viewer to explore Lanyon’s frenetic and vivid stream of consciousness presented as dynamic mark making.

‘Delving into the ambiguous, abstracted and gestural work of this talented young painter, one absorbs the tangible imprint of recent experience, distant memory and notable lineage.’ 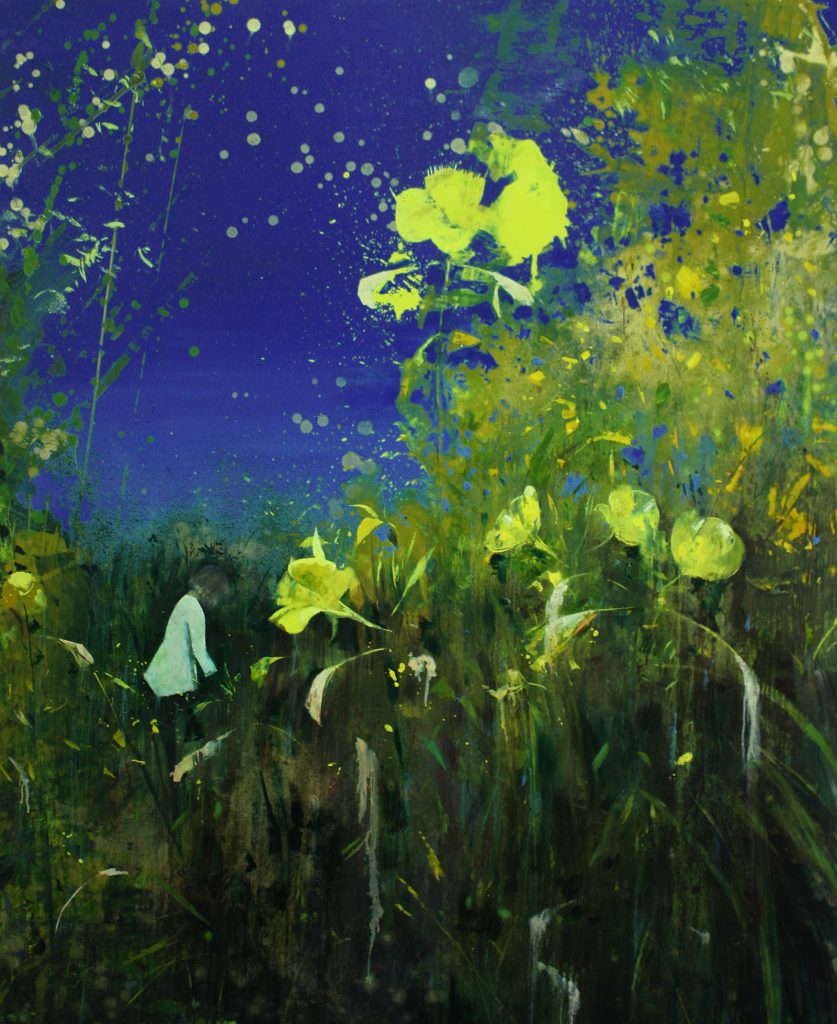 “The mind is its own place, and in itself can make a heaven of hell, a hell of heaven” Paradise Lost, John Milton, 1667

The show is a celebration of the diversity of the natural world and hints at it’s decline in the face of man. The fall of man is positioned as a place to investigate the state of the world we live in today after man has been banished from paradise.

‘Mehta Bell Projects encourage a dialogue on the potential hazards and misgivings of the world we live in, and investigate the consequences of our actions in these deeply troubled times. On a voyage through the exuberance of nature and its infectious energy, these works also pose a valuable reminder of the temptations and risks that are ever present and ask that we be mindful that paradise can be lost.’ 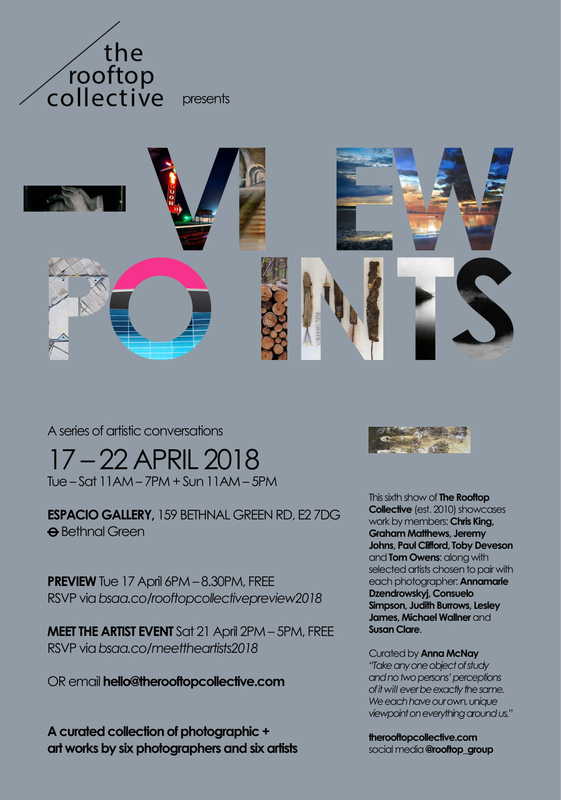 Viewpoints is a series of artistic conversations: it is a collection of photographic & art works by six photographers and six artists, curated by Anna McNay. Subject matter includes sublime landscapes, dynamic portraiture and work that acts as an immersive experience. Cohesion is brought to the exhibition by the artists working from London and everyday local surroundings in order to form an ongoing dialogue about their thoughts and ideas.

Our wide range of fine art brushes are excellent q

This selection of M. Graham watercolours has been