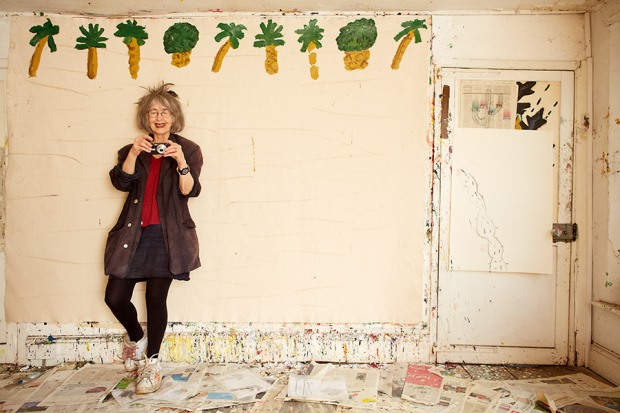 Rose Wylie is the winner of this year’s prestigious John Moore’s Painting Prize. As part of our annual Review of the Year series, she tells the Jackson’s Art Blog how 2014 was for her. 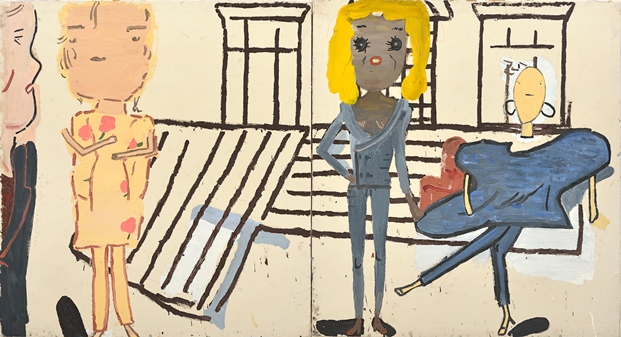 Rose Wylie:’PV Windows and Floorboards’ Courtesy of the Artist and UNION Gallery

Rose Wylie’s prize-winning painting ‘PV Windows and Floorboards’ depicts 4 lively characters with defined sartorial sensibilities posturing in front of the aforementioned PV Windows and Floorboards. The work is typical of her oeuvre; comic and vibrant, Wylie’s works are made on a huge scale (this painting being over 3 metres wide) and depict imagery and characters from contemporary low and high culture (she has been known to paint the footballer John Terry alongside the Queen of Sheba).  Much has been made of the fact that recognition for Rose Wylie’s work has been a long time coming (she began her art school education in 1952 but only really began to attract attention in the late 1990s) but to my mind this is not the most newsworthy aspect of Rose Wylie. More inspiring than this is her real engagement with painting – her ability to be free with her subject matter and chop and change sections of canvas to create new narratives and constructs. To her one senses that painting is as much about play as it is about design, colour or story-telling. 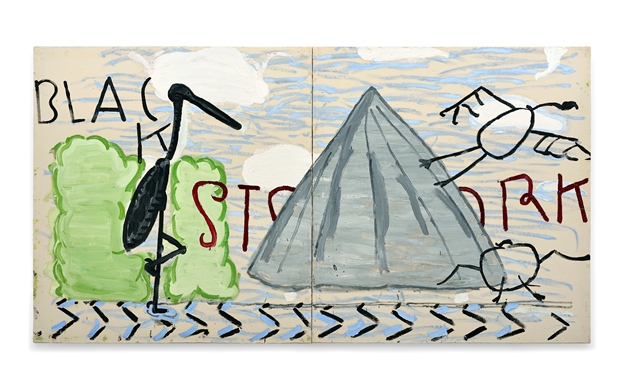 Lisa: The recognition of your work has grown and grown in the past few years and this year has seen the John Moore’s Painting Prize awarded to you for your work ‘PV Windows and Floorboards’. Has the recognition affected the way in which you work? 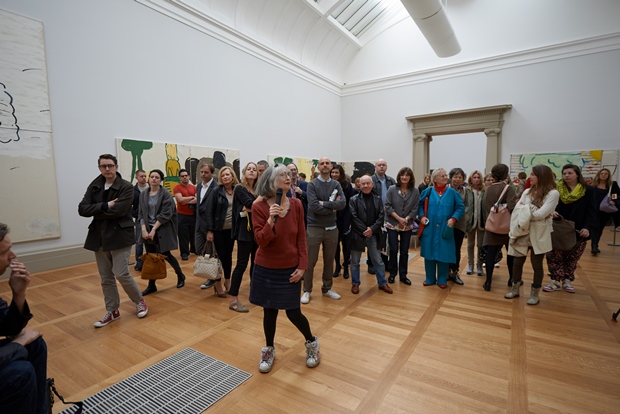 Lisa:What work have you been most pleased with in 2014?

Lisa: What has been your favourite exhibition this year?

RW: Haven’t seen it yet, but probably after Matisse’s Cut-Outs, Sigma Polke

Lisa: What have you learned this year?

RW: To use a computer 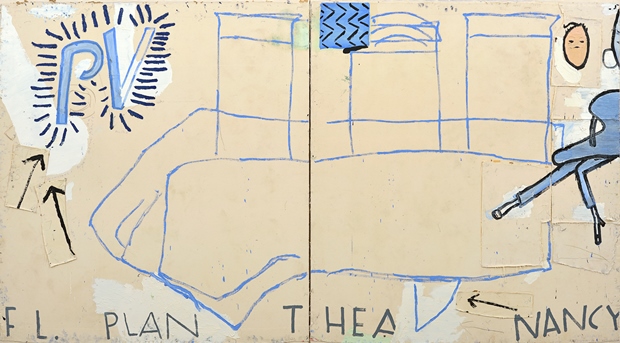 Lisa: Did you face any creative struggles in 2014 and if so how did you overcome them?

RW: Yes, to do some etching… I had a go at it with a screw-driver

RW: Seeing my etching,… my piece in the middle, and/but more to the point, with TalR’s border round it, (which he is etching). A joint work. 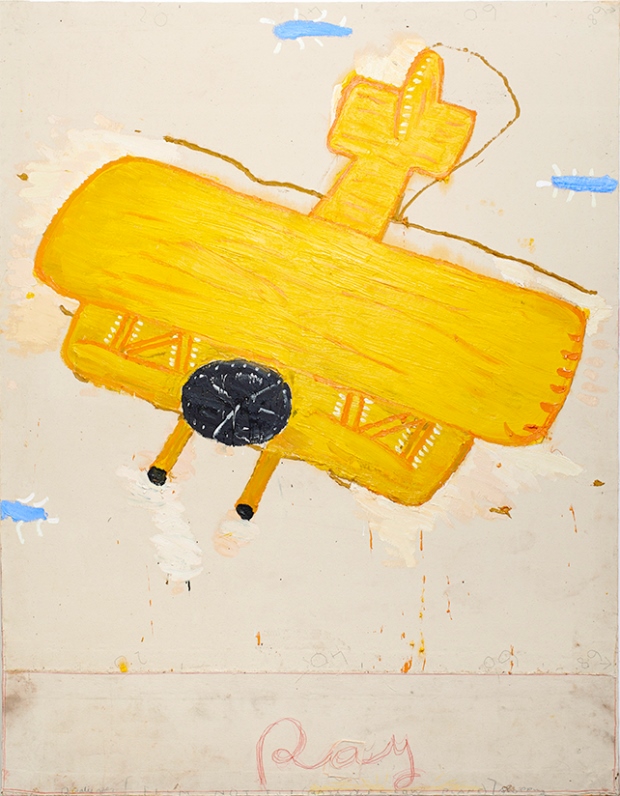 Lisa: What colour could you have not done without this year? 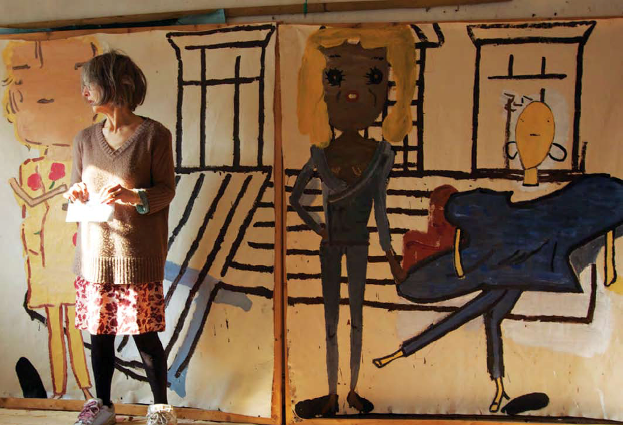 Rose Wylie in her studio

If you've planned to start the creative year afres

The intense colour saturation and purity of Jackso

Conceived by the visionary and sustainable Belgian

For Jackson's Professional Oil Paint we mix our pi