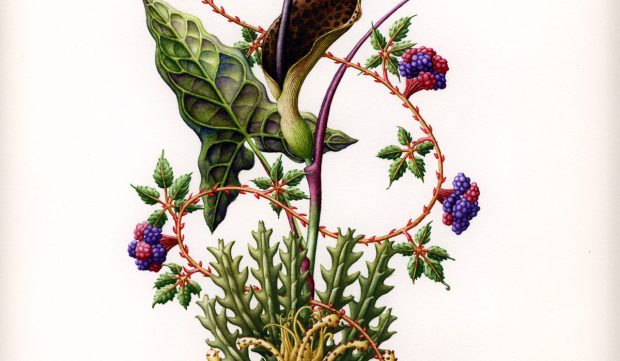 ‘The Boundaries of Botanical Art’ Series continues with Helena Goldwater! Helena’s work uses botanical illustration symbolically to explore the representation of emotion and the depths human relationships. By transforming this normally narrative-less, scientific visual-archive into a contemporary code she is able to make works that subtly represent and critique layer upon layer of modern and dated culture. Her paintings teeter the boundary between botanical illustration and contemporary art, combining the two in one almost undefinable series of works.

Debbie Chessell: Hello Helena, thank you for talking to us about your work! I loved the painting you have displayed at the Guildhall exhibition, Nature Morte – can you tell us a little about that piece?

Helena Goldwater: Jaunty was painted in 2006, alongside several others, similarly in groups, in and around that year. They are all of seemingly conventional botanical paintings, and in fact are based on the scientific 18th and 19th century botanical tradition. However, I have changed their colour, spliced plants together and invented certain areas. They are also from different parts of the world and wouldn’t necessarily flower at the same time. I was interested in the idea of truth and notions of science versus the fantastical and displaced – including the study and representation of the so-called exotic. The title Jaunty came after I had completed the painting – it seemed to me that it was having a dance and was rather cock-a-hoop. 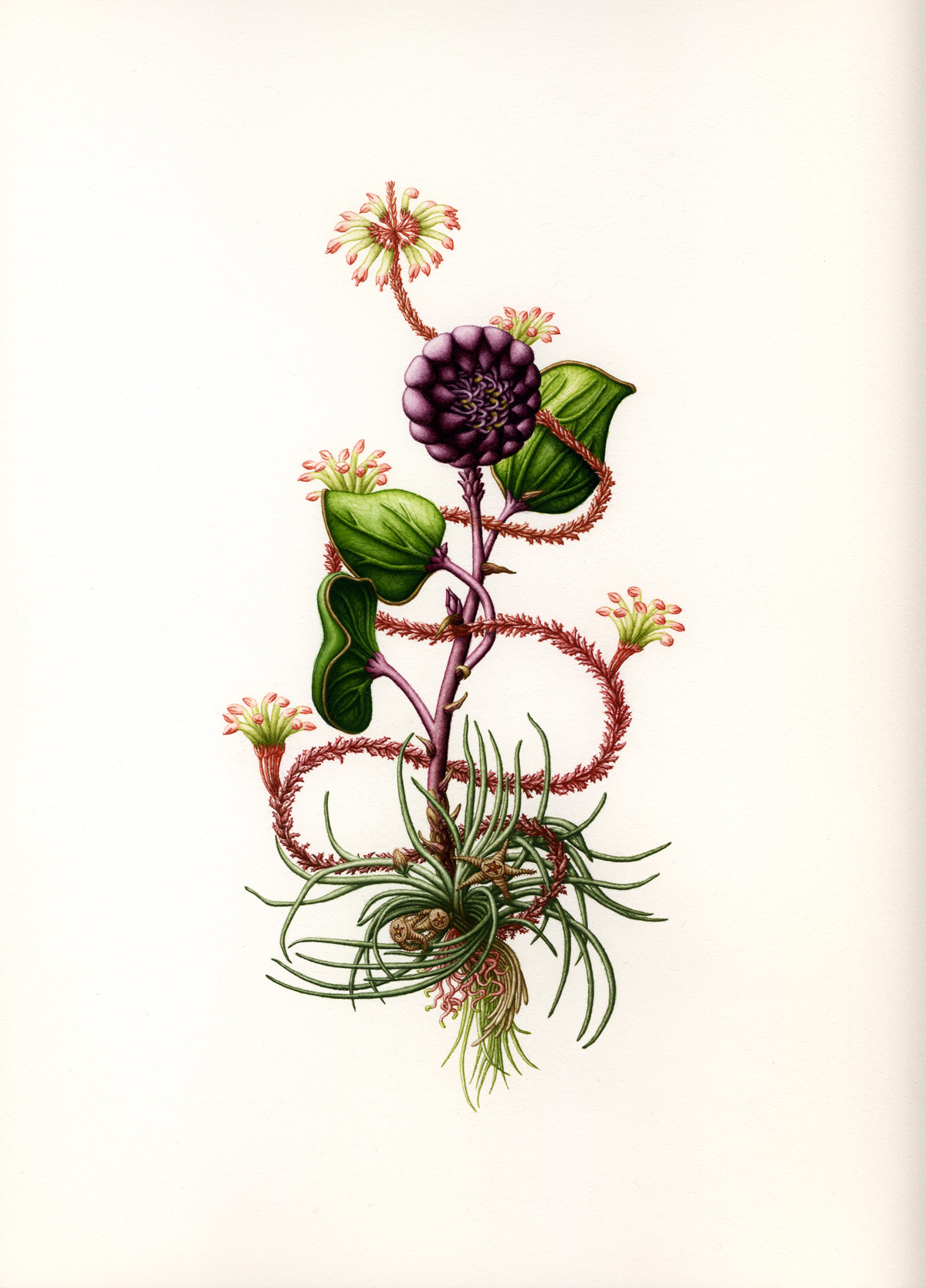 What started you painting in this way?

In the early 2000s I was very interested in codes of language, how meaning is understood or indeed misunderstood, especially in terms of cultural difference. My research led me to the Victorian language of flowers, where every bouquet conveyed meaning to the receiver. This could range from the well known, such as ‘I love you’, but more interesting to me, the complex and less loving, such as ‘You are not worthy of me’. I wanted to explore creating my own alternate pictorial language, utilising this but with new messages. Having predominantly made performance art since the late 80s, and not having painted since school, I had to re-learn how to paint! The idea leading the form has always been one of the wonderful things about being an artist for me. In 2006 I made the series that Jaunty belongs to, and which hides the messages so thoroughly that any meaning would be read through the image, with the title adding another layer. 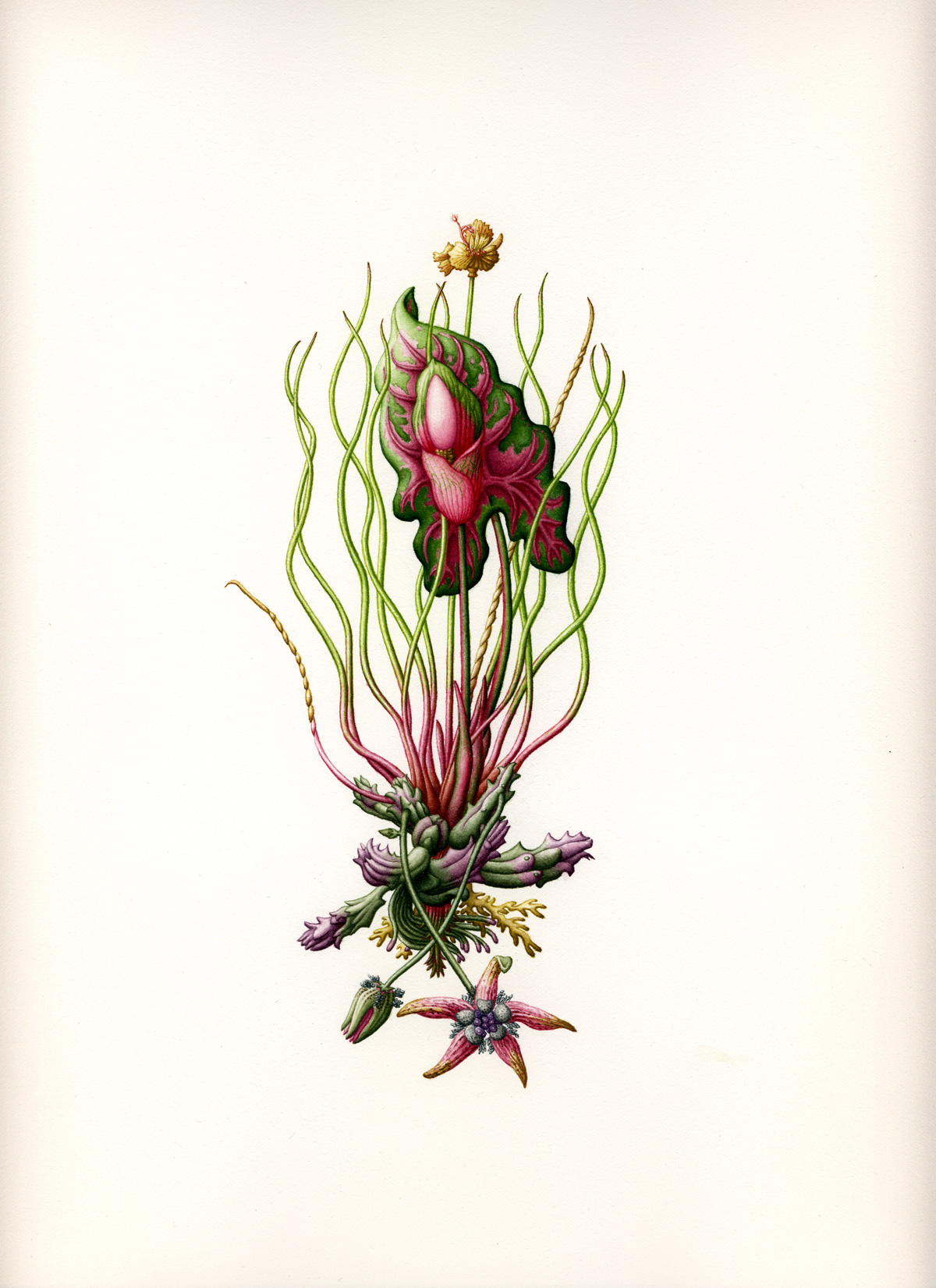 Your designs are fascinating – at a glance their forms look so plausible yet on closer inspection they’re completely alien. Is there a process you use to generate them?

The process begins with a vague composition inspired by either a shape or an image – whether botanical or organic. I am only interested in nature because of the impossibility of fully understanding it. Science has offered problematic, even dangerous truths, which make me nervous, for example, the study of gay or transgendered people’s brain difference, or the gay gene, eugenics and so on. As time passes these essentialisms become questioned and re-considered, and one’s perspective on them depends on one’s own moral compass or position. I wanted to mess with ideas of beauty and truth so that truth became impossible and beauty was bound up with something slightly disturbing. It is important that the process always results in images of ‘nature’ that are really images of beings performing on the page, offering us new narratives. 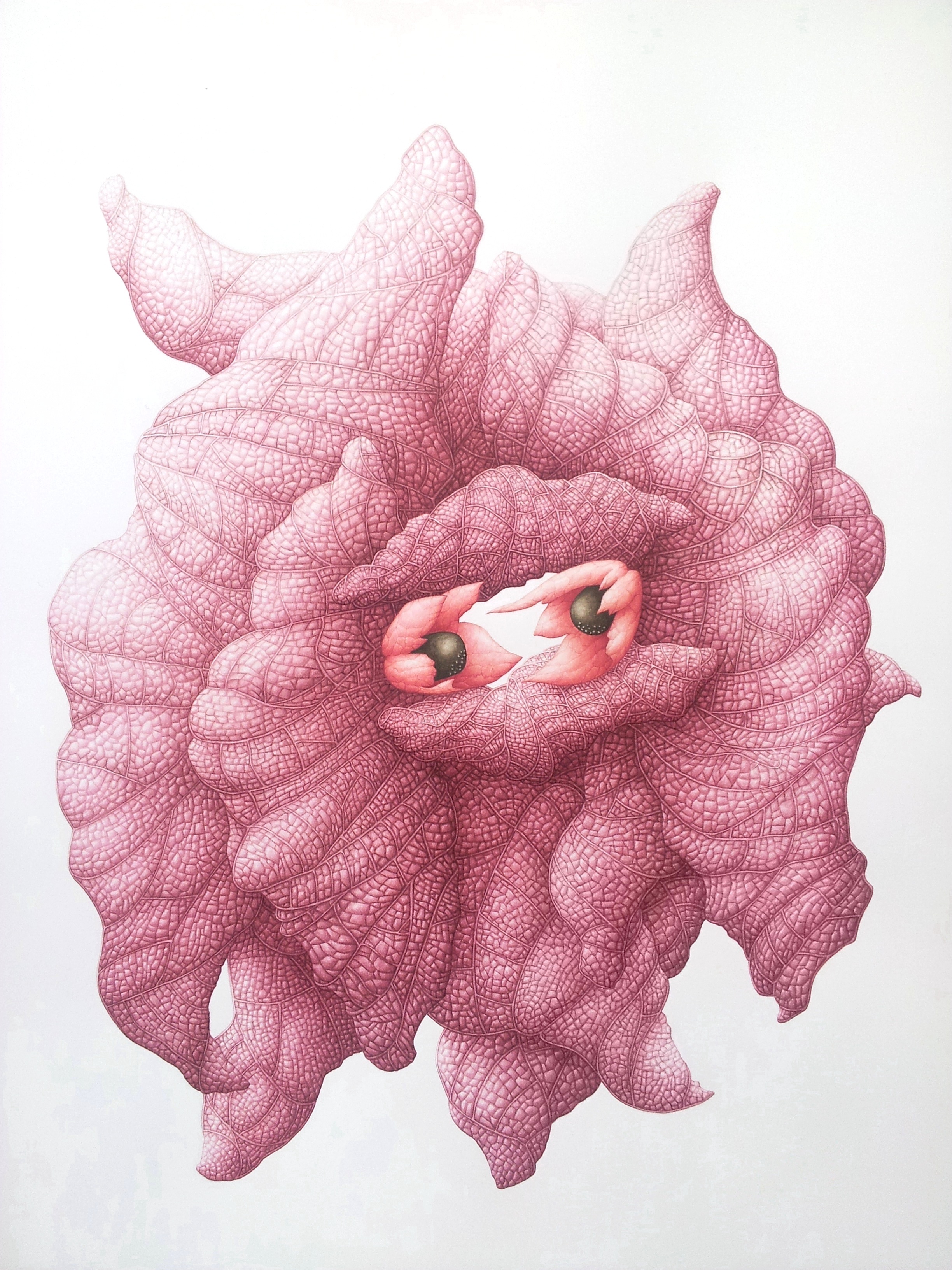 What mediums and tools do you use to produce these paintings?

I always use watercolour on Arches hot pressed paper. My brushes usually range from 1 to 0000. I am not using watercolour to create washes and expressive mark making – the paintings are very detailed and controlled. This means it can take months to make one painting. I like the process of the materials and the transforming of them from one state to another. 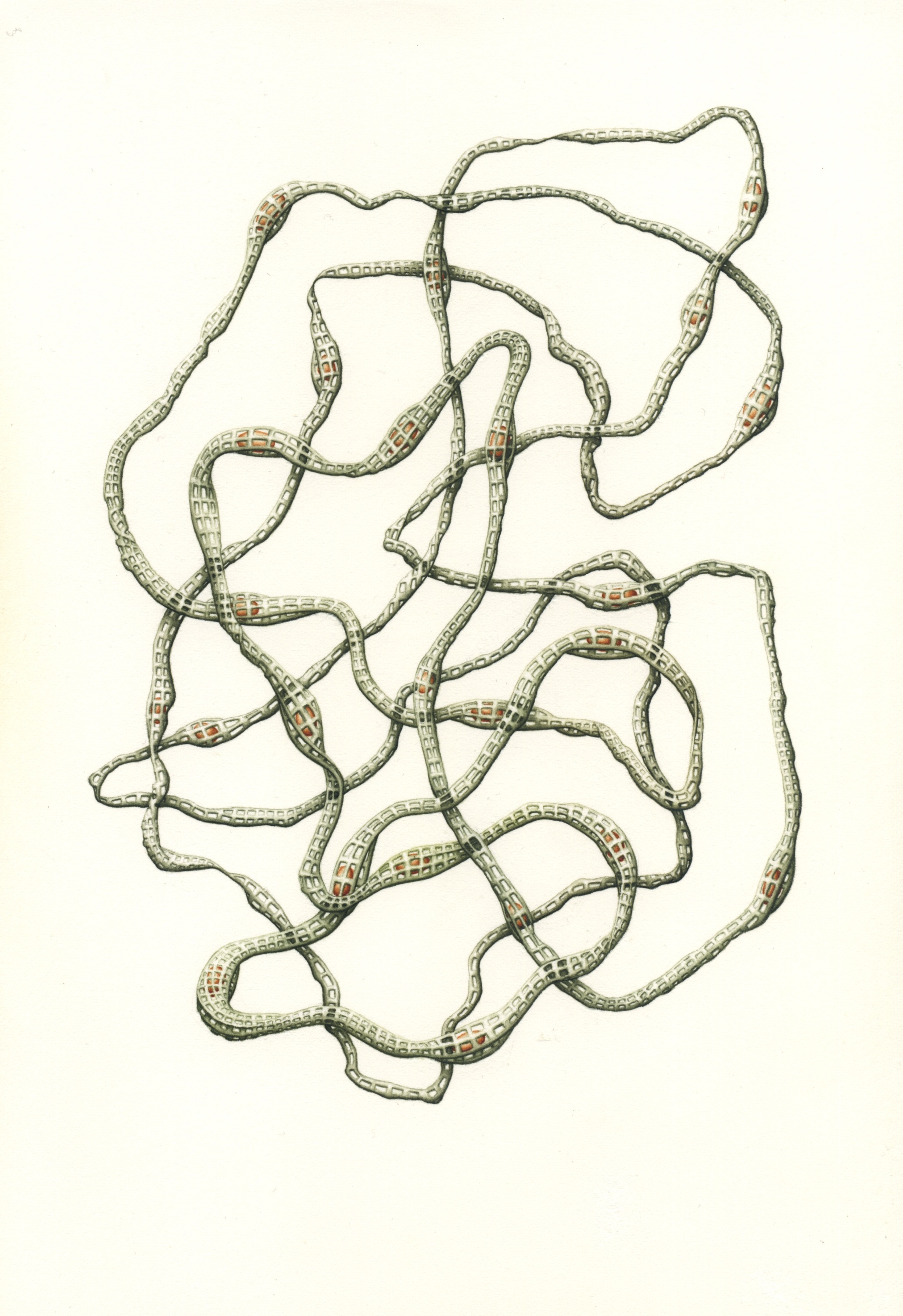 How do you define Botanical Illustration?

There are wonderful examples of localised drawings and recordings of plant-life from the 12th century, but the Botanical Illustration that is admired and thought of today, fully emerged in the 18th century, in an era of Western explorers on scientific missions across the World. On the one hand they were ‘discovering’ and recording plants to learn about the World and improve medical understanding. On the other it’s a period of history that is clouded with Imperialism and power. Whilst the works by artists such as the Bauers, Mutis and Ehret, and the images recorded during the Dutch Tulip boom, are captivating, I can’t look at them without thinking about the people whose lives were affected, even destroyed by such visits from the colonisers and capitalism. For me they are double-edged swords, full of history and cruel realities. 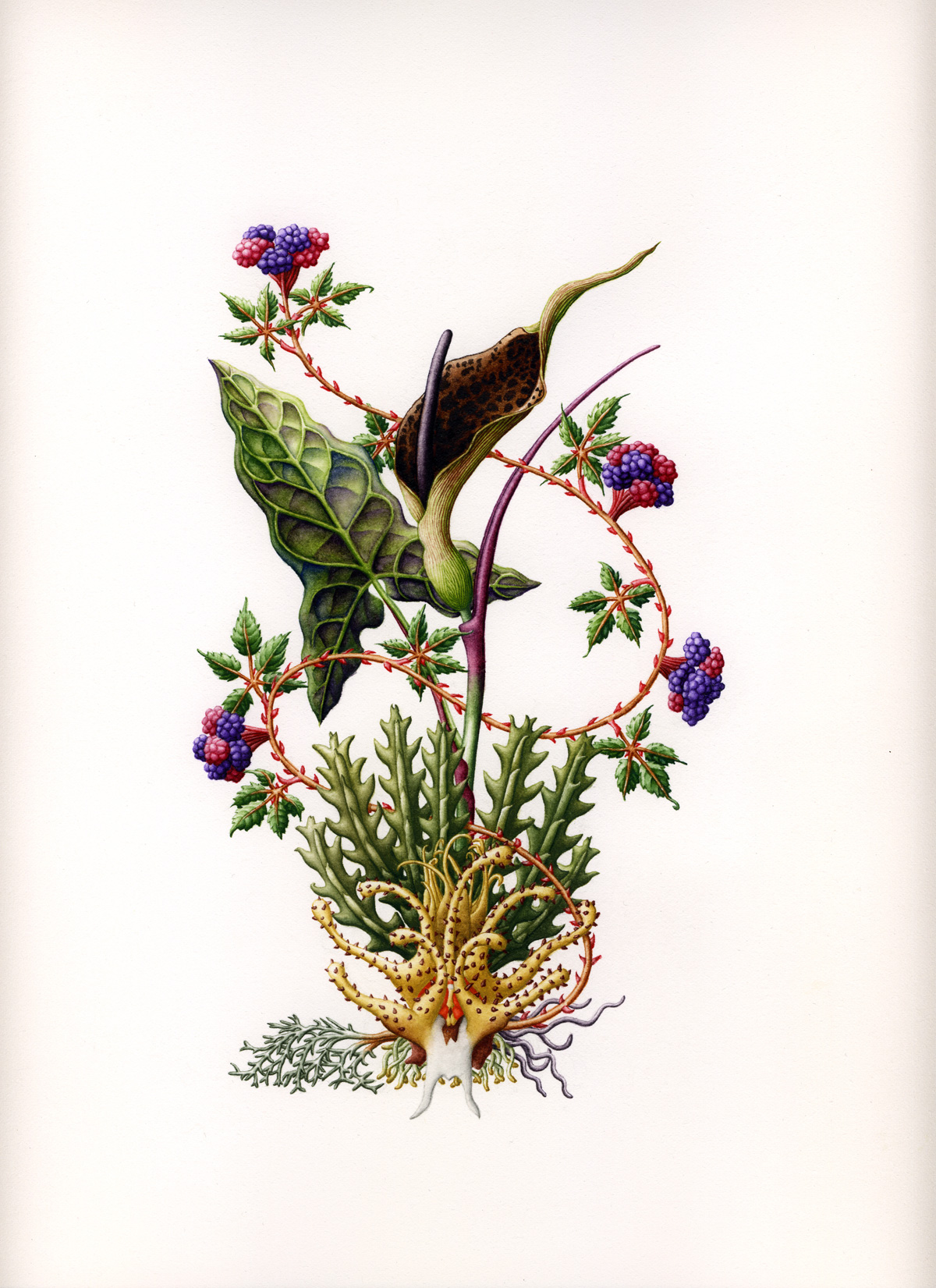 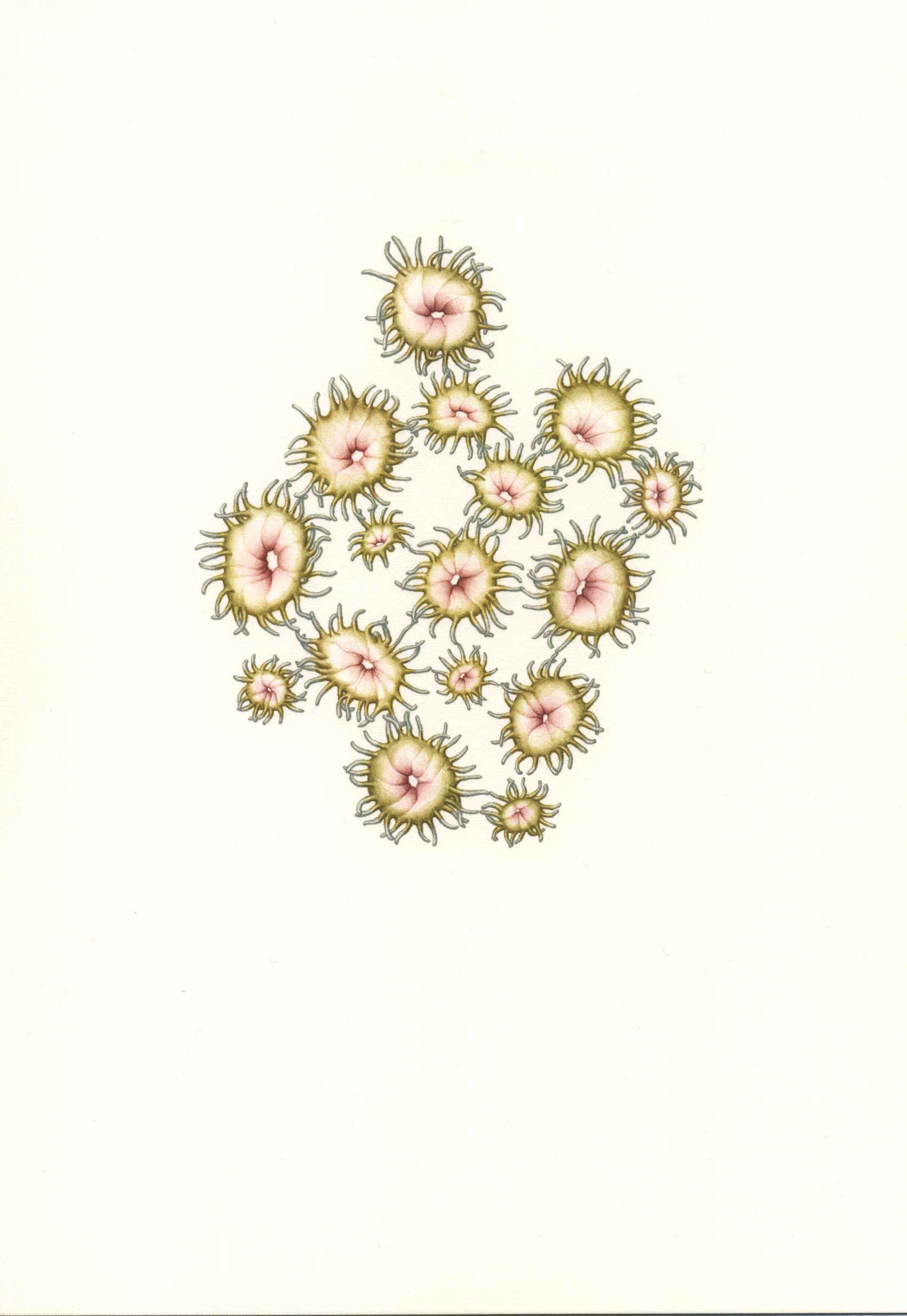 What’s an ideal day in the studio for you?

I am a very restless person, so my ideal day in the studio is when I am completely immersed in painting, which slows me down into an almost meditative state. It’s a similar state as when I’m performing my durational works. In order to understand or question something a transformation needs to happen, an opening up and a philosophical thinking through the body. 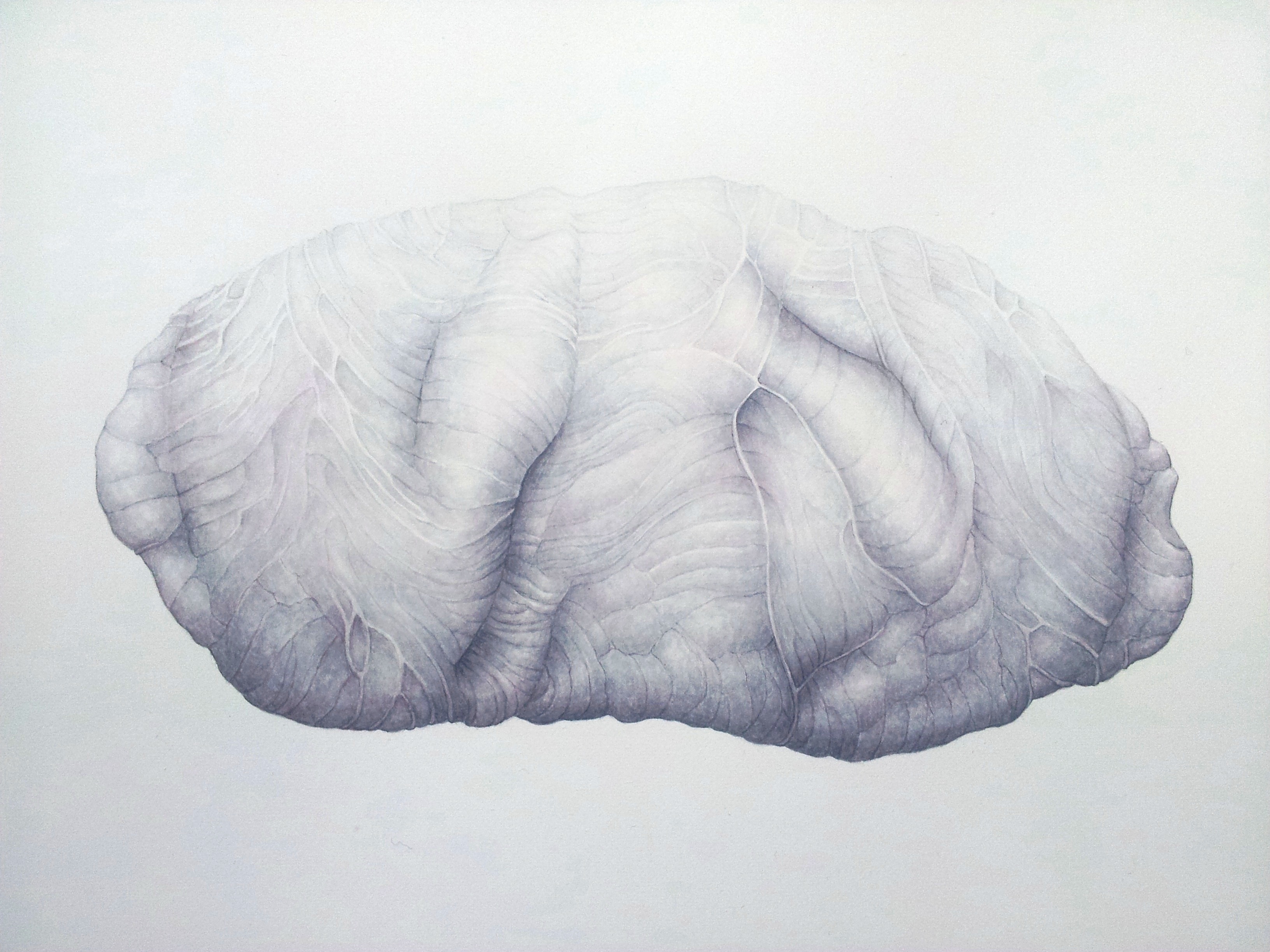 Who do you consider to be your artistic influence? 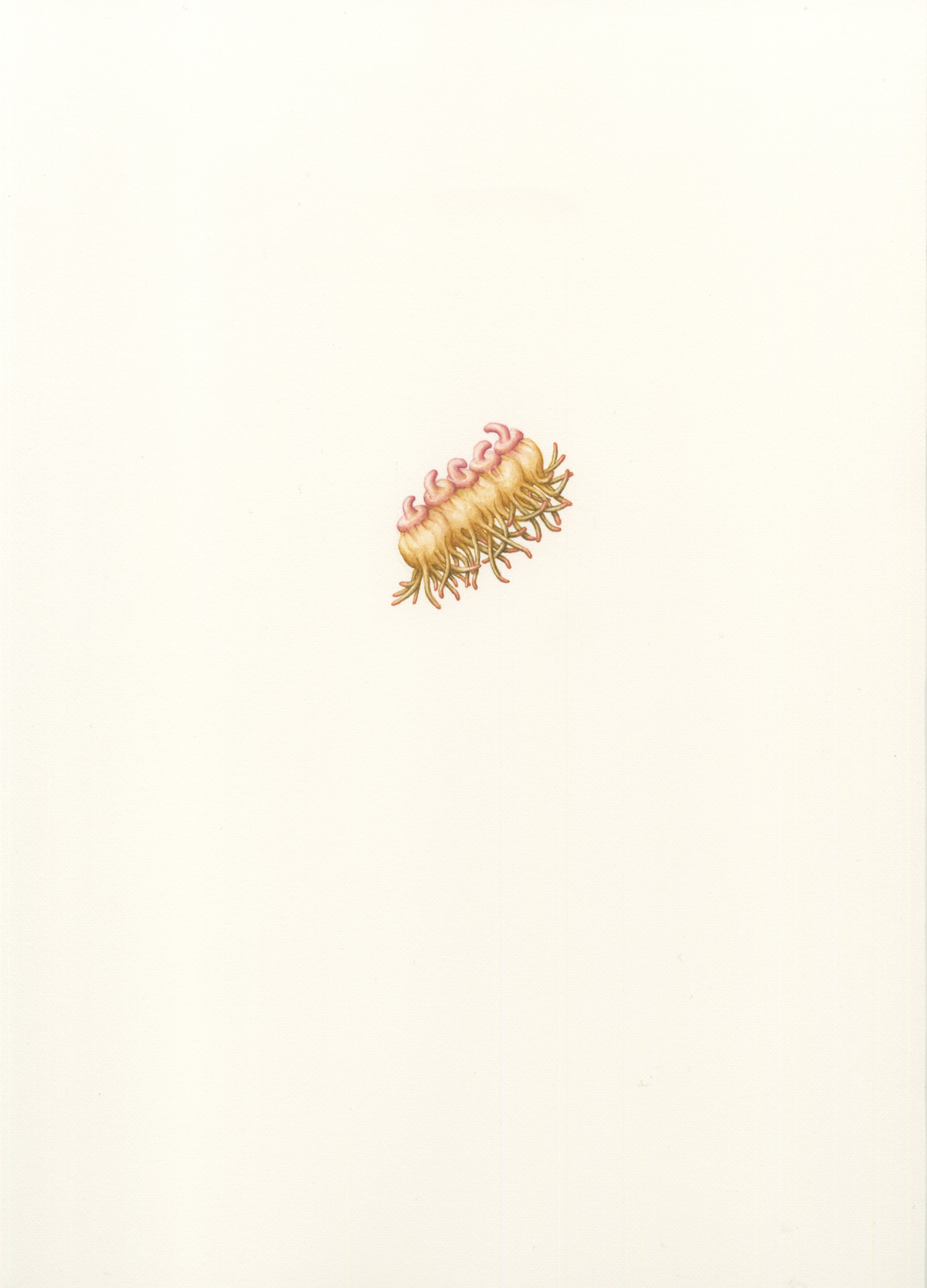 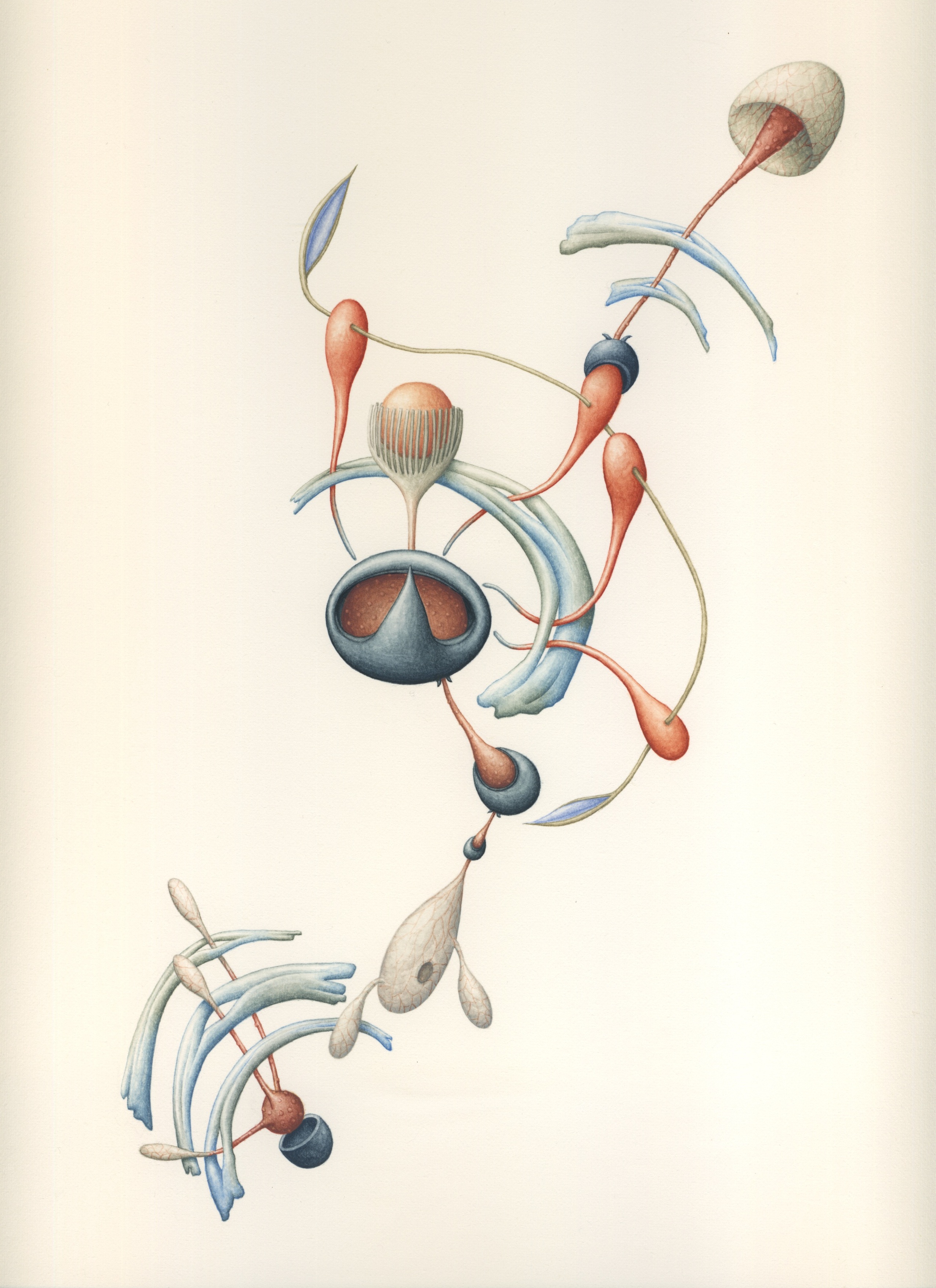 Where can we see more of your work, in the flesh or online? Do you have any upcoming shows or projects?

I’m focusing on my performance art in terms of upcoming projects, so the best place to see other examples of my paintings is online on my website: www.helenagoldwater.co.uk

Nature Morte is the Guildhall’s largest exhibition to date. It features work by major international contemporary artists including Michael Craig-Martin and Gabriel Orozco, as well as art from London-based artists and the City’s own historic collection dating back to the 15th century.

The exhibition has been brought together by MOCA, London, in partnership with Guildhall Art Gallery.

Inspired by Helena’s work? Submit your work to our competition