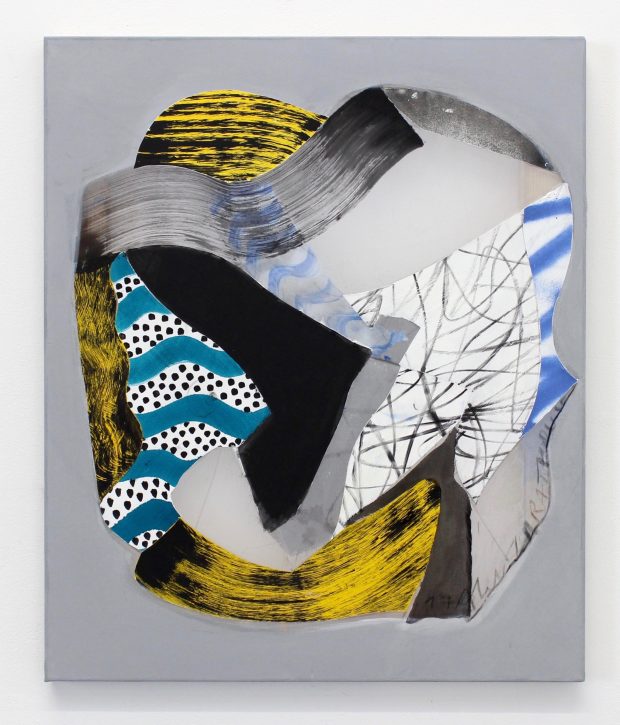 Current Events #48. A selection of UK art exhibitions and events for week 48 of 2017.
(click images for larger view) 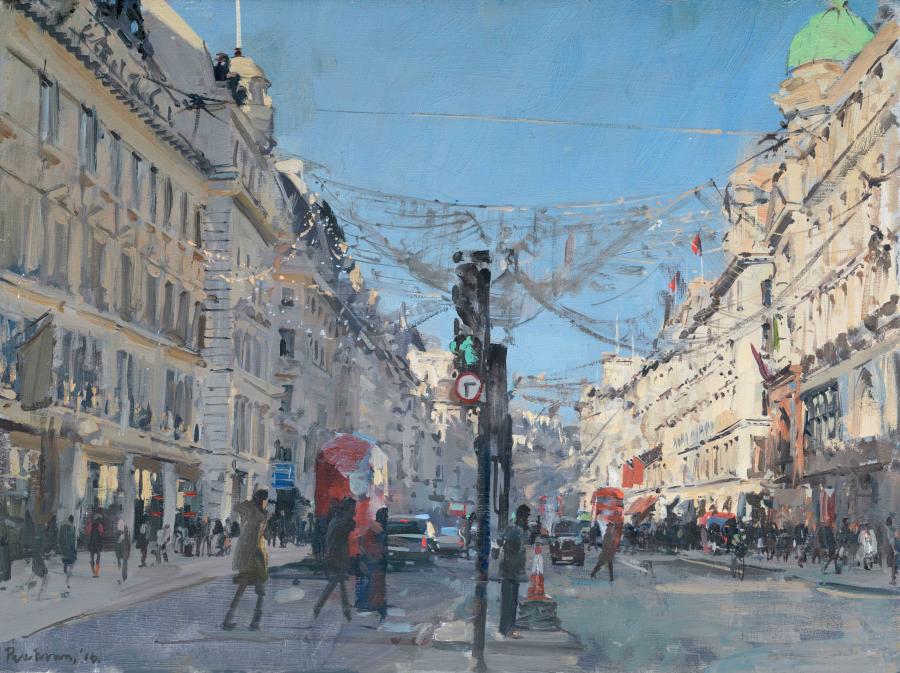 A series of new paintings made by Peter Brown as he journeyed through East Anglia, from Norfolk down to Essex. These works have revealed his affinity for landscape in contrast to his city scenes. This exhibition shows both themes to emphasis the contrast. 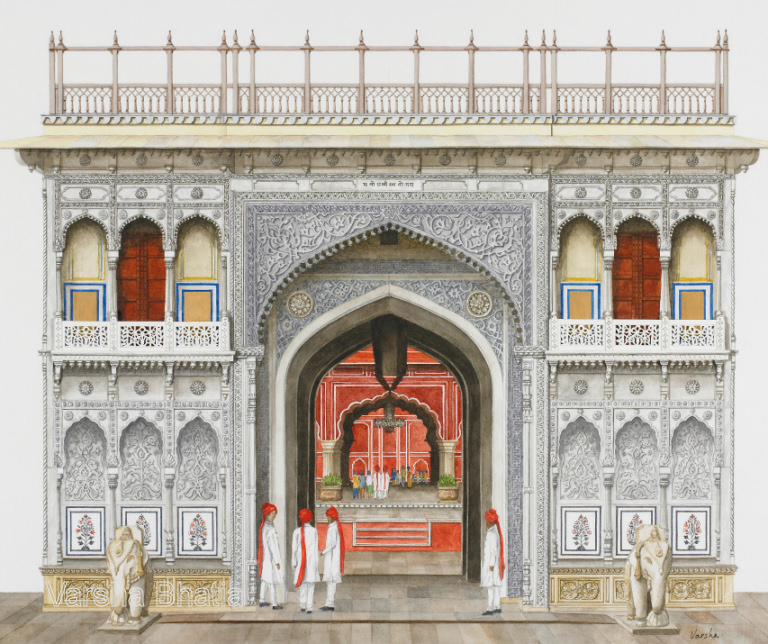 A mixed exhibition of new painting and sculpture. 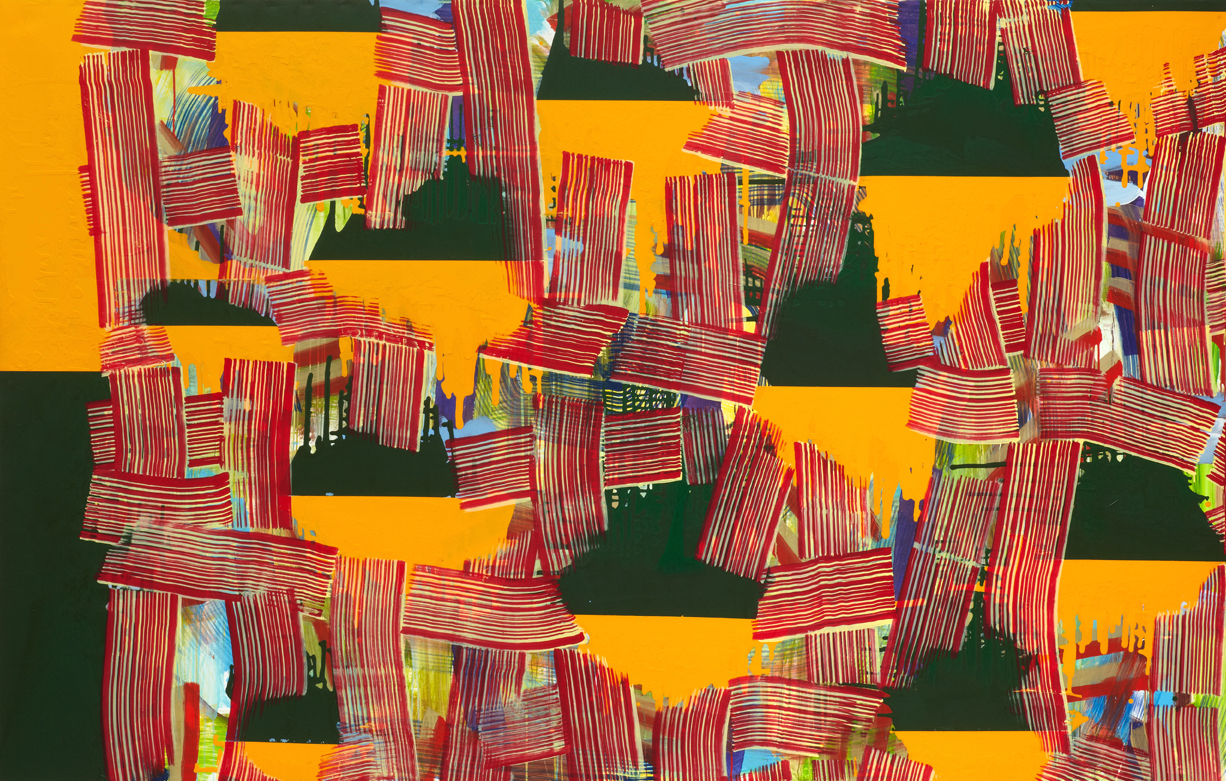 ‘They’re paintings that have immediacy, like a Richard Serra sculpture. You can experience the
thing-in-itself without any reference to anything else.’ 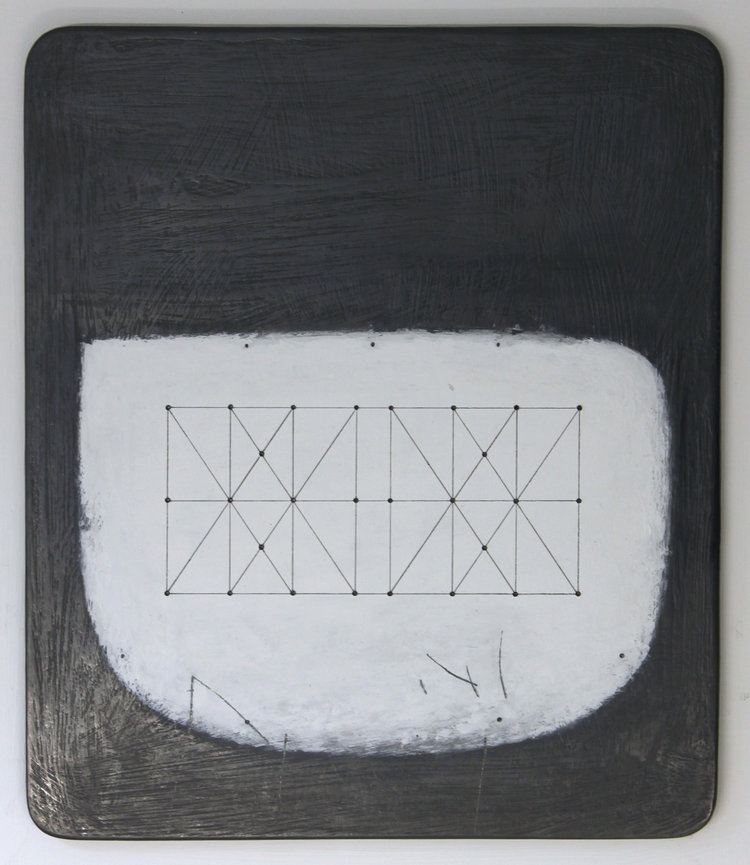 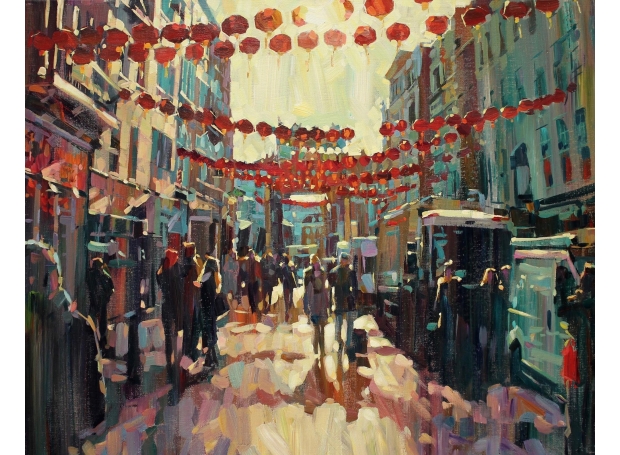 The works in oil paint demonstrate the variety of styles and looks that this medium can be used to create: from a traditional approach to an innovative use of material and style. 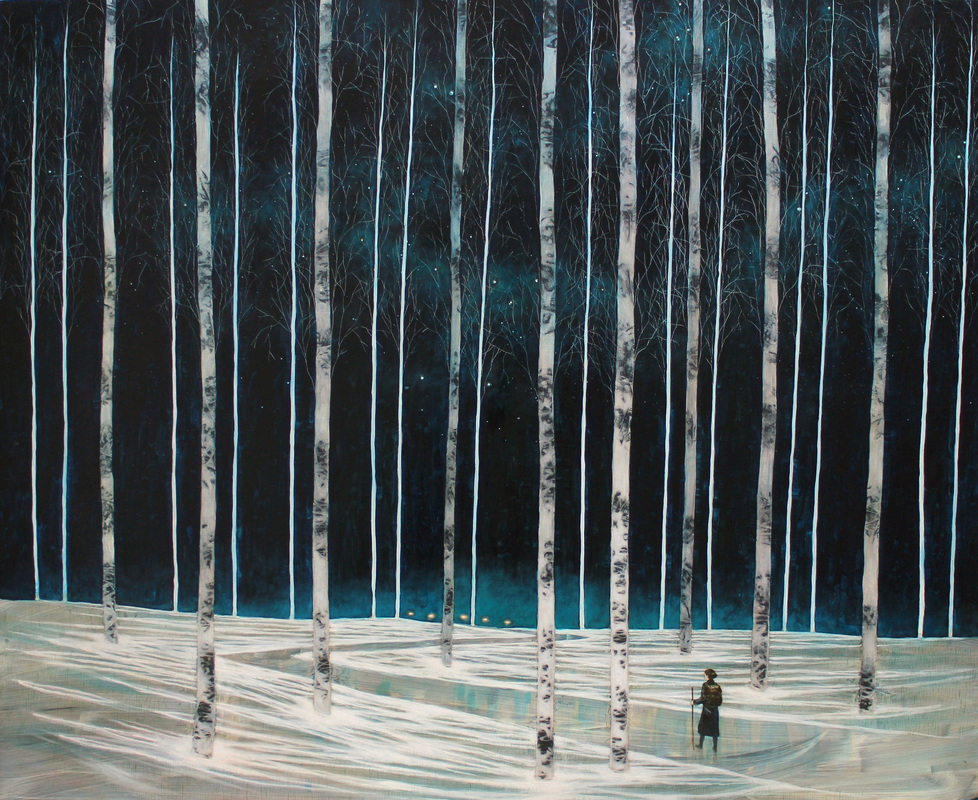 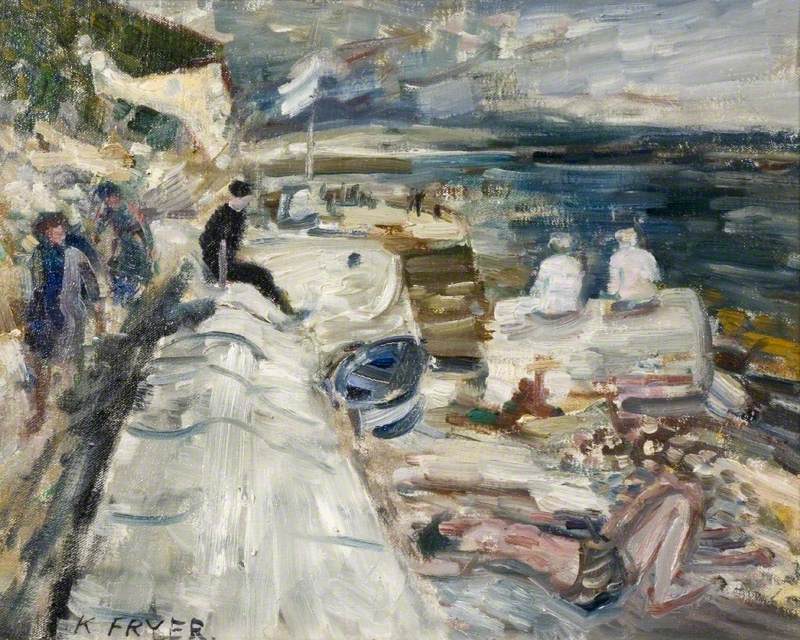 This annual exhibition has been running for over 200 years and shows the work of the RBSAs Members and Associates and includes the work of those who have been newly elected this year. 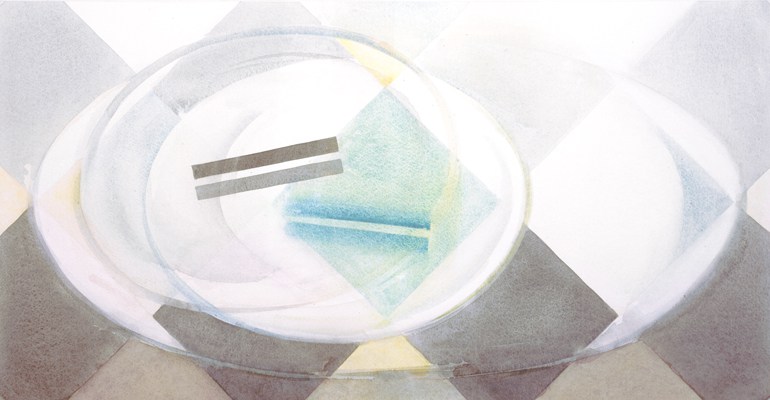 Janet Boulton is known predominantly for her watercolours and paper relief works. This exhibition focuses on her works on paper and her paintings which have been inspired by music, still life and gardens.

40 years ago, Swindon Museum and Art Gallery hosted Janet Boulton’s exhibition, ‘Windows and Reflections’, inspired by her views from classrooms in the town, making this a welcome return to Swindon for this important artist.

Everything We Do is Music 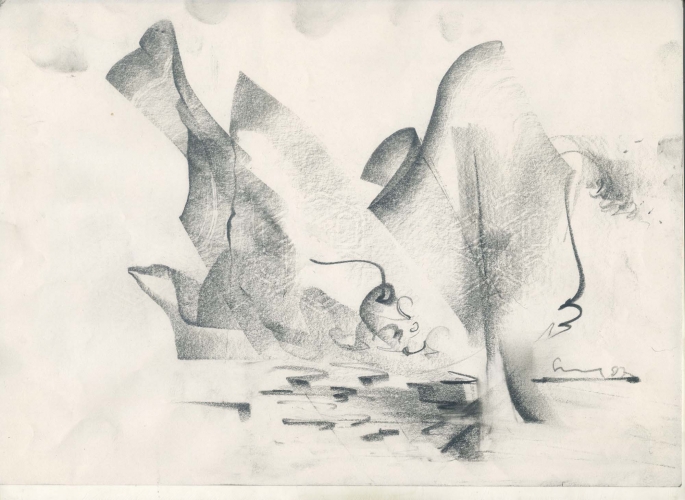 A major new exhibition that explores how Indian classical music has inspired modern and contemporary artists.

Everything we do is music, curated by Shanay Jhaveri, traces a long history, from early Indian miniature paintings (Ragamalas) through to drawings, animations and video works from the present day. Including works by pivotal Indian and Pakistani artists such as Nasreen Mohamedi and Lala Rukh, the exhibition will feature a number of works previously unseen in the UK. It will present newly commissioned pieces by Michael Müller and Sarnath Banerjee alongside works by contemporary artists such as Prabhavathi Meppayil, Shahzia Sikander and Dayanita Singh . The exhibition will also explore the influence of Indian classical music on important American artists such as Lee Mullican and Marian Zazeela, and its wider influence on western popular and counterculture. 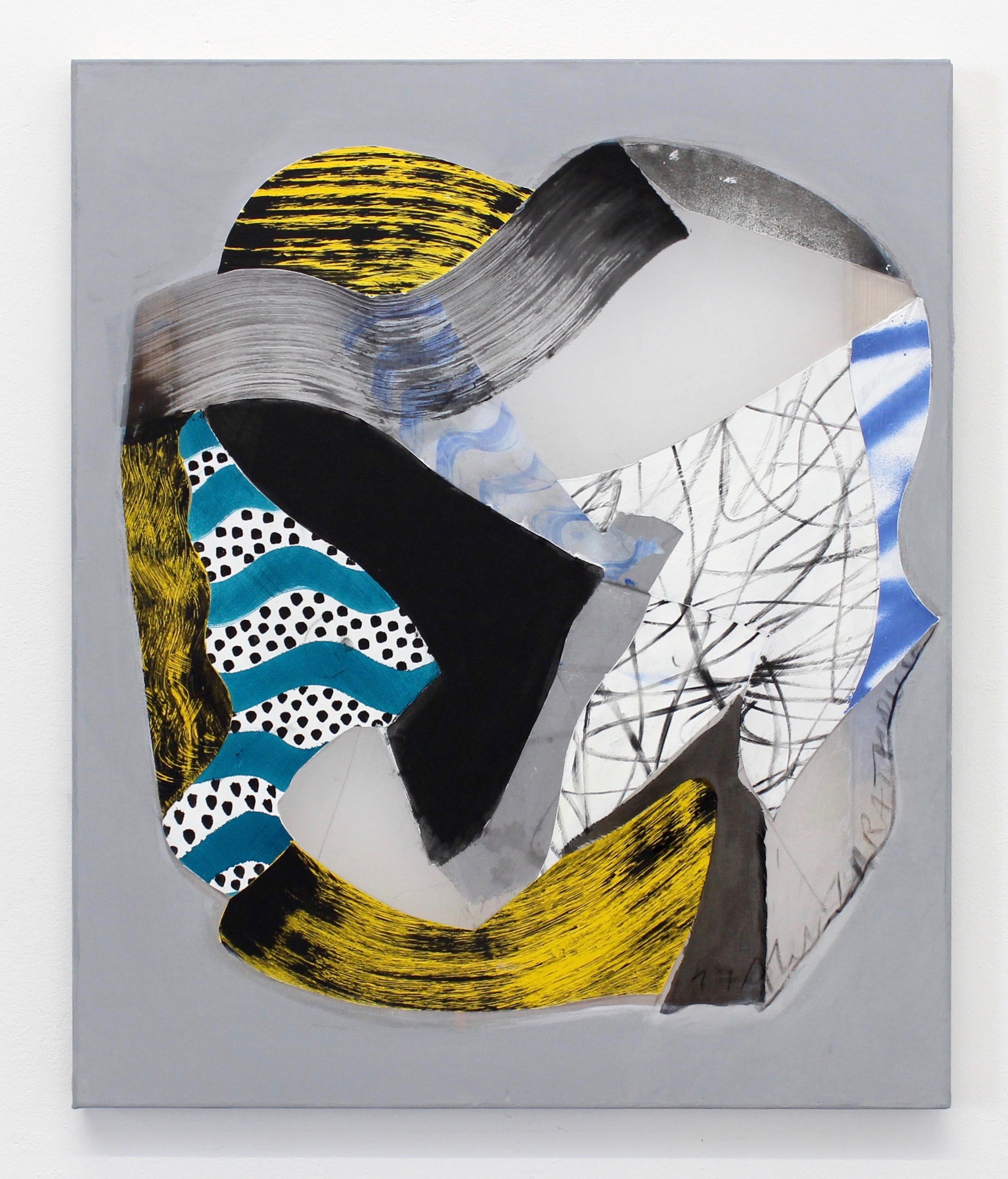 This is a group exhibition, curated by Amelia Bowles, where the works economise and dispense with the formal definition of ‘painting’, questioning its construction and modes of making.

While in the diverse mediums of installation, text, diagrams, painting, photography and moving image, all of them work towards coded rhythms of abstraction.

London’s contemporary illustration is being held at the Bargehouse, this year’s emphasis is on play, with interactive artworks and hands-on workshops. There will be over 65 exhibitors, covering a breadth of practices, from emerging talent to established names.

Exhibitors that are keyholders and supporters of East London Printmaker include: 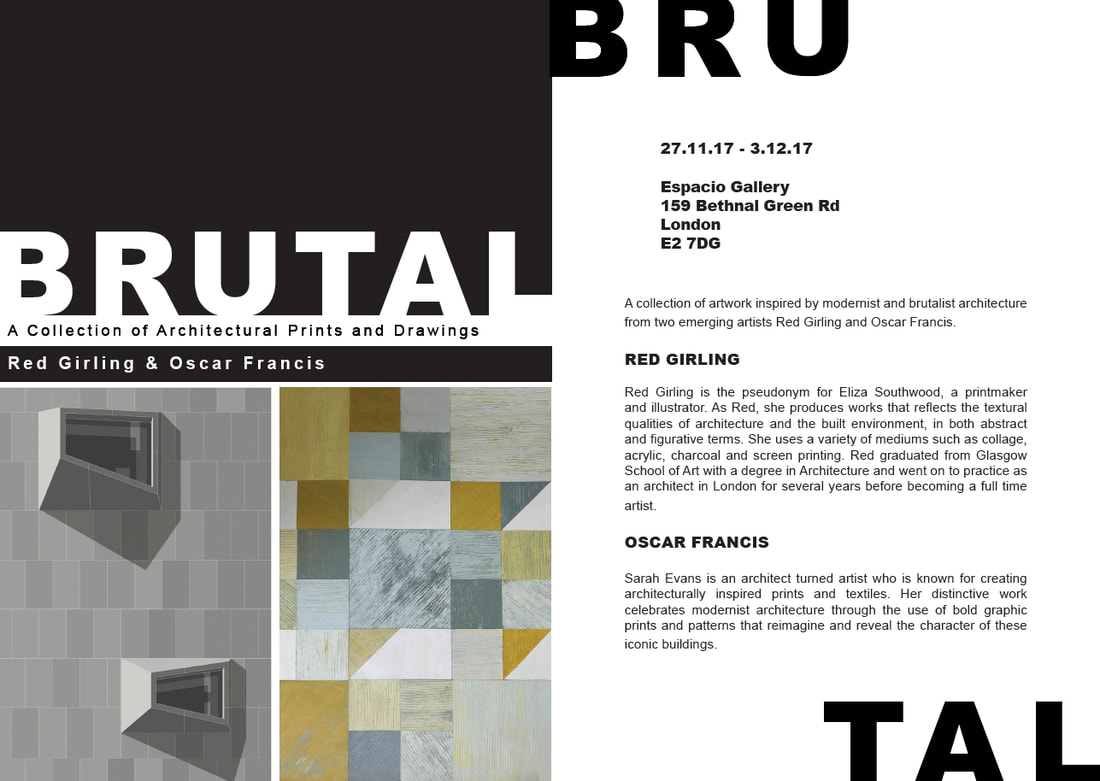 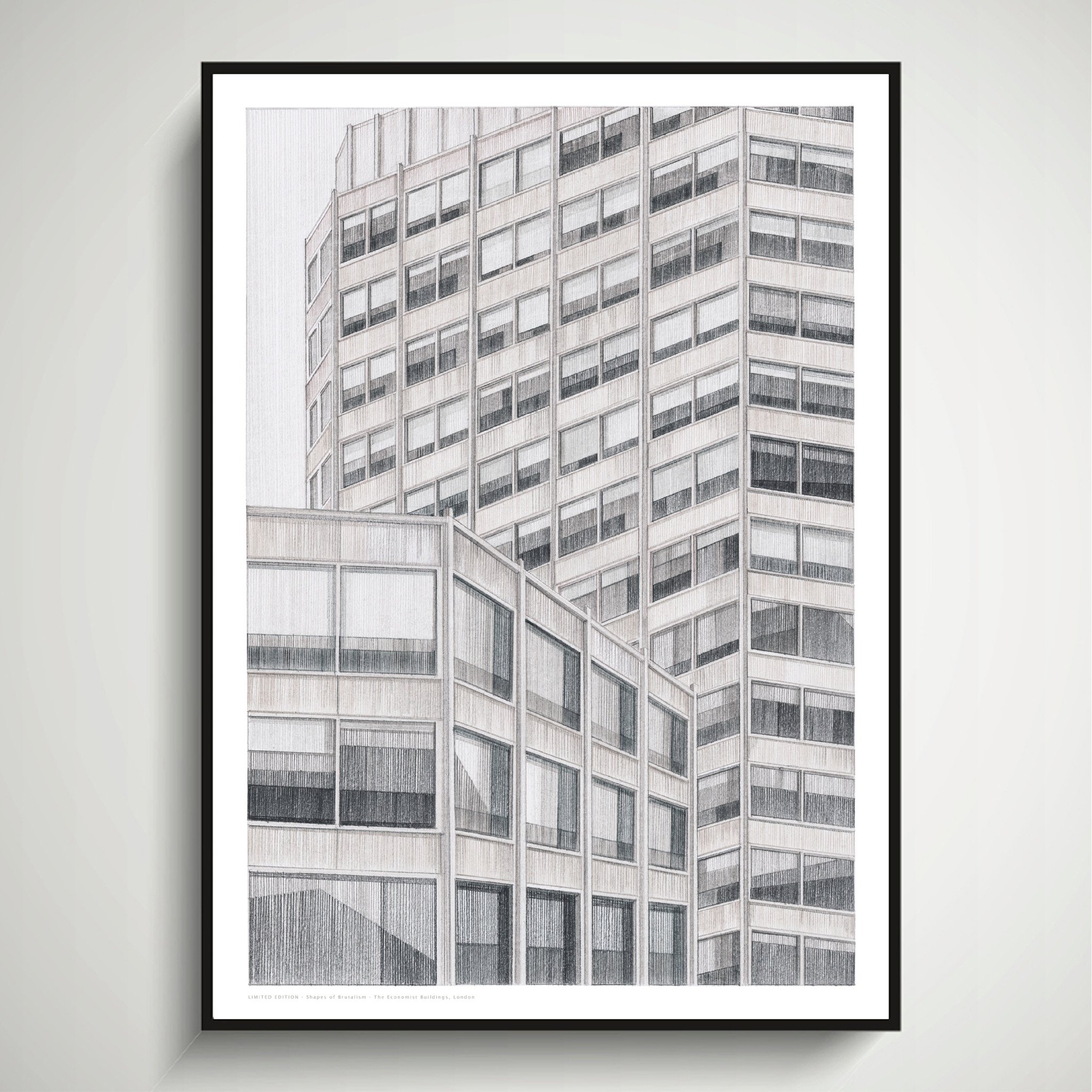 A collection of artwork inspired by modernist and brutalist architecture from two emerging artists Red Girling and Oscar Francis.

Red Girling is the pseudonym for Eliza Southwood, a printmaker and illustrator. Influenced by her years as an architect in London, before she became a full time artist, she produces work that reflects the textural qualities of architecture and the built environment, in both abstract and figurative terms. She uses a variety of mediums such as collage, acrylic, charcoal and screen printing.

Oscar Francis is a London-based design studio established in 2013 by Sarah Evans. Sarah Evans is an architect turned artist who is known for creating architecturally inspired prints and textiles. Her distinctive work celebrates modernist architecture through the use of bold graphic prints and patterns that reimagine and reveal the character of these iconic buildings.