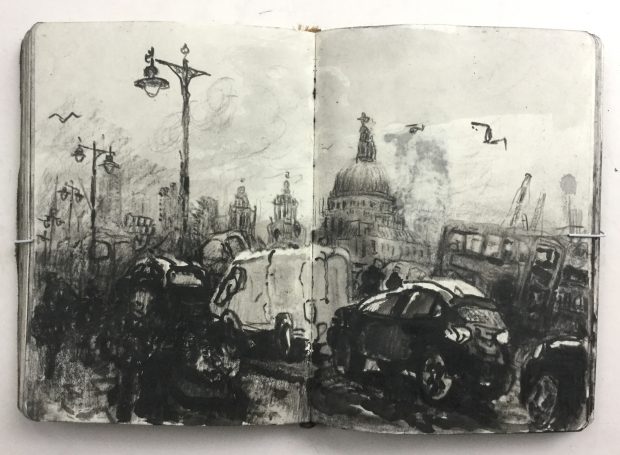 Back in March Christopher Green won the 2017 Lynn Painter Stainer’s Prize for representational painting, which celebrates in particular the skill of draughtsmanship. Christopher Green’s prize-winning work was ‘Lunchtime, Liverpool Street’, an exquisitely beautiful pen and ink work of the hustle and bustle of one of London’s busiest spots. Christopher spent 2 months sat outside McDonalds working on the piece in 2016. Judge Daphne Todd described it as ‘a substantial work of art, full of life and activity with a palpable sense of time passing’. I asked Christopher how the rest of the year has been for him. 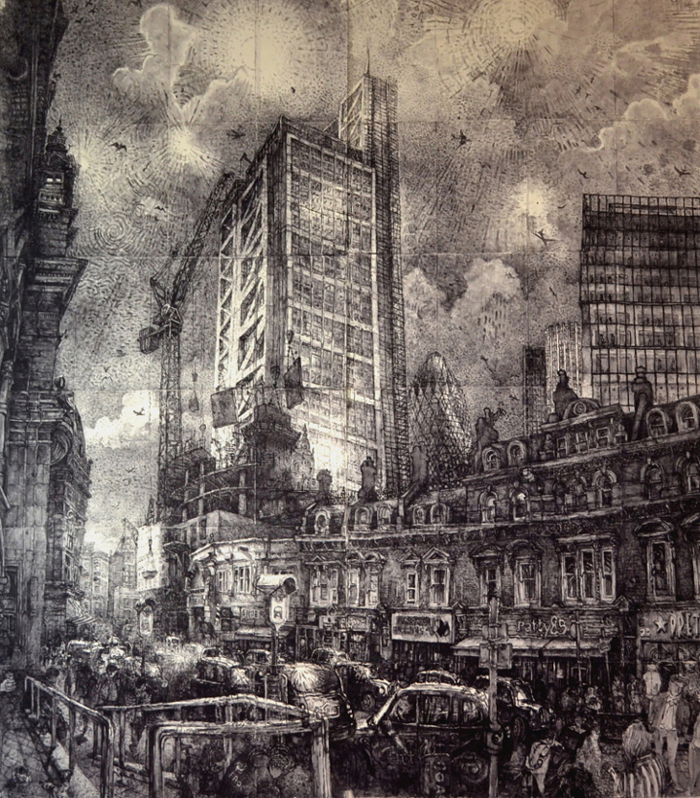 Lisa: Congratulations for winning the Lynn Painter-Stainer Prize! What does winning the prize mean to you and how has it affected your practice, if at all?

Christopher: I have been entering this prize for several years; to win was amazing and ultimately very encouraging. It sent me back to work with a renewed sense of purpose and determination. 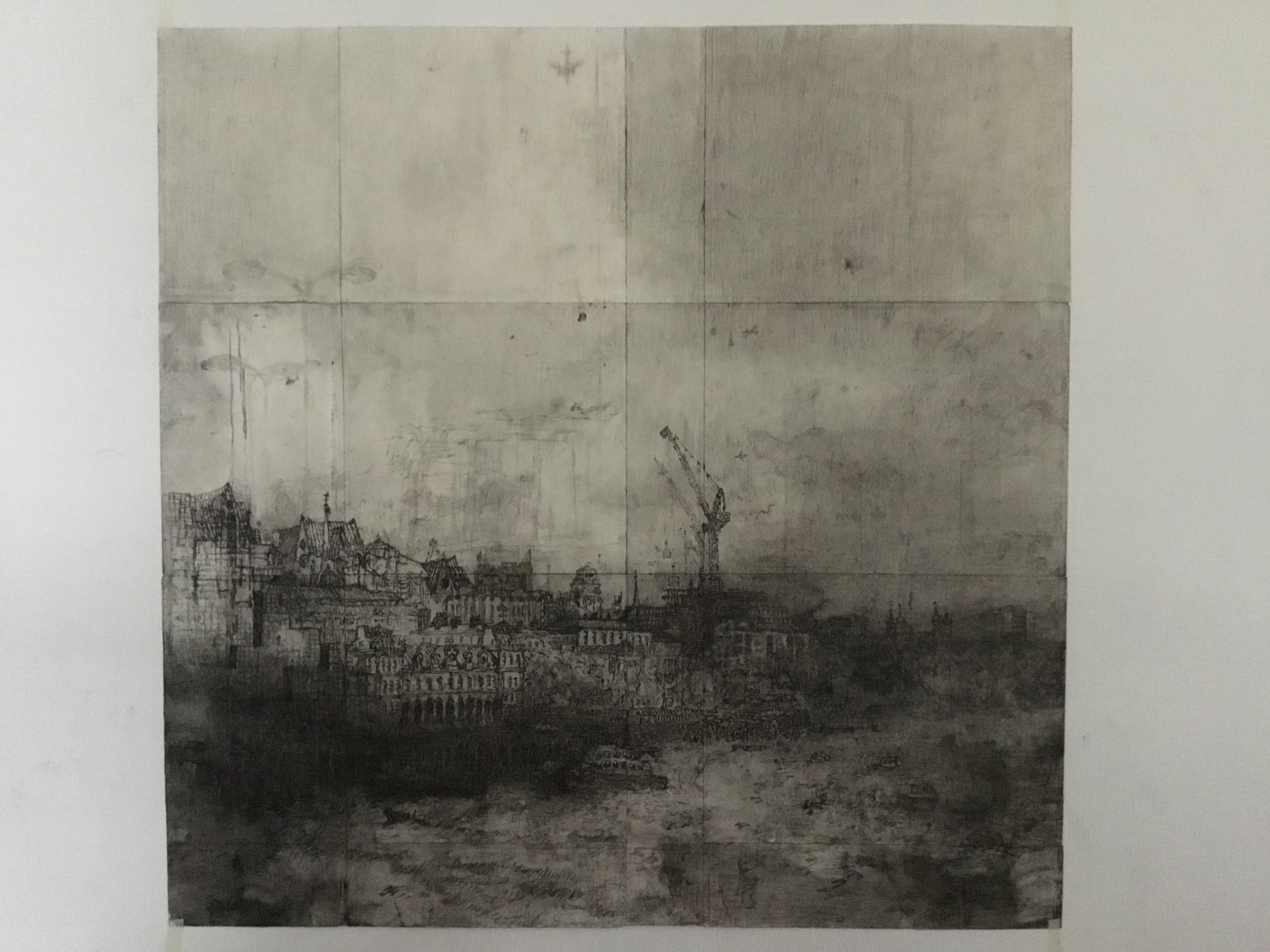 Christopher: Early in the year I completed what may turn out to be my last very large drawing for a while, a Thames view made on site using ink and pencil. I have since transitioned fully into using a very black, water soluble pencil which I’m finding far better suited for tunnelling into space. It is also slower and more contemplative, which I’m enjoying, and I can pack more information into a smaller area, reducing the likelihood of having another very large drawing on my hands, something I would like to avoid for the time being!

The other main breakthrough was in sketchbooks. A sketching trip to Istanbul in Springtime was very helpful in developing a more imaginative and atmospheric response to the city, bringing me to a new awareness of my subject, the city in relationship to water, which I’m reapplying to London.

A setback would be something that prevents me from working. I feel lucky to have enjoyed a very productive year. 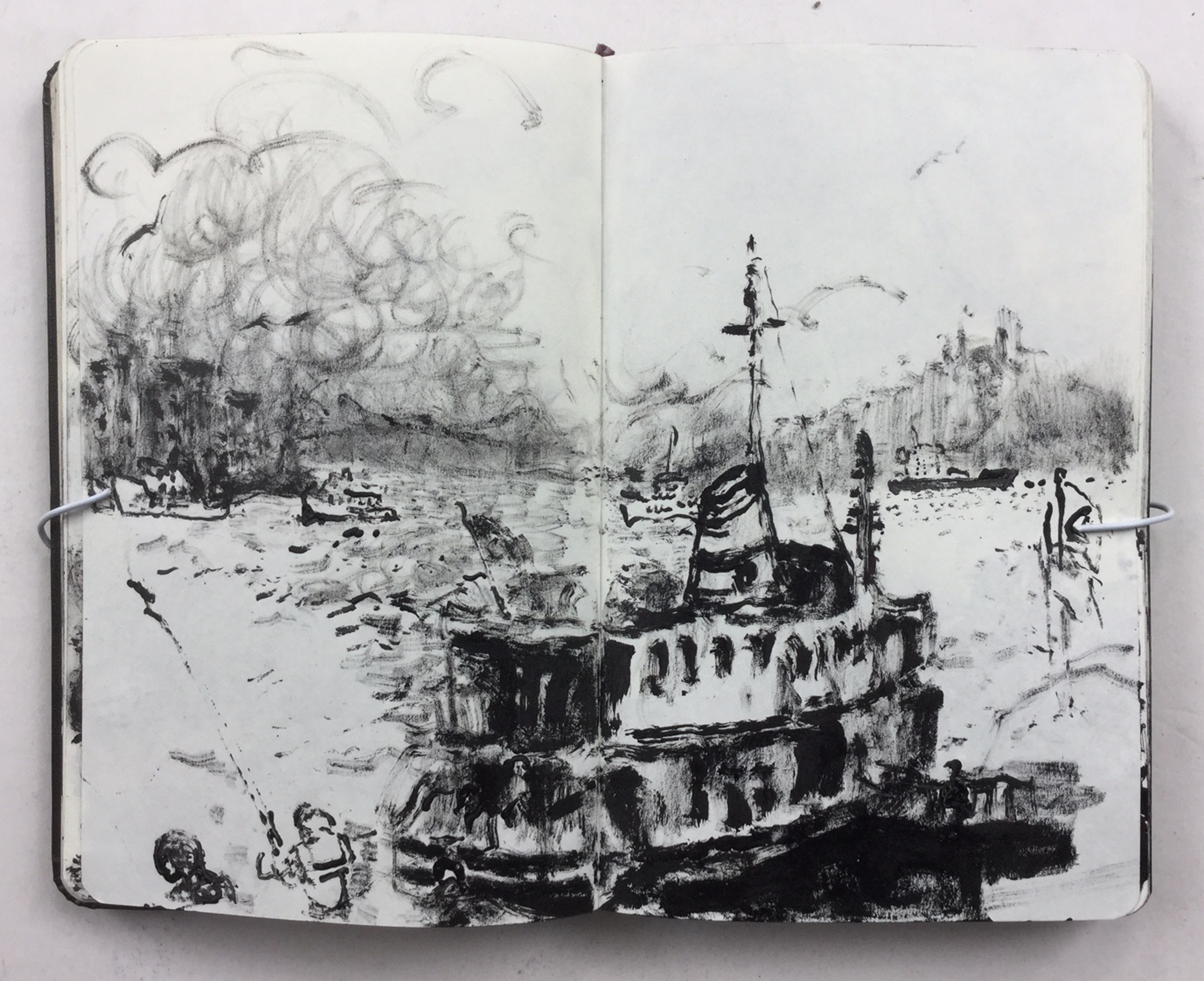 Christopher: I found the ongoing ‘City Now City Future’ at the Museum of London thought-provoking, and a brilliant use of digital graphics and interactive technology to cover wide ranging aspects of the urban experience. I also thought the ‘Matisse in the Studio’ at the Royal Academy was terrific, for the surprise of seeing the objects and sculptures he deployed in painting. 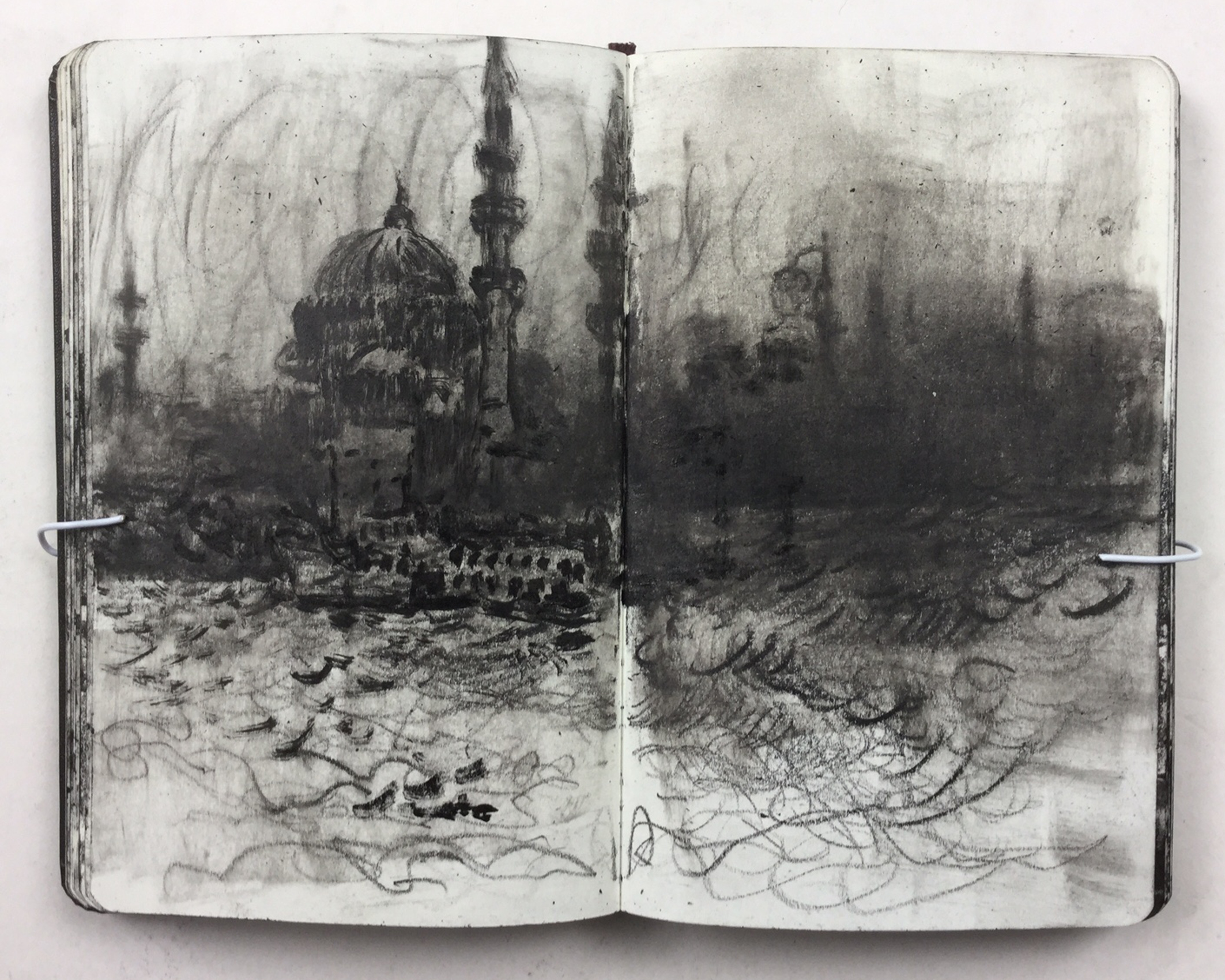 Christopher: Nothing too specific, just to keep going, from one drawing to the next, away from the topographical towards something darker, and more exciting 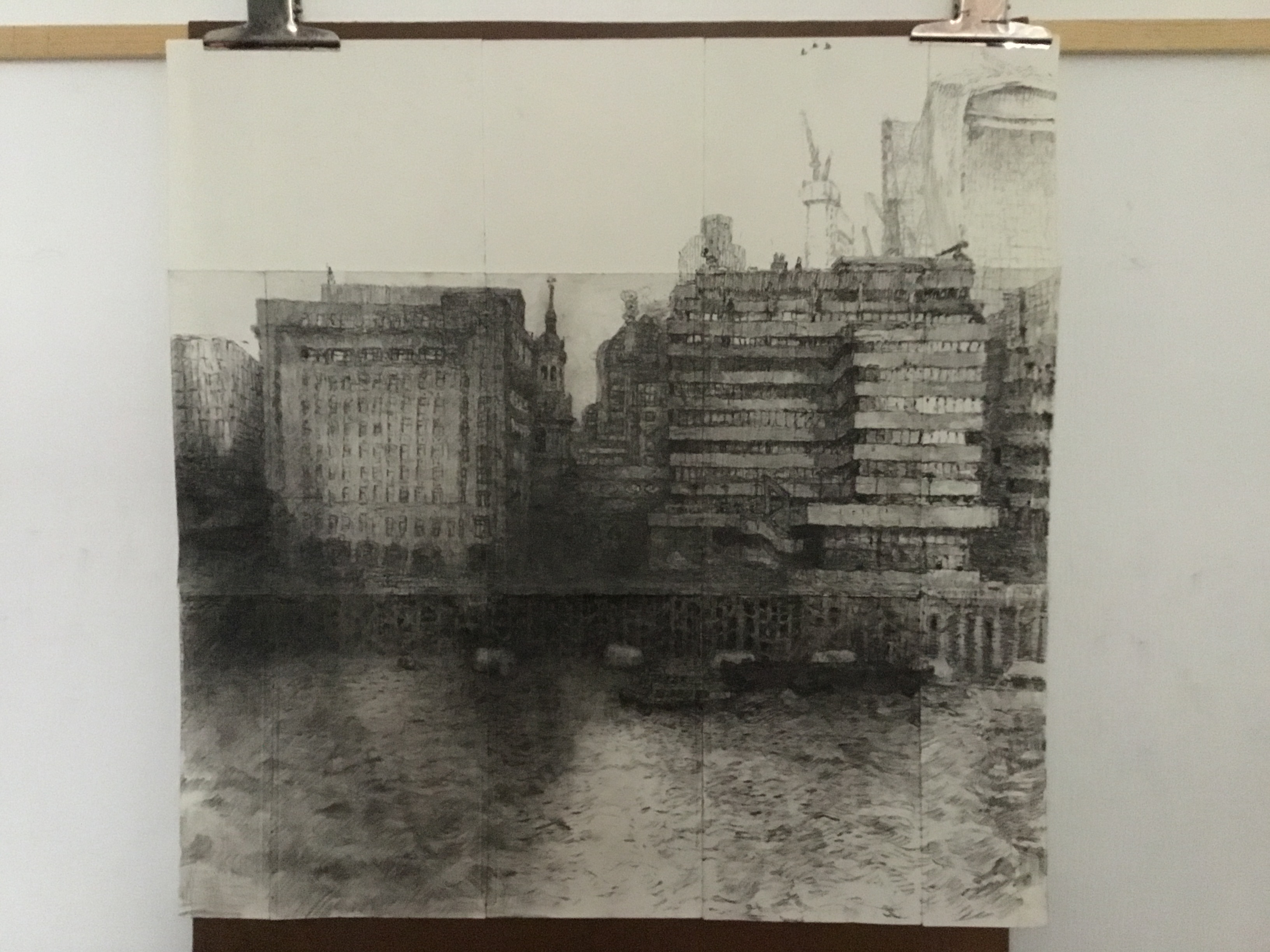 Christopher: I think my work has benefited most from not going too far in search of new London subjects or views, instead getting to know a small area really well. Staking out a section of the Thames I’ve come to regard as my patch – between London Bridge and Tower Bridge – has led me to realise that what’s in a picture is not nearly as important as the overall distribution of light and dark. With this new understanding I hope to make a more expressive impact. 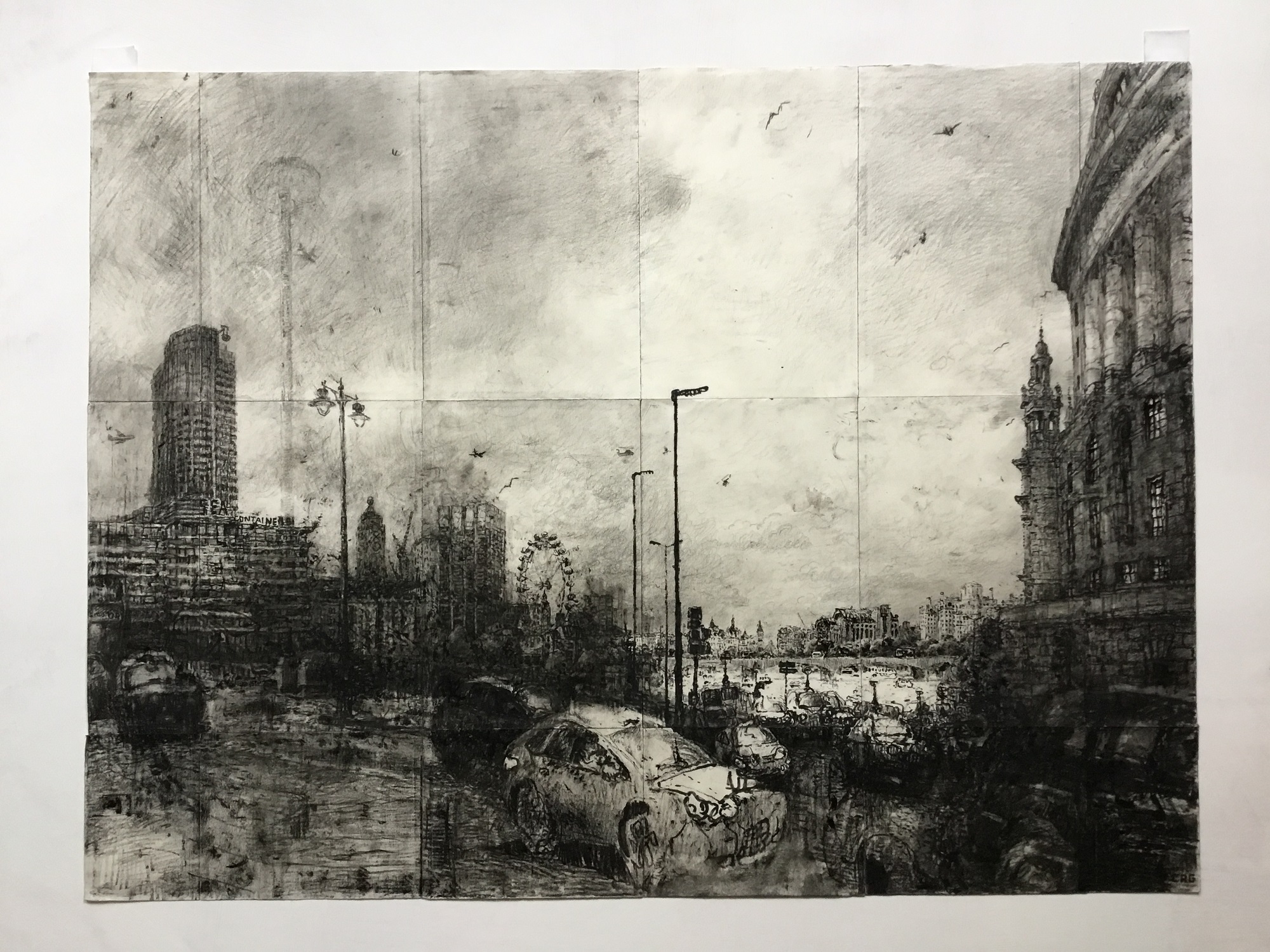 Christopher: I’m quite pleased with aspects of my latest drawing, especially the thick black lines round Tower Bridge which establish it firmly on the paper, whilst it also, hopefully, exists in pictorial space. It is also, I think my best attempt yet at describing light on the Thames. 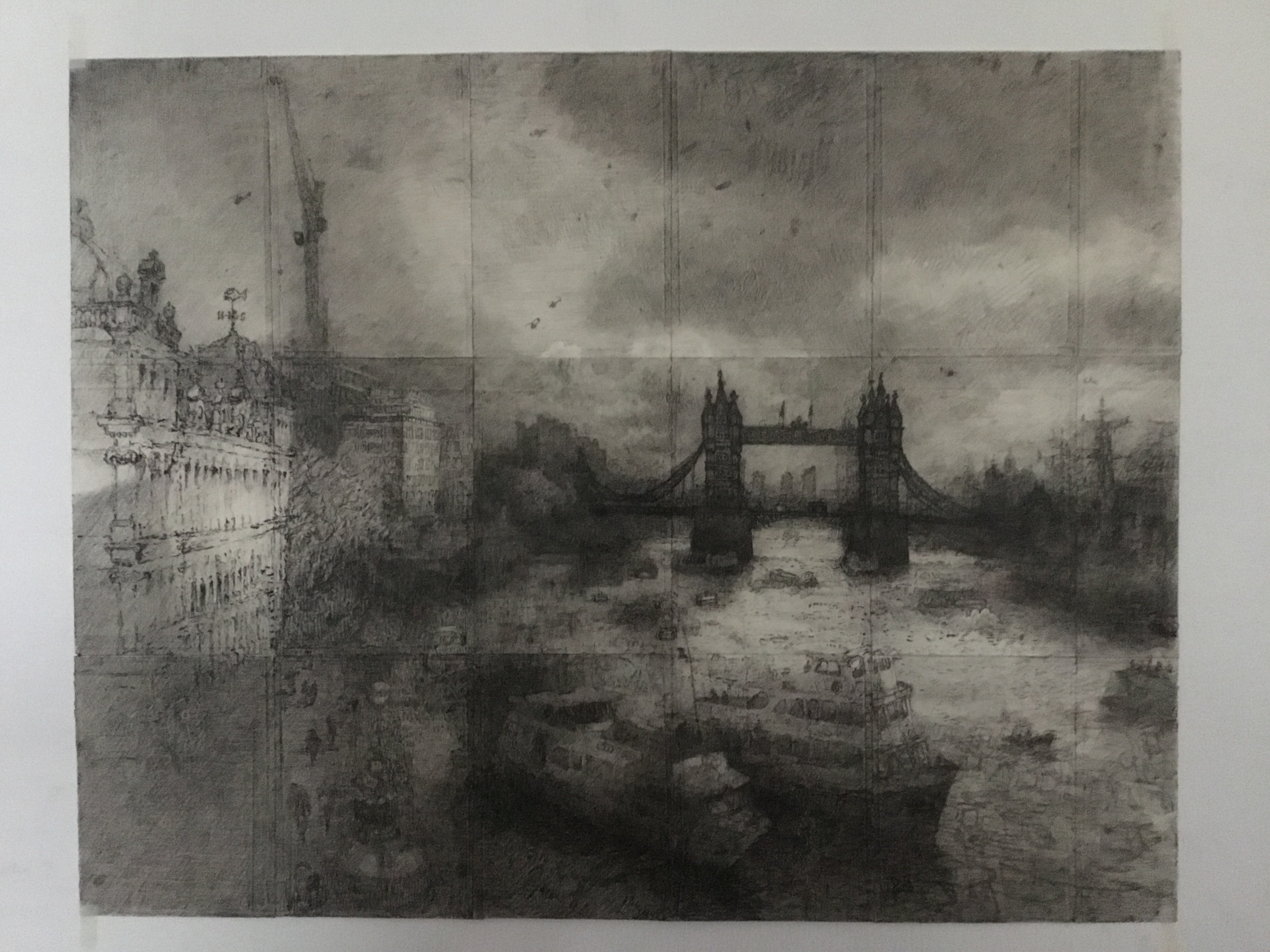 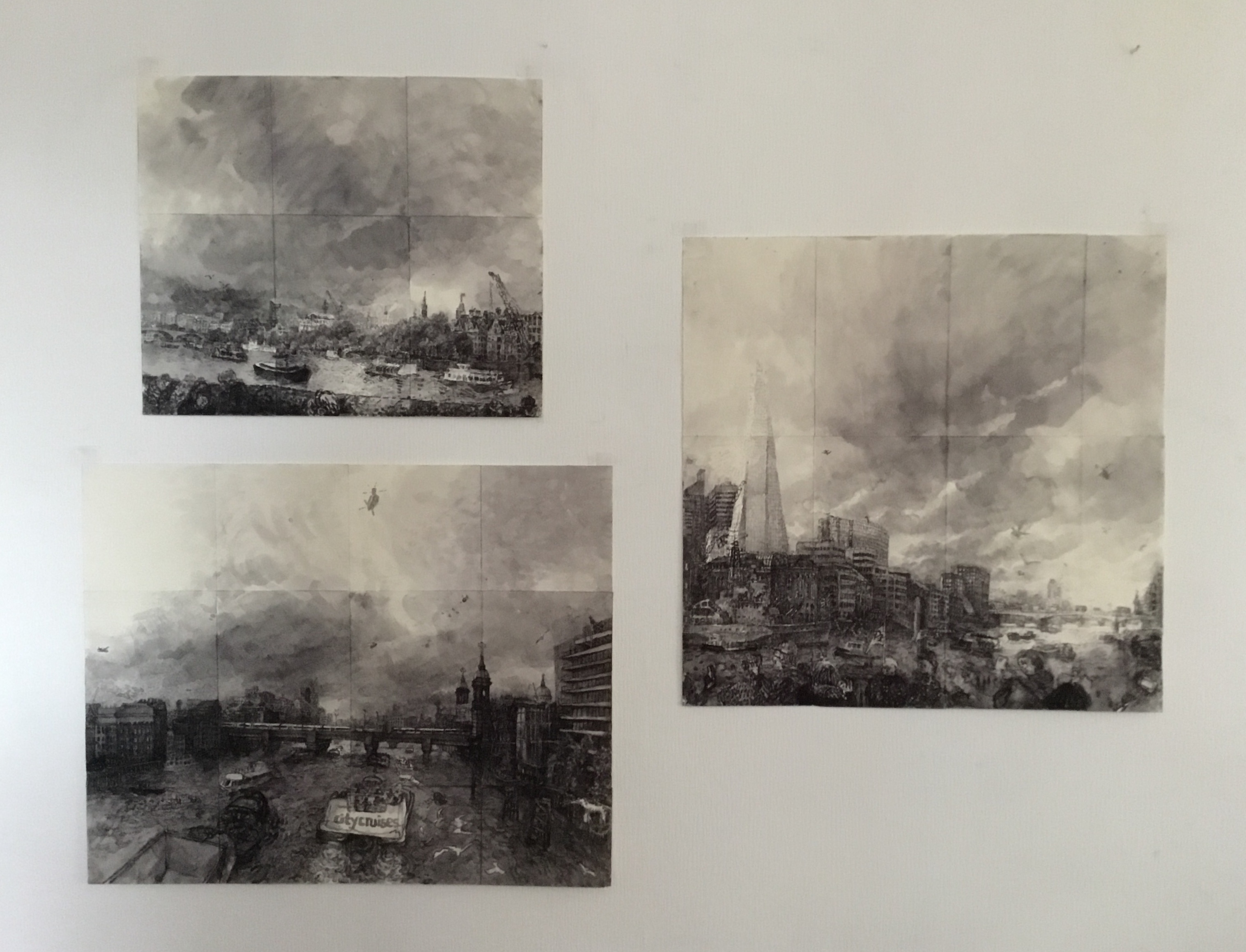 A Selection of works by Christopher Green for exhibition 2018

I have on permanent display in London three very large drawings in the Royal Courts of Justice, Rolls Building, Fetter Lane; and another one in the church of St Bartholomew-the-Great, Smithfield. 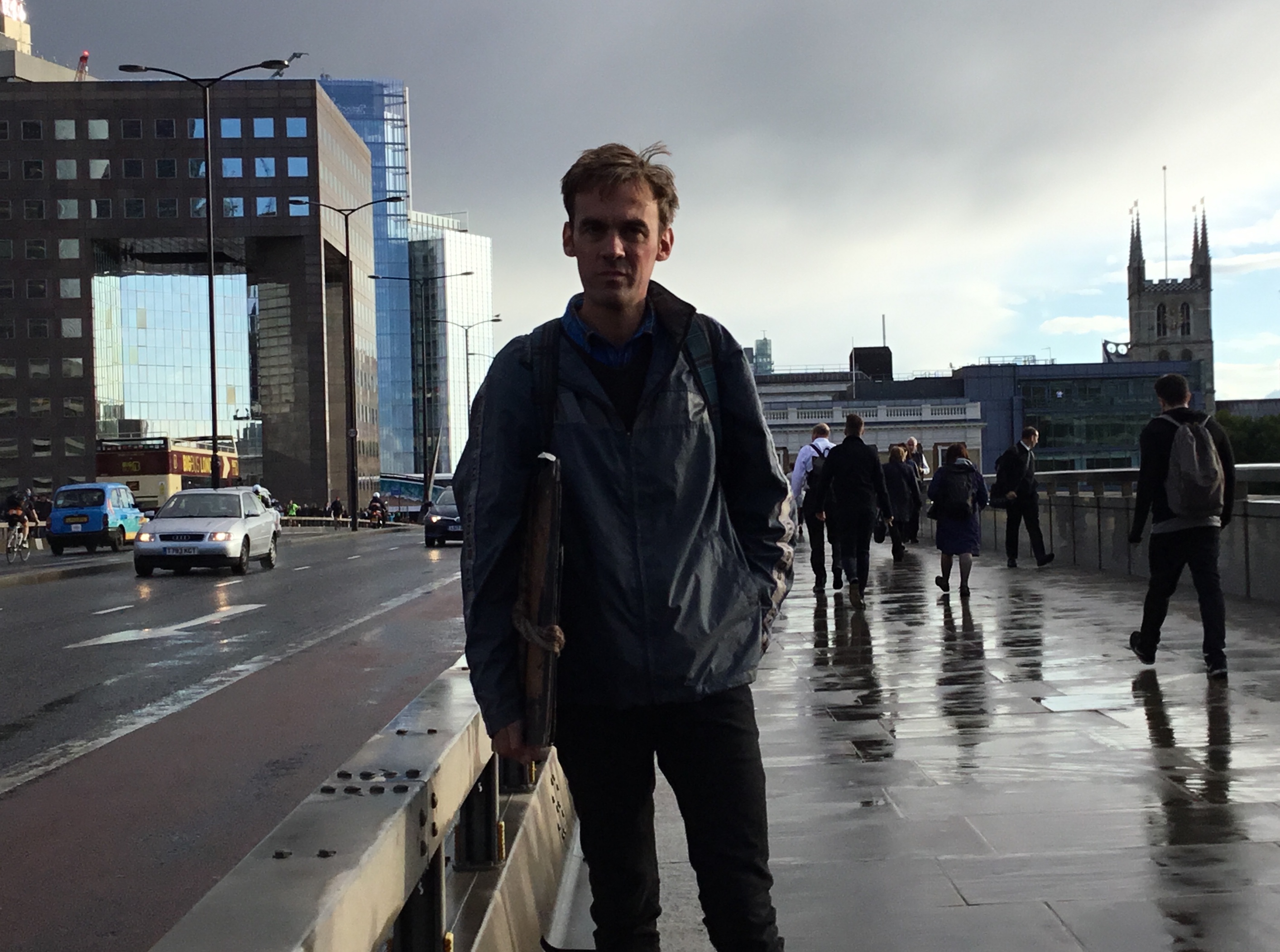 If you are looking at getting a gift for an acryli

We're excited to introduce our curated sets - an e

The most celebrated Palomino product is the Blackw

With a sharp point and an excellent capacity to re