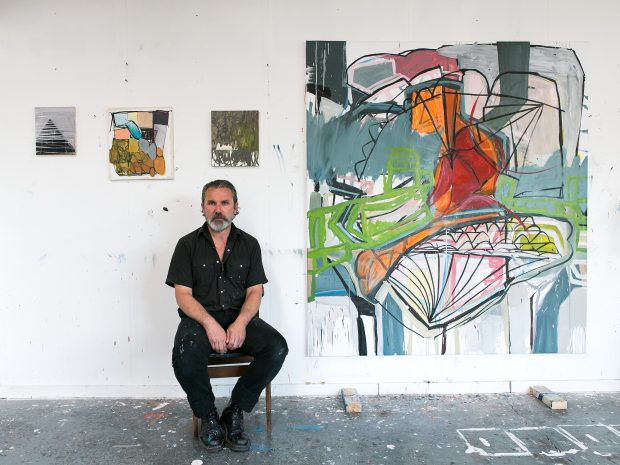 JOPP 2018 Judge Karl Bielik: ‘It’s About Getting In And Getting On With The Work’

For the last of our interviews with this year’s expert judges for the Jackson’s Open Painting Prize we have abstract painter Karl Bielik. Karl paints both very large and small paintings on canvas and paper in oils. The works are a consequence of journeys in paint, the process being the driving force, and expectations suspended. The resulting paintings are bold yet with sensitivity; celebrations of form and colour. I wanted to find out more about Karl’s work and ask him what he’ll be looking for as a judge for the Jackson’s Painting Prize. 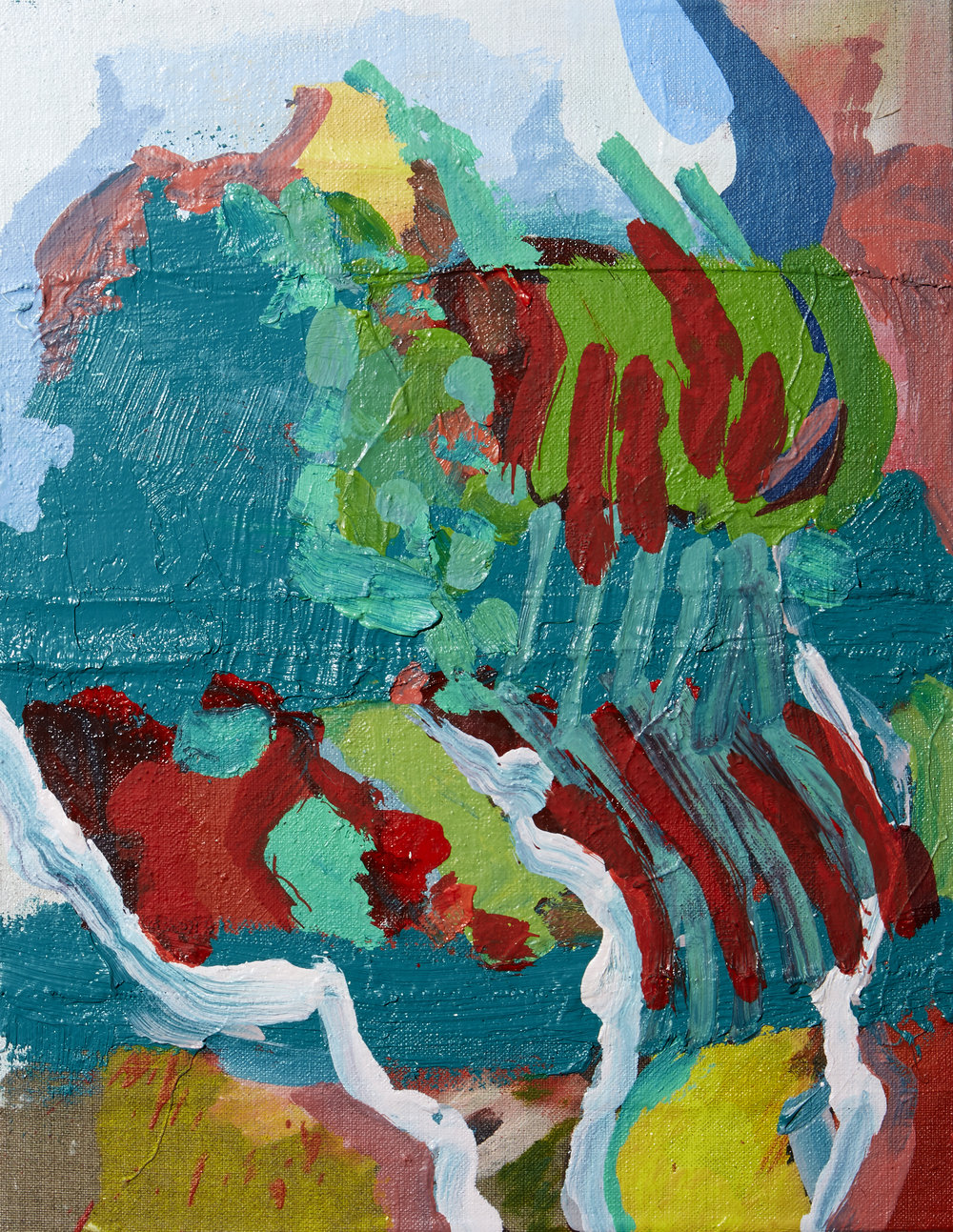 Lisa: I just read your artist statement online, which I feel is very insightful and sums up what I already suspected about your work. Painting for the sake of painting – allowing brush strokes to respond to brush strokes gone before. Inevitably the work becomes a physical manifestation of your experiences (feel free to disagree with this statement!). Are you ever surprised with the outcomes of your experiences in the studio, or do you manage to suspend your expectations so that even surprises don’t even happen?

Karl: My studio practice is process driven… it usually involves a few different ways of approaching works and not just a variation on the same theme – this does happen in my work but not in a straight line… I’ll revisit themes/ideas that i felt worked months or years later.

Surprises do occur and chance/accident play a role in what I do… it’s just recognising and keeping the good bits… letting them breathe for a while to see if that initial excitement and what is happening stays or fades by the next day… I work on many pieces at once so I’ll just move on to another piece whilst the painting makes up its mind. I am in the studio daily and keep prodding the works along on their journey that has no particular destination in mind. 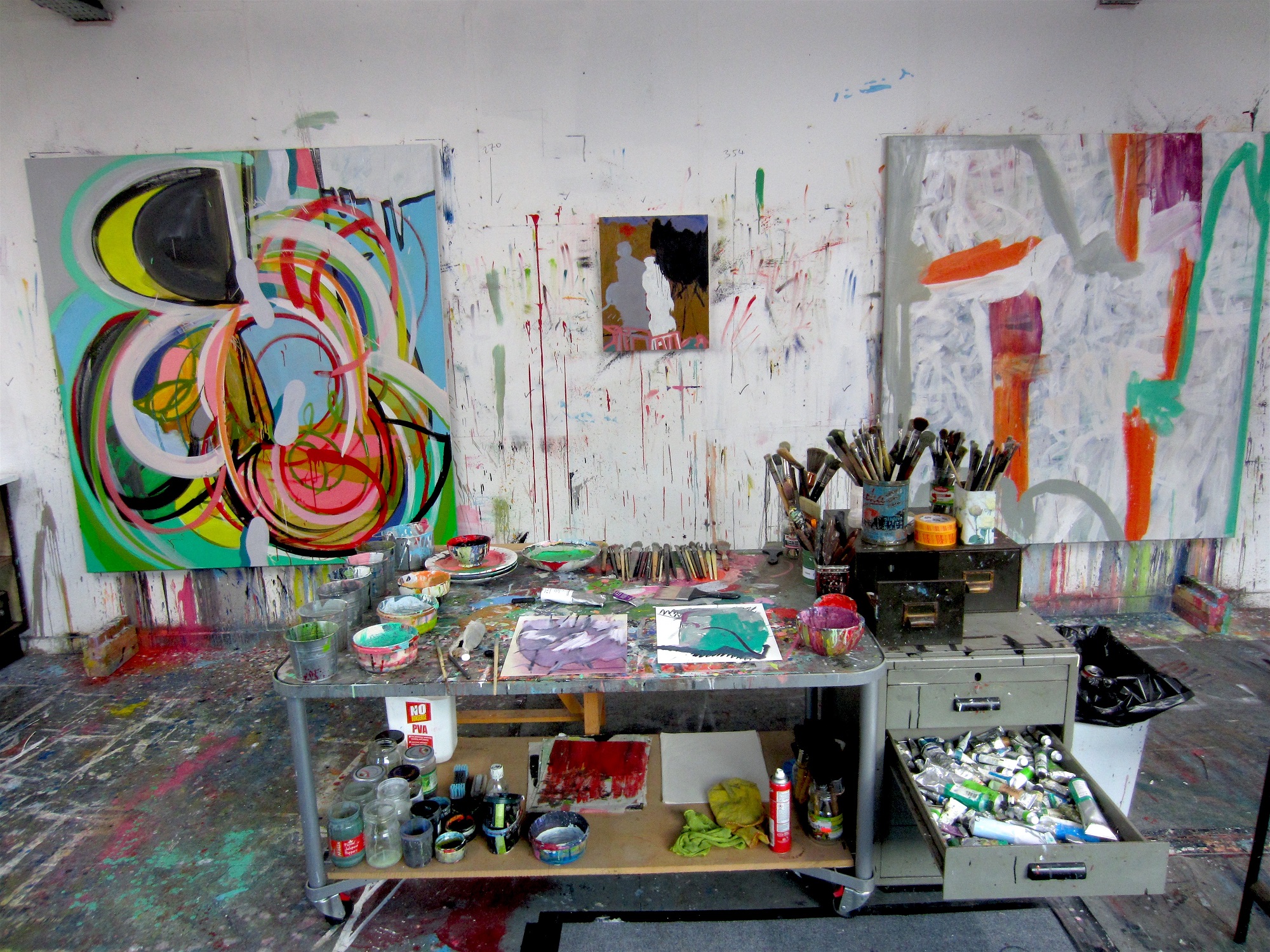 Lisa: What is the usual success rate with your work – do you tend to discard anything?

Karl: Success is a dubious word – I rarely discard works, I just keep on painting, wiping out, painting over, until something works… it may take months/years/minutes but something always turns up to make the painting come to life. 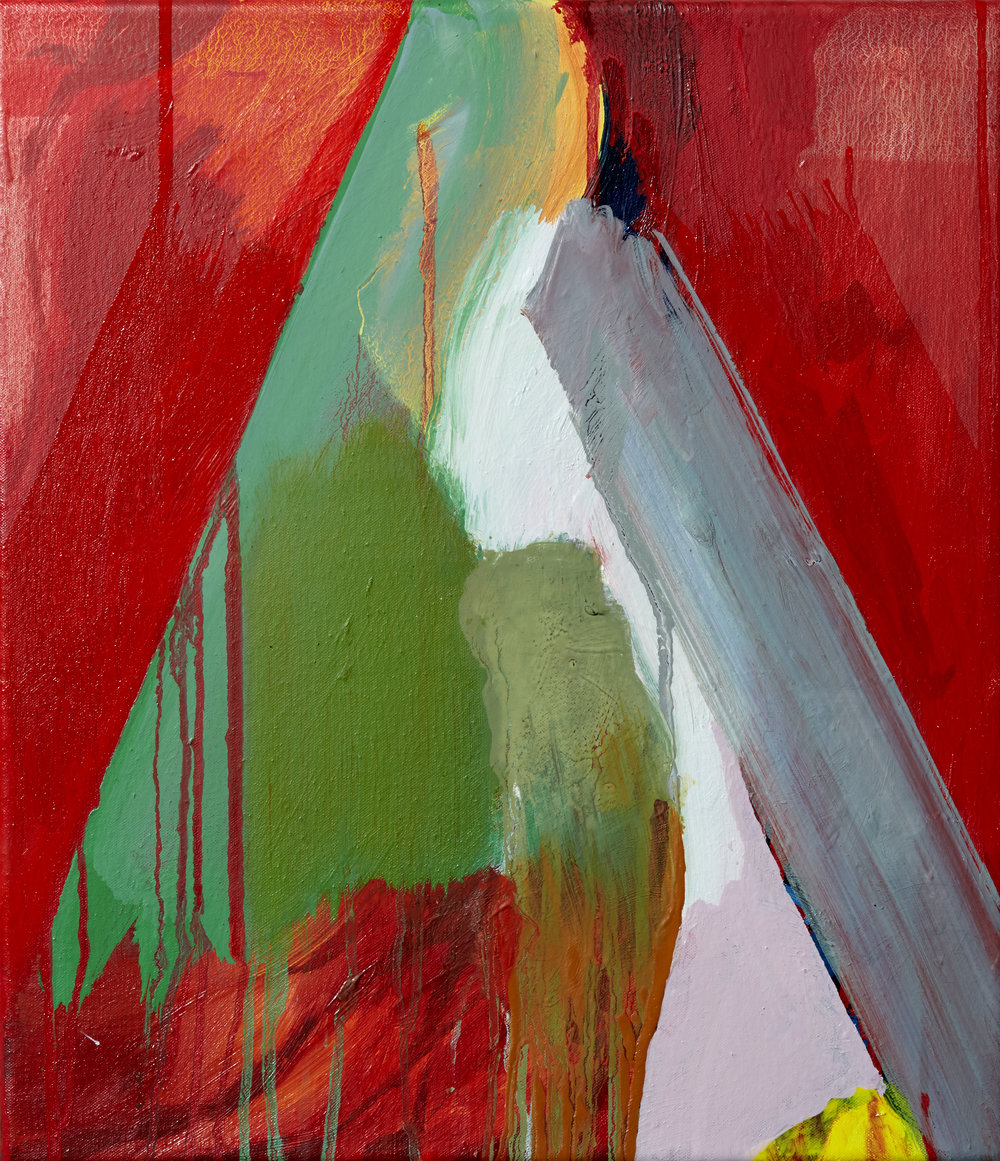 Lisa: For me personally, there is something quite anxiety inducing about sitting back and allowing journeys to happen on canvas (or paper, or panel) with very little conscious decision making. And I know many painters who struggle to relax into their work in the way that you do. How do you manage to reach the state of mind that lets you ignore any preconceptions of what you work should or shouldn’t be, and just get on with it?

Karl: There is no set state of mind for me… it could be dealing with a sleepless night, a hangover, a divorce… its about getting in and getting on with the work… if I was concerned with how I felt I’d never get anything done. The main decisions that need to be made are to be in the studio, to look and to paint, it’s the only way things move forward/backwards or sideways for me. 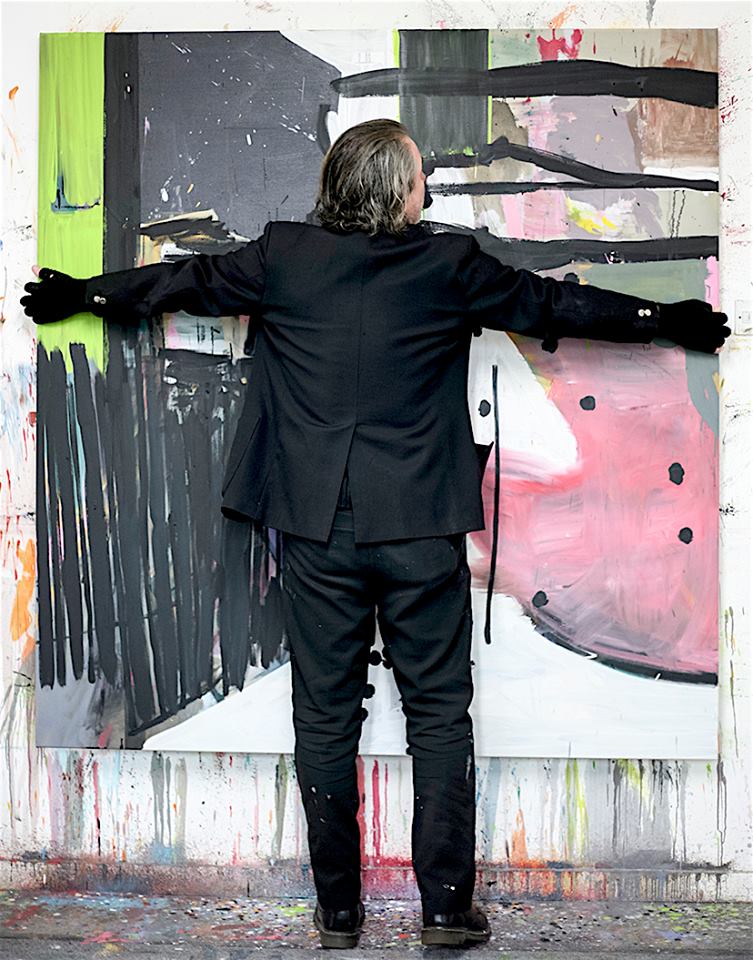 Lisa: The way that you describe how you title your works makes it sound a little like the chosen words are very much part of the composition – they have to sound just right and provide a balance to the painting itself. Can you describe a little further how you select the titles for your works?

Karl: They are important.. they are usually deliberately misleading or just lightly one step away from the direct word. The titles are sometimes chosen from an old dictionary I have, or the titles happen before the work is finished… or just a word that I like and have jotted down in my notebook that is just waiting for the painting to be given to. 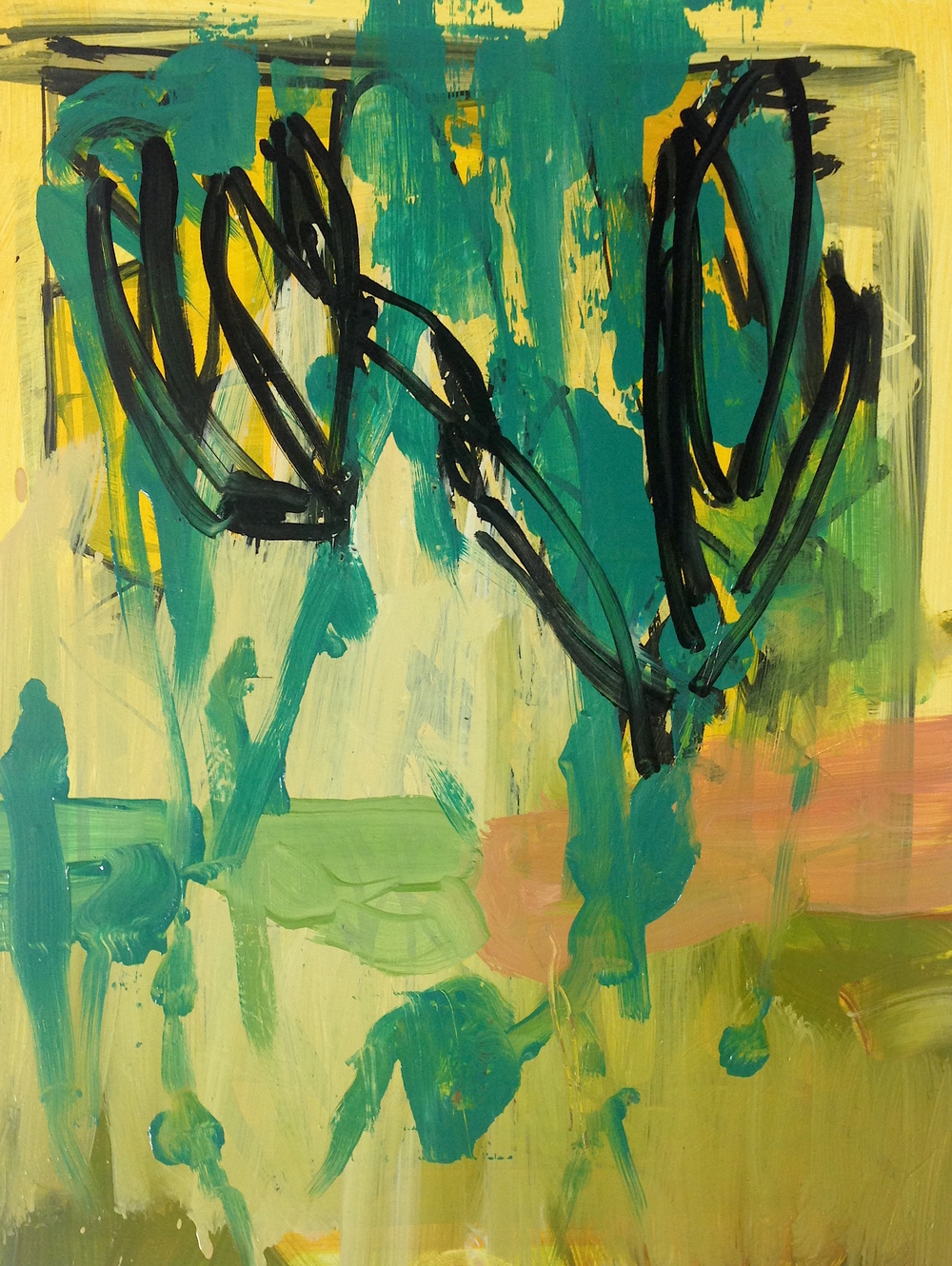 Lisa:  Moving on to the JOPP 2018 – we’re thrilled that you are on the judging panel this year. What will you be looking for?

Karl: I have no idea… good paintings I guess… it’s gonna be interesting. 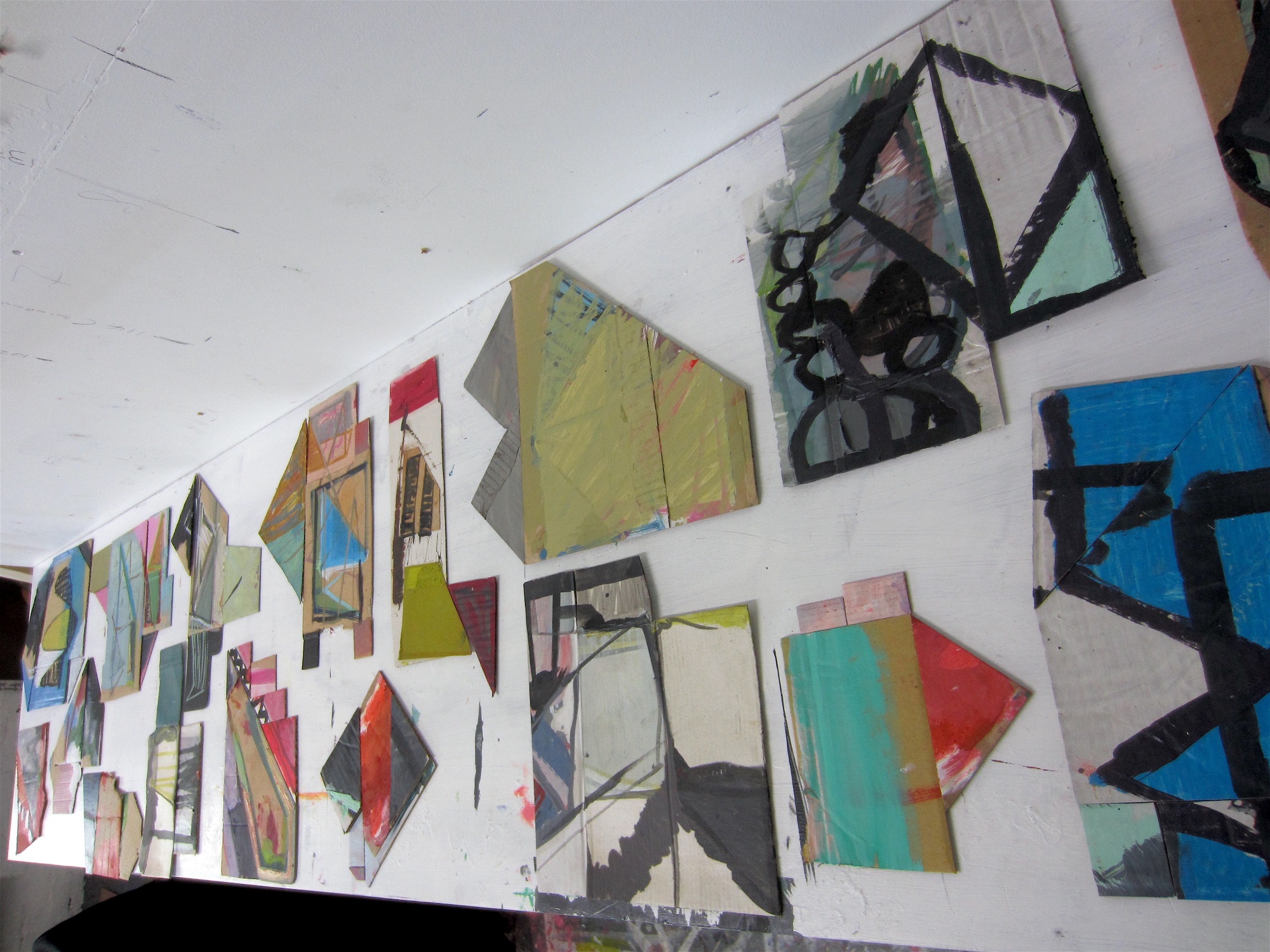 Karl: I’m working in a series of collages of oil on cardboard which I started after I had hung my solo show and felt like exploring something new… I had been going through all my paintings to choose work for the show and it was overkill but had come across some old collages from early 2000 and thought id see where they might end up… plus the usual suspects of large paintings, a few small ones and a selection of works on paper. That’s a pretty normal state of affairs in my studio. 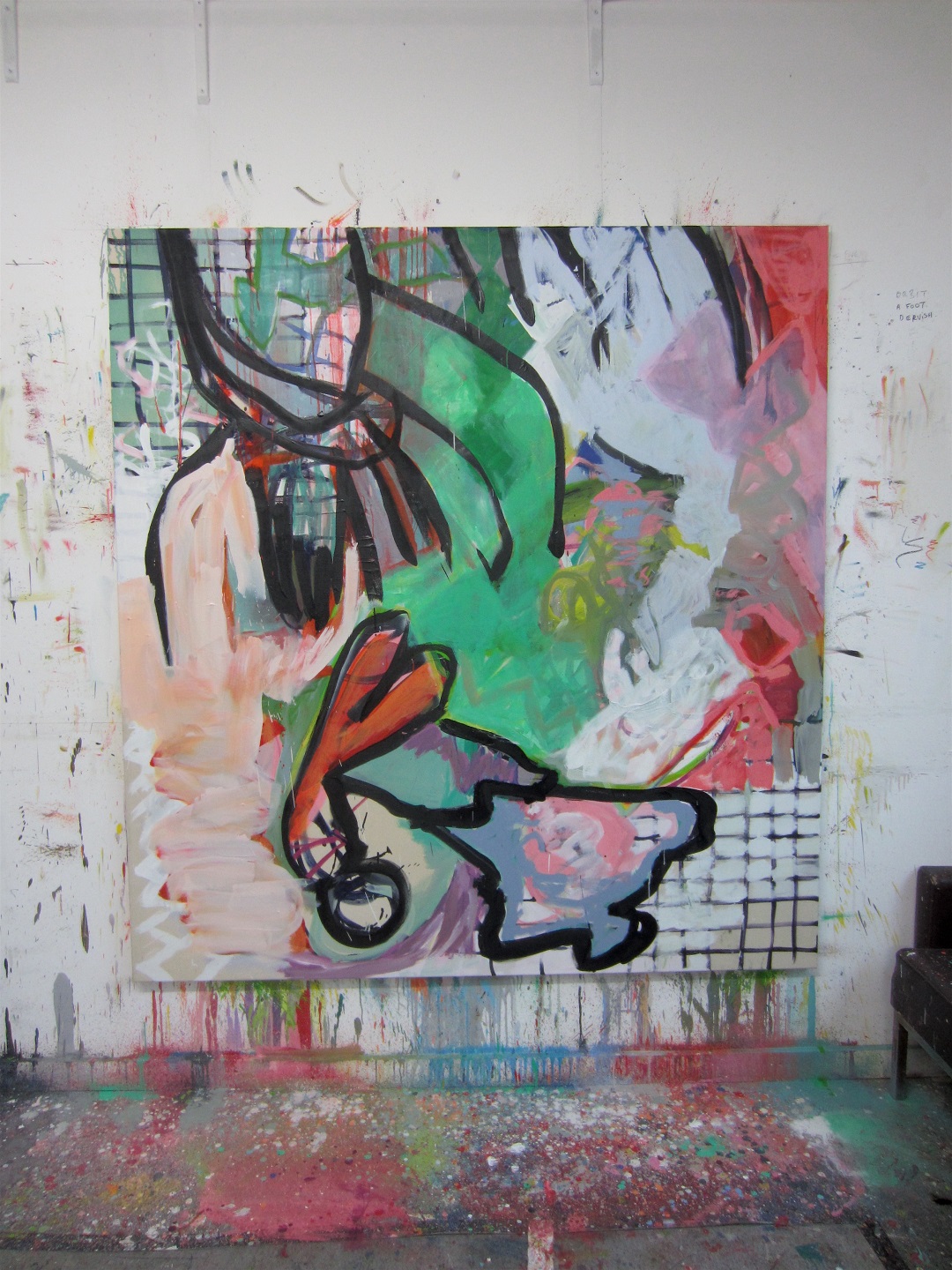 Karl: My website is www.karlbielik.com and from there all the usual online platforms can be found.

I have my work in a few shows recently… An ongoing series of shows in China curated by Contemporary British Painting with the final show being held in The Tianjin Academy of Fine Arts. I’m also in the wonderful group show ‘Testcard P’ at the Marylebone Crypt which runs until 11.01.18. I’m also in ‘Migration and Empathy’ at the Bursa Museum, Turkey, curated by Reyhani Akan. PV 18.12.17 runs to 23.02.18..
and so far next year has these shows confirmed
2018
Wilderness Projects, Studio 90, London with Jai Llewellyn. PV 20.04.18 runs to 02.06.18
A Road Not Taken, The Marylebone Crypt, London. PV 29.06.18 runs to 27.09.18
Nothing but Good, Park, Tilburg, Netherlands. Feb-March 2018. Dates TBC.
Mesnil-Eglise, Belgium. Solo show curated by Francoise Bastin. Oct 2018. Dates TBC. 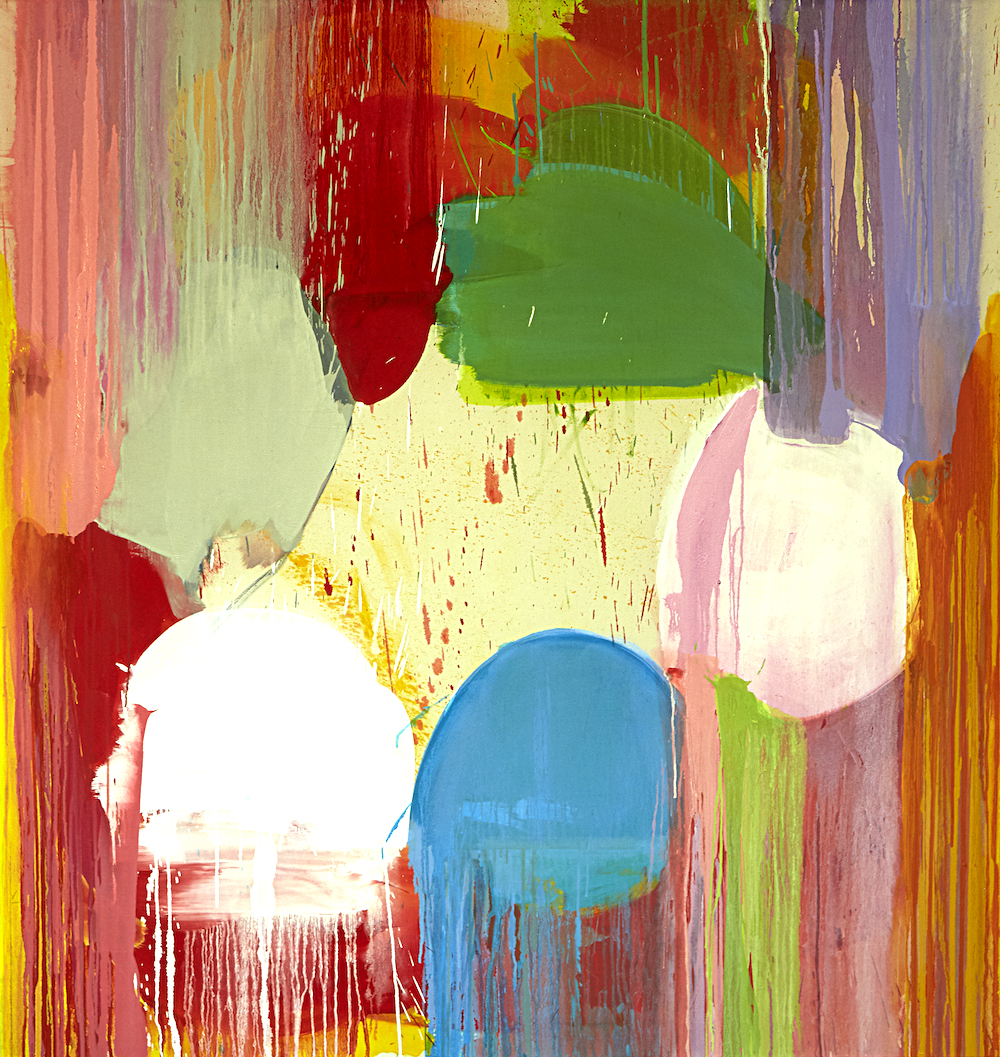