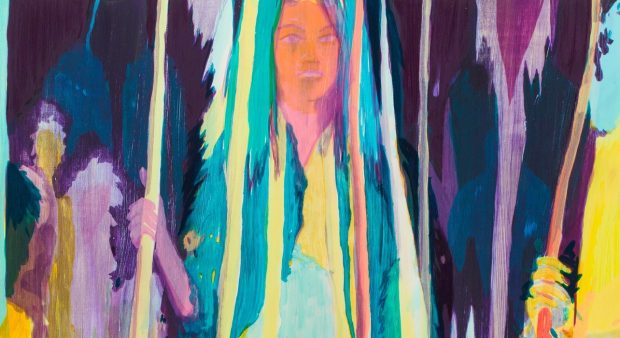 10 Exhibitions Not to Miss in March

Our selection of 10 unmissable exhibitions to see in March includes shows in London, Scotland, Birmingham and Wales. Thematically they mainly centre on pushing boundaries and uniquely interpreting the world that surrounds everyone. From the RWS Contemporary Watercolour Competition which focuses on the innovative use of water-based media to Sofia Stevi’s and Kaye Donachie’s solo shows that look at women’s lives and desires, each one demonstrates how with technique or ideas you can reimagine the world around you and challenge the status quo. 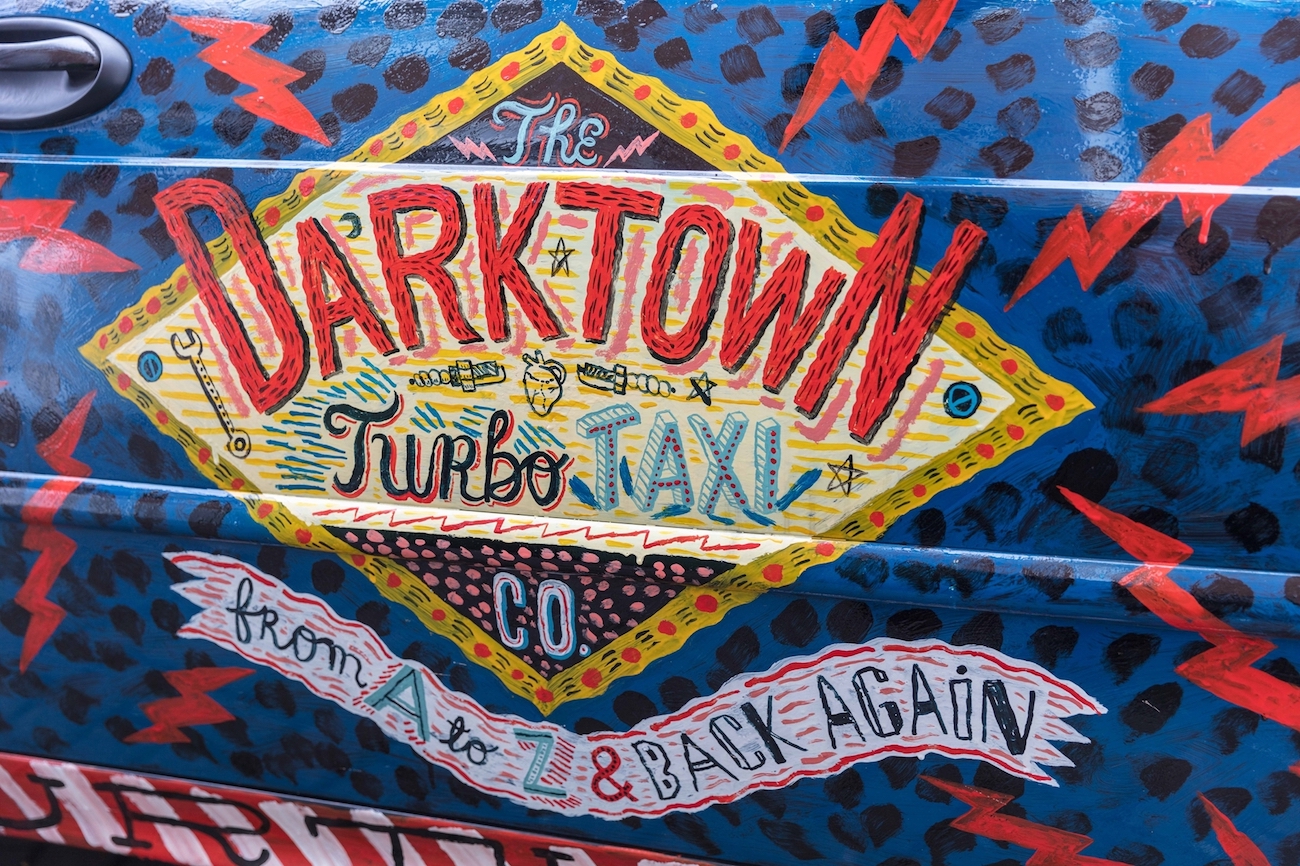 Jonny Hannah in 2015-2016 created an installation that invited viewers to take a walk down Darktown’s Main Street. Darktown is a mysterious quaint coastal town that doesn’t exist on any map but is peopled with pin-up women, jazz musicians and tattooed sailors. The installation, that consisted of the artist’s 2D and 3D work, focused on the position of the independent trader alongside a vintage-inspired style.

This new exhibition began when Hannah purchased a second-hand car and began to make changes to it so you can visit Darktown. The Turbo Taxi acts as a gateway for the public to enter Darktown and meet its host of characters and establishments.

Coming Out: Sexuality, Gender and Identity 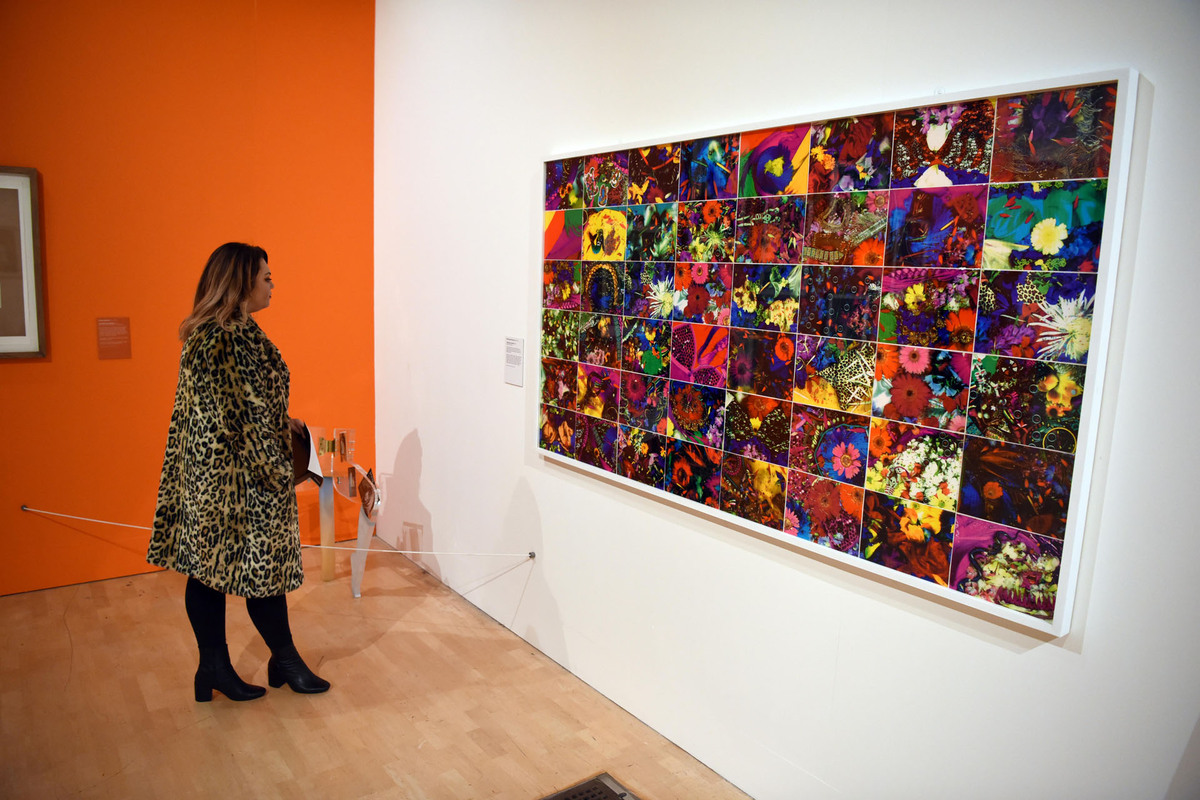 Exhibition shot of ‘Coming Out- Sexuality, Gender and Identity’ at Birmingham Museum and Gallery

Coming Out features over 80 modern and contemporary artworks that explore gender, sexuality and identity in visual arts. Including work by Andy Warhol, Sarah Lucas, Grayson Perry, David Hockney, Francis Bacon, Linder, Steve McQueen, Derek Jarman, Sunil Gupta, Richard Hamilton, Gillian Wearing and Vanley Burke, this exhibition marks the 50th anniversary of the partial decriminalisation of male homosexual acts. The artworks take 1967 as a place to start from and reveal research on LGBT culture as well as demonstrating the changing views about and interpretations of that culture.

Alongside this curated exhibition, there is also a ‘Coming Out Gallery Trail’ throughout the Museum’s permanent collection that tracks how views on gender and sexuality have changed and evolved in visual art since the 1700s. You can read their blog posts that accompany the trail to get a flavour of it, or in order to experience some of the ideas if you can’t travel there. 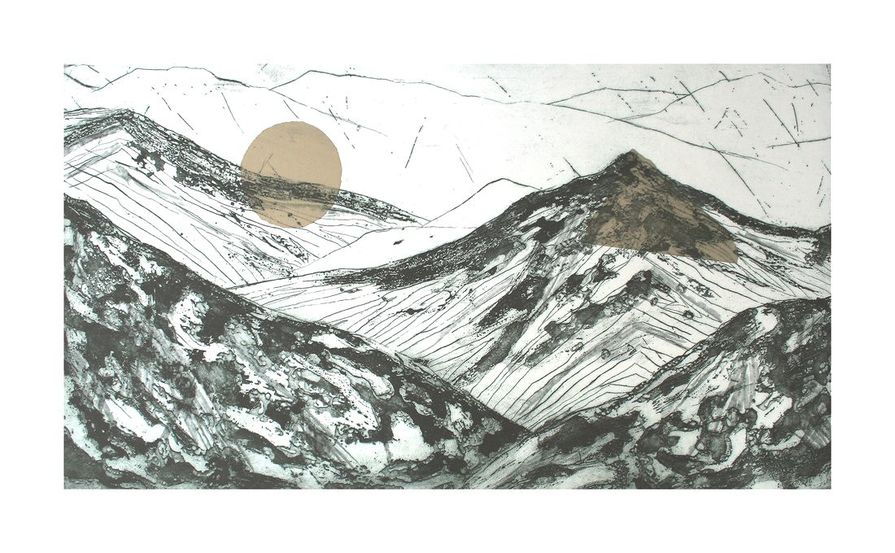 The Hepworth Print Fair every year includes a diverse and interesting range of paintwork and this year is no exception. The fair itself has had to be moved to the end of the month because of adverse weather conditions. But this does mean you will have more time to plan your visit.

Exhibiting artists and groups include:

Olivia Bliss whose piece is featured above is showing at the Hepworth Print Fair. She studied painting and printmaking at the Glasgow School of Art. Her work concentrates on the personal associations people have with landscape and the textures, patterns, colours and forms that emerge from them. You can see more of her work here.

Showing at The Hepworth Wakefield, Yorkshire between 23rd March to 25th March 2018. 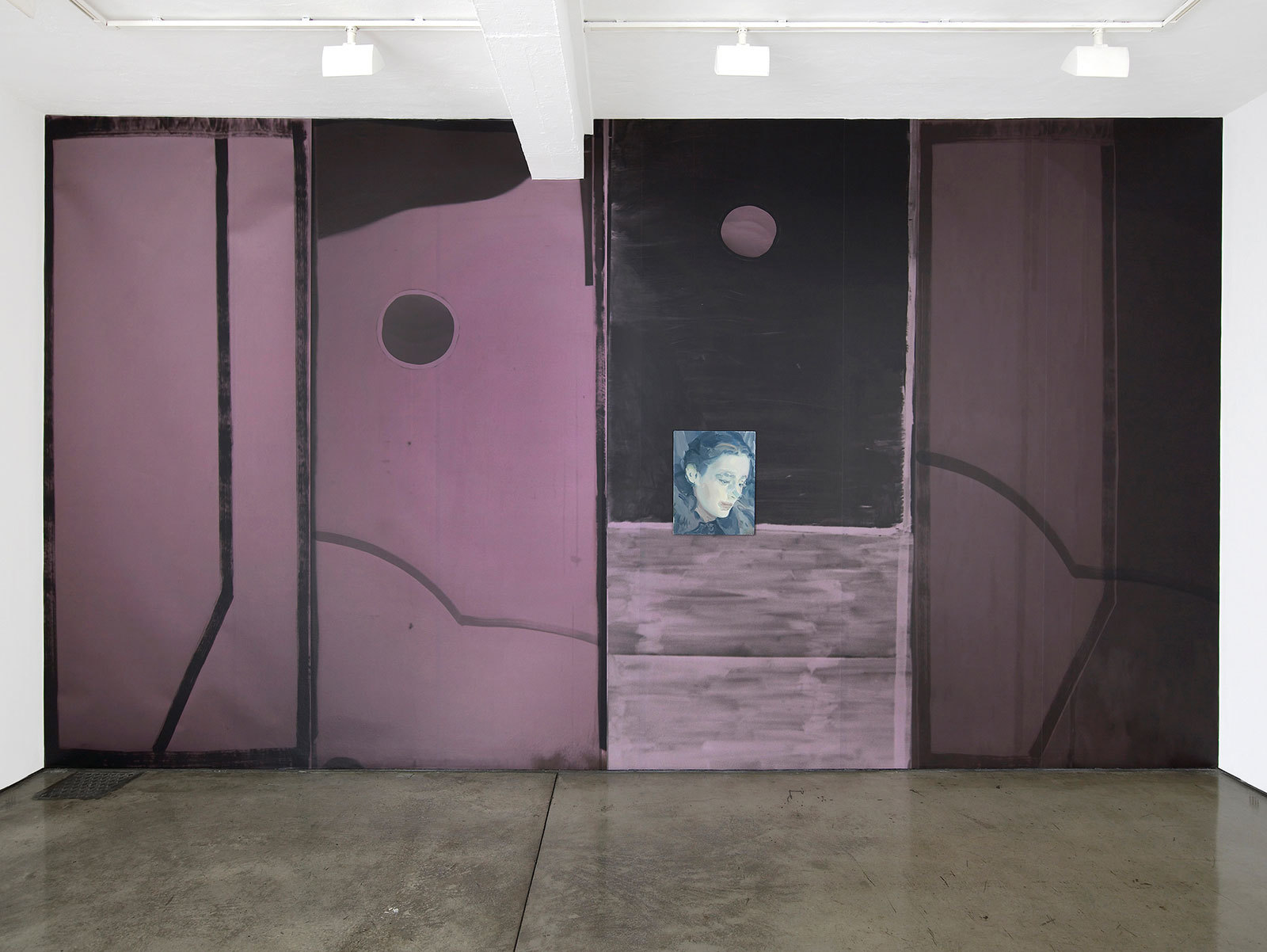 This exhibition is perfect to see as it’s Women’s History Month during March. Donachie’s paintings revitalise and distil female protagonists throughout history linking them to a places. Using as inspiration the writing and images of female poets Donachie weaves narratives within a given structure to create a sense of lightness as well aliveness. Her range of subjects and the echoing of stories, images and voices mean that the emotional about and position of women is transfigured into a new form.

All Too Human: Bacon, Freud and a Century of Painting 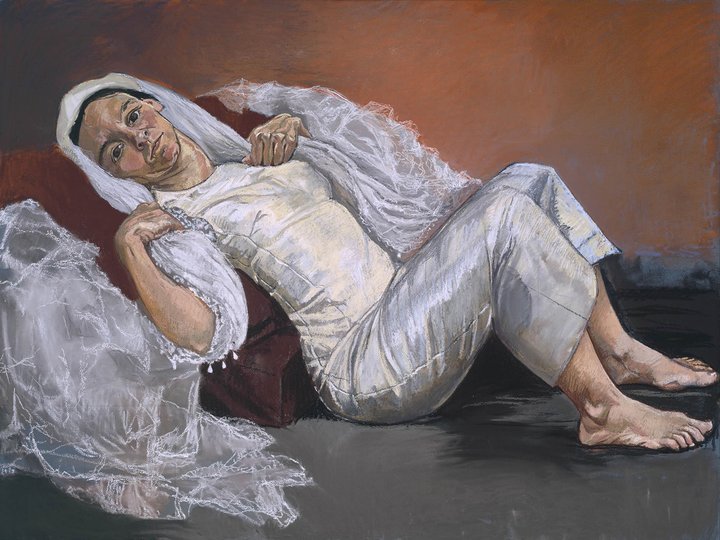 All Too Human captures the tenderness and agony that goes into life all through expert and invigorating painting. Featuring work by Lucien Freud, Francis Back, Frank Auerbach and Paula Rego, this presentation of British figurative artists impresses forcefully the intimacy paintings of the human figure have. Three of Francis Bacon’s important paintings will be shown in the UK for the first time in over 30 years.

An interesting element of this exhibition is it also demonstrates how this mode of painting was nurtured by the work of Walter Sickert and David Bomberg as well as many of their peers, and that contemporary artists are still affected by both groups today.

[I want to portray the] sensation of a page torn from the book of life.
Walter Sickert, 1910

I want the paint to work as flesh does.
Lucian Freud, 2009 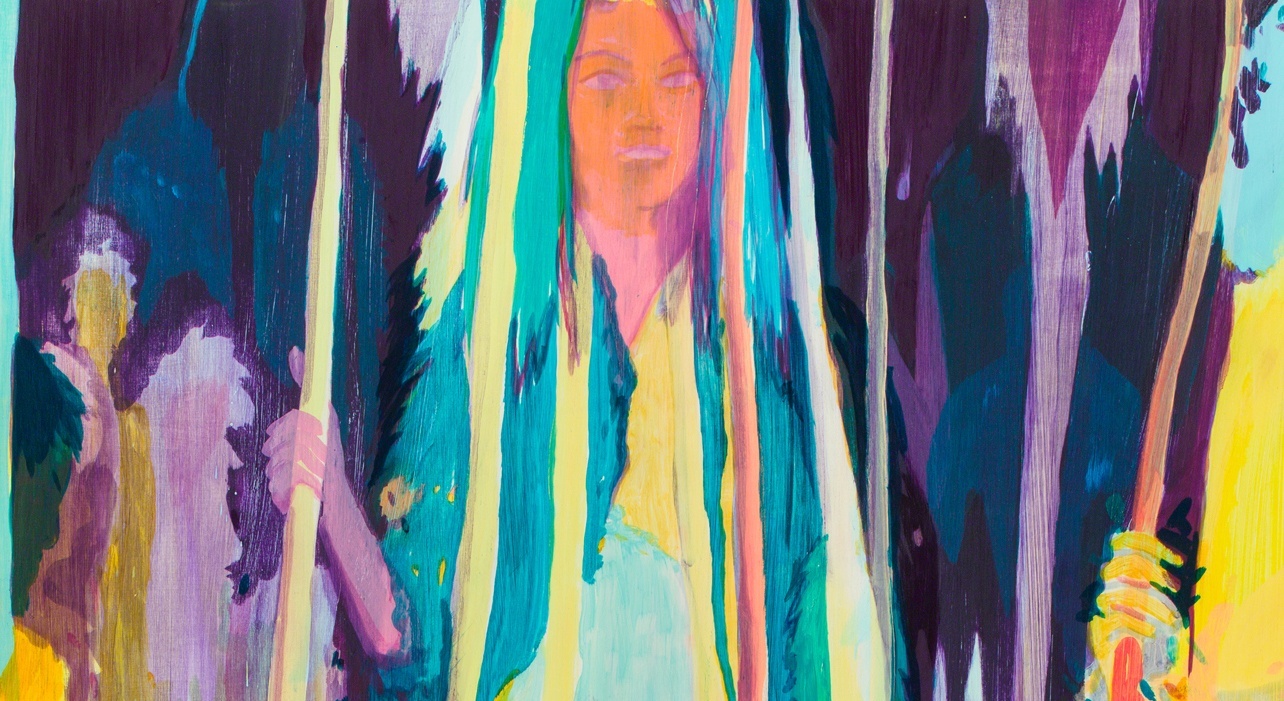 If Trees Spoke and We Listened (detail), 2017 , Jules de Balincourt

‘Quiet, reflective and mysterious, new paintings by the Brooklyn-based artist continue an intuitive approach to image-making, where the world we inhabit is filtered through the artist’s own psychological landscape.’

The ambitious work of Jules de Balincourt asks the viewer not only to trespass upon scenes of a landscape disfigured but also to tread around and seek out the political and social meanings of the work.

De Balincourt lives and works in Brooklyn, New York, her painting capture fanciful images dredged in myth and political reality— the nighttime landscapes, people looking for safety and glowing caves remind one of humans’ unconscious minds. The work speaks powerfully through her grasp of colour and technique, each piece having been built up from its beginning of abstract shapes and colours to the finalised scene. 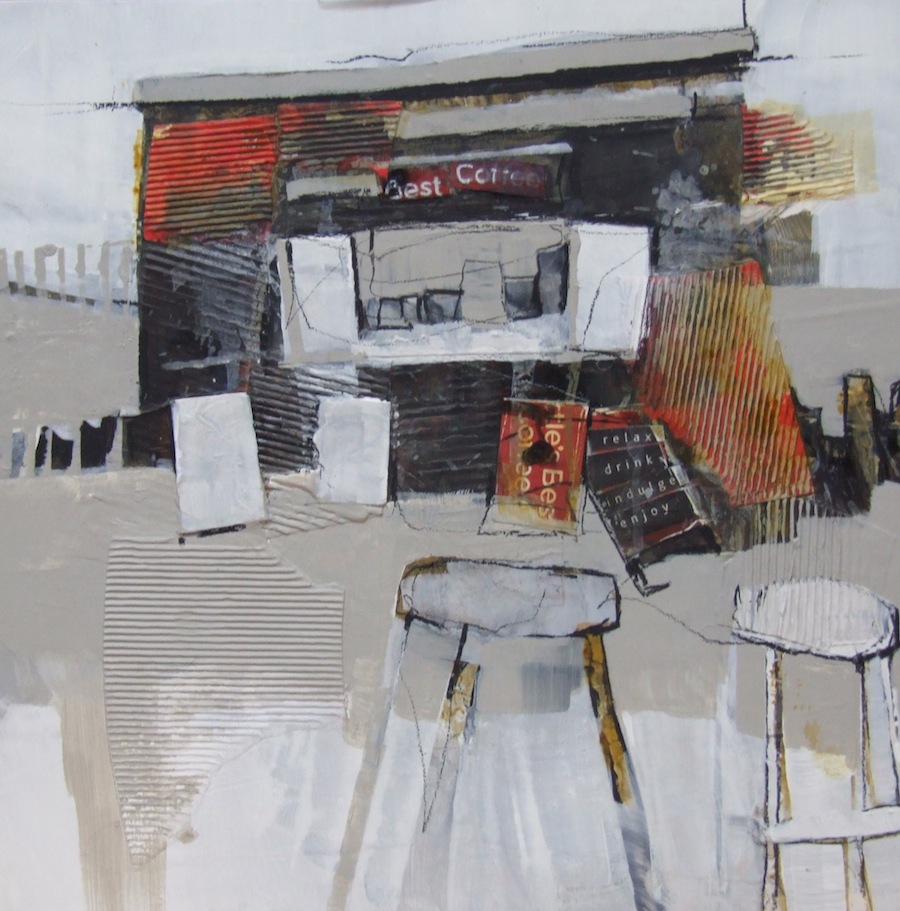 This solo exhibition by Pete Monaghan focuses on vernacular architecture in Celtic landscapes. His free and nuanced style uses mixed-media and careful colour balances to draw you into the beauty and dignity of the humble buildings and structures he presents. His style breathes life into forgotten dwellings and conjures up individual narratives with each work. This is a stunning opportunity to see Pete Monaghan’s work in the gorgeous village of Machynlleth, where the landscape directly echoes his subject matter and one not to be missed. You can view more of Pete Monaghan’s work here. 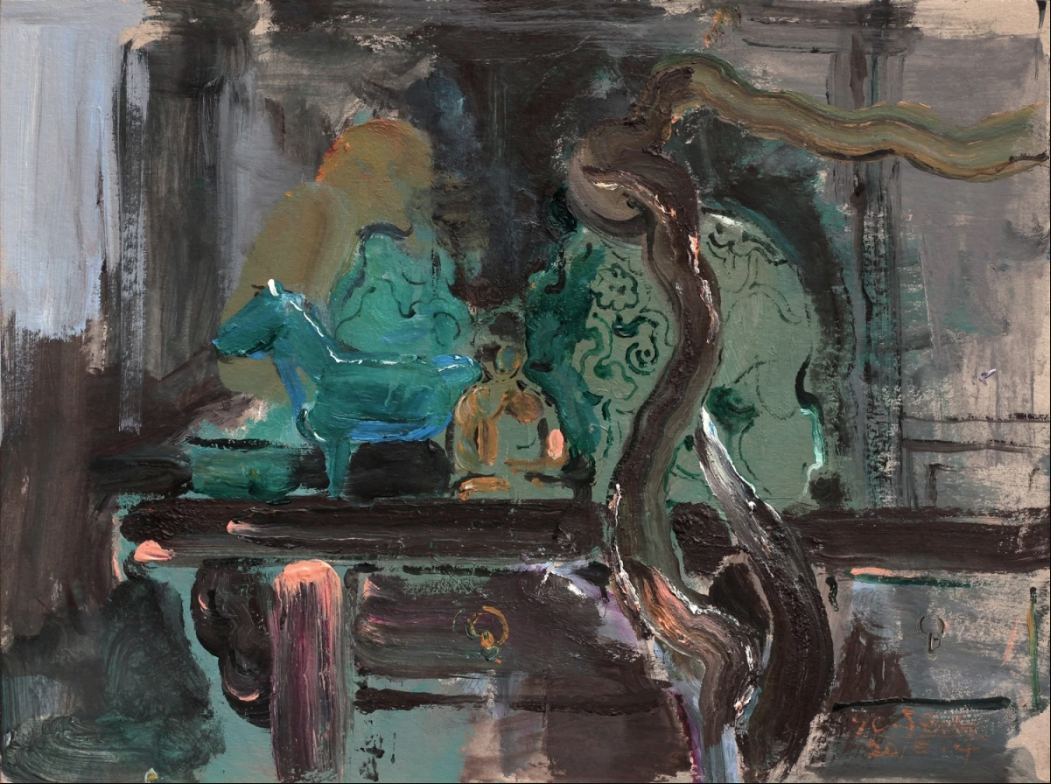 Yeuchen Feng, Who Smashed It

This is a collection of the successful entries that made it through the Royal Watercolour Society’s annual competition. The work has been curated to provide a focus on new talent and imaginative uses of watercolour on paper. The show because it covers a wide range of styles and subject matter is a great example of the versatility of water-based media.

Sofia Stevi uses inspiration from the everyday, literature and philosophy to produce painting, sculpture and works on paper that combine multiple references into eclectic fascinating pieces. For instance images on instagram are brought into dialogue with the Romantic poet Christina Rossetti’s writings on women. 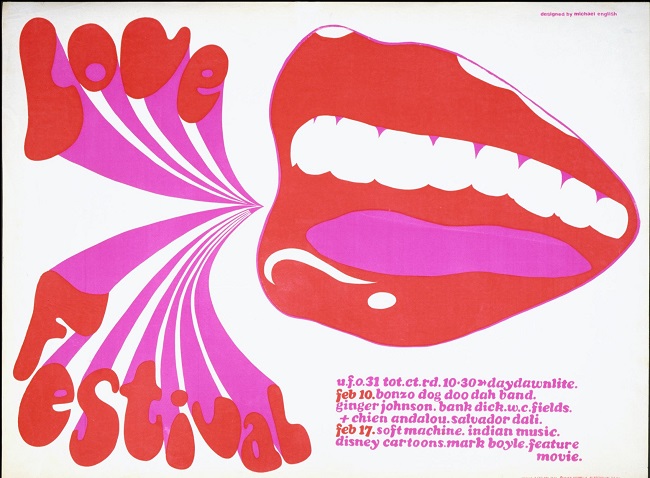 The exhibition itself uses the work of these artists to track the history of Pop Art from the 1960s till the early 2000s. The combination of fine art printmaking with the commercial and popular culture requirements make Pop Art a fascinating movement, as well as an inspiring resource for inspiration.

The image featured at the top is: If Trees Spoke and We Listened (detail), 2017, Jules de Balincourt who is showing in a solo show ‘Jules de Balincourt: They Cast Long Shadows’ at The Victoria Miro Gallery, Mayfair, London.