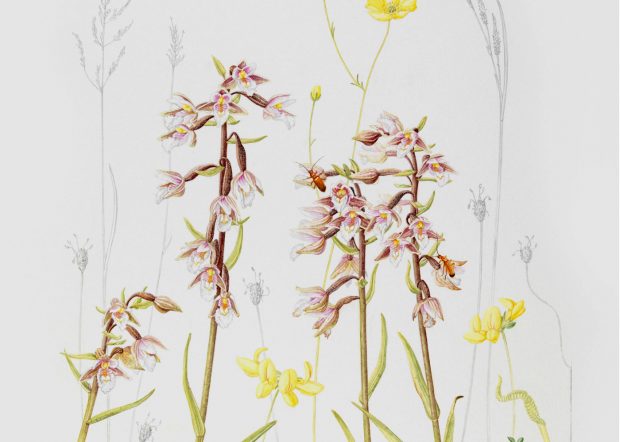 For the Worldwide Day of Botanical Art on May 18th 2018 the Association of British Botanical Art, also known as ABBA, is hosting an exhibition at Lancaster University. ABBA was formed so that botanical artists in the UK can communicate and demonstrate their love of native plants. Named after John Ruskin (1819 – 1900), the famous botanist and writer who was working in the 19th century and closely detailed the trees and plants of England, this show will present it’s group’s pieces that detail fascinating and unusual specimens and is running in conjunction with botanical exhibitions showing across the globe in 25 participating countries to commemorate the Worldwide Day of Botanical Art.

This exhibition will be held at The Peter Scott Gallery in association with The Ruskin Library University of Lancaster.

The exhibition runs between Friday 18th May and Friday 8th June 2018. It will be open on weekdays between 12pm and 5pm and there will be special event open days on Saturday 19th May and Saturday 9th June 2018 between 10am and 4pm.

ABBA was formed specifically to enable botanical artists living in England and Wales to take part in the Worldwide Day of Botanical Art on 18th May 2018. The exhibition was an opportunity for us as botanical artists to focus on the botany and create interest in the beauty of our native flora; plants that are often derided. Many consider them boring or weeds until one studies them in great depth. 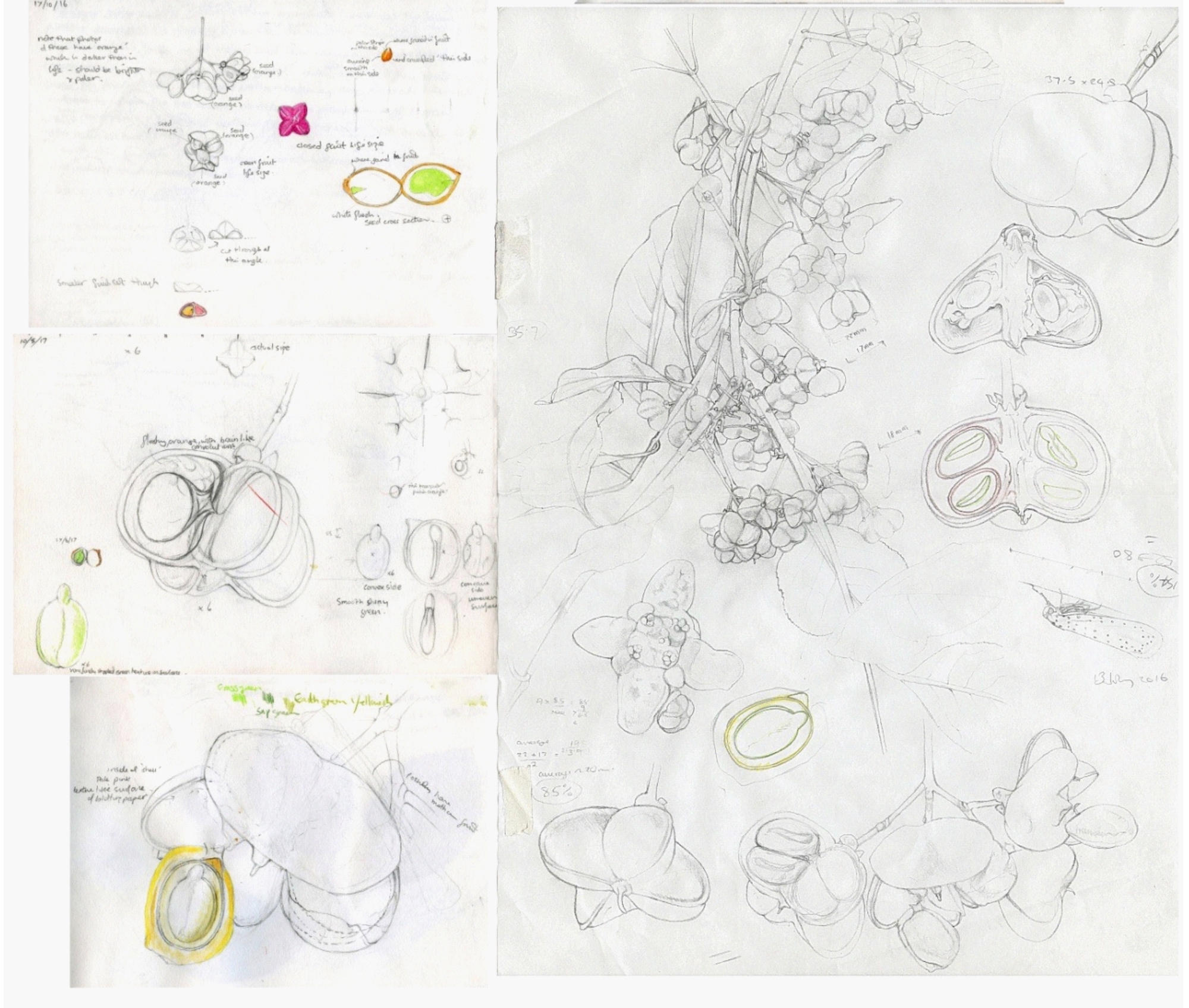 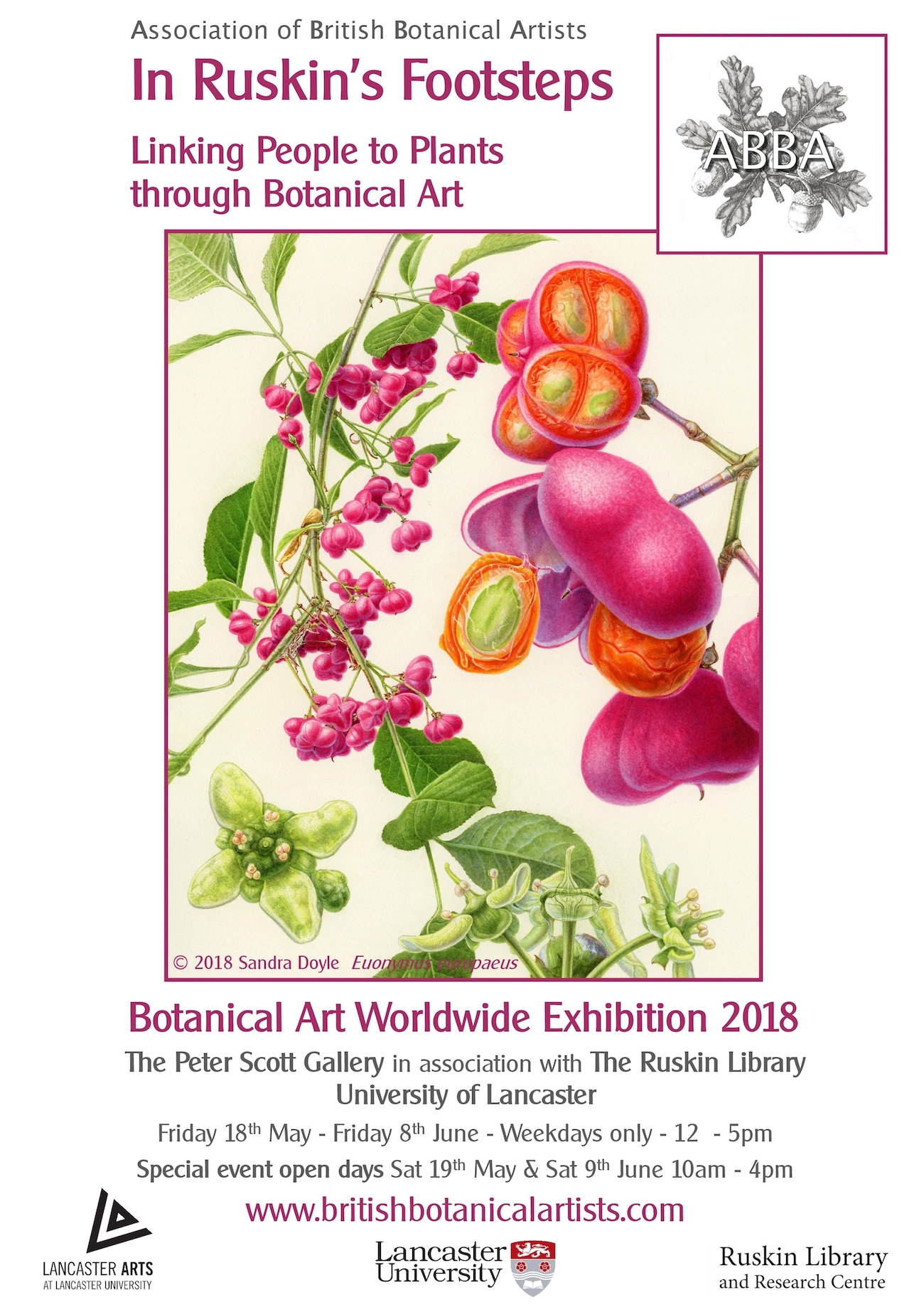 The exhibition ‘In Ruskin’s Footsteps’ that is being held in Lancaster, England, shows these plants as absolute jewels when studied closely; they are far from boring. Some are indeed quite rare and/or declining species that you might not normally see or consider.

We have been particularly surprised by the amount of interest shown throughout the UK for this exhibition. This has been from individual artists; large organisations such as the Royal Botanic Gardens Kew, the Royal Horticultural Society (RHS), the RHS Lindley Library, the Chelsea Physic Garden and others, including conservation organisations. The first three organisations above are all also holding events on the Worldwide Day of Botanical Art – the 18th May. To find out about these events and find out more details visit the ABBA website and look under Partnership Events.

ABBA is now seen as a stepping-stone to a potential countrywide organisation focusing on botanical art and illustration. Since its start, it has encouraged many people through its blog and other online platforms. It shows and explains the development of the paintings that were chosen for the exhibition and is currently raising the profile of native plant species and the organisations conserving them.

ABBA certainly supports the philosophy of linking people to plants through botanical art, that the Worldwide Day of Botanical Art is championing.

You can keep up to date with news of the exhibition on the ABBA website and Facebook page.

Native plants in England and Wales 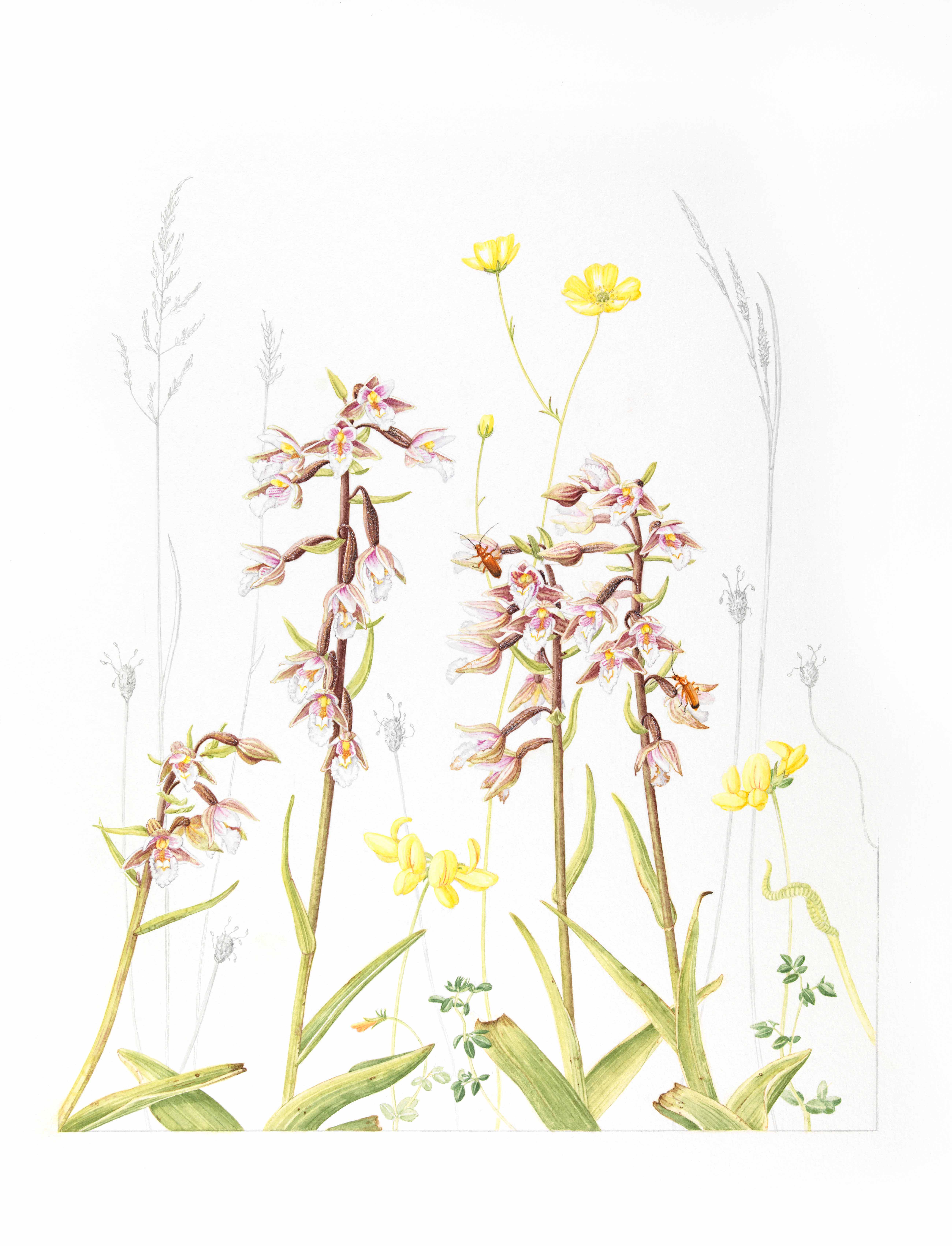 At one time the United Kingdom was part of the main continental land-mass of Europe, therefore many of our indigenous plants are found across most of northern Europe. Influenced by the warmth of the Gulf Stream, some less hardy plants also surprisingly grow here.

The artworks that have been selected for our exhibition, ‘In Ruskin’s Footsteps’, include a variety of plants from a wide range of habitats. There are some that are particularly rare, such as Babington’s leek or the Marsh helleborine. But some are seen almost anywhere in our country such as the Common poppy and the Rosebay willowherb – both of which seemed to flourish in areas bombed during the Second World War. Some plants grow in rocky crevices – Bristol rock cress; or are used in cancer treatment – the Yew; grow in chalk grassland – Bee orchid; or are popular for foraging – the Sloe and the Bilberry.

There is both beauty and usefulness in our native plants, to find out more visit Ruskin’s Footsteps on one of the weekend special event days, detailed in the flyer below. 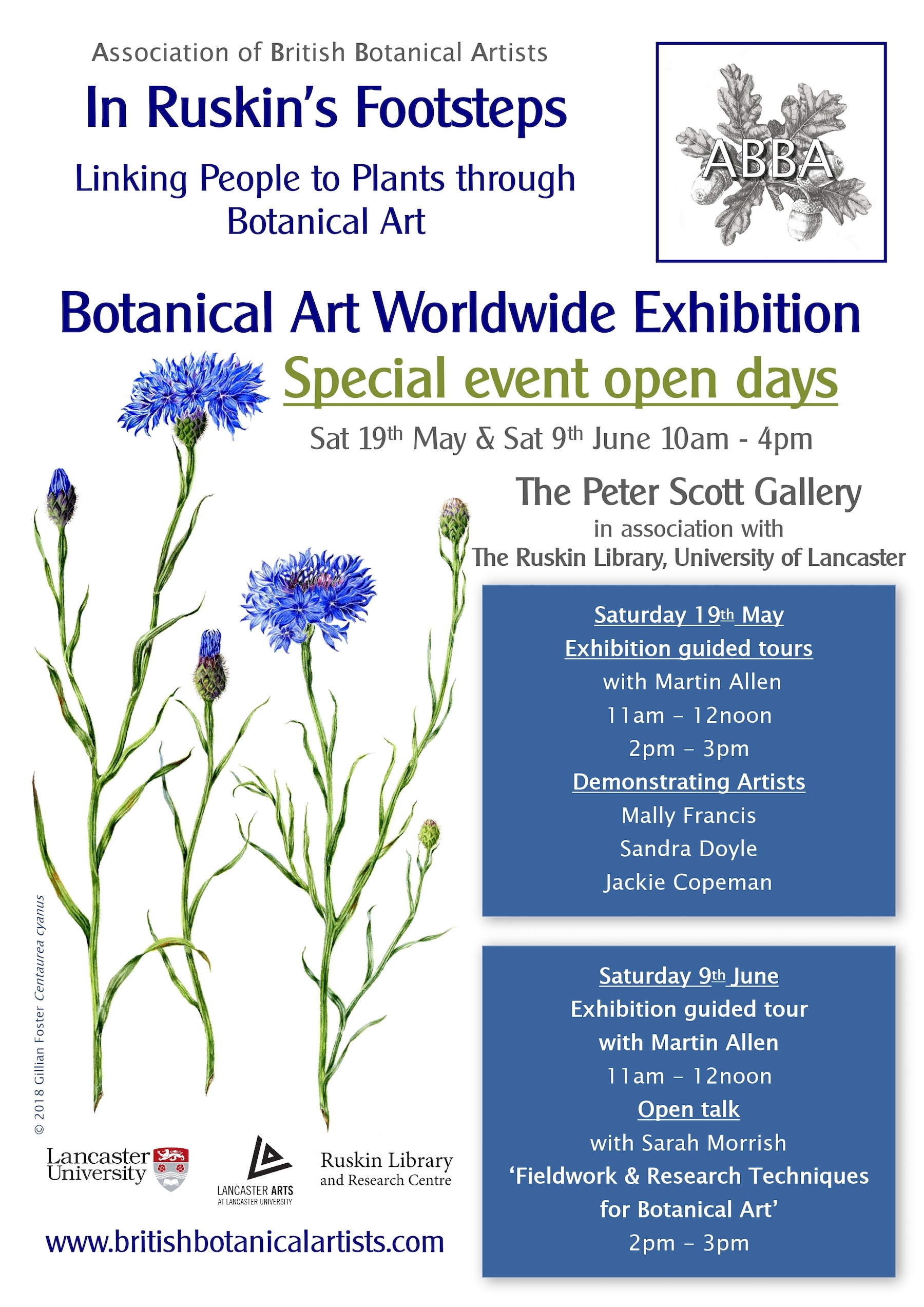 At Jackson’s, we’re delighted to have heard about ABBA forming and look forward to seeing what the group do next, Ruskin’s Footsteps is the perfect way to celebrate the Worldwide Day of Botanical Art but if you can’t get to Lancaster check out our Artist’s Calendar for alternative events or have a read of our botanical blog posts to get inspired.

The image featured at the top is: Claire Ward, Epipactis palustris, showing at Ruskin’s Footsteps