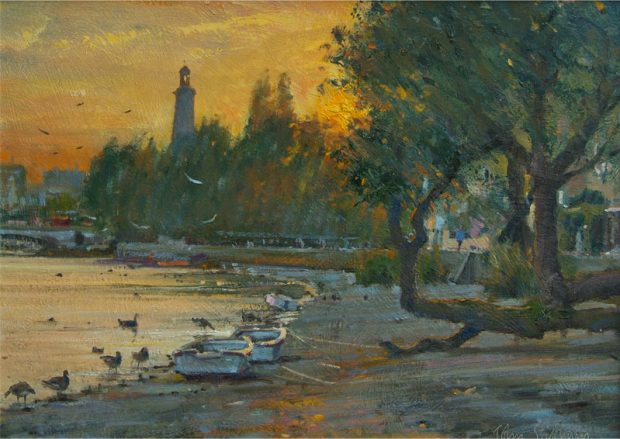 As it’s been 130 years since the first British Impressionist Exhibition we decided to revisit the Impressionist movement: what the themes were, the techniques that were used and how the work was received. Looking at contemporary artists it is clear how many have been influenced by the Impressionists and use part of their approach in a modern way. This article also gives tips on how an artist can paint with this approach.

[The image featured above is by John Stillman RSMA, it is End of the Day Strand On The Green, 7 x 10, to see more of his work please visit his website here.]

The Formation of Impressionism 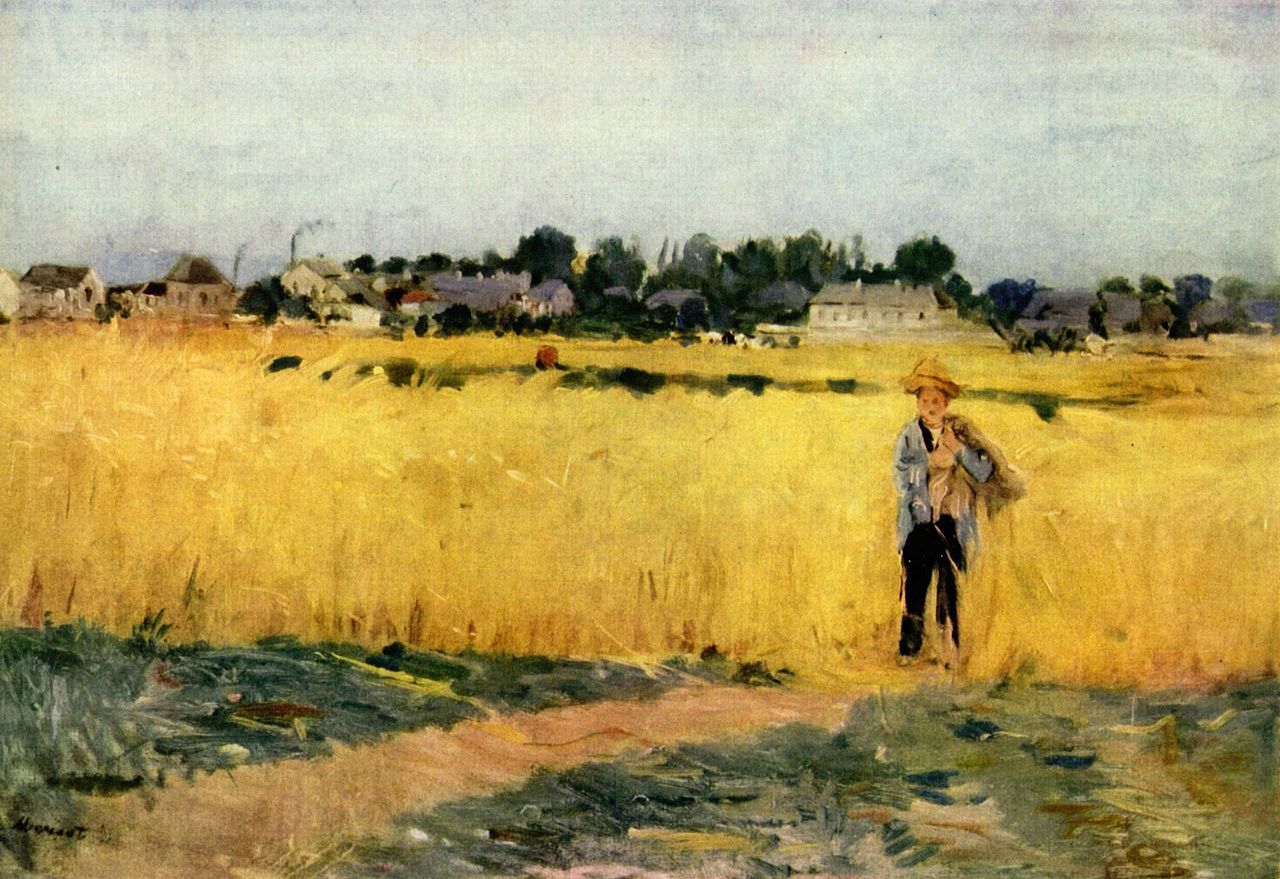 The first exhibition of Impressionist work took place in April 1874, at the time they were considered ridiculous, shortly after they were seen as groundbreaking and now many of their views and techniques are taken as the mainstay of painting. Most people, who aren’t even interested in art, will know the names of the main Impressionists (Monet, Renoir, Pissarro, Sisley, Cézanne, Berthe Morisot, Edgar Degas) and their work and approach is still increasingly popular with collectors, hotel owners and artists alike.

During the first exhibition, the term ‘Impressionist’ was coined to be derogatory, the art dealer Paul Durand-Ruel was unable to even pay the artists the agreed sums due to lack of collectors and when several French Impressionists were staying in Britain their work barely sold. However, by the time of the first English Impressionist exhibition in 1889, the term Impressionist had become synonymous with modern life, spontaneity, independence and the future of art. James McNeill Whistler brought many of the then solidified Impressionist techniques to Britain showing them to his pupils Walter Richard Sickert and Wilson Steer, who then promoted the approach in England through creating the New English Art Club. 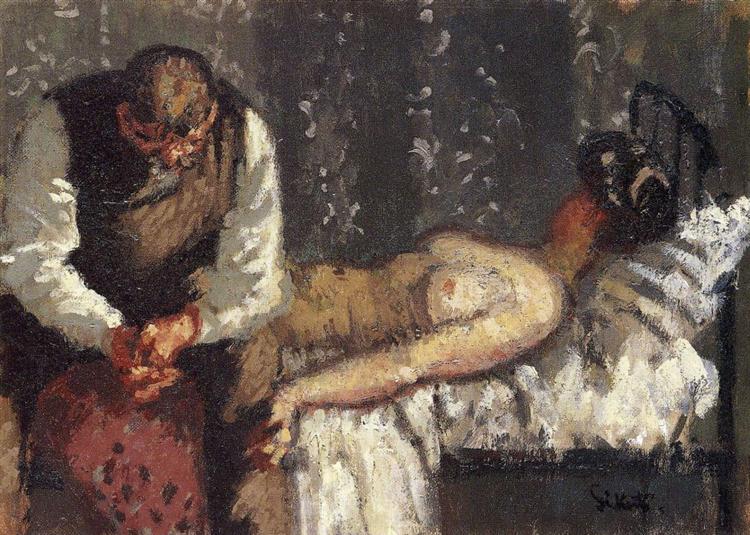 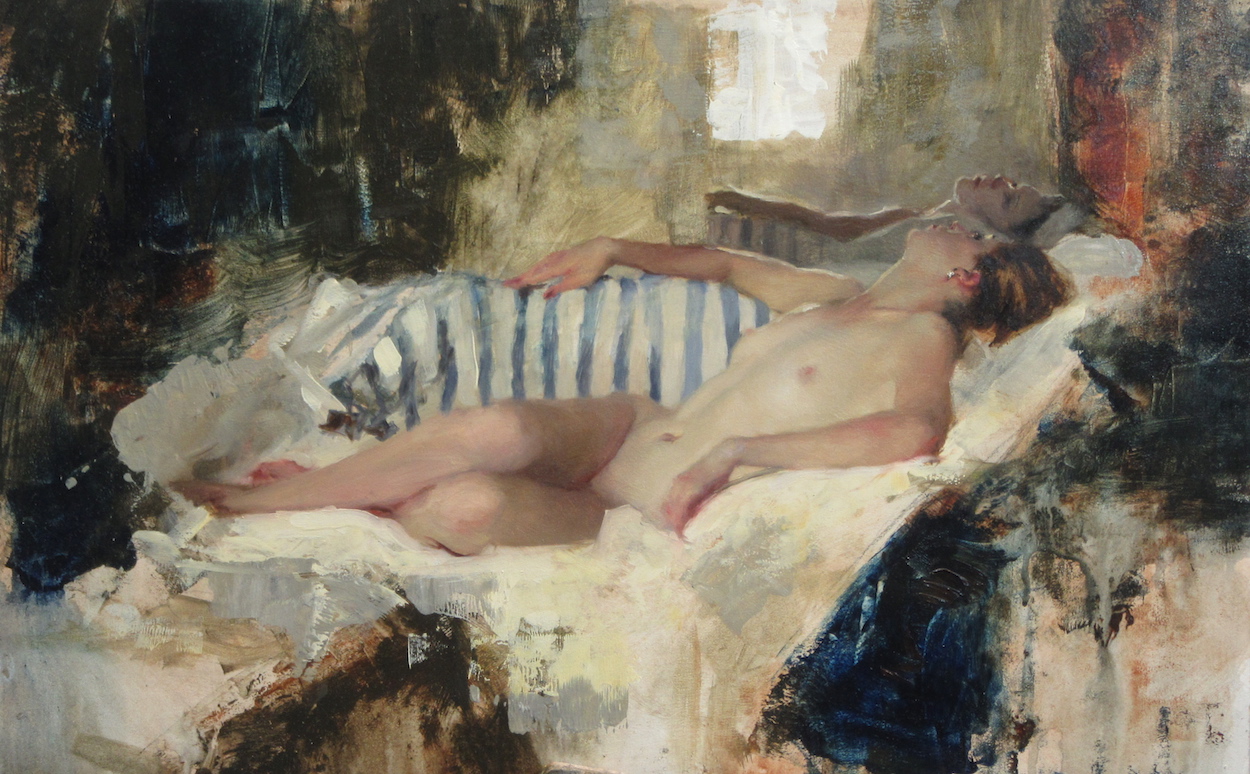 An Impressionist approach is still favoured by many British painters working today. Panter and Hall Gallery is holding an exhibition of contemporary British Impressionists, Michael Alford, John Martin and Richard Pikesley, Susan Ryder and Robert E Wells, this month (view details here). But, has the intention of Impressionism changed in its modern form? It was revolutionary at the time because it did away with the hard lines and clear forms that the art world had made mandatory, and instead relied on rapid brushstrokes and colour. This is no longer revolutionary so does it change the nature of the work? 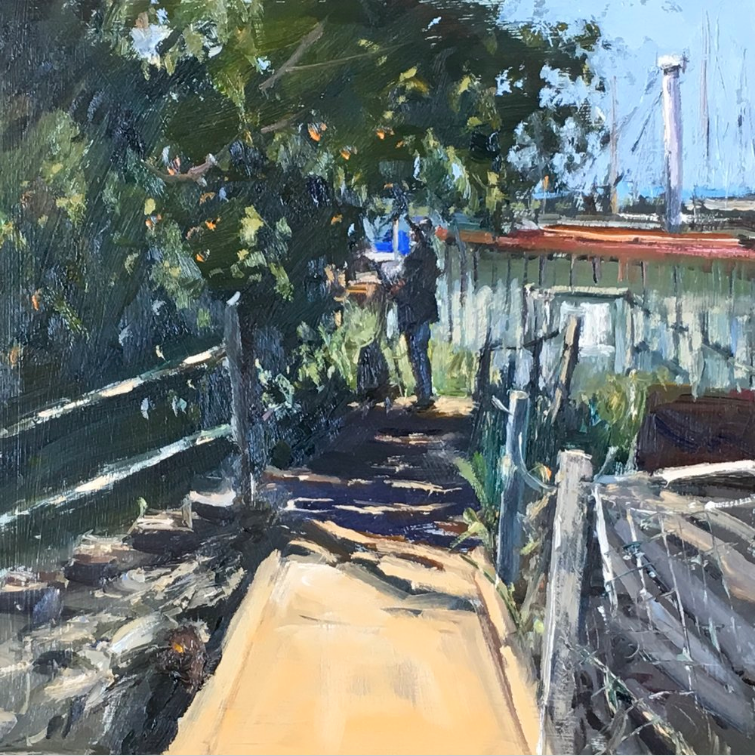 Some modern artists, follow an Impressionist approach that hasn’t really changed in over 130 years. They work predominantly outdoors, focus on light and work spontaneously to describe a moment. This means their work has similar themes and intent to the original Impressionists, however, while Impressionism was revolutionary at its inception it is now seen as traditional and part of the institution, meaning modern ‘Impressionists’ cannot be viewed as rebellious. A perfect example of how equivalent groups to the Impressionist communities are still thriving is the plein air groups the Northern Boys and the British Plein Air Painters, both of whom work predominantly outdoors and use some techniques that can be seen as Impressionist. There is currently an exhibition being held in Manchester and a paint out arranged at Manchester, Piccadilly Gardens on the 13th April 2019 (you can view details on the British Plein Air Painters here). Lois Griffel’s book Painting the Impressionist Landscape builds and further looks at contemporary Impressionist painting compared to the original Impressionist paintings and describes how one can mimic an Impressionist working style. 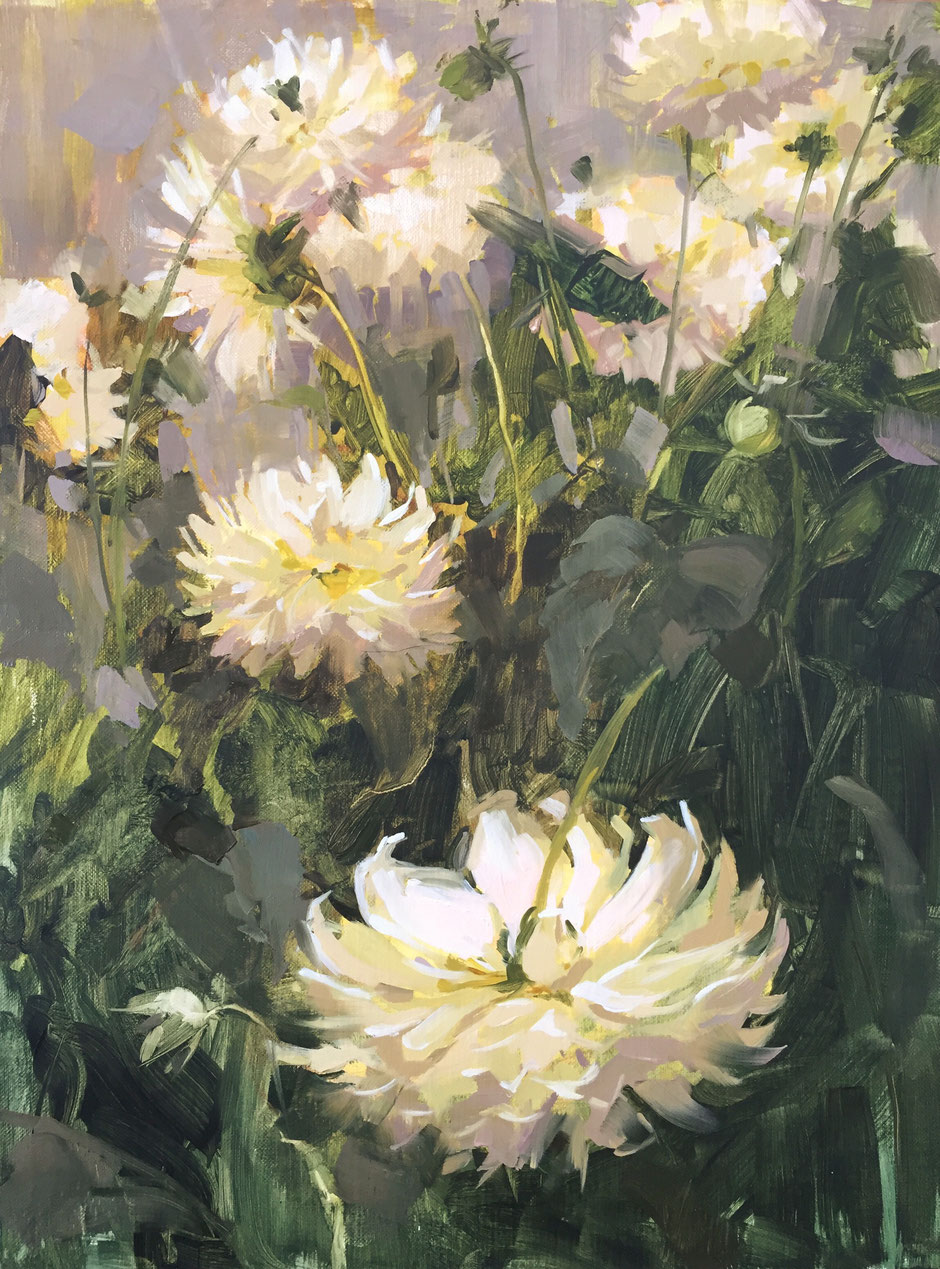 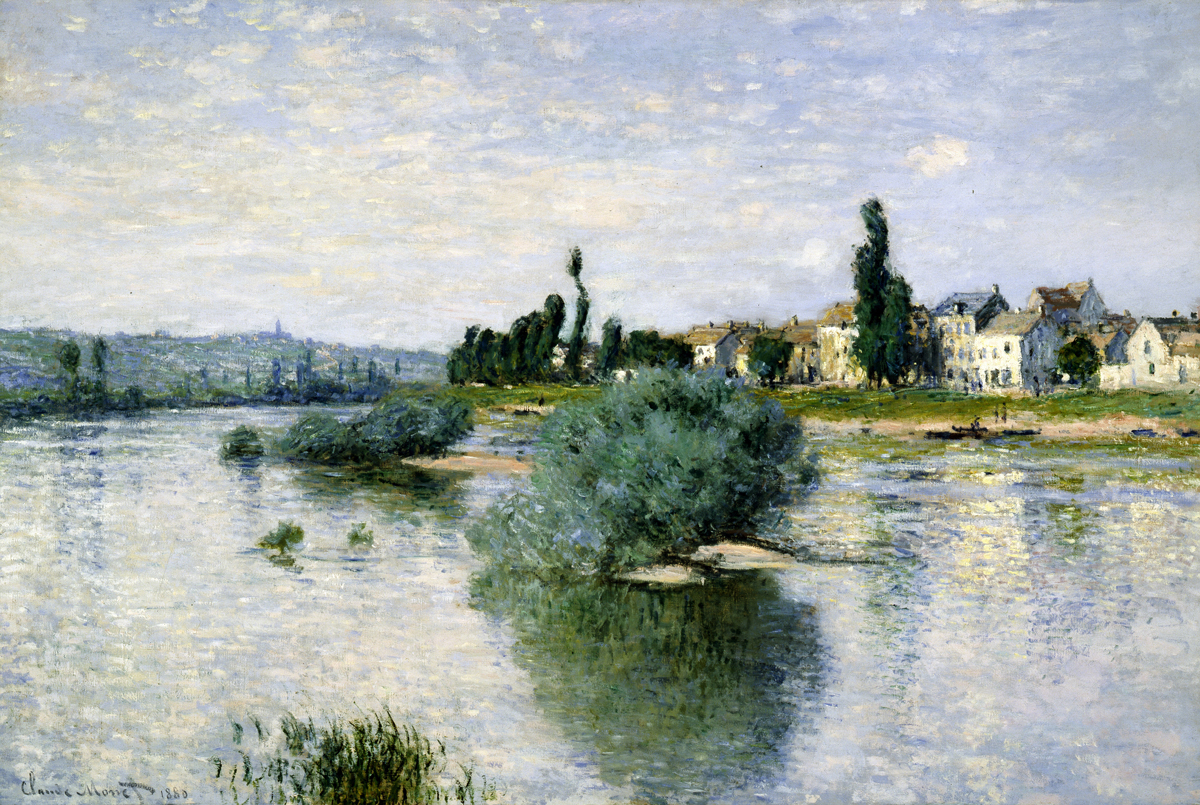 Some of the key features of Traditional Impressionism are in play in modern work as visible throughout this post. There tends to be slightly less optical mixing now as the abundance of per-mixed colours has made it redundant as a necessity while working outdoors but many artists still opt to use optical mixing as it’s visually alluring. 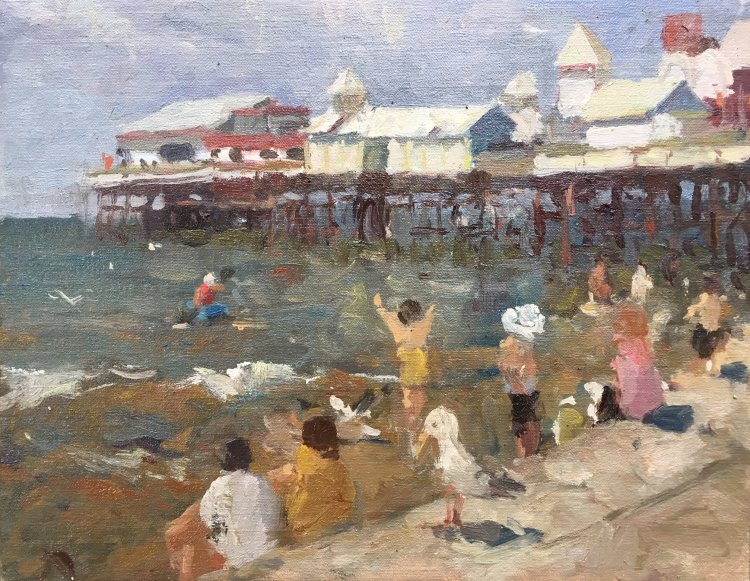 This blog post has further details and visual tests on how to achieve an Impressionist style or incorporate Impressionist techniques. 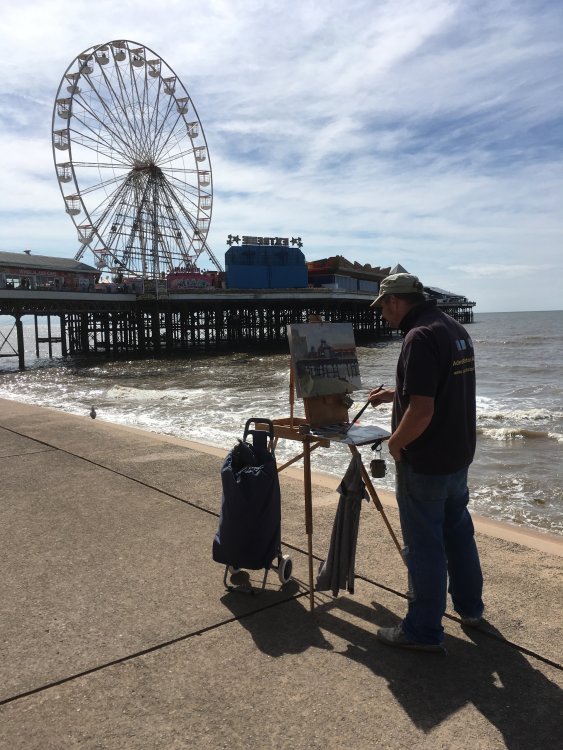 Then as now, in order to produce an impression of a scene with true atmosphere the Impressionist worked outside rather than in a studio (this was also partially why their work was accused by some of being “sketches”). This made it essential to have a proper plein air set up, while the focus on colour to guide the eye instead of tonal form or strong lines meant purchasing high pigmented, bright oils or other colour was a must.