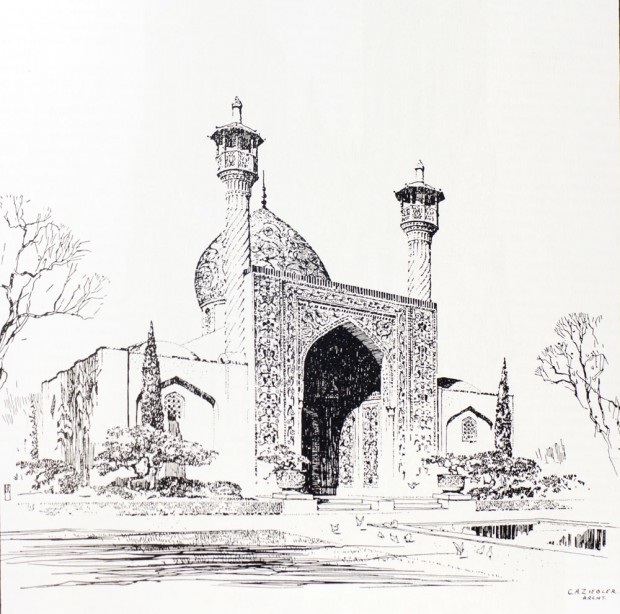 Rendering in Pen and Ink

Rendering in Pen and Ink

The 256-page classic book by Arthur L. Guptill in paperback. 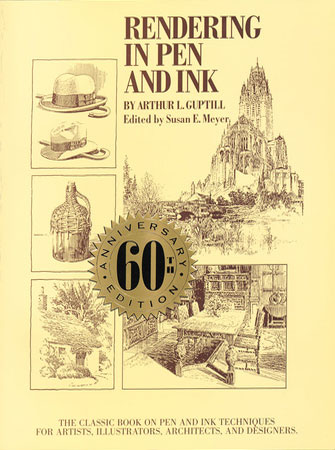 Arthur L. Guptill’s classic Rendering in Pen and Ink has long been regarded as the most comprehensive book ever published on the subject of ink drawing. This is a book designed to delight and instruct anyone who draws with pen and ink, from the professional artist to the amateur and hobbyist. It is of particular interest to architects, interior designers, landscape architects, industrial designers, illustrators, and renderers. 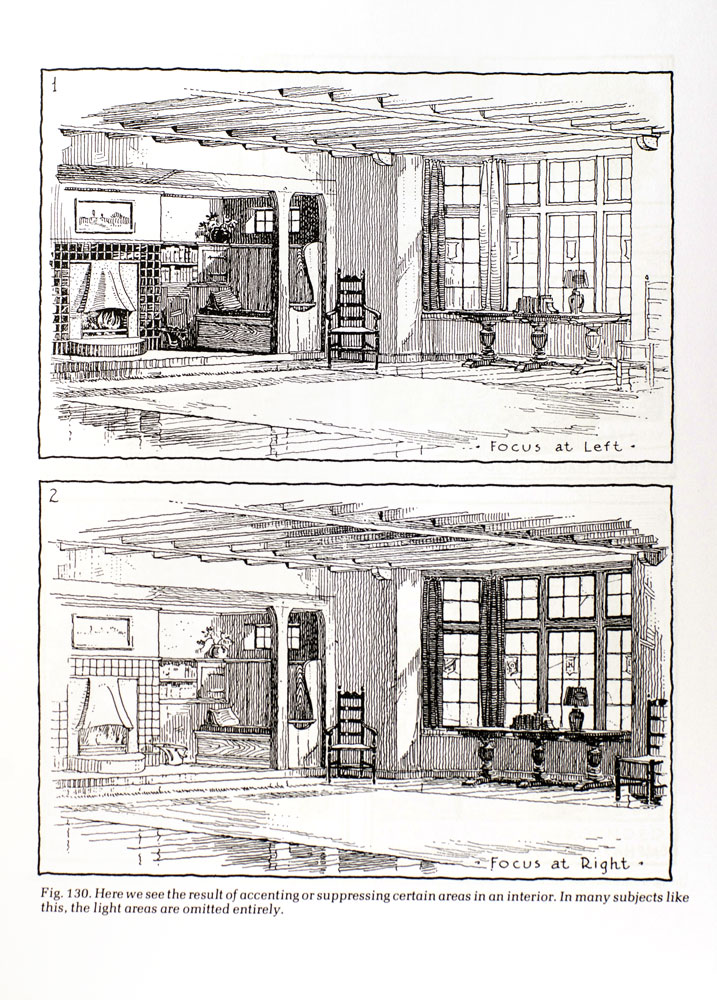 Contents include a review of materials and tools of rendering; handling the pen and building tones; value studies; kinds of outline and their uses; drawing objects in light and shade; handling groups of objects; basic principles of composition; using photographs, study of the work of well-known artists; on-the-spot sketching; representing trees and other landscape features; drawing architectural details; methods of architectural rendering; examination of outstanding examples of architectural rendering; solving perspective and other rendering problems; handling interiors and their accessories; and finally, special methods of working with pen including its use in combination with other media. 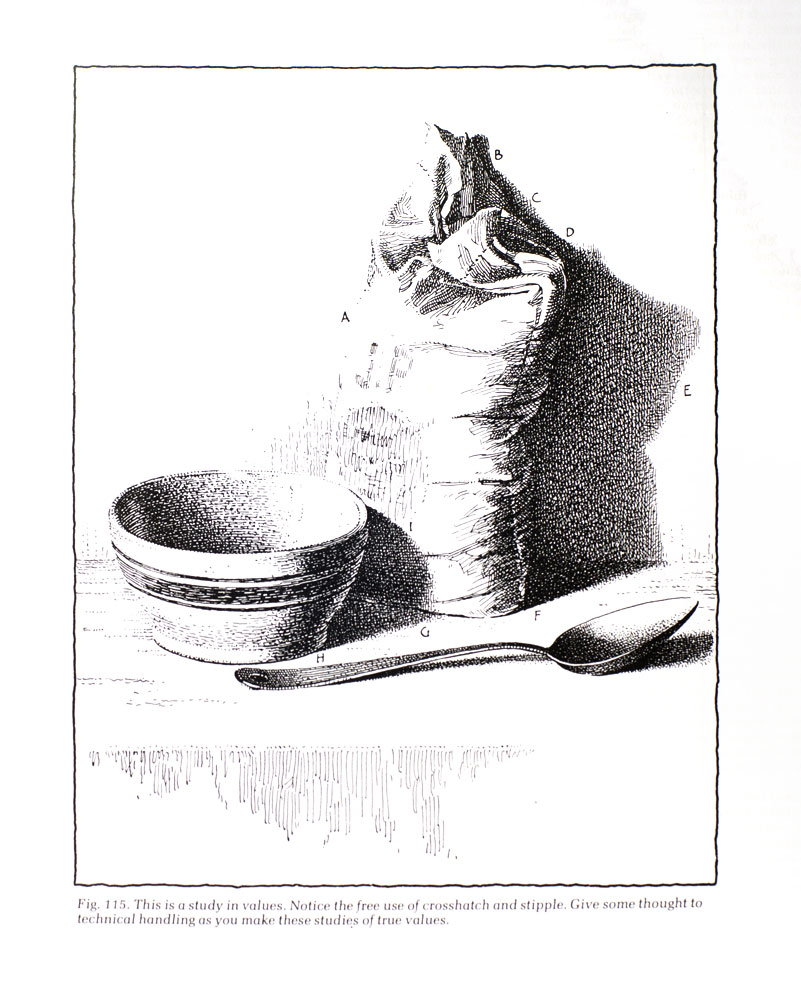 This is a large, heavy book – much more substantial than I expected. It is full of loads of useful information about all aspects of drawing. I recommend it highly. 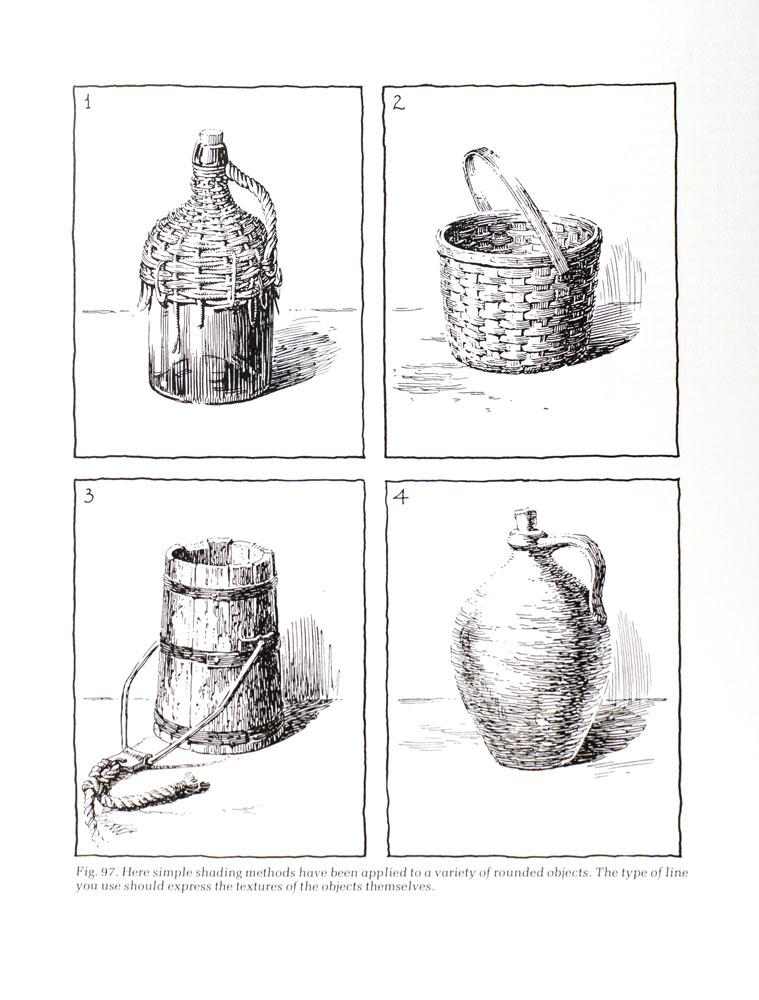 Arthur L. Guptill (1891-1956) who co-founded Watson-Guptill Publications and was co-editor of American Artist magazine, was an architect, a painter, an art director, an author, and a teacher. Born in Gorham, Maine, he graduated with a degree in architecture from Pratt Institute in 1912, and then studied at the Massachusetts Institute of Technology. A partner in Bearse & Guptill, architectural designers and illustrators, from 1919 to 1925, Mr. Guptill was a freelance specialist in design, freelance advertising artist, and advertising agency consultant from 1916 to 1937. The founder, president, and director of activities of the Amateur Artists Association of America, Mr. Guptill wrote numerous art instruction books. He taught at Pratt and the Brooklyn Museum and was a member of the Art Directors Club of New York and a fellow of the Royal Society of Arts in England. Susan E. Meyer was born and raised in New York City. She was graduated from the University of Wisconsin and attended the Universita per Stranieri in Perugia, Italy. Ms. Meyer has had a long history of involvement with Arthur Guptill’s work. For over seven years, as managing editor of Watson-Guptill Publications, the company he co-founded, she compiled and edited his books. In that capacity, she also compiled, edited, and collaborated on a number of other books on watercolorists and their techniques, painting portraits, and designing with type. In addition, Ms. Meyer was editor of American Artist magazine, where Guptill himself was once co-editor. She is the author of over a dozen books and is currently the director of Roundtable Press, Inc. in New York City.

Image at the top:
Louis C. Rosenberg: a study of the Persian Building at the Sesquicentennial Exposition in Philadelphia.
(C.A. Zeigler, Architect)

Click on the underlined link to go to the current offer on the Rendering in Pen and Ink book on the Jackson’s Art Supplies website.
Postage on orders shipped standard to mainland UK addresses is free for orders of £39 or more.