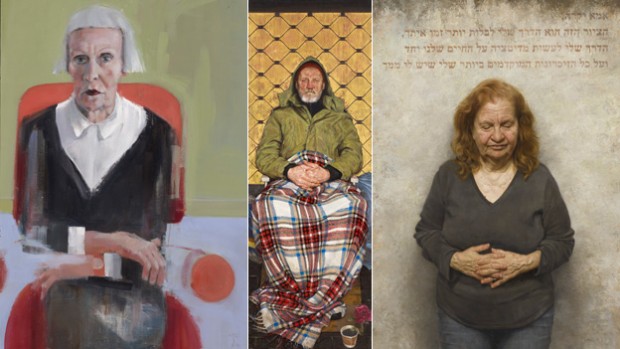 Do these 3 Previous BP Portrait Award Winners inspire you?

The BP Portrait Award Call For Entries is now open until the 3rd February. We look at 3 of our favourite previous BP Portrait Award winners and urge readers to submit work by visiting the National Portrait Gallery website here. If you do happen to get short-listed, we want to know about it! So do email us the good news.

The Portrait Award is now in it’s 36th year and has consistently proven itself to showcase the very finest in portraiture. This year initial submissions are accepted digitally (as is increasingly the case with many major open submission shows) and the opportunity is open to all artists aged 18 or over. As there is still time to submit work, we decided to look at 3 notable previous winners and ask the question “Do these paintings compel you to enter this year?”. 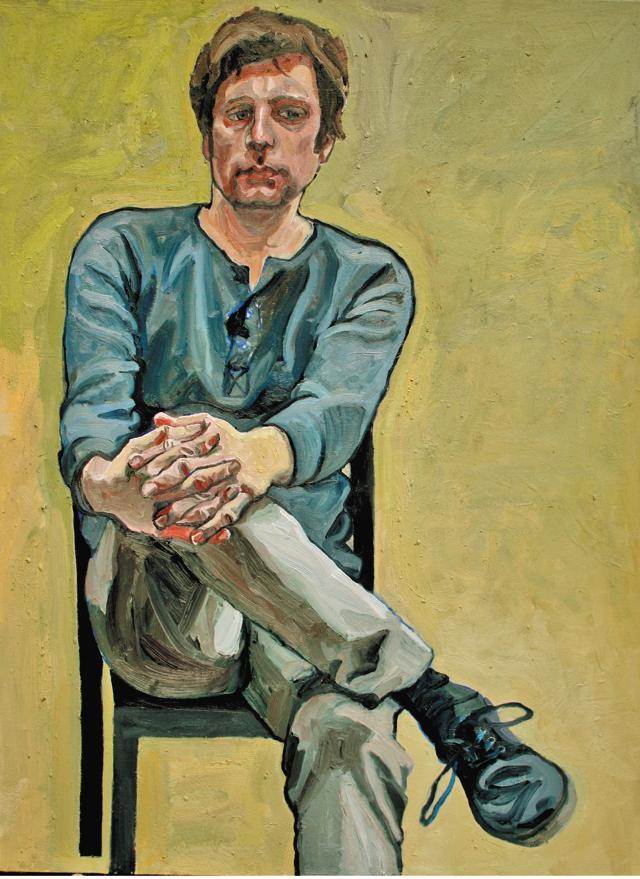 ‘Pieter’ by Susanne du Toit is a portrait of the artist’s 35 year old son, which was awarded the BP Portrait Award in 2013. It shows Pieter in pensive mode, sitting with fingers locked in a clasp, hands rested on a crossed leg, gaze decidedly averted from our direction: he has things on his mind. The painting is reminiscent of the oeuvre of celebrated American Painter Alice Neel: there is love in the manner in which the paint has been applied – the painting seems to be just as much about how the painter feels about the subject as it does about the nature of the subject itself. This emotional intensity of course would not be so palpable if it wasn’t for the fact that the artist quite clearly threw herself into the process of painting her son, the process conducted in a wholly unselfconscious manner. The brush marks are almost all finger width (you could be forgiven for thinking she had painted with her fingers) and the resulting effect is one of the artist literally feeling her way across the canvas, placing her fingers over every contour, every fold in her son’s trousers, the structure of his skull over which his flesh rests…there is something very tactile and inquisitive about du Toit’s method of applying paint. In keeping with this observation is the artist’s own prerequisites for this portrait. Her only condition to her son was that the hands were prominent, as ‘hands are essential to communicating the personality of the subject’. Indeed the hands play as important a role as his averted gaze in telling us about the very private and thoughtful nature of the sitter.  The painting’s very gentle, earthy palette lends a very reassuring, tender, homely quality to the painting. ‘Pieter’ is a painting full of compassion. 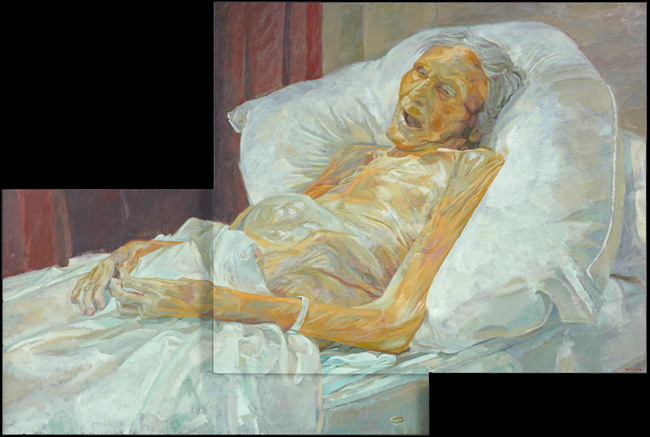 Daphne Todd’s ‘Last Portrait of Mother’ was painted in the 3 days following the death of Mrs Annie Mary Todd, the artist’s 100 year old mother. The artist is said to have seen her mother’s corpse propped up in the refrigerated room of the undertaker’s funeral parlour, and requested that she be left in this position while she painted this most intense of portraits. The artist has said, ‘Painting is a form of digesting something. It is an analytical process but it was something to do after she died and a reason to be with her’.

Indeed, as with Susanne du Toit’s painting of her son, there is a feeling of deep engagement with the subject, which has enabled Todd to paint the flesh exactly as she saw it. There is nothing sentimental about the painting. One senses the painting of this work was simply an attempt to accept what had happened, of acknowledging that the mother she looked at in the face when alive was no longer there. The flesh depicted in the funeral parlour leaves a trace of her mother’s identity, but the life, the vitality of her character has left. The corpse almost looks like a costume hung on the door or a wardrobe; inert and redundant. This is heightened by the fact that the bedsheets are painted in exactly the same manner as the flesh. Flesh and fabric become one.

The painting consists of 2 canvases that overlap one another. This disjointed appearance seems to echo the disjointedness of the sitter’s limbs. The palette is tonal and naturalistic, another reinforcement of the fact that here the artist is hiding behind nothing; her dead mother’s corpse looks like this and what remains is the fact that she must accept that she has gone. 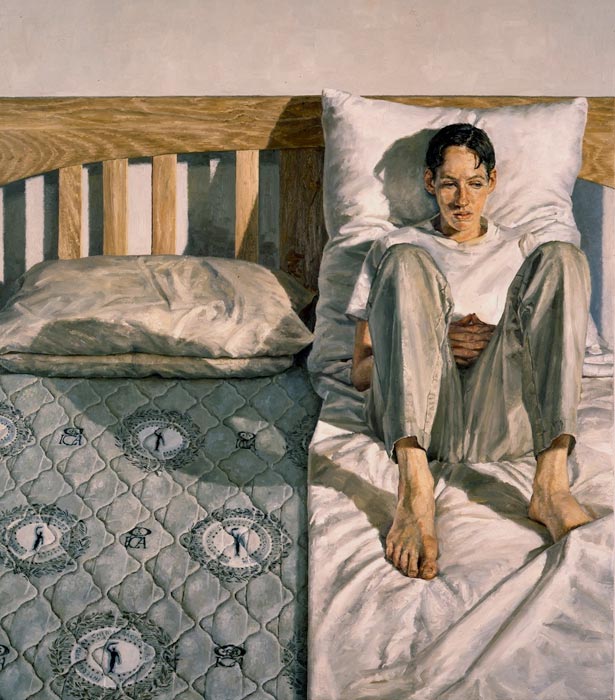 ‘Double Single’ by Clive Smith appears to be a different kind of portrait. Rather than be a study of a single character (of huge emotional significance to the artist), the painting is a portrait of a situation. The sitter rests on his double bed, sat on a duvet for one which only reaches to one half of the bed. He looks downcast, fed up or heartbroken, his hands locked together. We look over the sitter which enhances our pity for him and the sense of his anguish. To his right lie 2 unnecessary pillows, not dressed for use in pillowcases, cold like tombstones. There’s a tragic sense of hopelessness in the left hand side of the canvas – there is nothing inviting about that side of the bed and there doesn’t really need to be.

Clive Smith’s painting is reminiscent of mid career Lucien Freud – flesh is meticulously rendered in cool pinks and greys. The pale palette of greys, ochres, beiges and blues lends the painting a very stark, matter of fact and therefore forlorn quality. ‘Double Single’ is a painting of human vulnerability and loneliness.

Do you intend to submit to the BP Portrait Award? Or have you submitted work in the past? We’d love to hear about your experiences. Please get in touch via the Submissions and Suggestions page.