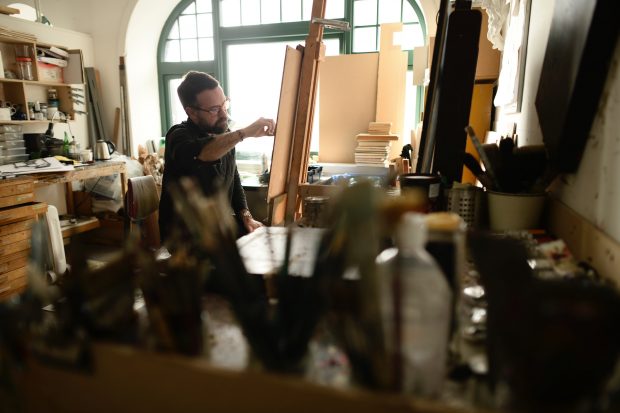 Eighteen months on from Gareth Reid winning Sky Arts Portrait artist of the Year 2017, we wanted to find out more about the gifted Glasgow based artist. The timelessness of Reid’s work is borne out of an intricate craftsmanship; a highly sophisticated use of drawing and painting technique to describe the honesty of the sitter often in quiet contemplation. 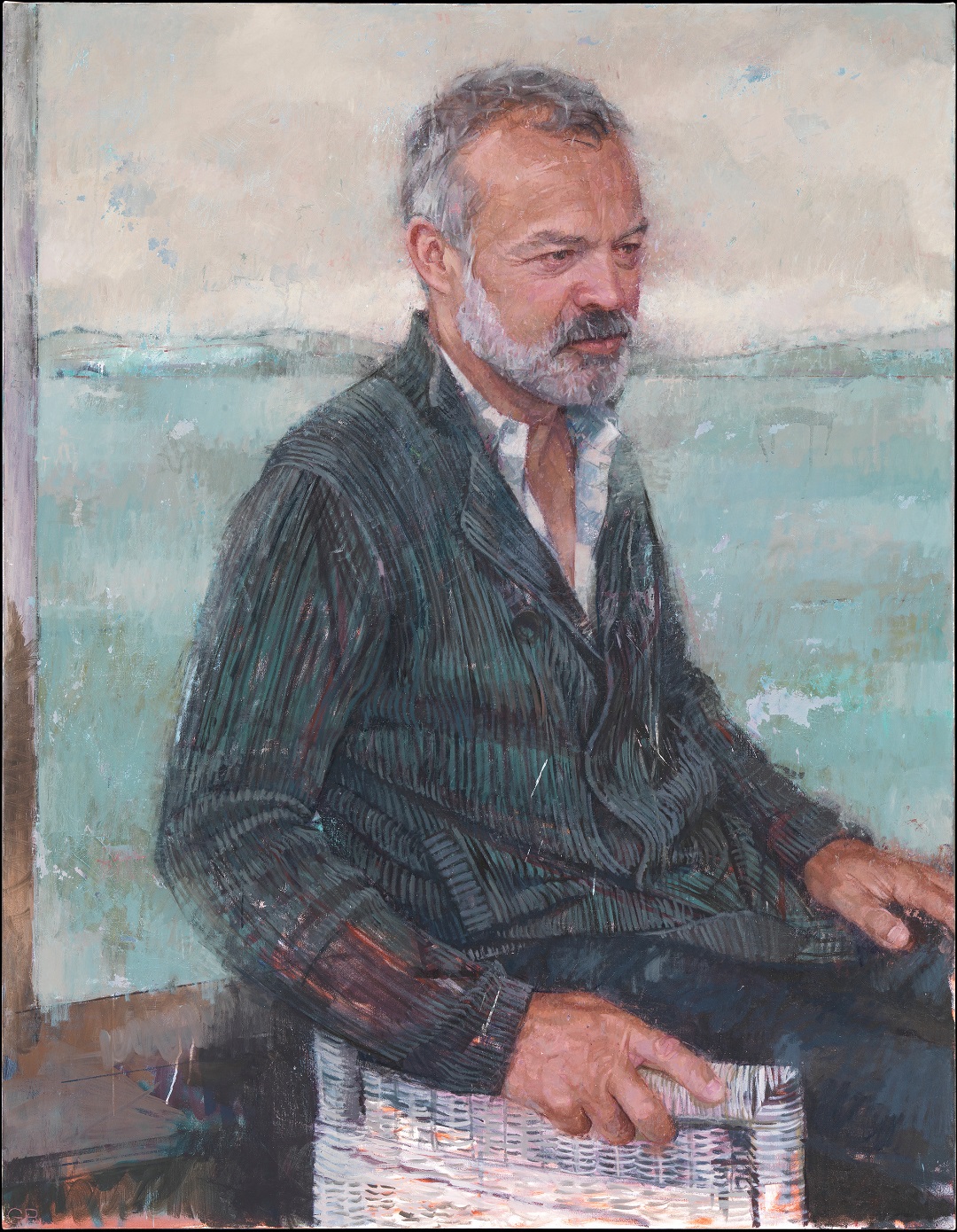 Lisa: Congratulations for winning the Sky Arts 2017 Portrait Award! What does winning the prize mean to you and how has it affected your practice, if at all?

Gareth: Thank you very much. Winning the prize meant that my work became much more visible and as a result doors have opened in various exciting ways. The main palpable affect is that I’m in the studio full time at the moment, painting portraits.

Lisa: How was last year for you in terms of your artistic practice – what breakthroughs and set backs did you experience?

Gareth: 2017 was such a strange year. The first part was taken up with finishing the portrait of Graham Norton for the National Gallery of Ireland and preparing for/sweating over the transmission of the Sky Arts show. The middle felt like it was almost entirely admin, replying to people’s lovely emails and enquiries. And the end saw me finally starting all the work I had been talking about for the past 3 months. So apart from working intensively for a compressed period on 2 exhibitions of drawings (one in Glasgow straight after the final had aired and one at the Molesworth Gallery in Dublin before the summer) I feel like I didn’t produce what I normally would in a year. 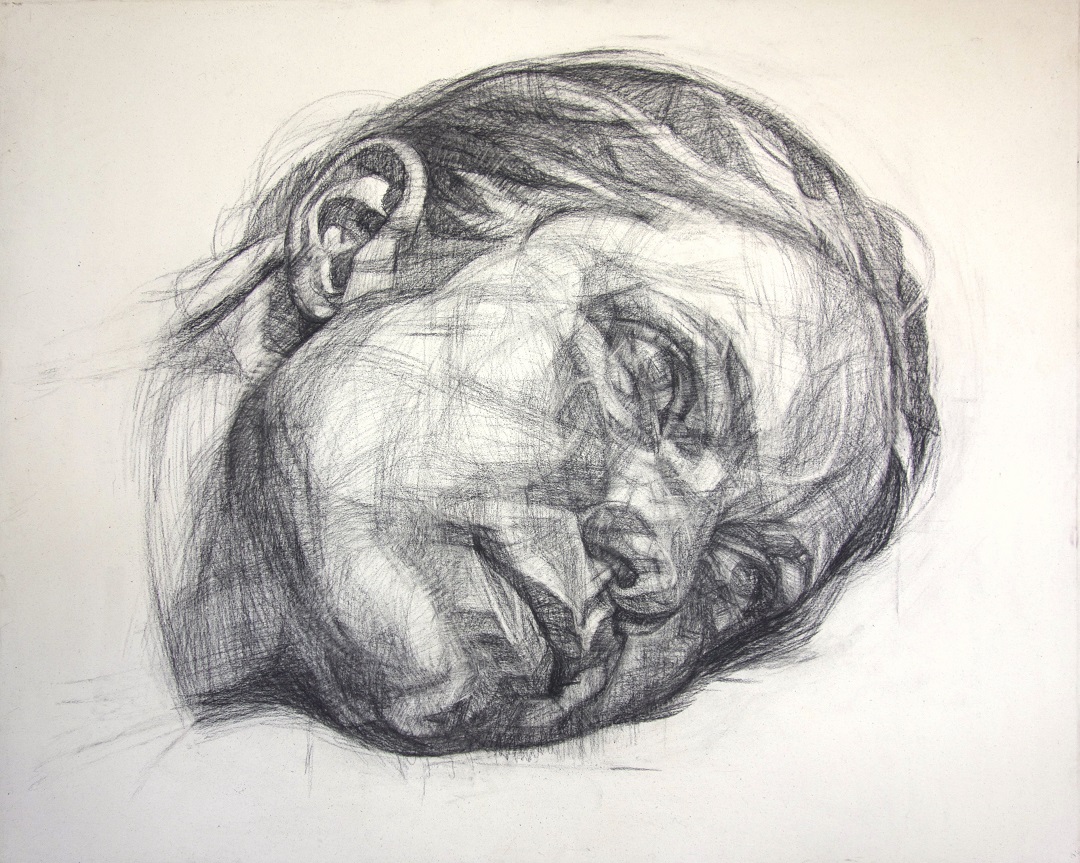 Lisa: What have been your recent exhibition highlights?

Gareth: Off the top of my head – Giacometti at the Tate Modern, Peter Doig at Michael Werner, London, the overwhelming Met NYC, Mark Swords in Temple Bar Gallery, Dublin, Sara Barker at Mary Mary, Tony Swain at the Modern Institute (both Glasgow) and a friend, Andrew Cranston at Wilkinson London. All for the same simple reason that they get me excited about the possibilities in drawing and painting. 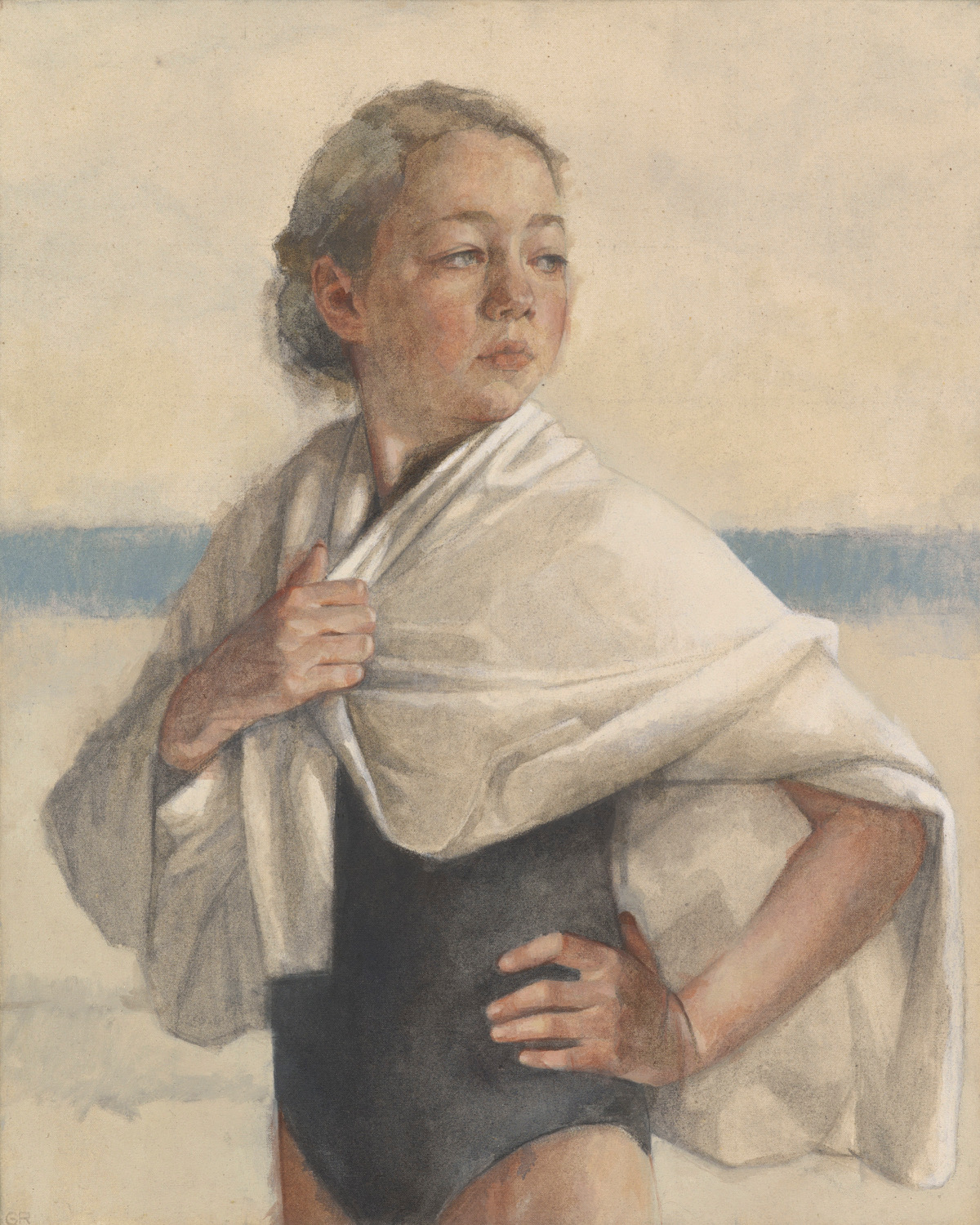 Lisa: What was your creative hope for this year, in the aftermath of Portrait Artist of The Year?

Gareth: My aim for 2018 was to complete all my portrait commissions well and on time. Unfortunately I knew I wouldn’t have much time to make my own work for exhibitions but I plan to take a month or two off from portraiture next year. 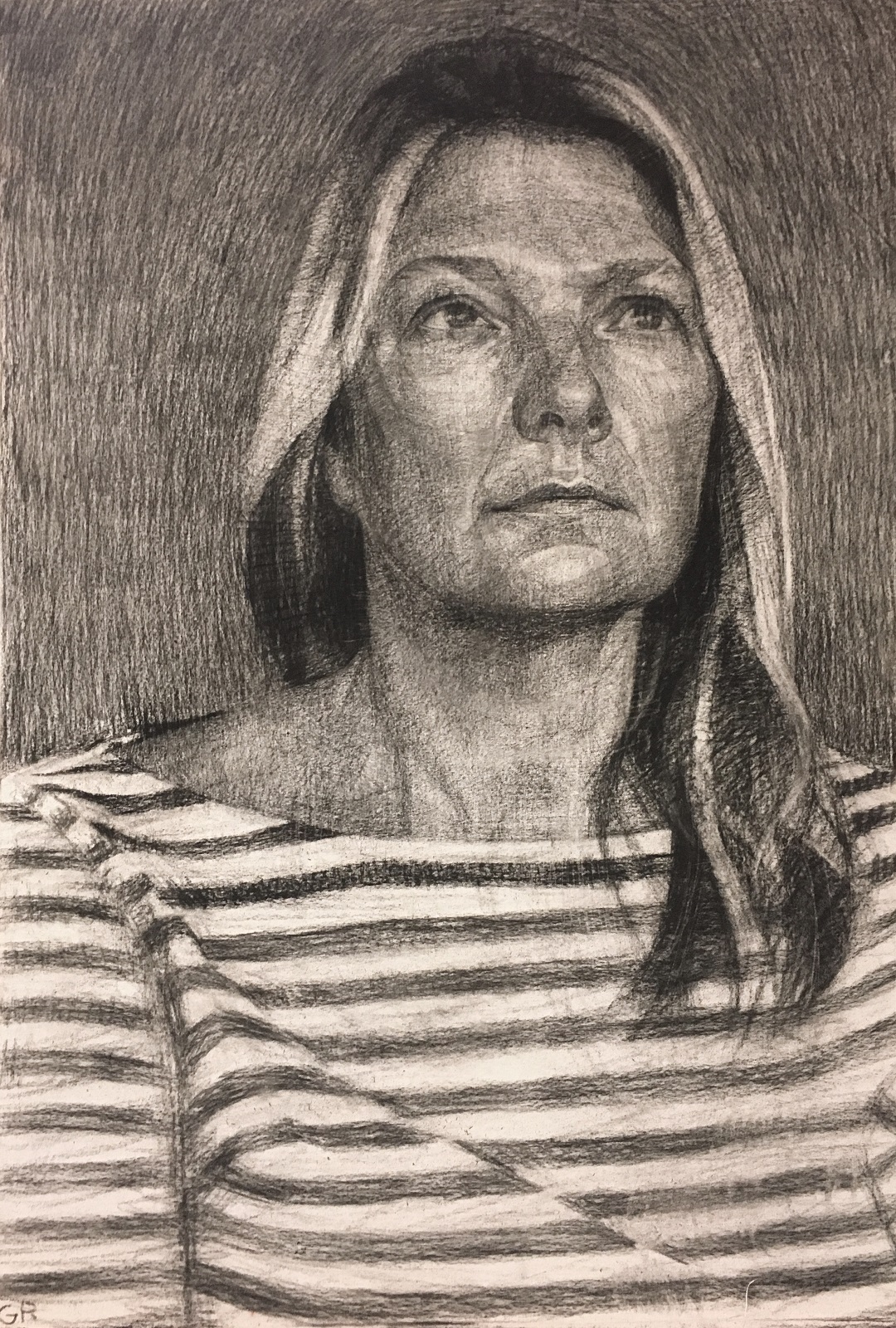 Lisa: What art material do you love above all others?

Gareth: The Tombow Mono Zero Eraser. I don’t think it’s going overboard to say it has changed my life. Also, a Jullian paint box/travel easel which carries everything you could possibly need for painting a portrait not in your own studio. 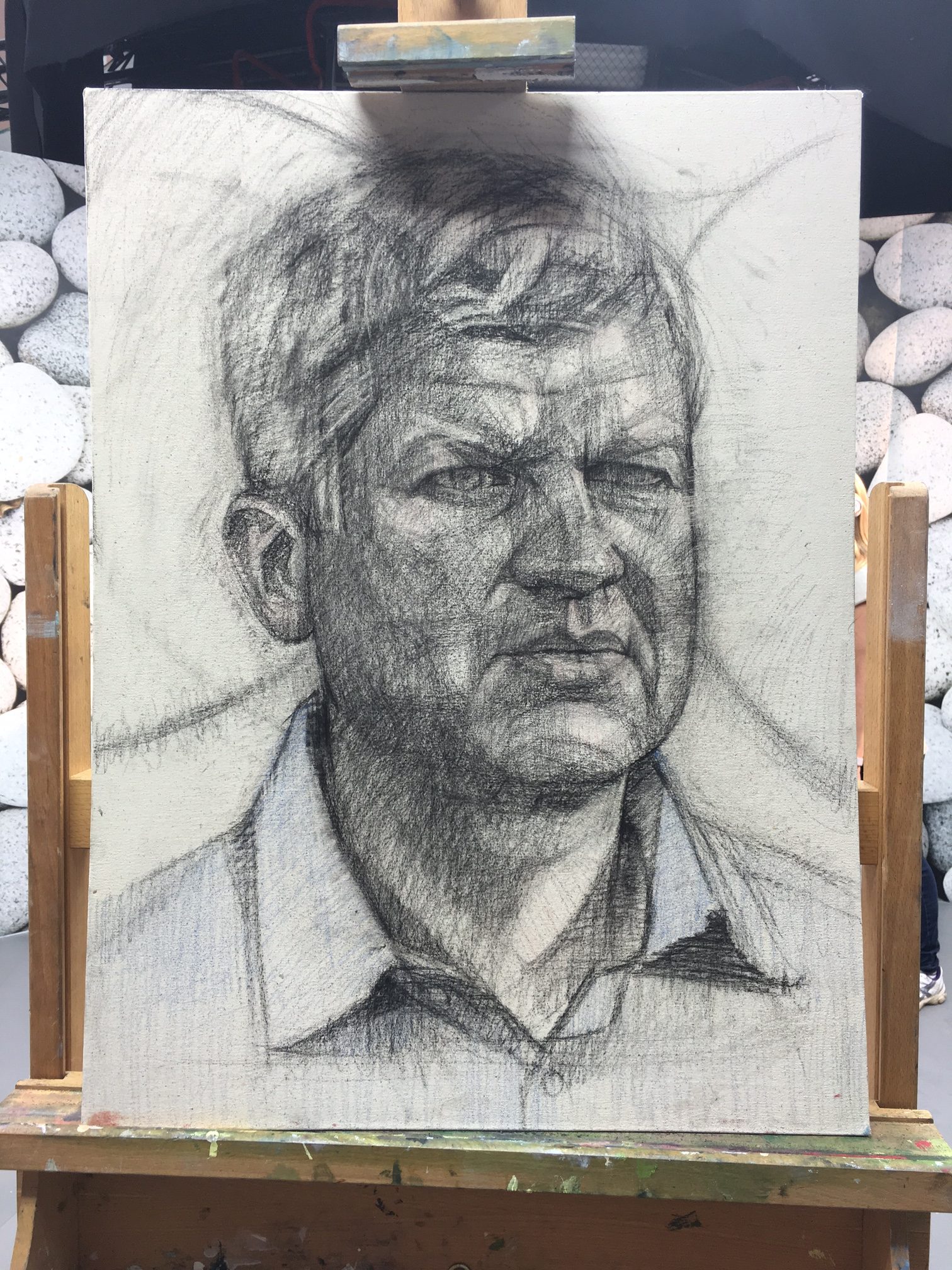 Lisa: What has been the most important creative lesson you have learned?

Gareth: As your painting evolves and you try to push it on, you learn things about yourself and your limitations. I imagined myself getting quicker but in fact it’s the inverse. Despite my best efforts, I’m def not a quick, immediate single layer type of guy. The process is a slow, frustrating often tortuous one but that’s just the way it is. 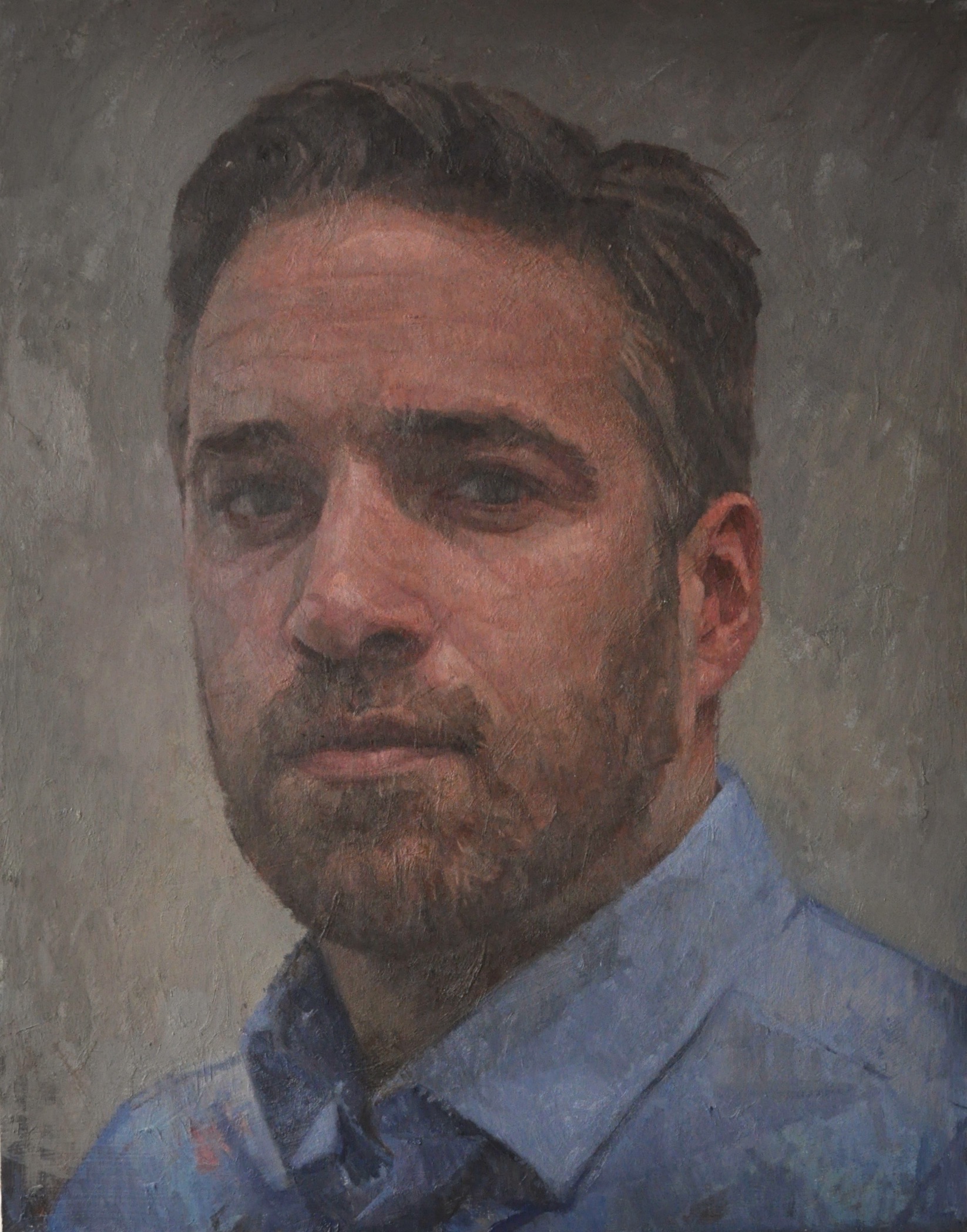 Lisa: What work are you most proud of from the past 18 months and why?

Gareth: I’m proud of my portrait of Graham Norton because there was pressure on that painting and I think it came out OK. It has made such a difference to my visibility this year. That and a couple of large scale drawings of heads from the Dublin show because it was nice to be freed from worrying about likeness for a while and just focus on structure and solidity. 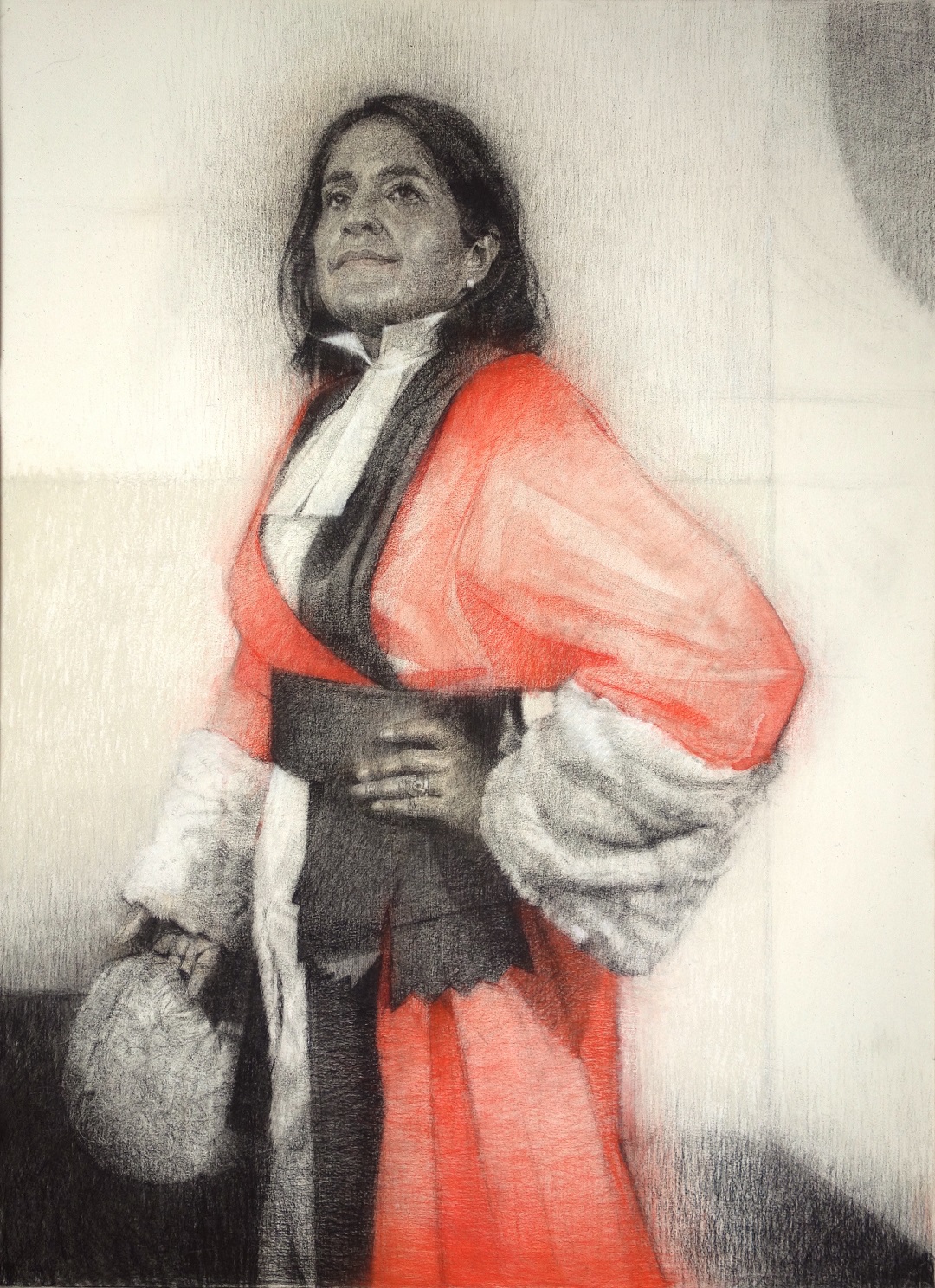 The Hon Mrs Justice Cheema-Grubb
Gareth Reid
Charcoal and Pastel on Canvas, 100x80cm, 2016
(Commission undertaken as part of the final for Sky Arts Portrait Artist of The Year 2017)

Lisa: Have you been able to exhibit this year?

Gareth: Apart from small things here and there, unfortunately not, nothing major. It’s purely portraits for 2018.

Lisa:  Where online or in the flesh can we view more of your work?

Gareth: National Gallery of Ireland and online at www.garethreid.co.uk 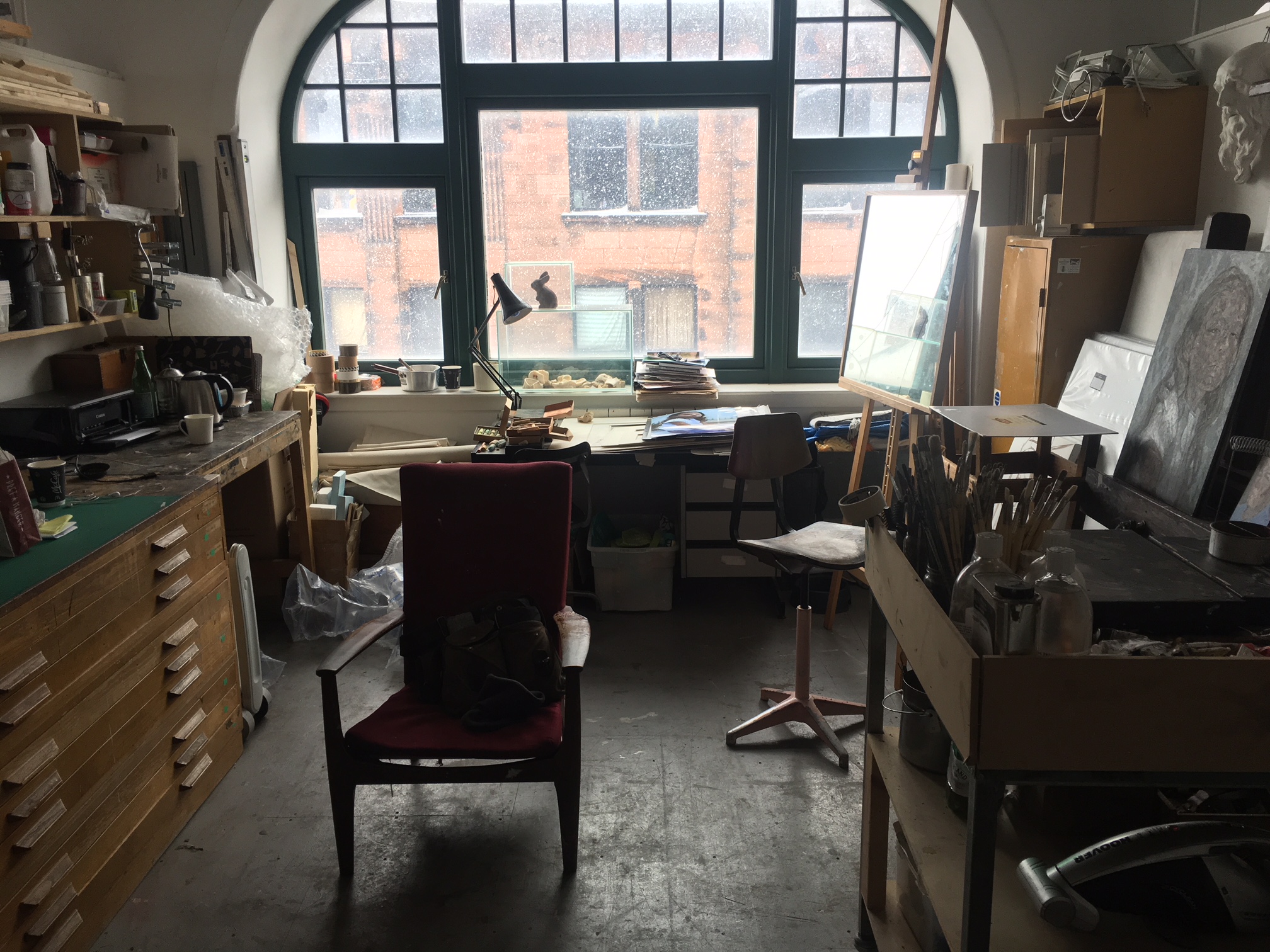