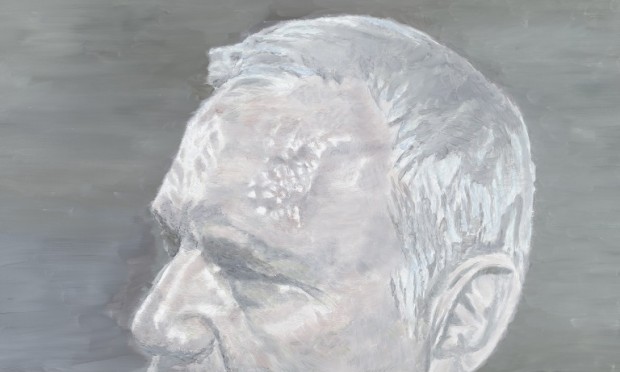 Comment: Why a Painting of Someone Else’s Photograph Isn’t Plagiarism

Two weeks ago, Belgian painter Luc Tuymans was found guilty of plagiarism in a Belgian court. We look at the details of copyright law and explain why we think the verdict was misjudged.

The case referred to a painting by Tuymans titled ‘A Belgian Politician’, a painting based on a photograph of Jean-Marie Dedecker taken by the prosecutor, Katrijn Van Giel. 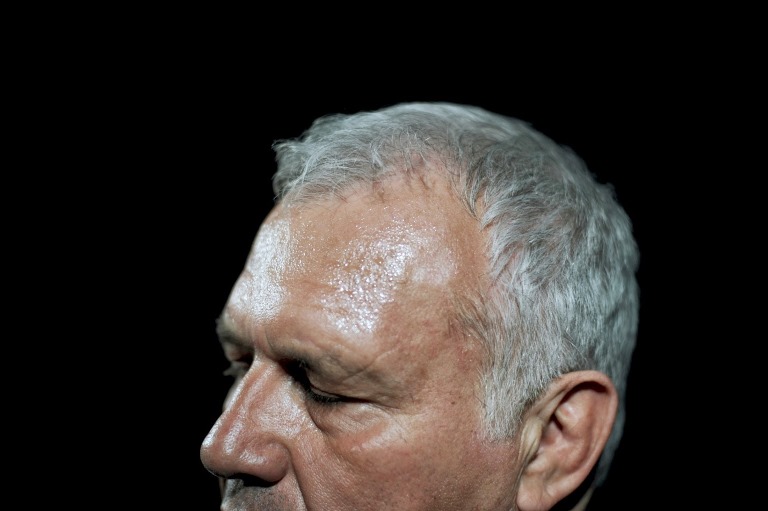 It is reported that Tuymans will be subjected to a £500,000 fine if he makes any further reproductions of Van Giel’s work. This I imagine is worrying news for a painter who has based his whole career on painting from photographs, many of which have been appropriated from the internet or from newspapers. His work first came to prominence in the late 1980s and early 1990s, when he started to paint images that related to both contemporary and historical political events, such as the Holocaust or the Oklahoma bombing, as well as more banal compositions of wallpaper patterns and unremarkable household objects.

His paintings have always been so far removed from attempting to replicate the idea or appearance of the photographic source from which he has worked. The palettes are often muted with a heavy reliance on cold greys and jaundiced flesh tones. The paintings always have the sense of something lost (the colours are reminiscent of faded photographs), and there is a detachment that removes any sentimentality; his paintings are often so cold they’re chilling. This sense of detachment is of course all part of the painting process. Tuymans deliberately paints his images to look like paintings of photographs as much as they are photographs of people or scenes, in a direct attempt to question authenticity. The paintings ask us whether we can be moved by a facial expression that feels so detached, not only because of the way that it has been painted but also because we’ve seen the same image plastered across the internet and reproduced in our newspapers. 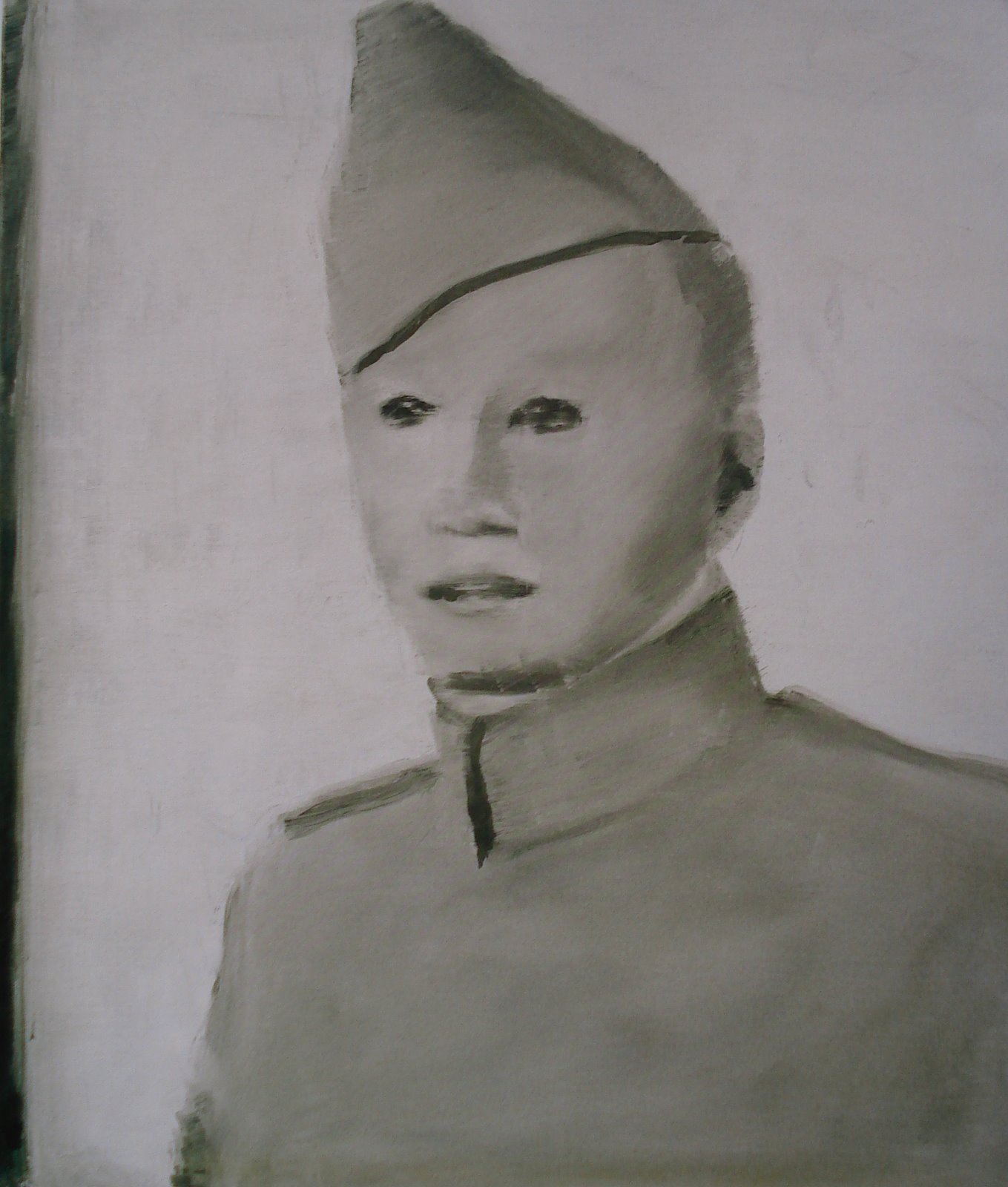 As soon as I heard the news that Tuymans had been found guilty of plagiarism my instinct was that the verdict was a misguided one, but I felt it was only right to take a look at what the copyright laws state, and double check. I remain unmoved in my view. The relevant points in the Berne Convention for the Protection of Literary and Artistic Works are that the artist has:

To address these points in turn, first of all, we need to ask ourselves “what is a translation?” According to the Oxford English Dictionary it is ‘The conversion of something from one form or medium into another’. Tuymans’ painting does not do this directly and therefore cannot be described as a translation. The medium of painting does not allow for mere reproduction, there are too many decisions to be made by the painter for that. The photograph may have formed the basis of the painting’s design, but combined with the chosen palette of deadened cold greys, the painterly brushmarks, and the naivety and flatness of the portrayal it becomes something else entirely.  As art writer Adrian Searle rightfully pointed out in his comment on the news “Coming down to details, everything is different, including the image’s construction”. So, if not a translation, is it an adaptation? Well, again, no. An adaptation implies that the photograph was simply converted into a painting. But again I must state that Tuymans was clearly not intending to express the exact same idea as Van Giel, and that his presentation of the images was so laden with his view, his painterliness, that it made the work entirely his own. 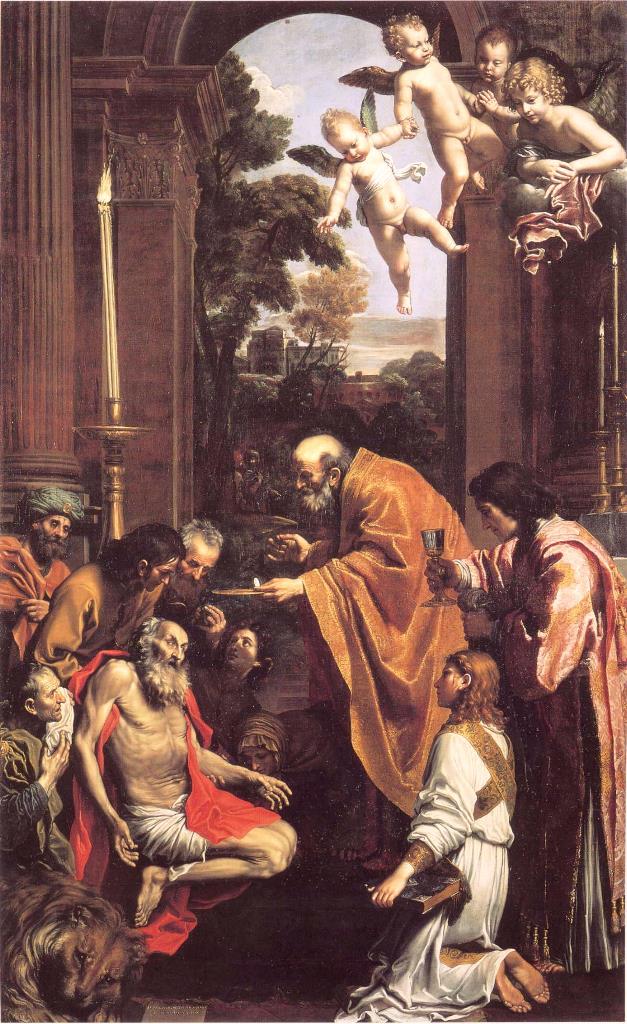 Of course this issue is not a new one in painting. It even pre-dates the mass media images that you might imagine started the whole conumdrum. Accusations of plagiarism in painting were being thrown about in the 17th Century, with painter Domenichino being accused by fellow Baroque painter Lanfranco of stealing the design for his painting ‘The Last Communion of St Jerome’ from his former teacher, Agostino Carracci. At the time many artists took sides and many defended Domenichino for merely developing an idea of beauty (idea del bello) – the idea that through imitating a previous composition an artist is able to develop it, making it even more beautiful – contributing another perspective to the subject and enabling a development of the sublime in painting. Although today beauty is not the be all and end all in visual art (you only need to blame fellow alleged plagiariser Marcel Duchamp for that) there’s a parallel here with the Tuymans’ case.  It could be argued that perhaps Tuymans was creating a conversation with the photograph – adding his perspective and continuing the journey of this image in a way that was clearly not expected or welcome by Van Giel. 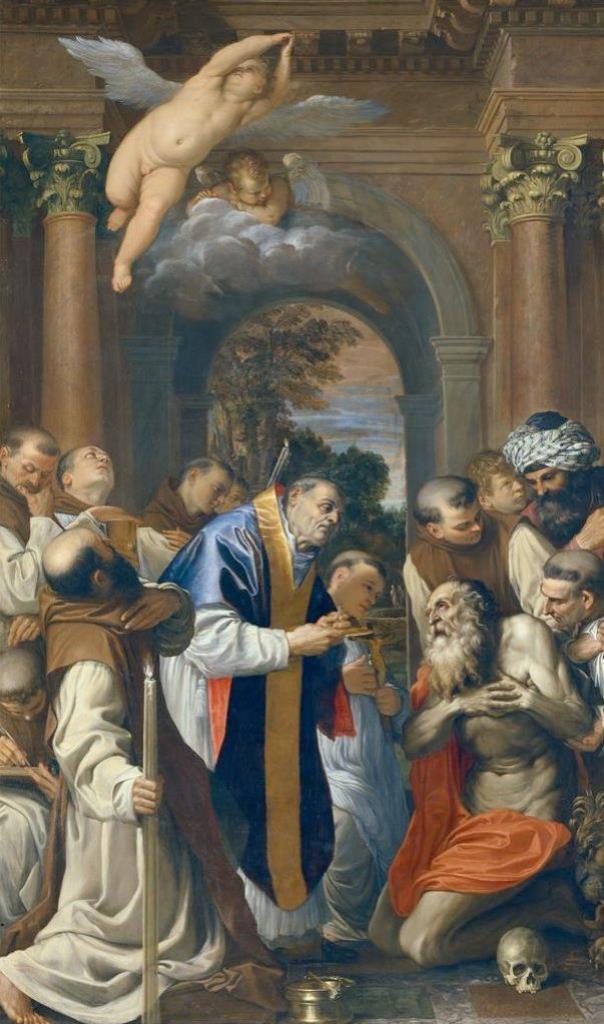 More recently, there have of course been many other news-worthy accusations of plagiarism in art. Anyone remember Glenn Brown’s Turner Prize nominated painting ‘Loves of Shepherds’, whose design was appropriated from a 1970s Science Fiction Book? Or Damien Hirst’s giant bronze reproduction of a children’s anatomical model (‘Hymn’, 1999?) Or what about Andy Warhol’s soupcans? And how could Marcel Duchamp possibly have claimed the urinal as his own making?

In response to the Glenn Brown case, Sir Nicholas Serota said “He said: “Glenn Brown has frequently used the work of other artists in developing his own work, but that is true of Picasso, who borrowed from Rembrandt … this is not new. 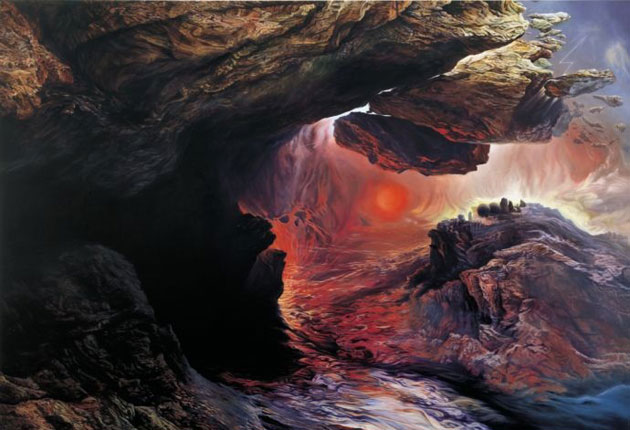 “He uses other artists’ work, but that doesn’t mean to say you could possibly mistake his work for theirs… he takes the image, he transforms it, he gives it a completely different scale.”

My feeling is that a greater degree of clarification is required in the law to help prevent these cases from arising, and to help encourage a freedom of expression and dialogue in visual art.

It’s a contentious issue. Where do you stand? 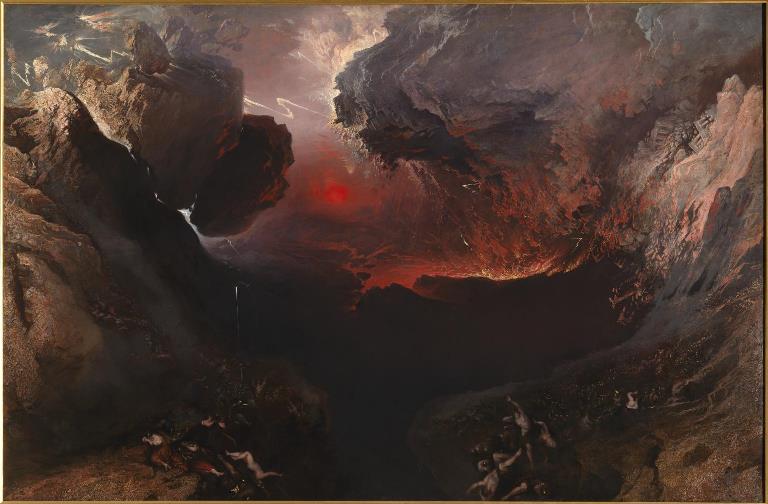 Without wanting to be accused of plagiarism myself, I wish to acknowledge the following sources in the making of this article: