10 Exhibitions Not To Miss This November

A selection of UK exhibitions in November 2016. This month’s list has a heavy focus on the self-portrait in Early Modern Europe, but there’s also an exhibition of new work by Sean Scully at Timothy Taylor, London, and a showcase of medieval devotional painting at the Bowes Museum.

1)  Portrait of the Artist

The Royal Collections include self-portraits by famous artists from the Renaissance to the present day, including Rembrandt, Rubens, Gentileschi, Freud and Hockney. The central theme of the exhibition is the changing status of artistic production throughout the centuries; the exhibition will include studio-views and allegorical portraits such as Gentileschi’s ‘Self-Portrait as the Allegory of Painting’ (pictured below). The star attraction is the most reliable extant likeness of Leonardo da Vinci, drawn in red chalk by one of his apprentices, Francesco Melzi.

‘Self-portrait as the Allegory of Painting (La Pittura)’, Artimesia Gentileschi.

‘Horizon’ is an exhibition of new paintings from Sean Scully’s ‘Landline’ series. These abstact paintings consist of large plates of flat colour, softly blurred into each other and displaying vigorous brushwork: ‘I was always looking at the horizon line, at the way the end of the sea touches the behinning of the sky, the way the sky presses down onto the sea, and the way that line (that relationship) is painted… I try to paint this, this sense of the elemental coming together side by side, stacked in horizon lines endlessly beginning and ending…’

Showing at Timothy Taylor, Mayfair, from 2 November to 17 December. 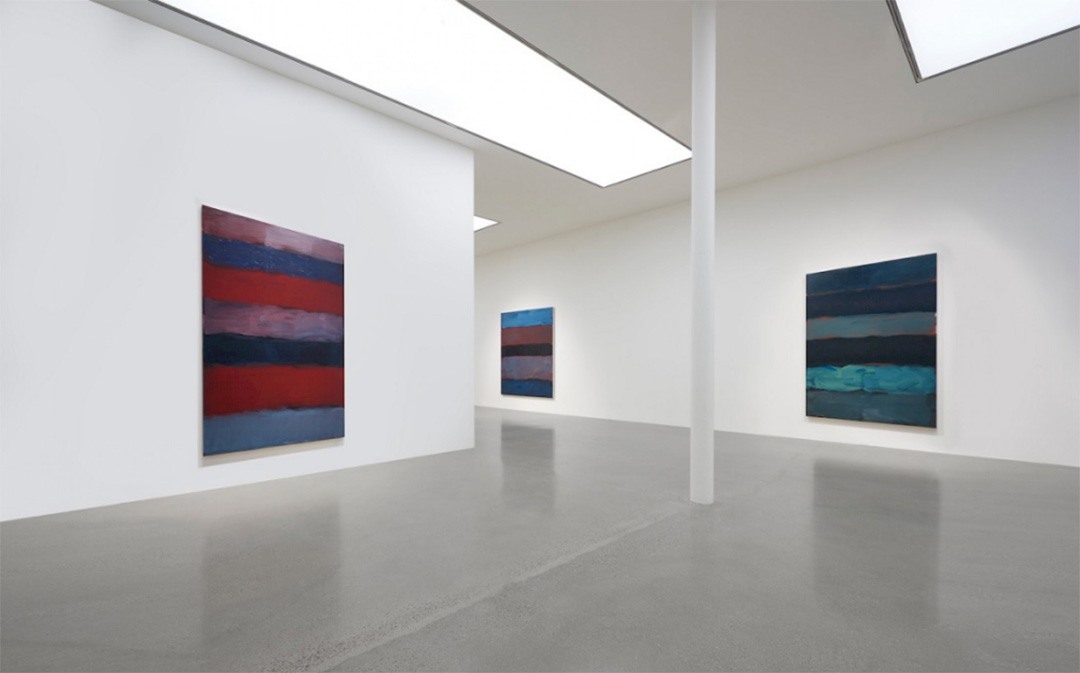 The product of a collaboration between Kristian Day and London’s Transition Gallery, ‘The Classical’ features new art by Aisha Christison, Grant Foster, Kate Groobey, Alex Gibbs, Jonathan Lux, Jessie Makinson, Eleanor Moreton, Freya Douglas-Morris and Leon Pozniakow. The exhibition responds to the increasing simultaneity of art history as modern technology gives us equal access to artworks from all periods. The art of the past is no longer stored in designated spaces and screened off from the populace; marketing, parody and cultural criticism make it a part of our everyday lives. These new artworks engage in a postmodern series of oblique and shifting cultural references.

Showing at Transition Gallery, London, from 11 to 20 November. 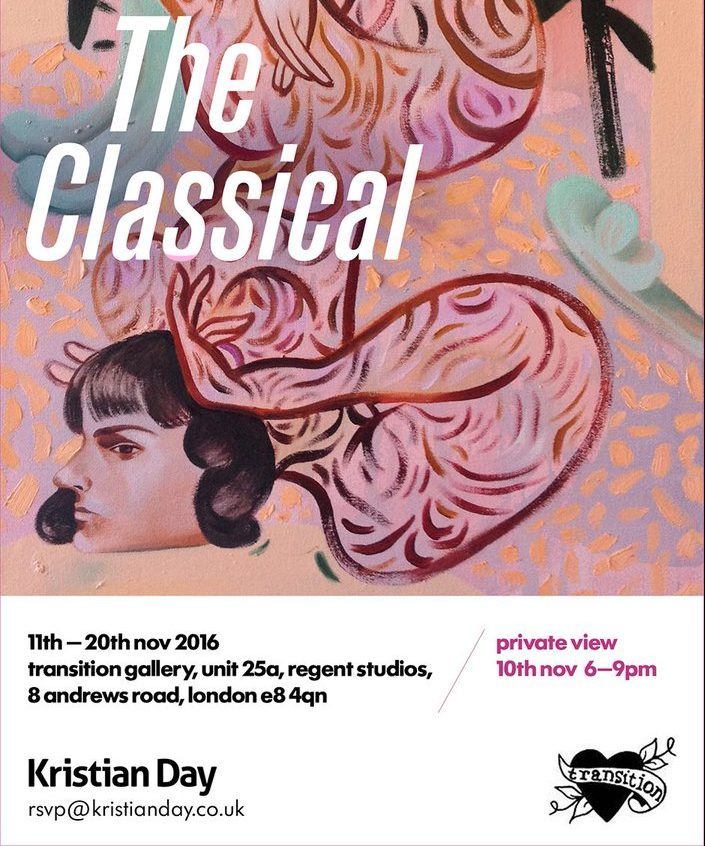 4) Rodin and Dance: The Essence of Movement

This major exhibition on the work of Auguste Rodin (1840-1917) focuses on the series of sculptures known as ‘the Dance Movements’, made in 1911. Made of terracotta and plaster, these acrobatic and contorted figurines are here exhibited alongside sketches of simlar subjects from the last twenty years or so of the artist’s career. 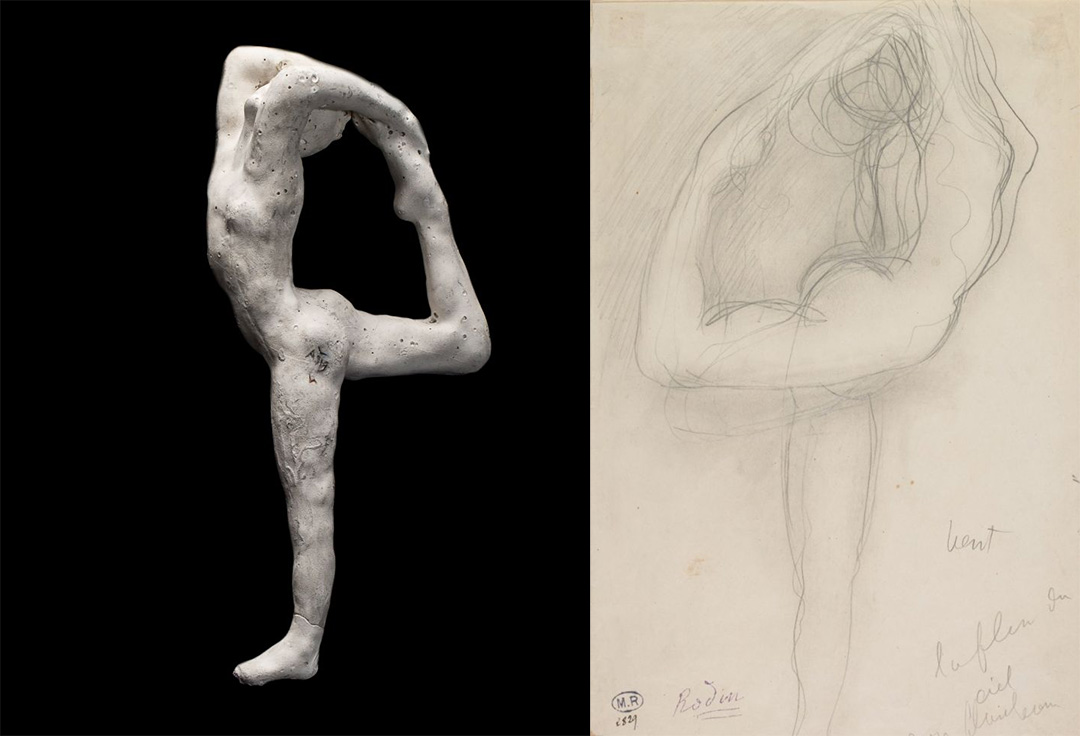 This exhibition is focused on the life and work of Marcantonio Raimondi (c.1480 – c.1534), a pioneer artist and printmaker who worked with Raphael. In addition to the prints and artworks by Raimondi from the University of Manchester’s collection, the exhibition will feature loans from the V&A, the British Museum, the Fitzwilliam and the Ashmolean.

‘Am I Rembrandt?’ focuses on a small collection of works by the Dutch master, including ‘Self Portrait, Wearing a Feathered Bonnet’ (1635), and ‘Girl at a Window’ (1645), which will be displayed alongside the artist’s preparatory sketch (on loan from the Courtauld Gallery) for the very first time.

Rembrandt’s ‘Self Portrait, Wearing a Feathered Bonnet’ (1635), in normal light and X-ray.

7) Image and Substance: St Luke Drawing The Virgin And Child

Despite its stunning collection, which contains works by El Greco, Goya and Canaletto, the Bowes Museum has long been the quietest of England’s great museums. This is starting to change, thanks to a series of high-profile exhibitions and a number of major new acquisitions. This exhibition centres on the newest addition to the Museum’s collection, a major medieval painting of ‘St Luke Drawing the Virgin and Child’, attributed to the workshop of Dieric Bouts the Elder (1415 – 1475). The painting was acquired by the Museum in July, after a major funding push prompted by a temporary export ban.

‘St Luke Drawing The Virgin And Child’, attributed to the workshop of Dieric Bouts the Elder (Oil on canvas, transferred from panel in 1899, 110 x 84cm).

This autumn show at Abbot Hall Art Gallery of drawings from the Arts Council Collection features work on paper by Sickert, Auerbach, Freud, Hepworth, Hockney, Gwen John and many more. It focuses on intimate sketches rather than formal life-drawing. 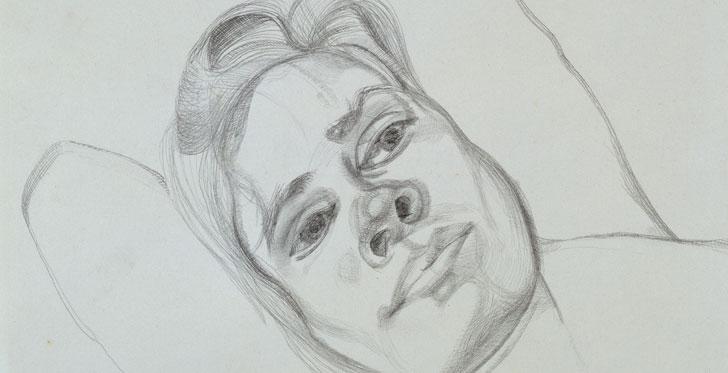 The 79th exhibition of relief prints from the UK and around the world, curated by the Society of Wood Engravers. The exhibition principally presents with the work of contemporary wood engravers, but also features some woodcuts and linocuts.

Showing at the North Wall Arts Centre, Oxford, from 9 November to 2 December. 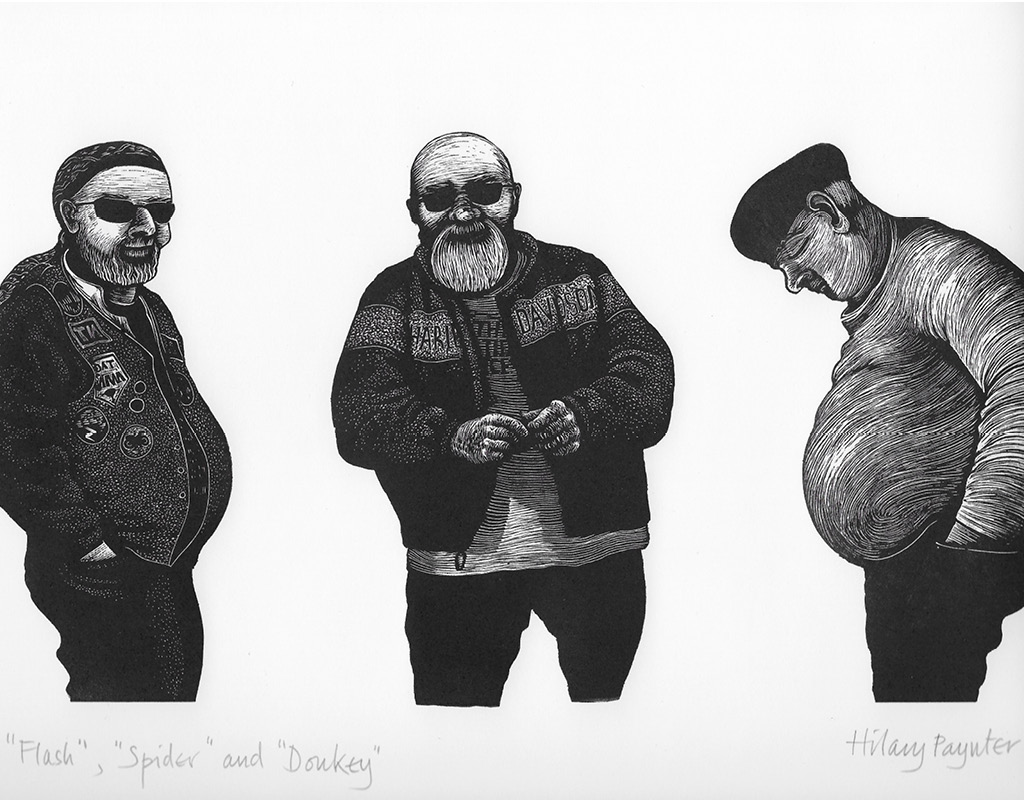 This exhibition, which lasts for just six weeks, centres on one (admittedly very famous) painting, ‘The Goldfinch’ by the Dutch painter Carel Fabritius (1622 – 1654), who was killed the year he painted it when the gunpowder store of the city of Delft exploded, destroying half the city. This is the painting’s first trip to Scotland.

Showing at the Scottish National Gallery from 4 November to 18 December. 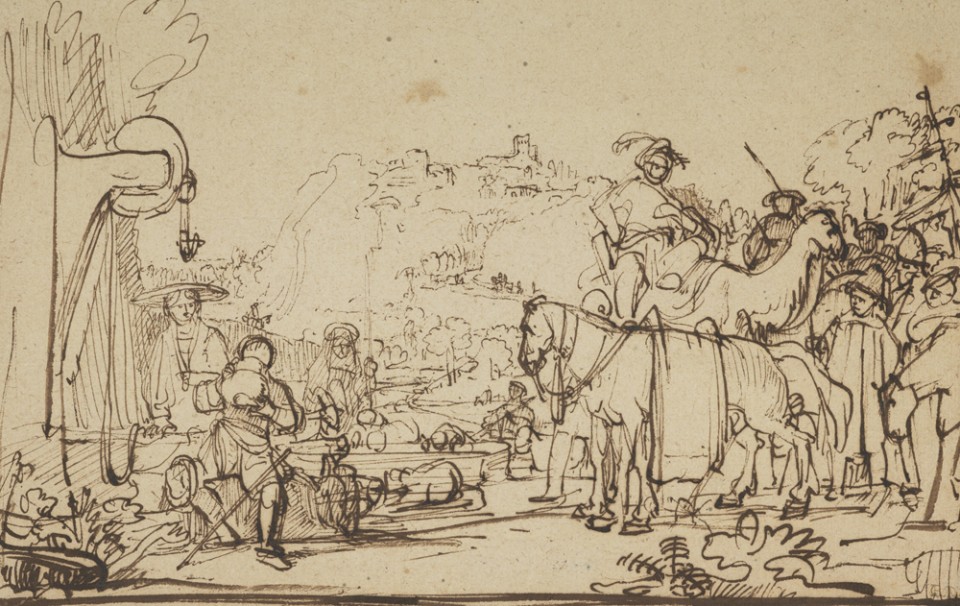