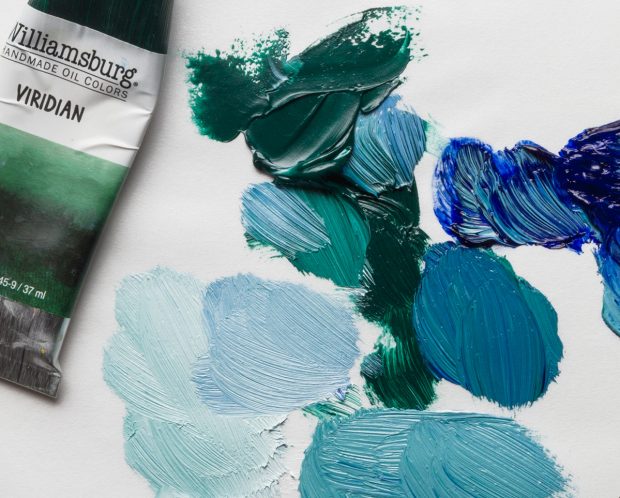 A semi-transparent, slightly milky, dark cool green – the Williamsburg Viridian is a great colour for painting foliage and seascapes. It is also a wonderful mixing colour: with yellows to create bright or autumnal greens, with blues for teals, and with reds for blacks and greys. Williamsburg Viridian tints with white to make cool green greys. Its transparency also means it is a good colour for glazes. It is a great mixer and is very adaptable – a useful colour to have in your paintbox.

Since the 1980s Williamsburg have been making their oil colour by hand in small batches. Each Williamsburg Handmade Oil Colour is ground to enhance the beauty and luminosity specific to that particular pigment, some colours will feel slightly gritty; others extremely smooth. Over 160 glorious shades to choose from, including iridescent and interference colours. Williamsburg Viridian mixes in interesting ways and many artists find it a useful colour. 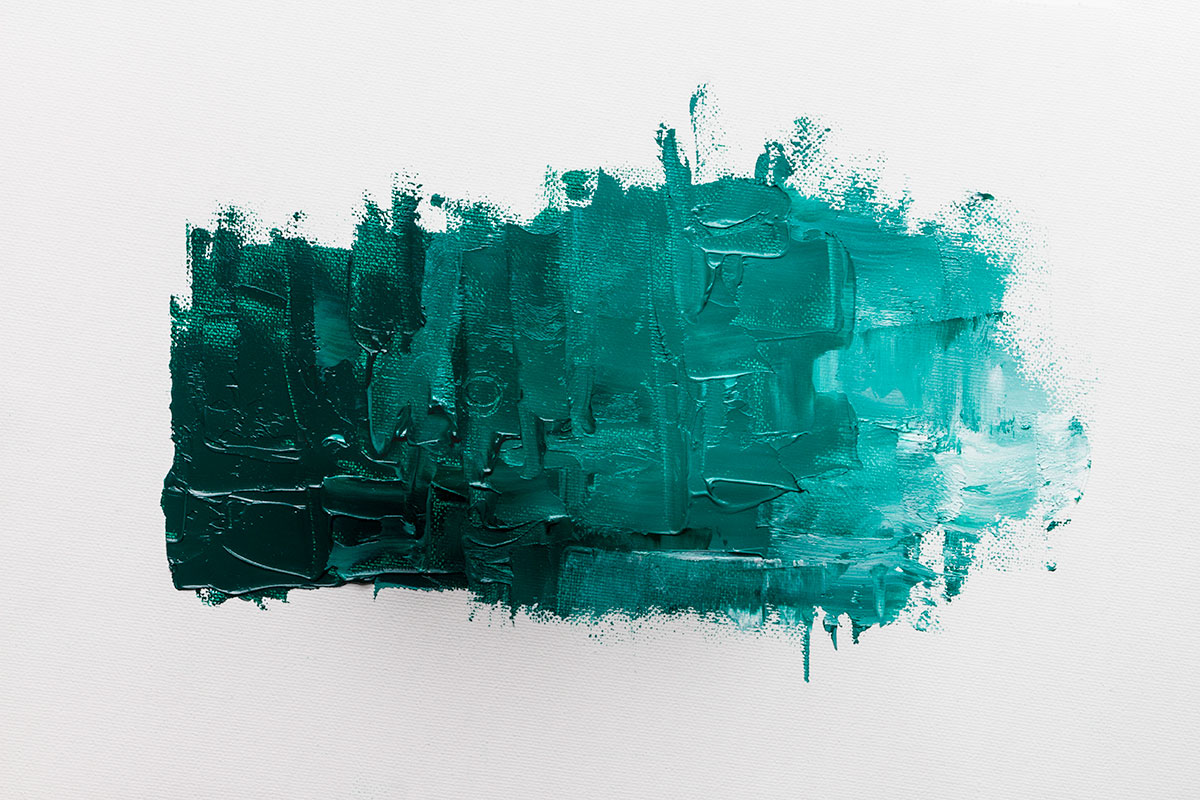 Each chart has five columns of seven tints with more white added going down. The left column is straight Viridian, the right column is the straight mixing colour. The centre column is a visual halfway point and the intermediate columns are visually midway between those. By ‘visual midpoint’ I mean that it is what looks like the halfway point between the two colours on the colour wheel. It is not a mixture of 50% + 50%, as half of the mixing colours have more tinting strength than the viridian (both reds and the Phthalo blue). 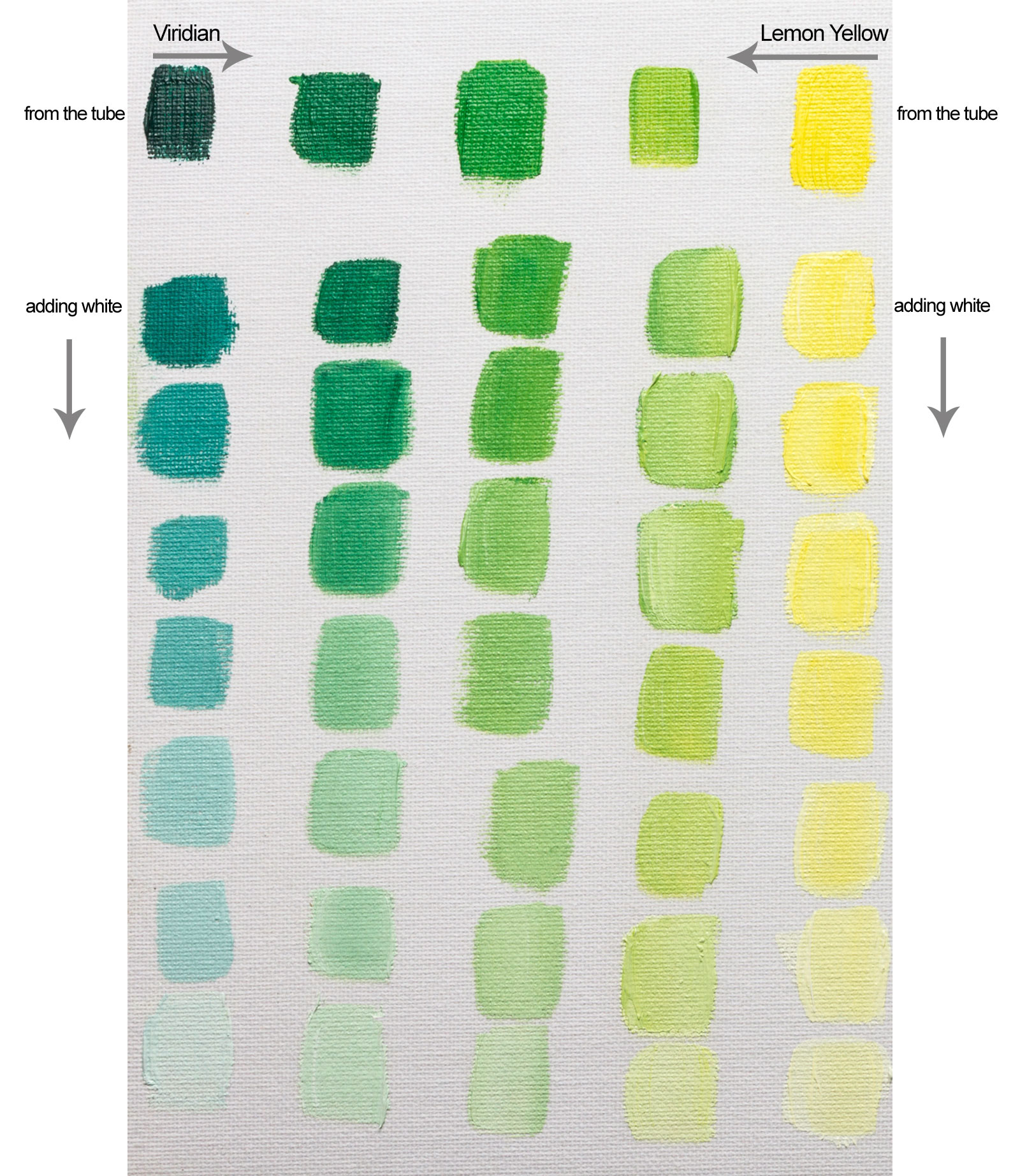 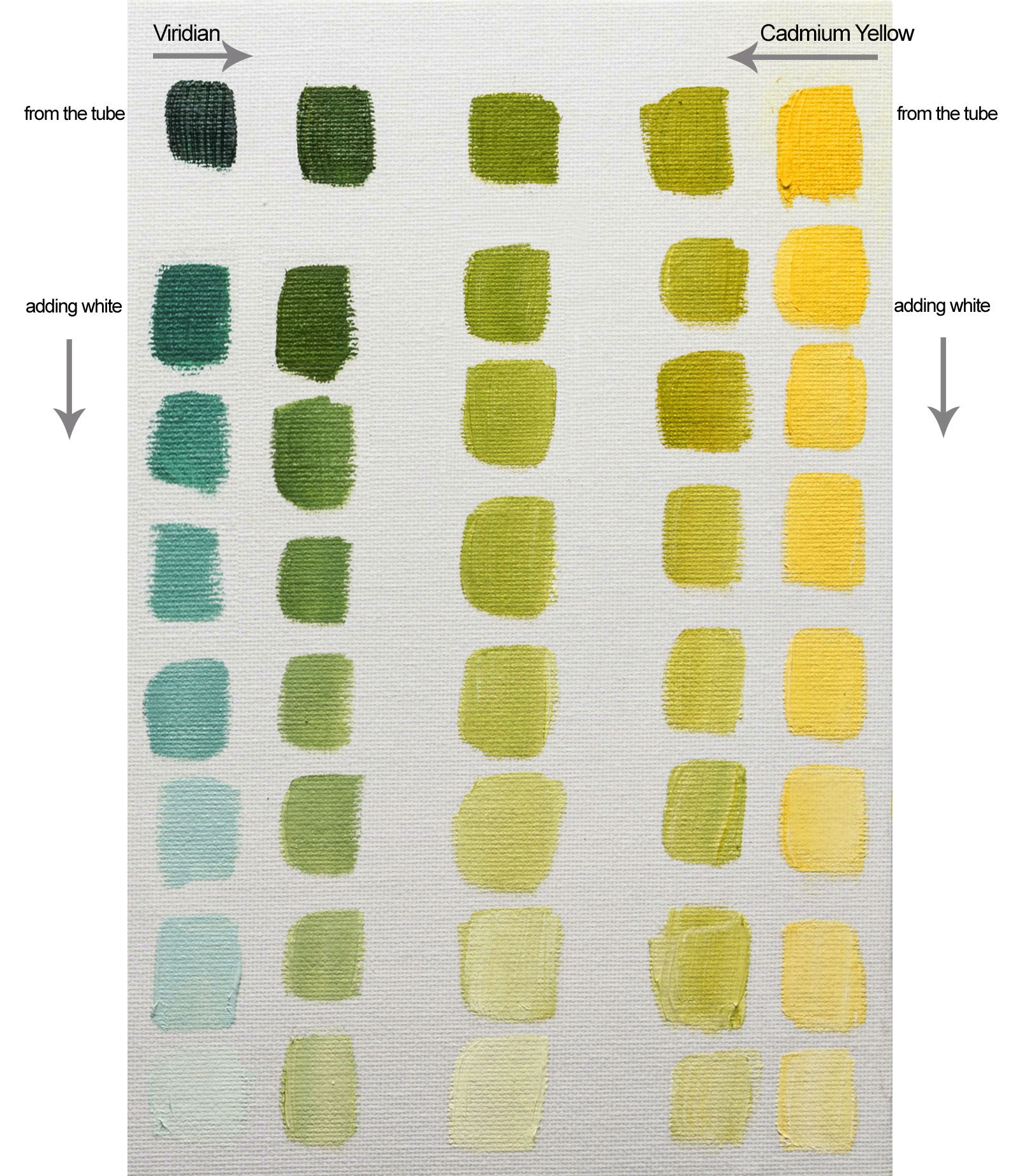 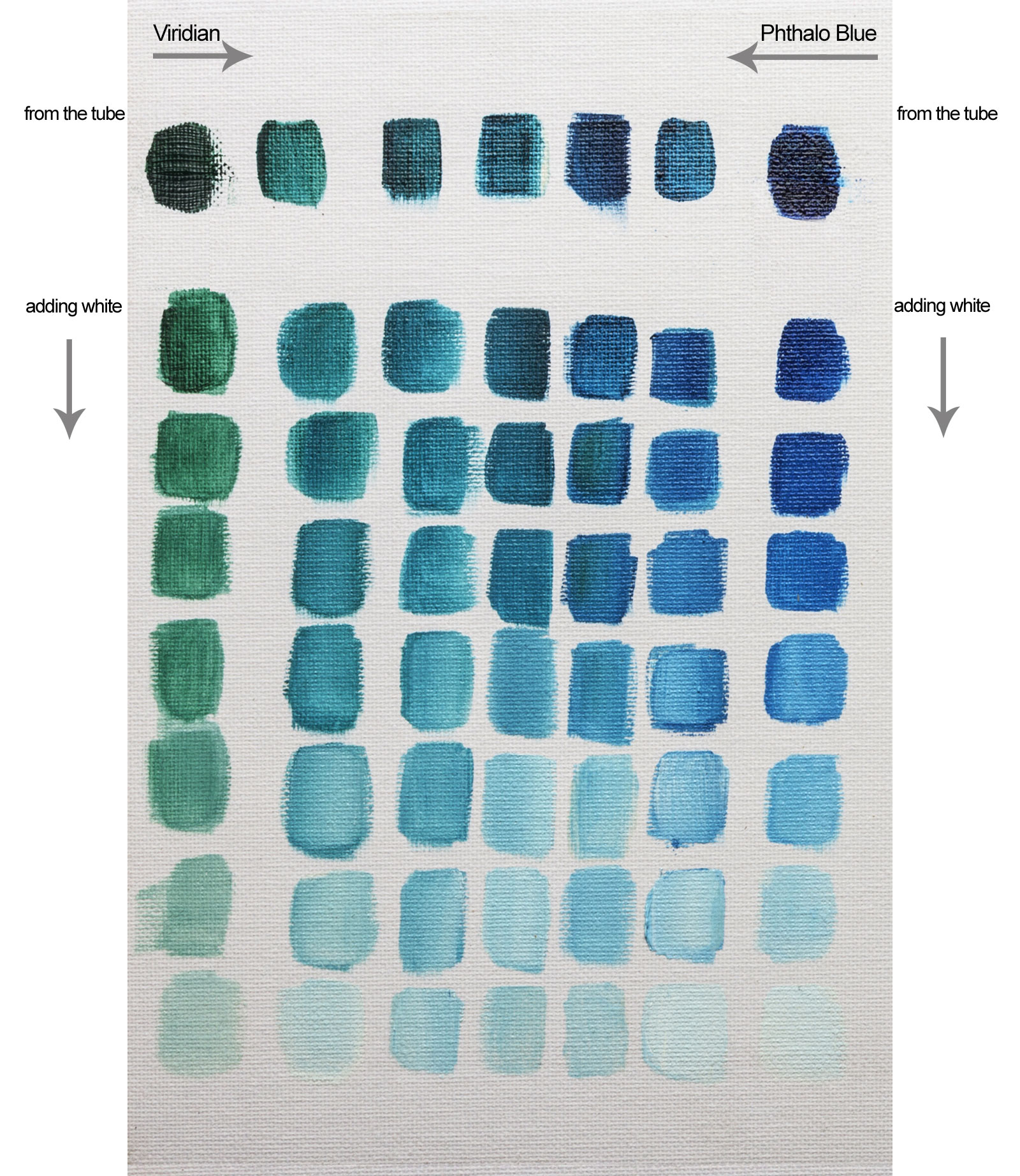 Williamsburg Viridian mixing with Phthalo Blue makes a range of sea greens and turquoise blues.
Note: My first chart was this Phthalo Blue board and I had planned to do seven columns for all the colours but there wasn’t enough difference to warrant it so I changed to five columns after that, so that’s why this colour chart has more columns. 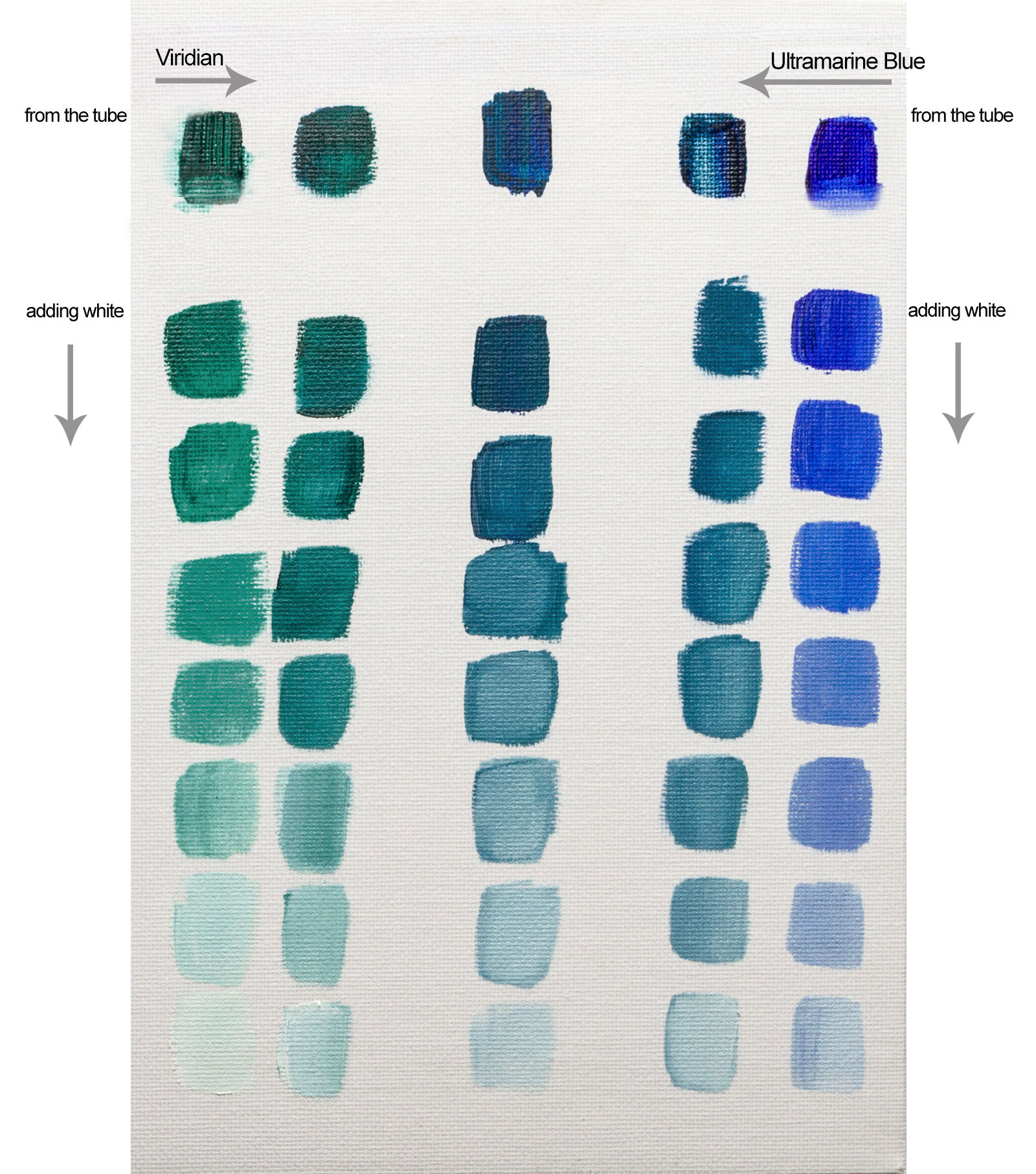 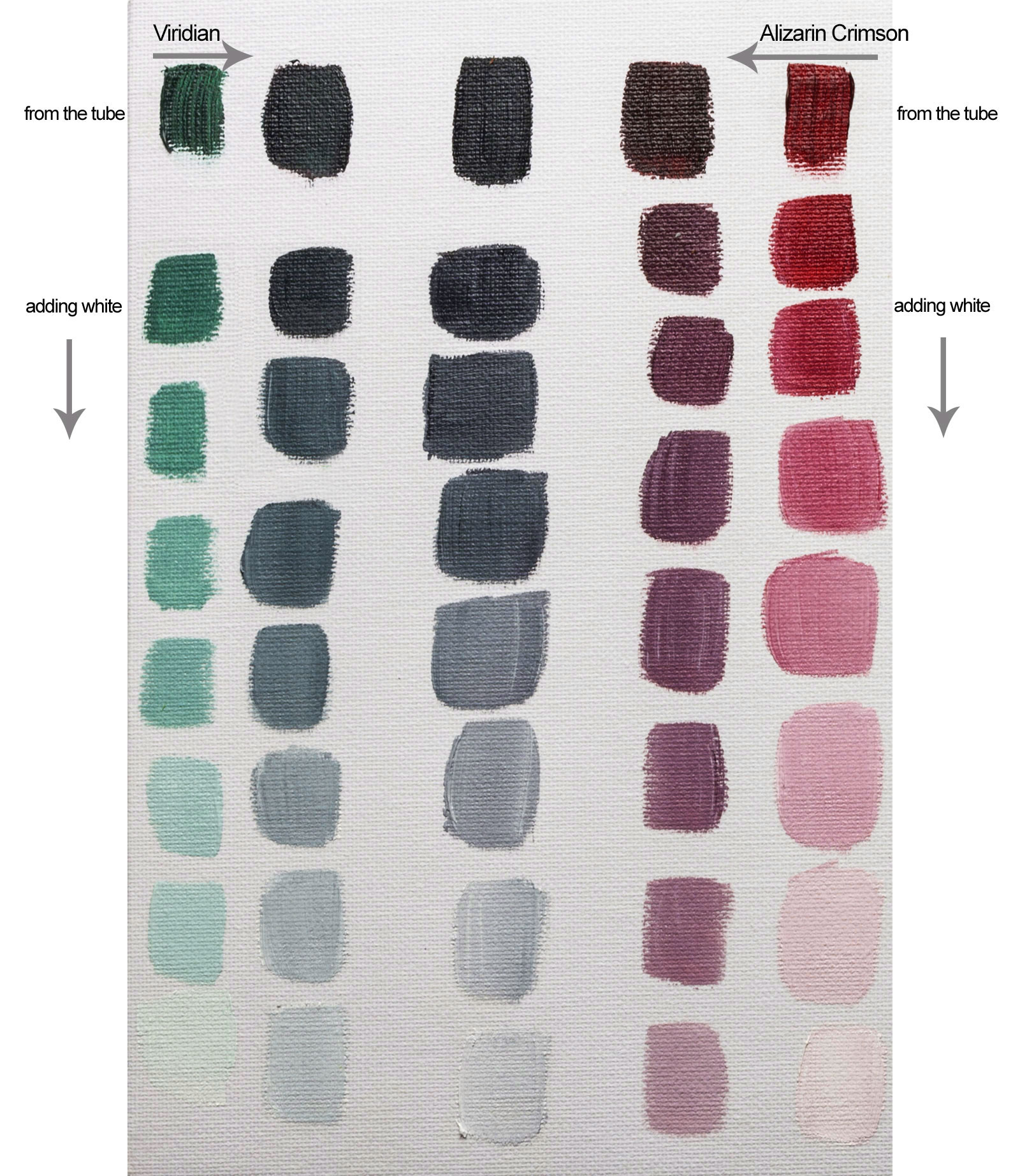 Williamsburg Viridian mixing with Alizarin Crimson makes a good neutral grey and black. A small amount of viridian helps tone the crimson down to a darker, less saturated red that makes a cool pink. 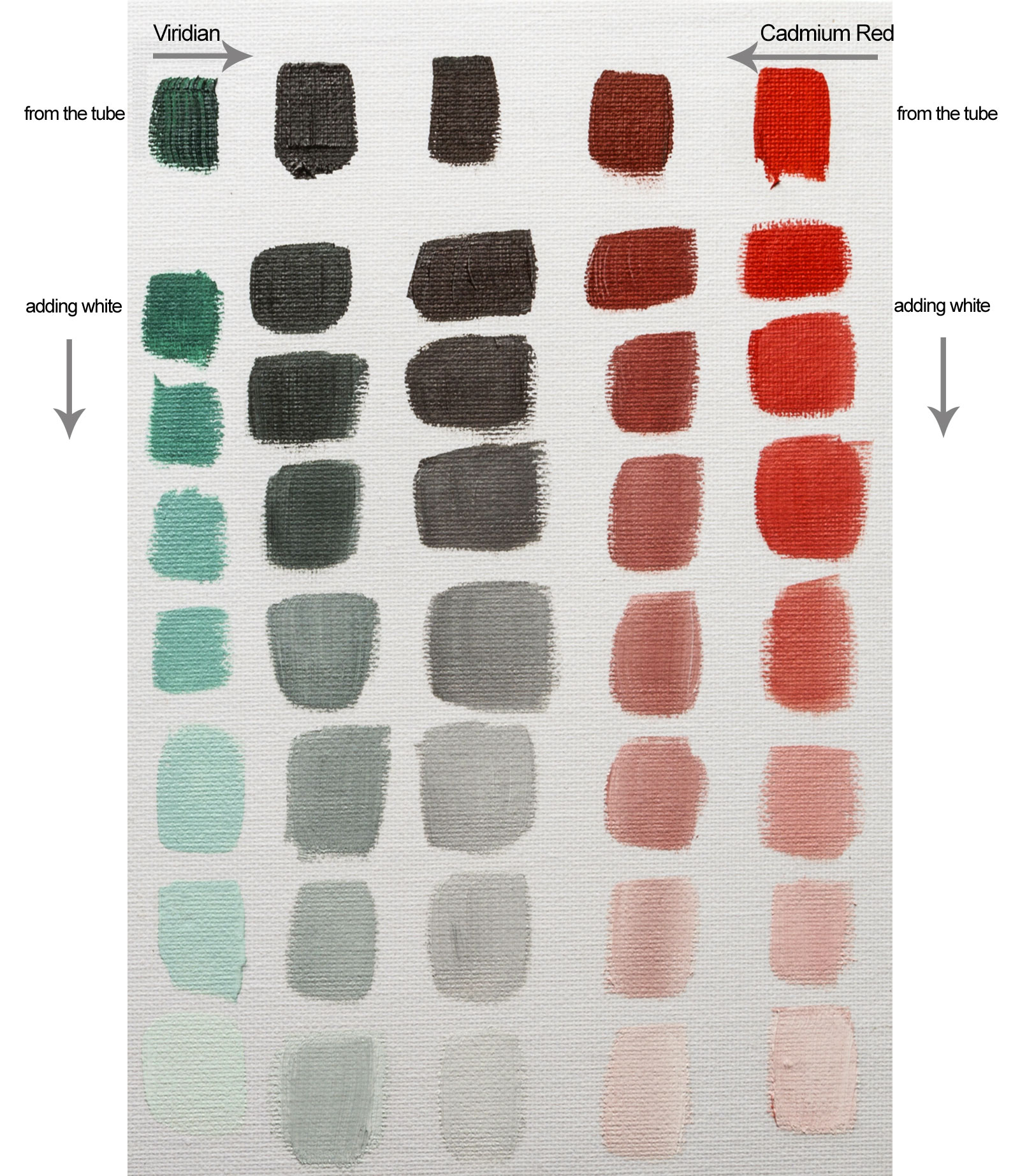 Williamsburg Viridian mixing with Cadmium Red makes a black that can be either warm or cool depending on the proportions of the two colours. A small amount of viridian helps tone the red down to a darker, less saturated red that makes a warm, orangey pink. 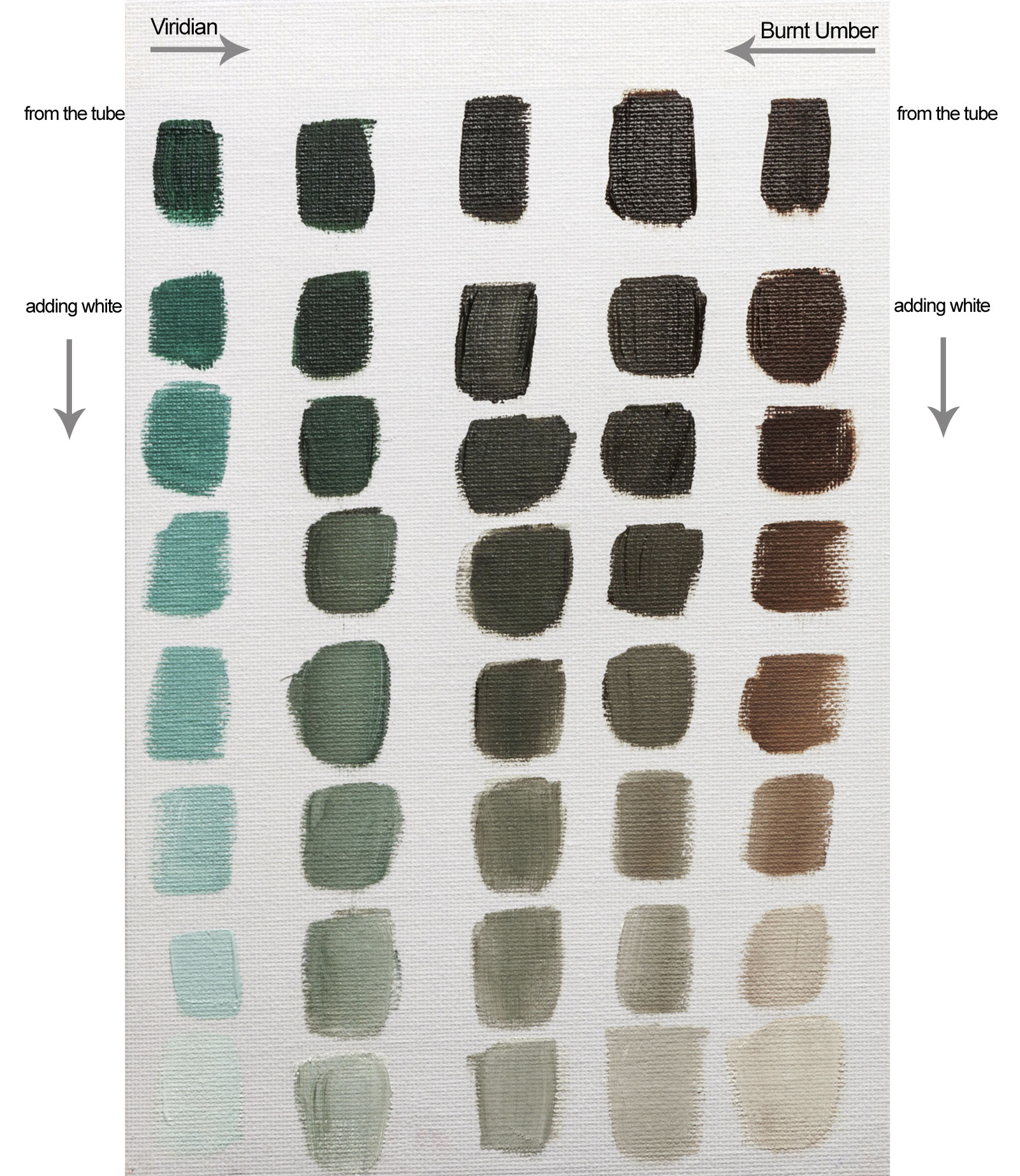 Williamsburg Viridian mixing with Burnt Umber cools the brown down and makes a range of warm greys. 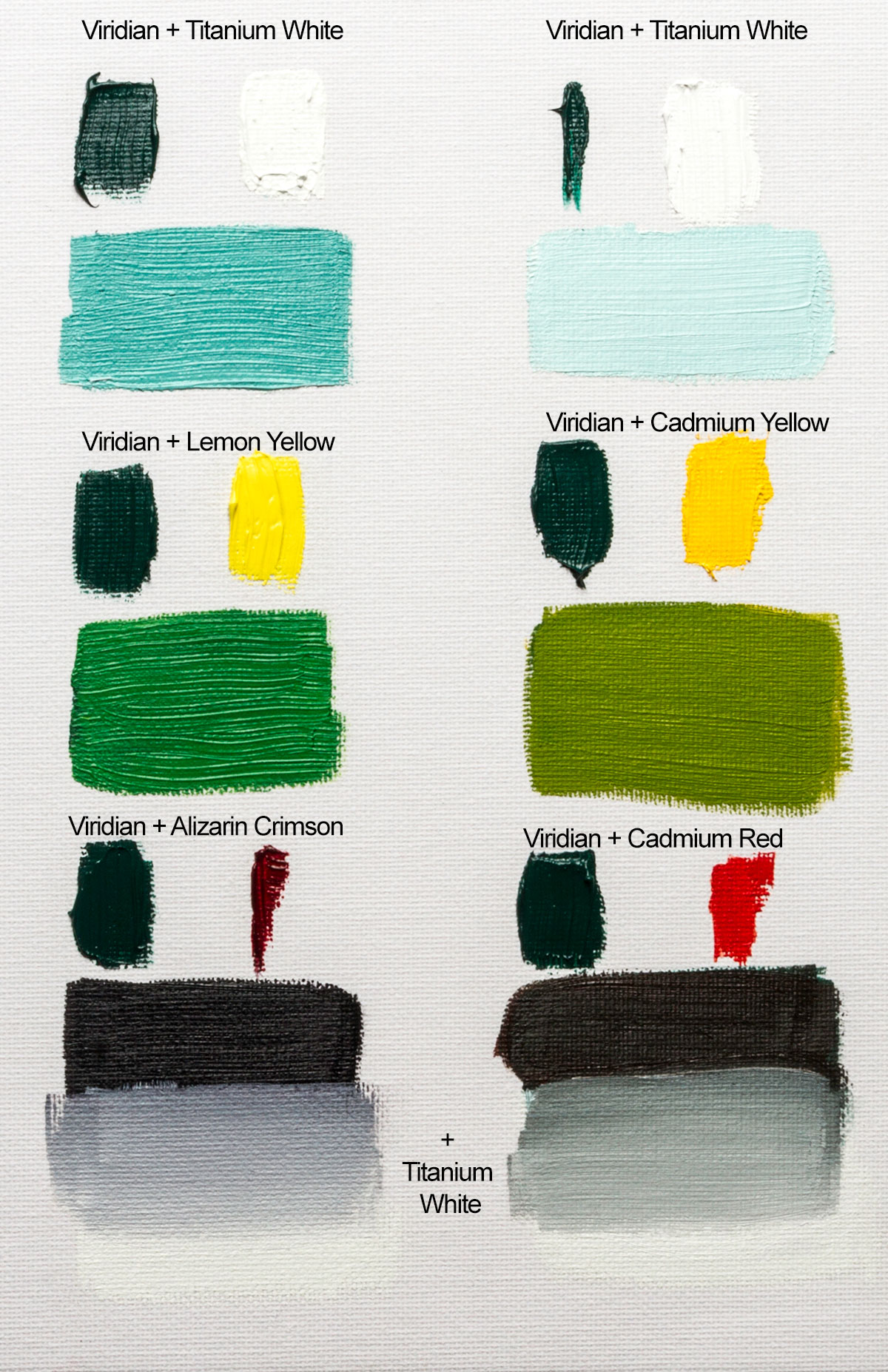 Williamsburg Viridian has about the tinting strength of a yellow. This chart shows that equal parts viridian and white make a lovely sea green. Equal parts of the cool and warm yellows make very useful greens. Blacks and greys made with the cool and warm reds only need a small amount of red to affect the viridian.

Click on the underlined link to go to the current offers on the Williamsburg Oil Paints on the Jackson’s Art Supplies website.

Have you ever wished that your acrylic paint could

It is our pleasure to announce the Jackson’s Pai