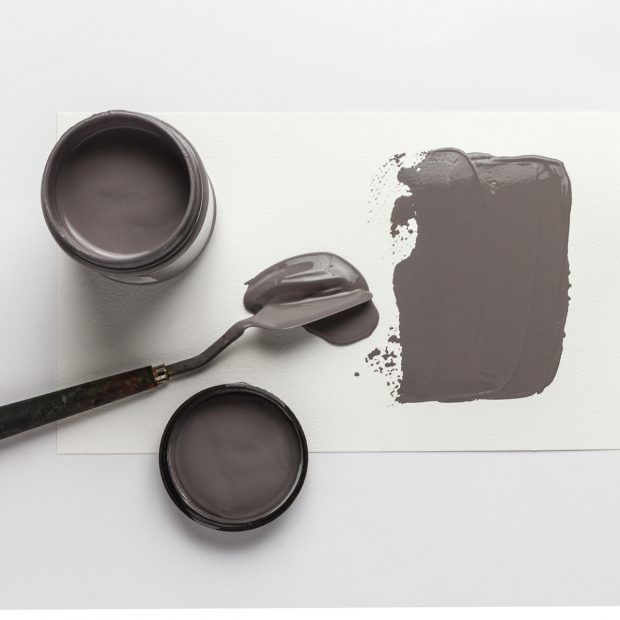 Apply Art Spectrum Colourfix Primer to practically any surface to create an excellent painting substrate for soft pastels. The fine tooth holds a lot of pastel without being too gritty. It creates the same surface as the popular Colourfix papers, which are card with the primer screenprinted onto the surface in a thin even layer. You can create custom colours by tinting the clear primer or the coloured primers or by mixing different colours of the primers together. Get just the colour you wish you had!

Colourfix is an acrylic primer which bonds aggressively to practically any clean, dry surface – all types of papers (300 gsm or heavier works best), canvas, card, plastic, glass, wood, ceramic and metal. You can now get creative with the surfaces you use for pastel painting! It dries quickly, the time depends on how thickly you have applied it and if you thin it with water. A thin coat begins to dry in just a few minutes, similar to acrylic paint and will be ready to use in a couple of hours. The primers are available in 18 colours plus White, Clear and Supertooth. All colours come in 250ml pots and the White and Clear are also available in a one-litre size. The colours are permanent, acid-free and non-toxic. 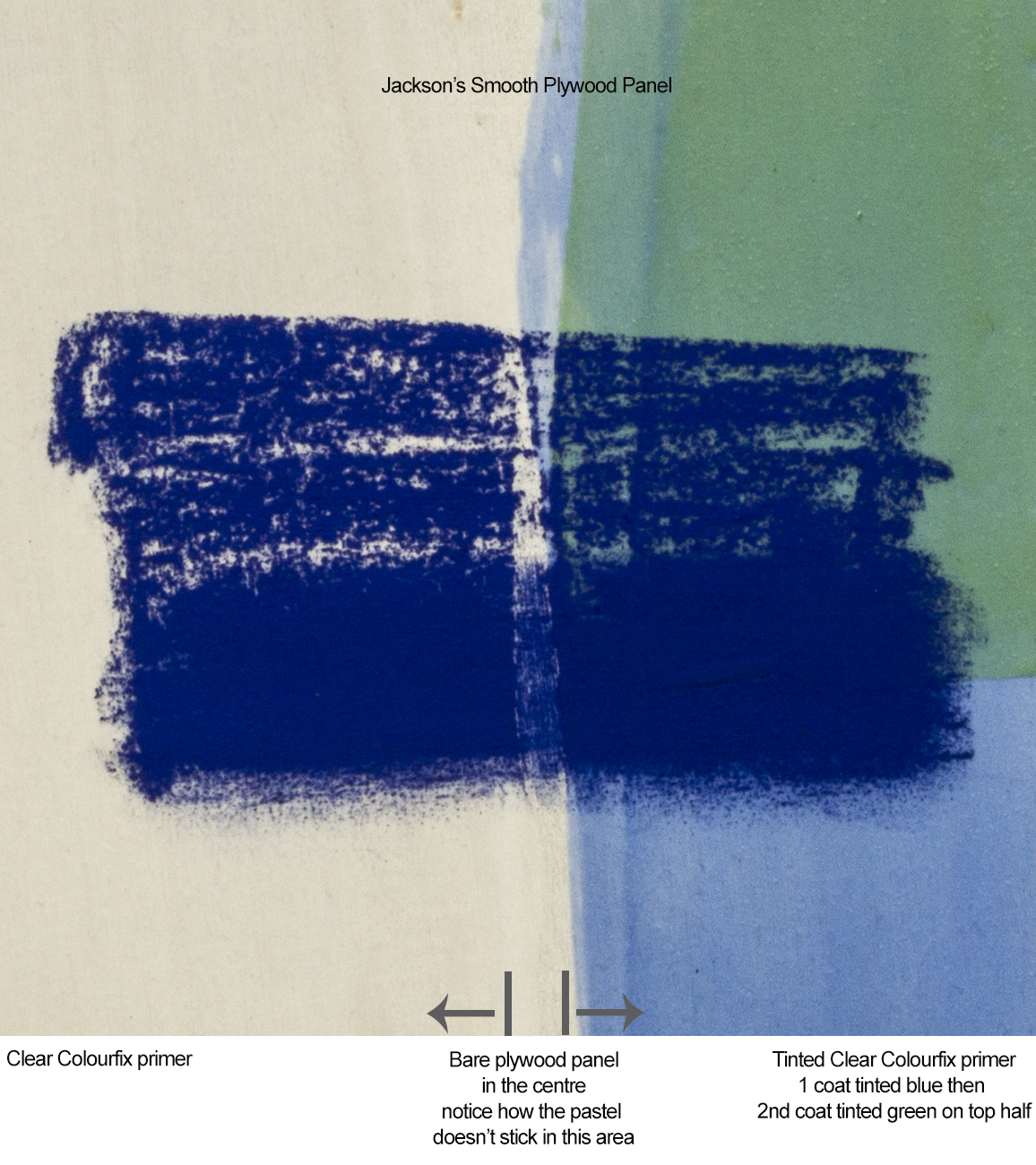 The universal primed rough jute canvas panel below has two colours of primer – Elephant Grey and Elephant Grey modified to a cooler grey with about 20 drops of Lascaux Aquacryl Ultramarine Blue. This shows that the pigment level of the colour in the primer is high, as it took quite a bit more watercolour to tint the coloured primer than the clear primer. But the tinted clear wasn’t as opaque so steaks of brush marks showed where it was thinner and thicker. 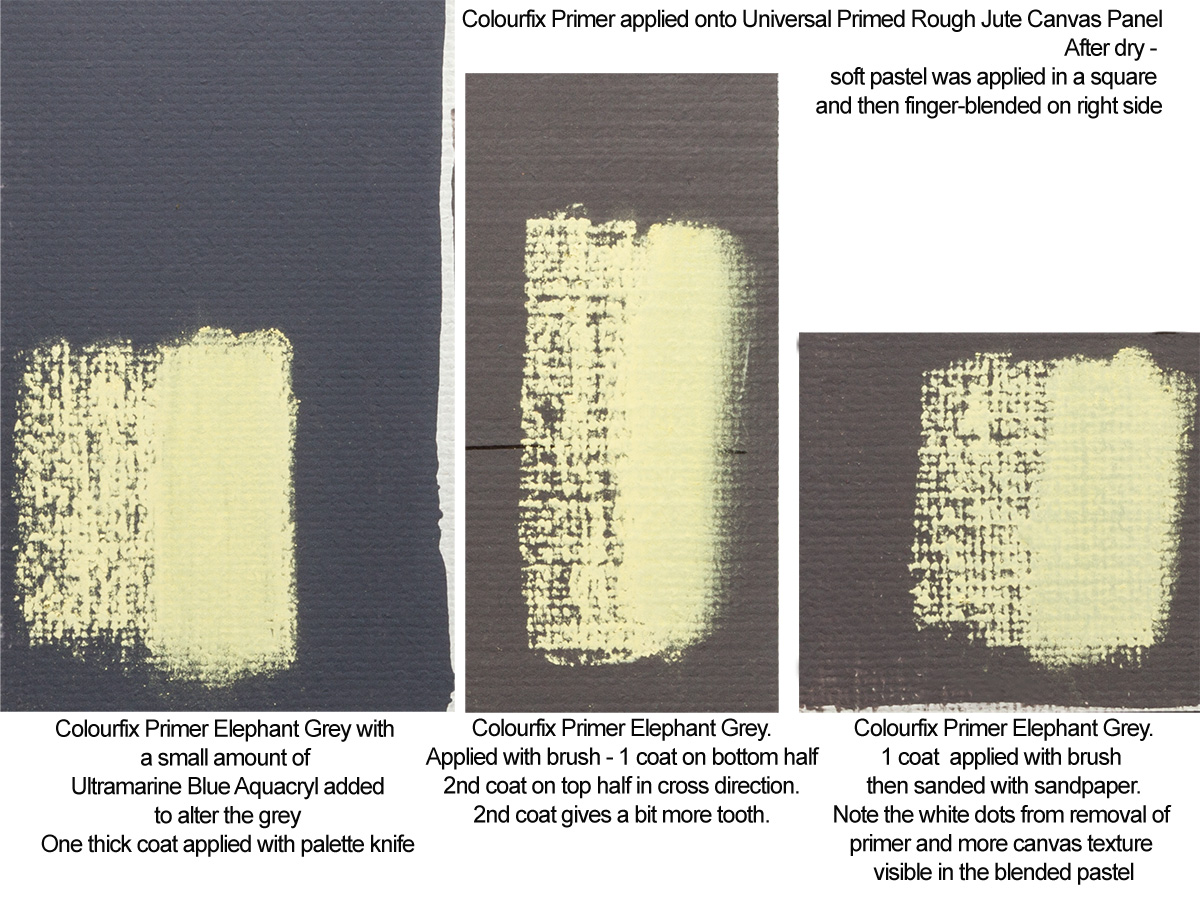 On Bockingford paper I applied the Elephant Grey with a palette knife and when it was dry applied a second coat but of a transparent yellow colour, similar to a glaze. The second coat was the clear primer with a few drops of Lascaux Aquacryl in Lemon Yellow. As with most acrylics the white colour of the binder dries clear, so as the white leaves the colour darkens a bit and become more transparent. 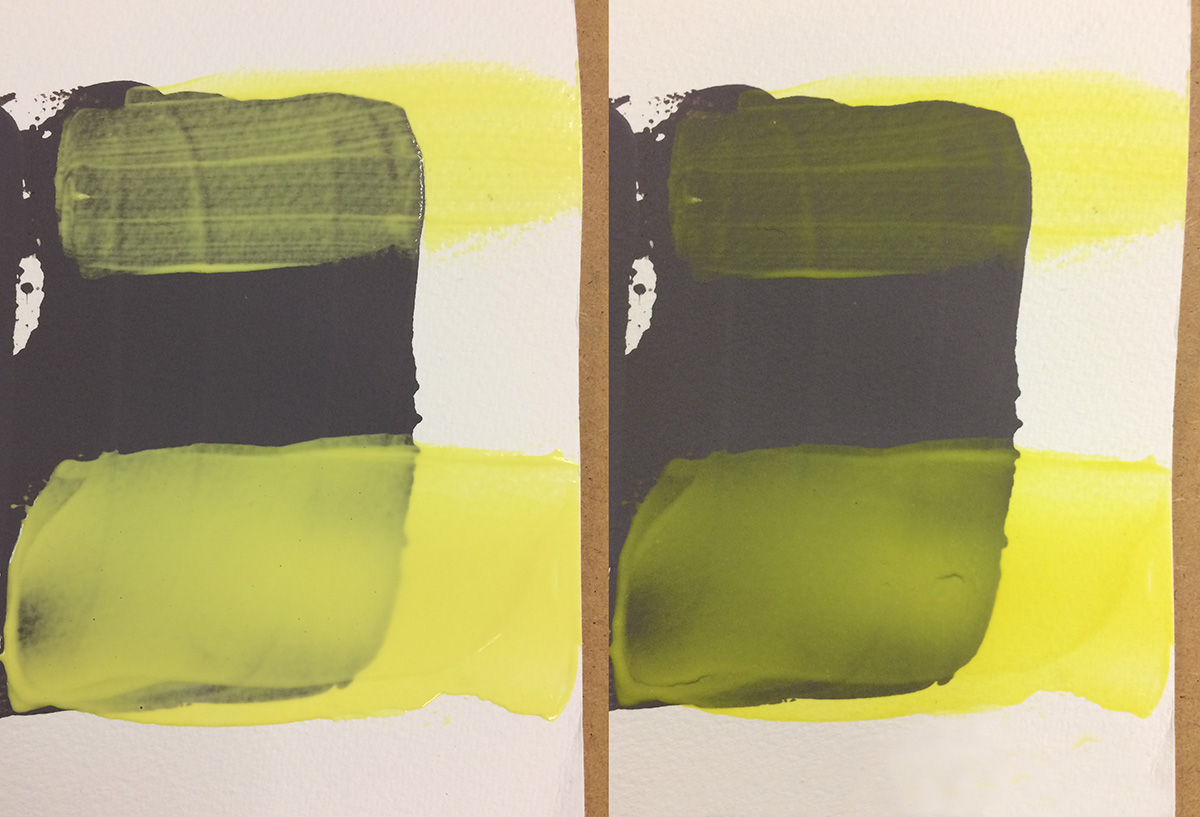 I tried applying the Colourfix Primer both with a brush and with a palette knife. The brush leaves brush marks, the palette knife is much smoother but leaves some marks where the palette knife overlaps. Some artists deliberately make swirling texture marks to add more interest to the surface. The brushes washed out easily with soap and water, but don’t let the acrylic dry in your brush. I have also heard of it being rolled on or applied with a sponge. You can sand the surface if you want it very smooth, like any primer, but sanding removes some of the grit. Overall I didn’t notice the brushmarks or ridges once the pastel was applied.

Be aware that as you apply it, if you wait a few minutes and brush more it may have already started to dry and you will drag dried clumps across the surface, so apply it and don’t brush again, let it dry. For those familiar with acrylic paint, it is similar to that. Also like acrylic – if you speed up the drying time with heat you risk cracking the surface in all but the thinnest areas. I applied some primer in thick coats with a brush and with a palette knife and it dried well, and did not crack as it dried. I also applied it in two thin layers in cross directions which seemed to help with getting an even coating. I also tested for just a single coat both with palette knife and brush. The thinner coats showed steaks more as the thick and thin areas showed the surface through in parts. It seems like at least two coats is best for appearance and for a good even gritty surface for pastel painting. 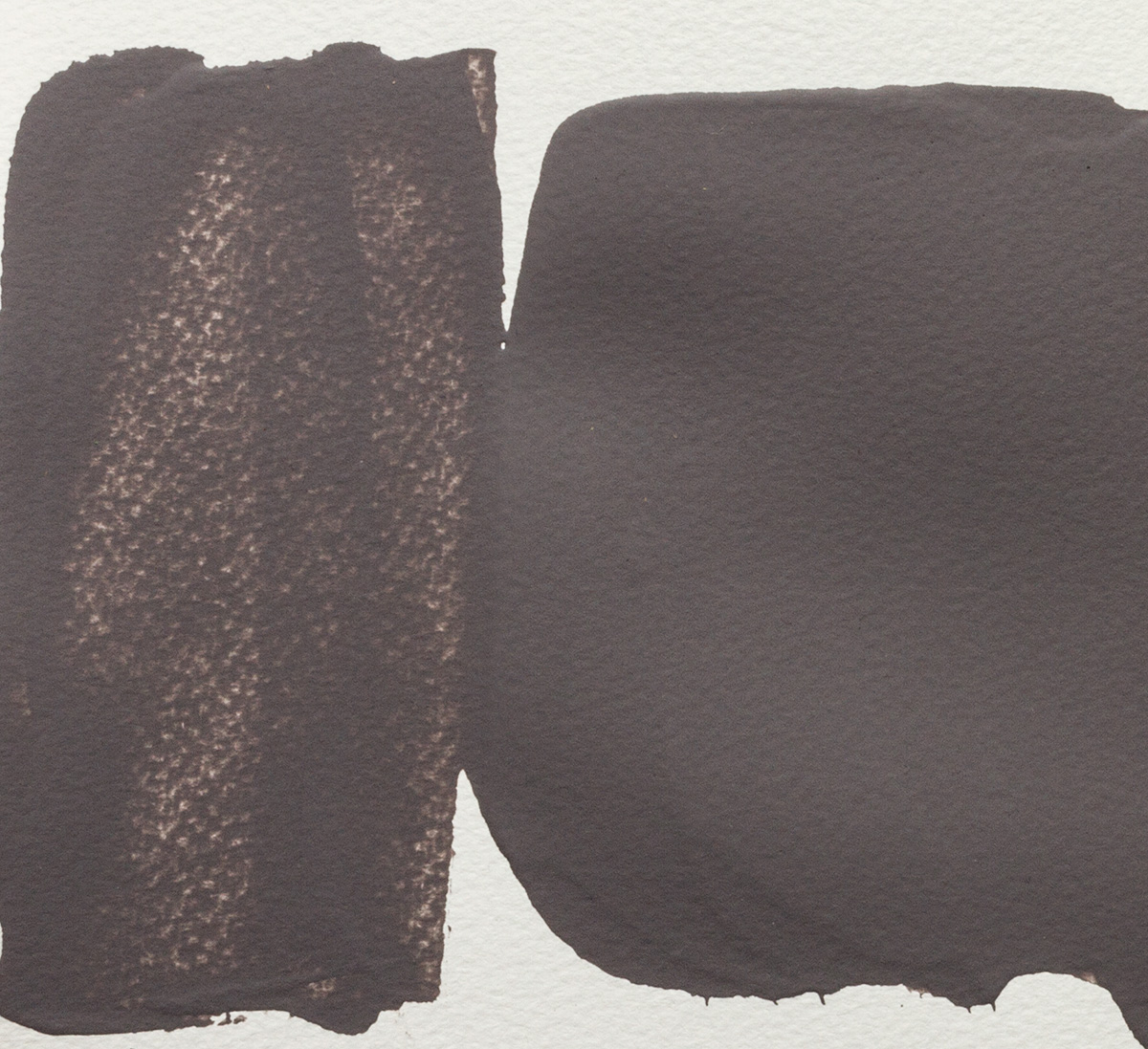 I tried the Colourfix Primer on five surfaces. It can be applied to practically anything so you can get creative with the surfaces you use for pastel painting! 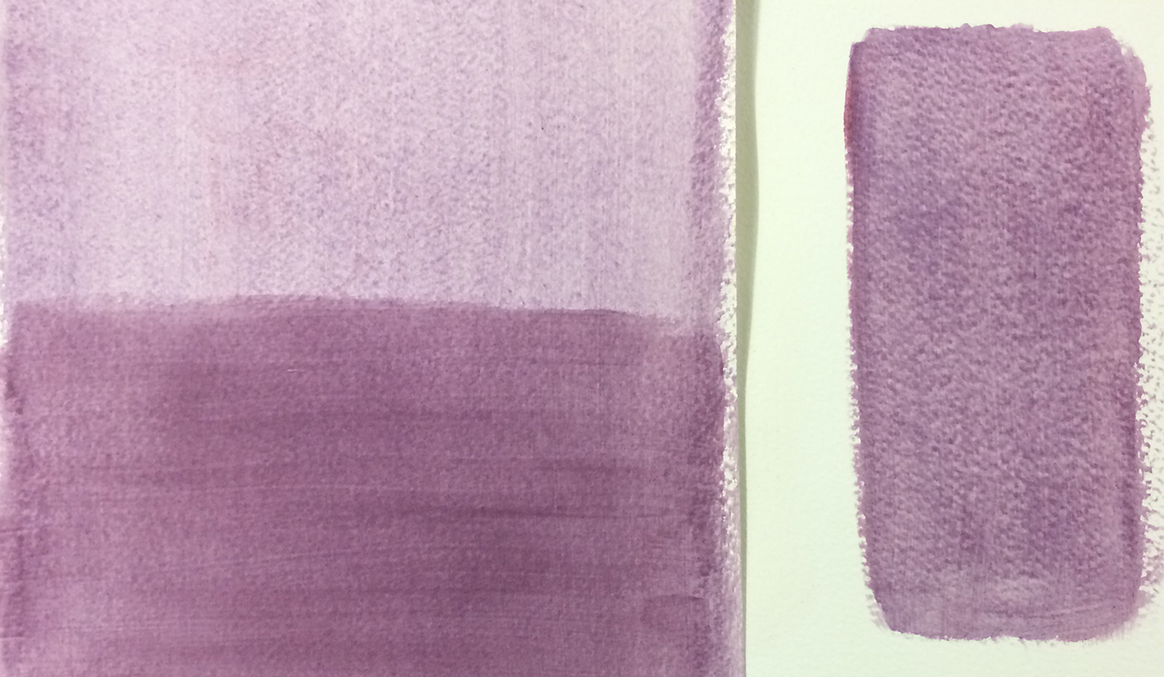 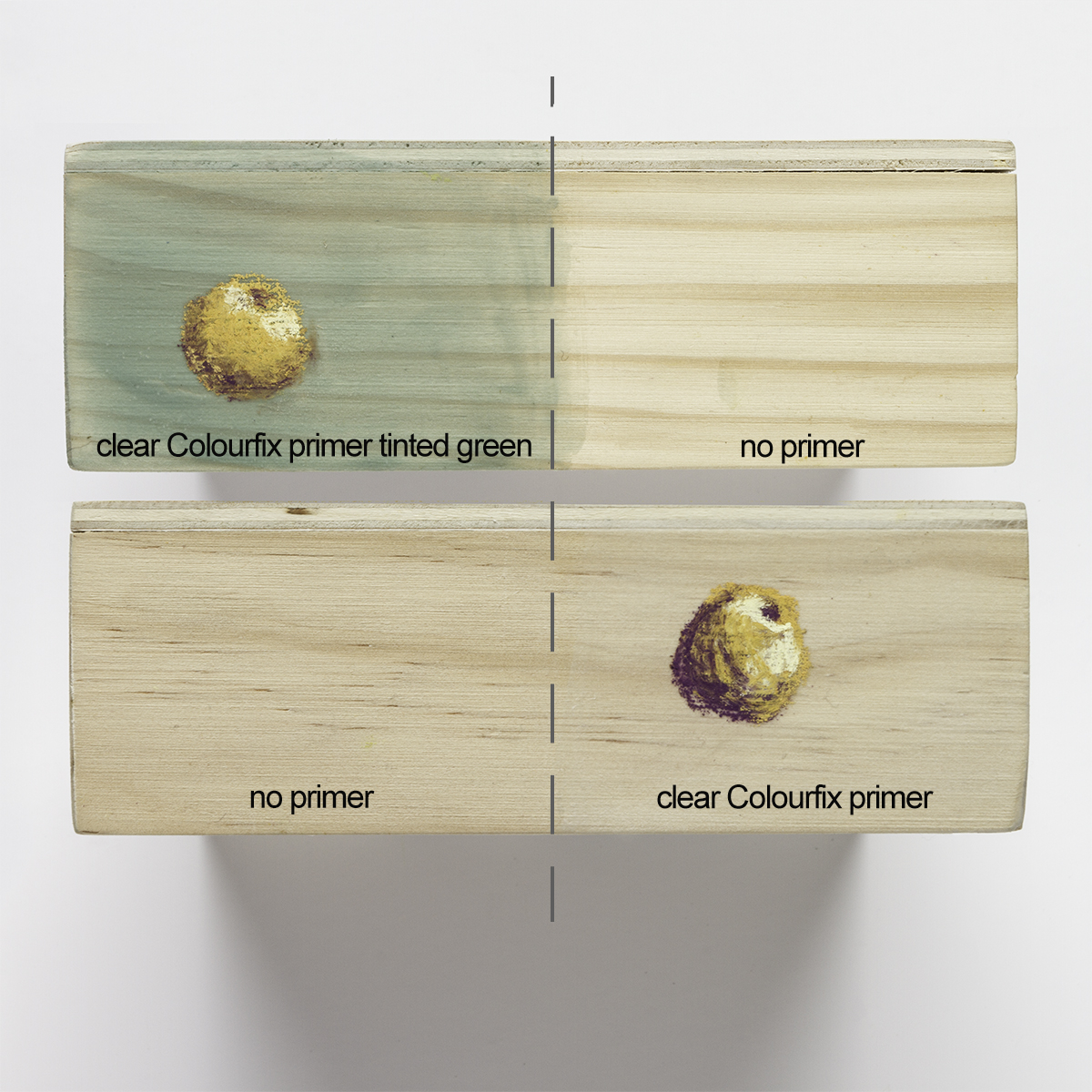 Using Pastels or Multimedia on the Newly Primed Surfaces

The super-fine grit holds a lot of pastel, so you end up with less pastel being wasted on the floor.

It is labelled as a multi-media primer and I have read about oil painters using it as their painting ground because it gives just the right amount of tooth and absorbency.

Click on the underlined link to go to the current offers on the Art Spectrum Colourfix Primer on the Jackson’s Art Supplies website.
Postage on orders shipped standard to mainland UK addresses is free for orders of £39.