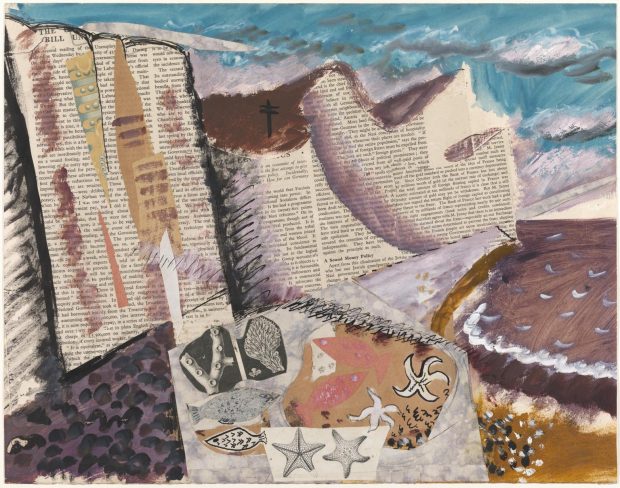 10 Exhibitions Not To Miss This November

All over the UK this month there are unmissable exhibitions of artists that have not had comprehensive shows in the UK for over a decade or even in the last fifty years including Jasper Johns, Paula Rego, Chaïm Soutine and Jean Arp.

This is the first full retrospective of Jasper Johns in the UK in 40 years. Spanning six decades it shows his mesmerising use of the ambiguities of perception, texture and balance. It also shows the development of his work from the 1950s to the present day. Made up of around 150 paintings, sculptures, drawings and prints it covers his lesser-known works, his seminal masterpieces and his uncanny and witty depiction of ordinary, overlooked objects and symbols. This allows for both a thematic overview and a distinct sense of the direction he carved out for himself in the art world.

Showing at Royal Academy of Arts, London until 10 December 2017. 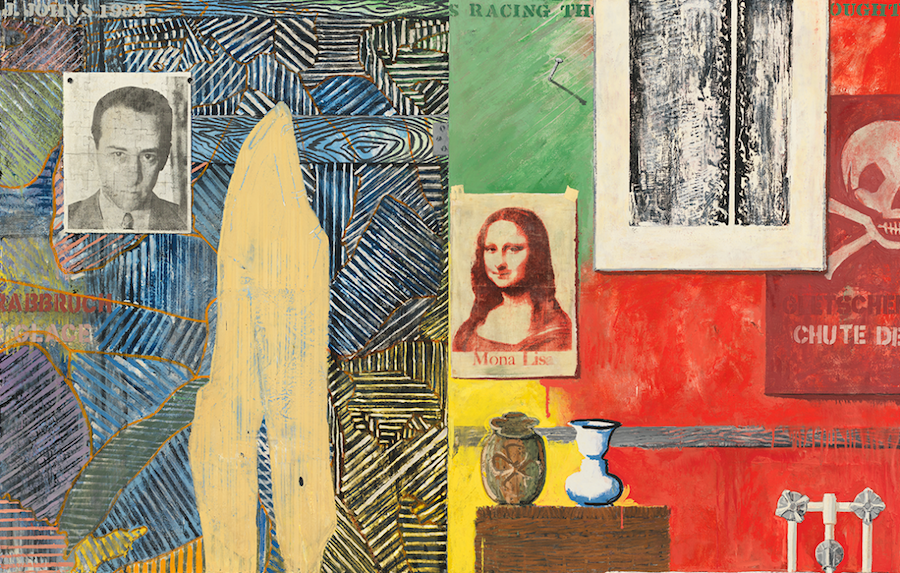 This exhibition places John Piper significantly within the canon of Alexander Calder and Pablo Picasso, who he championed in the art journal Axis along with the editor (and his wife) Myfanwy Piper. It powerful demonstrates the pivotal moment when Piper shifted from representation to abstraction without him neatly  following the contemporary movement of abstract expressionism; instead his work retained and moved towards empathetic impressionism. The work featured below, ‘Beach with Starfish c.1933-4’ combines quintessentially British style with European Cubism inspired collage to show his style which is still fresh and innovative. The exhibition breaks new ground by putting medieval stained glass, archaeological carvings and Anglo-Saxon stone work into conversation with Piper’s practice which was inspired by them and uses knowledge found within these traditional techniques. Liverpool is the perfect place to see his work as you could also see Piper’s renowned stained-glass lantern tower within the Liverpool Metropolitan Cathedral. 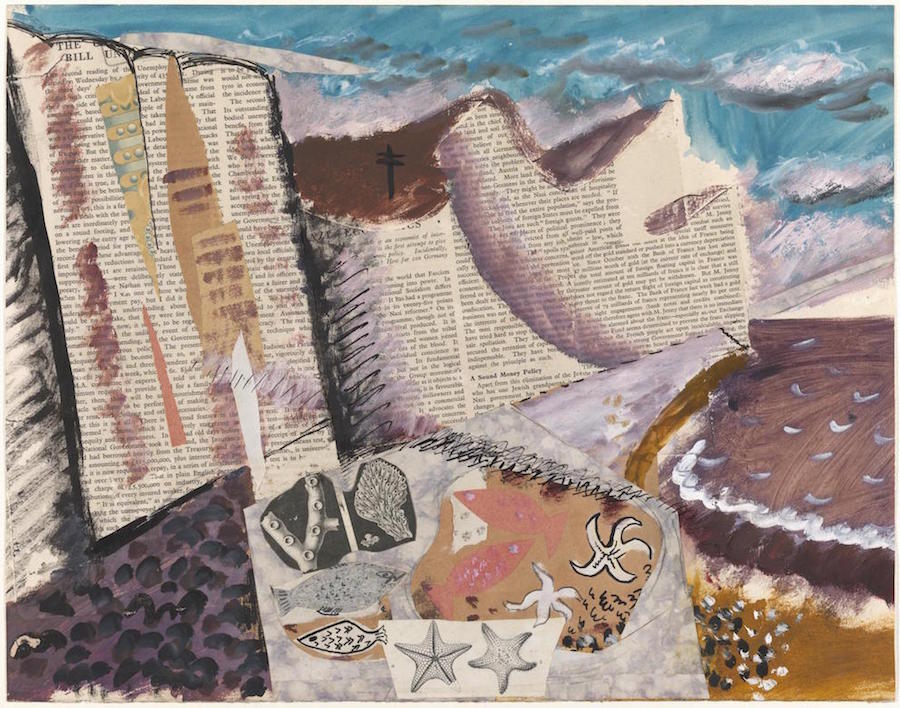 3) Tour of the BP Portrait Award

The BP Portrait Award, one of the art world’s leading portrait competitions, is now being displayed at Exeter City Art Gallery. This gives the opportunity to see a vast range of the very best emerging portrait artists with 2,580 entries from 87 countries. The works range from intimate studies of family to vivid sketches and questioning paintings of famous faces. An example of this is Anastasia Pollard’s portrait of her model Corrine, featured below. Pollard, who studied at the Pennsylvania Academy of Fine Arts and Florence Academy of Art and has received The William Emlen Cresson Scholarship and the Silvia & Miron M Walley Memorial Scholarship, shows Corrine regally, and yet slightly mournfully, depicted in profile.

Showing at Exeter City Art Gallery from 4 October to 3 December 2017. 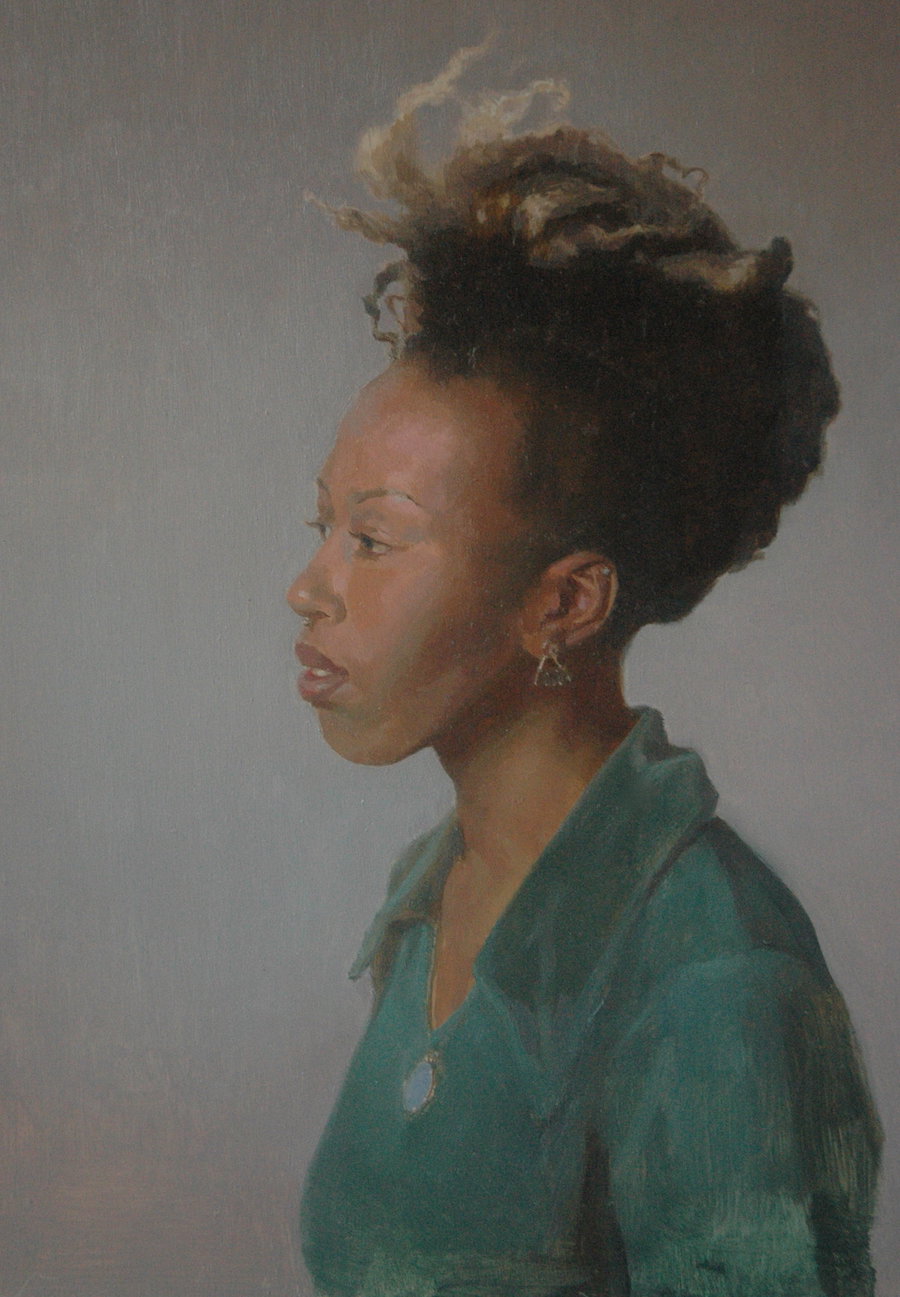 4) Monochrome: Painting in Black and White

This exhibition explores how artists over the last 700 years have rejected the colour spectrum and instead embraced monochrome. Curators, Jennifer Sliwka and Lelia Packer have placed more than 50 works ranging from Dürer, Rembrandt, and Ingres to Chuck Close, Bridget Riley and Olafur Eliasson to create an enthralling comparison of the versatility that remains when colour is removed. The varied works included in the exhibition use glass, vellum, ceramic, silk, wood and canvas as a surface but also span from the Middle Ages to the 21st Century passing through the Renaissance.

Showing at The National Gallery, London, from 30 October to 18 February 2018. 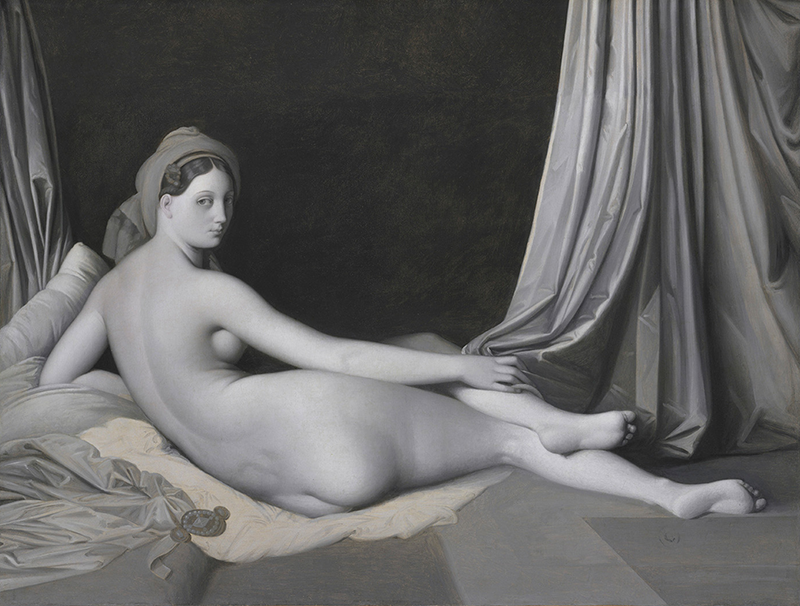 As Loving Vincent, the first fully painted feature film, rekindles the fascination with Vincent Van Gogh, one cannot miss taking the opportunity to view his successor’s great works. Chaïm Soutine vastly enriched the 1920s and 1930s expressionist movement in Paris with his bold and striking portraits of the service staff that worked in the grand hotels and restaurants of France. In these portraits, which have not been exhibited for 35 years in the United Kingdom, Soutine demonstrates an aptitude for combining modest demeanour and forceful colour which is still interesting today.

Showing at The Courtauld Gallery from 19 October to 21 January 2018. 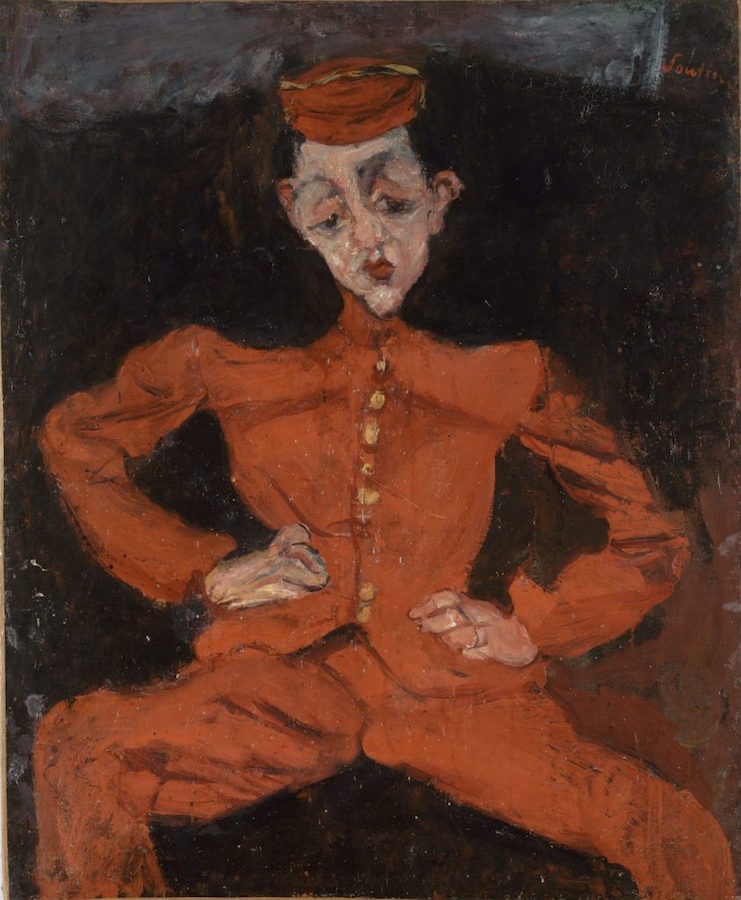 Rather than just viewing Alexander Calder’s famous mobiles, this is an opportunity to engage with his energy-filled gouaches that capture the negative space, form and colour that his sculptures utilise. The Saatchi gallery is showing a selection of his late gouaches made between 1960 and 1976, while simultaneously the Omer Tiroche Gallery in Mayfair will be showing his earlier works on paper from 1939 to 1959. Together they make a comprehensive collection of his 2-dimensional work while leaving space to consider his legacy to Modernism and Abstraction. 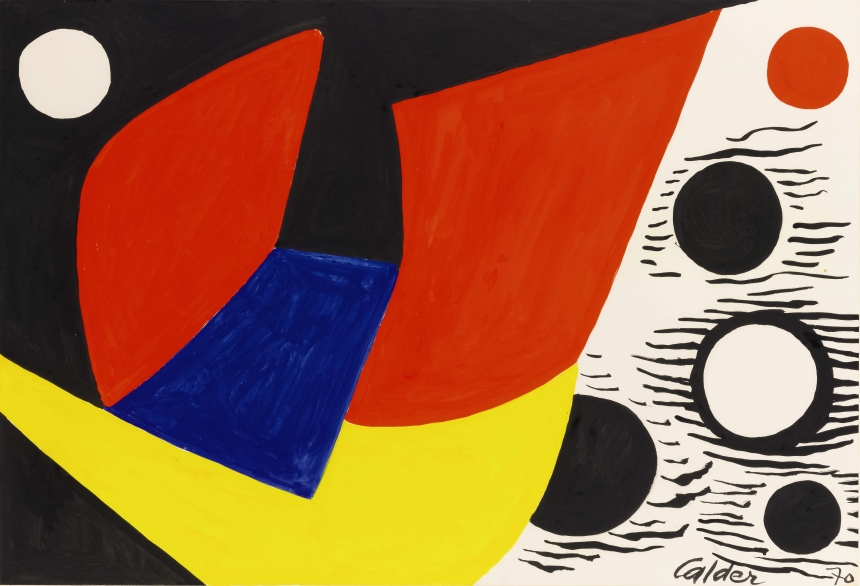 The Chelsea Waterside ArtSpace brings an all female exhibition exploring Londoners’ lives and characters through their hair by painting each sitter from life. The curator Emily Ponsonby exhibits her work next to Beatrice Hasell-McCosh, Clementine St John Webster and Rosalie Watkins to create an exhibition of vivid, figurative work that focuses on diversity and intimacy. It asks the question “Does […hair] give us permission for our character to morph, for us to take on a persona which is not our own?”

Showing at the Chelsea Waterside ArtSpace from 22 November to 17 January 2018. 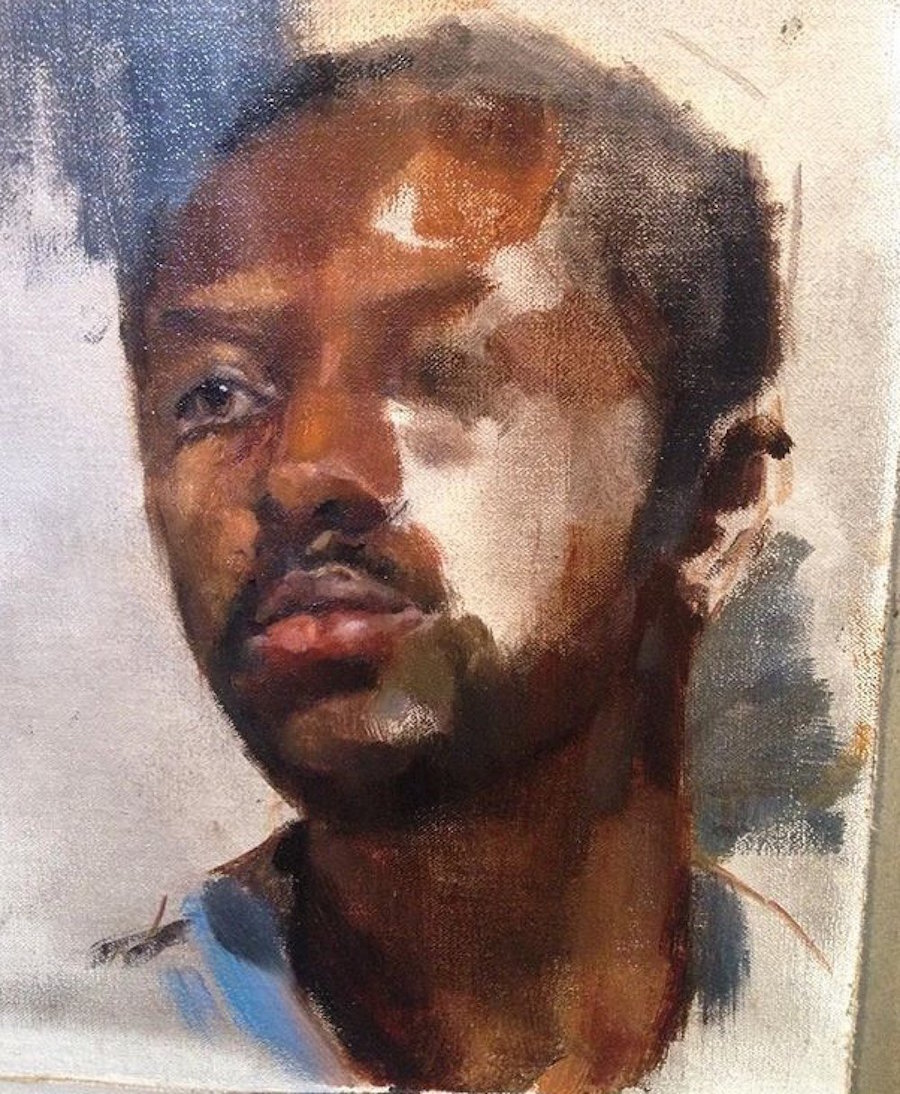 8) Paula Rego: The Boy Who Loved the Sea and Other Stories

This new series by Paula Rego, a Portuguese-born British artist, draws inspiration from Hélia Correia’s story The Boy Who Loved the Sea. As always, Rego’s new work explores events contained within stories as well as using them as a place for self-reflection and examination. The coastal setting of the exhibition makes it a poignant place to view her paintings, pastel drawings and prints which focus on her continued fascination with the sea. 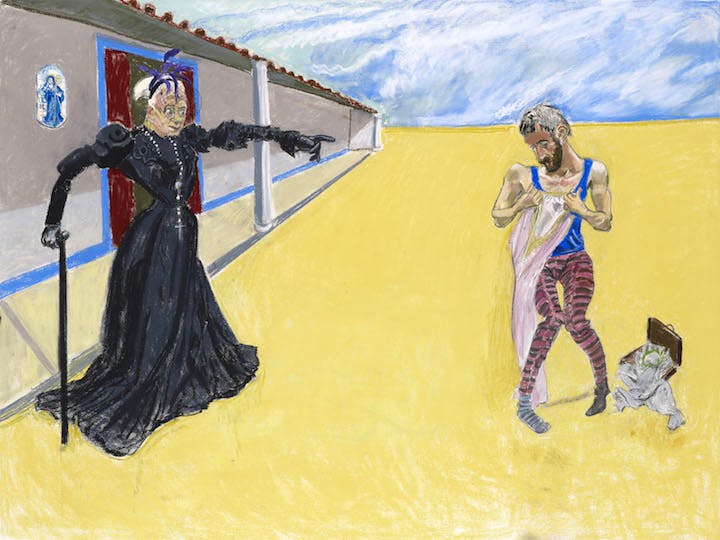 Paula Rego, Get Out of Here You and Your Filth (2013). © Paula Rego, courtesy of Marlborough Fine Art

Jan Steen is known as one of the best Dutch genre painters of the 17th Century. This exhibition, created through loans of paintings, prints and drawings from around the UK, Europe and the US, focuses on Steen’s narration of biblical scenes, classical mythology and history. The Barber uses this exhibit to contextualise their permanent piece of his, ‘The Wrath of Ahasuerus’, showing Steen’s work as developing around traditional stories alongside his usual flair for using symbolism, emotion and comedy to deliver moralising messages.

Showing at The Barber Institute of Fine Arts, Birmingham until 21 January 2018. 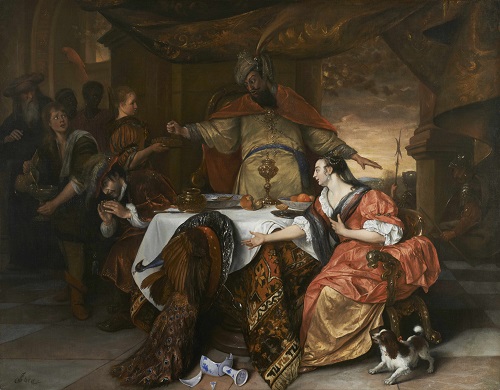 This is the UK’s first exhibition of Jean Arp since his death in 1966. It consists of 70 drawings, collages, paintings, wood reliefs and sculptures loaned from around the globe and has been curated in collaboration with The Kröller-Müller Museum in The Netherlands. It combines his poetry with his visual work to add a new dimension to his focus on natural shapes, forms and his ability to present the inner spirit of objects. Arp’s role as a founder of Dadaism and Surrealism, as well as his massive contribution to Abstraction and British Avant-garde, makes his work pivotal to the foundations of contemporary art and fascinating to view. His work seems very timely as it crosses Europe’s borders and challenges institutions and practices that Arp saw as encouraging elitism. 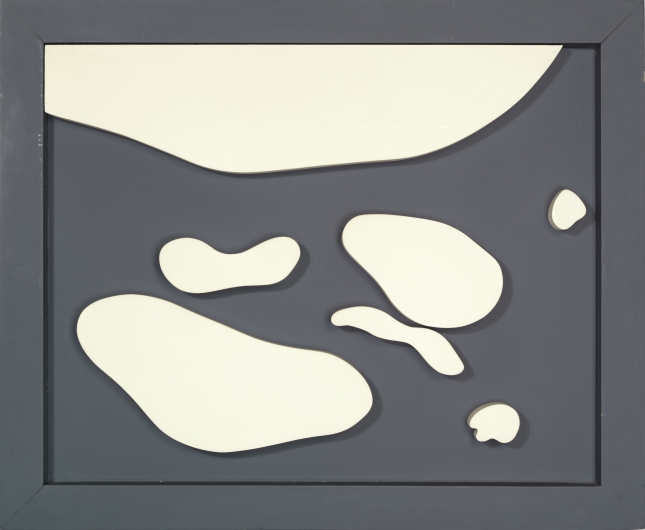