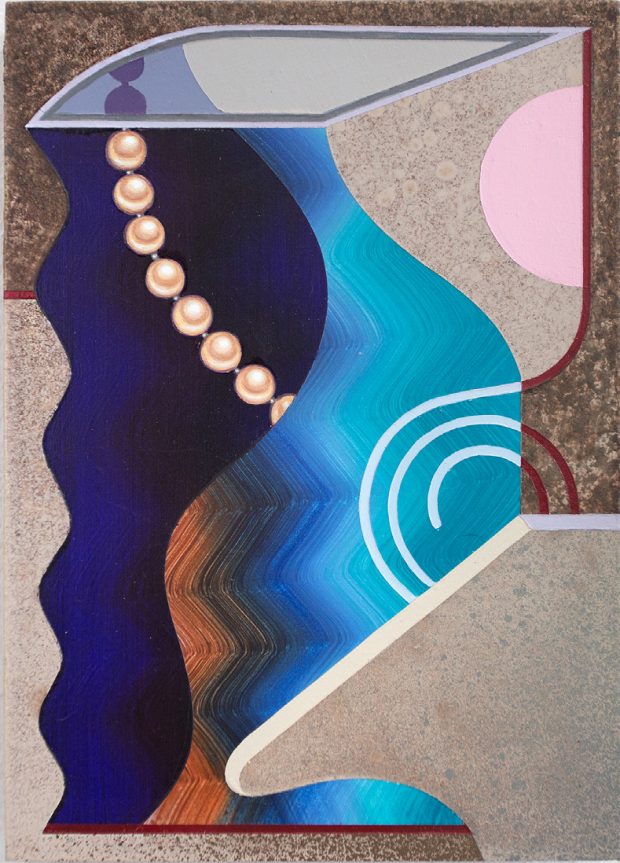 10 Exhibitions Not to Miss This January

To kick off this year, we have selected 10 exhibitions to see all over the UK this month. Some shows include fine work from the 19th Century while others include great examples of bright and naive forms, as well as a few that will give you a solid insight into emerging trends.

Rose Wylie’s large scale work is bursting with playfulness but also strength. Seemingingly naive you can feel the confidence behind the text and strong brushstokes, at the age of 83 Wylie’s work has more wisdom than its childlike style at first lets on. However, in fact it is this sweetness that allows Wylie to play and comment on the current situation of the world: her work is inspired by that which surrounds life, daily occurances, cinema, news stories, celebrities and memories. The work is relatable and draws out the cultural memories that are being formed socially. As this is her first institutional solo show in London, it is the perfect time to view her work in all its freshness.

Showing at the Serpentine Sackler Gallery until 11th February 2018. 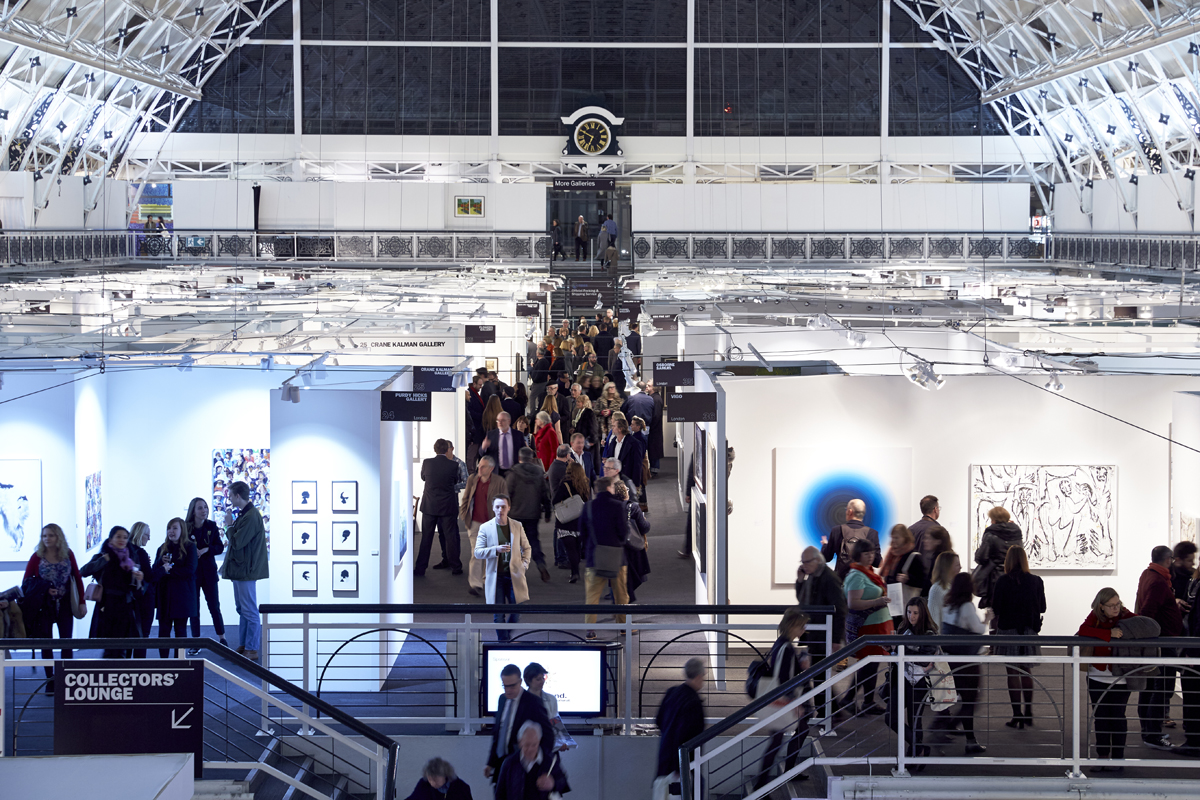 As the new year begins, the London Art Fair opens the international art calendar. It invites collectors and vistors to view and engage with carefully selected works of renowned and emerging artists from the 20th century upto the current day. It is a great opportnity to spot what is of interest to critics currently, as well as gather a wealth of inspiration for your own practice.

Now in its 30th year this show offers an expert guide into the market with works selected by leading British and internatonal galleries as well as curated spaces Art Projects and Photo50.

Thomas Bock at the Ikon 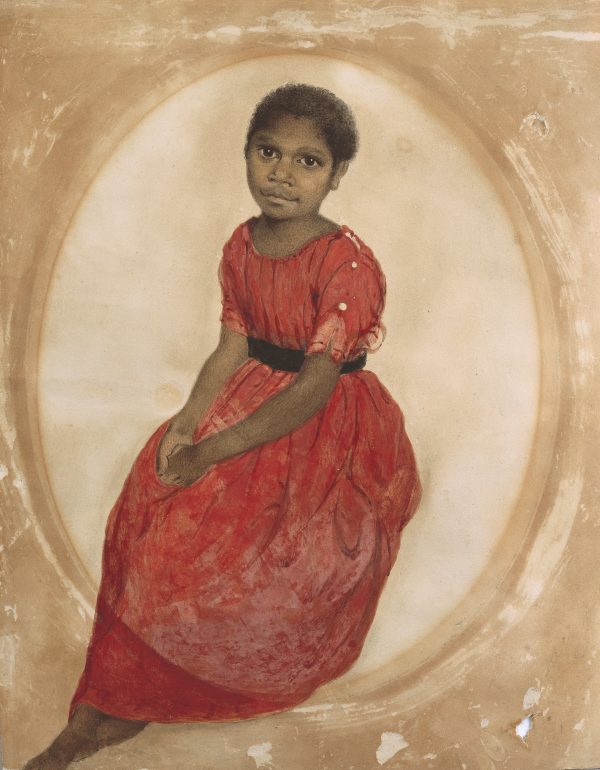 Thomas Bock was, before his transportation to Australia in the 19th Century for adminstrating abortitive herbs, a engraver and miniature painter. During his conviction he was made to produce portraits of other convicts before and after execution as well as engraving blocks for banknotes. After he was released he became not only the Australian elite’s favoruitie portrait painter but also began to develop his own practice to his own tastes. These included watercolours, works using  pencil, chalk and pastel (as well as rudimentary photography) and covered a wide range of subject matter such as Aborigines, criminals, freemen, landscapes and domestic scenes. This exhibiton brings together a wide selection of his work and demonstrates the breadth of his interests and artistic career.

Showing at the Ikon Gallery until 11th March 2018.

Bacon to Doig: Modern Masterpieces from a Private Collection

This private collection gives the chance in Cardiff to see some of the greatest early works of modern British artists. Including pieces by Francis Bacon, Lucian Freud, Barbara Hepworth and David Hockney, and formed over several decades, this collection really demostrates the owners’ eye for great work. Many of the pieces were purchased when the now famous artists were much more obscure, yet each piece would fit in perfectly with a muesum’s collection. It includes two incrediable paintings by Francis Bacon from the 1950s and 1960s.

Showing at the National Museum Cardiff until 31st January. 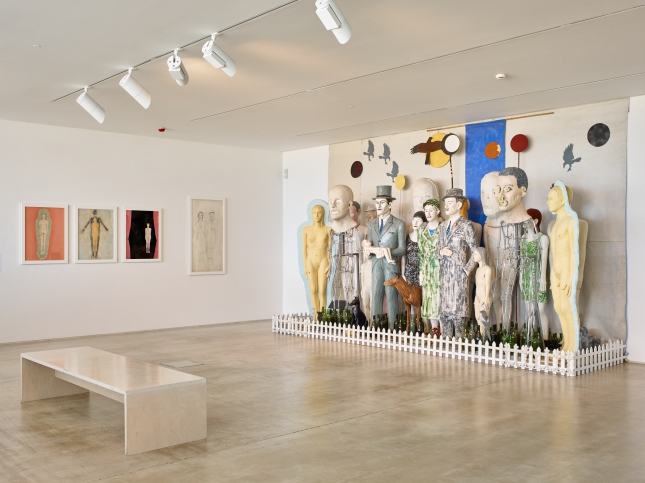 This exhibition of John Davies’ work is an atomospheric combination of a large-scale tableau, a series of haunting scarecrow figures and recent drawings. The work in My Ghosts focuses on memory, fraglity, the body and the passage of time. While the human form has been a theme throughout Davies career, which he has explored in a variety of media, these pieces seek to not just record the physical human form but as Davies has said  ‘to make a figure, not like a piece of sculpture, more like a person…. I wanted my sculpture to be more like life in the street’.

Helen Allingham, who was born 1848 and died in 1926, is known as one of the most loved Victorian artists. Her watercolours led to her becoming the first woman to gain full membership to the Royal Watercolour Society. While critically her work has been much admired, it is a rarity to see an exhibition dedicated to her work alone. This exhibition includes works from private collections, important pieces from public galleries and demonstrates her strength as a watercolourist and leading female artist of the 19th Century. The picturesque landscapes feature Shere, Witley, Haslemere and other rural villages as a subject matter, giving a quaint and interesting view of the area at the time. It also includes some of her early graphic work showing her versatility, alongside studies made in preparation for larger, exquisitely detailed work.

Naming the Money by Lubaina Himid

This exhibition, curated by Lubaina Himid the winner of 2017 Turner Pize, is a powerful collection of works by women artists. Alongside 20 figures from Himid’s installation Naming the Money, she has selected work from the Arts Council Collection. These are collected together in one room, which features Himid’s 1987 series of watercolours ‘Scenes from the life of Toussaint L’Overture’ at its centre. The figures from Naming the Money are positioned in clusters throughout the gallery. Each one is an individual with a profession and life story–they refute and draw attention to the way  Europe’s elite used African men and women as finiancial markers to demonstrate their wealth and power, refusing those people the right to humanity, as well as freedom, under slavery. The full installation has been gifted by Himid to the International Slavery Museum.

Showing at the Walker Art Gallery, Liverpool until 18th March 2018. 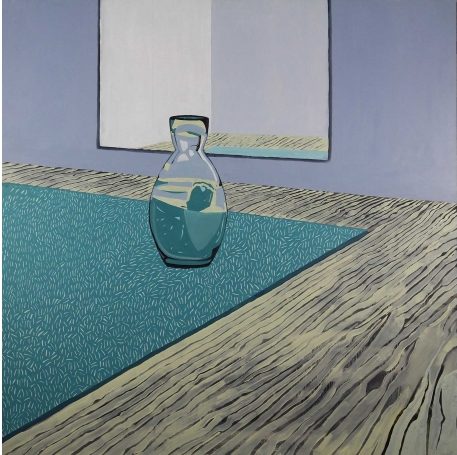 The members of the Federation of British Artists (FBA) have selected from across the country the best art graduates of 2017, this means the exhibition acts as an incrediably gifted degree show as well as a showcase of new painting, sculpture and prints, which demonstrate the skill, style and ideas of the emerging generation of artists. 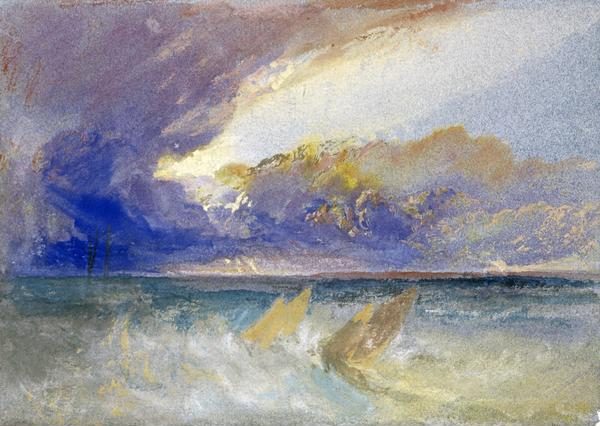 This collection of JMW Turner’s subtle watercolours were given to the National Galleries of Scotland by the well-respected collector Henry Vaughan, on the condition they be shown all together, once a year, free of charge in January. For over 100 years this collection has been shown in this manner. They range from Turner’s early topographical drawings to his sketches that vividly depict the life of continental Europe in the 1830 and 1840s.

On JMW Turner’s piece Sea View, featured above: ‘Two sailing boats tossed around convey the force of the wind and waves. They pale into insignificance, however, beneath the magnificent sky. A break in the dark clouds reveals a brilliant patch of sunlight which illuminates the distant coast. Turner made full use of the blue paper and body-colour to achieve a remarkable intensity of colour. He began to work on blue paper in the mid 1820s and this drawing was probably made around that time.’

Showing at the National Galleries in Scotland until 31st January 2018. 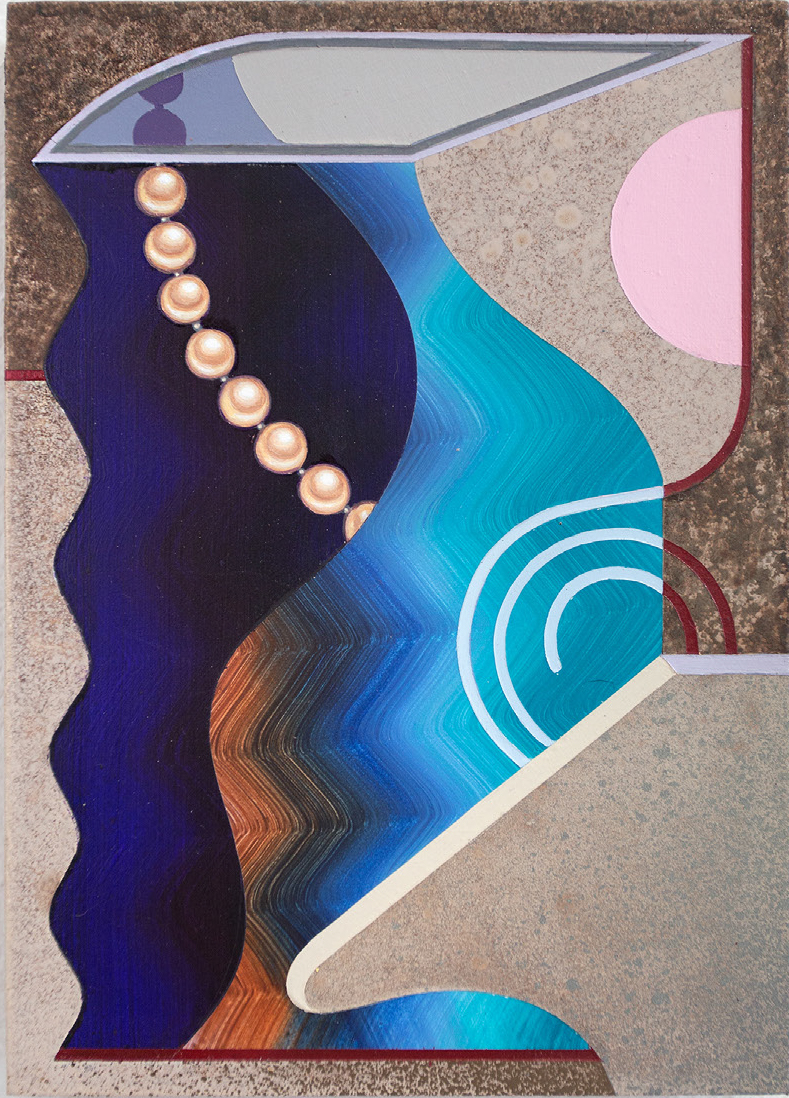 This annual group show aims to explore and put into dialogue ideas, concepts, movements and innovations that are emerging across all media and disciplines in contemporary art. It includes work from artists at any stage of their career and provides a launch pad for solo shows, inclusion in art fairs and publications.

Showing at Beers, London from 12th January until 24th February 2018.

The image featured at the top is: Christian Ruiz Berman, ‘Mirage for Kokochi’ (Illusion of Wealth), Acrylic on Panel, 18x13cm.