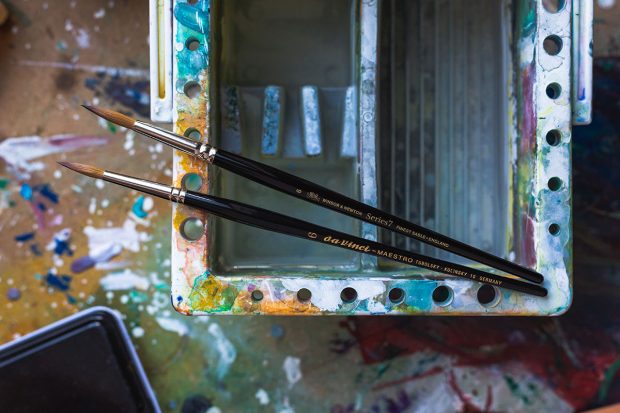 We have been asked this question a few times recently

“Is the Winsor & Newton Series 7 sable watercolour brush worth the high price and how does the Da Vinci Series 10 sable compare?”

We thought we’d ask a skilled watercolour painter to compare the two watercolour brushes and give us an expert answer to this question.

We asked watercolour artist Juliette Losq, who studied Fine Art at Wimbledon College of Art and the Royal Academy Schools, to give us her feedback. She worked on one of her complex layered paintings using both the brushes and has given us her verdict. Juliette painted with the Da Vinci Maestro Tobolsky Kolinsky Red Sable Series 10 and the Winsor & Newton Kolinsky Sable Round Series 7 both in size 6. 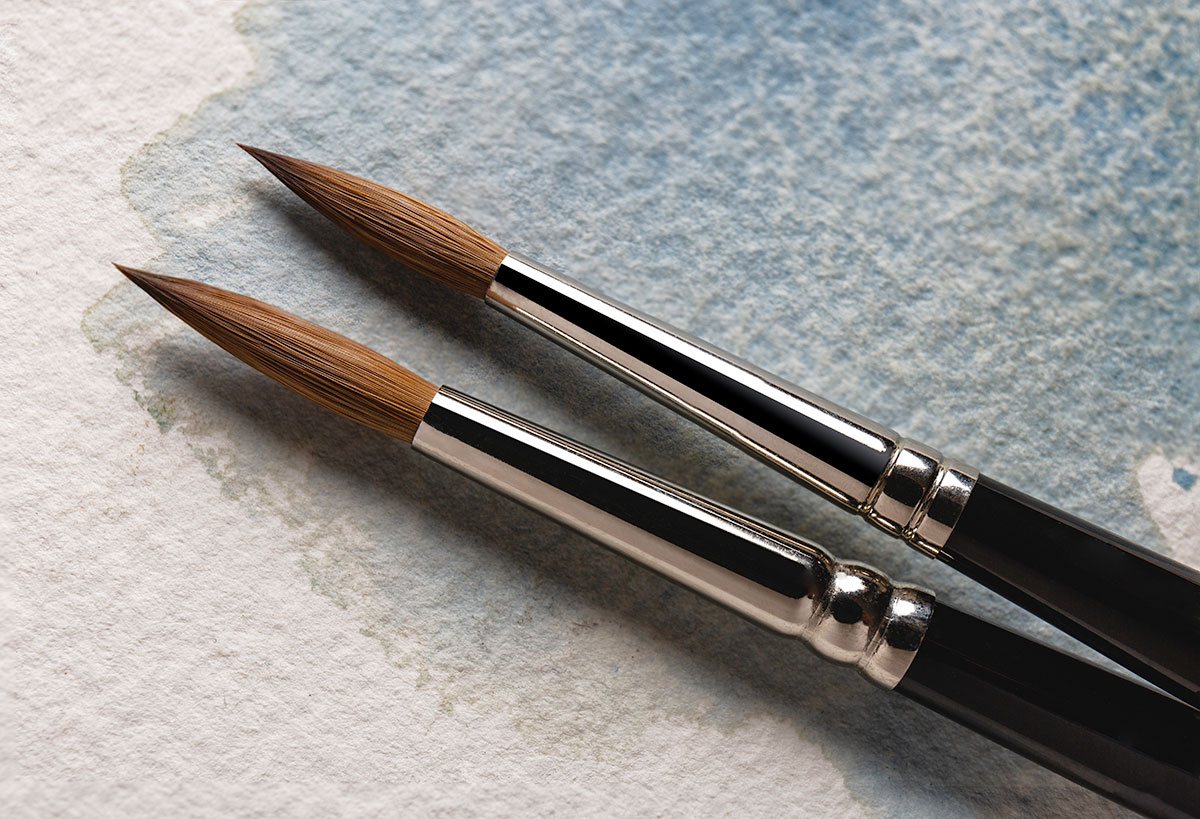 I build my work up in washes, applying layers of masking fluid in between, before gradually adding more tone and detail. In this instance I was working on a monochrome landscape composition using Winsor and Newton Lamp Black watercolour in washes.

At the stage at which I tested the DaVinci Series 10 I had laid down the preliminary washes and two layers of masking fluid, building up limited detail. I wanted to use the brush to create additional tone and achieve further mapping of detail, and it was useful for both. The brush holds a good quantity of water whilst retaining its shape – it handles very smoothly and I was able to use it to create a variety of marks. It came to a good point and could be used for surprisingly fine detail bearing in mind its size. 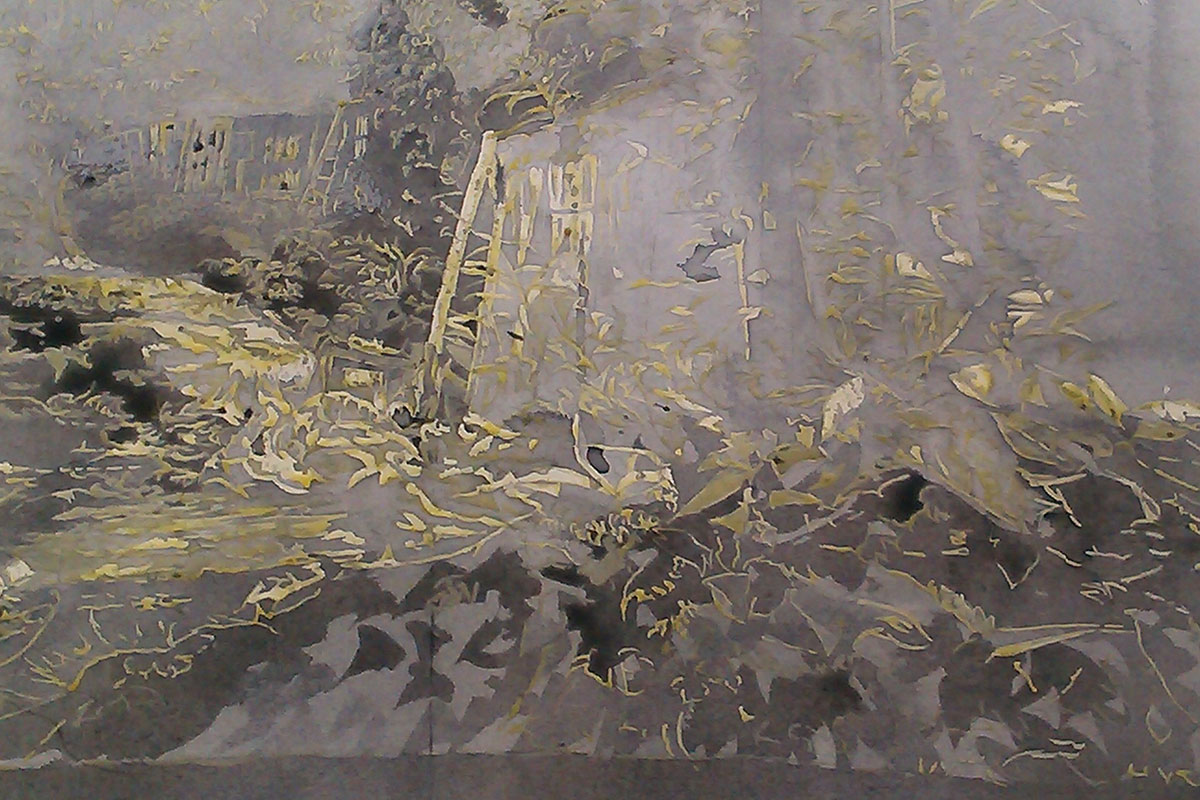 Using the DaVinci brush for intermediary steps of the painting. 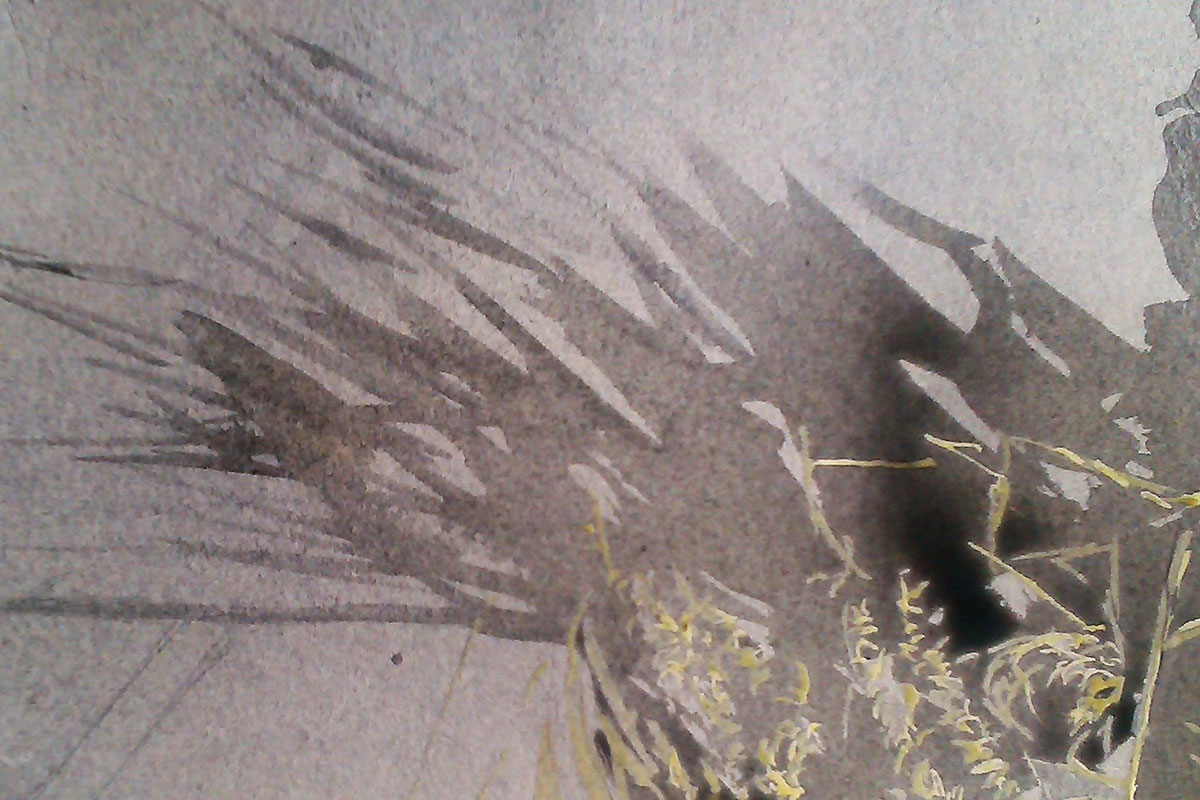 Using the DaVinci brush for intermediary steps of the painting.

The Winsor and Newton Series 7 similarly held its shape well initially, but after the application of a few areas of wash and broader side-based marks, it did lose the shape slightly. The texture of the hair did not glide as smoothly as the DaVinci but did hold slightly more water on balance. Whilst I was not able to achieve the same level of detail for a comparable size of brush I was still able to achieve a variety of marks. 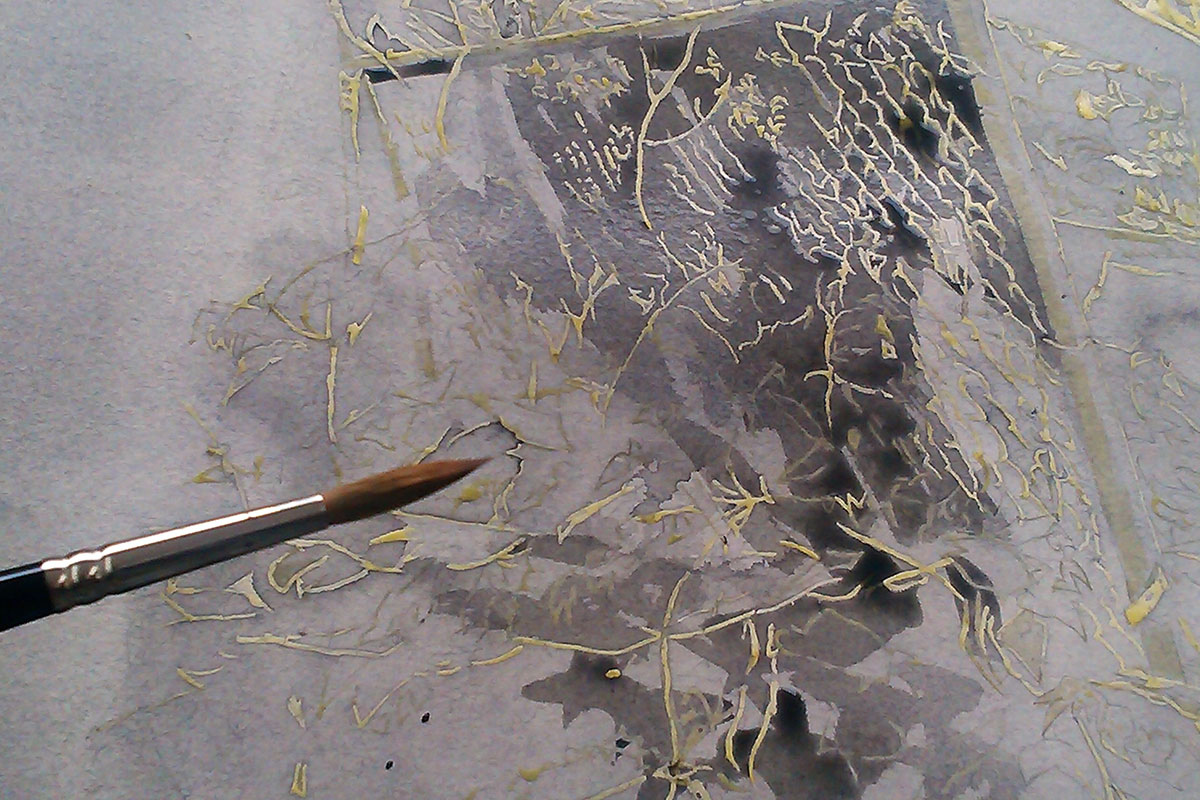 Using the Winsor and Newton Series 7 brush for the next layers.

Both brushes had their merits and were useful at this stage of building up my work, but I found the Davinci to be much smoother with a finer point. 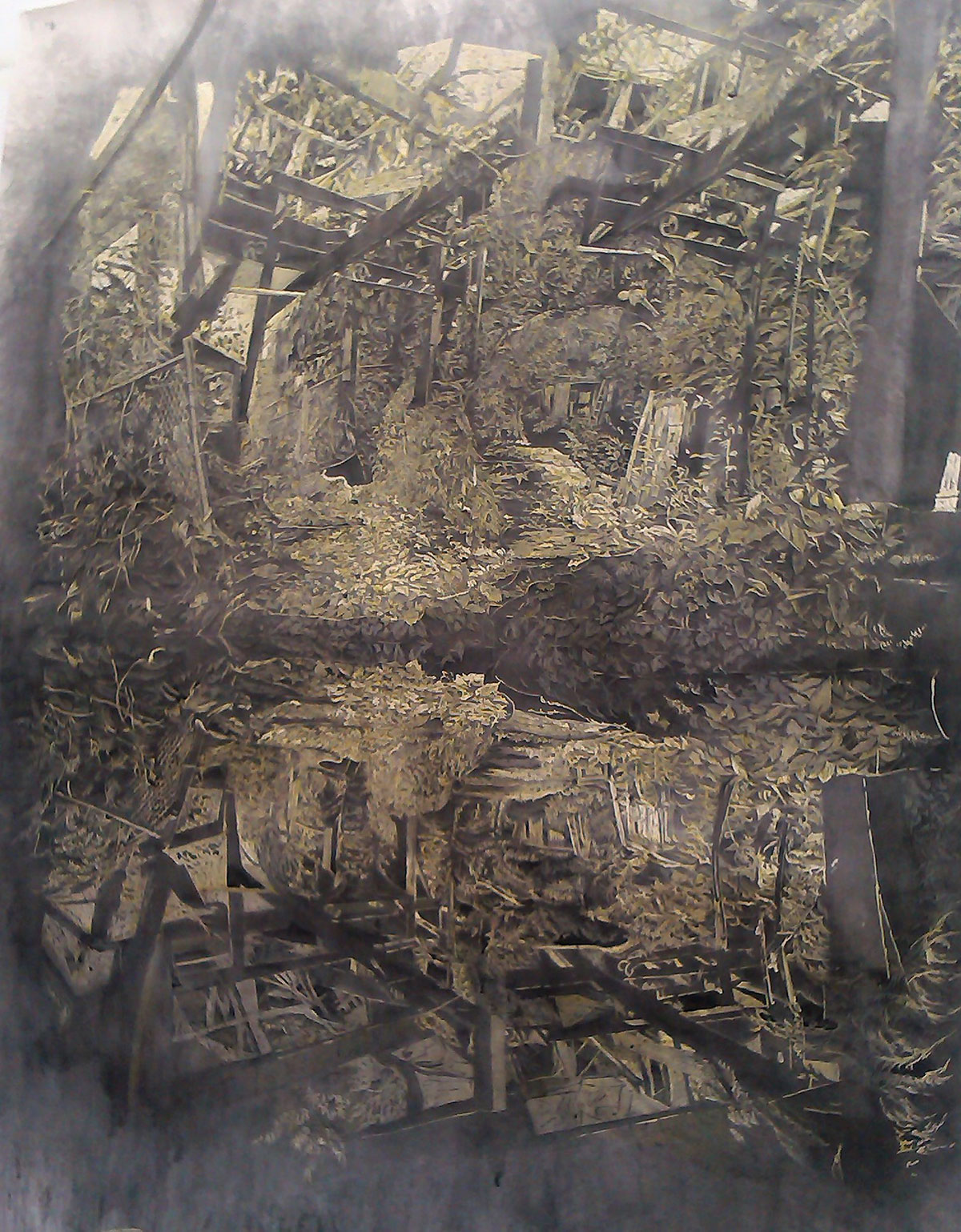 The painting with more layers added, work in progress. 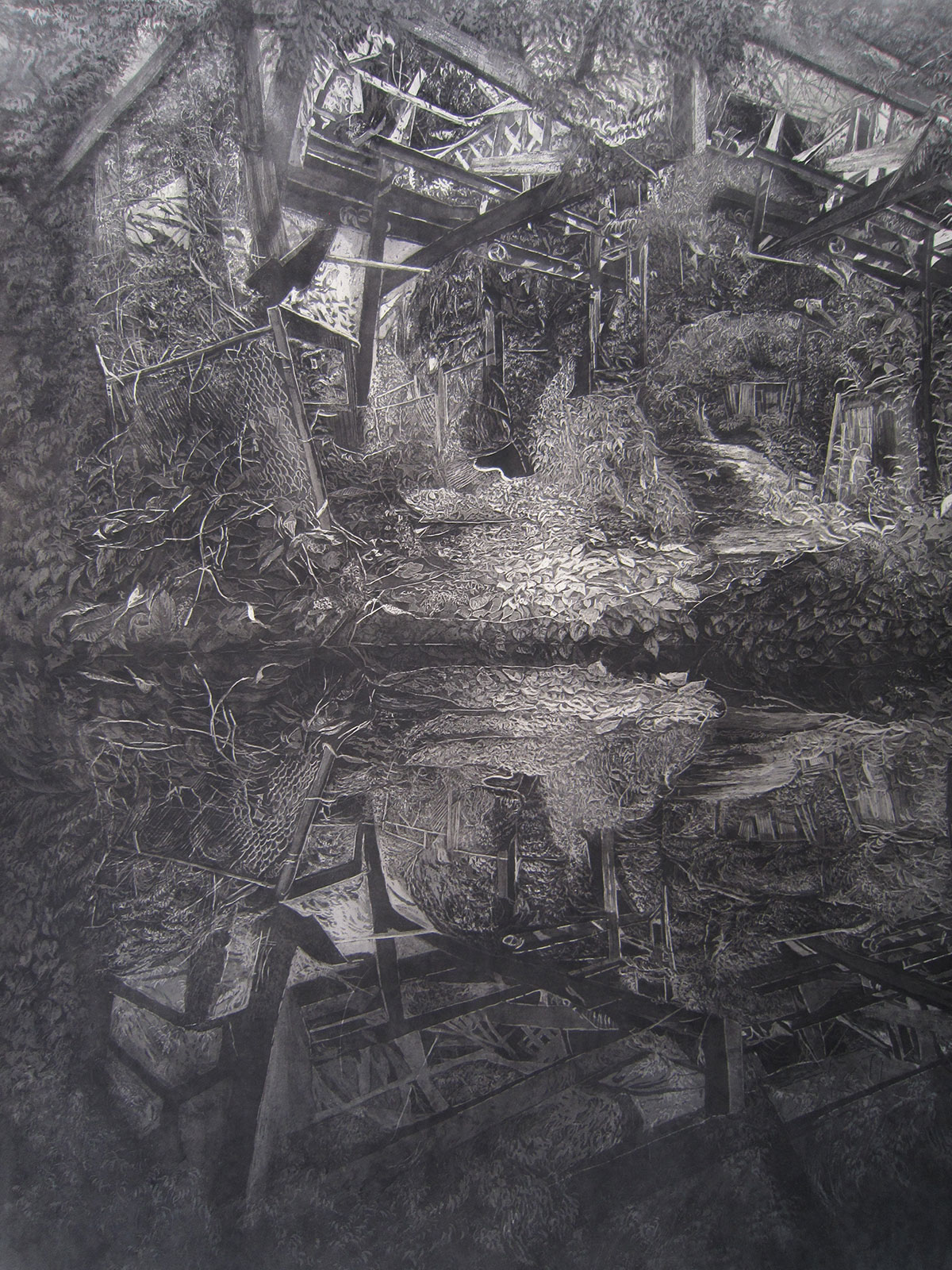 Juliette will be exhibiting in the group exhibition Seen Unseen, June 28 – July 27 at Long and Ryle.

Click on the underlined link to go to the current offers on Watercolour Brushes on the Jackson’s Art Supplies website.

Click on the underlined link to go to the Watercolour Painting Department on the Jackson’s Art Supplies website.

Postage on orders shipped standard to mainland UK addresses is free for orders of £39.