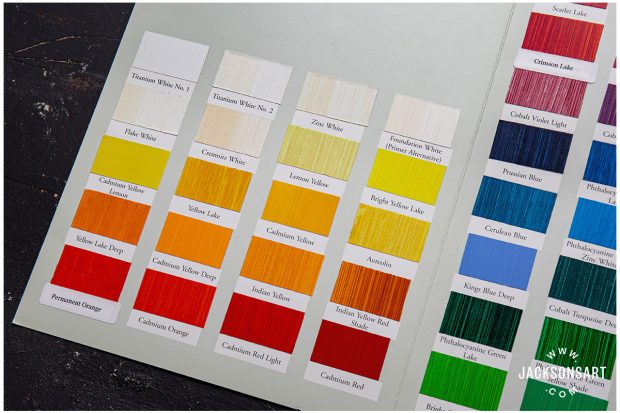 What is Dark Yellowing?

We discovered a hand-painted professional oil colour chart which had been folded in storage for, we estimated, around five years. We found that the white swatches were visibly discoloured, ranging from light cream to yellow. It’s an example of dark yellowing, a reversible discolouration of oil paint that occurs when a painting is stored in the dark or in low-light. The phenomenon can affect oil paints of all qualities, from professional to student ranges and is most evident in white oil paints.

Artists and conservators have known about the phenomenon for centuries. In 1624, Rubens wrote a letter expressing his concern that a painting which was left in a packing case in Antwerp would go yellow in the dark. Rubens thought that this yellowing was caused by a surplus of oil leaching from the drying paint film, and while we know now that his interpretation is incorrect we still don’t know exactly what causes dark yellowing. What we do know is that it affects linseed oil much more than any other oil and that it is most likely to occur while the painting is drying. Of course, oil paints do not “dry” through the evaporation of water from the paint film, in the sense that water-based paints, such as acrylic or watercolour, do. “Drying oils” like linseed oil and safflower oil, are so-called because of their ability to react with oxygen from the air and polymerise into a solid paint film. Even if not much is known about the exact science of dark yellowing, we know that it is a consequence of this process of polymerisation.

Dark yellowing differs from age-related yellowing in that it is temporary and the discolouration should be reversed after exposure to light. To see this for ourselves, we covered half of each swatch and placed the colour chart in natural, but not direct, light. The exposed halves showed signs of losing their yellow hue very quickly and we noticed a change after just a couple of days. After a month, the swatches seemed to have recovered a good amount of their vibrancy, with the exception of Zinc White, which still looked a little warmer than it should be. However, the recovery is ongoing and the swatches will continue to adjust to the new light levels.

In all images, the left-hand side of the swatch shows dark yellowing, while the right-hand side shows the reversal of yellowing from the swatch having been exposed to ambient light for a month. 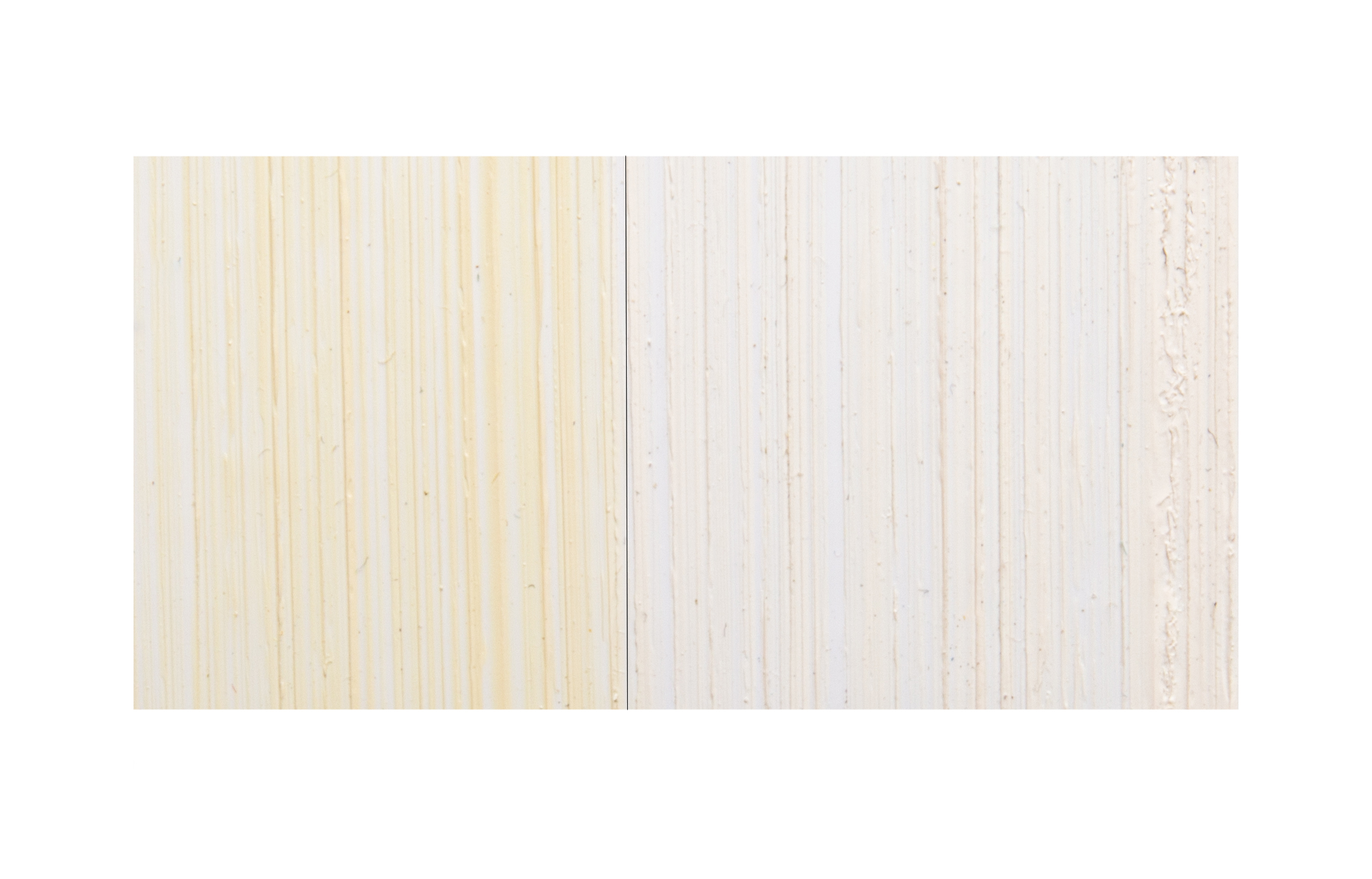 Zinc White in linseed oil, showing dark yellowing on the left-hand side

On our colour chart, paints with a linseed oil binder had yellowed the most as expected, but it was clear that the darkening varied depending on the pigment used- Titanium White with linseed oil had become cream while Zinc White with linseed oil had become a brighter yellow. The difference shows that the transparency of the pigment has an effect on the extent of yellowing- it must be remembered that the discolouration takes place in the binder, not in the pigment that is suspended in it. Zinc white pigment is semi-transparent, allowing the yellowing of the binder to be seen clearly. Titanium White is opaque enough to mask the discolouration of the linseed oil to a large extent and titanium white with safflower oil had barely changed at all, except that it appeared slightly warmer. 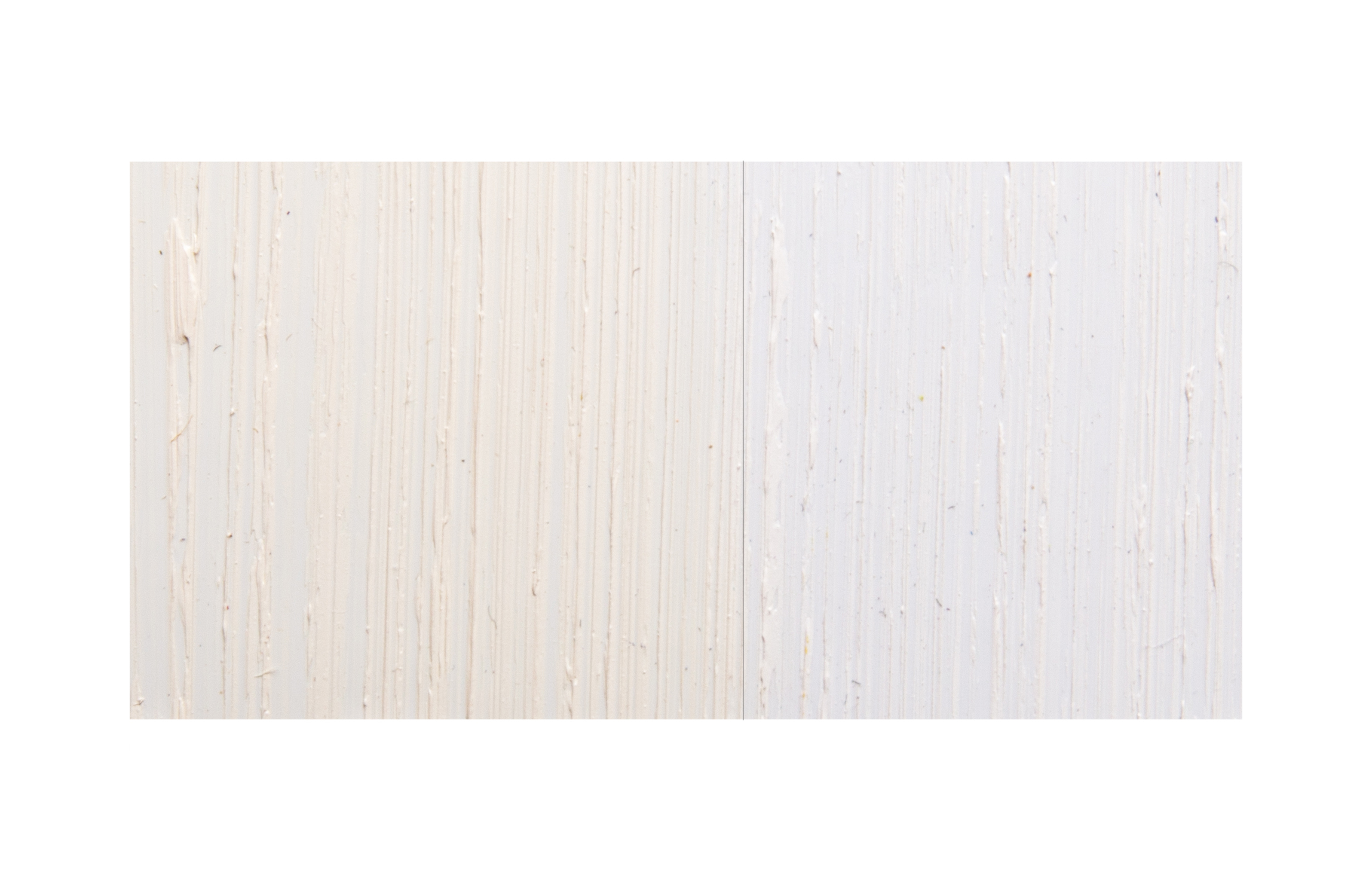 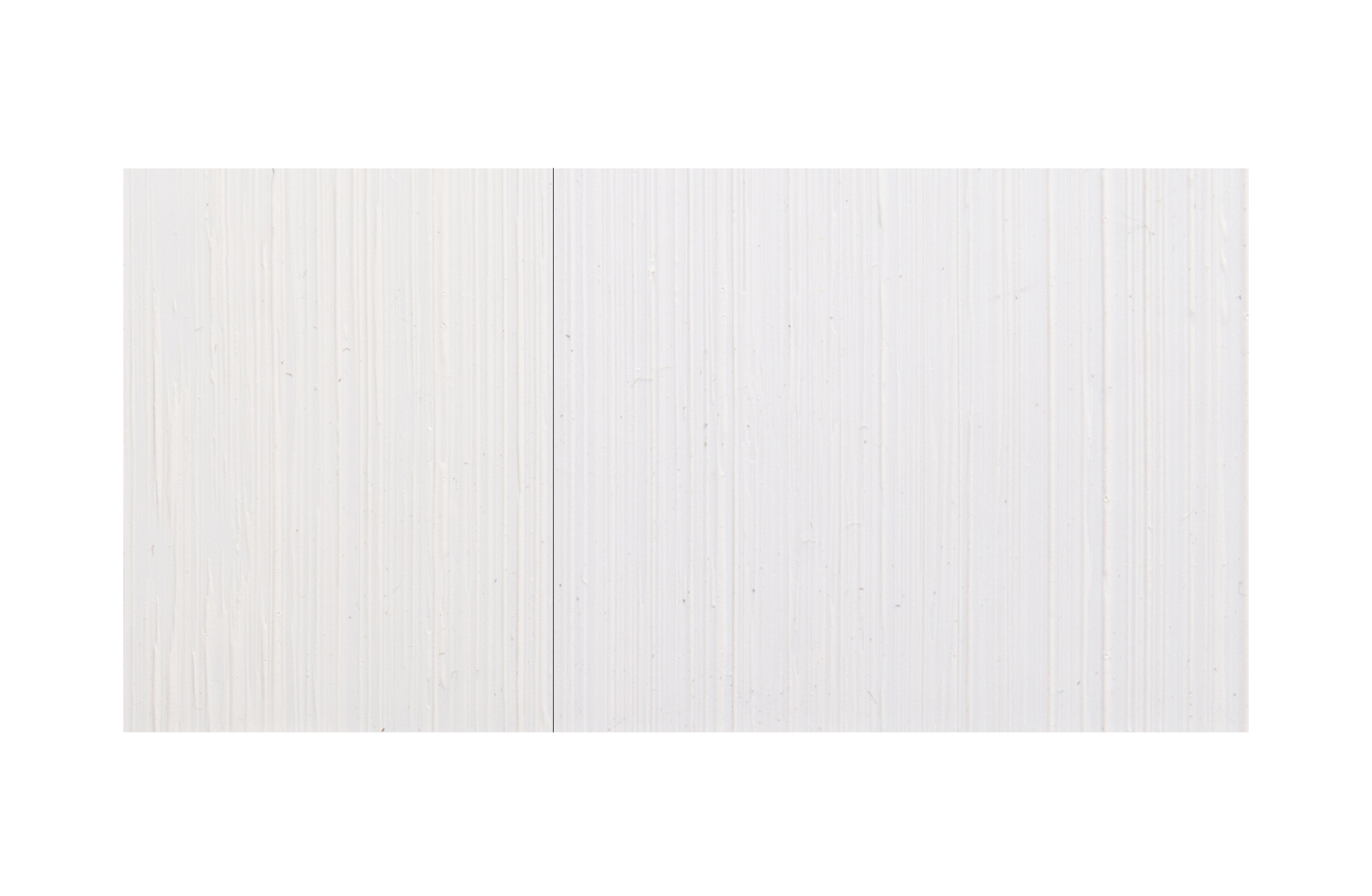 Titanium white with safflower oil, showing a barely perceptible amount of dark yellowing on the left

Although the effects of Dark Yellowing are reversible, it’s preferable to take steps to prevent it- if only to avoid the shock of finding that your painting looks very different to when you left it! While the painting is curing it will go yellow more quickly, so it’s particularly important that the painting is consistently exposed to normal amounts of light during this time. ‘Normal’ light can be ambient daylight as well as artificial light. It can take between six months and a year for a painting to cure but even after this time it is advisable to avoid storing paintings in the dark. Surfaces prepared with an oil-based primer can also be affected by dark yellowing and should receive adequate light.

If dark yellowing has occurred, resist the temptation to put a painting in direct sunlight as it could cause fading in some pigments. Our advice is to give the painting the time it needs to adjust to normal lighting conditions.

Golden’s extensive research on dark yellowing was very helpful in the writing of this post. I highly recommend their blog post on the subject.