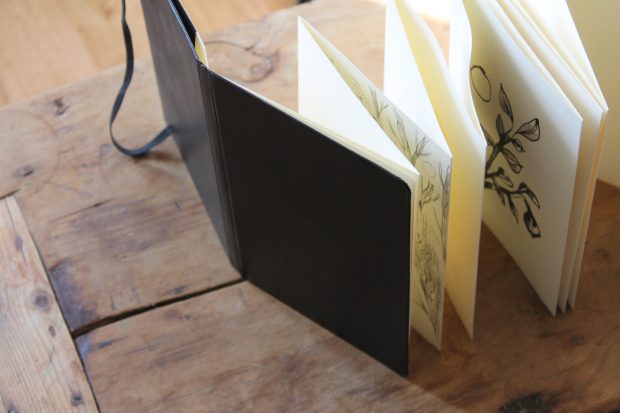 As a comic artist I love the potential of the concertina sketchbook – the ability to continue on indeterminably without the interruption of a page turn is a unique one. A keen observational sketchbook keeper, the opportunities due to this factor also appealed to me.

To test the Moleskine concertina sketchbook I used their 13 x 21 cm 48-page version from their Art Collection range, also titled as a Japanese Album. Thread bound with a cardboard cover and rounded corners in classic Moleskine fashion, this sketchbook is also available in a smaller 9 x 14 cm 60-page version. 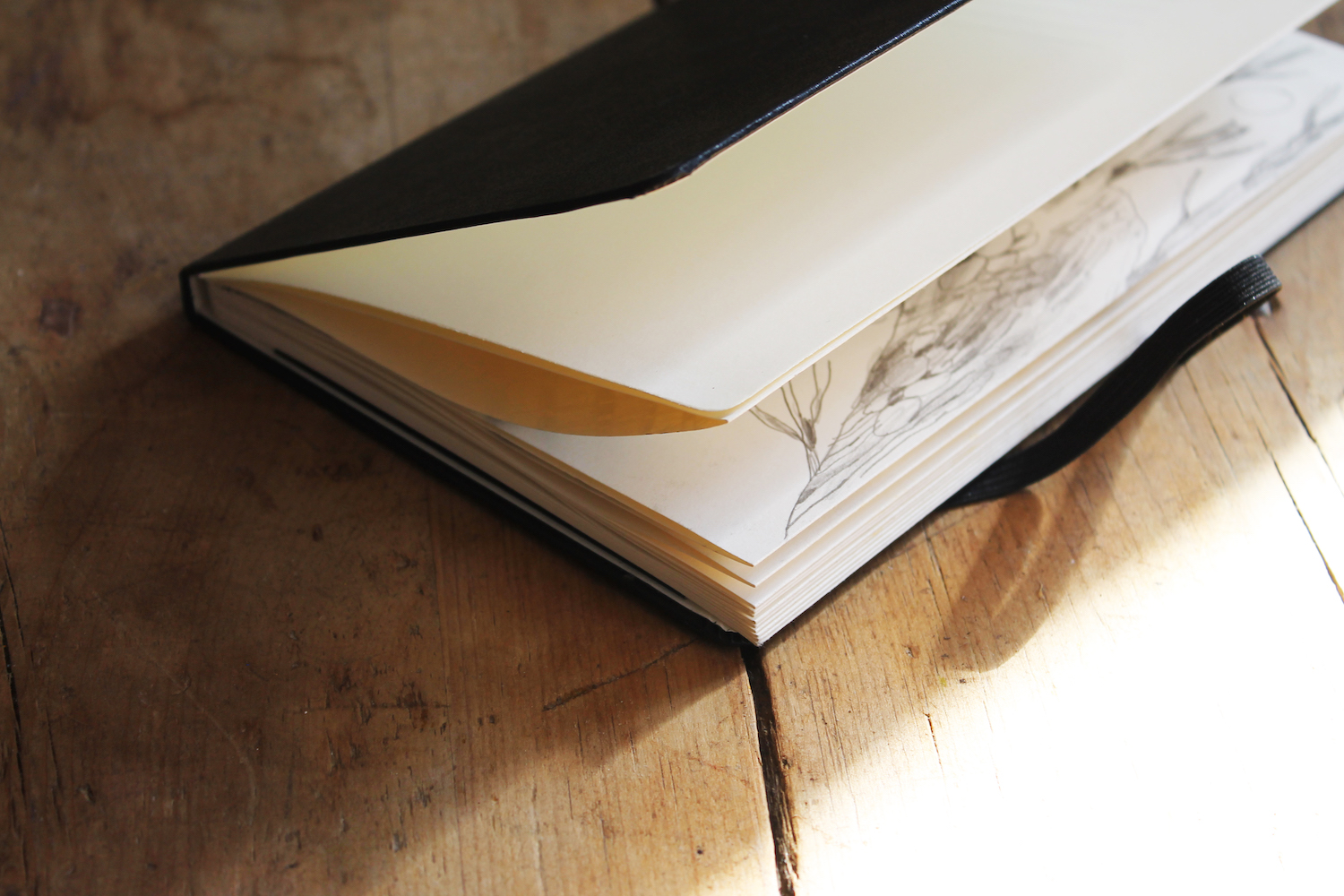 I decided to focus primarily on the properties of the paper, testing out a variety of mediums to see what suited best.

Graphite sits beautifully on this paper – the grain is incredibly fine, and smooth to an extent that even lighter H pencils are picked up very well. The smoothness of the paper also helps highlight the range of marks and shading used. This is shown in the drawing below, done only using a HB 0/7 mechanical pencil. 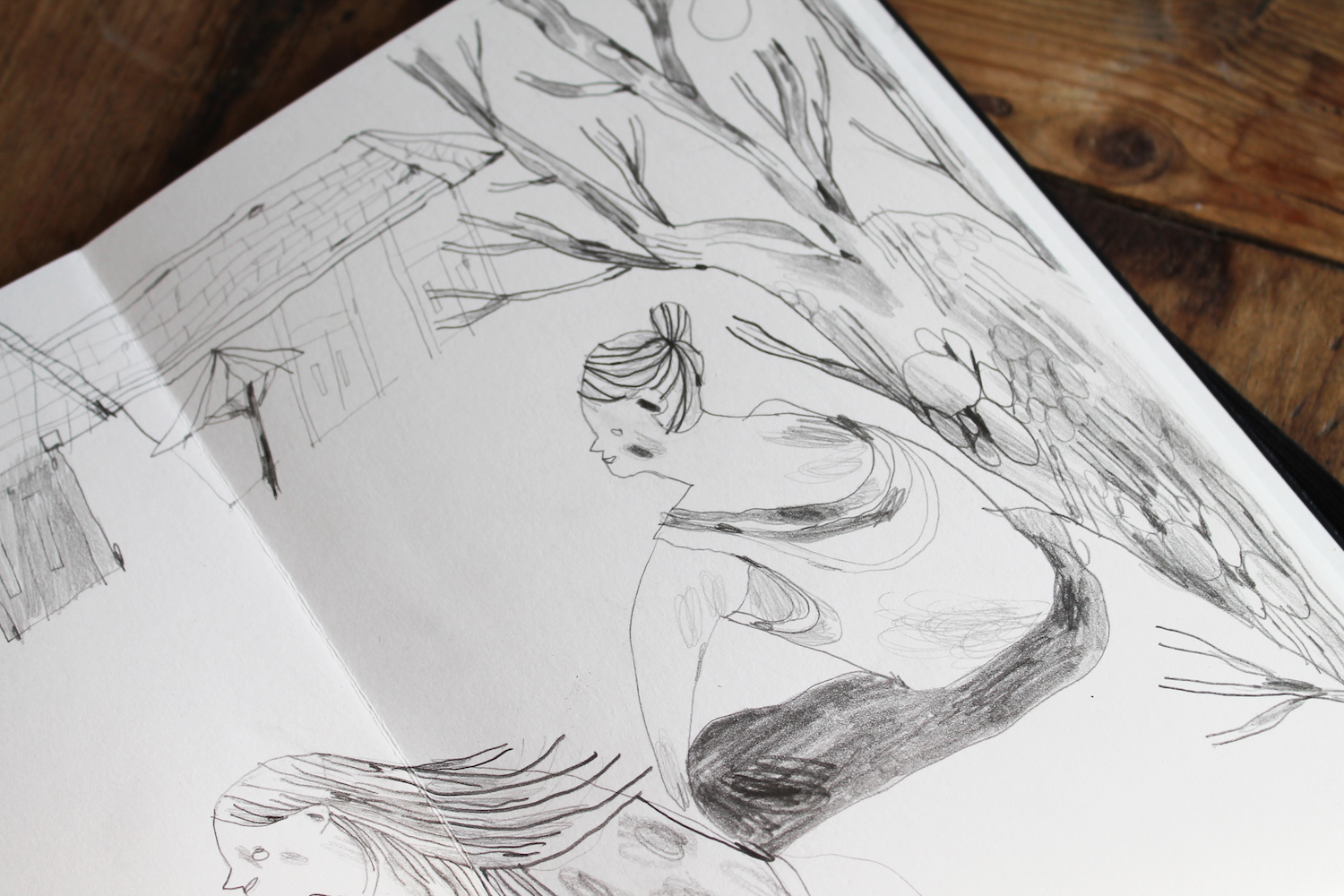 As demonstrated in this next image, the paper really picked up the contrast between a 0.5 HB and a heavy-handed 8B. 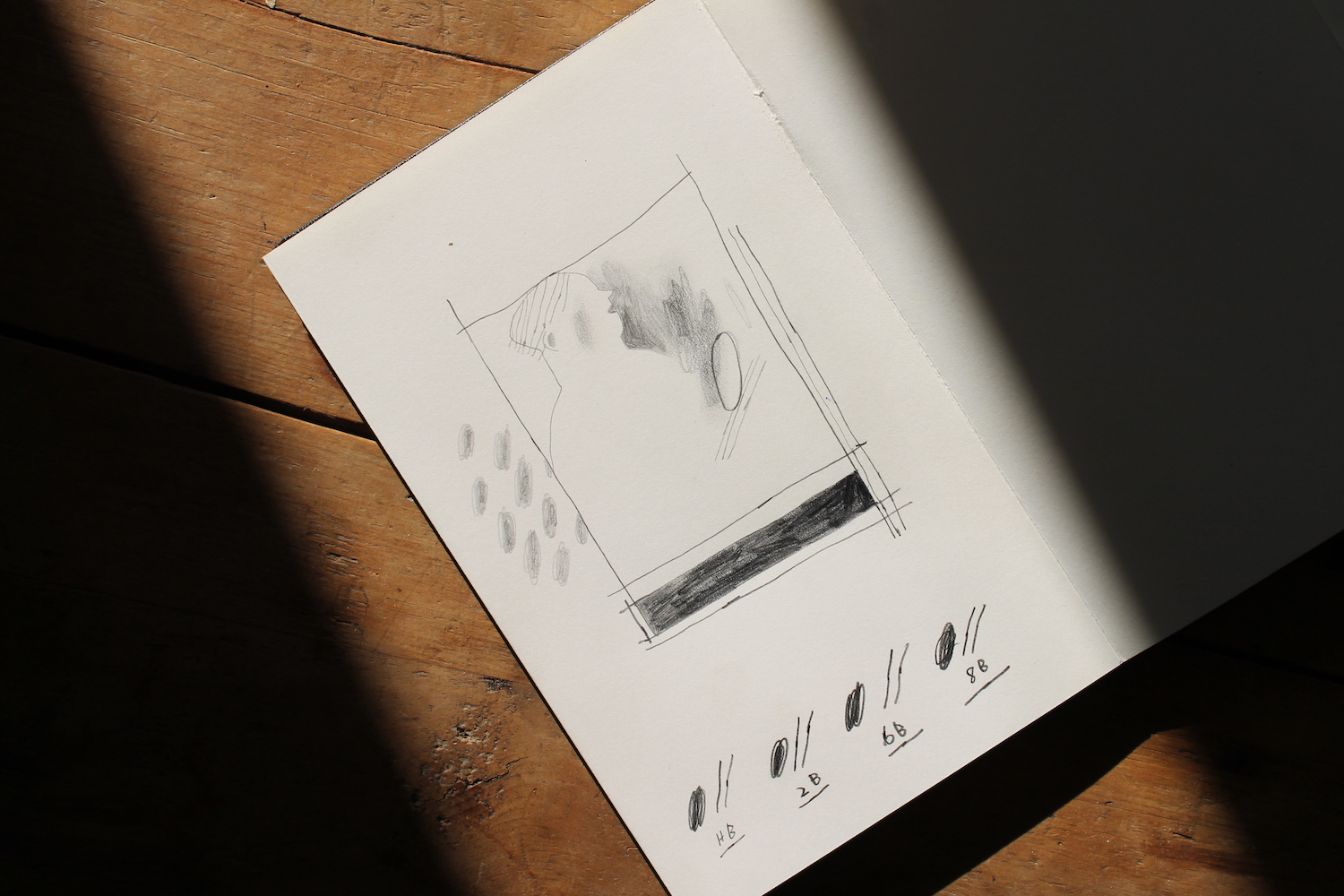 Jackson’s Indian ink worked surprisingly well, as due to the paper’s smoothness and relative thinness I was expecting a high level of pilling or warping. As you can see the ink sits rather well on the sketchbook’s surface, despite the slight waved warp due to the larger painted area on the left.

It would definitely not stand up to heavy watercolour or even gouache usage, but it’s a good fit if you’re only painting with light amounts of water or in small sections. 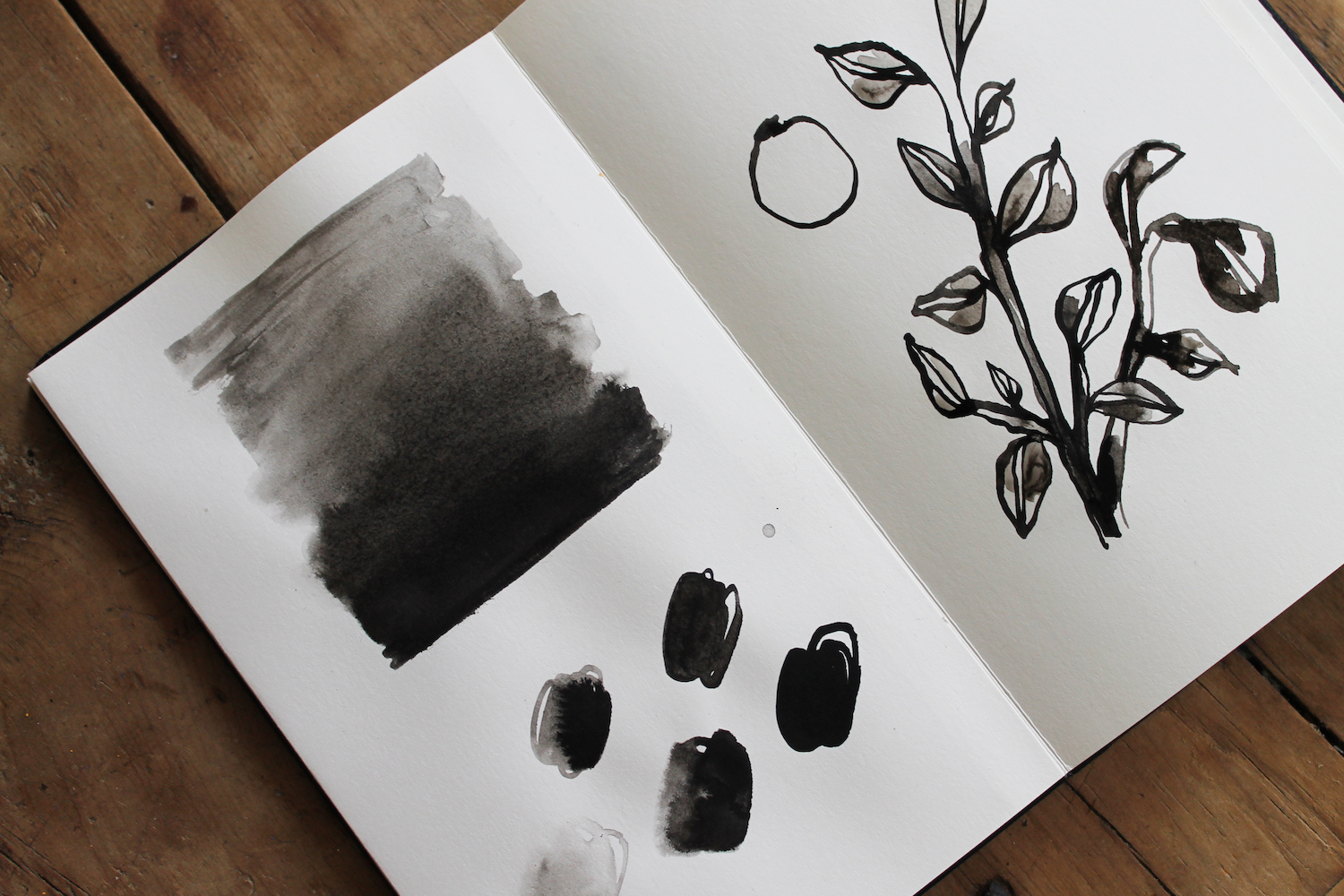 Next I was interested in how the sketchbook would take colour and delicate tools such as pastels and buildable crayons. 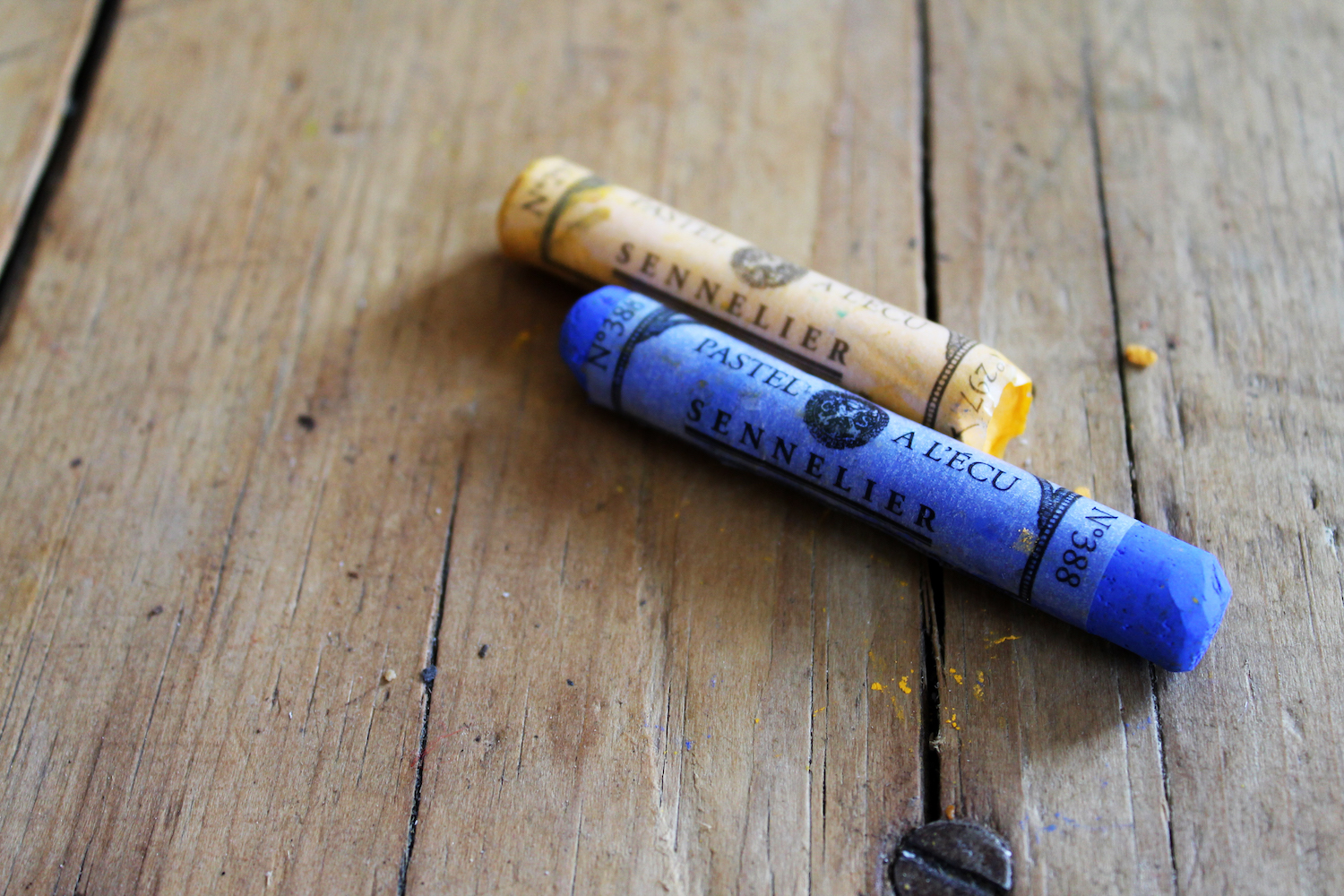 Below are two patch tests from Sennelier’s extra soft pastel range à l’écu, in 388 (the blue), and 297 (the yellow). Once again the smooth paper greatly benefited these pastels, where there was a very smooth stroke that picked up very little paper grain texture. Despite smudging well, after being sealed with a fixative the opposite page still picked up a fair amount of product after a little amount of time.

Due to the concertina pages also only being fixed to the very backboard of the sketchbook there can be quite a lot of movement as the pages rub together if the elastic band is not properly secured, adding to the potential for smudging etc. 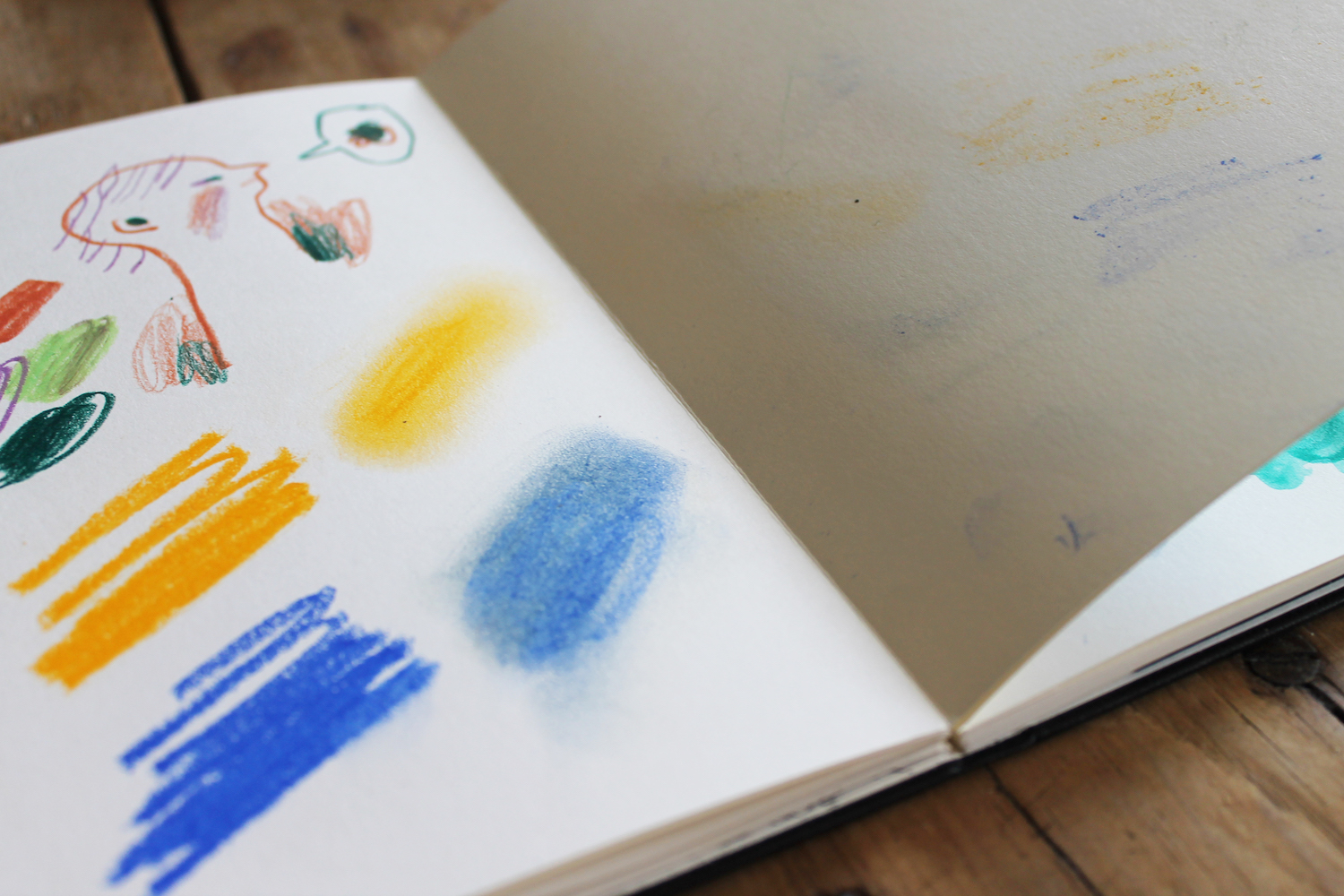 You can also see here some tests I did with Caran d’Ache’s Neocolour II watercolour crayons, where I believe the paper demonstrated the highly pigmented colour of very well. Once again the paper’s smoothness also picked up the lightest of marks from these crayons. 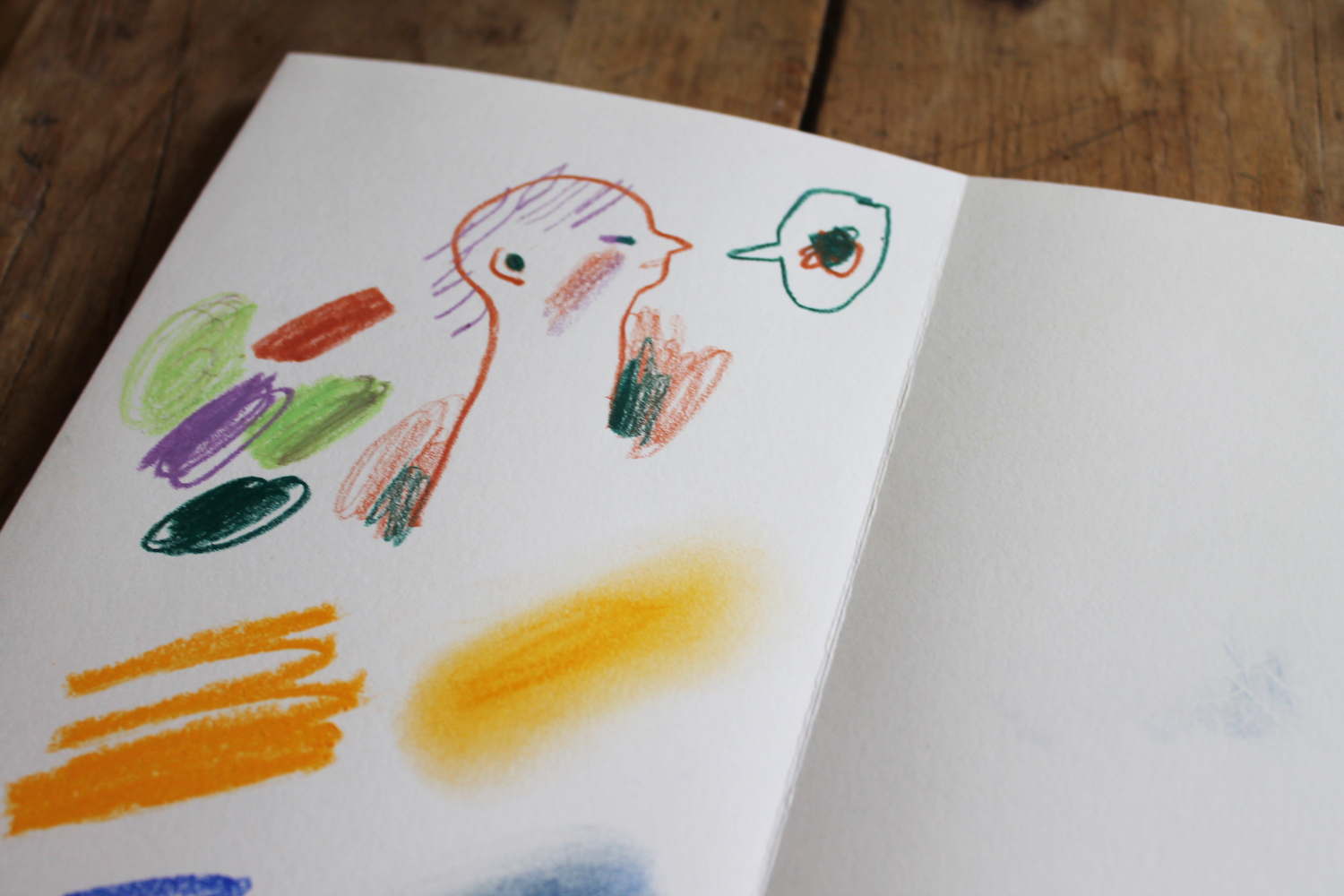 I was also interested in how this paper would pick up a more waxy substance, and tested some of Stabilo’s Woody 3 in 1s (the three functions being a colouring pencil, wax crayon, and watercolour).

The sketchbook suited the wax crayon function of the Woodys the most, bringing out their strong pigment with only a slight amount of wax buildup. When diluted into watercolours the paper again showed a slight predetermination to warp, if only in a minor way. 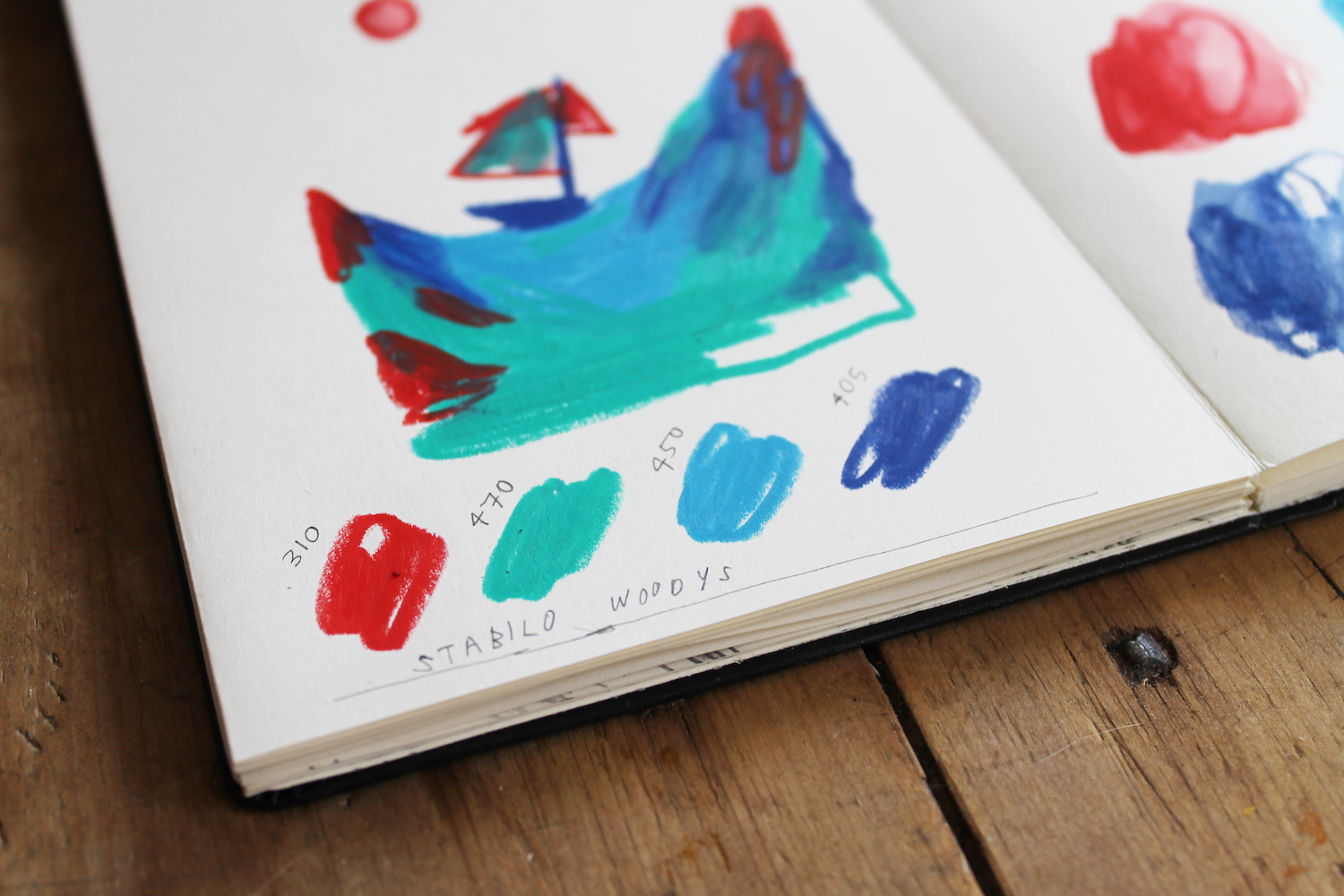 Overall I would definitely recommend this concertina-style for outside observational drawings. You can easily work on each individual page outside whilst unfurling to see the bigger scene of what you’ve worked on, making it not much more impractical than a regular sketchbook.

As mentioned there is some degree of movement where the pages will rub against each other when the book is not secured by the elastic band, but not enough to affect much more than delicate pastels.

Unfortunately the glue was clearly delicate and slightly unsticking in one section of the book where the pages were connected together, but this was more of an aesthetic fault than a truly structural one.

Personally I believe the smoothness of the paper is of most benefit to anyone who prefers to use graphite or coloured crayons, as opposed to any paint based artist.

You can view all the products mentioned in this review below:

Peony Gent is a freelance illustrator and also works at the illustration publishers Nobrow. Her most recent project is a comic in an anthology by Kuš Comics called Plant Power. She is currently working on a selection of editorial illustrations for a French literary journal called Allume-Feu. She is also doing some work for the French pavilion for the XII Architecture Biennale in São Paulo.

Visit her website and her Instagram @peony__ to see more of her work and to find out about her practice. 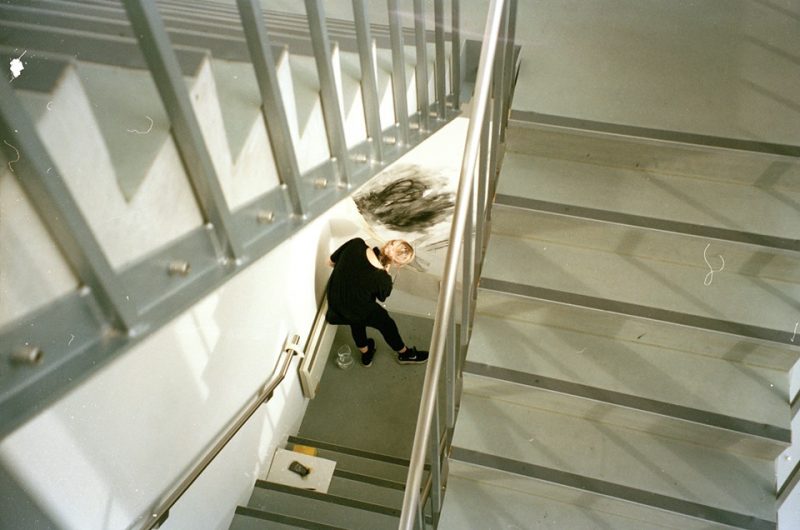 Daniel writes and commissions features, as well as interviewing artists. With a background in photography and painting, he’s interested in how artists make and exhibit their work. Daniel studied at the University of London, specialising in Literature, History and Art.