EXHIBITION ON SCREEN is a new innovative genre of cinema that brings major art exhibitions to cinemas worldwide. During the rise in popularity of “events cinema” (theatre, dance and music performances screened in local cinemas), Phil Grabsky and his company Seventh Art started a series of feature-length films. Each one is on a major art exhibition or artist allowing greater access to these exhibitions and for viewers to find out about the artists and galleries behind them. Ahead of their new film ‘Leonardo: The Works’, Director Phil Grabsky spoke to us about the project and what goes into it.

Tegen: How did you initially come up with EXHIBITION ON SCREEN as a project and what were your intentions when creating it?

Phil: I had been making art documentaries for television channels for some years before EXHIBITION ON SCREEN. We grew to become the world’s leading independent producer of art films for TV. But new technologies quickly created an opportunity to create a new genre for art documentaries in the cinema. Event cinema had brought opera, ballet and theatre but I saw the opportunity for art. We want people to go to their local or national galleries but we can offer something really special in the cinema – a landmark exhibition that you may have missed, behind-the-scenes access that you won’t get, and a full cinematic biography of an artist or artistic period. We want to make cinema films for those millions who have already discovered the marvellous art and extraordinary life-stories of the great artists and the many millions more who we hope to encourage into the cinemas for the first time. We know that once you’ve seen one EXHIBITION ON SCREEN you’ll come back for more. The technology is such that now, for the first time ever, we can show you paintings in ultra HD detail but more than that we can entertain and inform you with gripping biographies, exclusive behind-the-scenes access and gorgeously filmed exclusive access to the biggest exhibitions in the world.

Tegen: When you go about starting a new documentary to add to the series, how do you select the exhibition, artist and the angle of the documentary? Do you have a template for them or is each one uniquely led?

Phil: We’ve made many, many films now – each one about a fantastically interesting artist or artistic period or indeed institution. I love finding out about both those artists I know well and those I know less well. We look a long way ahead to see what exhibitions are coming – worldwide – plus galleries now call us to tell us what they are planning – and we discuss if it has a strong enough story to allow us to make a good documentary about the artist but also the artistic period they represent. Each season we release 4 films. And each film is so full of fresh, revealing, gorgeous material that I never for a second get bored. Our audiences around the world also play a role – they email us or contact us through our Facebook & other social media sites and give us ideas of who they’d like to see featured too. Our audiences wish to be entertained – cinemas are homes of great stories and we must always remember that the key themes in every single one of our films are the ability to entertain, amaze and inform.

Naturally, there are other important themes too – a particular passion of mine is the exploration of what exactly makes certain individuals so talented creatively. That means we have to explore the historical context, the economic context, the parents, the family, the friends – it’s always a wonderful and complex detective story. Why Claude Monet and why then? Why Antonio Canaletto and why then? People are naturally intelligent but often uninformed – so let’s explore what we may not know: why is Van Gogh considered a great artist? Why Hockney, Vermeer and so on? It’s not enough to show what happened – you have to explore why it happened.

Tegen: Could you give us some insight into what goes into creating an EXHIBITION ON SCREEN documentary?

Phil: In the first instance, I and my team work tirelessly to keep updated on upcoming exhibitions which could be suitable for an EXHIBITION ON SCREEN. When the exhibitions are chosen, there is a lot of communication with the museum – both by phone and in person. Once the film is underway, then the proper research begins. This is the area that, in my opinion at least, has seen a decline since I started making films. I think it is absolutely essential to know your subject and know not just what the overall story is but what are the sub-texts too? It is unquestionable that sometimes too much fuss is made of 3d or 4K or whatever – none of that will cover a poorly conceived and executed film. It is not enough to just show the paintings on the big screen. Our audiences are smart and want much more than that.

Plus there is so much choice these days that we have to stand out as the film to see that particular day or week. The absolute first points-of-call are the exhibition’s curator, the paintings themselves and any correspondence from the artist. I love spending time in the library – I just hope, with the easy access to the internet, people won’t forget that nothing beats spending time properly researching in a library. Naturally, we keep checking our facts right up until the last day of production. You’d be amazed how much variety there is with the names and dates of paintings, for example.

Tegen: Providing a way for exhibitions to join the growing event cinema scene (where ballet, theatre and opera are screened in cinemas) allows far greater access to them. What have you observed in the transition of artworks from physical objects to digital representations? How concerned are you about the accuracy of representation, particularly of colours, that the digital can provide compared to the physical object?

Phil: Just as artists though the ages have benefited from advances in technology – and you have to research and understand what was happening in those spheres to properly understand the life story of an artist – so we filmmakers have benefited hugely in recent years from the rapid advance in camera technology and cinema technology more generally. Actually in all sorts of technological ways – just imagine how useful the smart phone, the satnav, the laptop, etc are to a filmmaker.

My first film was made on a clockwork camera – and the height of technology was a fax. As for lighting, the issue is no longer the heat of the light as we use ‘cold’ lights – the issue is not knocking them over! But we have been filming in galleries for twenty years without an accident – that’s what we do.

The technology in which we are now able to film is as such that it will feel almost as though you are standing in front of the painting yourselves.

EOS Easter in Art, Phil Grabsky at the Fitzwilliam Museum © EXHIBITION ON SCREEN

Tegen: Also, in a similar vein, would you ever consider editing paintings whose colours have faded or changed in order to present an approximation of how they would’ve looked?

Phil: Only occasionally and to illustrate something being said in narration or by an interviewee. Very few paintings need this kind of artificial enhancement. The one time I did do it was to show what the Venus de Milo would have originally looked like – to our eyes, garishly painted not the pristine white we see today.

Tegen: As you’ve produced several series and documentaries on great artists and co-authored a book on them, would you say there is anything that stands out to you as a common trait of all great painters?

Phil: All great artists – and great composers that we also make films about – share an all-consuming passion to be the best they can be. It is not a quest for fame and fortune: it is a desire to be as good as they can be in their chosen field. That means they wake every day wanting to strive towards being that little bit better by the time they go to bed. Sheer hard work, commitment and curiosity.

Tegen: What’s the most fascinating thing for you about the way Leonardo Da Vinci used art materials?

Phil: I think one always has to think hard about the technologies that artists have to hand – and especially what is new. The most significant development for Leonardo was the arrival of oil paints to Italy (from the north). What Leonardo then does with this new way of painting was quite extraordinary. 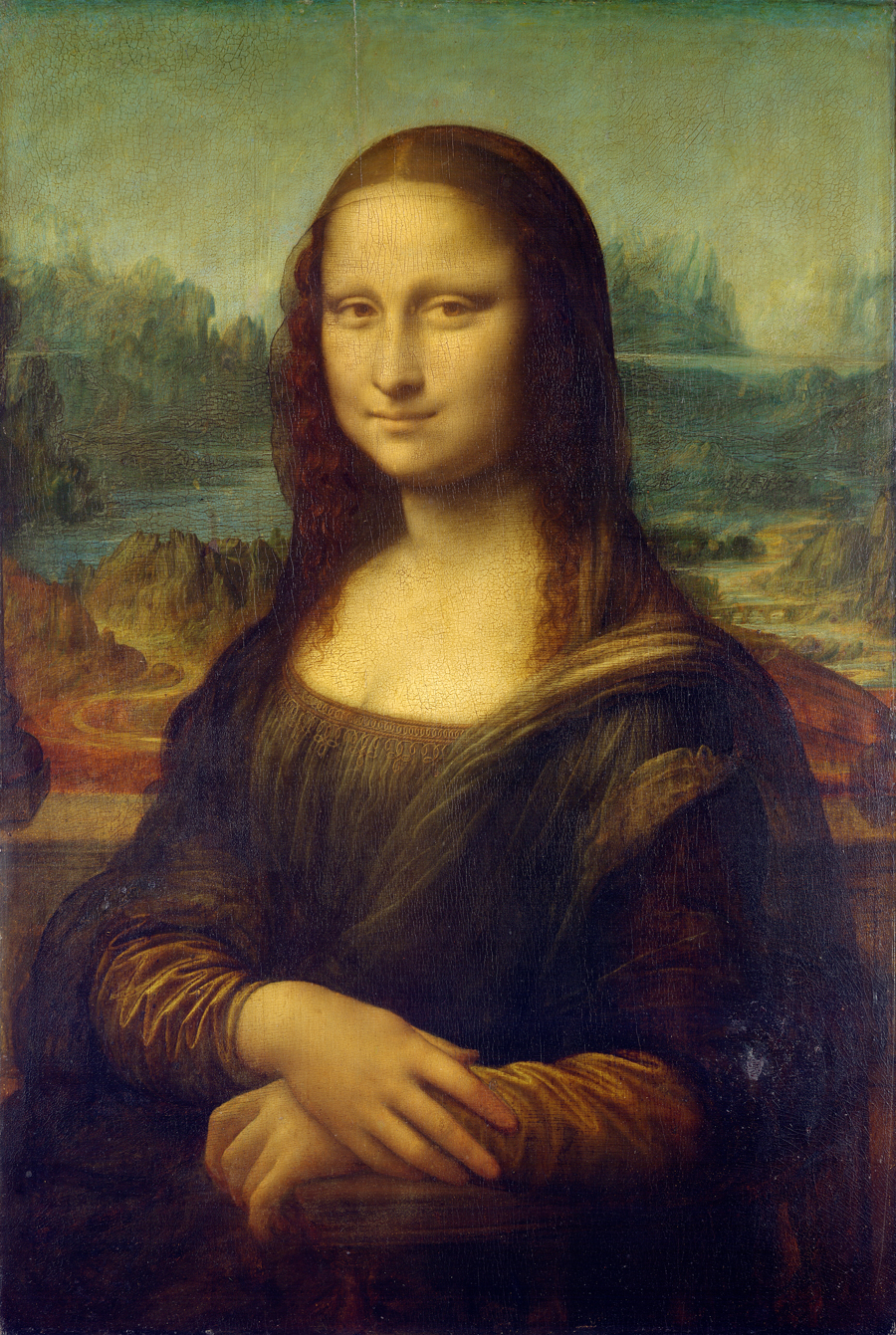 Tegen: I really enjoy your #PaintingOfTheWeek posts, where you provide a commentary on a renowned painting. Do you have a particular methodology of how to look at a piece? Do you have any advice on how to “look” at a painting in order to respond to it?

Phil: The #PaintingOfTheWeek posts have taken me by surprise in terms of how popular they are. It seems lots and lots of people share the interest and enjoyment to look more closely at a painting – but still in manageable bite sizes. My only real advice is to ask questions of what you are looking at and then go in search of the answers. It’s for you to decide whether you like, love, dislike or hate a painting but it does help to try to understand who the artist was and what they were trying to say. There is a reason, though, why the great artists are considered ‘great’.

Tegen: If you had to choose your favourite three painters who would they be and why?

Phil: Every time I make a film I end up thinking ‘now this artist is the greatest of all’…it has just happened with Leonardo, before that Picasso, Cézanne and Monet. The truth is from cave paintings that are 25,000 years old through the centuries we have been blessed with many great artists – and they deserve our attention. Hopefully, EXHIBITION ON SCREEN is helping them achieve that. 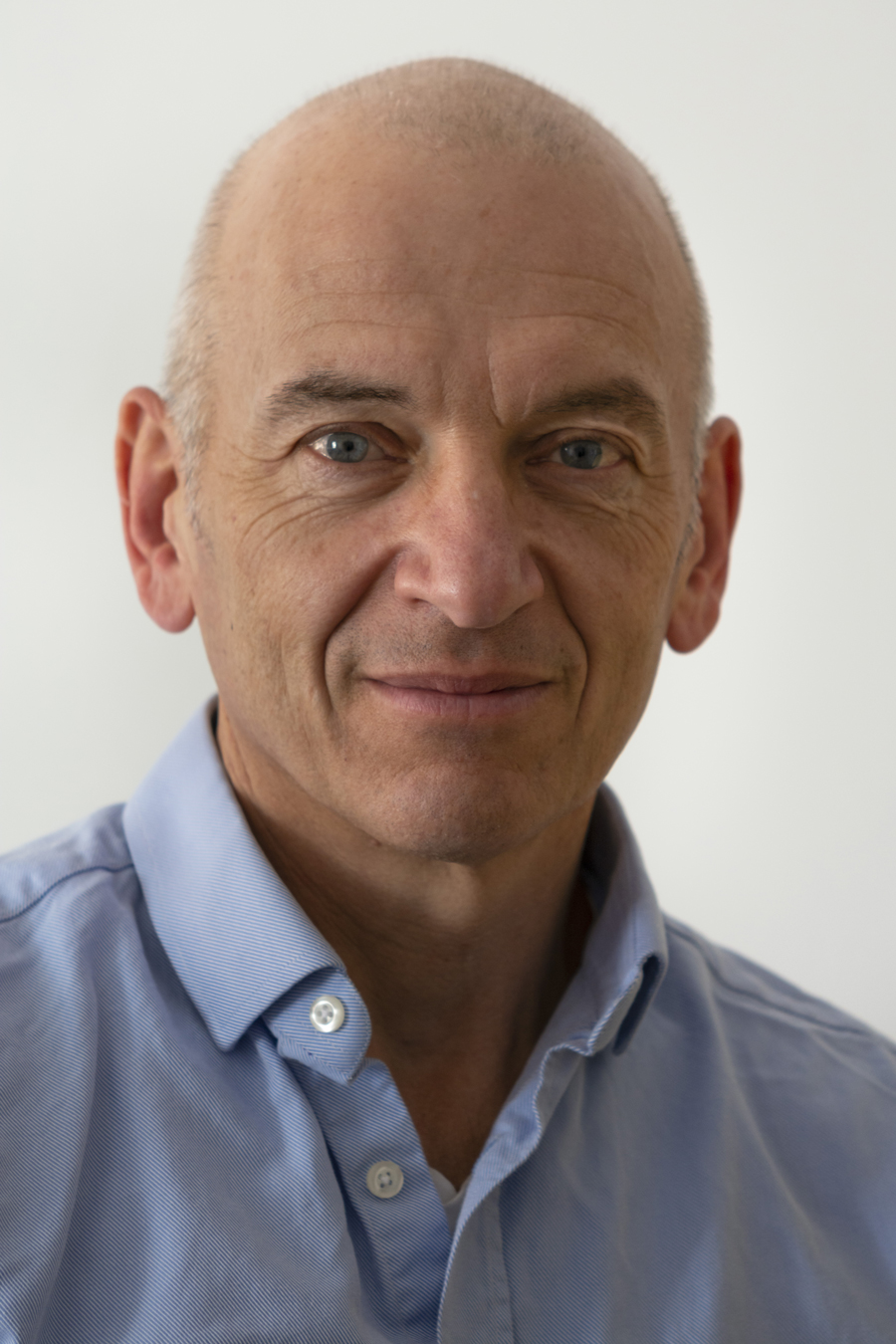 Phil Grabsky is a filmmaker who has won multiple awards for his directing, writing, producing and cinematography.

He and his company Seventh Art Productions are behind cinema films such as Muhammad Ali – Through the Eyes of the World, In Search of Beethoven, In Search of Mozart and The Boy Mir – Ten Years in Afghanistan. Seventh Art has also made six enormously popular history films with Monty Python’s Terry Jones, alongside being the world’s biggest producer of arts film for cinema and TV over the last 20 years.

Phil Grabsky also made the first surround-sound documentary The Lost Temple of Java for the BBC and the world’s first 3D visual arts film, ‘Tim Marlow on British Sculpture at the Royal Academy of Arts’ for Sky Arts 3D.

Phil has also written four history books, including The Great Artists – co-authored with Tim Marlow – and the best-seller The Great Commanders. He is regularly involved as a judge for the Emmys, Bafta, Grierson and One World awards, and has won numerous personal awards himself including Royal Television Society awards for both ‘Best Director’ and ‘Services to Television’, and a Voice of the Listener and Viewer Award for ‘Services to Education.’