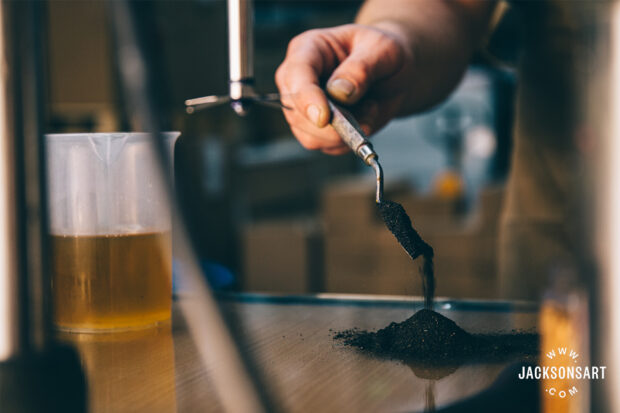 Scorched Earth is a charity exhibition and auction organised by Migrate Art, an arts charity that raises awareness and money for displaced and homeless communities across the globe.

In July 2019, Simon Butler, founder of Migrate Art, visited refugee camps in Iraqi Kurdistan. There, he found that tens of thousands of acres of arable land had been deliberately burned by militia groups, destroying the crops that farmers rely on. In response to this crisis, Simon Butler and his team collected ashes from the burnt fields and brought them back to the Migrate headquarters in London. 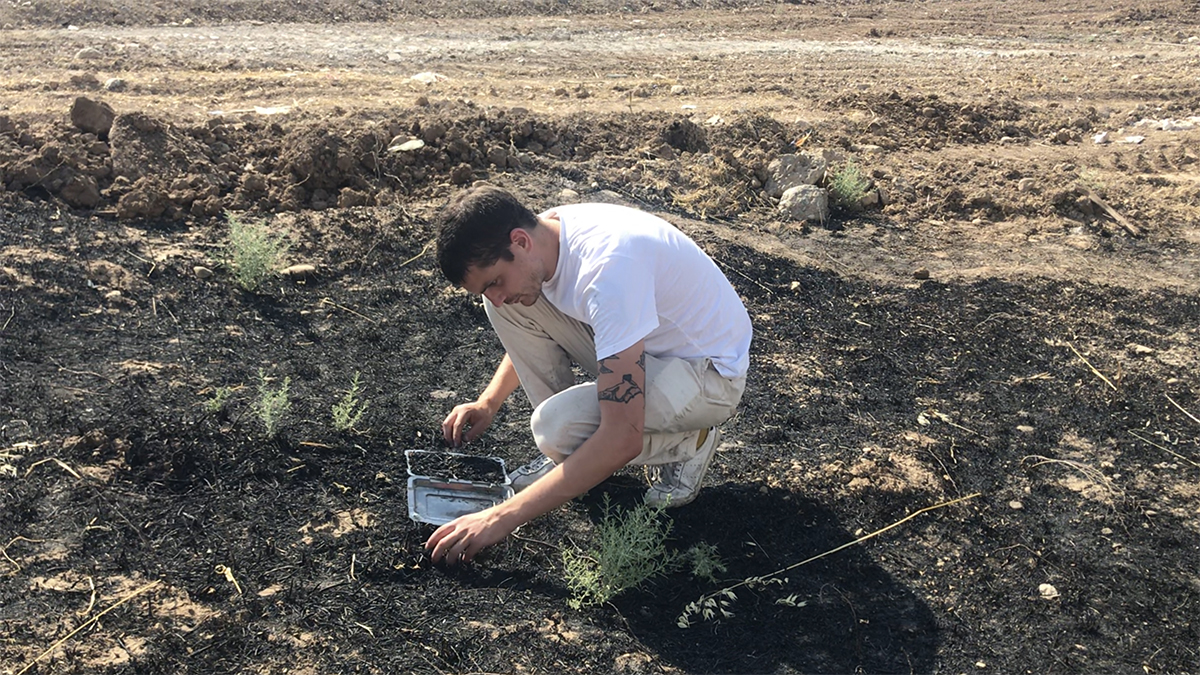 In late 2019, Jackson’s was approached by Migrate Art and asked to produce artist paints using the ash as a pigment. The result is limited edition Scorched Earth oil and acrylic paints, made to the same standards as our artist paint ranges.

‘It has been over a year since I collected ash from the burnt crop fields of Iraqi Kurdistan, and the fires that created this ash are still being ignited across the region. This is just one of the many, many reasons people are currently migrating across the globe in search of safety. It feels like a particularly poignant time to launch this project with so much media rhetoric surrounding refugees crossing the channel. I hope this project will encourage people to think about the reasons people are choosing to make these dangerous journeys.’

When we received the ash, test batches of paint were made by hand before deciding on the final formula.

First, the ash was sifted to remove the coarser particles. This step is also often used in the preparation of natural earth pigments, as smaller, more uniform pigment particles make the grinding process easier, and allows for even pigment dispersion. 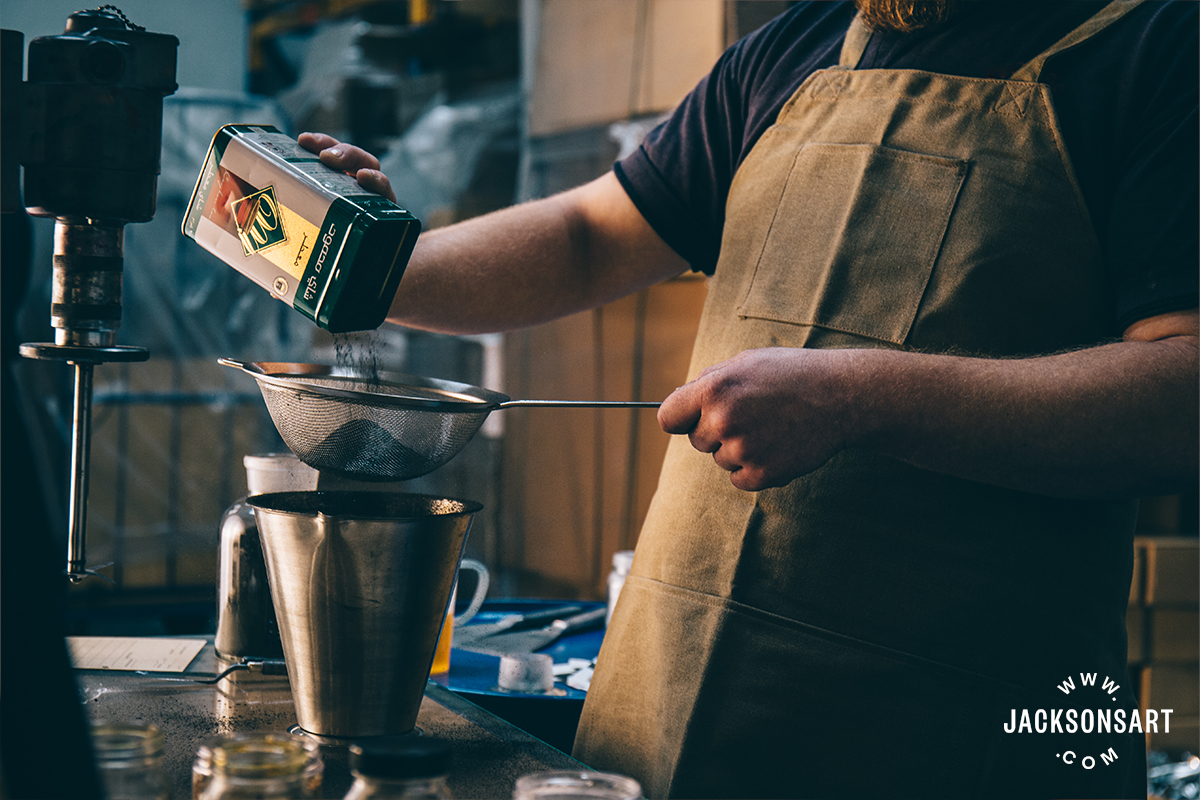 In order to improve the durability of the paint, the ash was mixed with a black carbon-based pigment (PBk9). It was chosen to match the handling properties, such as drying time and opacity, of the ash. 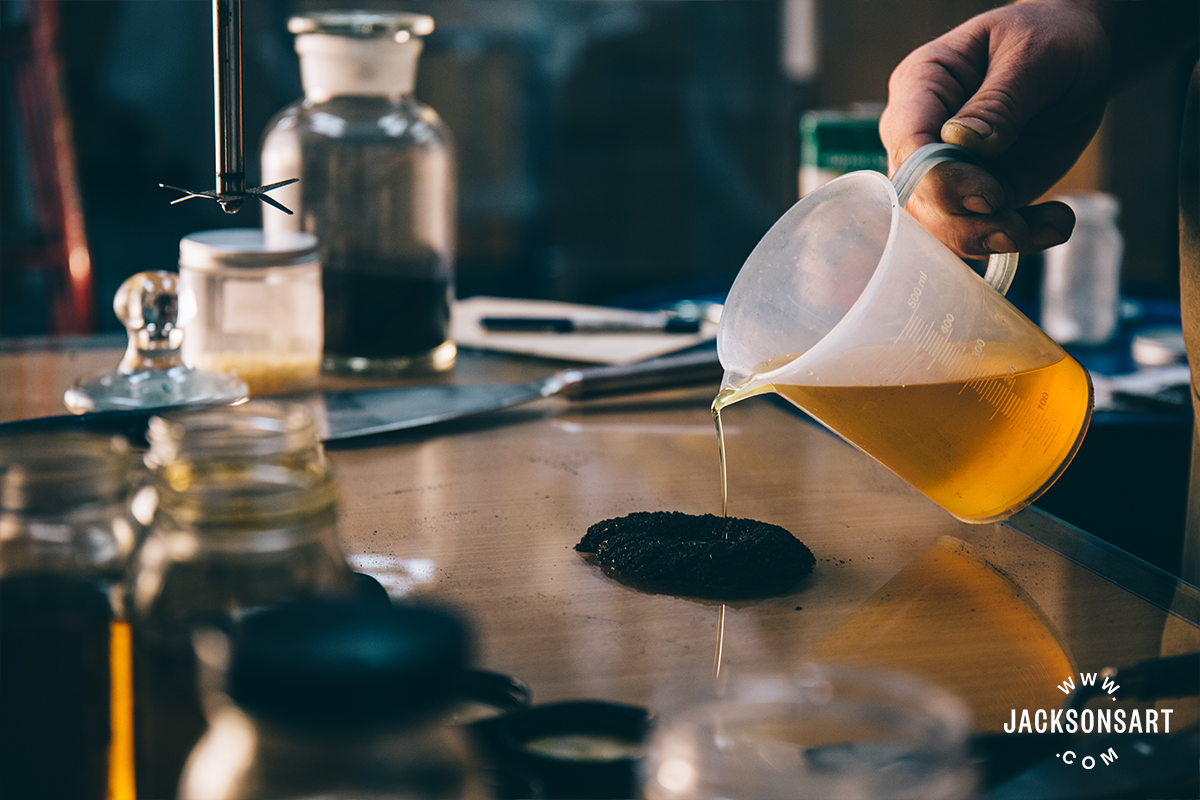 Filtered and refined linseed oil was used to bind the Scorched Earth pigment. It was ground into the linseed oil binder by hand using a muller. 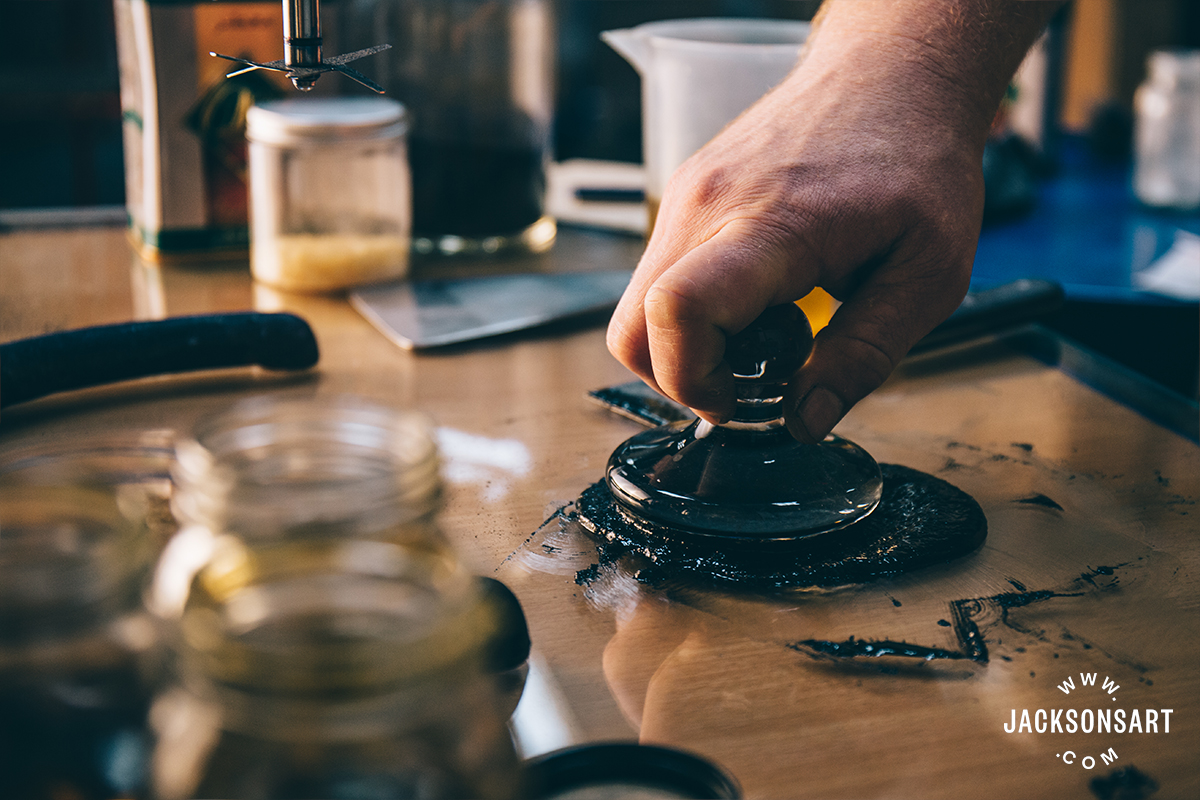 When we were happy with the test swatches, the final batch of paint was triple milled using the artists’ colour mill which is used to make our professional oil paint range. Triple milling gives the paint a buttery texture, and ensures that each pigment particle is coated with the oil binder, and evenly dispersed. 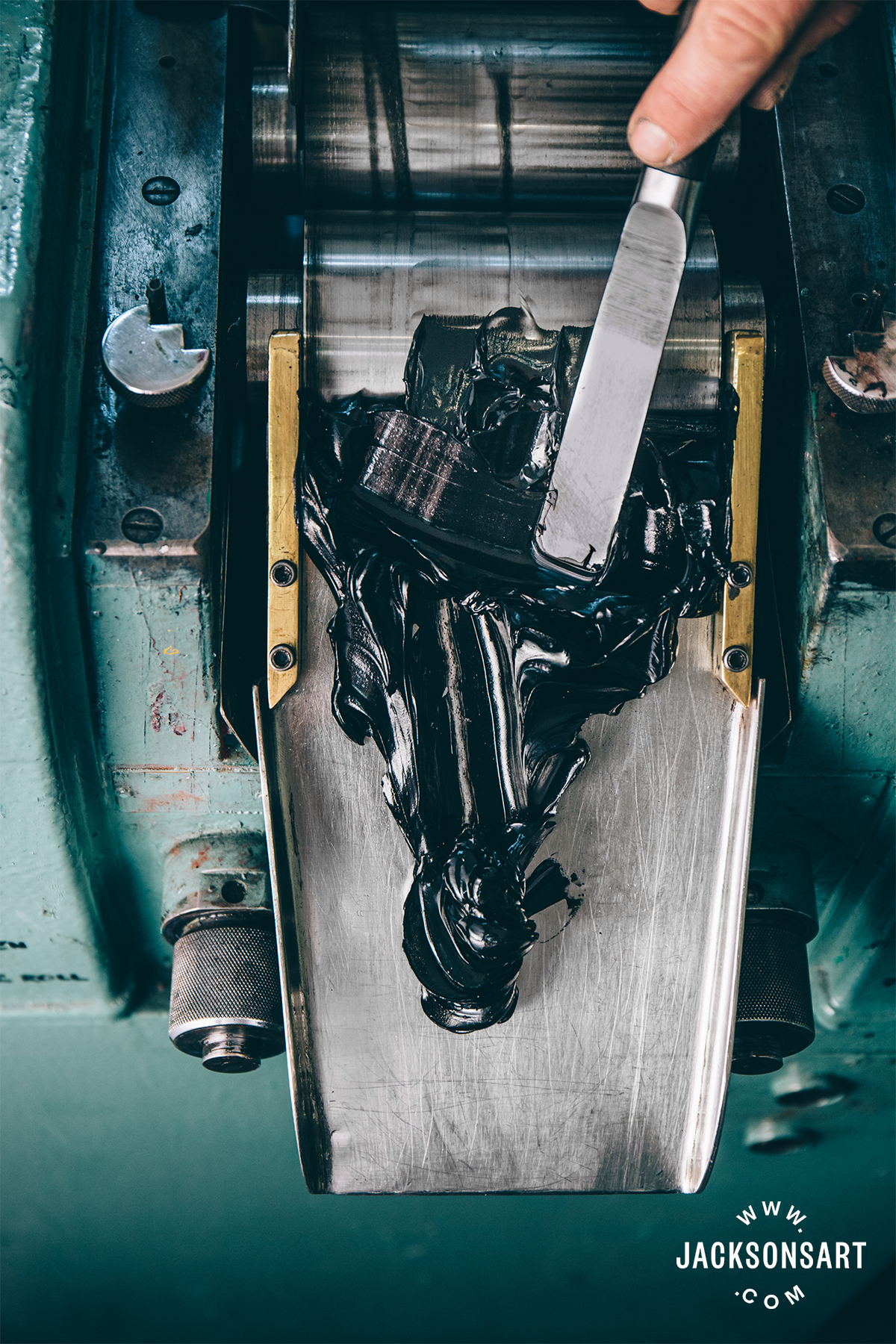 We’re delighted to say that the Scorched Earth project raised £262,700 for Migrate Art’s charity partners- RefuAid, Refugee Community Kitchen, and The Lotus Flower. This amount was raised through the sale of the artworks at auction, as well as the sale of Scorched Earth oil and acrylic paints at jacksonsart.com. Migrate Art would like to thank our customers who supported the project.

Watch the paint being made: