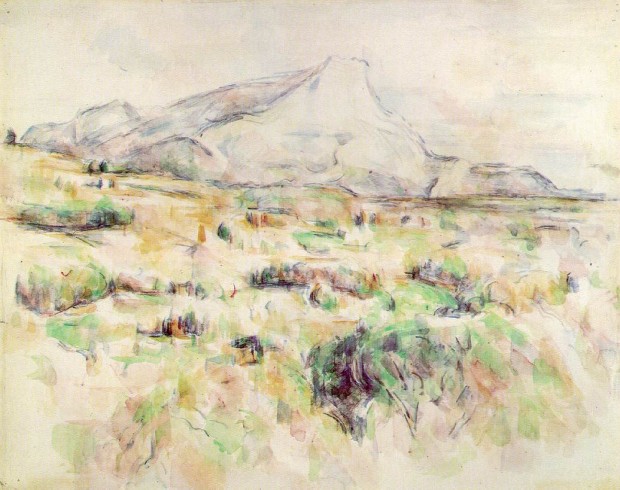 How To Tell When Your Painting is Finished

Finishing a work of art is often the hardest part of the process. How can you tell when your work is finished? And more importantly, how can you avoid over-working and ruining your work? I examine a few of the factors, drop in some thought provoking quotations, and invite you to suggest some other thoughts on the subject.

Having a Good Idea

Paintings, drawings and prints often begin with an idea. The idea is sometimes just a question, such as ‘what happens if I combine this colour with this colour?’, or ‘How can I express what this object means to me?’. I call ideas that are best expressed as questions ‘kernels’. Kernels take you on a journey, the further you work the more the answer to your question is revealed, and these art works are the hardest to finish. How do you know how much of your answer can be unveiled with this work? And how do you know when to cease working, how to avoid that point when the answers start to fade again and you’re left with something that is overworked, laboured, muddy, and expressing nothing. 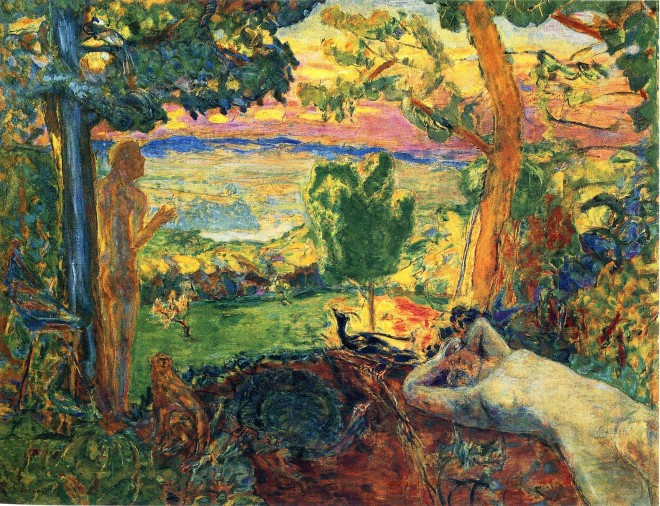 When I think of an artist that might start their painting as an attempt to answering a question I often think of Pierre Bonnard. There is something of the lost and found in all of his masterpieces.  Take ‘Earthly Paradise’, for example. 130cm x 160cm in size, a portryal of Adam and Eve in the Garden of Earthly Delights, hiding in the shadow of the trees. A real sense of trepidation, both allured and fearful of the abundant landscape in front of them. There is a sense of impending doom in the painting, yet the colours are indeed paradisical, clean and full of lustre. To paint a picture such as this, the idea would have been in Bonnard’s mind, without all the questions answered. Through putting paint on to canvas, Bonnard explored his thoughts and feelings, surely eventually arriving at a point where he felt his statement had been made. One feels there is an unveiling of subconconscious thought in his work, and that by through not rushing, and by constantly questioning and responding to ideas as well as the materiality of the paint, he is able to embark on a journey that eventually naturally arrives at a point that creates a painting full of expression, with just enough ambiguity to intrigue, and a vision entirely unique, honest and fascinating.

A good idea for a painting is one that can be expressed in an interesting way. The emphasis may lie with a good design, interesting marks or a beautiful palette, but it is almost always one that leaves a gap for the viewer him/herself to fill: a good painting does leave something to the imagination and holds a level of intrigue.

If the initial idea is a bad one, has no mileage, and is unable to take the painter on a journey, then the work will almost always fail from the offset.

“A painting that is well composed is half finished” – Pierre Bonnard

“In painting, the gravest immorality is to try to finish what isn’t well begun. But a picture that is well begun may be left off at any point. Look at Cezanne’s water colours!” – Matthew Smith

If you say the same thing over and over, the statement will eventually fall on deaf ears, its meaning will die. The same is true of painting. Make your statement (or even merely suggest it) and then stop.

To explore an idea through painting starting at a kernel is to often paint without really knowing exactly what it is you want to express. But if the painting goes well a point will arrive where the statement has been made. It takes practice to recognise this point and know to stop. It can be so tempting to continue painting after you have made your breakthrough and you have a feeling  you know what the painting is about. So often this is the time to stop as every brushmark from this point onwards will be overstating your message.

I have had tutors advise to stop painting an estimated half an hour before you intended to. I think this can be very useful advice. Let the viewer supply the punchline to the painting, and the painting will always have that necessary element of tension and intrigue. 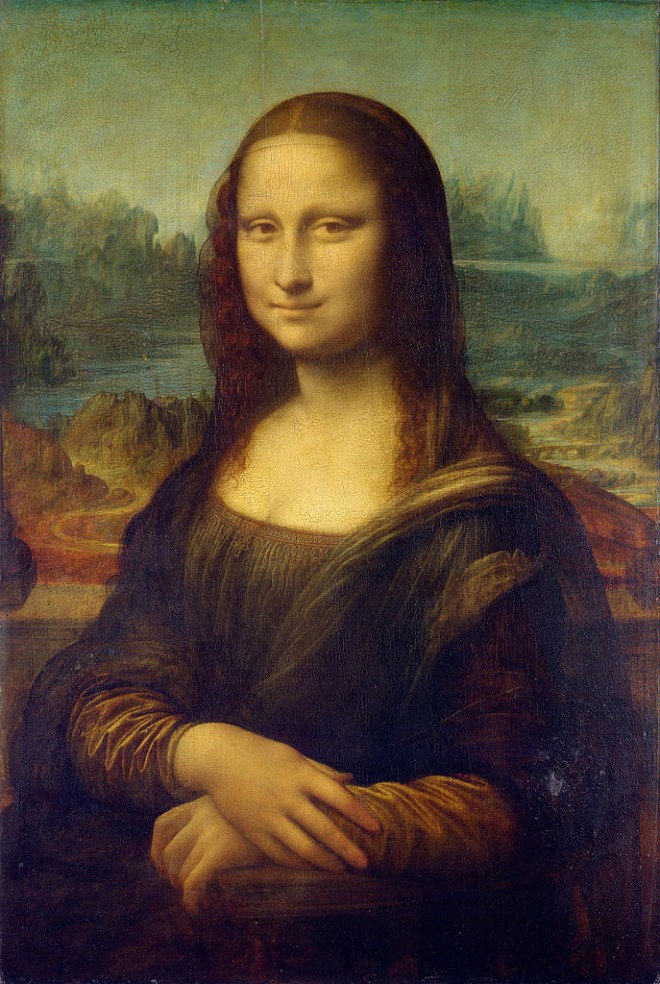 I love this quote from Leonardo da Vinci. I also think it’s absolutely true, that if you carry on painting then it is likely to start becoming a different artwork, morphing into a new idea as your attention shifts and your interests mutate. And this theoretically could go on forever. From this thought comes the idea of working in series – by stopping the painting process on one canvas but continuing the journey of an idea on a new canvas, and then another new canvas, and then another, means that a series of paintings will evolve, each documenting the creative journey of the painter. And then ideas may be picked up and explored by other artists, continuing the journey. The ideas have the potential to live forever in a way that the artists do not!

“The extreme proposition on which Giacometti based all his mature work was that no reality… could ever be shared. This is why he believed it impossible for a work to be finished. This is why the content of any work is not the nature of the figure or head portrayed but the incomplete history of him staring at it” – John Berger

‘The painting is complete when the idea is obliterated’ – Georges Braque

This quote initially confused me, but what I feel Braque means is that when the idea is no longer separable from the mode of expression, that is when the painting is complete. 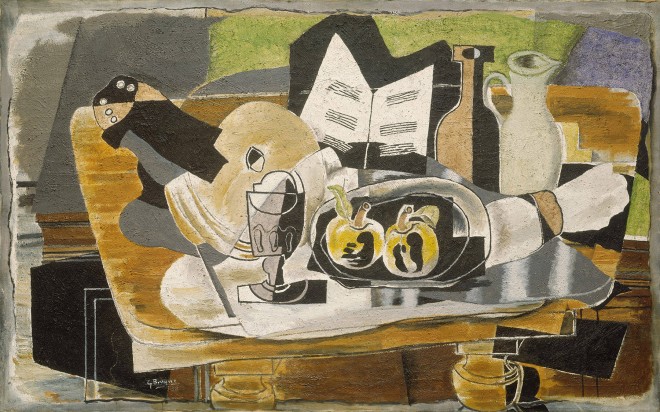 “To finish a work? To finish a picture? What nonsense! To finish it means to be through with it, to kill it, to rid it of its soul, to give it its final blow the coup de grace for the painter as well as for the picture” – Pablo Picasso

“A finished work is exactly that, requires resurrection” – John Cage

“When something is finished, that means it’s dead, doesn’t it? I believe in everlastingness. I never finish a painting – I just stop working on it for a while” – Arshile Gorky 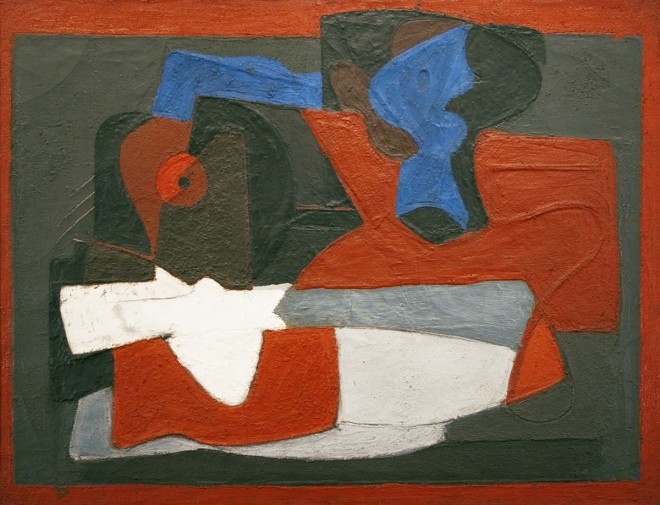 “That’s the terrible thing: the more one works on a picture, the more impossible it becomes to finish it” – Alberto Giacometti

“Each painting has its own way of evolving. When the painting is finished, the subject reveals itself” – William Baziotes

“How do you complete a painting, really? There are paintings by so many different artists that are interesting precisely because they haven’t really been completed” – Peter Doig

“Do not finish your work too much. An impression is not sufficiently durable for its first freshness to survive a belated search for infinite detail; in this way you let the lava grow cool…” – Paul Gauguin

“When you’ve just done it, you’re not sure. But when you’ve sat with it for a couple of hours and you don’t want to do anything more to it, that’s a great feeling. It can stand on its own two feet” – Damien Hirst

“It is difficult to stop in time because one gets carried away. But I have that strength; it is the only strength I have” – Claude Monet 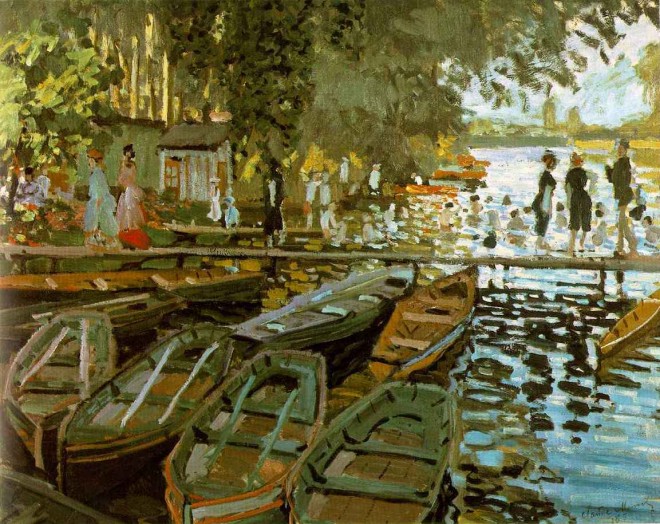 Great works of art have elements of both control and chaos. What do I mean by this? Expression needs structure. It needs a language in order for it to be understood. But to only have the structure and no expression is not to have any art at all! There are times that I am sorry that art is not a science, and the lack of the absolute is exactly what this article is about and why knowing when a painting is finished is so difficult. But ultimately, the coherence of your idea/expression needs to be sufficiently apparent without the sense of resolution or structure being too rigidly stated as to make the work feel stagnant or dull, or dead. When the balance is just right, it can appear that the work has taken on a life of its own, that it can surprise even the artist! A perfect example would of course be Jackson Pollock. The explosiveness of his expression always had just enough structure to hold the painting in place, and to make his vision immediate and exciting. They may just be drips on a canvas to some, but to those in the know, it is unbelievably difficult to strike the balance Pollock achieved between control and chaos.

“I always work out of uncertainty, but when a painting’s finished it becomes a fixed idea, apparently a final statement. In time though, uncertainty returns… your thought process goes on” – Georg Baselitz

“At the end of the day, the only thing that counts is your insight, your reaction, and the way you convey your feeling towards the subject” – Alvaro Castagnet

“A fine suggestion, a sketch with great feeling, can be as expressive as the most finished product” – Eugene Delacroix

What do you think? When is a painting finished?