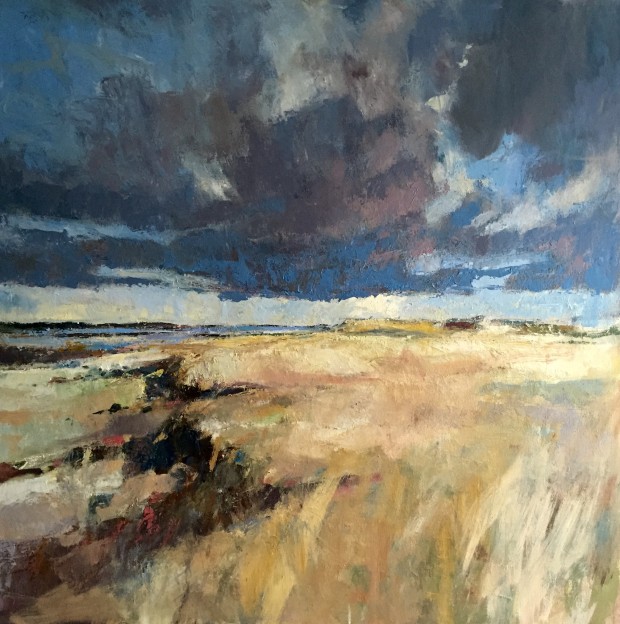 Paul Bell Painter and Judge of the JOAP 2016

Paul Bell is a Scottish artist living in Buckinghamshire. His use of bold colour and simple composition are the cornerstone of his work. Paul works in a variety of mediums but predominantly oil and acrylic and takes inspiration from people, landscape, cityscape and still life. His most notable achievements to date were making the last round of 250 in the 2014 BP Portrait Award, winning the BBC1 series ‘The Big Painting Challenge’ in 2015 and as a consequence two paintings produced during the programme hung in Tate Britain. Paul has joined our team of judges for the Jackson’s Open Art Prize and made some great videos with Jackson’s recently, which will be on our YouTube channel soon. We caught up with Paul to see what he has been doing lately. 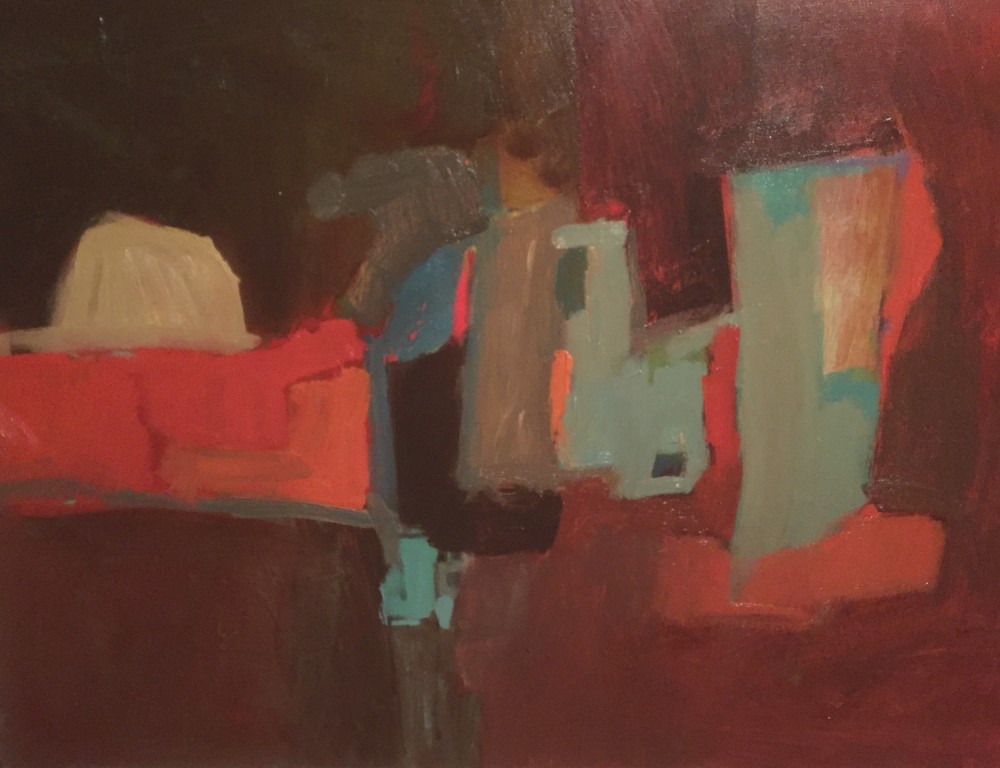 Julie: Tell us a little bit about your artistic background/education.

Paul Bell: I studied Art at school with ambitions to study at the Glasgow School of Art, however my application was turned down which led to me taking a trainee position with a leading practice of Interior Designers in Glasgow. As part of their training programme we were sent to Glasgow school of art one day and one evening a week, where we were taught Interior Design and Life Drawing. The idea was that after 2 years you applied for a full time position to complete your degree. I was accepted to go full time but my personal circumstance and the imminent arrival of my first child meant that I had no choice but to continue working. I went on to have a very successful career as an interior Designer before deciding to go into the lucrative illustration business where I worked internationally for leading architects for a number of years. I did this up until a couple of years ago before deciding to concentrate on painting full time. 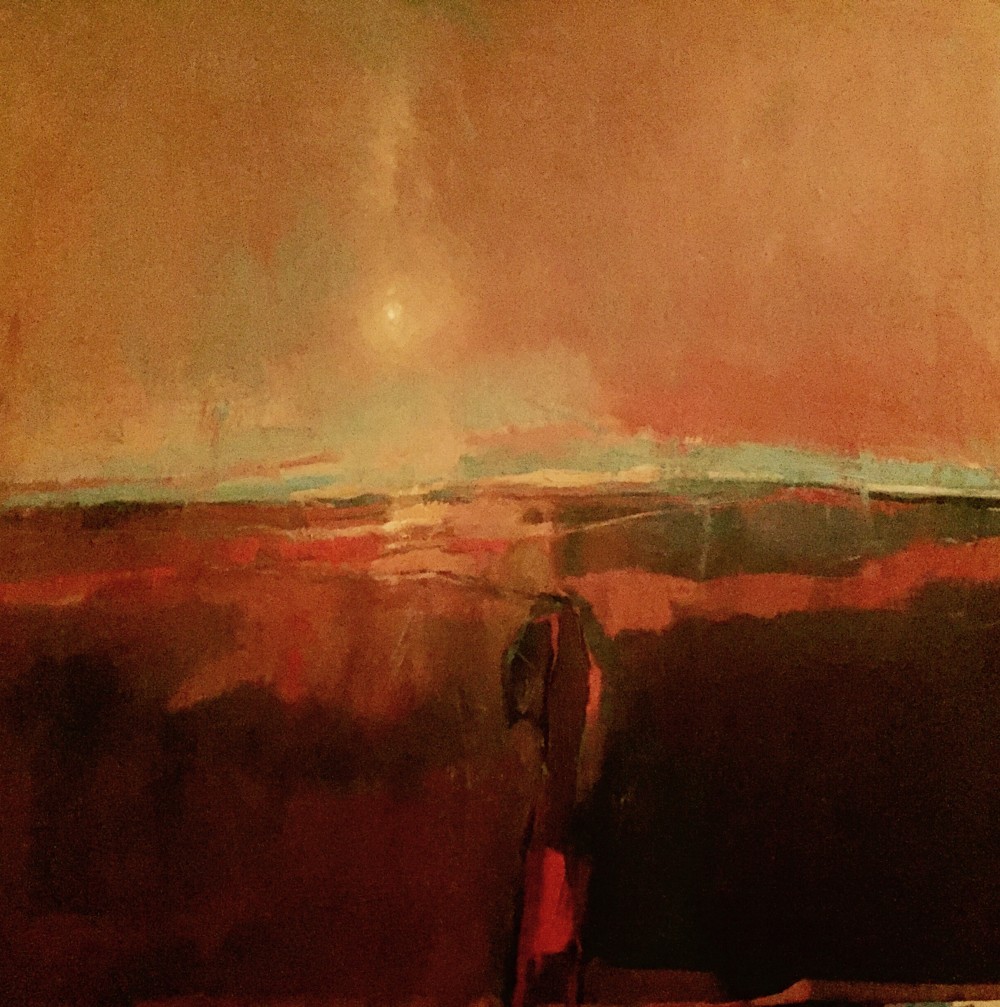 Julie: We interviewed you in May, shortly after you had won the BBC Big Painting Challenge. Can you update us on what has happened in your art career since then?

Paul Bell: After winning the BBC Big Painting Challenge last year there was a lot of media interest in what I was doing and planning to do, I did a lot of interviews, went to various events which I thoroughly enjoyed but for me it was about getting serious about my painting. I managed to secure a studio in my local town which allowed me to work on a far bigger scale than ever before. Throughout the summer I began exhibiting, albeit locally, with mixed success. 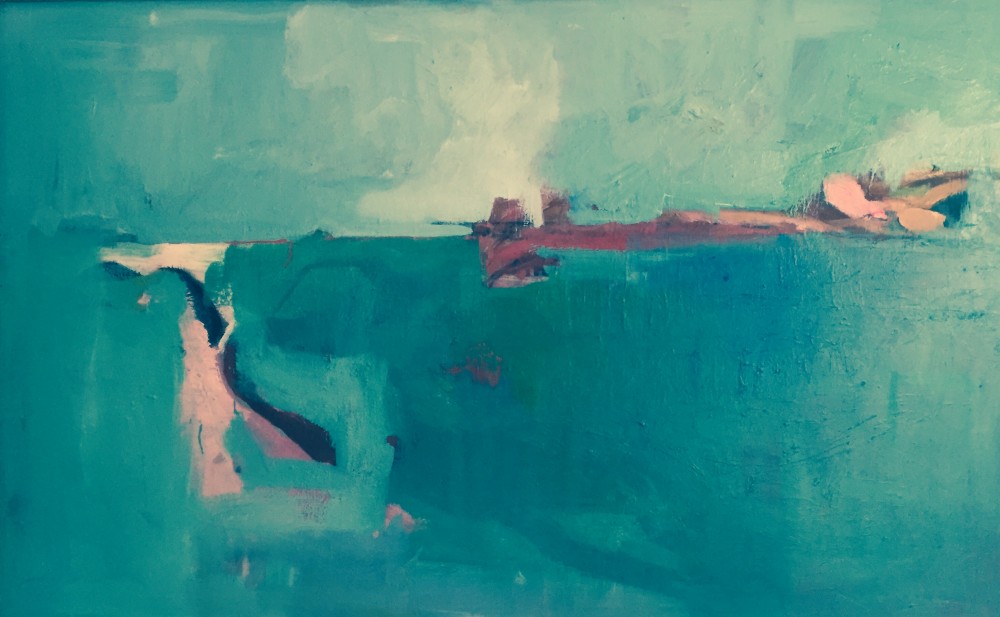 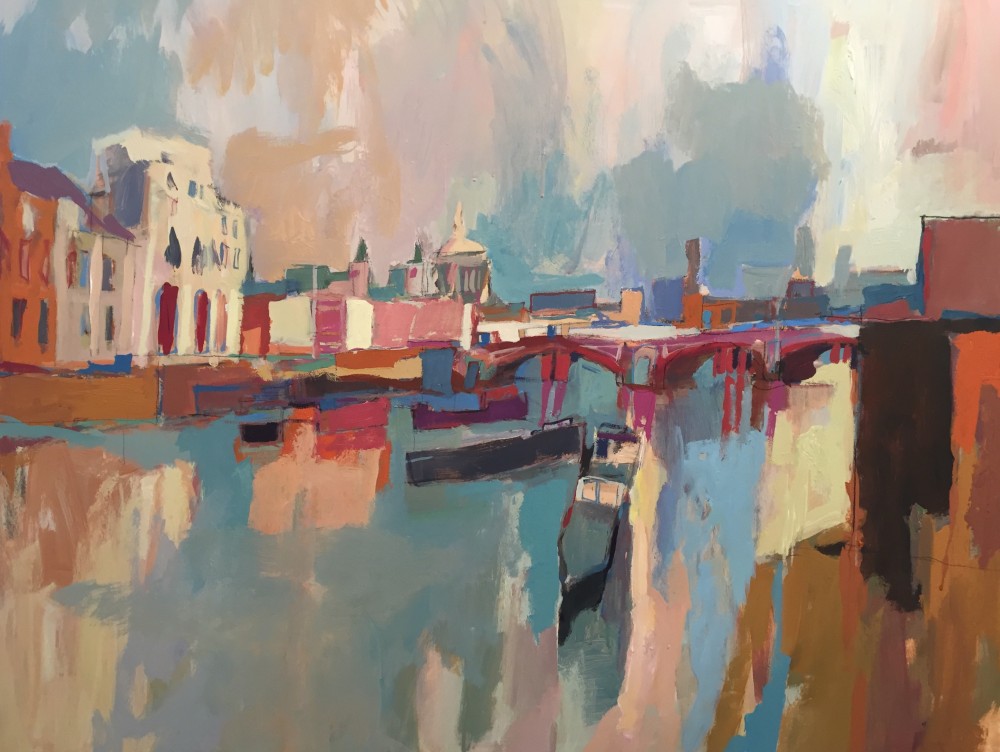 Julie: Has your art changed since then? What are you working on at the moment?

Paul Bell: I wouldn’t say it has changed but it is certainly developing, I still tend to use bold colour but I am trying to control it a bit more. Colour and form are what really interest me at the moment and I guess it’s becoming more abstracted. I haven’t done much portraiture in the last year but I fully intend to start incorporating human form into my development. At the moment I am working on some canvases for the upcoming Affordable Art Fair in London, they are bold semi-abstract still life, sea and landscape. 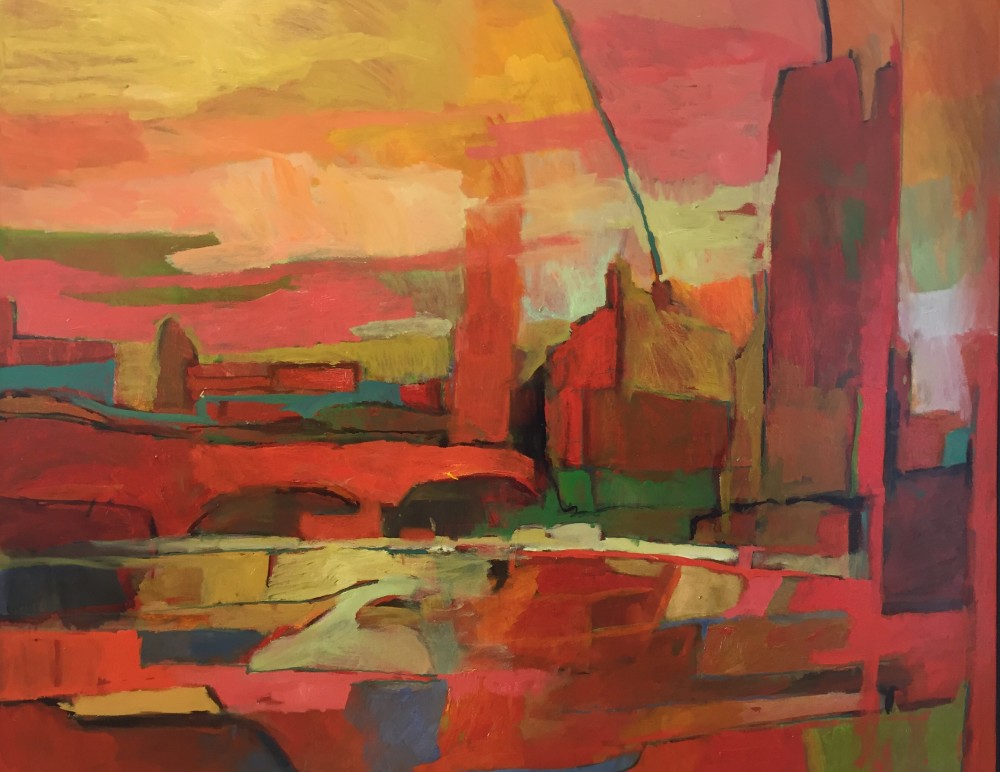 Julie: How would you describe a good day in the studio?

Paul Bell: A good day in the studio is normally when you go in the following day and still like what’s on the canvas. It’s a real buzz when either my composition comes together or my colour mixing is working and if both work at the same time it doesn’t get much better than that. 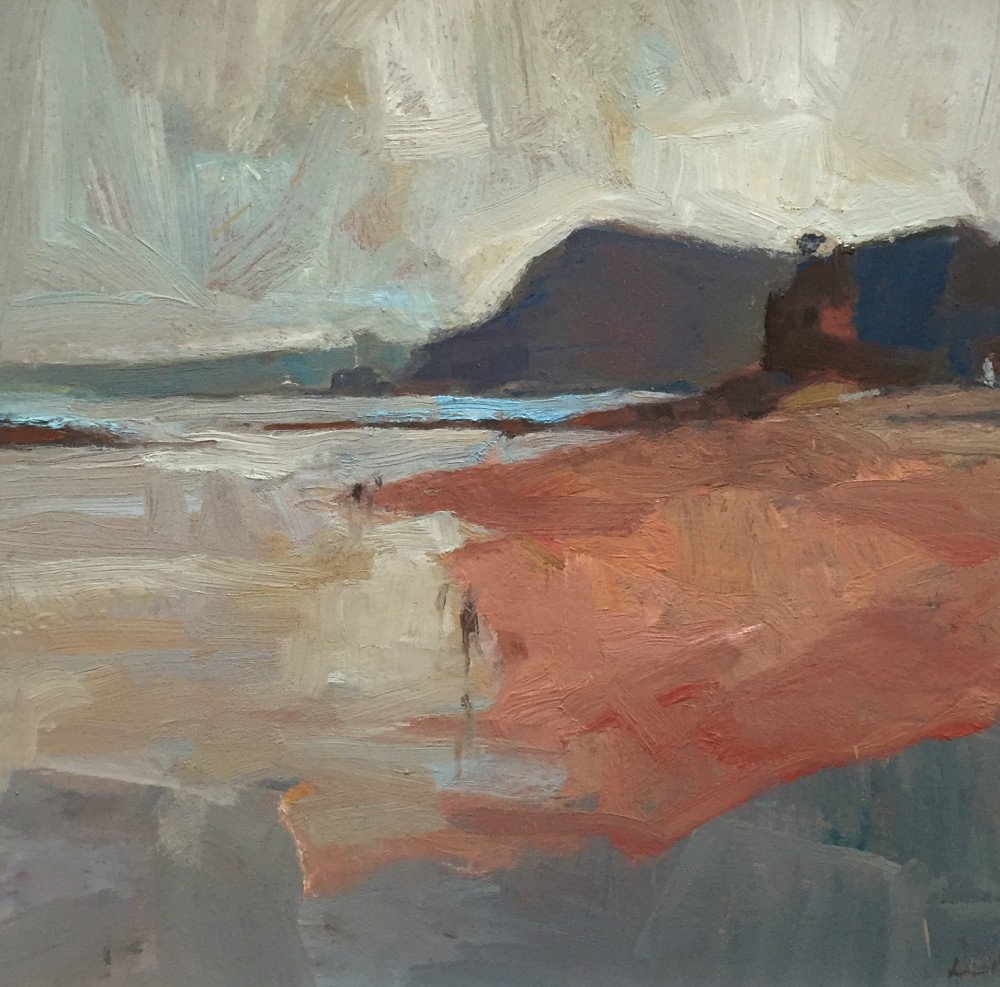 Julie: Who or what inspires your work?

Paul Bell: All sorts! In terms of what I paint it’s usually what I see around me, a collection of objects might throw some interesting shapes at me combined with maybe a particular colour or group of colours which can set off the creative process. I always have my camera at the ready to capture whatever grabs my interest and from there I develop the idea from memory and sketching. As I’ve said in previous interviews the work of the Fauves and the Glasgow boys and Scottish Colourists have always been an influence, particularly where colour is concerned, but more recently I really got inspired by the work of American artist Richard Diebenkorn, I went to his retrospective at the RA last year and it really got me. 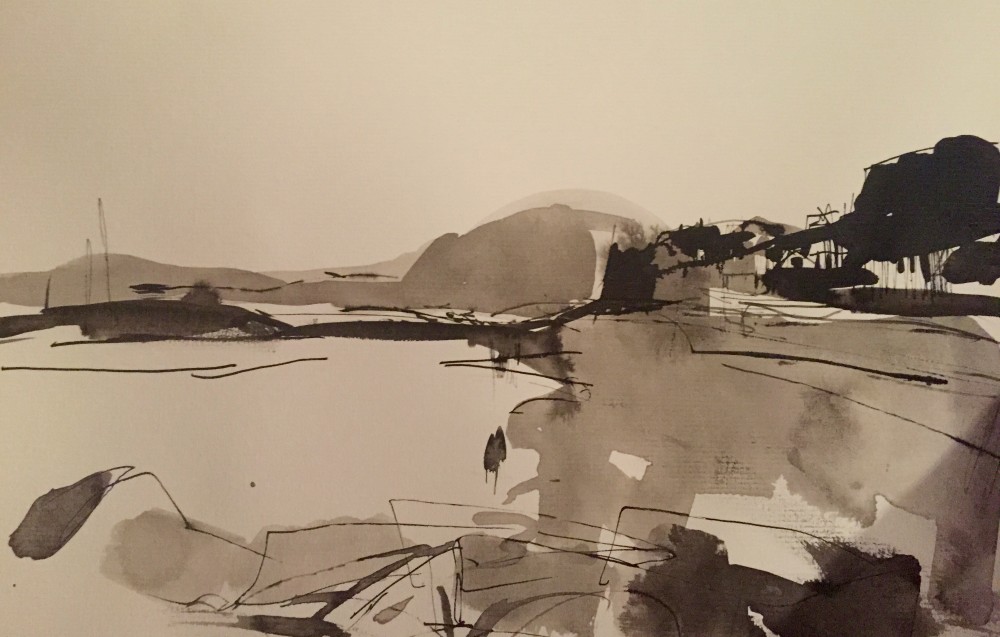 Julie: Who are your favourite contemporary artists?

Paul Bell: I’m a big admirer of Grayson Perry, there’s something very down to earth about him and he seams unaffected by an at times very pretentious industry. I think his ceramic work is particularly brilliant and very original. I also like Banksy, I thought Dismaland was genius and only regret not seeing it in the flesh. 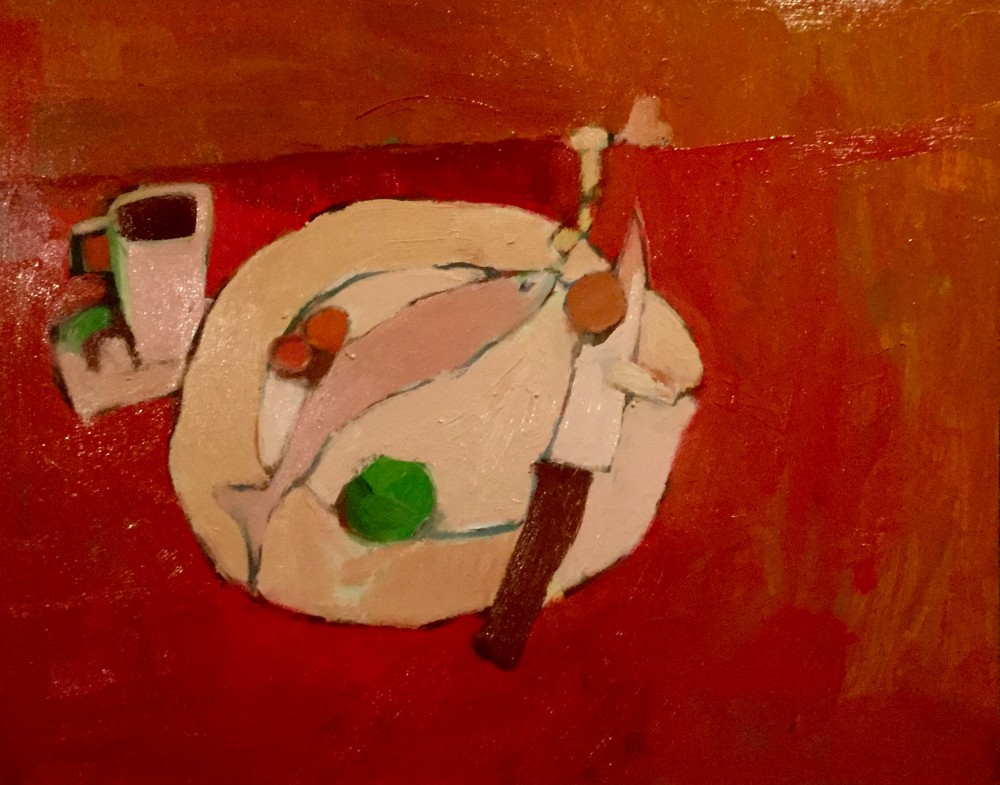 Julie: What is coming up next for you and where can we see more of your art in the flesh and on-line?

Paul Bell: I’ve got a few small mixed exhibitions coming up in the Spring, mostly local, in the Buckinghamshire area and I will be showing some work with Red Gallery at the Affordable Art Fair at Battersea in March. As my work develops, I am hoping that in the long term I can find representation with one of the bigger London Galleries but I feel my work still has to develop further to achieve that. I tweet as much of my new work and ideas as possible and have quite a healthy following and there is also my website www.paulbellart.co.uk although its been a bit neglected of late and could do with a revamp. 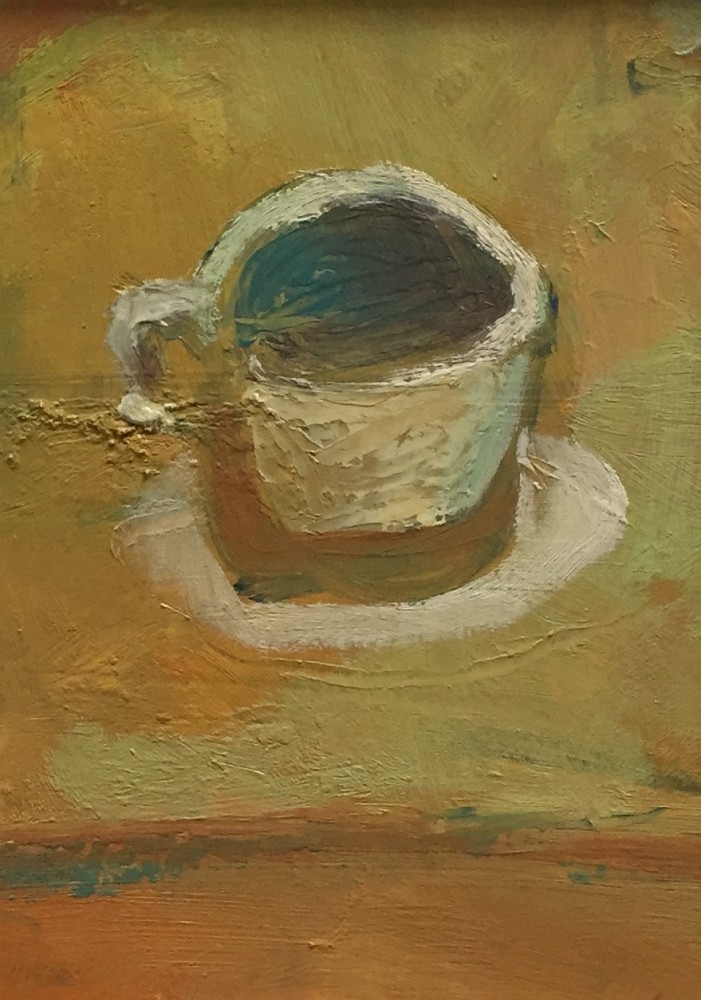 Julie: You are one of the judges for the upcoming Jackson’s Open Art Prize 2016. How important do you think it is to recognise new artwork with prizes and competitions?

Paul Bell: I am delighted that you asked me to be a judge and I am really looking forward to seeing what’s submitted. It can be quite a difficult hurdle to overcome, by that I mean showing your work as you are exposing yourself to the the possibility of rejection or criticism. Ultimately though the feedback you get is usually worthwhile and to win something like the Jacksons Open Art Prize can be the launchpad and encouragement to go on to bigger and better things. I can’t wait to see some really good new Art. 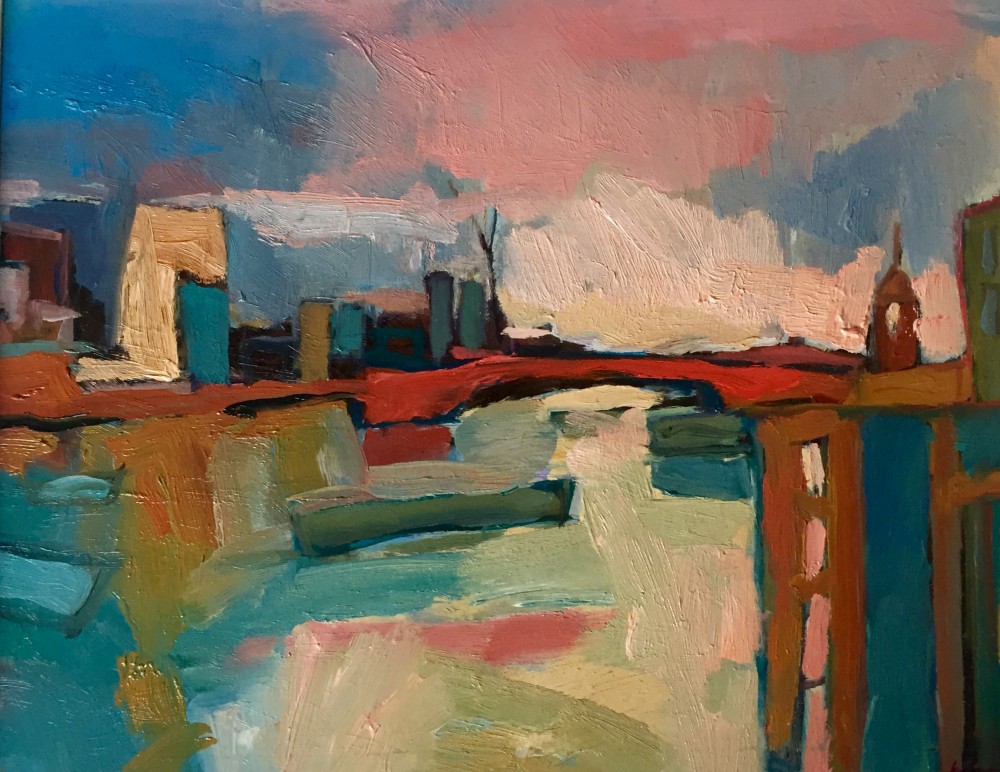 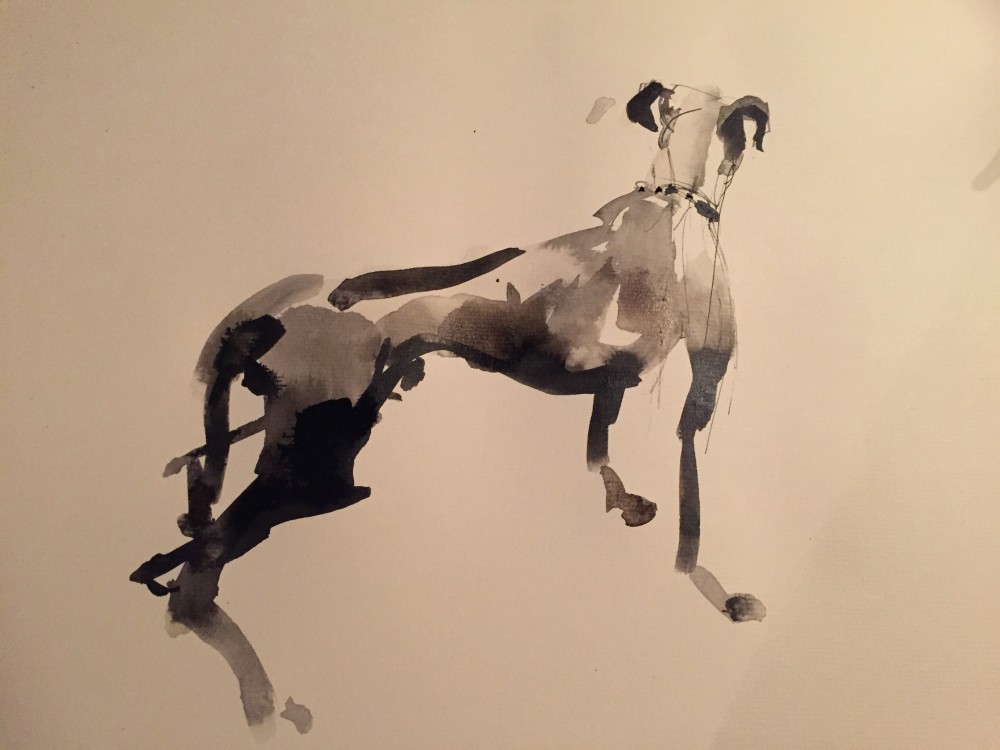 Julie: What will you be looking for as a judge of the JOAP? What advice would you give to anyone thinking of entering the competition?

Paul Bell: As a judge I will be looking for primarily something that has the wow factor as well as someone who is approaching their work with originality and substance. I have no preconception of the quality or type of work on show but I am sure it will throw up some very interesting viewing. For those thinking about entering the competition I would say go for it and paint something true to yourself, don’t paint something you think might win. 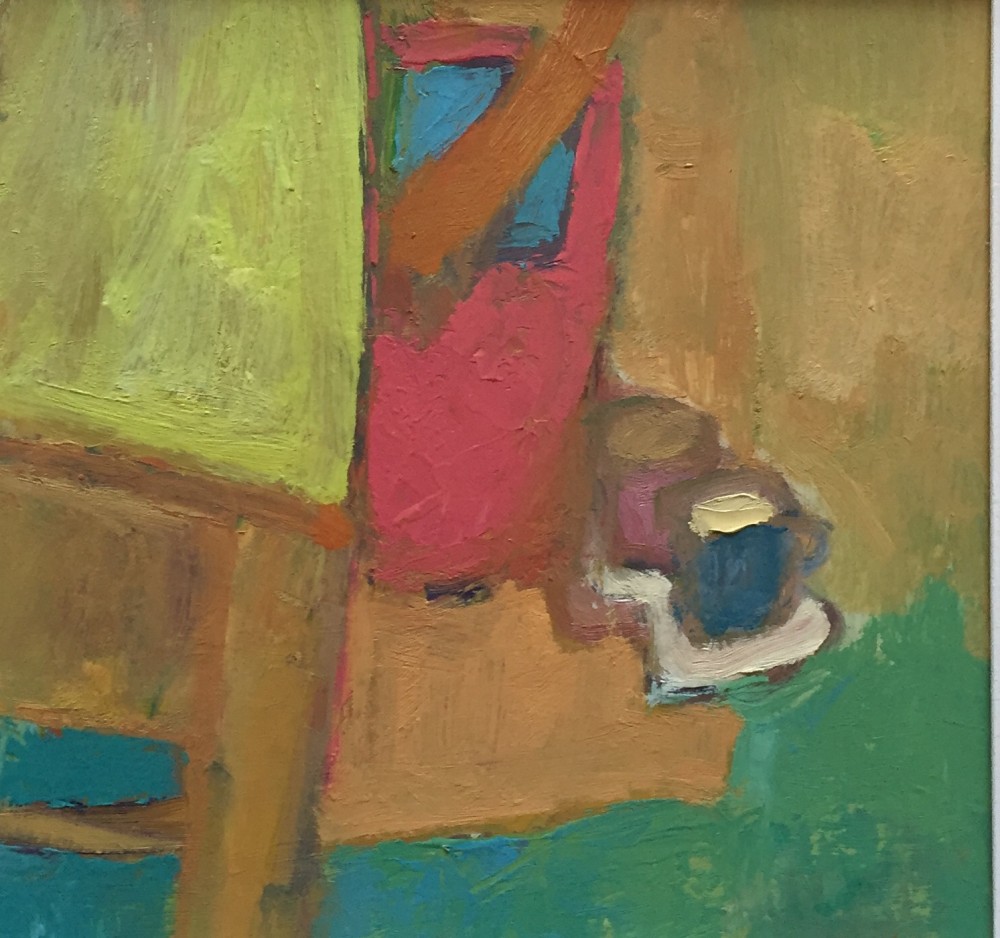