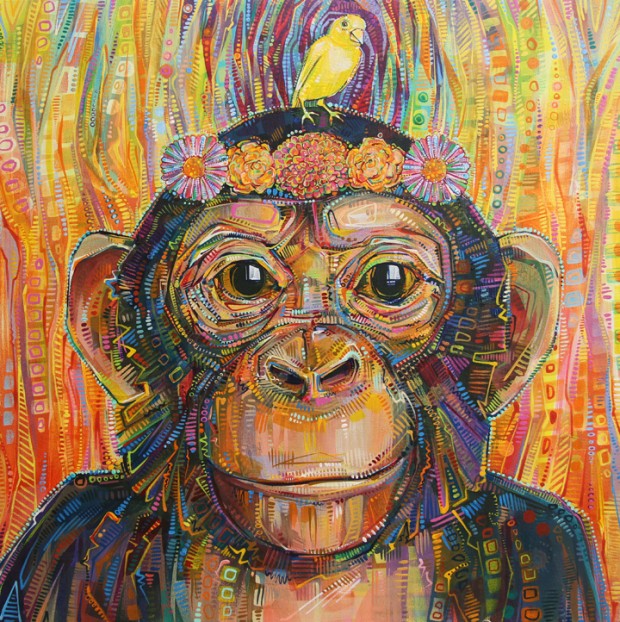 An Interview with Artist Gwenn Seemel

Gwenn Seemel defines herself as a ‘French-American artist, painter & portraitist’ that loves to talk about art making, the business of art and feminism. Her blog is full to the brim of advice for artists, drawing inspiration from her own experiences. We thought it would be a good idea to catch up with her to share her thirteen years of knowledge, opinions and bugbears of the art industry.

Christine: Your work is under free license, what was the thinking behind that? 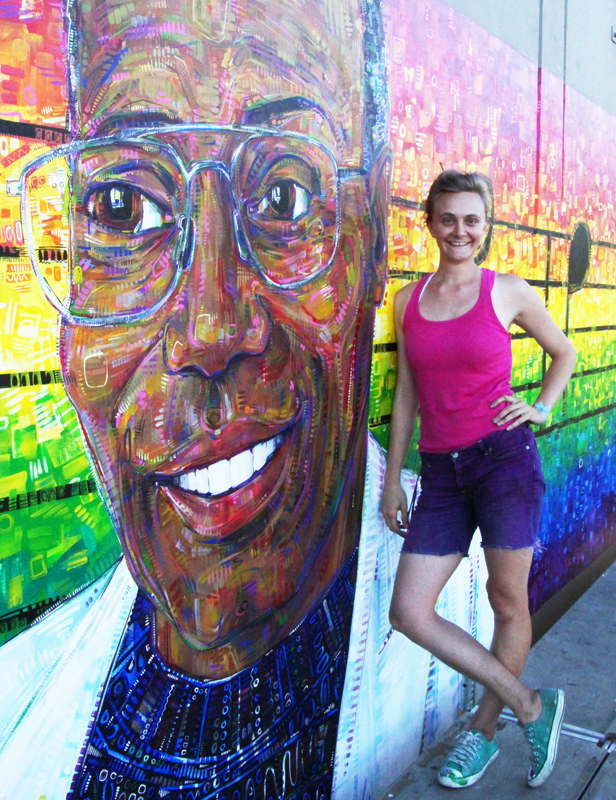 Christine: Your four steps of ‘How to Make a Living as an Artist’ seem simple (1. Make a lot of work, 2. Show a lot of people the best of that work 3. Be friendly 4. Repeat) with those steps, is there one which you feel is more important and how do you as an artist to stick to them?

Gwenn: By boiling the process down to these four steps, I’m already simplifying it quite a bit, so I’m not sure that choosing one would be fair to artists! Each step comes with its own challenges and, personally, I have struggled with each one at some point in the thirteen years of my career. Still, the most difficult step for most artists is the fourth one. Too many creatives set a time limit on their commitment to their art. They tell themselves “if I don’t make it in two years, I’ll do something different” or life simply takes over and pushes a person’s art practice to the side. The shame of this is that the only difference between the artists we know as artists and those whose work is forgotten is the artists’ ongoing commitment to their work. Keeping on being an artist is both the hardest thing to do and the only way to actually be one. 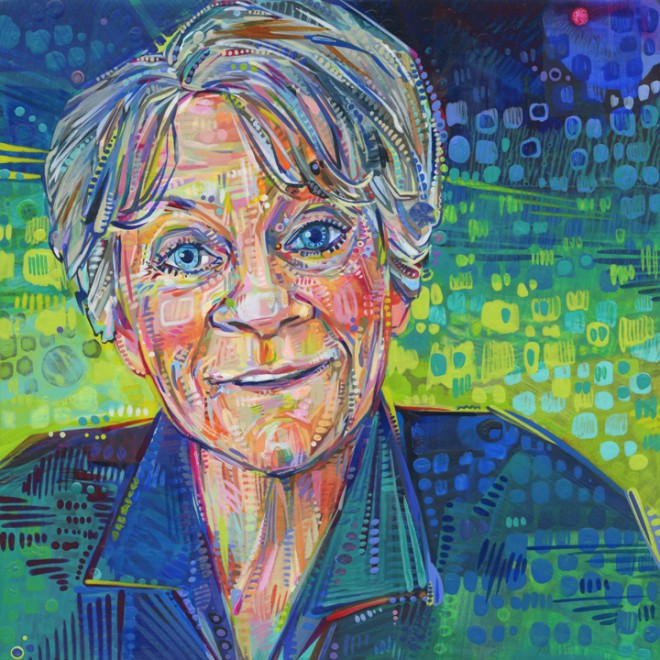 Christine: What is the best/most successful approach you have found to market your own artwork?

Gwenn: Marketing used to intimidate me. It felt like a chore and like something separate from my art making. Eventually, I learned to strip away all the negative associations and reduce marketing to its basic form: a person having a conversation about something they love with the people they love. With this in mind, I began talking about my work with everyone I encountered. As I listened to myself describe what I do, I learned about what I was doing. With each conversation, I got better at talking about my art, both in casual settings and in more traditional marketing forums, like on my blog or when pursuing press for a project. 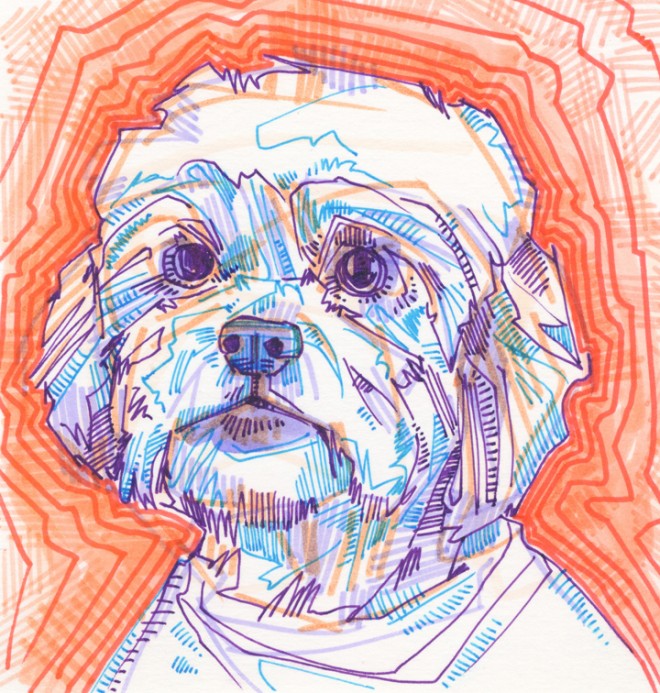 Christine: How much of a role does your target audience have on your decision making for ideas and projects to pursue?

Gwenn: Ask an artist who the intended audience for their art is and their response will almost certainly be: “everyone!” It may be a pleasing thought and it’s certainly an easy answer, but it’s also a trap. No one gets along with absolutely everyone, so it’s silly to hope that your art would please every last person—silly and problematic because it keeps artists from developing their voice. After all, people tend to change the way they speak based on who they’re speaking with. For example, they avoid cursing around children, and there are some subjects they do not talk about with little ones. This natural consideration for the person on the other end of the conversation impacts the way artists create as well, but often they’re adjusting their output without understanding who it is their art is communicating with, and this tends to weaken and dilute their work. Knowing who your art is for is the same as knowing who you are as an artist. 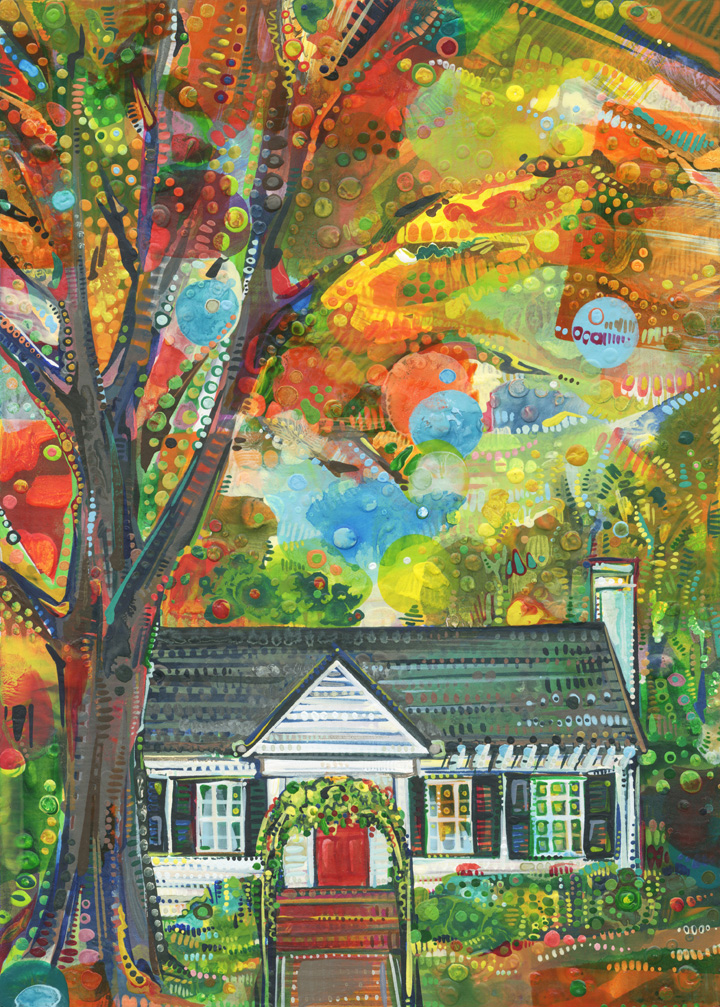 Christine: Obviously an artist’s success does hinge to a certain extent on having an audience for their work (step 2) What do you think artists need to consider when approaching someone that is interested in writing about/featuring their work on a blog/article?

When looking for a feature in the press, artists must consider who the audience of a particular press outlet is. If that audience matches the artist’s audience or if there is some overlap, then it’s worth approaching that press outlet. What’s more, it’s important to highlight those similarities when contacting a journalist. Next, artists should understand that art writers are artists themselves, perhaps visual artists and almost certainly artists in their medium of writing or interviewing. When artists tell a writer what they love about their work, it isn’t sucking up: it’s the artist explaining why they’d like this particular journalist to feature their art. Finally, the secret ingredient to success with the press is being okay with rejection. In fact, every time I don’t hear back from press, I force myself to send out two new emails, either a formal press release to a different press outlet or a casual email to a friend describing what I’m working on right now. Reaching out when I’m feeling rejected forces me to stay positive and to keep my marketing momentum.

Christine: Where can we see you and your work now and in the future?