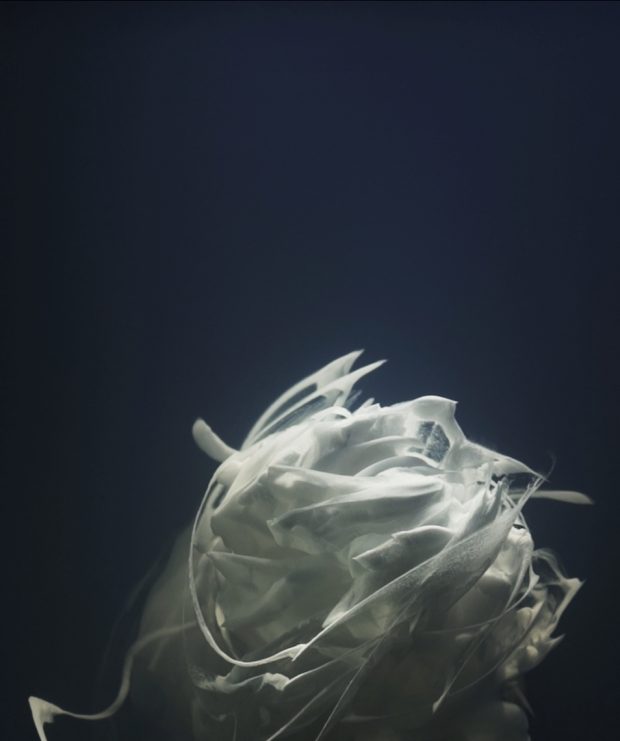 The 2016 Jerwood Drawing Prizes were announced at the Jerwood Space last night. Of the four prizes, two were videos.

Speaking at the prize announcement last night Professor Anita Taylor, Jerwood Drawing Prize founding Director and Dean of Bath School of Art & Design said “Drawing is fundamental to our experience as humans”. This might be a good description of the approach of the panel of judges for the Drawing Prize: Glenn Brown, artist; Stephanie Buck, Director, Kupferstich-Kabinett at Staatliche Kunstammlungen Dresden; and Paul Hobson, Director, Modern Art Oxford. They were looking for a contemporary experience of drawing. The specialist panel saw 2,537 works submitted by 1,408 entrants over a two-day period. The selected artworks, and prizes, represent the selectors’ diversity of understandings and varied insights into contemporary drawing. A total of 61 works by 55 artists were selected for exhibition by the panel. Four drawing works were chosen for prizes.

The prestigious First Prize of £8,000 has been awarded to Solveig Settemsdal for her video ‘Singularity’, which offers an almost sculptural digital rendering of the transformative and fluid drawing process. Settemsdal, a Norwegian artist based at Spike Island in Bristol, graduated from Glasgow School of Art in 2010 and has since been working between sculpture and photography. Settemsdal says of her winning work: “Singularity explores a temporal and sculptural process of drawing in a fluid three-dimensional space through the suspension of ink in cubes of gelatine. In constant transformation, the white mineral ink and the biological gelatine lattice initiate a balance between conscious intention and material process.” 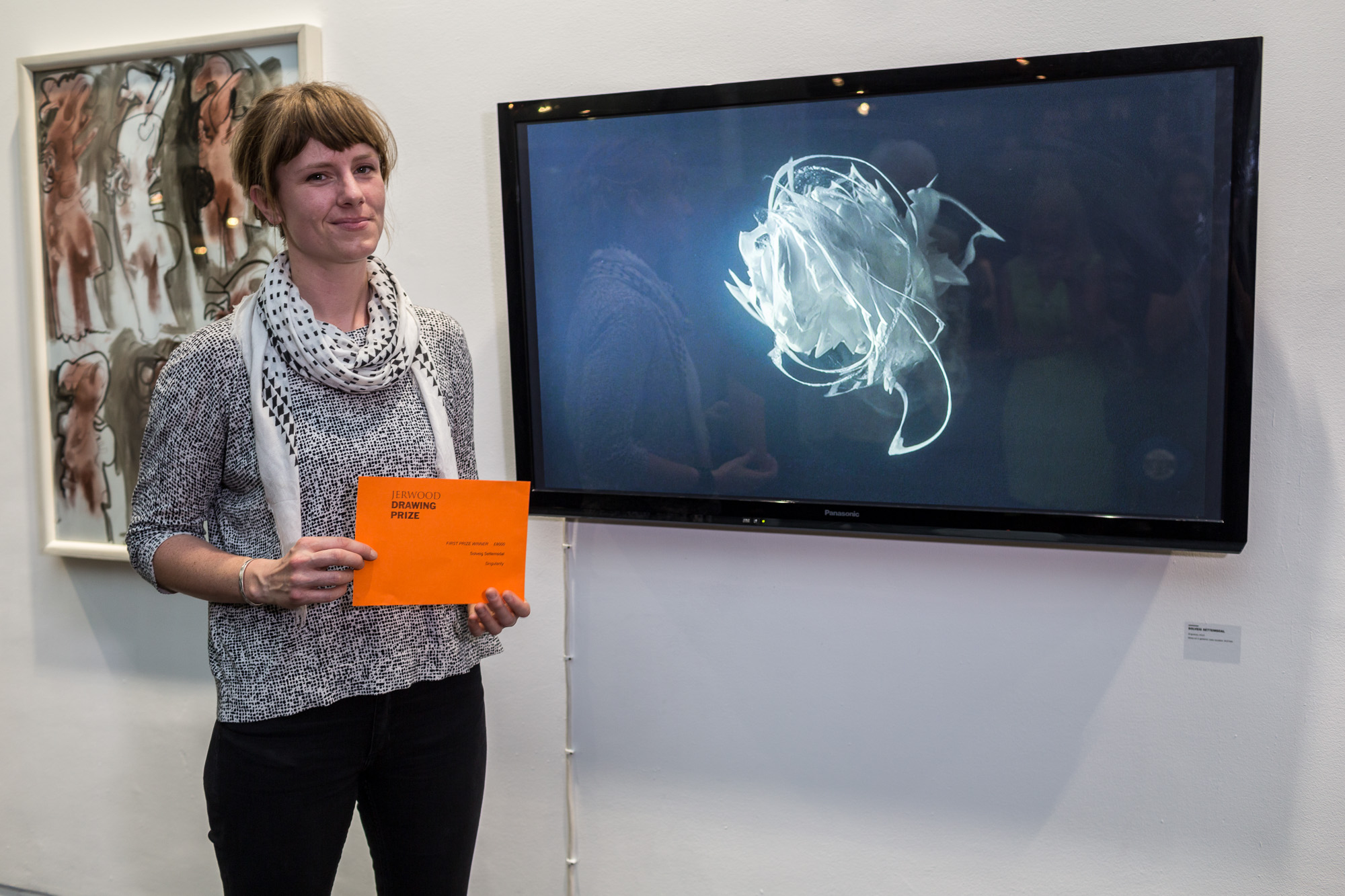 The Second Prize of £5,000 is awarded to Anna Sofie Jespersen for her biro on tracing paper work ‘Sid in Bathtub’. Jespersen, a Danish artist, living and working in London, is currently studying for a Fine Art Degree at Chelsea College of Art. Her prizewinning drawing, which depicts a man lying, fully clothed and smoking, in a bath, is a poetic and tragic work intricate in line and tonality. Jespersen writes of her subject “As I was falling in love with you, you would slowly sink into the parallel dimension where you would become heavy and dense, and slide effortlessly into the void.” 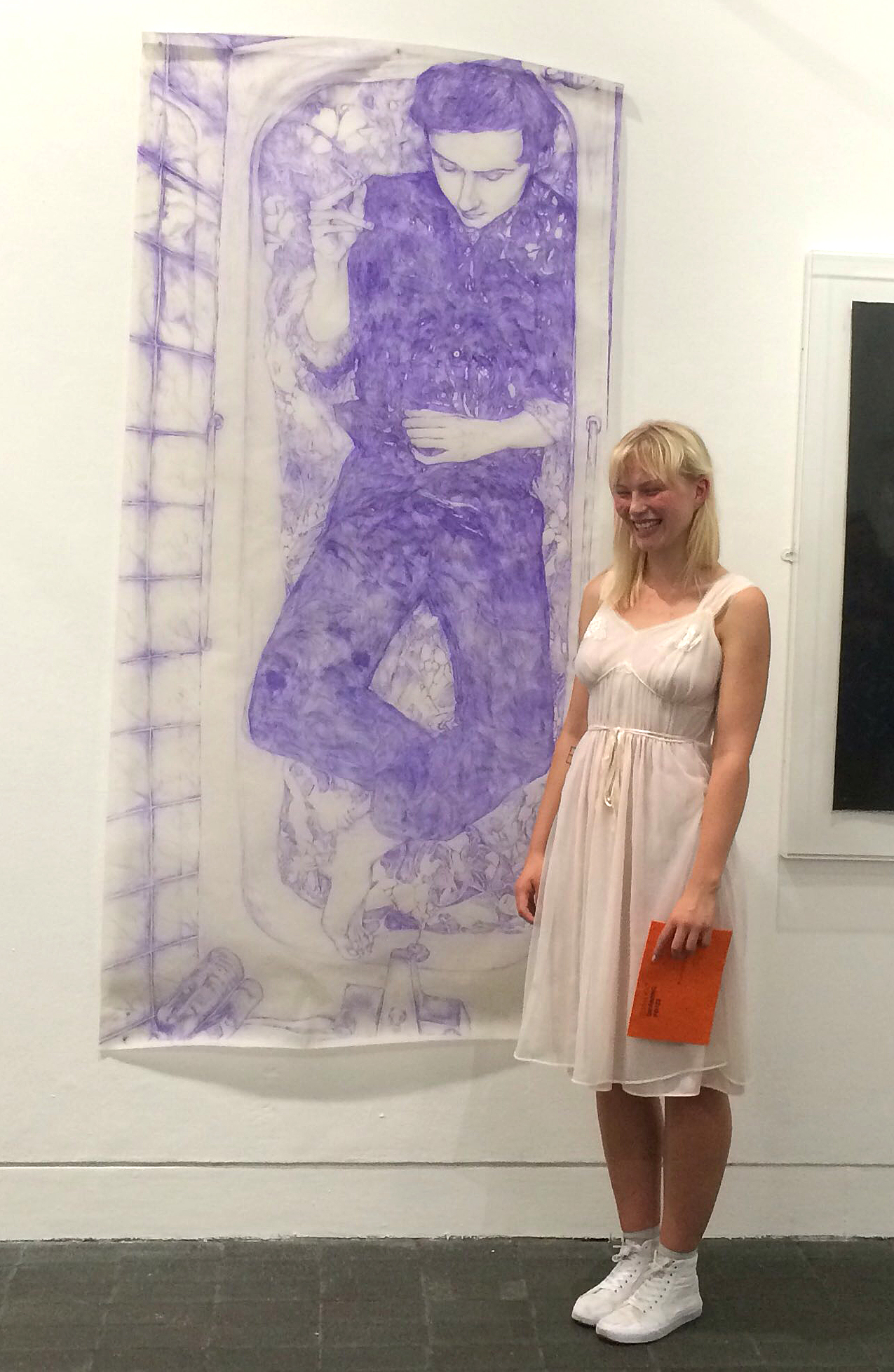 Anna Sofie Jespersen and her winning artwork ‘Sid in Bathtub’

Two Student Awards of £2,000 each are awarded to Jade Chorkularb and Amelie Barnathan.

Jade Chorkularb, born in Thailand, now lives and works in London. Holding an MSc in Interactive Multimedia, she is a conceptual artist working in diverse media. Her winning work, That What They Would Do, is a beautifully simple and empathetic video of real-time drawing set over interviews asking people what they would do if they only had an hour left to live. A practicing Buddhist, Chorkularb says of the work, “There are various methods (e.g. prayer, meditation, working on our mind) that will enable us to overcome fear, attachment and other emotions that could arise at the time of death and cause our mind to be disturbed, unpeaceful, and even negative. Preparing for death will enable us to die peacefully, with a clear, positive state of mind.” 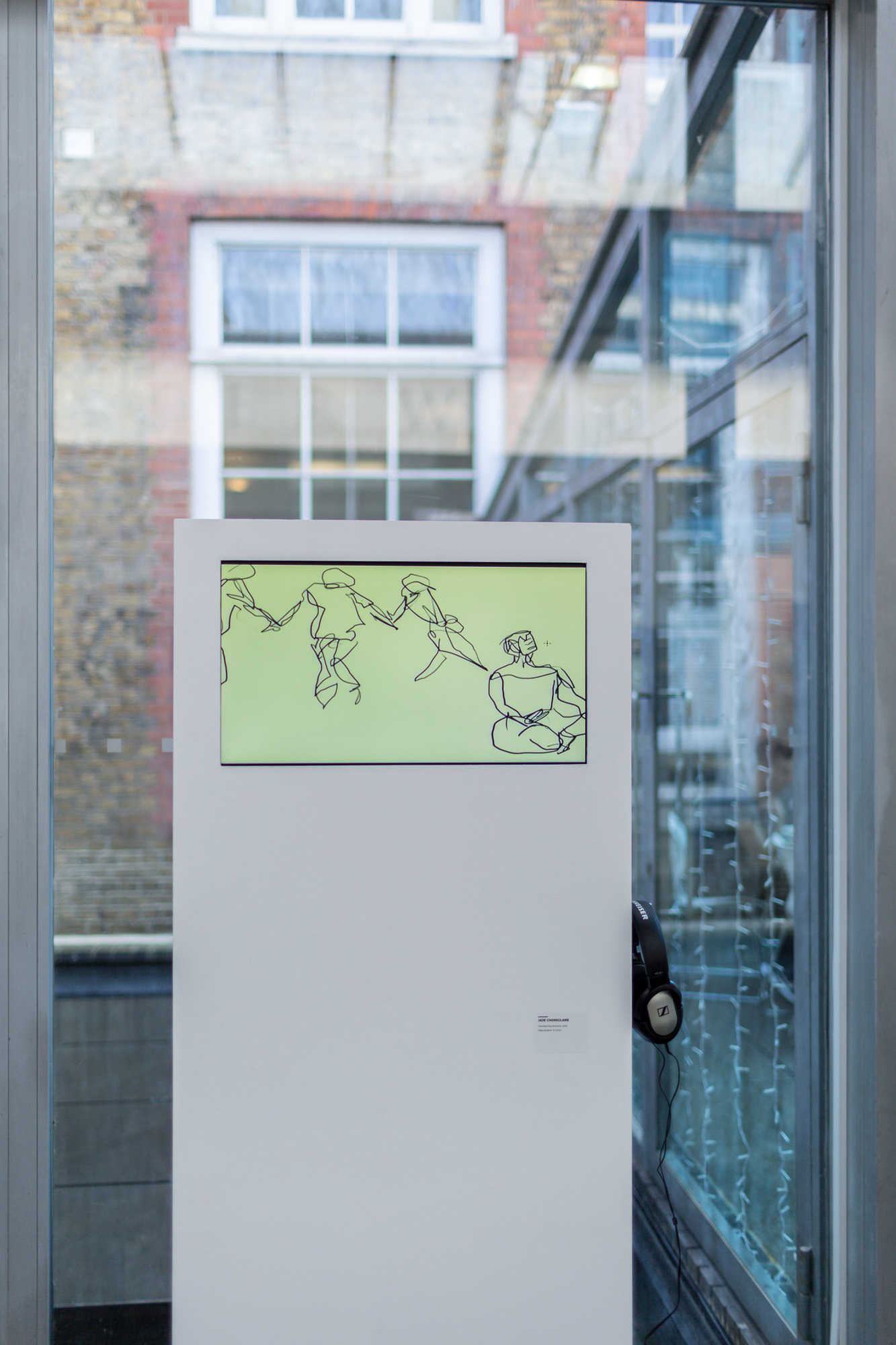 Jade Chorkularb’s winning artwork, ‘That What They Would Do’, moving image, duration: 5:17min, 2015

Amelie Barnathan, studying for her MA in Visual Communication at the RCA, is an Italian-French illustrator living and working in London. Her large-scale, visceral, surreal, and confrontational drawings traverse the historical and mythical through renderings of dreams and nightmares. The intricate and overlaid narratives that unfold within her work “evoke the ecstatic rituals of the Maenads madwoman of Ancient Greece [and the] processions and Sabbaths of the witches of the Middle Ages.” 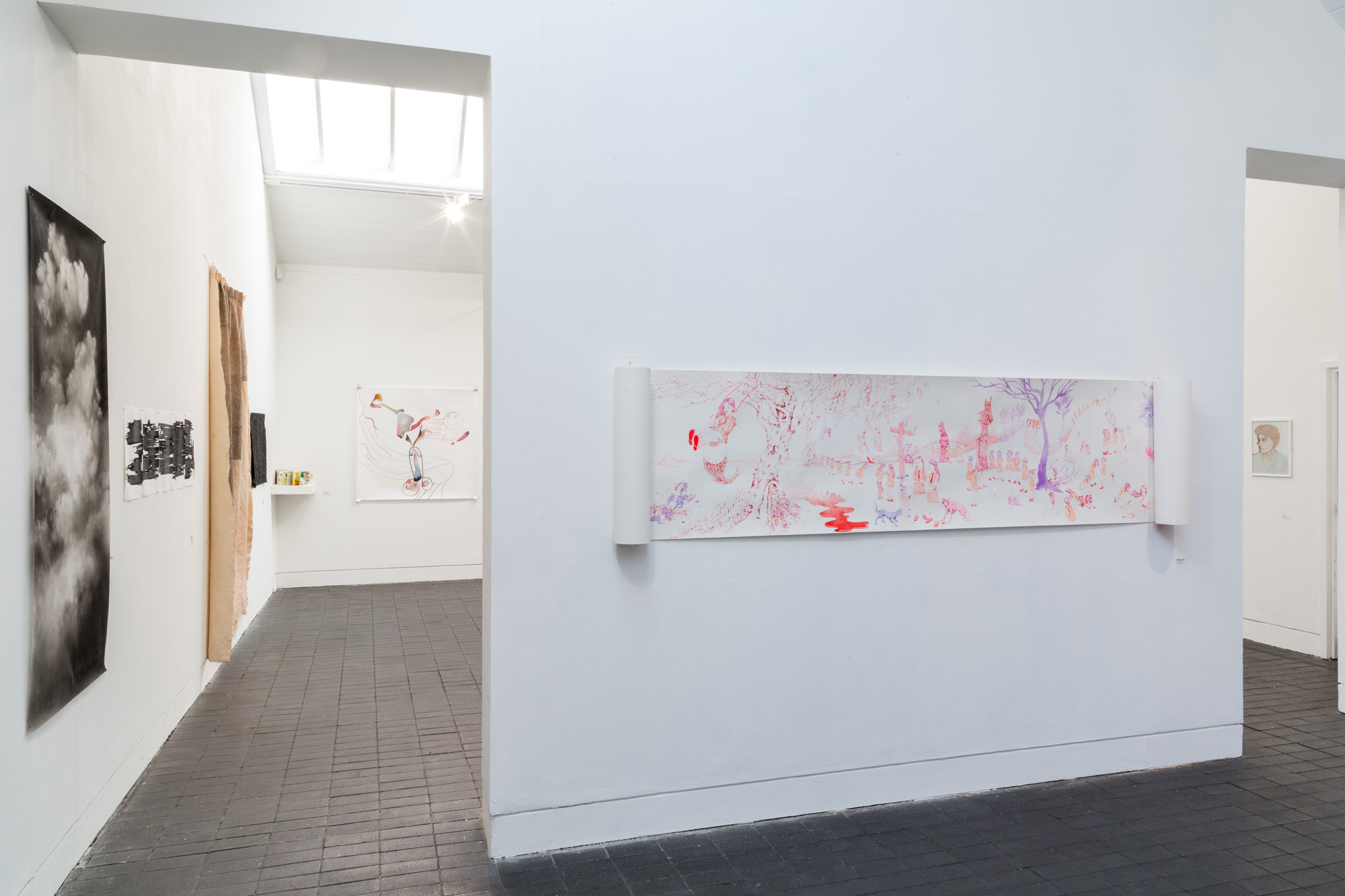 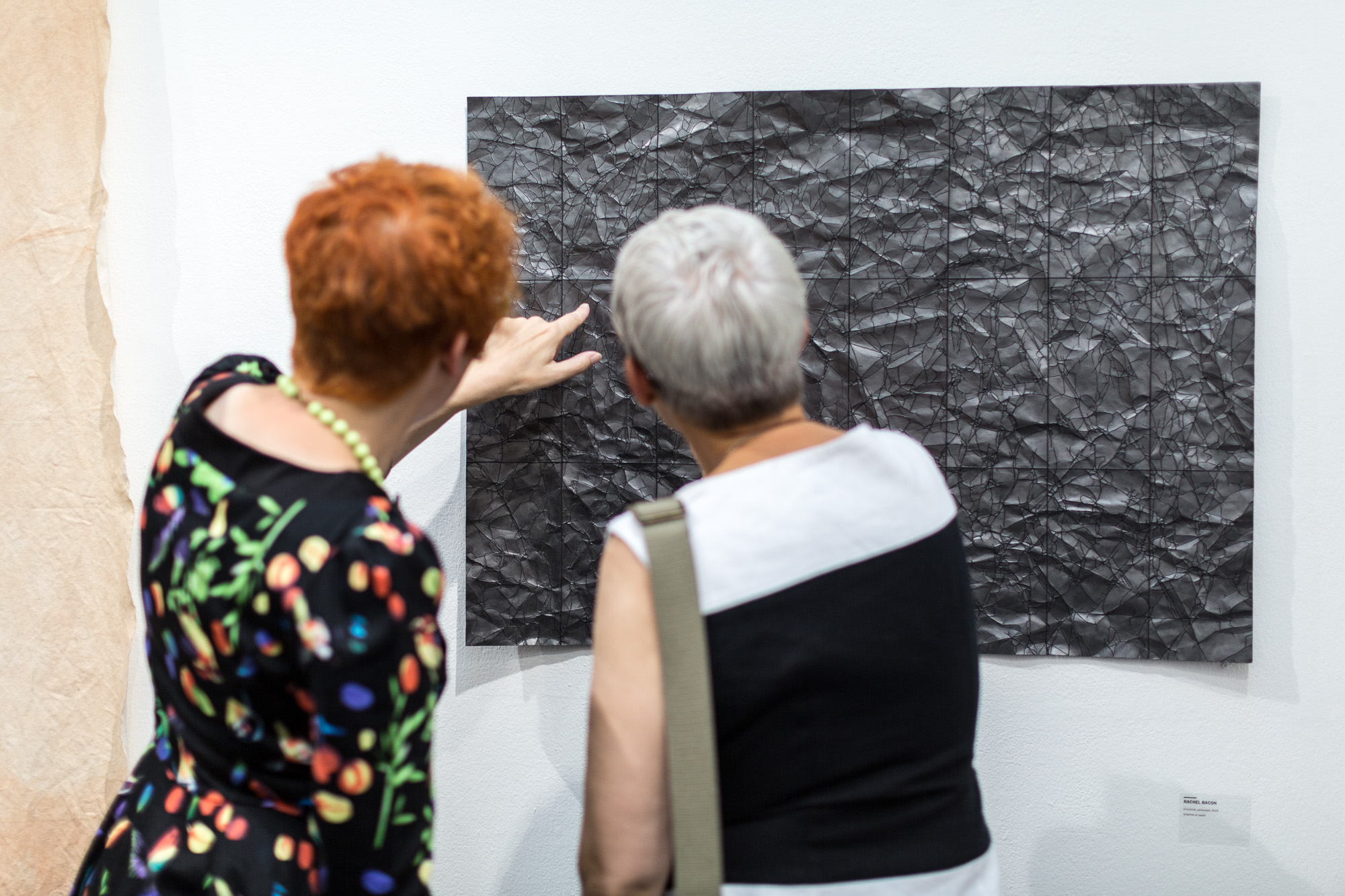 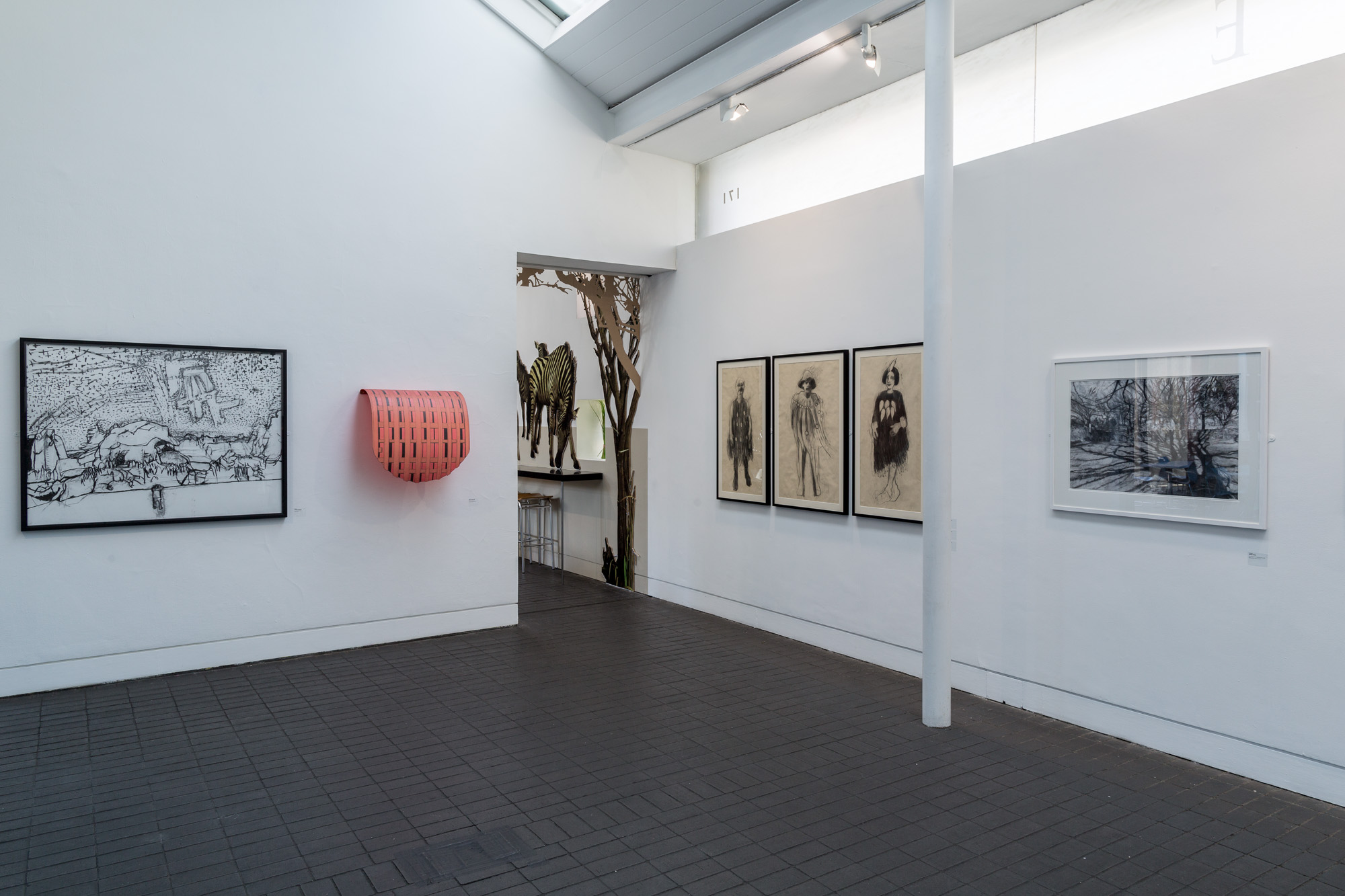 Left to right: Thomas Treherne, Kelly Chorpening, Nicola Grellier, Kevin Tole. (Through the doorway you can see into the cafe showing another project – an installation by Jasmine Johnson, ‘Upright’).

A Wide Variety of Mediums and Surfaces

Shonagh Manson Director of Jerwood Charitable Foundation mentioned that among the projects alongside the Darwing Prize exhibition she enjoyed participating in the ‘Drawing Talks’ 51 drawing responses that will be airing on Resonance FM. Curated by Professor Anita Taylor and produced by Michael Umney, Drawing Talks examines, in twice-daily five-minute programmes, the drawings exhibited in the Jerwood Drawing Prize 2016, by asking viewers to respond to a particular work. 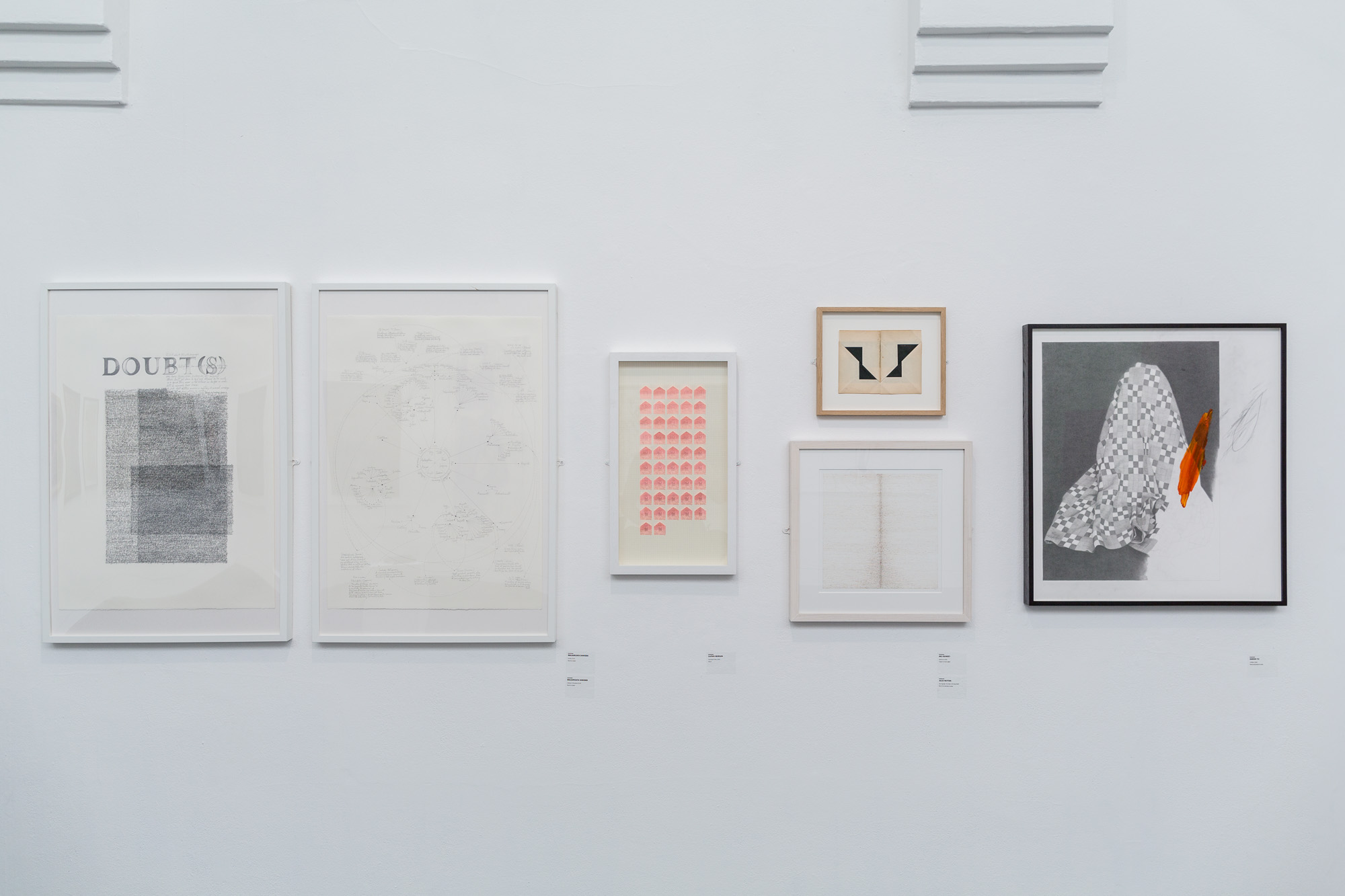 Jerwood Drawing Prize is the largest and longest running annual open exhibition for drawing in the UK; the project was started in 1994. Supported by Jerwood Charitable Foundation through its programme of awards, exhibitions and events, Jerwood Visual Arts, Jerwood Drawing Prize is a unique initiative led by founding Director, Professor Anita Taylor. The Prize is committed to championing excellence, and to promoting and celebrating the breadth of contemporary drawing practice, this year including hand drawn, digital and three-dimensional works. In offering emerging, mid-career and established artists a national platform to exhibit their work, the exhibition has established a reputation for developing new insights into the role and value of drawing in artistic practice today. Jerwood Visual Arts will host a series of evening events to accompany the exhibition. Events are free but must be booked in advance, for more information please visit www.jerwoodvisualarts.org

Jerwood Drawing Prize has established a reputation for its commitment to championing excellence, and for promoting and celebrating the breadth of contemporary drawing practice within the UK.
“The selected works for Jerwood Drawing Prize 2016 represent a plethora of different idioms and ideas by artists at all stages of their careers, from those at the starting block to the very distinguished. It is remarkable then that, once more, all award winners are connected to current or future education and study. Their works are confident and lively examples of drawing today, fresh in outlook and conception; unafraid to source, mine and examine the historic, spiritual, and visceral imagination through the act of drawing” said Professor Anita Taylor.

Glenn Brown has had numerous solo exhibitions including Des Moines Art Center, Iowa (2016); Fondation Vincent Van Gogh, Arles (2016); Rennie Collection, Vancouver (2013); Frans Hals Museum, Haarlem (2013); Tate Liverpool (2009); Kunsthistorisches Museum, Vienna (2008); Serpentine Gallery, London (2004) and Domaine de Kerguéhennec, Bignan (2000). His upcoming shows will be at the Contemporary Art Center, Cincinnati (2016) and Rembrandt House, Amsterdam (2017). His work is represented by Gagosian Gallery and Galerie Max Hetzler.
www.glenn-brown.co.uk
Stephanie Buck is an acclaimed curator and Director of Kupferstich-Kabinett at Staatliche Kunstammlungen Dresden. Stephanie coordinated the activities of the Courtauld Gallery’s IMAF Centre for the Study and Conservation of Drawings from 2010-2016 and is a widely published authority on Northern European drawings from the 15th and 16th Centuries. www.skd.museum
Paul Hobson has been Director of Modern Art Oxford since 2013, following six years as Director of the Contemporary Art Society and former senior roles at The Showroom Gallery, Serpentine Gallery and the Royal Academy of Arts, London. Paul read History at Oxford University and holds postgraduate degrees in Aesthetics and Contemporary Visual Theory. www.modernartoxford.org.uk

Image at the top