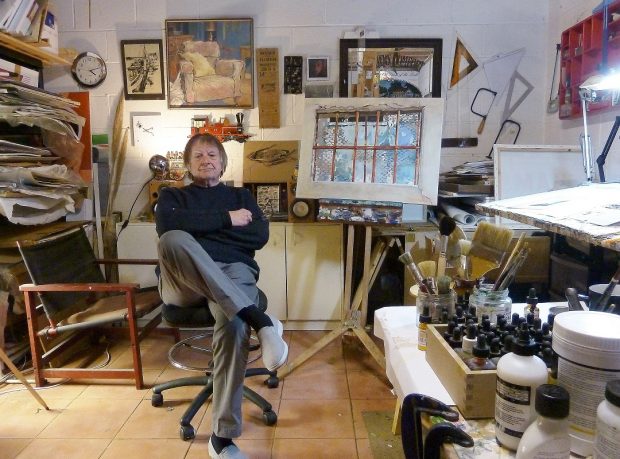 2017 According to…Richard Fowler, Winner of the 2017 Sunday Times Watercolour Competition

Richard Fowler won the 2017 Sunday Times Watercolour Competition with his painting ‘Portishead’, a mysterious painting of forms comprising rectangles of rust, the sky and the bay. The painting is composed as such as it reads like a surrealist collage, or an abstract painting composed of figurative forms. It is void of narrative but full of feeling, texture and colour. The awarding of the top prize to ‘Portishead’ was a refreshing surprise, as it is a work that is neither wholly figurative nor wholly abstract, with an underlying sense of the surreal…added to the fact it was indeed painted in acrylics. I wanted to find out more about the artist behind the work and ask how the rest of 2017 was for him. 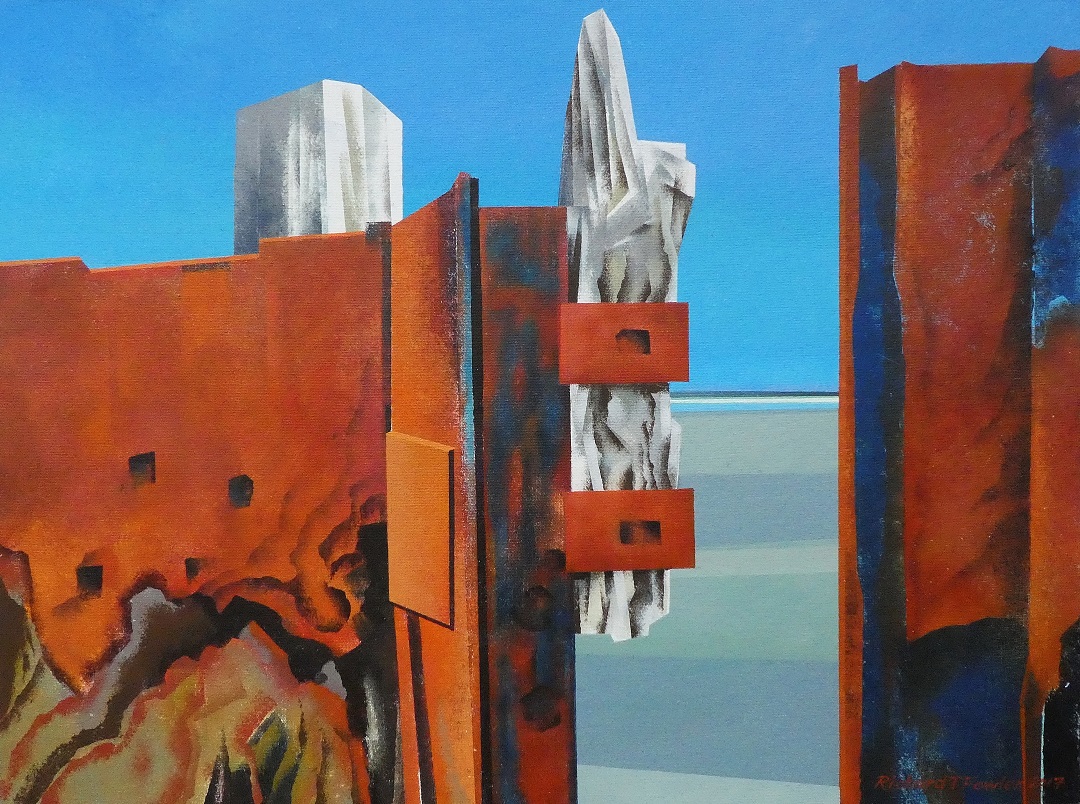 Lisa: Congratulations for winning the Sunday Times Watercolour Competition! What does winning the prize mean to you and how has it affected your practice, if at all?

Richard: I was delighted to win the competition, especially having seen the high standard of the short-listed works exhibited at the Mall Galleries. To have my painting selected from over 1000 original entries by an independent judging panel was, and is, extremely gratifying and reassuring. Validating the many dark winter days in the studio alone with a blank canvas even more! However, apart from a couple of ‘on-line’ galleries showing some interest ; nothing outstanding has occurred…early days perhaps? 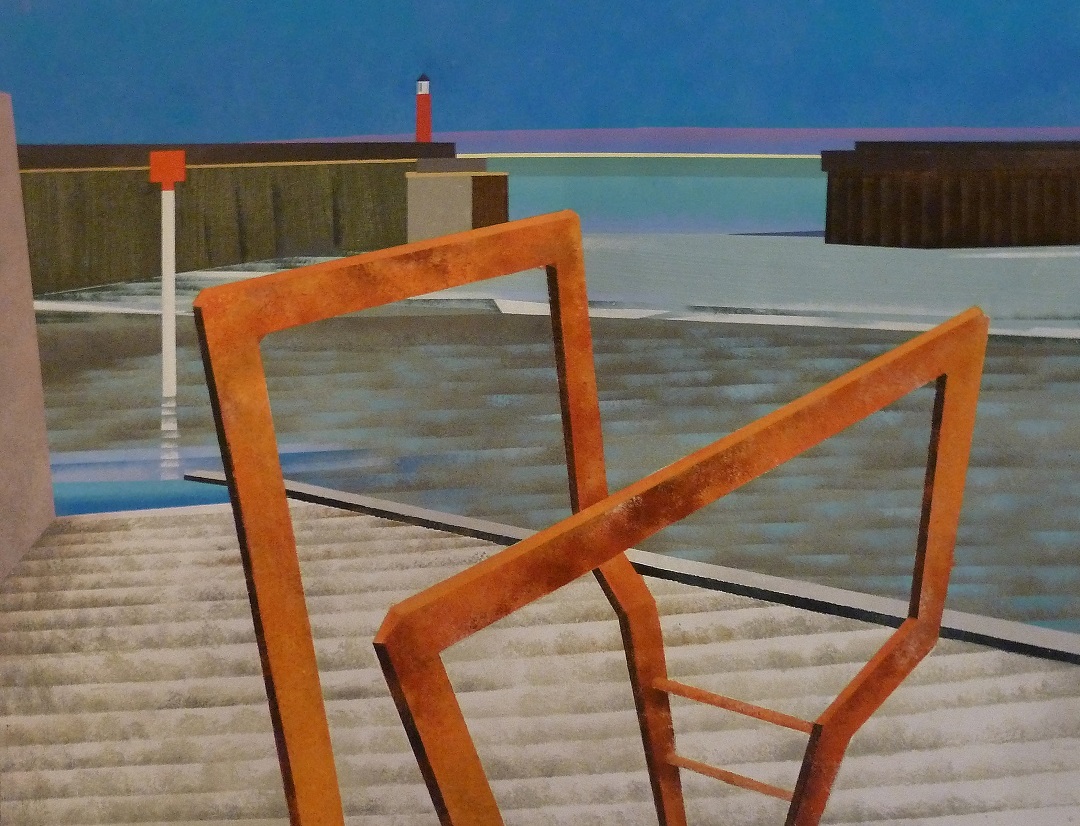 Richard: I suppose winning the Sunday Times Competition should be considered a breakthrough, it has certainly given my painting a good deal of exposure. On another level discovering masking tape works as well – if not better, than low-tack film, could be considered a minor success! Not being selected this year for the RA Summer Exhibition; if not a set-back, was a disappointment, as I considered the paintings I entered were on a par with my ‘Portishead’ image, and a painting that was accepted in a previous year. 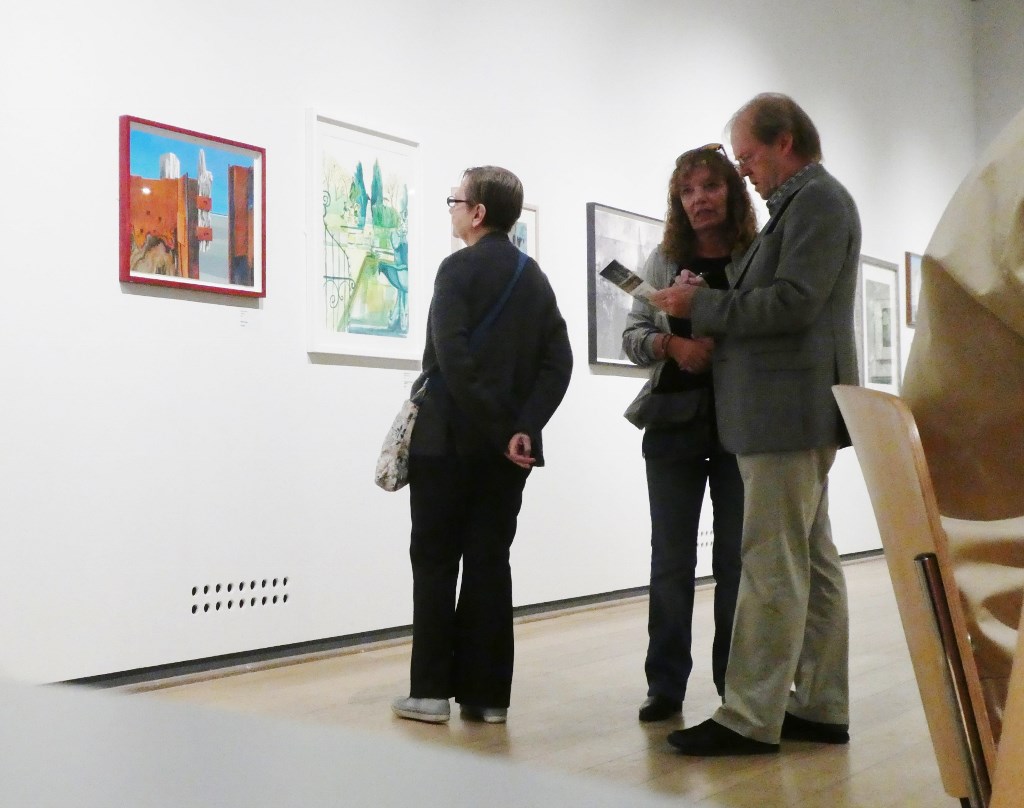 I have viewed several Ravilious exhibitions over the years and have always appreciated his particular use of water colour. The landscapes without figures but with man-made paraphernalia are always satisfying. The Pallant House’s permanent exhibition is always entertaining and I also saw the current Bomberg exhibition held there. Seeing the many varied works ‘in the flesh’ for the first time. I enjoyed both exhibitions. 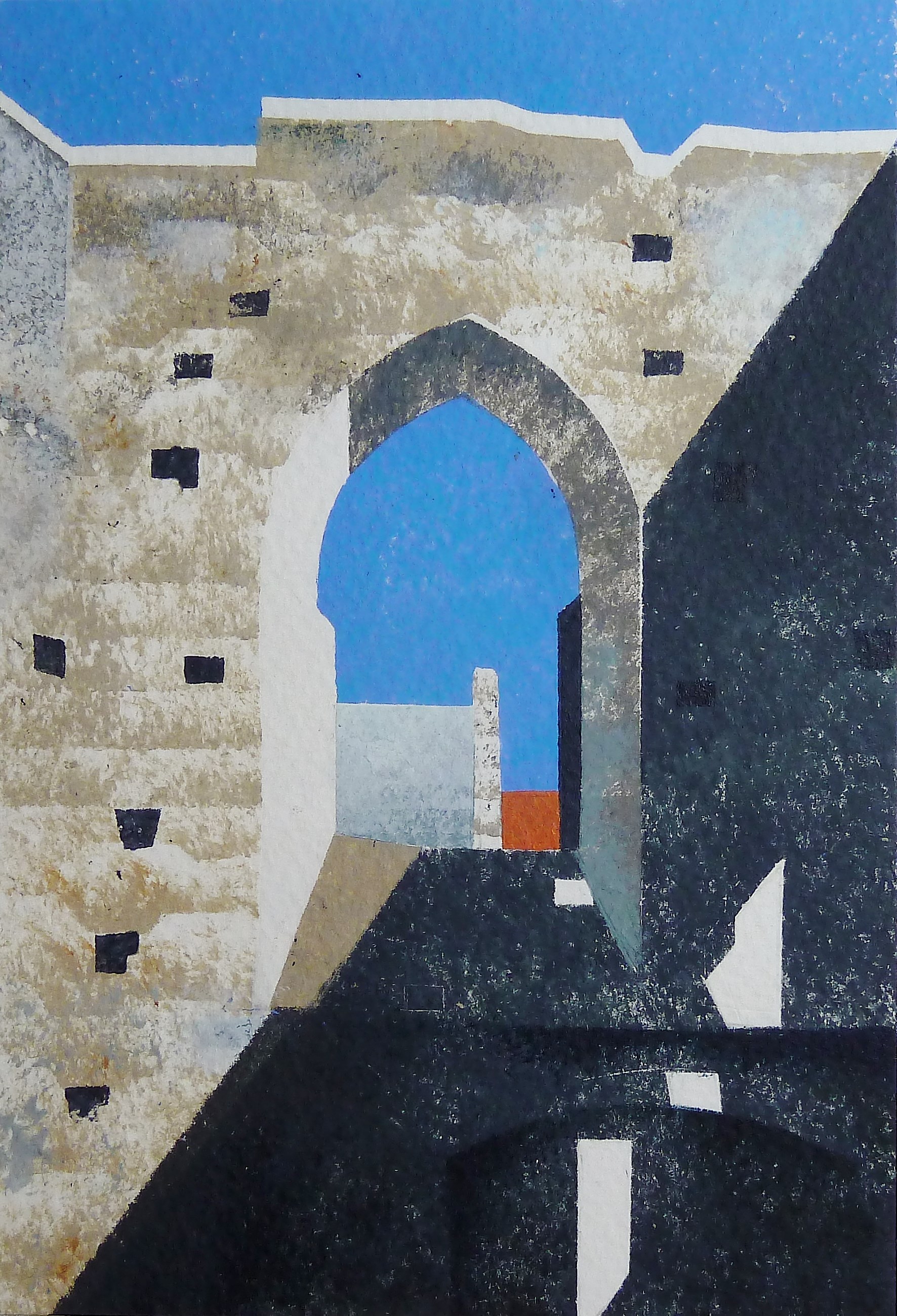 Richard: To continue developing the atmospheric aspect of my painting; exploring the abstract qualities within the subject matter. I have long been fascinated by the effect nature has on man-made structures; the co-existence between industry and the natural world. My intention is to work on a series reflecting this, using images from the area around the Thames estuary. Starting with Two-Tree Island. 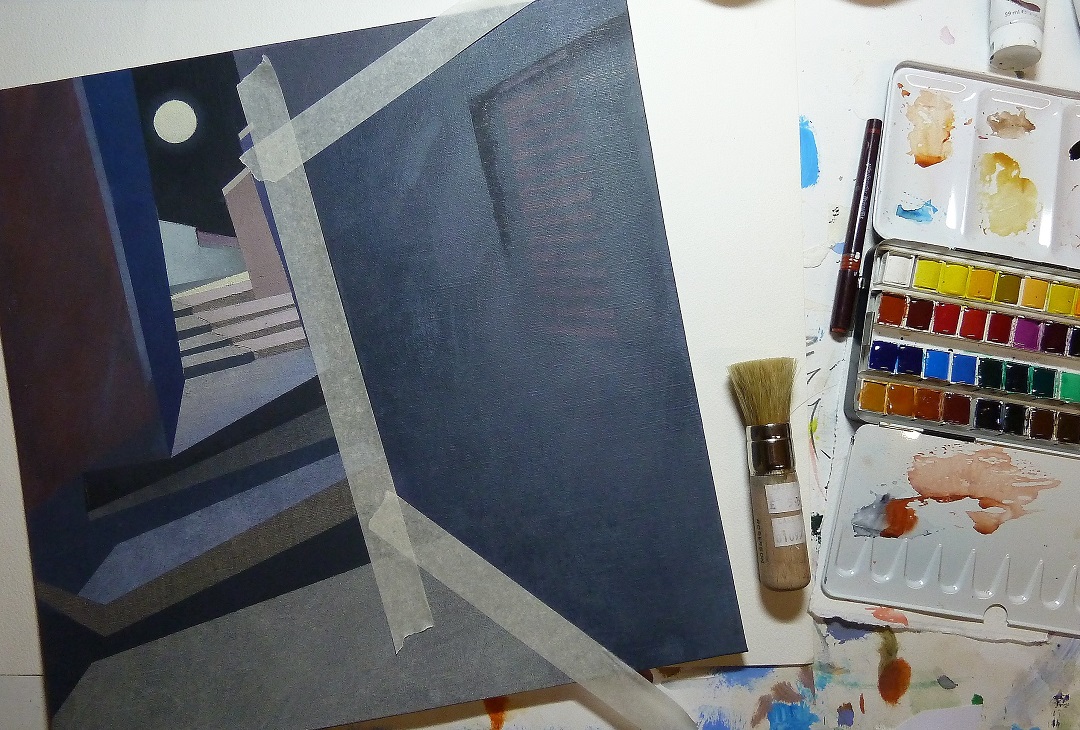 Richard: I don’t think I can say I love or prefer one medium to another. They all have individual merits and draw-backs. However, I have used acrylic for most of my work this year because of its quick-drying properties. Facilitating the over-painting of strong colours and textures in a rapid manner. 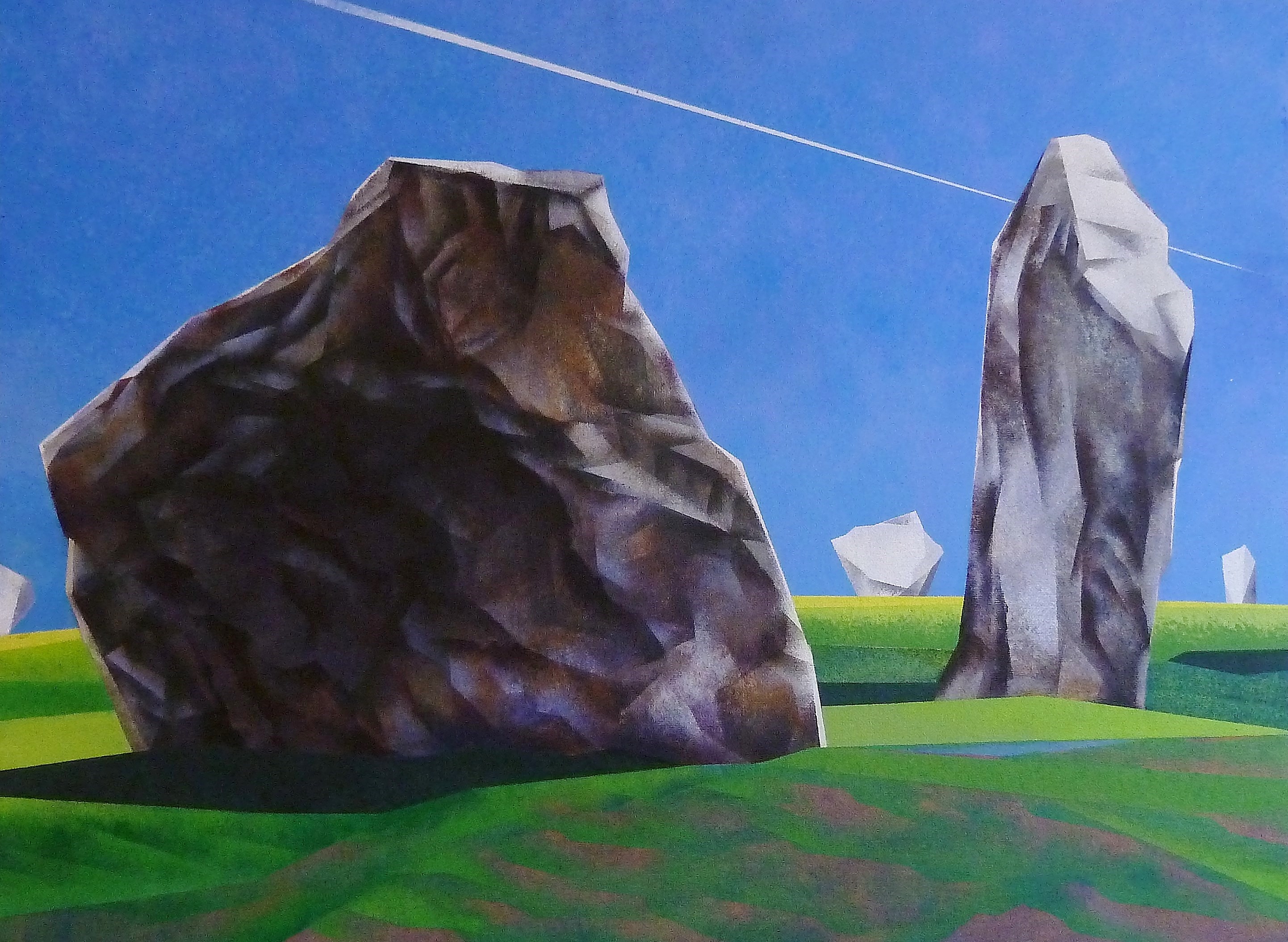 Richard: Can’t think of anything one lesson in particular; to have several paintings or projects on the go at any one time, going off at tangents, keeping an open mind, and exploring all possible treatments of a chosen subject. Following things through but knowing when to stop. However, I’m sure I already try to do this! 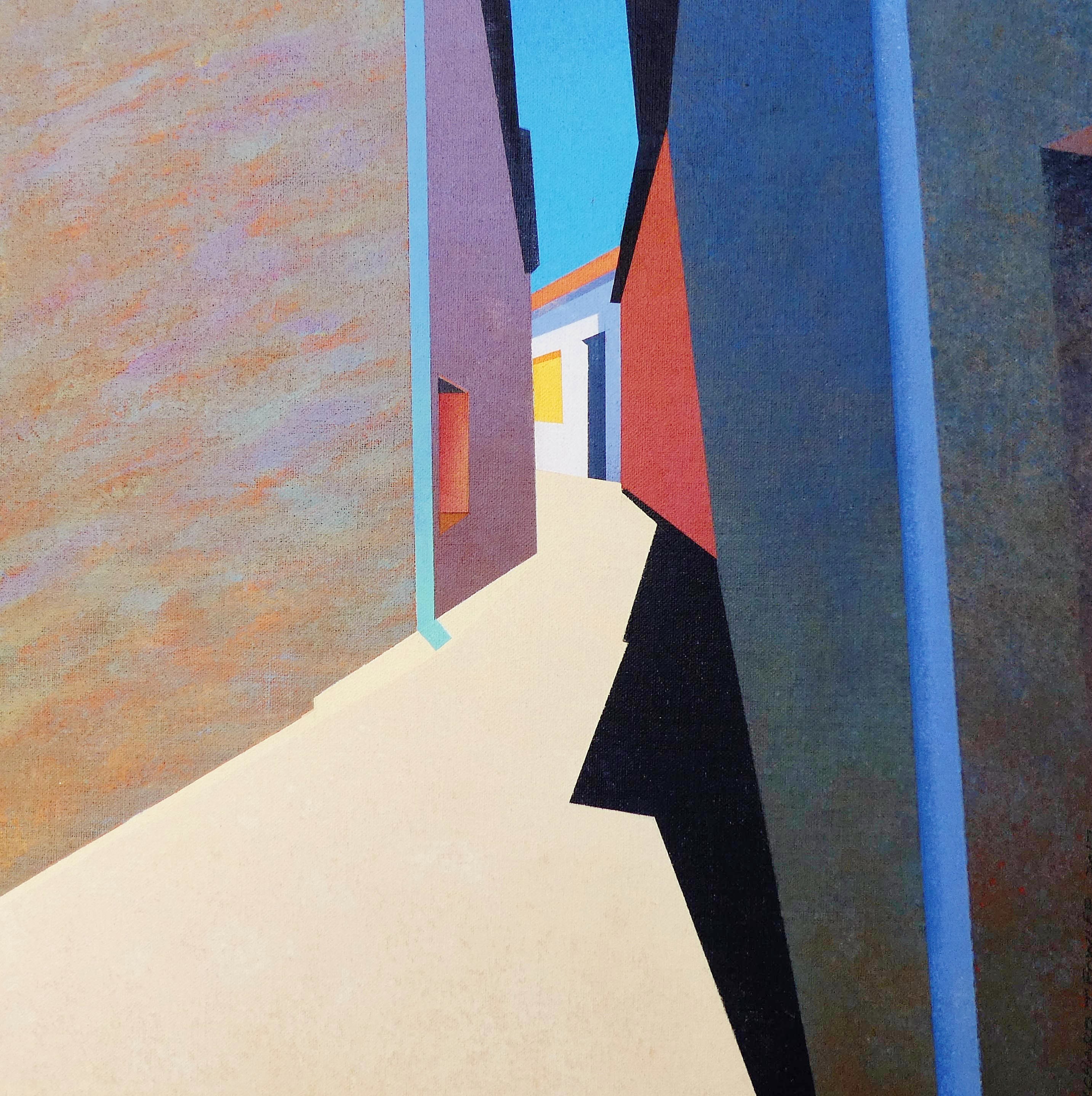 Richard: Has to be ‘Portishead’. I have previously painted several oil paintings on this theme – by changing to acrylic based paint the image quickly came together and I feel I achieved the sharpness and atmosphere I desired. A cumulative result of all the work that had gone before. 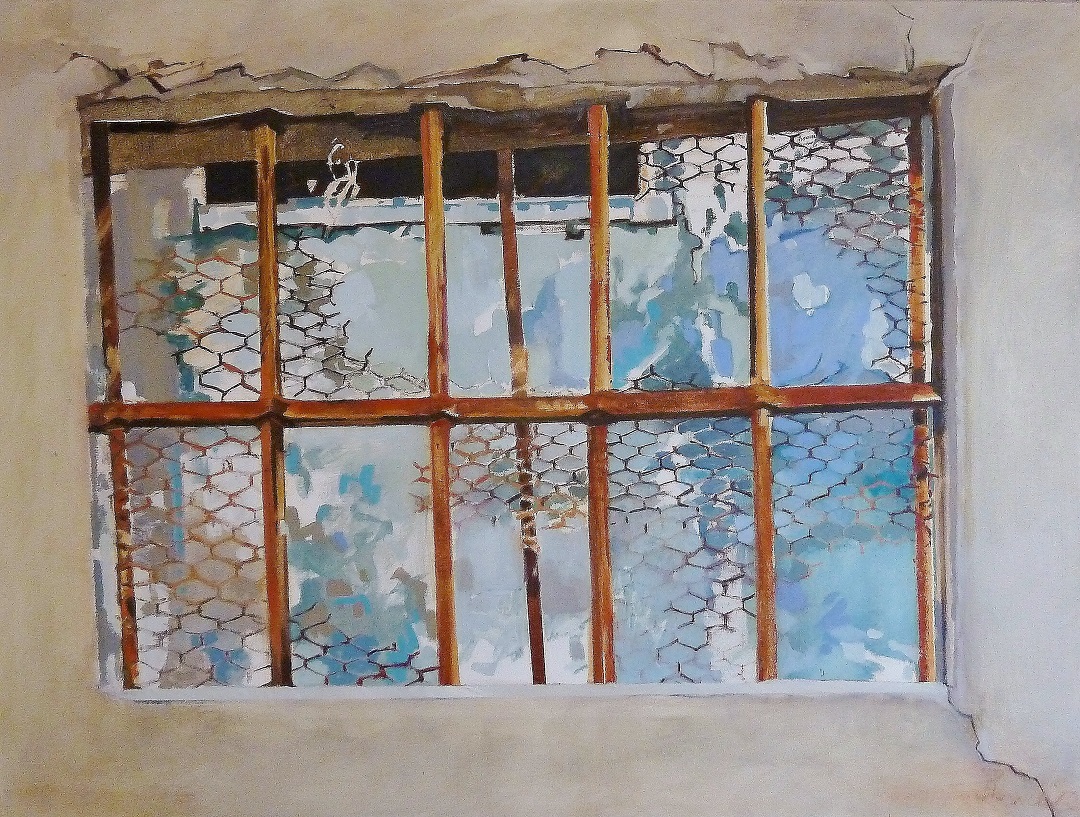 Richard: I have been talking to an old friend, also a fellow illustrator/artist. To stage a bipartite exhibition of our recent work; this could take place in the autumn of 2018. 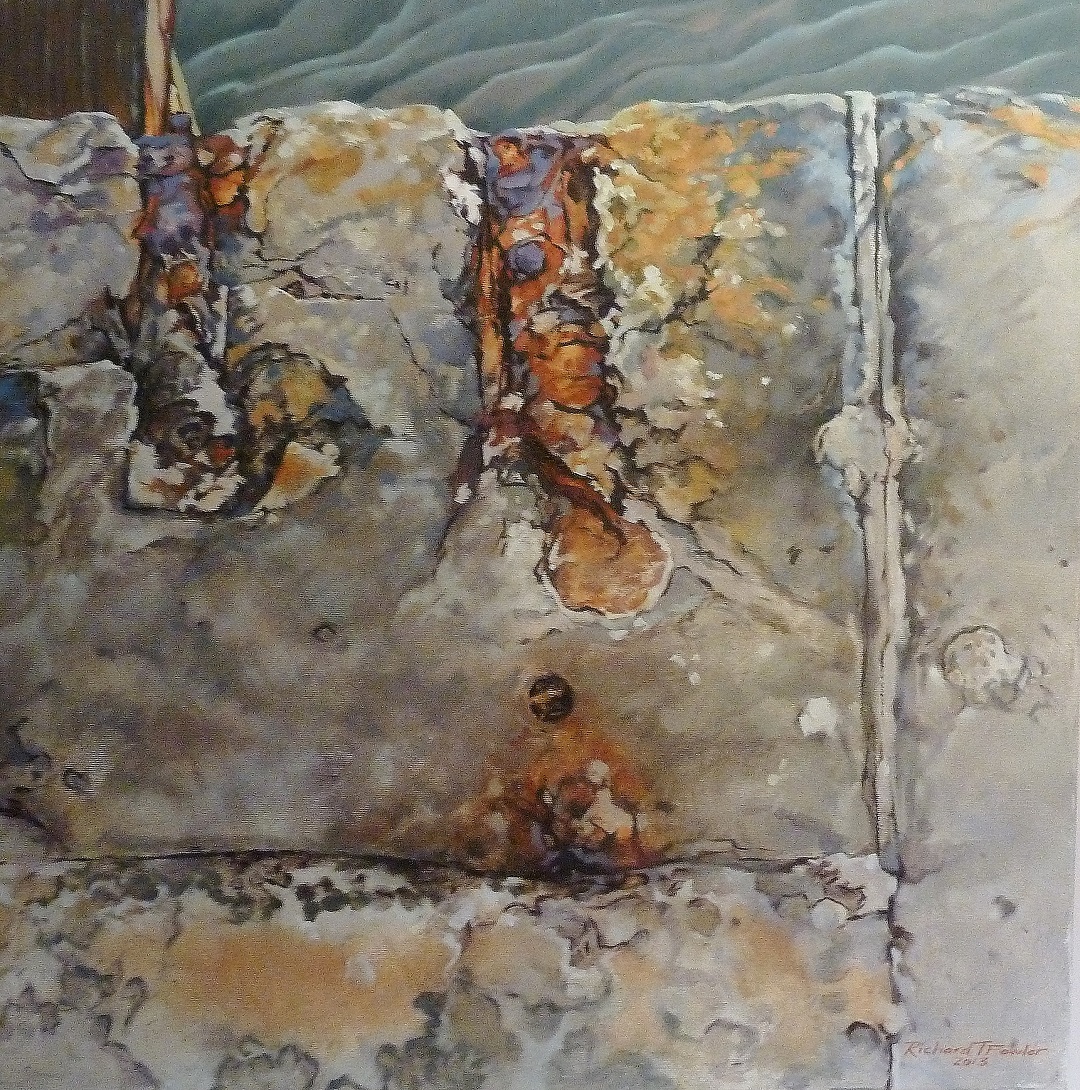 Richard: At present a selection of work can be seen on my web site : www.richard-fowler.com – this includes book illustrations, paintings, drawings and photographs from the 60’s to the present day. Otherwise ‘in the flesh’ my paintings can be found in various private collections and on the walls of my house and studio. 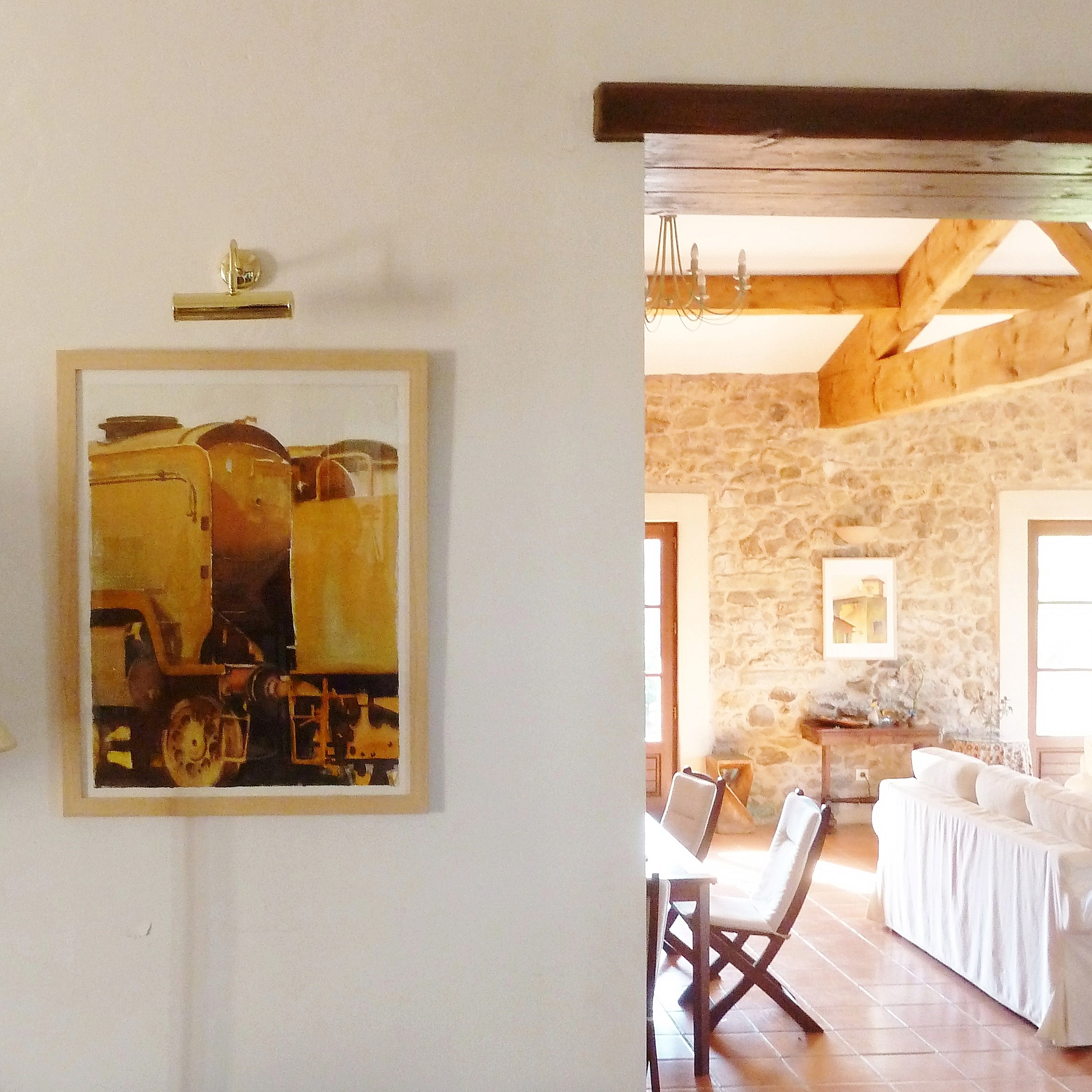