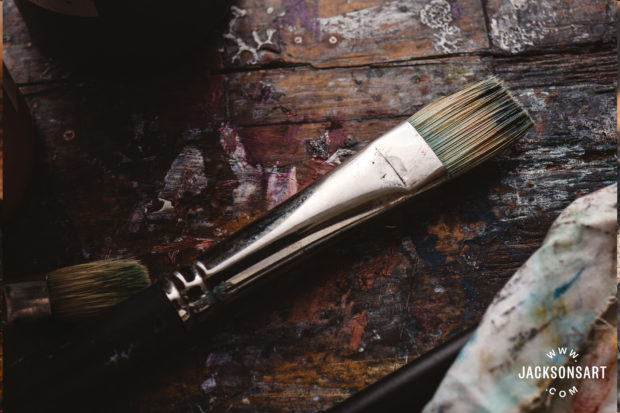 The Development of Synthetic Brushes

The use of animal hair in artist brushes has developed over many centuries and, over time, the industry has learnt what hairs are best for each specific application of colour. The use of synthetic filaments started in earnest during the 1970s and is now the most commonly used brush hair.

The History of Synthetic Brush Filaments

The first synthetic filaments for brushmaking were developed by Dupont in the USA during the 1950s, mainly for the decorating industry. Their development was given urgent impetus by the USA banning the import of Chinese bristle. The primary filament used was nylon (brand name, Tynex) that was extruded, mechanically tapered, and then tipped and flagged to resemble pig bristle. 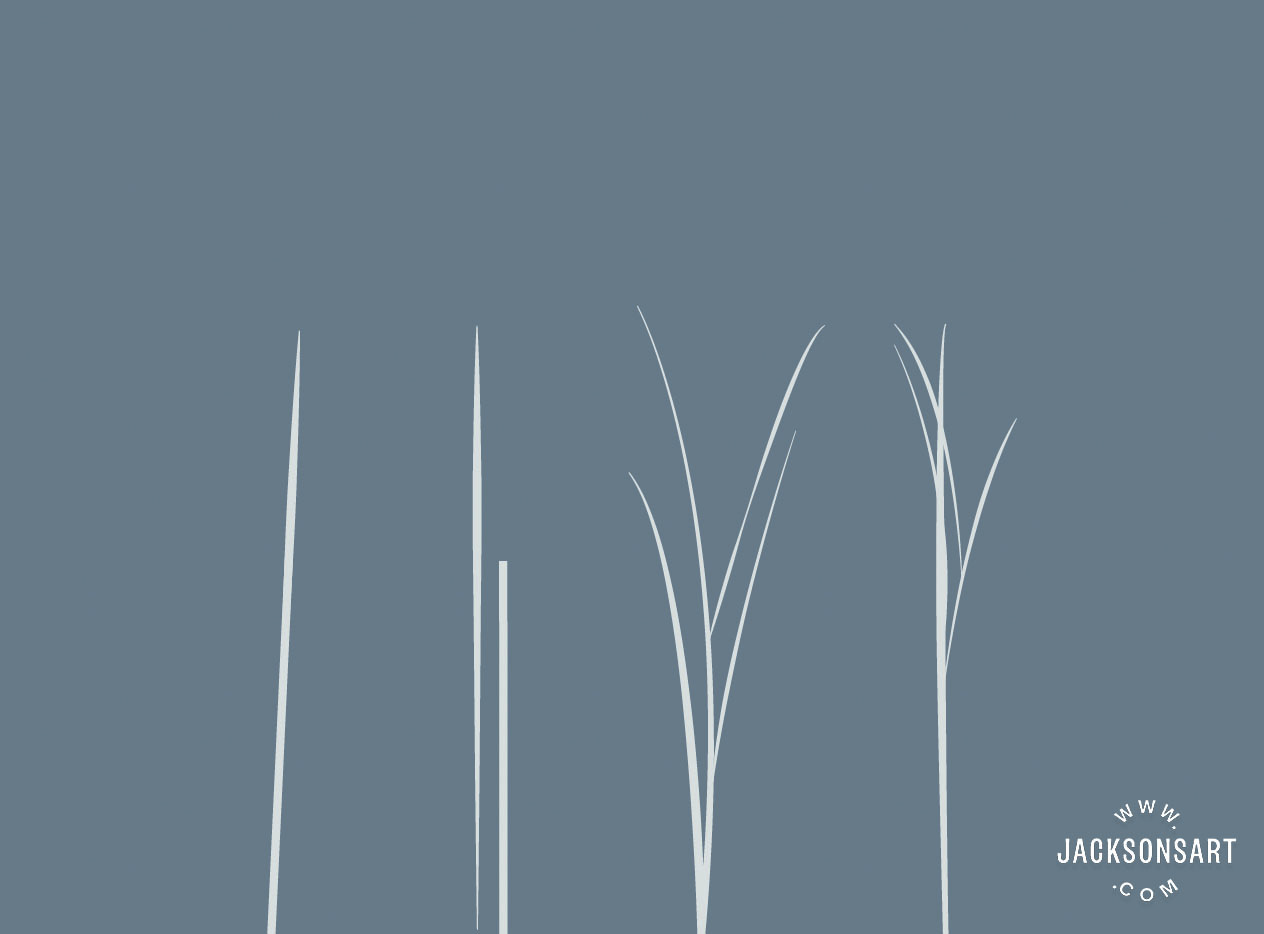 Today, nylon is still widely used for paintbrushes. But for artist and cosmetic brushes, this filament is not a good alternative to natural hair, as it is too stiff and has no fine tips.

The breakthrough for the artist brush market started in the 1970s, when Dupont found a way of chemically tapering polyester filaments. But, as the market was seen as being too small for them, Dupont sold the patent to Toray Industries of Japan. Toray developed the process with input from Japanese brush companies, notably Takamoto (who used their brand name, Taklon). The only other company to produce chemically tapered filaments at that time was Teijin. Because their filament was slightly different, it didn’t infringe on Toray’s patent rights. During the ‘80s, Toray licensed the patent to a Korean company, Kolon, but, once the patent expired in the ‘90s, many other firms started production.

Over the past few years, the industry has become heavily involved with the use of synthetics, as many customers feel synthetics are more hygienic than animal hair, and more ethically acceptable. Artist brushes need to be able to apply a spectrum of media, from very wet to quite dry mediums which has led to difficulties replicating animal hair. We are now able to add many features to synthetics (different diameters, taper ratios, crimps, hollows etc) which means it’s now far easier to replicate animal hairs. However, animal hairs have certain attributes that still make it problematic to totally replicate them.

The Challenges of Replicating Natural Hair

The real holy grail is trying to replicate kolinsky sable that has unique characteristics which make it the best hair for use in fine artist brushes. An artist is looking for various facets in a brush:

Kolinsky is the only hair that manages to do all this well, due to the unique structure of the hair. It has very fine cuticles along the follicle which control the pick-up and release of paint. It also possesses a belly, meaning the hair is thin at both the root and tip end. So, when the hair is put into a brush ferrule, the belly sits in the middle, this gives the required strength/snap. It is now possible to create synthetics with scales on it but to date, many believe that nothing matches pure kolinsky. 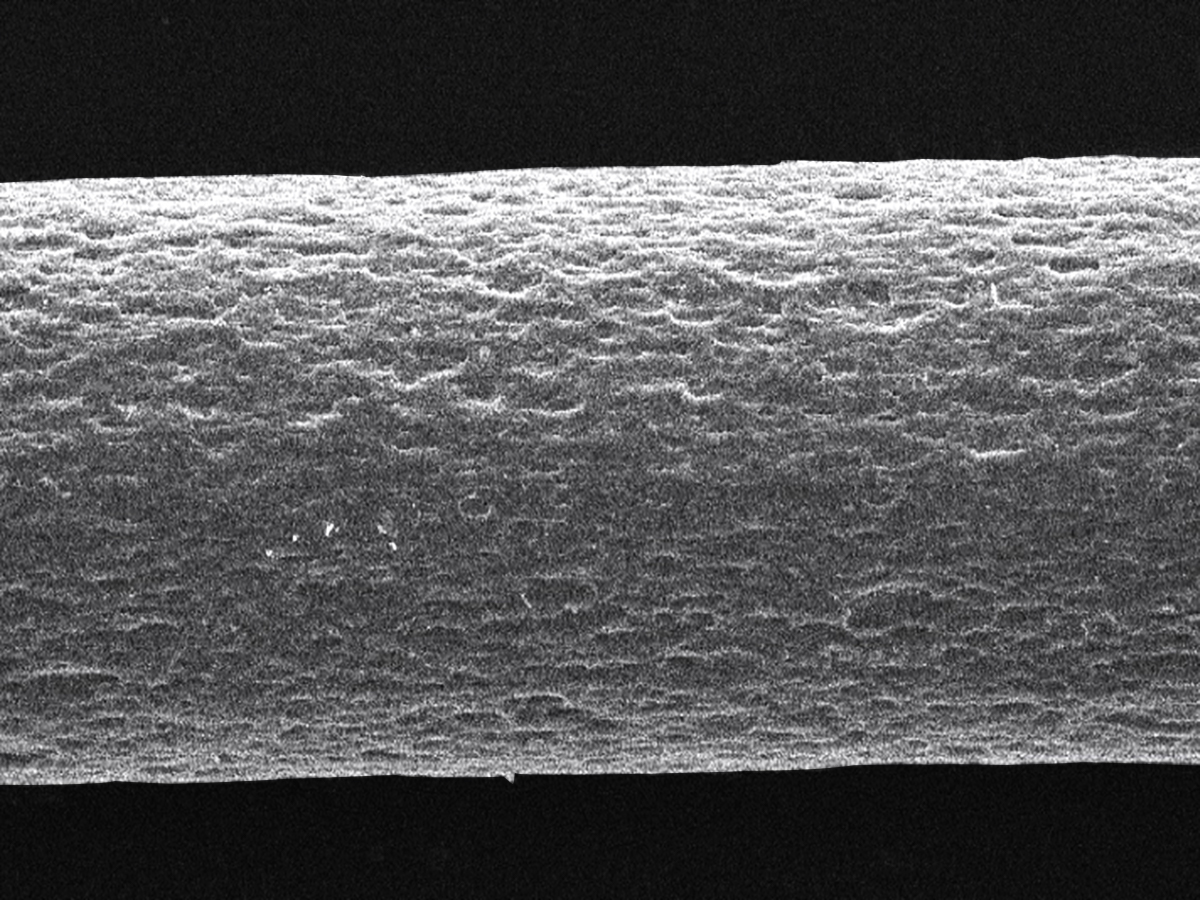 A close up of a synthetic brush filament, replicating the scaly surface of natural kolinsky sable hair.

In many brush catalogues, you will see synthetic replacements for many types of hair, such as mongoose, badger, squirrel, hog bristle etc — all these replacements are made using similar polyester filaments, but are adjusted to resemble the animal hair. So, for example, a mongoose imitation hair is dyed five to six times, to resemble the colour, and a thicker diameter is used to resemble the hair’s strength. Heavier gauges of synthetic brushes are able to replicate the hollow core that natural mongoose hair has. This acts as a well for the paint, but it is harder to reproduce this hollow in lighter gauges.

Another item that is not straight-forward to imitate is hog bristle. The best type of hog bristle comes from South West China and is known as Chungking. It is very stiff with fine flags, that make it perfect for oil painting. In order to replicate the bristle, a heavy gauge fibre is required and then it needs to be either ground, or mechanically tipped, to split the ends open. 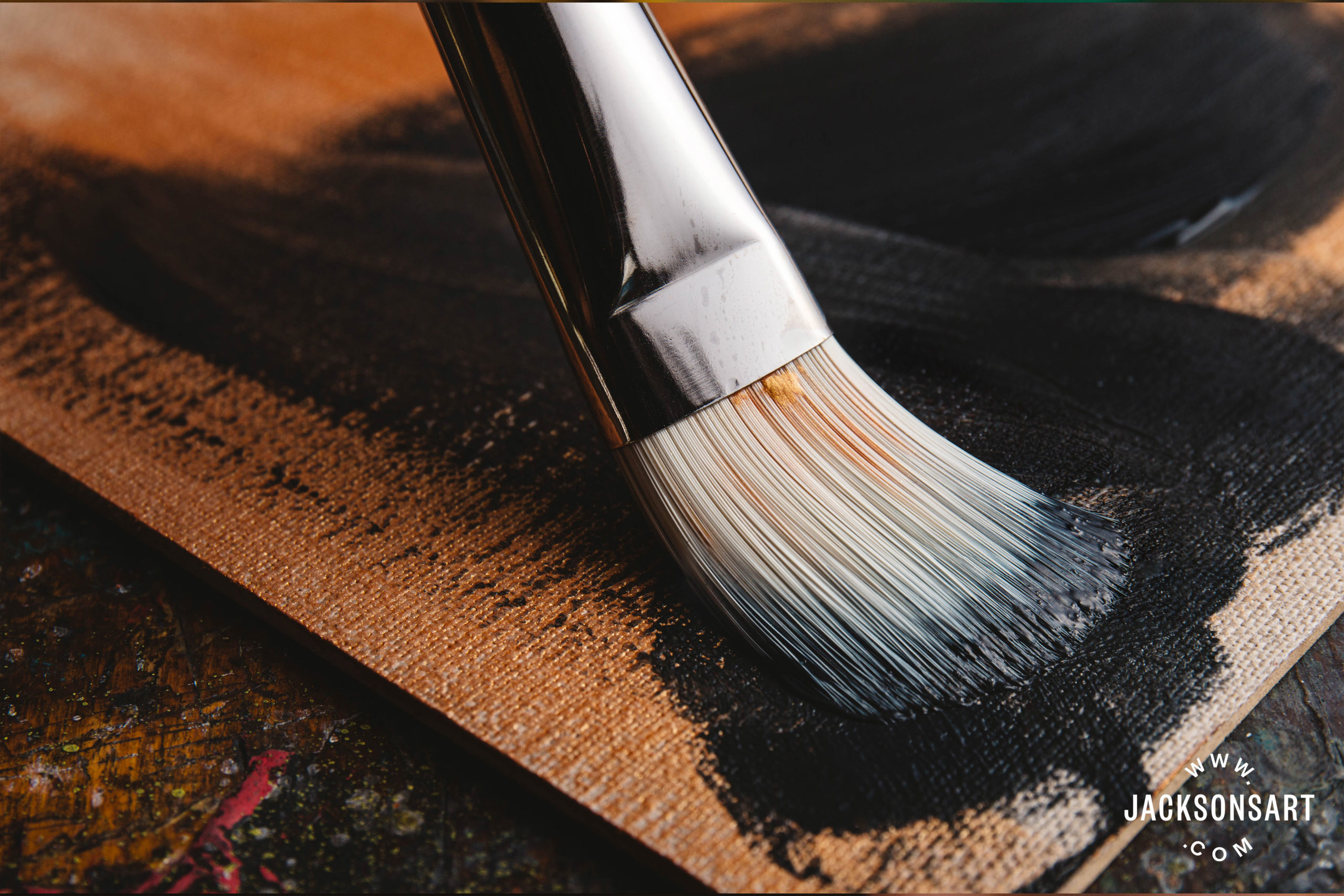 Squirrel hair is the softest of all hairs used, and the challenge for filament producers is to extrude an as-fine-as-possible filament that still has enough strength to make a brush. A very light wave is added to the extrusion, and anti-static agents are added to stop the fine filament from splaying. This creates a very suitable alternative to squirrel. 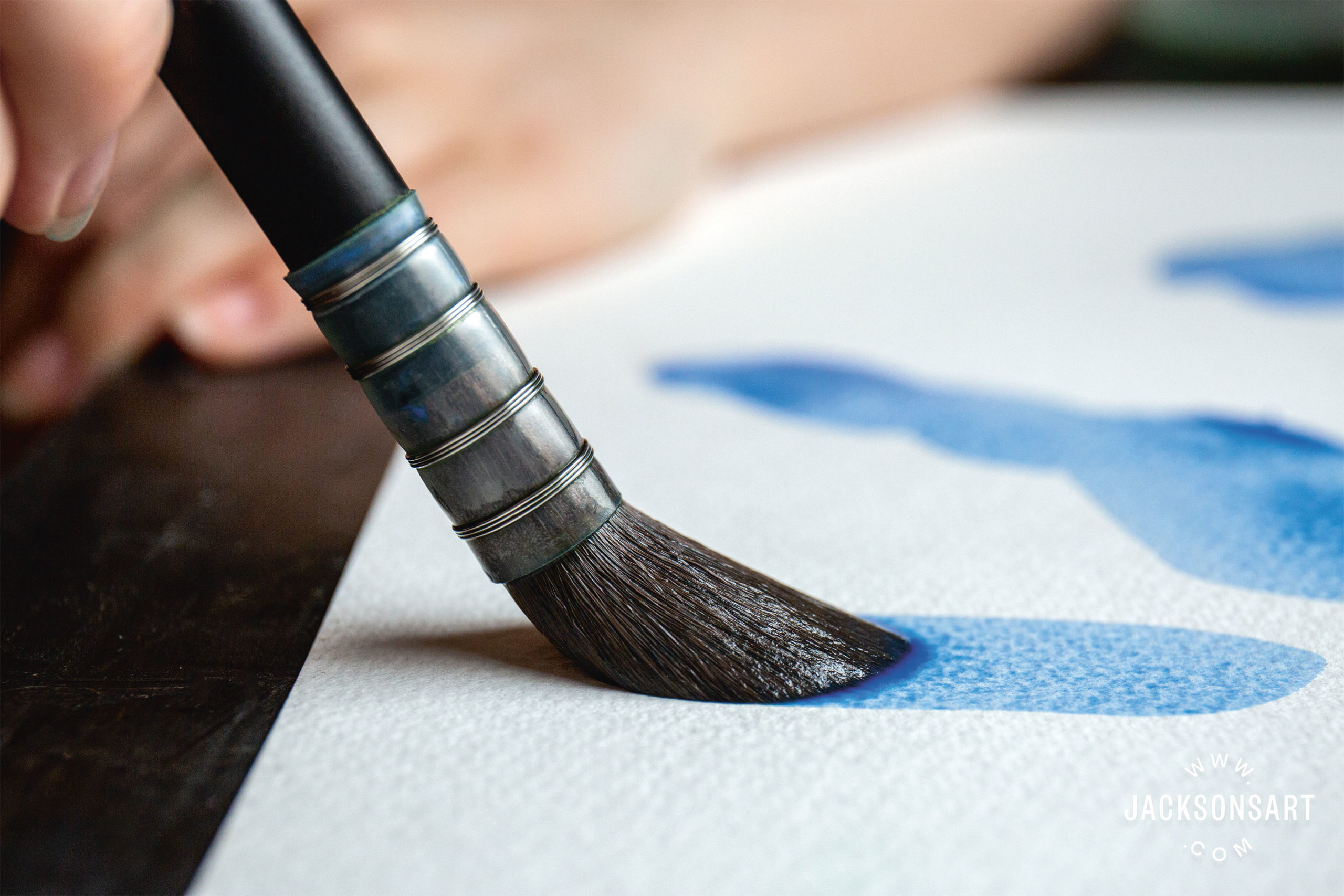 Natural hairs are becoming more and more expensive as suppliers are becoming scarcer, meaning more artists are moving towards using synthetics. As this happens, the investment in the technology that is developing synthetic replicas is increasing. This means the quality of synthetics is only going to get even better in the coming years.

We're excited to introduce our very own range of a

Paper making requires a supply of clean water and

Make sure you're subscribed to our newsletter for

Etchr's range of sketchbooks are a great starting

Schmincke Horadam is one of our best-selling water

Based in Erlangen, Germany, KUM is the world's lea