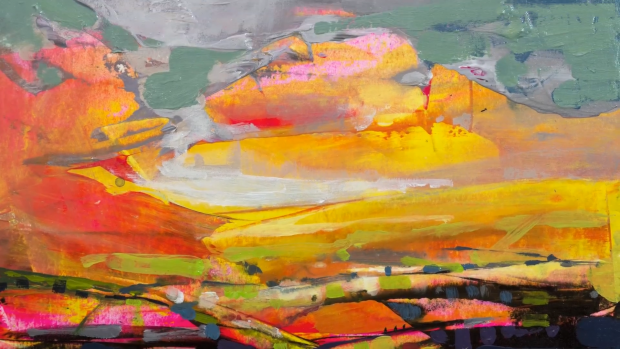 Scott Naismith tried a selection of Jackson’s Artist Acrylic Colour and made a video about it!

Scott Naismith is a Scottish artist who paints lively, oil and acrylic paintings of his country’s spectacular landscapes. We thought he would be a great artist to test out Jackson’s Artist Acrylic Colour.

Scott uses comparison as a method of testing the paints and is “directly comparing Jackson’s Acrylics to market leaders, Golden” in his video.  He comments, “The black and raw umber are really full bodied and thick, the emerald green is quite thick too” and after testing on a palette, “they are generally holding their shape well” adding, “the opacity of the Cadmium Yellow is really good”.

After various testing he concludes, “The wet paint dries the exact same shade as the wet paint, which is a good sign of a good quality paint” and “Jackson’s Acrylics are a good a price. Compared to Golden Acrylics, which are much more expensive, Jackson’s more than matches up”.

The products featured in the video:

Scott Naismith is showing at AAF Amsterdam until Sunday. He will be at New York Art, Antique and Jewellery Show from November 20- 24, as well as having a feature of 8 paintings in Morningside Gallery in November with the date TBC.

On Nov 30th Scott’s first book, “Scottish Skies” will go on sale. You can pre-order it here.