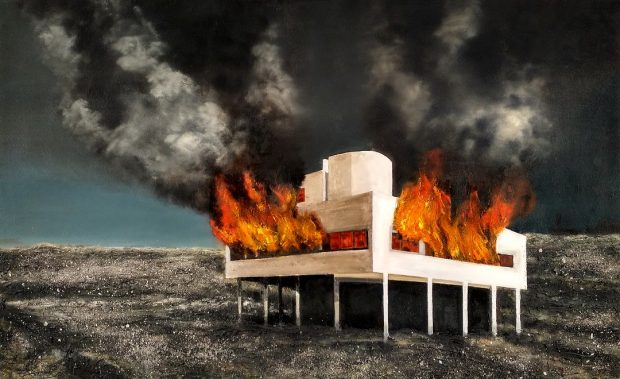 Back in 2016 Jarik Jongman won a runner-up prize in our inaugural Jackson’s Open Art Prize for his painting ‘ House (2)’. The painting depicted a modernist building teetering precariously on the side of a hill, painted with an eerie, post-apocalyptic mood. Void of human presence, the painting seems to look back on an era of great promise, at a time when it feels that the promise has long since faded.  Since JOAP 2016 Jarik has won the Luxembourg Art Prize 2017 with his painting ‘It’s Gonna Be Great, It’s Gonna Be Fantastic’, a depiction of Donald Trump’s penthouse suite as a dilapidated decaying shell. With under 6 weeks’ remaining until the deadline for the Jackson’s Open Painting Prize, I contacted Jarik to find out more about his work. 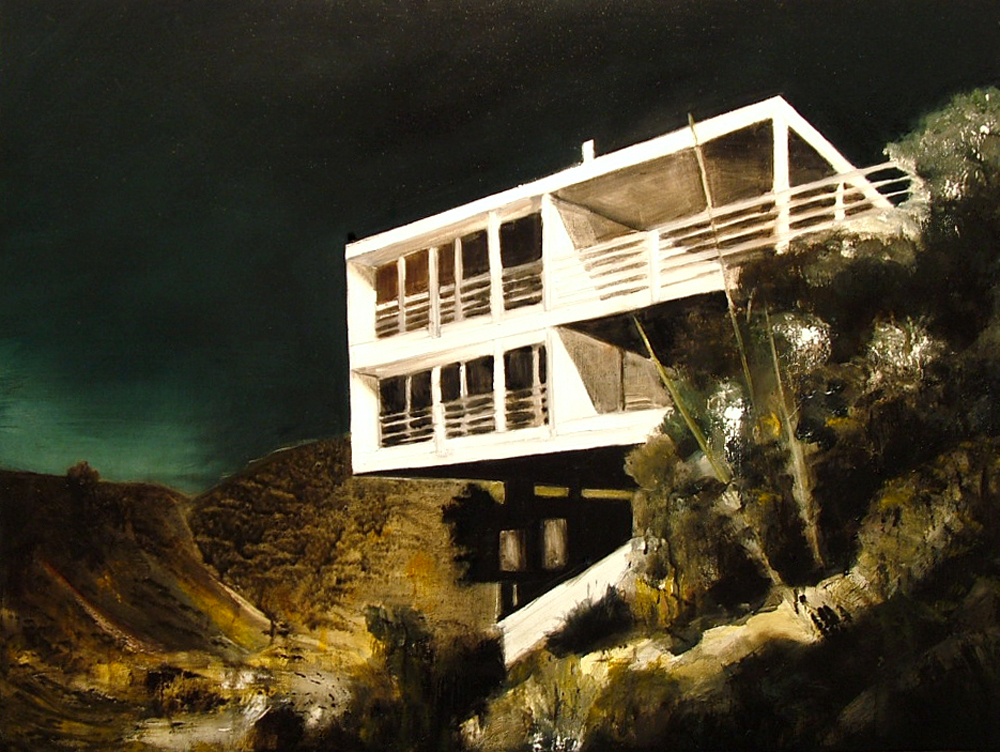 Lisa: How important are art prizes and recognition from others to your practice?

Jarik: Very important, but not intrinsically: the joy (and struggle) of the creative process is ultimately – in the case of a painter – an individual, solitary experience which is its own reward. But it’s essential in helping you build confidence and in creating a platform to further develop your practice. 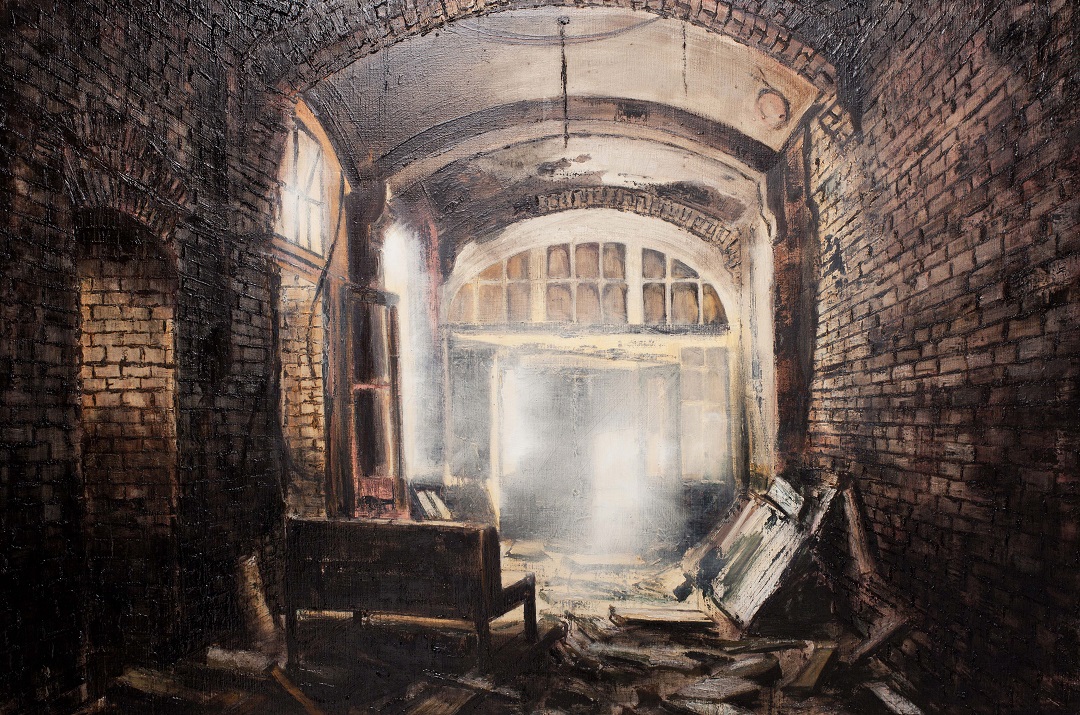 Lisa: In your work you seem to be drawn to abandoned, man made spaces. What are the ideas you are exploring with this work?

Jarik: There is a distinct melancholia connected to abandonment, especially where the function of the space is lost beyond recognition. A new kind of beauty is created: by the forces of nature and time, but also by the viewer. Ultimately, the viewer is creating the artwork in his mind. Some of these empty spaces I paint are abandoned waiting rooms. There, an extra layer is added: A waiting room is a room where time or life, seem suspended. We are temporarily put in a situation where we cannot act. And we do not have to. It is not expected of us. It offers a moment for contemplation, with responsibility temporarily lifted. We like to think that we make choices in life, decisions made by our free will. But perhaps our sense of control is an illusion. Ultimately there is the fear, the realisation even, that everything is pointless, that all is in vain. What if waiting is in fact all we are capable of ? 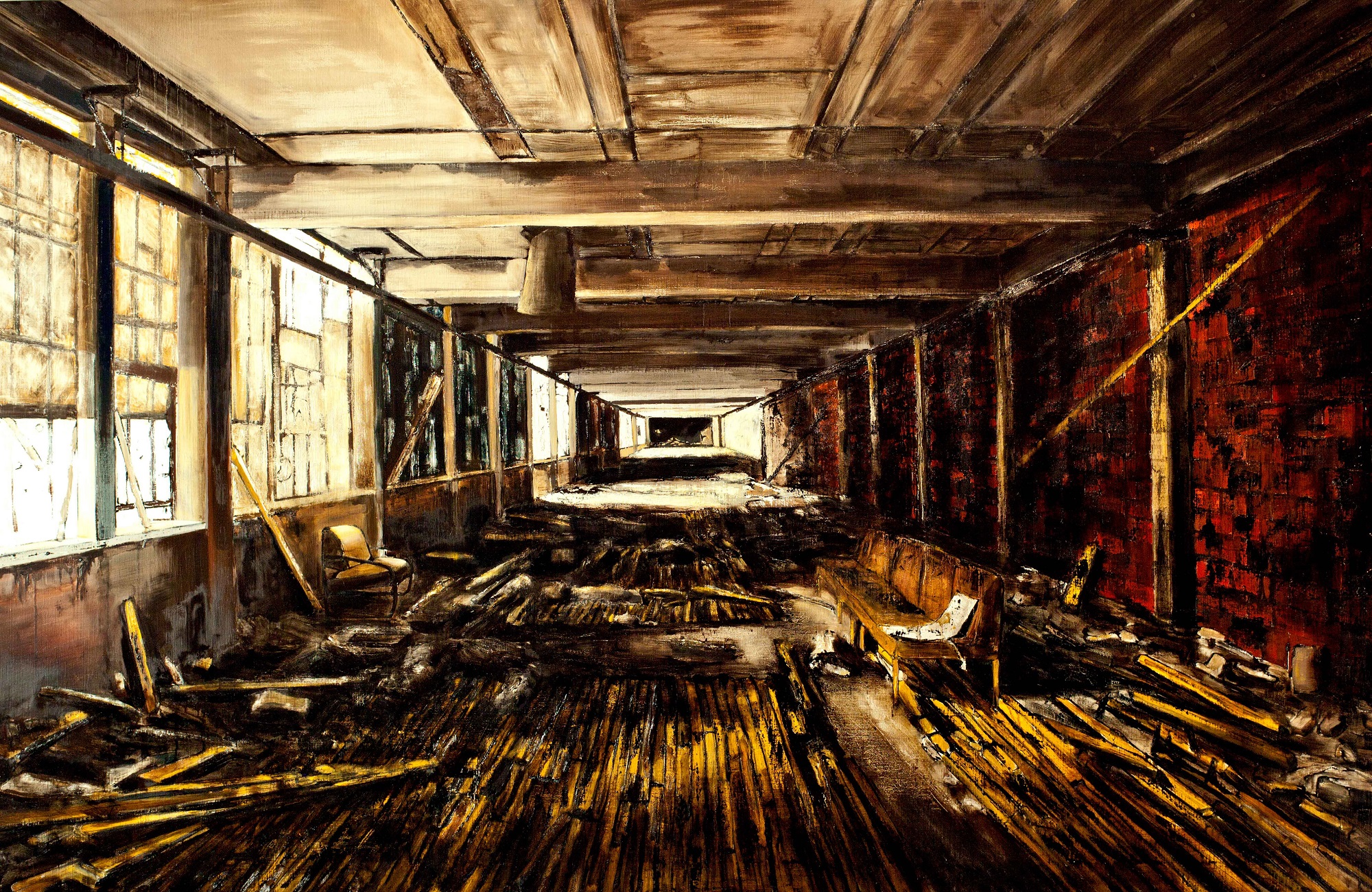 Lisa: I have to ask you about your time working for Anselm Kiefer! How do you think it shaped what you do in your own painting?

Jarik: It was a very interesting experience to have worked for him. Although arguably, I could have done a better job as his main assistant (although he had downsized from over a dozen to just two), he encouraged me to work harder at being an artist myself. Soon after I left I was lucky to get into the anti-squat system in Holland, whereby you can temporarily rent massive spaces for very little money. I started emulating his style a bit, creating huge canvasses of concentration camps using thick layers of plaster and adding sand and straw. I later destroyed these works because they clearly weren’t autonomous enough. I needed to go through that process but then had to move on. Although I still see some of those elements in my work I’m more relaxed about it; he is now one of many whom I have internalised and incorporated. All artists go through these processes, to a degree. 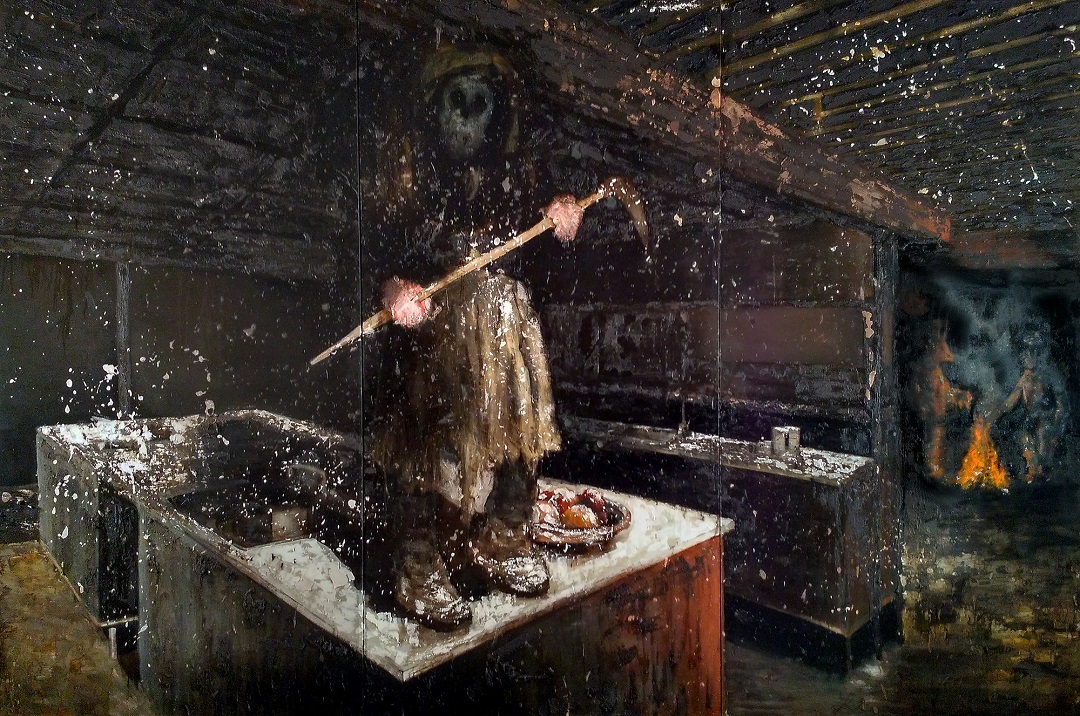 Lisa: Can you describe the place where you most enjoy making your work?

Jarik: I definitely need a studio. I need to have the environment under control, with music, a projector and floodlights; I’m not too fussed about natural light: it changes too much. Enough room for canvasses, tools, a sofa. And a fridge! All mod cons I guess, but the geographic location is secondary. Besides the Netherlands, I’ve worked in the south of France, in Berlin and Poland. Every place brings a different energy. Right now I’m working both in Holland and the UK. 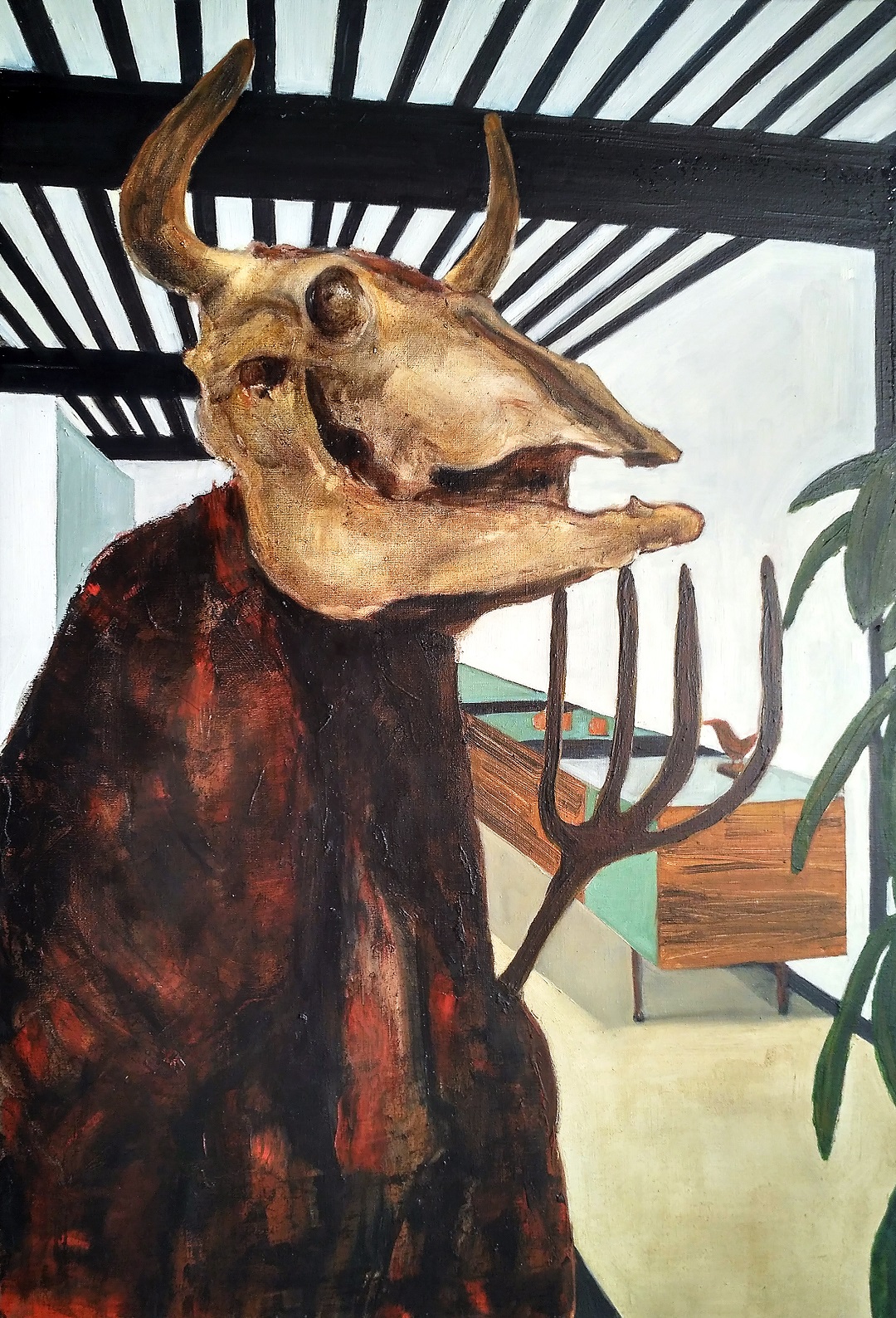 Jarik: I generally use the found imagery as a basis for paintings, by way of projection. When I use my own photos, I tend to print them and then overpaint. And sometimes I exhibit them as photography. 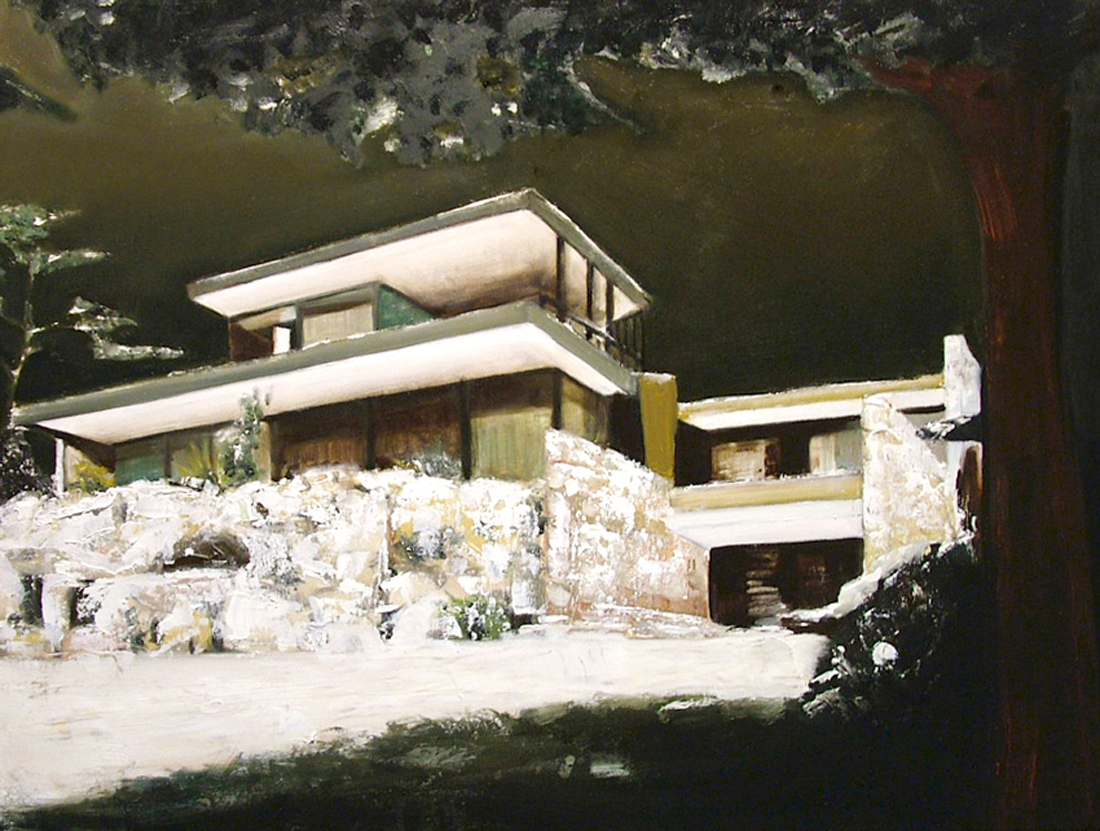 Lisa: What was it about modernist architecture that fascinated you in particular when you painted ‘House 2’ (your entry for JOAP 2016)?

Jarik: I have taken modernism, or more specifically, modernist architecture, as a departing point for the idea that it used to embody an – often utopian – spirit, harbouring ideal visions of human life and society and a belief in progress. Modernism was very much concerned with the coming together of a new architectural form and social reform, creating a more open and transparent society that believes in human perfectibility in a godless world. In many ways this idealistic notion of progress and optimism is under threat, considering the current situation: socio-economic pressure, immigration, the refugee crisis, international terrorism and climate issues are causing anxiety on a global scale. Underlying the feeling of dread and lack of control that these issues provoke, has been the emergence of our post-truth society. Hence also the references to Trump in some of my latest work. 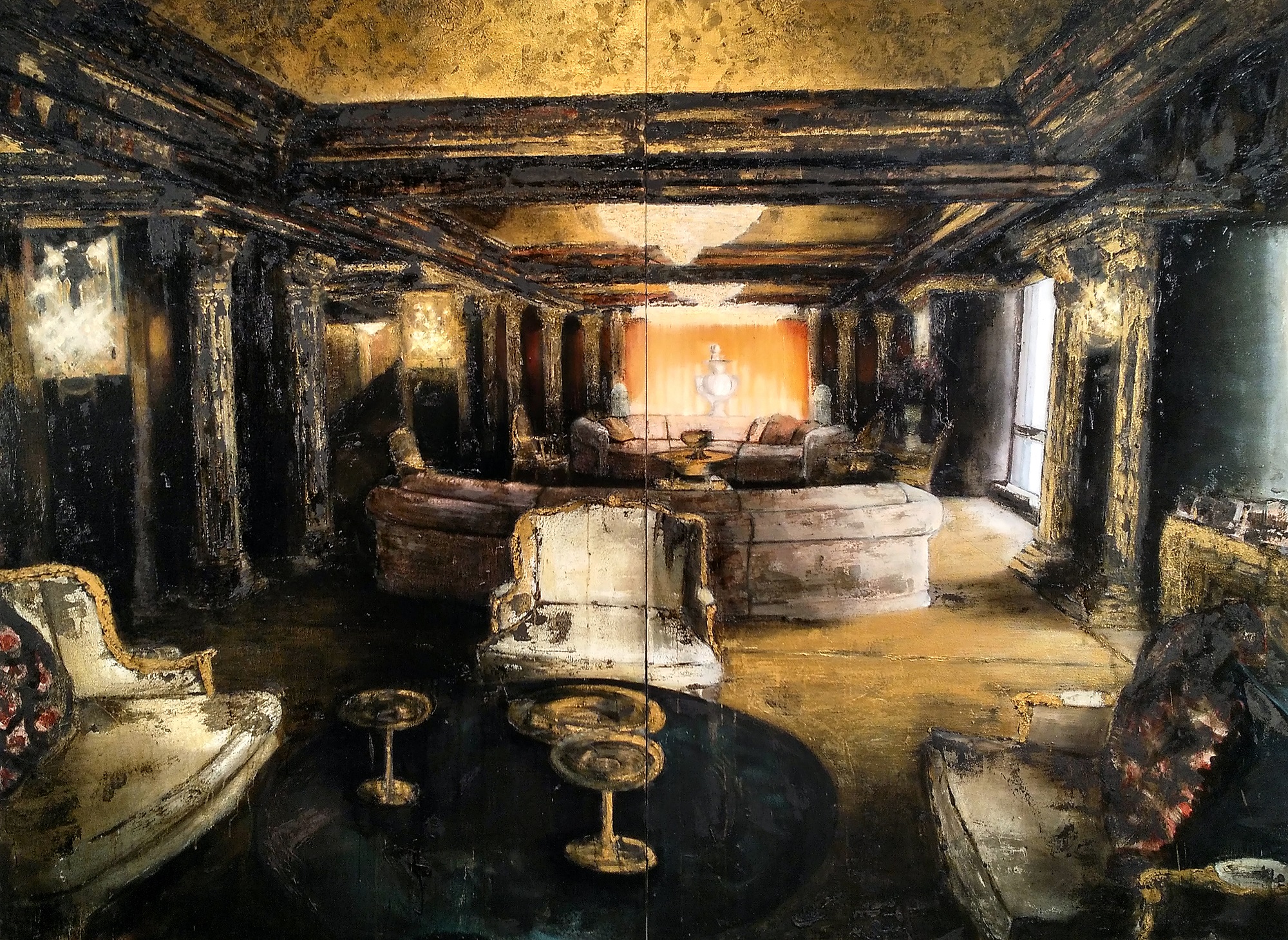 Lisa: What paints do you like to work with and what qualities do you look for in your paint?

Jarik: I don’t have a particular favourite brand: I tend to look for the most economical oil paints on offer. That is usually student-quality although the downside with those is that the quality of the pigment isn’t that great.

Lisa: How important is it that you ‘paint’ the photos that you work with, as opposed to just presenting the photos themselves? What does the process lend to the subject matter?

Jarik: I do present my photos occasionally; I’ve exhibited a series of photos of Sachsenhausen concentration camp and a scale model of a dilapidated space with miniature figures. But I don’t aim for technical perfection with them. On the contrary; I use a Lomo camera or a mobile phone to create bad pictures. Unfortunately mobile phone cameras have become too good nowadays. But for me the photo is usually just a basic framework from which to start. The process of applying paint generates endless new possibilities and means of expression, often by chance even. 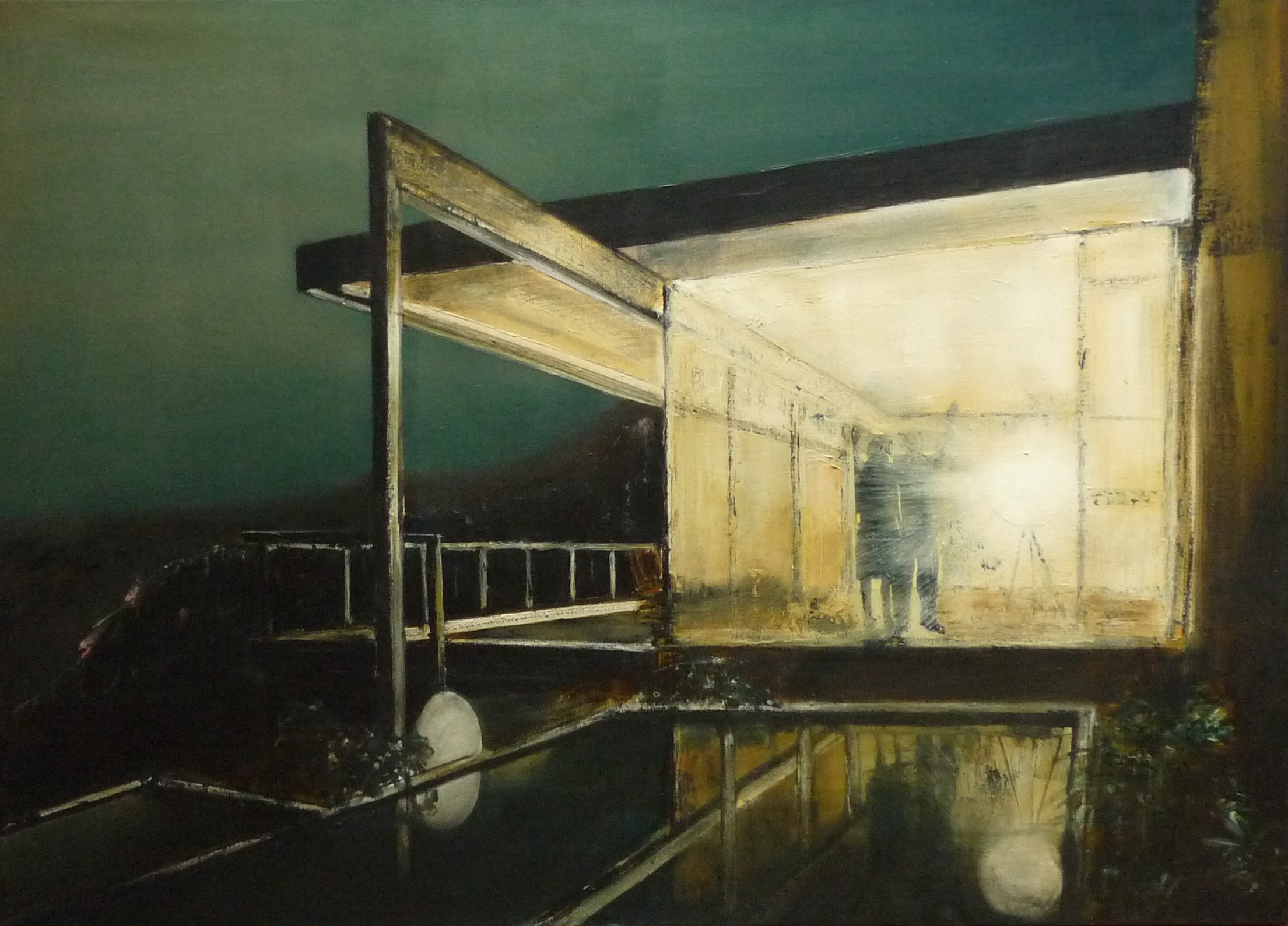 Jarik: Since I recently was fortunate enough to win the Luxembourg Art Prize with a painting called ‘It’s Gonna be Great, It’s Gonna be Fantastic’ of Donald Trump’s NY penthouse in decline, I have continued to work within this theme of ‘modernism/progress under threat’ which I’d already been working on for a couple of years, off and on. 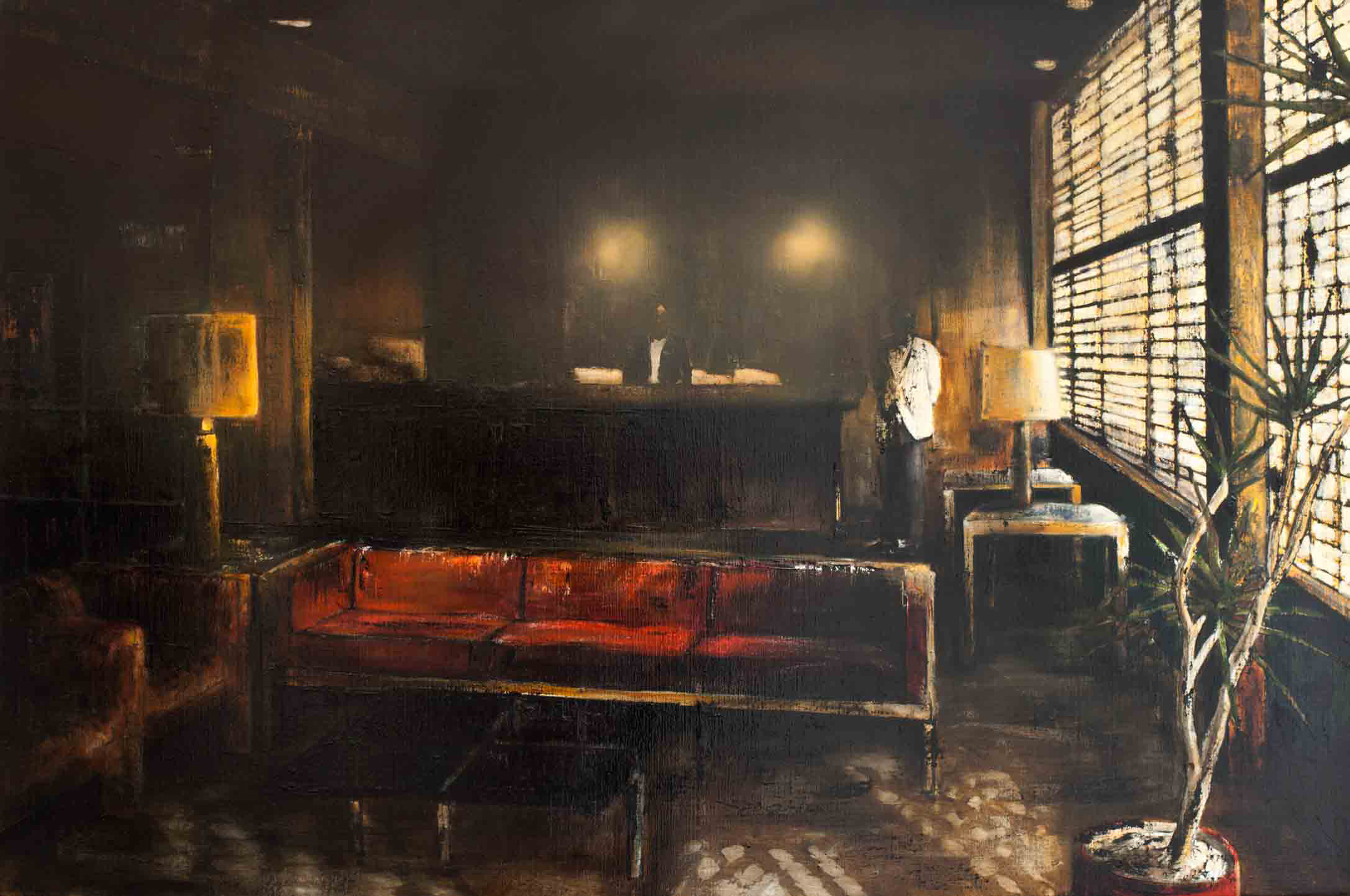 Jarik: My website is in serious need of an update but it gives an overall idea of what I’ve been doing over the years. There are also some videos on You Tube and Vimeo, mostly about a performance project that I’ve done a few times: in London and internationally: it involves members of the public destroying a series of my portraits of top dogs from the art world, by means of magic markers and paint bombs; I then finish them off with a blow torch. And  later this year there will be a solo exhibition at Galerie Hervé Lancelin in Luxemburg, following the award. As for exhibitions in the UK; I’ve entered a few competitions as usual, but I’m currently not represented so I’d have to see what options there are. 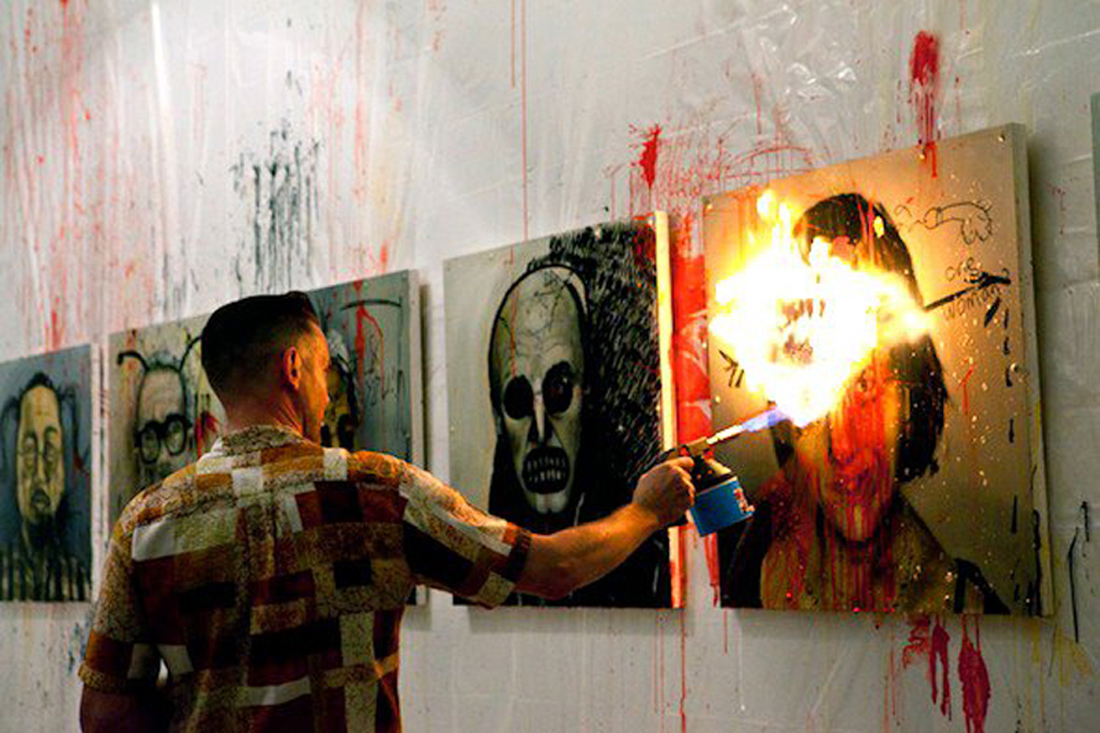