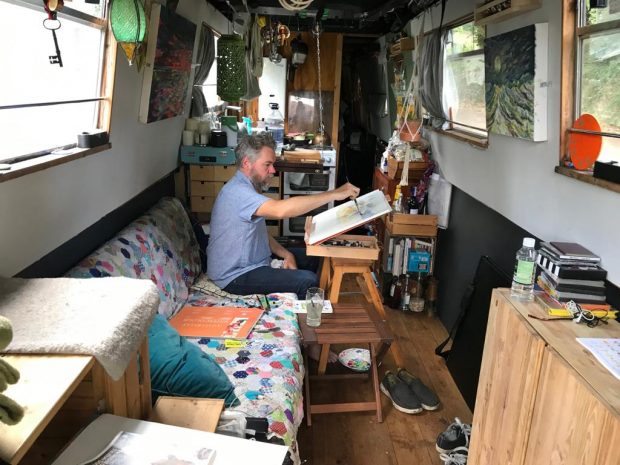 Steve Folk is an artist and musician who lives on a canal boat In London and spends a lot of time on tour in Europe. We spoke to him about how his two types of creativity feed into each other and how travelling informs his work. 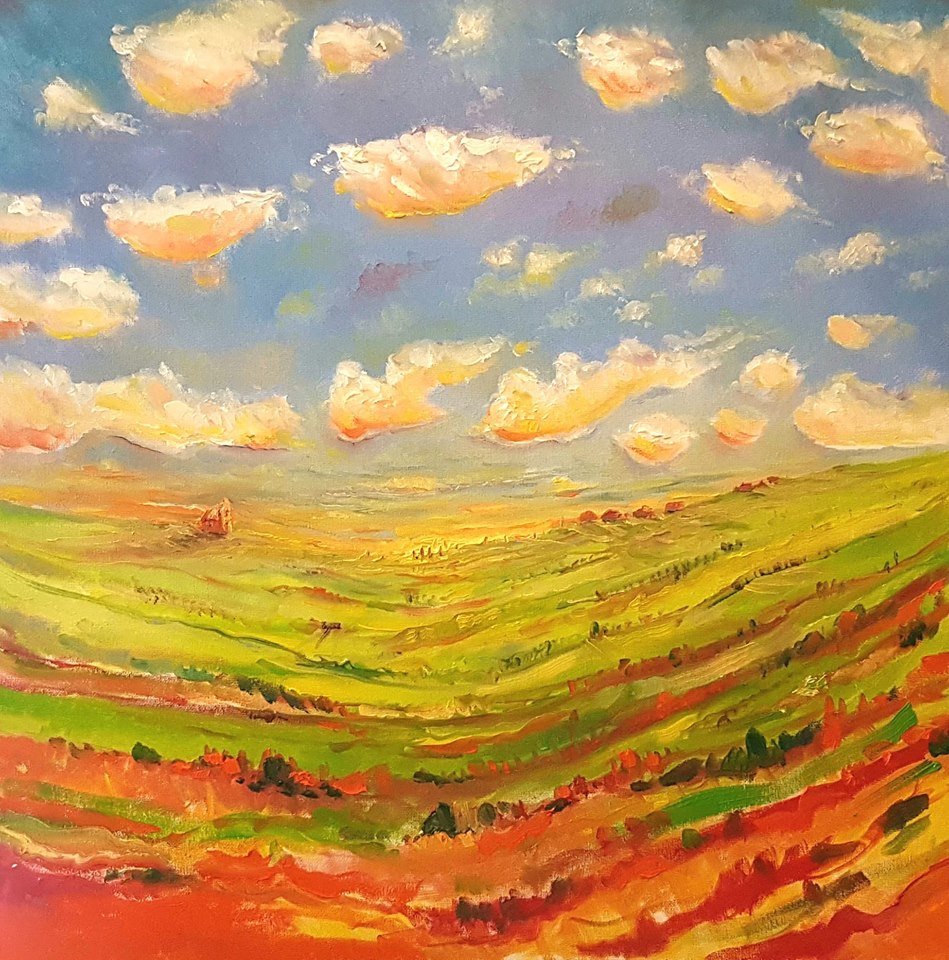 Tegen: Tell us a little bit about your artistic background/education.

Steve: I studied fine art at Middlesex University in the mid 90s, it was a great experience, we had our own dedicated building in Wood Green, London. Lots of space to work in, the tutors were not so dedicated and there was a lot of favouritism but I graduated with a 2:1 at B.A. level. I did some crazy things back then under the name of art; nailing fried eggs to the wall and smashing up furniture dressed in women’s clothes. You had to stand out or be missed out. I tried to follow that path after graduation, I was involved in a few group shows at the Old Street Town Hall and The Limehouse Gallery but I gave up on it after a year or two and didn’t return to artistic pursuits until 20 years later. 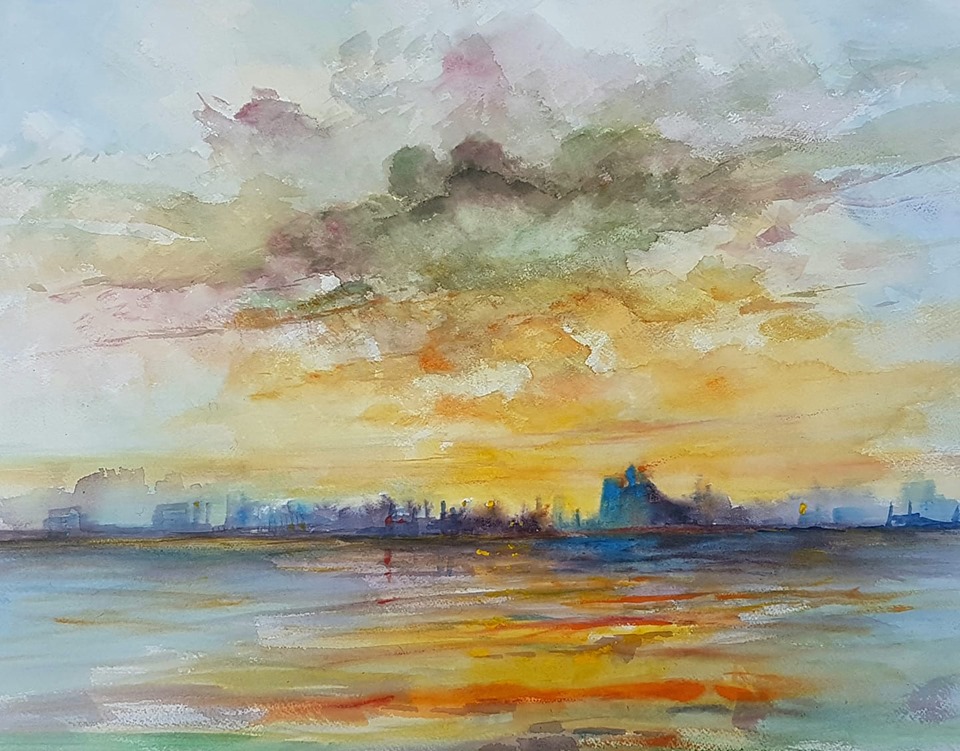 Tegen: How would you describe your practice?

Steve: I’m a painter now, I’m interested in colour and do not restrict myself when it comes to medium, I use watercolour, acrylic and oil (separately). I paint landscapes from the imagination but have recently started painting from life, I use what I see as influence rather than copy the reality and I collect pictures in my mind to inspire me later, I travel a lot so I have good resources in my mind to draw on. My influences are Nolde, Gogh, Turner and other impressionists, expressionists. 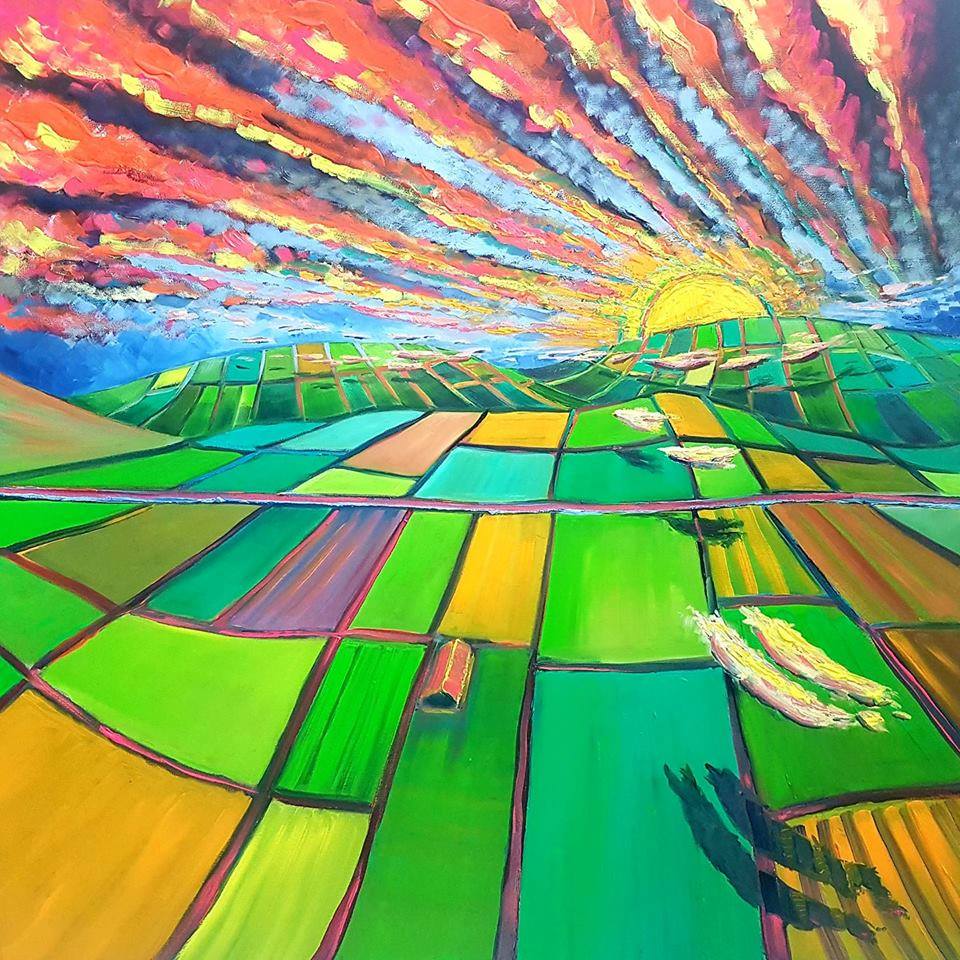 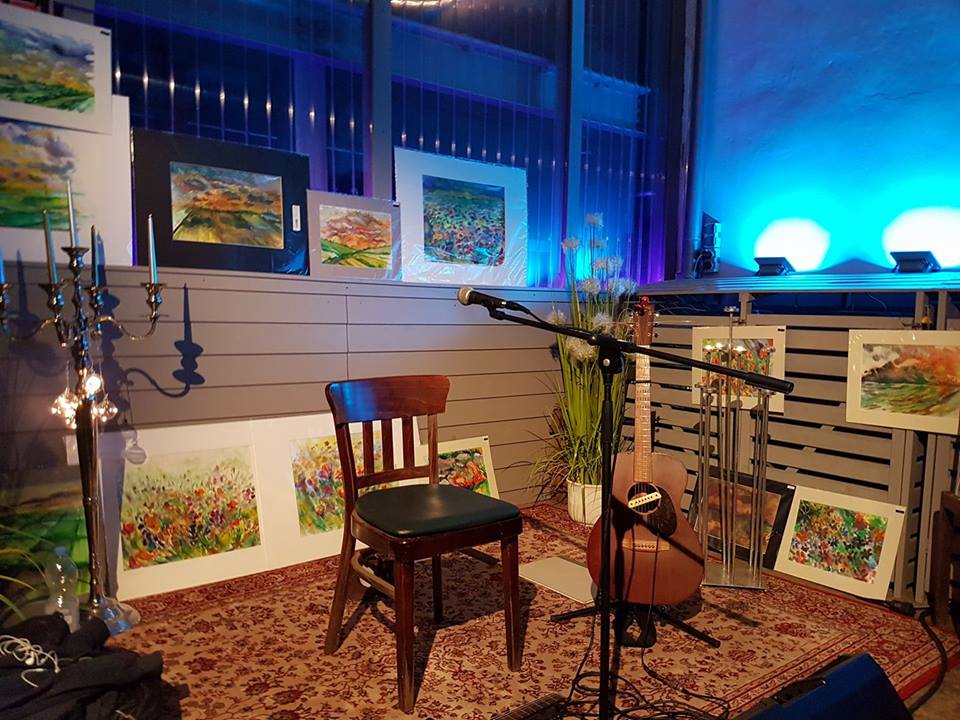 Tegen: How do you balance your two types of creative work music and art? Do they feed into each other, if so how?

Steve: Hard to say, my music is taking a back seat at the moment, I’m not writing so much right now because the musical process is not as seductive to me as painting is. But I write songs about nature and I paint the natural world, they are linked in this linear way but also linked in the approach, I do not compromise for the sake of commercial appeal, I write, perform and paint directly from the heart and there is an unashamed honesty in all of my creative pursuits. 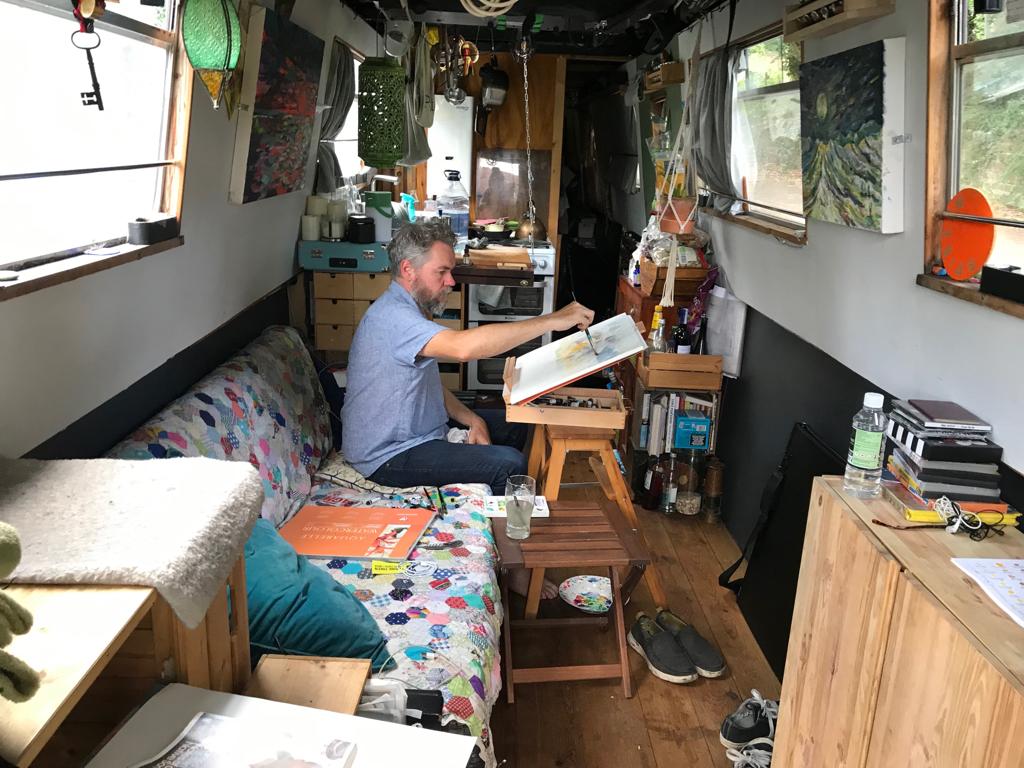 Steve Folk at work on the boat

Tegen: You live on a canal boat, and use it as a studio. How does this work practically and does it affect the work you create?

Steve: It’s a small space and only fit for watercolours, I’ve tried painting oils on the boat but the smell is overwhelming and so I paint in a good friend’s spare bedroom or at my parents’ home. It’s nice to have a number of places to choose from. In an ideal world, I’d have my own gallery/studio space, either in the water or off. I’m working on it. 🙂 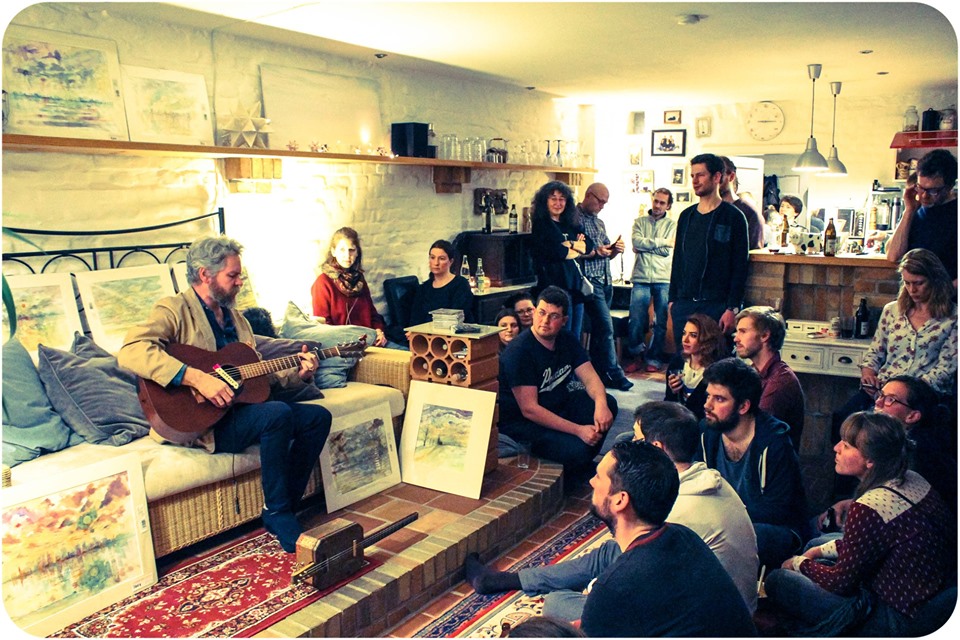 Tegen: Touring as a musician, I’ve read you take watercolours with you on the road. What’s your essential kit and how do you make sure you’re doing artistic work while travelling?

Steve: I don’t paint when I’m on tour, I take my finished pieces with me and sell them at gigs, it works well, though they are sold cheaply in this environment, it’s no problem for me though as I love to paint, my ethos is to get rid of my work as soon as possible. 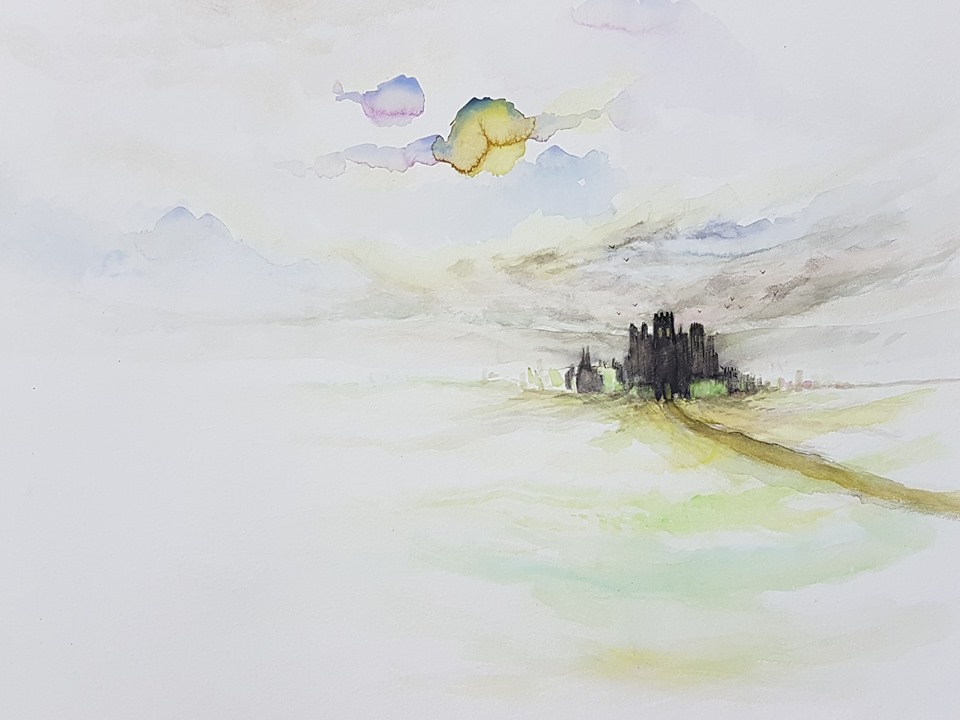 Tegen: Do you sketch and if so what do you think are the most important elements of sketching?

Steve: I don’t sketch really, though some of my watercolours are created very quickly sometimes within 10 minutes, I either put my stuff up for sale or throw them away, there is no middle ground. 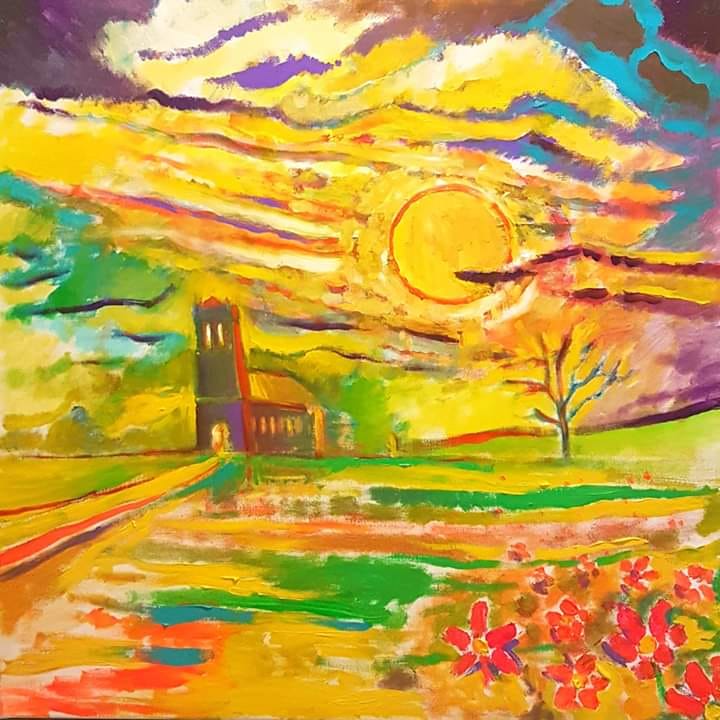 Tegen: Your work’s incredibly bright, do you have a method for choosing your colours or working with colour theory?

Steve: I choose my colours emotionally and sometimes randomly, I’m sure I draw on the things I have learnt from the past but it’s not obvious to me. With acrylics I like to use fluorescents, with oils I like to work less brightly, with watercolour it changes between the two, I basically paint how I want at the time so my colours are sometimes garish, this appeals to some and not so much to others, I like to switch things up. 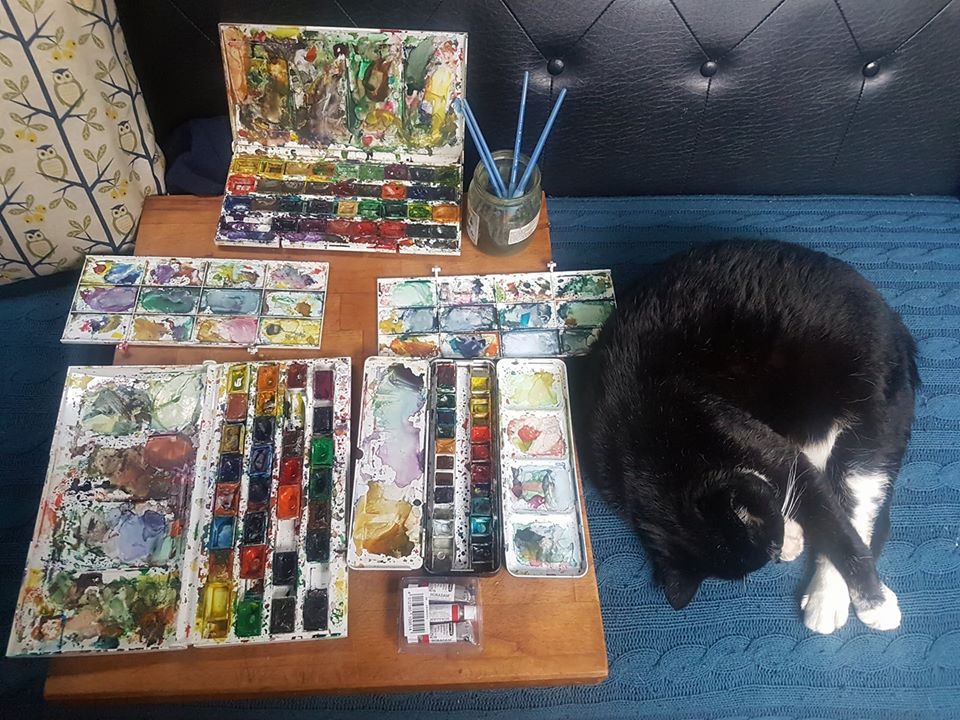 Tegen: What are your most important artist’s tools? 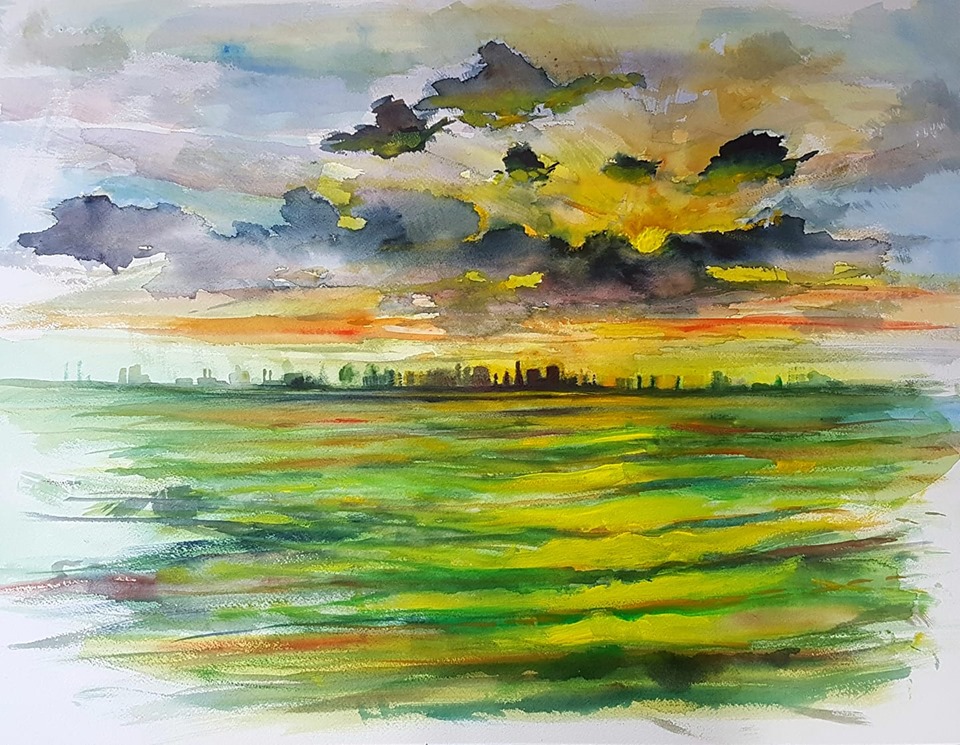 Tegen: What is a good day in the studio for you? What are the best conditions for making work for you?

Steve: Feeling positive, having enough rest and a blue sky. A good day is if I make something that I deem as progressive or a stand out piece. I don’t like to think to much of commercial success but we all have to eat, so when I make a piece that’s undeniably going to sell, that’s also a good day. 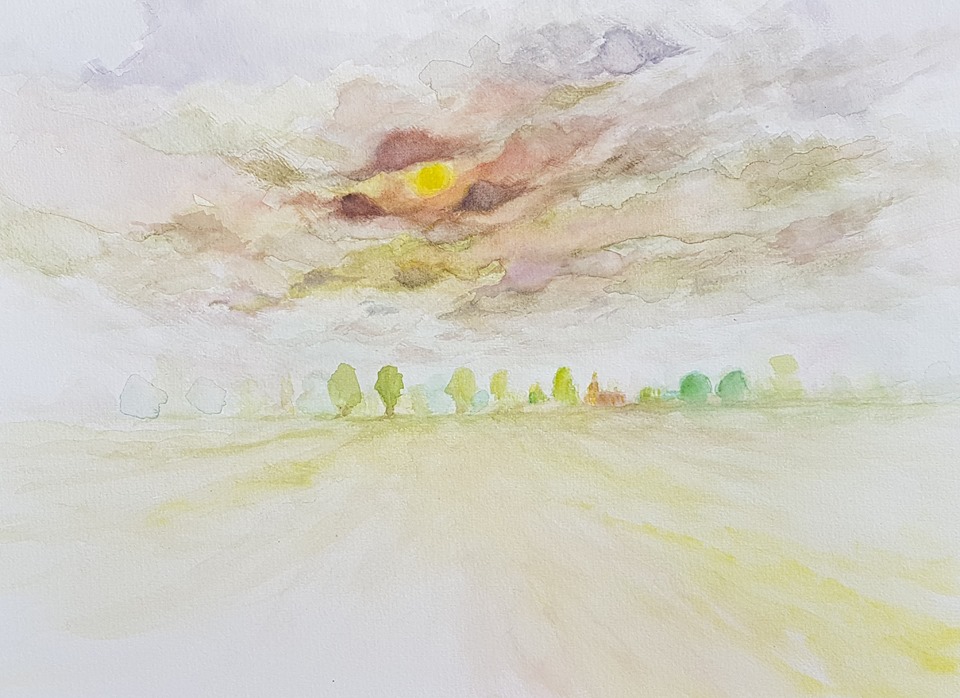 Tegen: What are your art influences? Who are your favourite contemporary artists?

Steve: I like the dead guys, what can I say, I don’t see much painting wise from new artists and I keep myself to myself, whether that’s healthy or not I don’t know, so I’m a bit out of the loop. My favourite artist is Emil Nolde, I’ve seen his work in Hamburg and Dublin and both shows have bought me to tears, I’m aware his politics are/were very unfavourable but his work is incredible to me, his use of colour, I’m amazed by its vibrancy and the decisions he makes with his brush. 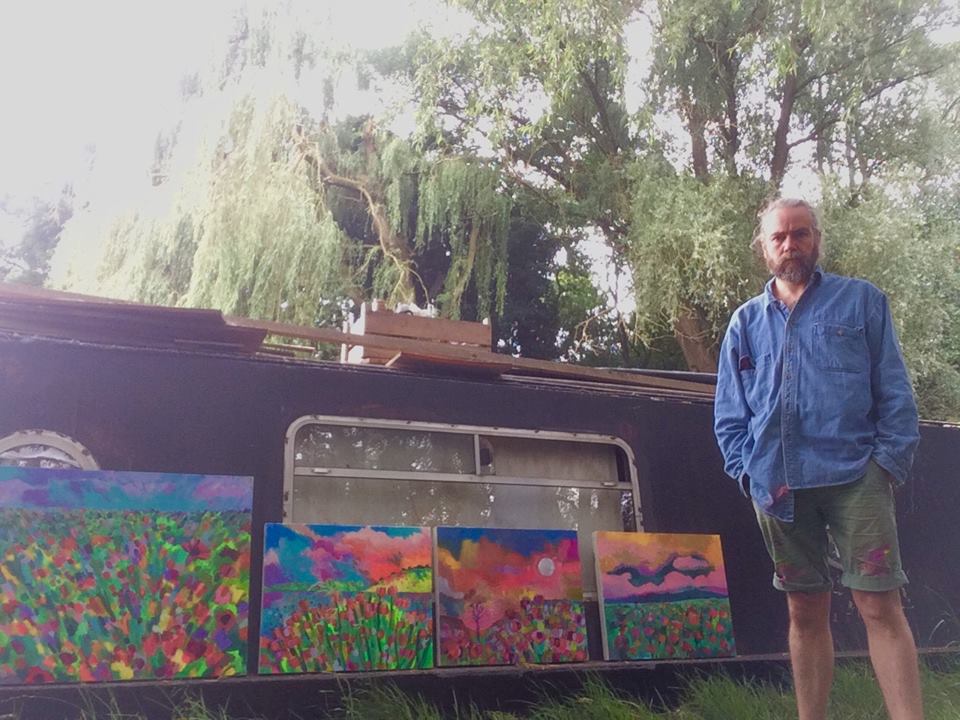 Tegen: As you’re a musician, what do you listen to in the studio – music, audiobook, Radio 4 or silence?

Steve: Bird song from the canal usually. I don’t listen to much music, a lot of songwriters are the same, contrary to popular belief. 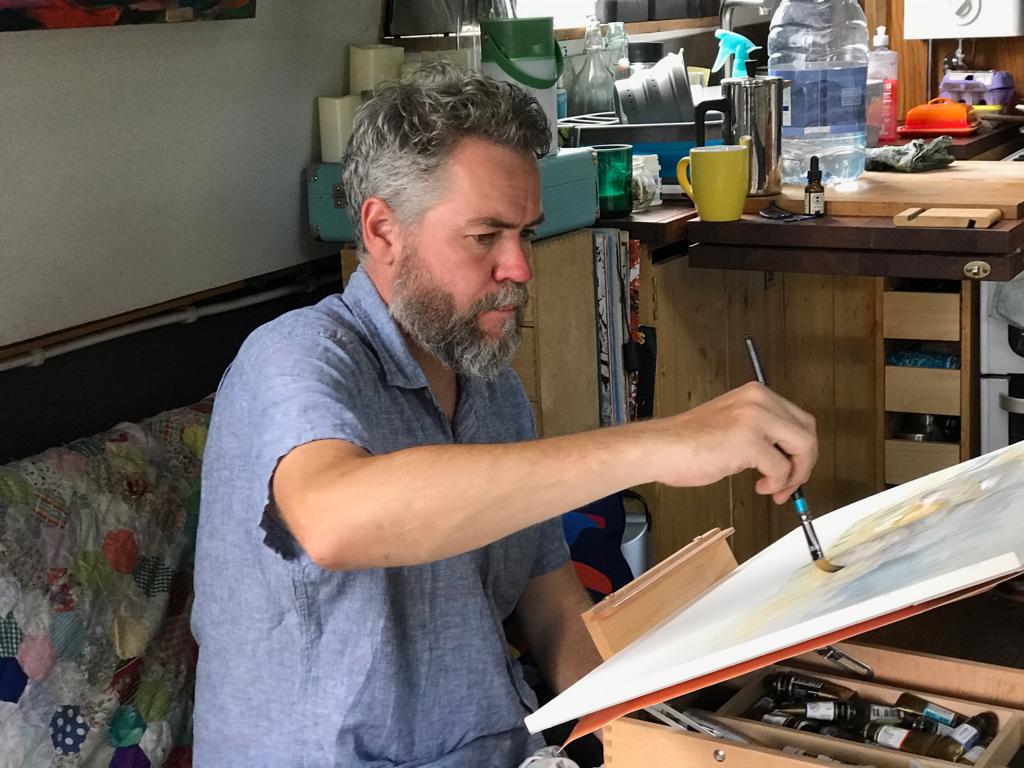 Tegen: Do you have any art hacks that you find helpful?

Steve: Be unashamed and live your work. Can’t think of anything more important than that. 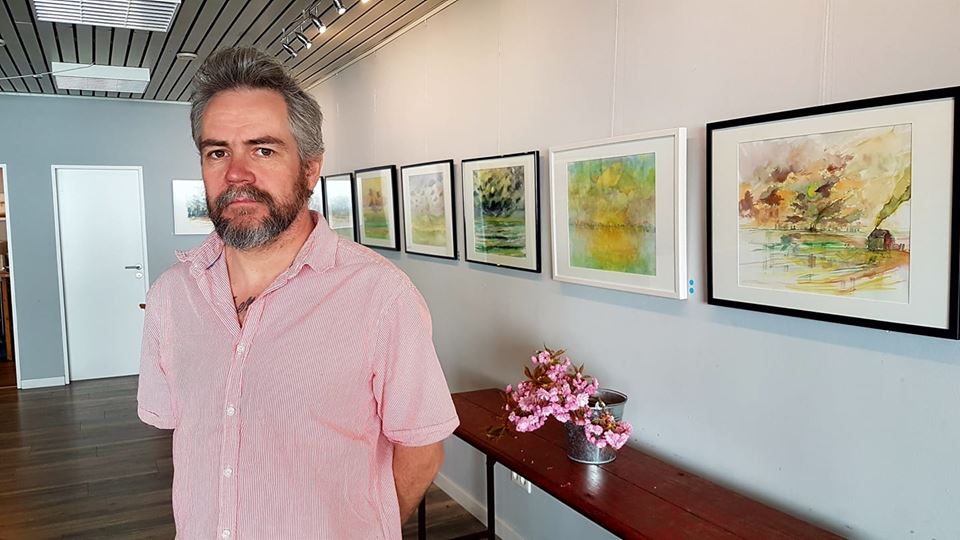 Steve Folk at exhibition of work

Tegen: In April 2019 you had a solo exhibition in Germany, what is coming up next for you and where can we see more of your art in the flesh or online?

Steve: Actually, that show was in Bad Oldesloe near Hamburg, in 2018 I had a show in Wuppertal. Both were a great success (to me). Next up is a show at the Forge Coffee Gallery in Banbury on August 9th for a few weeks. Then I’ll be taking my watercolours on tour in the Autumn. I also hope to return to Wuppertal and Bad Oldesloe again for return shows.

You can see more of Steve’s work and what he’s up to on his website here.