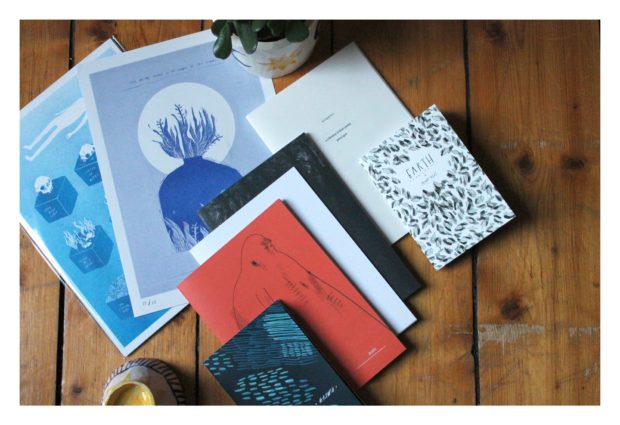 The Simplicity of Self Publishing by Peony Gent

Peony Gent is an artist and illustrator who uses her installations, comics and ceramics as an mode of expression for her inner world. In this article Peony shares her experiences of self publishing, as well as offers practical advice for anyone interested in exploring this world. The key according to Peony Gent is to think broadly – and use small scales of production to your advantage. 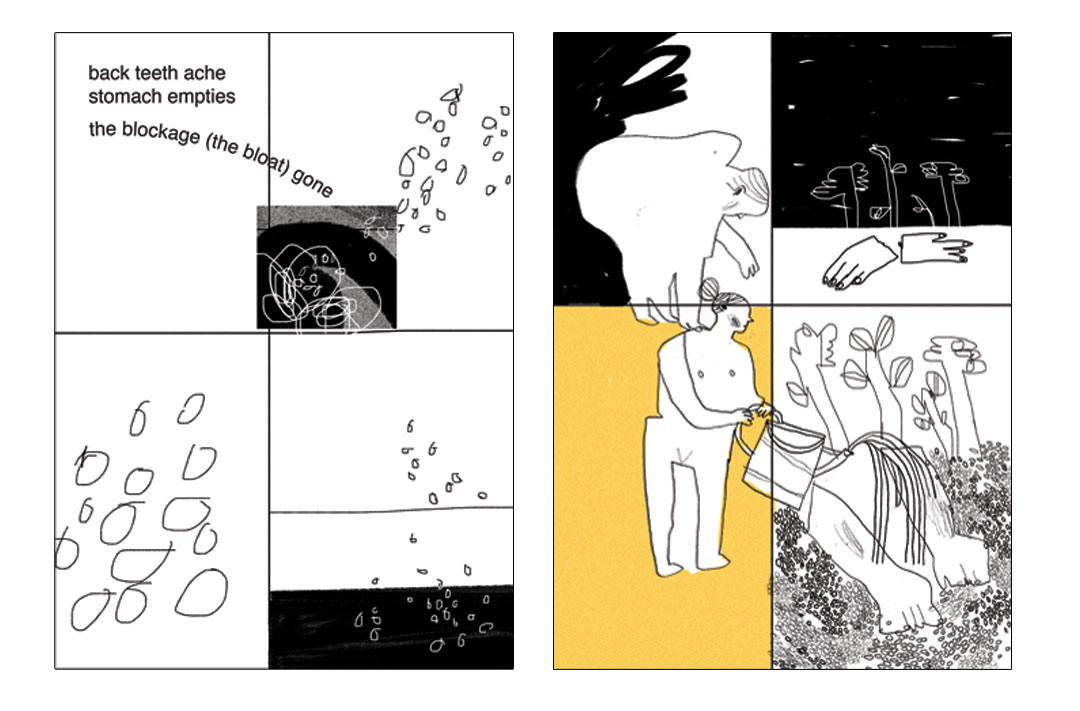 I want to start this article by making it clear there is no ‘right way’ to self-publish. Whether you’re uploading images to a website for free or selling 400 copies of a screen printed hand-bound graphic novel, as long as the outcome is reflective of your intention and that outcome is reaching your intended audience, that’s a success.

Most of my own self publishing experience comes from comics and small press, with some element of creating and selling my own artist books. I started out making and selling photocopied zines on our university’s printer, and selling them at local fairs in Glasgow and Edinburgh, where I was doing my undergrad degree in illustration at the time. The very first of these I made were one page flutter books, simple single page books that you can make out of one folded piece of double sided A4 paper – see the diagram below for a quick example of how to make them. I’ve since done a wider variety of self publishing, from limited edition hand made artist books to cheap quick turnaround mass print runs. 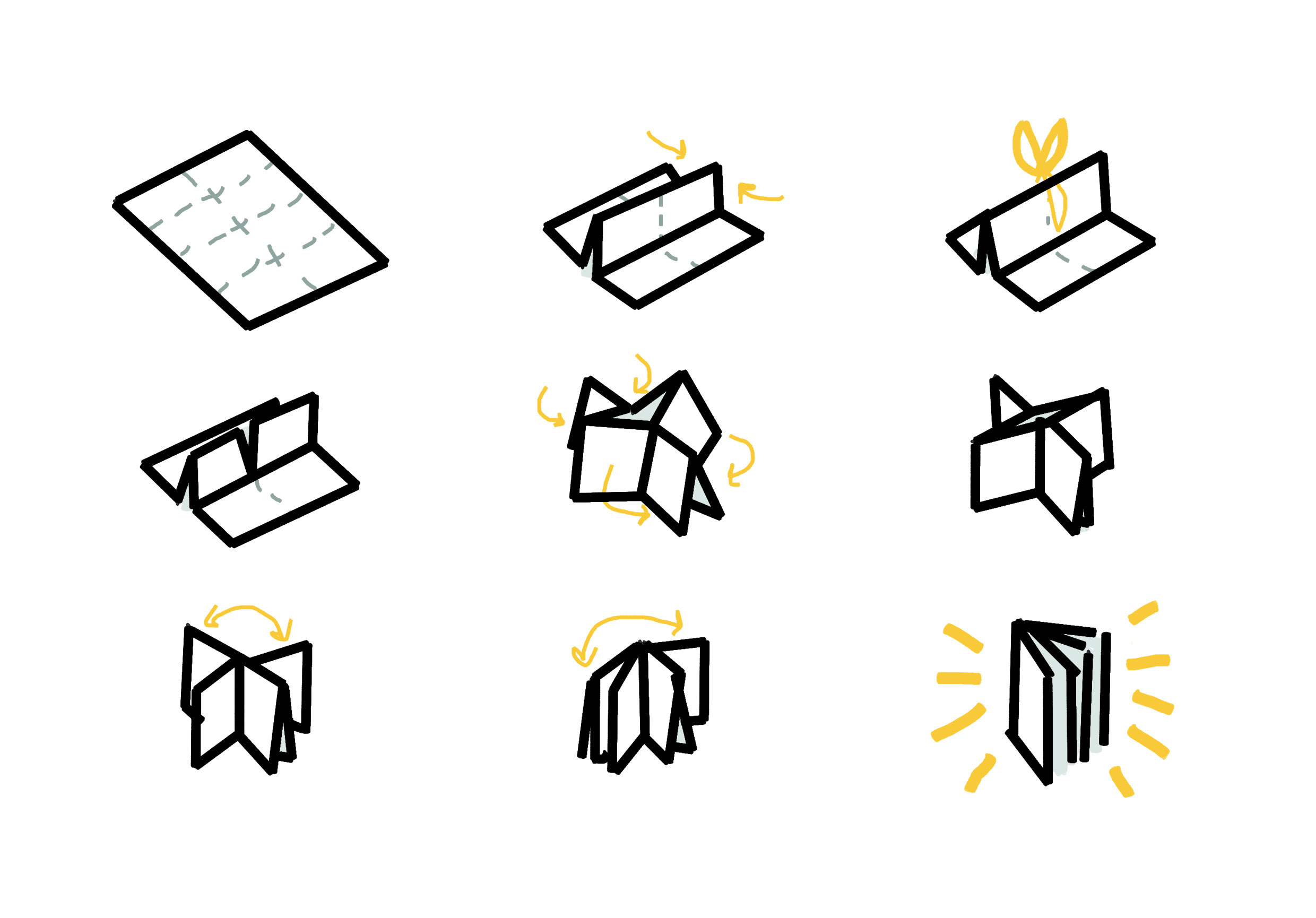 One of the best things about self-publishing is the range and versatility, whether you’re producing digital or physical content. For even the sharing of images on social media and on websites for free is included under the umbrella of self publishing, and in many ways is one of the most democratic forms of distribution of ideas.

This versatility is one of the great positives about doing it all yourself. Obviously there will always have to be some kind of compromise on either how much it takes of your time, the quality of product, or the costs involved, but there is a sense of reassurance in this all being within your control. Again, as long as you’re being true to the intentions behind your work and not setting unrealistic goals for yourself, there is a great deal of satisfaction to be found in self publishing.

Here’s a (not exhaustive) list of ideas which all sit under the umbrella of self published:

A true strength of self publishing is your power over the form of it – with large print runs and a need for profitable margins with traditional publishing it’s rare to see publications which step too far out of a cheaply printed book or magazine format. I feel it’s important to embrace those lack of restrictions when putting your own work out there – creating work where the form becomes as much a part of the meaning of the work as the content itself does.

My own publication WELCOME TO DUNGEONLAND is a narrative expressing my own nostalgic love for Dungeons & Dragons, but I wanted the format to reflect the materiality of the way you play D&D, to reflect the joy I had as a child sorting through all these different sheets of paper and discovering new maps and riddles. Instead of making it using a book format I made it more of a collection of ephemera – a number of postcards with poems on and one large double sided A1 print folded down to be A4 sized. Held together in a plastic sleeve (the same ones my own parents would hold their d&d materials together in), each pack was also slightly different – they’d have a different combination of postcards, and the A1 sheet would be folded in any of 4 ways to display a different main image. 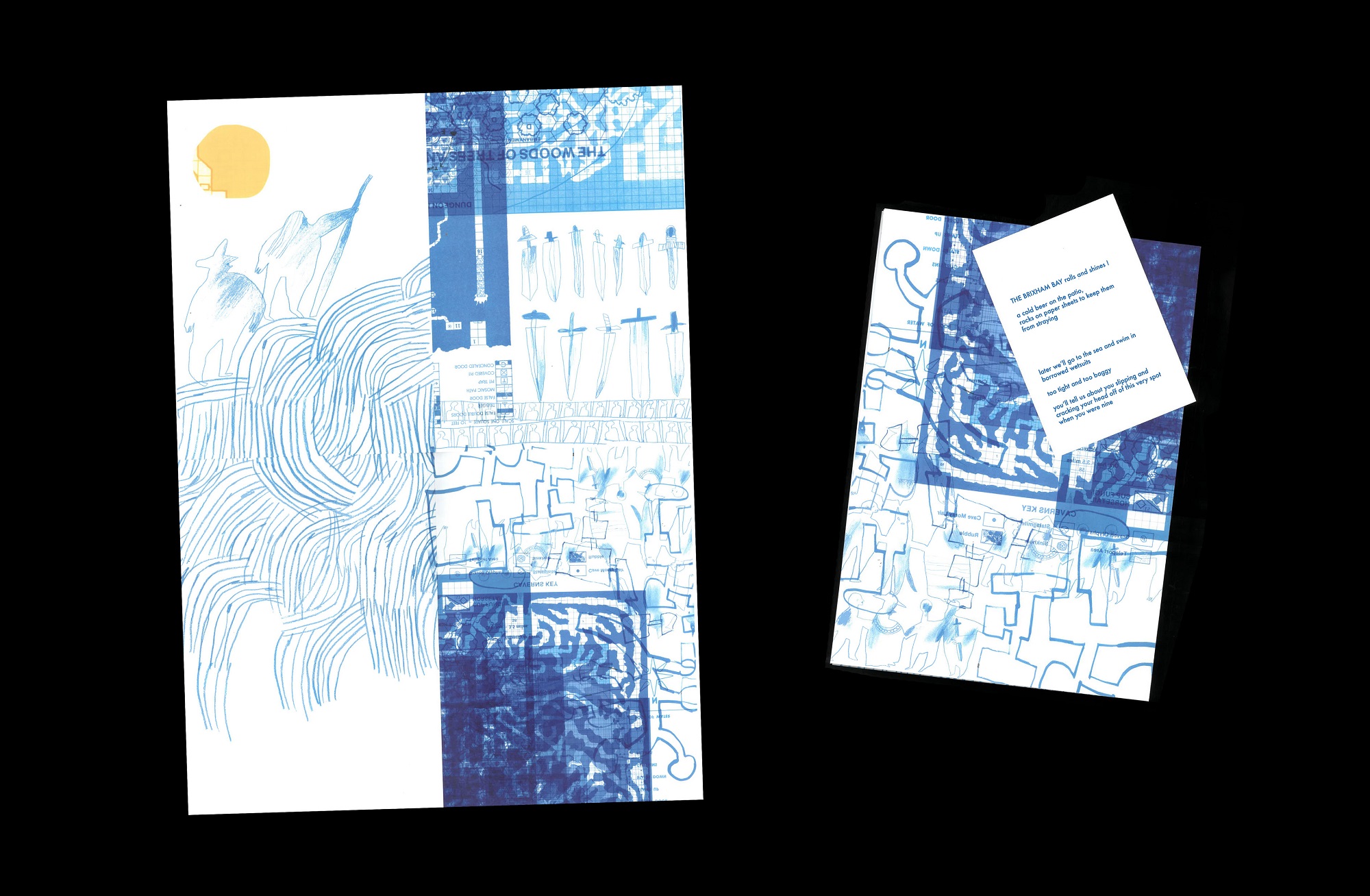 This idea of the content of the book expanding out into the format itself is seen in a lot of artist books, but there’s no reason this can’t be brought over into your work if you’re an illustrator or comics artist .

For another example of form suiting function see this reimagined press pack from the 1983 remake of Jean- Luc Godard’s Breathless starring Richard Gere and Valeries Kaprisky by Setsuko, a publishing duo from London. It consists of a folder containing a fold out lobby card, hand printed c-types, advertising manual, credits and cast list. Not a traditional self published publication, but a publication nonetheless!

From production to sales

Unfortunately by far the hardest part about self publishing is the financial aspect – and getting your output directly into the hands of the public. From the start I would have to be clear that after you’ve factored in working hours, material costs, printing costs and the like the chances are you won’t be making a large margin of profit on each item sold. A slightly negative bit of advice, but self publishing (at least for me) is primarily about getting your ideas out into the world and making enough money to fund your next self publishing venture, rather than taking in enough money to pay your rent upfront. However I would really recommend making good relationships with shops who have small press or self publishing sections, and selling at artist or comics fairs. These are also a great way to both make money and meet others in the small press and self publishing community.

For getting your work into shops make sure to do your research about who will take self published work and who won’t – most shops (even independent ones) will only take books with ISBN numbers, and that’s if they even have policies about taking any self published work at all, due to the added admin work off processing payment for publications that can’t be ordered from their normal distributors.

However if you’re in the comics scene most independent comics shops will have a small comics section (e.g. Gosh! Comics in London), and the same goes for more art focused bookshops (e.g. Tipitin or Tenderbooks in London, and Good Press in Glasgow). As a note almost all bookshops will take around 40% off the RRP of you publication, and most will do sale or return (where you will receive the money after they’ve been sold, and get them back for free if they never sell through). However occasionally you will find a shop that will buy publications directly from you before selling them on themselves, even if these are few and far between.

When displaying at fairs also take a think about how the display of your work can heighten its content – see this ice cream turned book display case from Setsuko again (displayed at the ICA’s annual ASP fair for self publishing artists). This reimagining of your classic ‘books on a table’ display not only makes their display more interactive and unexpected, but also reflects the playful publications they create.

However if a traditional table set up is for you I’d recommend looking into ways to build you stall upwards – a half table with books laid flat on it is both hard for a punter to see your stock from a distance, and really restricts the amount of things you can display. If you’ve ever been to any of these fairs before you’ve probably seen a fairly wide range of display stands – here’s a few links to the most commonly used ones. I also recommend heading to Etsy if you have a slightly higher budget, or commissioning someone to make a custom wooden display stand for you.

Finally, if you’d like to use a website to print your comics or publications at affordable prices please look at these sample links below: