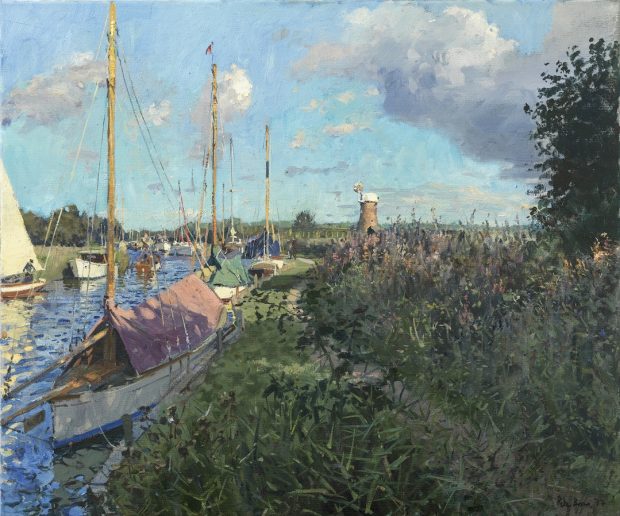 JOPP 2018 Judge Peter Brown NEAC: ‘I will be looking for a titanic effort’

Peter is a world renowned figurative painter who is best known for his vibrant urban landscapes. He is a member of The New English Art Club, The Pastel Society, The Royal institute of Oil Painters, the Bath Society of Artists, the Royal Society of Portrait Painters and an Honorary Member of the Royal Society of British Artists.  His paintings have won numerous awards and he is the author of several books and DVDS on painting. We are delighted that Peter joins the Expert Judging Panel for the Jackson’s Open Painting Prize 2018.

Lisa: In terms of your painting, how has 2017 been for you? Have there been any notable highlights?

Peter: It has been a year of painting trips.  I discovered New York in March (when it was 20C on the Wednesday and -7c on the Sunday!), The French Alps,  Hoi An City, Vietnam on a ‘paint with Pete The Street’ trip, a second hot trip to New York in Jume, Cabris in the South of France, and then closer to home, Scarborough, Edinburgh and forays to Devon and Dorset. I also managed to squeeze in painting at Glastonbury and a lovely new festival: Samphire in Porlock, North Somerset. But in between these trips I was working on my show of London and East Anglia which opened on 6th December this year.  As for highlights – hard to pin point exactly – I absolutely loved painting on the streets of New York but discovering East Anglia for the first time was a revelation.  Painting the alps – the scale of the landscape and the beauty of the snow and then Hoi An – what a great city – the hot busy markets and streets filled with really lovely people.. and Glasto – sublime! 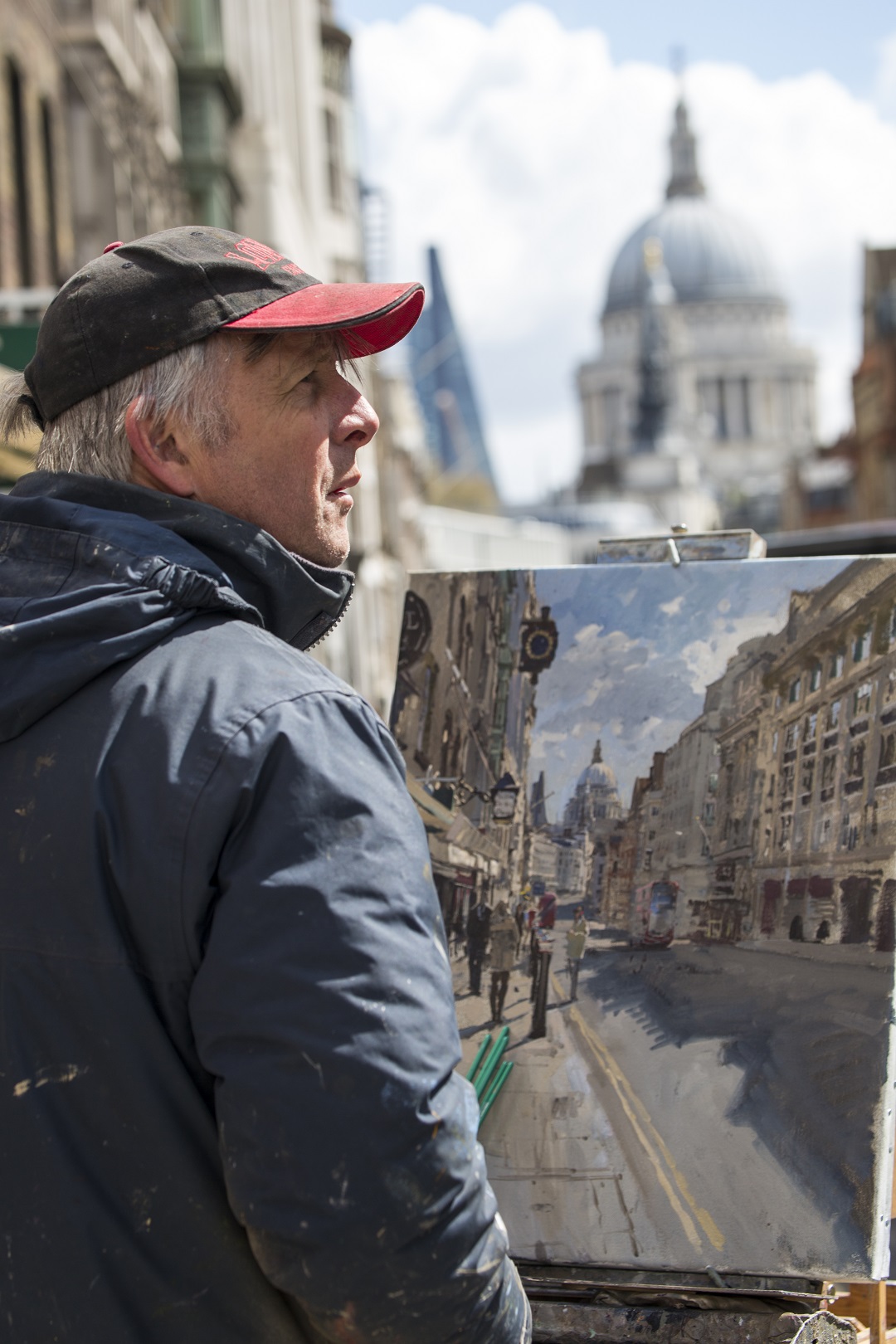 Lisa: We’re thrilled that you are on the judging panel for this year’s JOPP. How important have prizes and awards been for you in the past, and why do you think it’s important for artists to apply for competitions such as the Jackson’s Open Painting Prize?

Peter: I keep going for awards and rejection and acceptance comes in fairly equal measure so I can’t grumble.  They are good for the CV and lovely to get recognition should you bag something. It’s great to really invest time and effort in a painting – I think these awards encourage artists to do this because the outside chance of the reward of recognition in winning can help justify it. 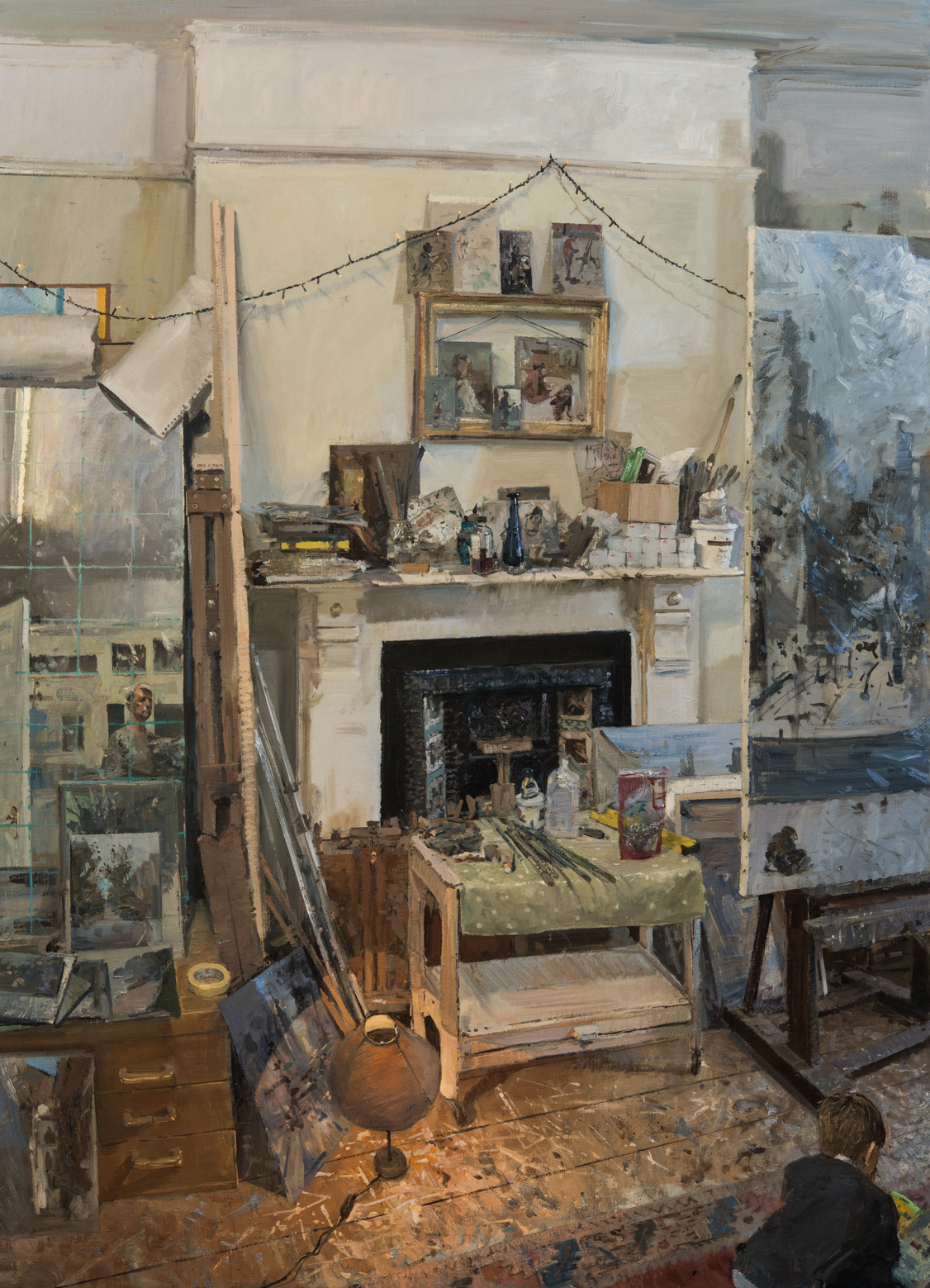 Lisa: What will you be looking for in the entries submitted?

Peter: It’s really great when you see a painting that someone has done particularly for a prize.  I think those pictures stand out and they are the deserved winners.  The 2016 Threadneedle prize winner was Lewis Hazelwood-Horner.  His painting of the umbrella workshop seemed to fit that exactly and I remember thinking what a worthy winner.  So I will be looking for a titanic effort, a painting which shows real thought and observation. 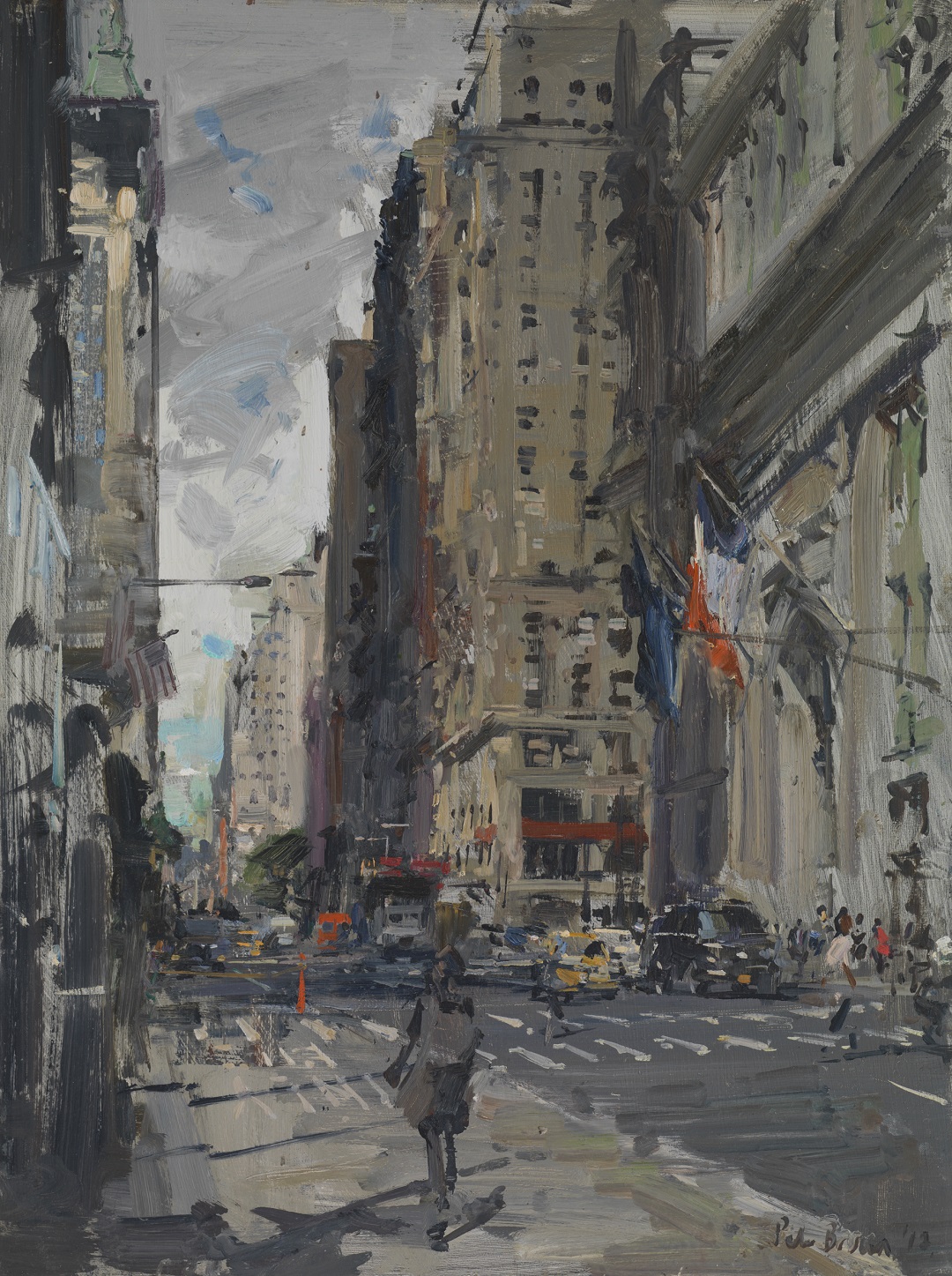 Lisa: You’re best known for painting en plein air. How would you describe the great attraction with painting out of doors to someone who has never tried it themselves?

Peter: People get thrills from speed or heights, climbing, skiing, racing, sport… I get my kick from finding something inspirational to paint and trying my best to capture it.  There is something about setting up in a new city in, for instance India, and observing it intensely for 3 hours while trying to render it on a board or canvas.  It’s infuriating at times and exhilarating when it works.  Add to that the bonus of getting to know the locals, being offered food and drink and people genuinely pleased to see you painting their back yard with perhaps the odd adventure – fantastic.  Spending your working hours in the public domain – right in it, in the middle of the pavement is wonderful.  I paint in the studio sometimes – still lives, self portraits or working up paintings but can not do it for long.  I miss the outdoors. 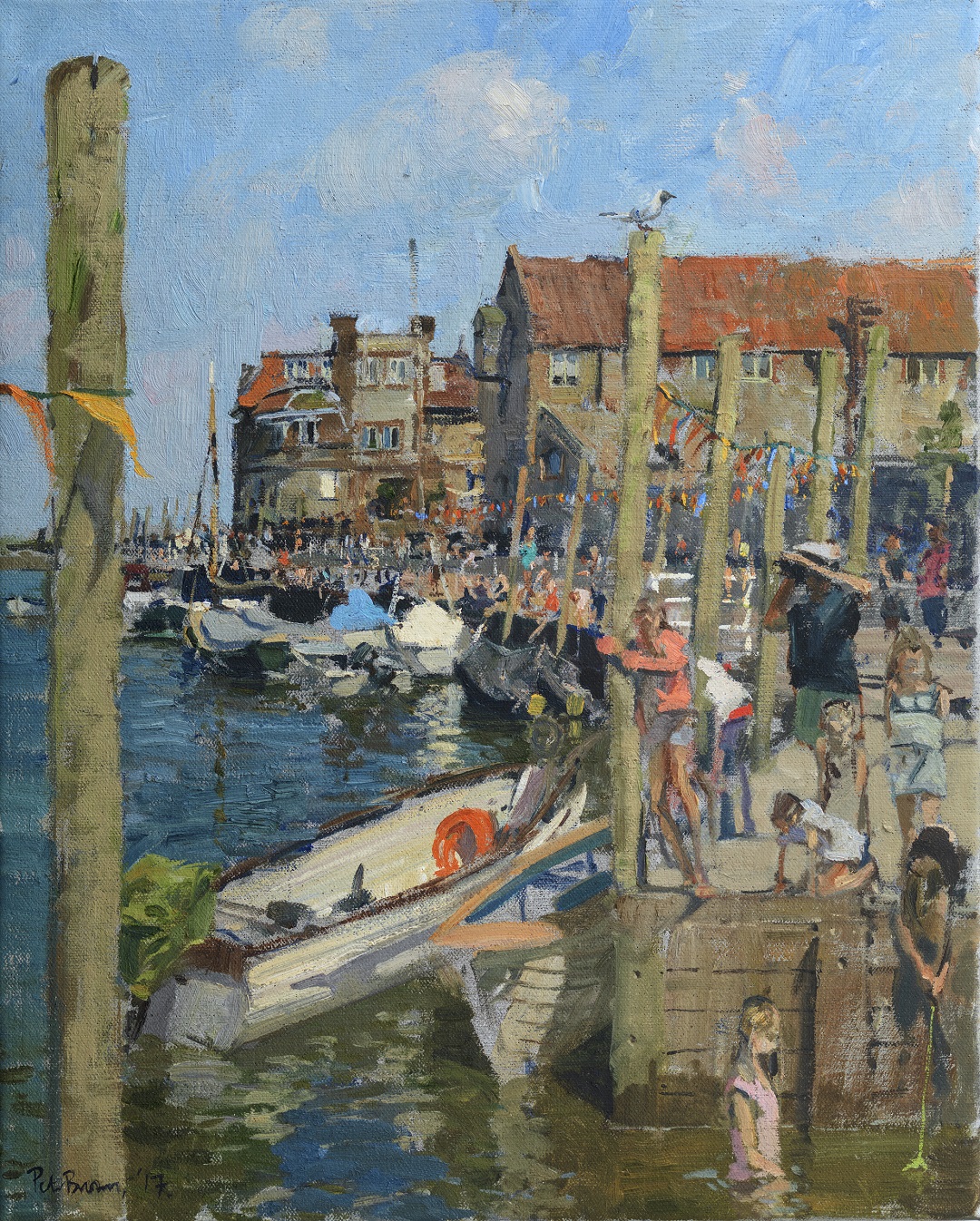 Lisa: You are incredibly prolific. How do you keep the process of painting fresh and exciting, and stop yourself from repeatedly following a ‘tried and tested’ approach to painting?

Peter: That’s the danger.  Trying not to set up somewhere thinking – “Yes I can do this one” or “I know how to do this”.  That’s why it is becoming more important for me to look at exhibitions and other painters – to see their way of seeing.  Sometimes when you see a William Nicholson painting of a hill you realise you can make a painting from anything – it’s all down to the vision and paint. 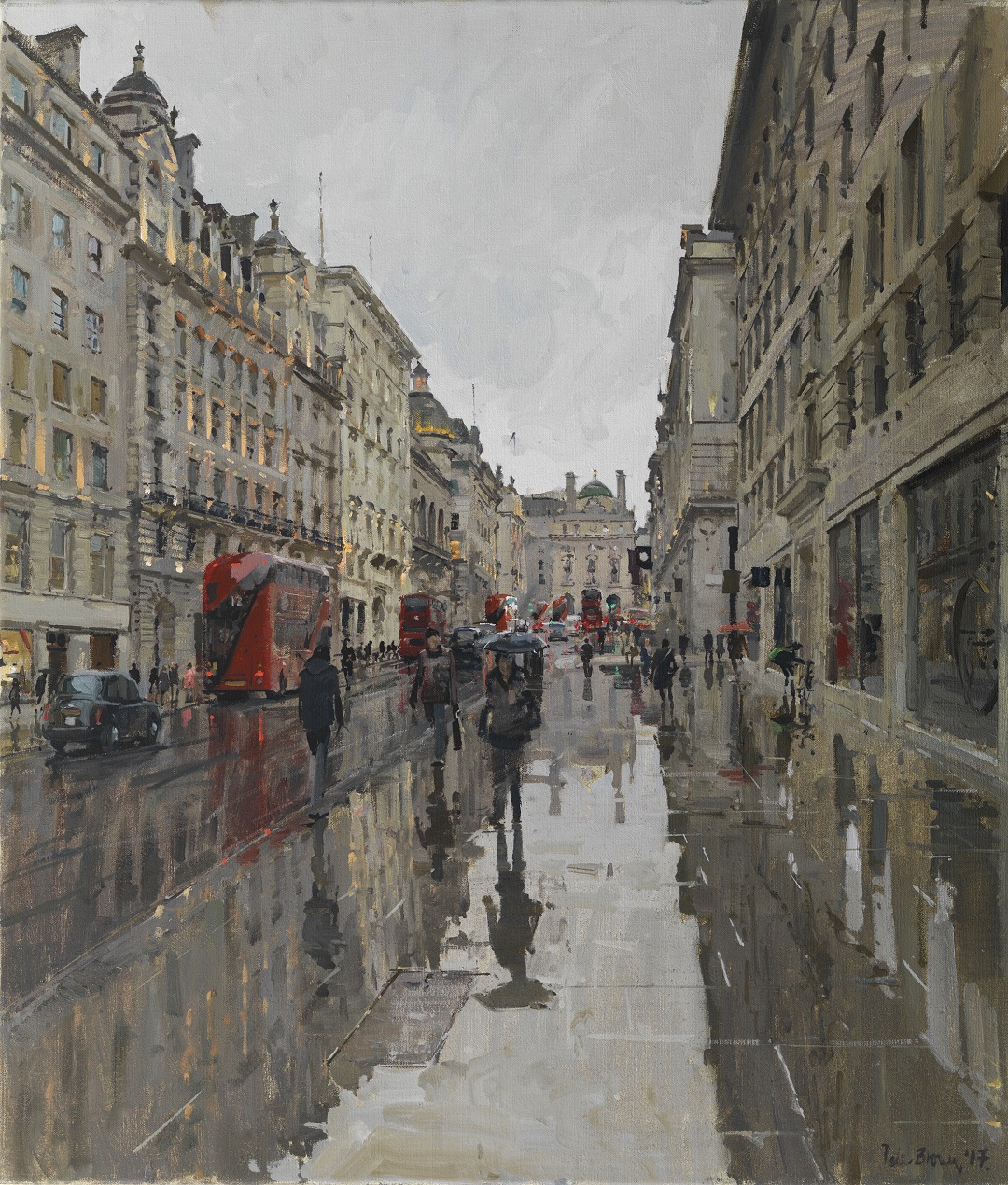 Lisa: You have told us before how much the New English Art Club means to you. Has it been a good year for the NEAC and what have the highlights been?

Peter: It has been a great year for the NEAC.  The open exhibition last June was a wonderful show and extremely popular at the end of which we elected two fine painters to the membership – Andrew James and Robert Wells.

There has also been a huge effort put into redeveloping the website now maintained and updated by a great team.  There are some really great interviews with members on it and you can get any information you could ever want about the club including opportunities for artists, classes offered and of course work for sale which has been very successful. 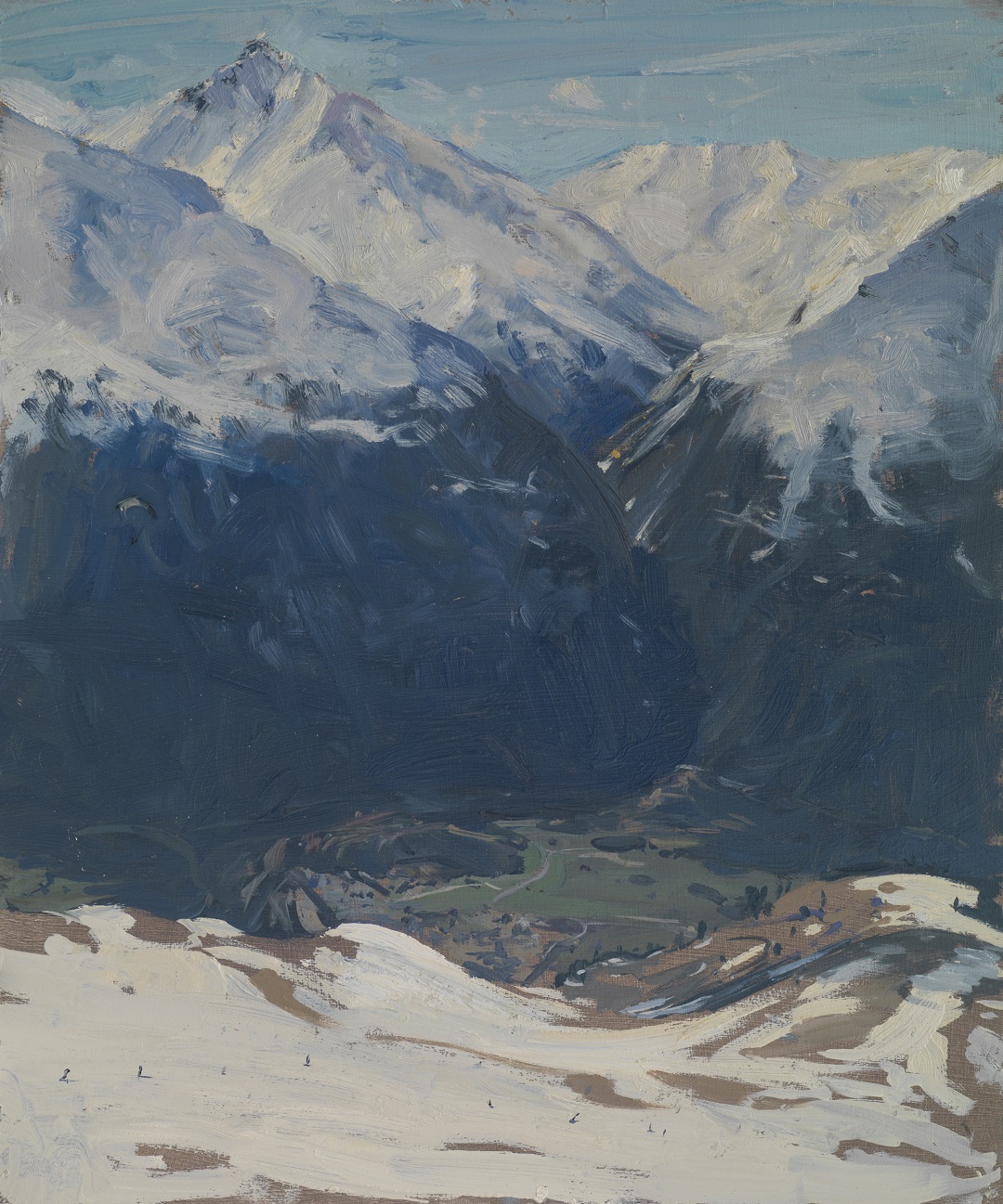 Lisa: What is the biggest challenge that you face as a painter today?

Peter: Hell that’s a big question! The biggest challenge is painting as well as you can and to get better each day.  The rest is out of our control.  We may be in or out of trend but to try and follow trend is a one way road to disaster. 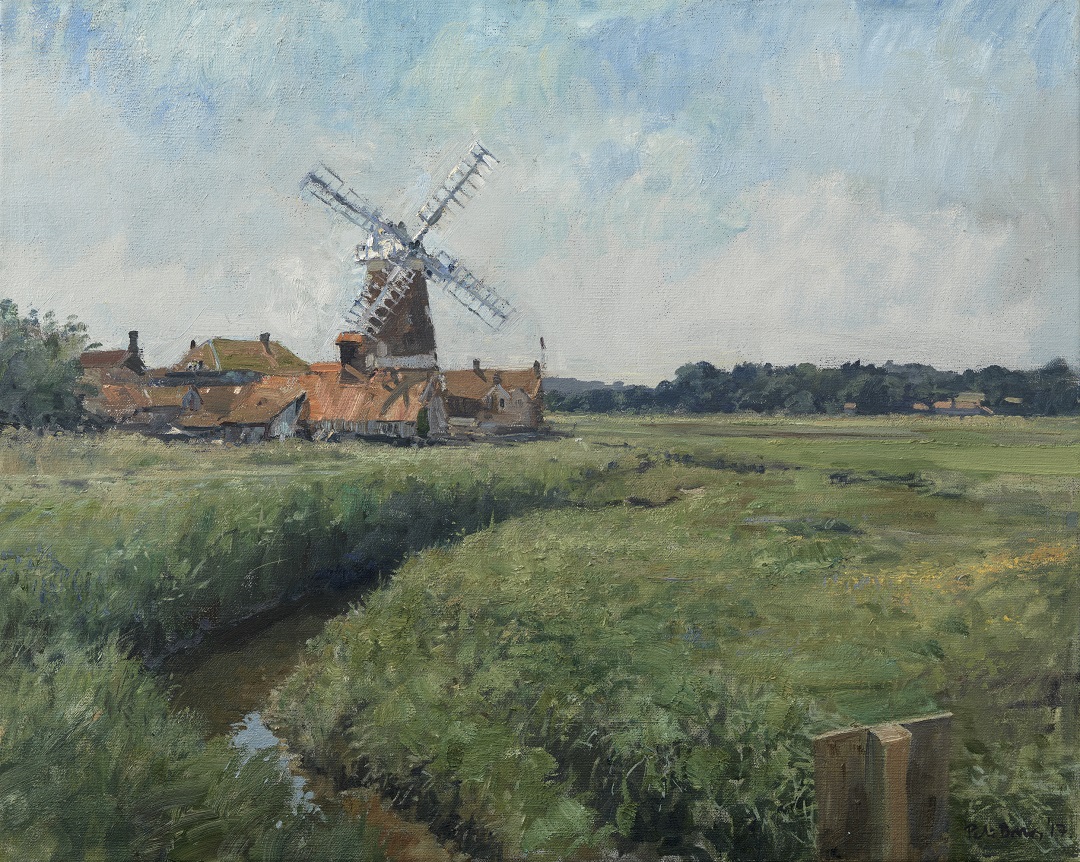 Peter: My exhibition of London and East Anglia is open at the moment at Messums, London until 23rd December.  Everyone says “You must be very busy with that”.  But that could not be further from the truth.  I handed the show over for cataloguing and framing 3 months ago.  So I have been catching up on commissions and at the moment am artist in residence at Prior Park College in Bath.  I make no apology for saying I think it is the most beautiful school.  It was built by Ralph Allen – the man who owned the Bath stone mines.  It sits on one of the hills over looking Bath.  I am concentrating on the chapel and enjoy painting the activity inside: Music lessons, School assemblies, services… I am looking forward to painting the carol service from the organ loft.  I am also just about to do another crowd funded Book of Bath as it is 10 years since the 2008 “Brown’s Bath’; they are nearly all gone now and I need to get a fresh one out. 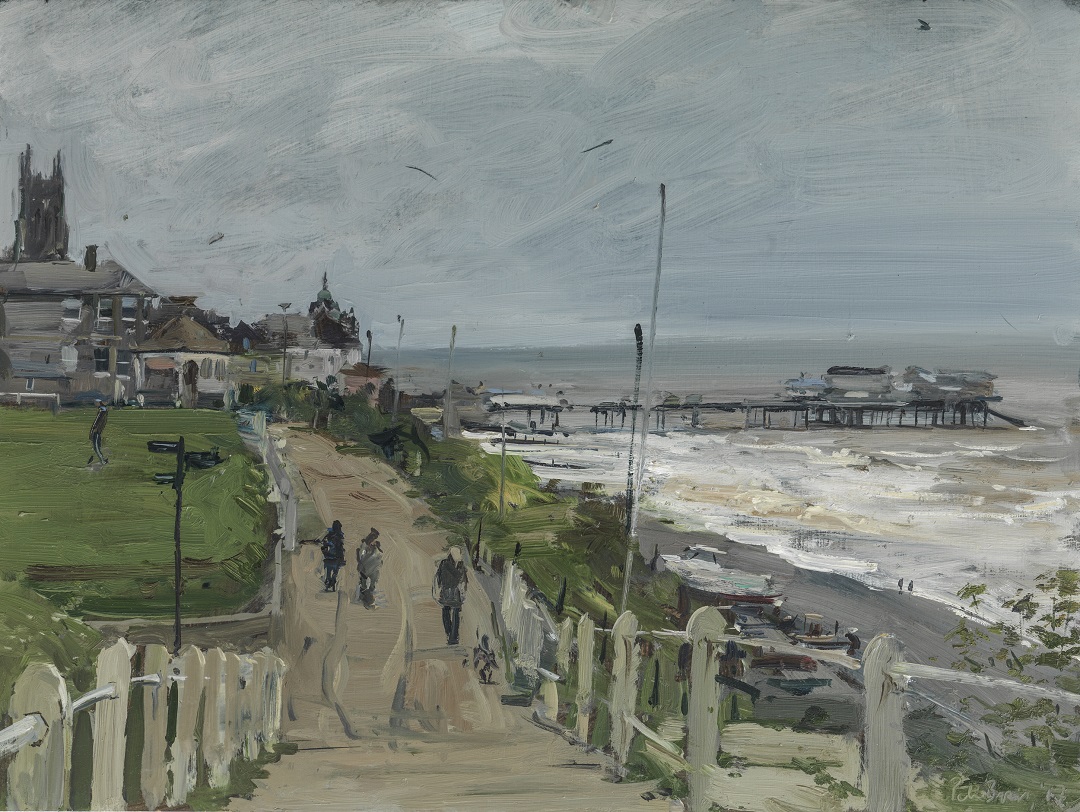 For more information on and to enter the Jackson’s Open Painting Prize 2018 visit http://www.jacksonspaintingprize.com