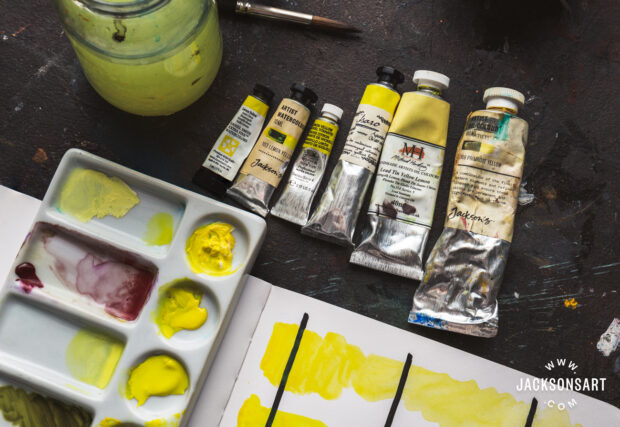 Lemon Yellow refers to a cold, greenish yellow that is a staple in many artist palettes. In this article, I explore some Lemon Yellow pigments from history, as well as the variety of pigments that are used to make Lemon Yellow paints today.

Known as the ‘Yellow of the Old Masters’, Lead Tin Yellow was discovered in the 13th Century. It is an opaque, lead-based yellow pigment that was discovered as a by-product of the glass-making industry. It was used extensively by artists of the Renaissance and Baroque periods, including Titian, Veronese, Vermeer, and Rembrandt. Lead Tin Yellow had fallen almost completely out of use by the early 18th Century. 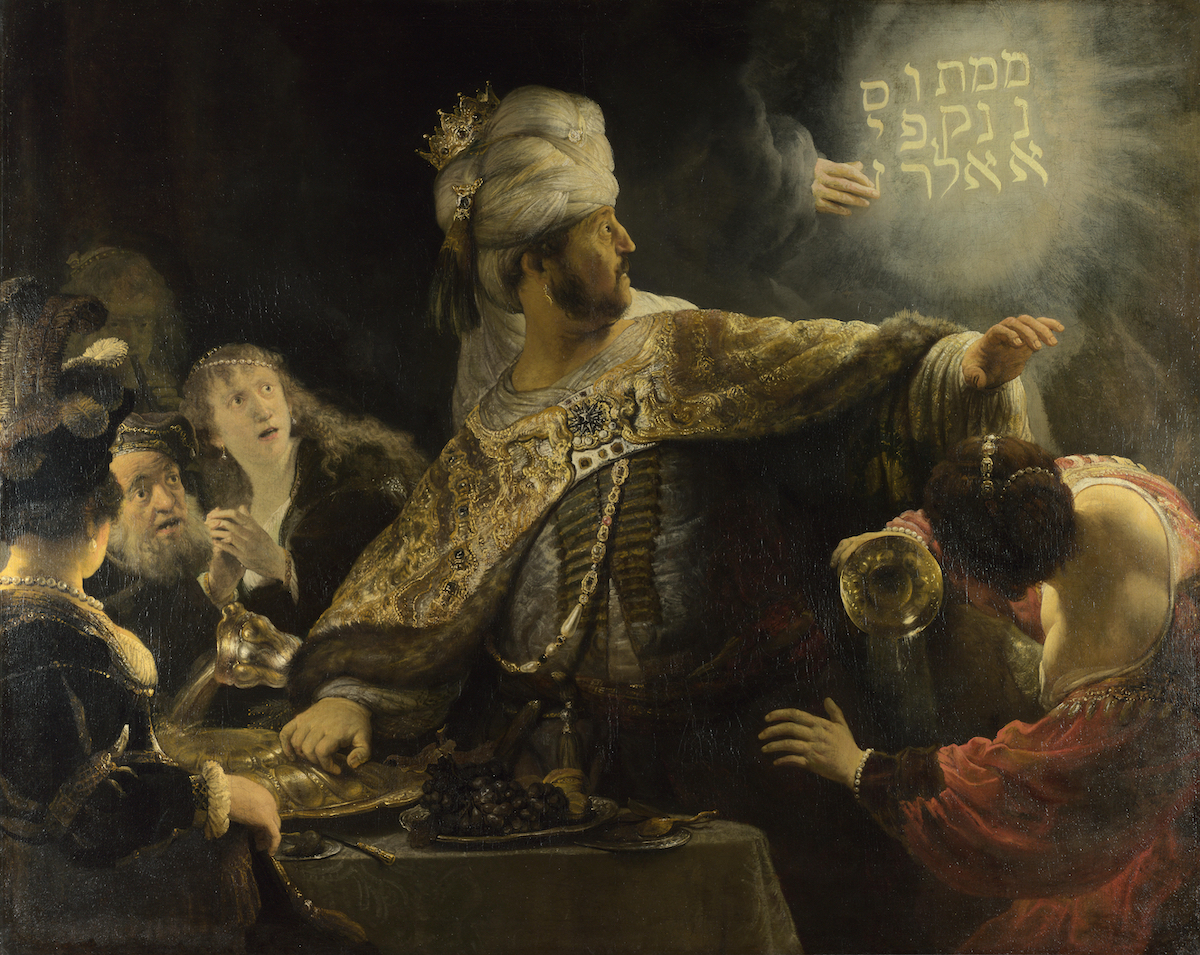 The chromium-based pigments, including Chrome Yellow and Barium Chromate, were discovered in 1797 by French chemist Louis Vauquelin. Barium Chromate is an opaque and low-tinting yellow with a distinctly acidic green hue, and it was the first pigment marketed as Lemon Yellow. It was used by many of the Impressionists, including Renoir and Monet. 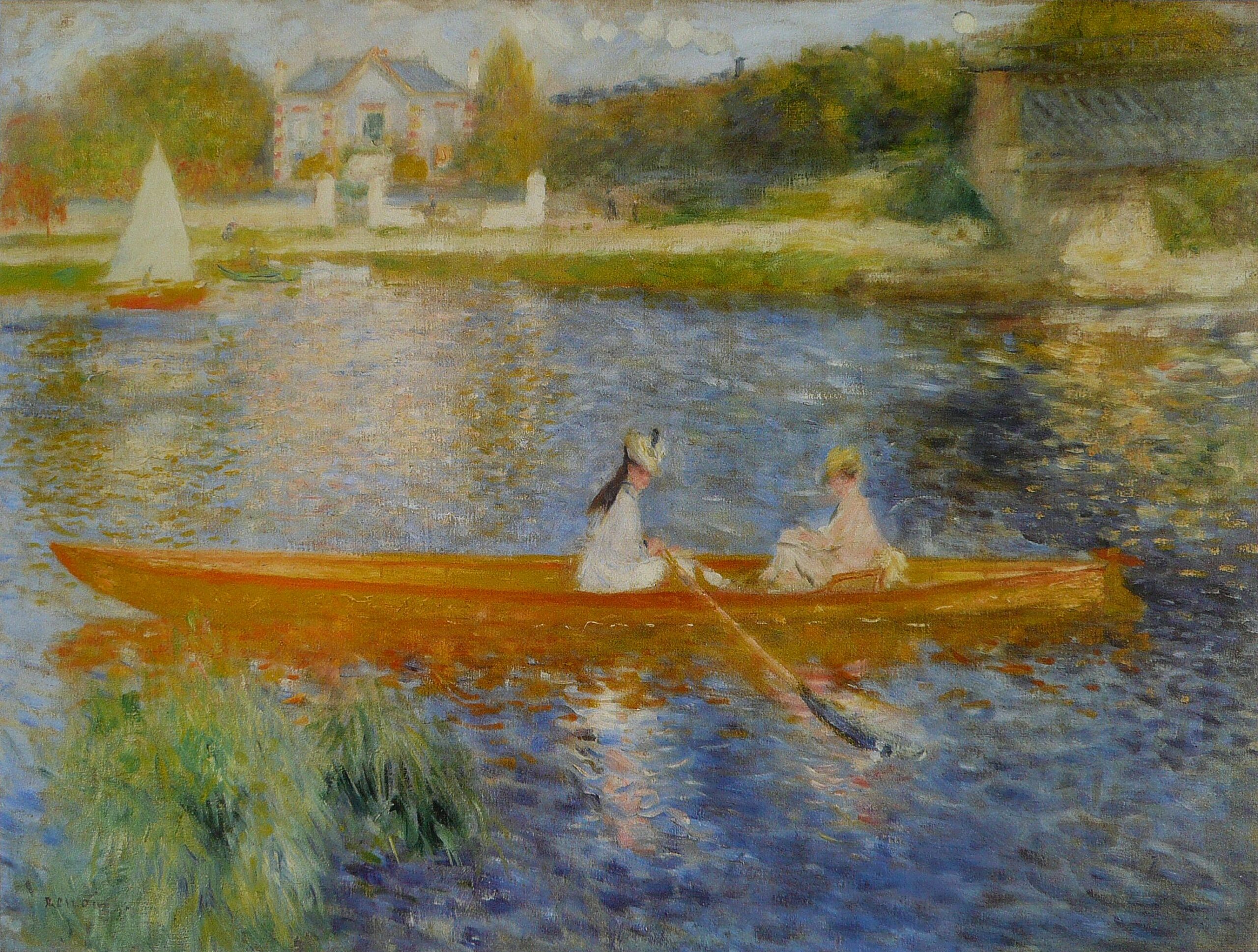 Today, Lemon Yellow can be made using a number of different pigments. Looking at the pigment number on the paint indicates the characteristics that the paint might have, including opacity and tinting strength. The swatches below were made with watercolour, but the information is relevant to oil and acrylic paints as well.

The Cadmium pigments were discovered in 1817. The ‘lemon’ variation of Cadmium Yellow is made by compounding PY37 (the mid-valued Cadmium Yellow pigment) with Zinc Sulphide. It is opaque and strongly tinting in mixtures. In the below swatch, it becomes more acidic and vibrant when used transparently or in tints with white, and it retains its strong colour even when diluted. 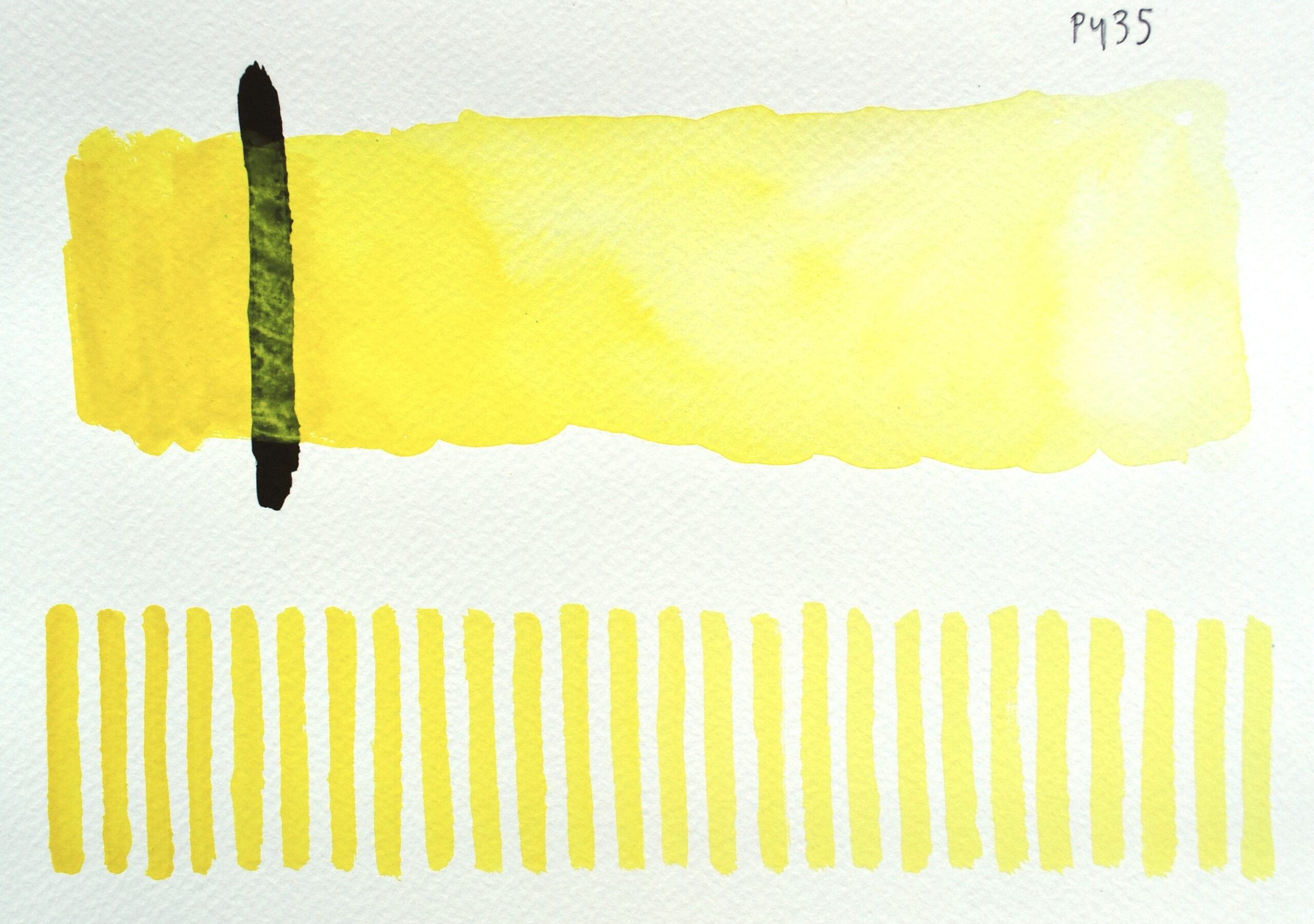 Hansa Yellow (also referred to as Arylide or Monoazo Yellow) is a member of the Azo pigment family, a large group of synthetic organic pigments which include Diarylide, Napthol, and Benzimidazolone pigments. The first Azo dyes were made as industrial colourants in 1864, and later developed as pigments from 1884. Hansa Yellow Light was patented for use in artists paints in 1909. PY3 is one of the most commonly found pigments in Lemon Yellow Artist Paints. It is transparent with relatively high tinting strength, which means that it creates very clean, vibrant results in colour mixing without being overpowering. 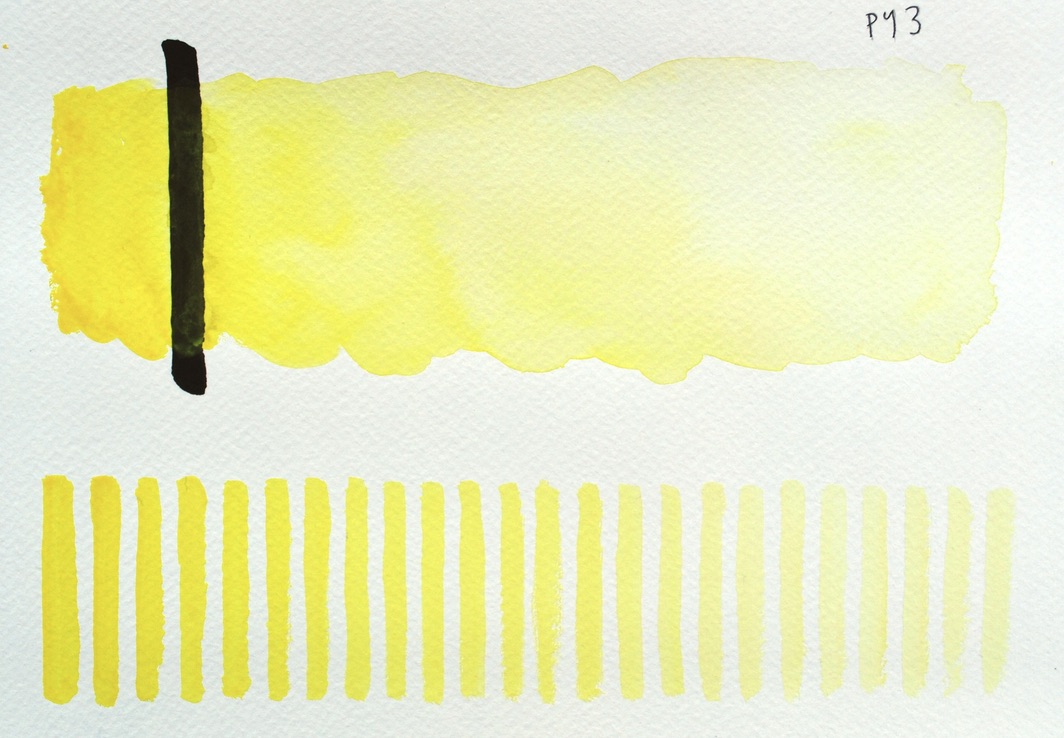 Benzimidazolone Yellow was introduced to artist paints in the 1960s. As another Azo pigment, it shares very similar transparency and tinting strength to Hansa Yellow Light (above), but it is very slightly more golden and less acidic. According to a study by Golden Paints, there are concerns about the lightfastness of Hansa Yellow (PY3), especially in transparent washes, and PY175 is considered to be a more permanent alternative. 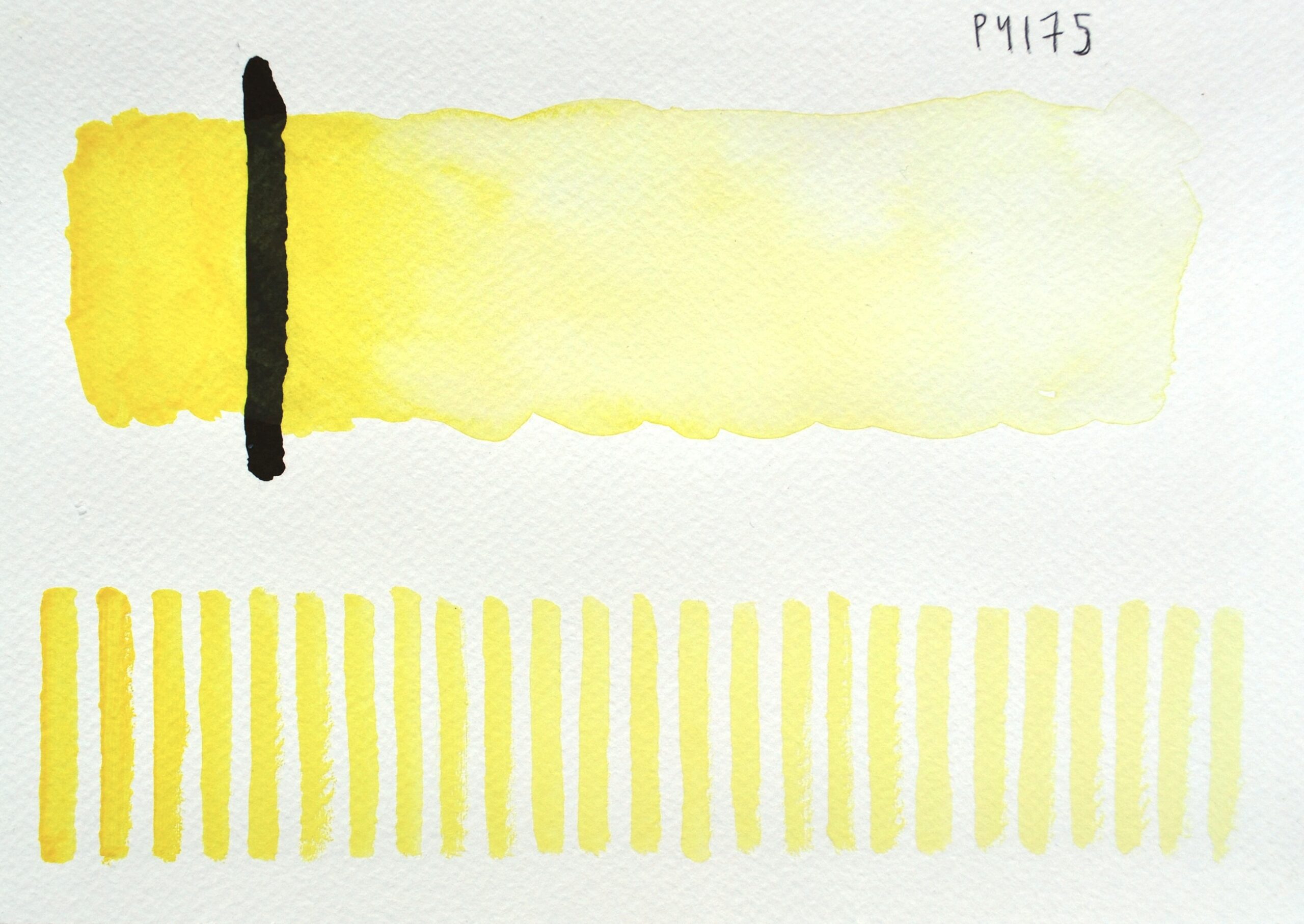 Developed in the 1960s, Nickel Titanate is a semi-transparent to opaque, low tinting lemon yellow with a buttery hue. As a result, it makes more subtle mixtures than Hansa Yellow Light (PY3) and Benzimidazolone Yellow (PY175). In watercolour it is a granulating yellow pigment, so it can be used to add a soft textural quality to mixtures. If you like the muted quality of Lead-Tin Yellow, as opposed to the sharpness of the Azo pigments, then Nickel Titanate Yellow would be a good choice. 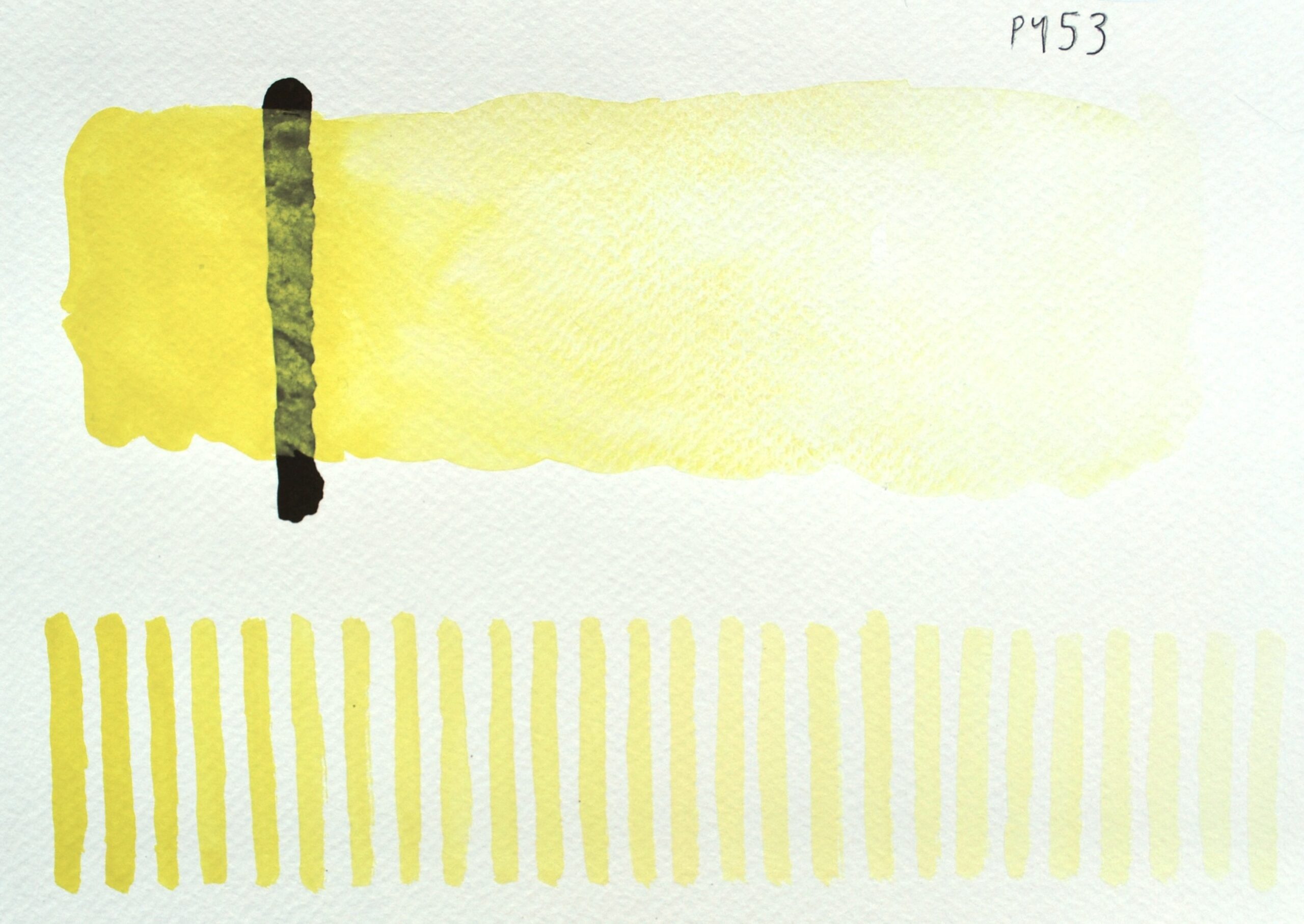 While Bismuth Yellow has been used in industrial applications since 1924, it was not used as an artist pigment until the 1980s. Bismuth Yellow provides the high tinting strength of a Cadmium Yellow Lemon, but with more transparency. 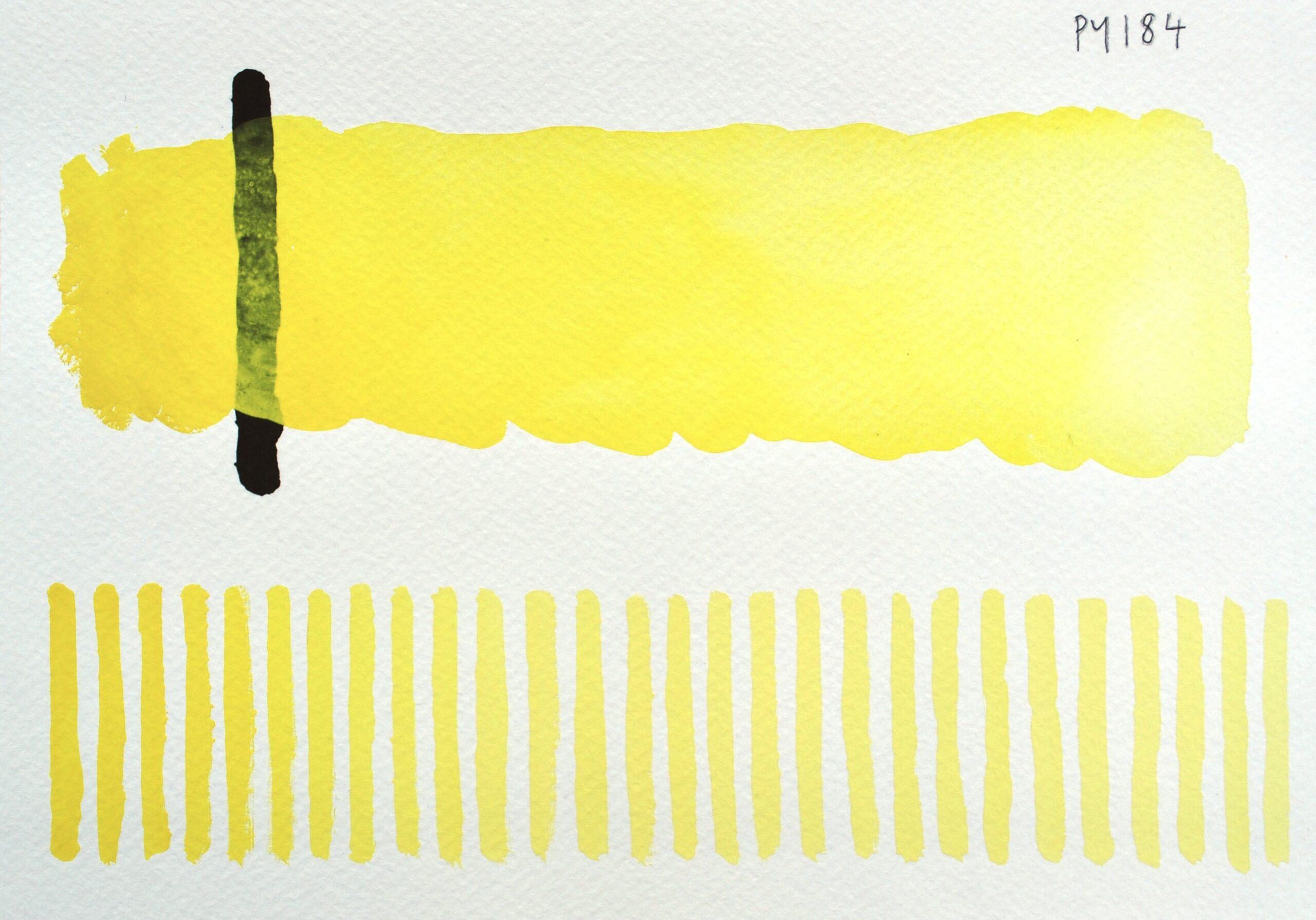 The varieties of Lemon Yellow in artist paints offer everything from creamy, butter-like shades, to powerful and bright acidic hues, with each behaving differently in mixes with other colours. Let us know which Lemon Yellow pigment you use in your palette by leaving a comment below.