Cosmic and abstract, repetitive dots are the foundation of US-based Korean artist Eunice Kim‘s visual universe. Coupled with her determination to take the collagraph into new realms through an innovative and safety conscious approach to printmaking, Eunice’s innovative work opens up the possibilities for working with non-toxic and sustainable methods. For the first instalment of this special interview series celebrating the rise of environmentally sound printmaking, we decided to speak with Eunice and find out more about her artistic practice and her unique printmaking technique. 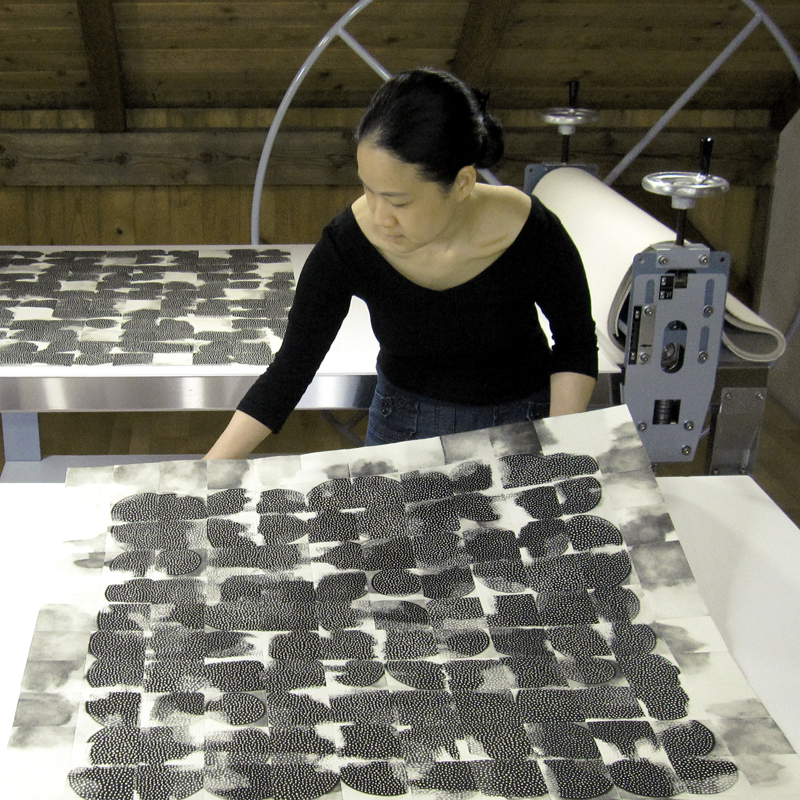 Sophie: When did your interest in the environmental ethics of printmaking begin?

Eunice: I began exploring alternative processes in early 2004. Having developed allergies and sensitivities to chemicals and solvents commonly used in traditional printmaking media, I needed a technique that would allow me to continue working. 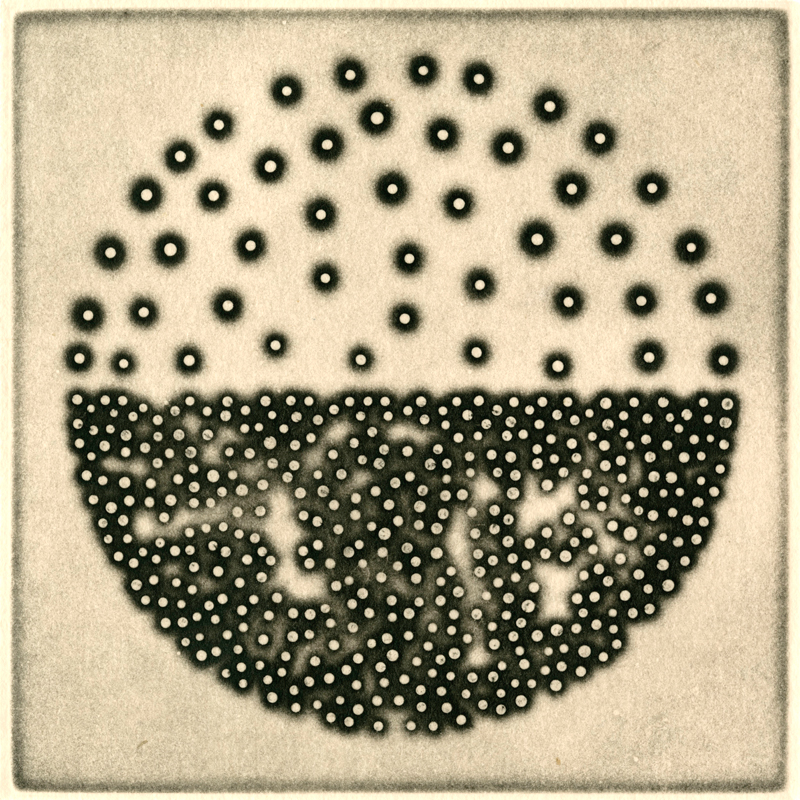 Sophie: As an artist, I’m interested to hear your view on how the green printmaking movement has changed since you began working? Would you still consider it to be niche?

Eunice: It has certainly come a long way as far as awareness, but we still have much work to do in putting that knowledge into action. I think that printmakers, due to the communal nature of shared work spaces, are a bit more informed about the usage of hazardous materials and processes, which are not exclusive to printmaking genre but widespread throughout most visual arts disciplines. More and more printmaking workshops and colleges here in the US and abroad are committing themselves to safer printmaking practices, which is extremely heartening and encouraging. 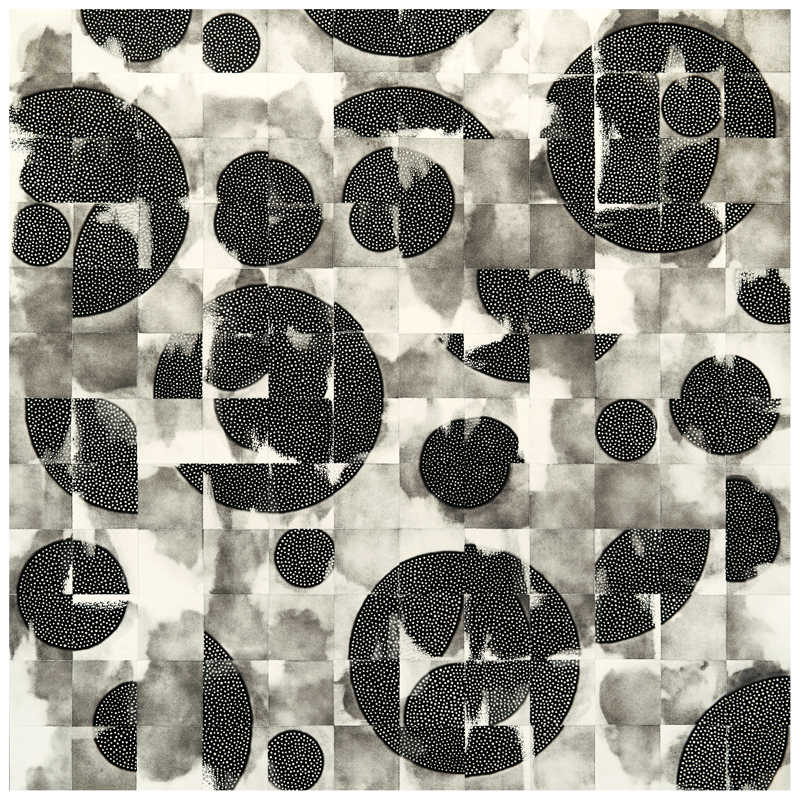 Sophie: Can you talk about some of the key innovations in this field?

Eunice: There are quite a few technique-wise, including photopolymer plates and waterless lithography. Nontoxicprint.com, a nonprofit online resource, is a wealth of information on everything safe printmaking and probably offers best one-stop overview of some of the key innovations in this field. 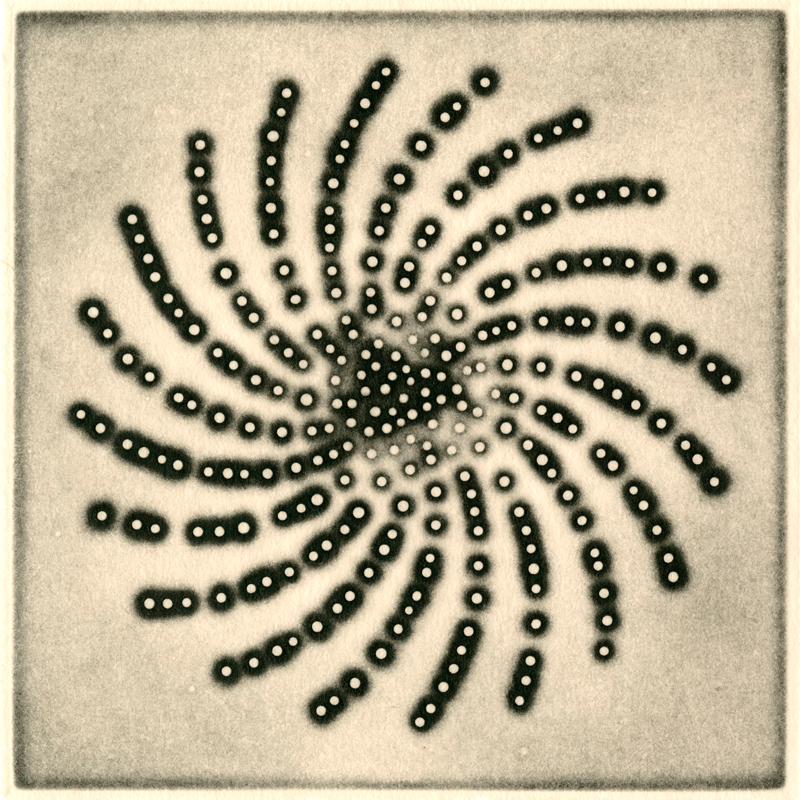 Sophie: What are some of your favourite (environmentally sound) processes & materials to work with?

Eunice: My favourite process, naturally, is my own. But really, jokes aside, I’m a big fan of the collagraph. I feel it is a medium whose potential is yet to be fully realized. Its strength lies in its physicality and experimental nature, and that can open up to a whole lot of things.

As far as inks go, I had continued to utilise oil-based inks, using vegetable oil, soap, and water for cleanup. This year, however, I made the full transition to water-based inks, which I have been experimenting with for the last few years. I must admit, there was bit of a learning curve, which is to be expected when introducing a new material to the mix, but the ease of use and safer nature of the inks all but made up for any time commitment associated with the switch.

Sophie: As an artist, what are some of the challenges you have personally faced in order to transition to environmentally sound practices?

Eunice: First and foremost, it was challenging to identify a process that was in line with my intentions, as well one that is as safer and sustainable. When I began my investigation, there were several commercially available alternative intaglio methods to choose from, but none felt quite “personal” enough to me; I wanted something more intimate and direct.

Left: Collagraph plate inked, wiped, and ready to print. Right: Pulling an impression of the plate.  All printing takes place in a solvent-free environment.

This led me to develop an entirely manual approach to plate making, wherein hand formed, shaped, and polished modeling paste dot marks (what I call “miniature sculptures”) are the building blocks of my imagery. It took me a solid year of trial and error to begin to see something I was happy with and arrive at a unique process that is specific to my visual language. 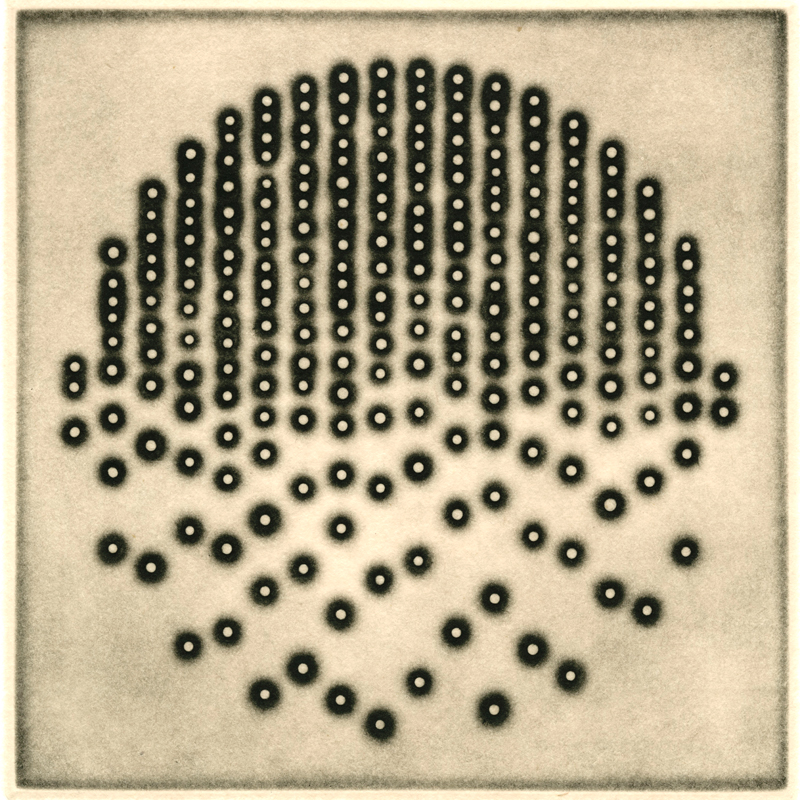 Left: Completed plates, wherein each dot mark has been manually shaped to height and contour optimal for the printing process, without the use of caustic mordants typically employed in traditional intaglio techniques. Right: Dot marks created out of modeling paste–each a miniature sculpture formed, shaped, and polished entirely by hand, are the building blocks of Kim’s imagery.

Sophie: What advice would you like to give to an artist or studio who is looking to explore safer & environmentally sound alternatives to traditional printmaking?

Eunice: When exploring new approaches, try to go in open-minded and without preconceived expectations. You may not necessarily be able to replicate the exact same results you are accustomed to with your old materials. Remember, you are creating a new paradigm. Be patient and give it time. Anything worth exploring will demand certain degree of time commitment.

You may also wish to check and see if your local arts organization or governmental agency offers assistance in this regard. King County here in Washington, for instance, has a fantastic Art Hazards program which offers free workshops on safe studio practices, conducts no-charge studio visits to evaluate hazards in working environment and makes recommendations for improvement, and even defrays the cost of safety improvements.

Finally, I always stress that there is no such thing as a completely nontoxic process. Most products we use in our daily lives, in fact, all have some downsides. Our goal is to raise awareness to minimise hazard and impact. If the idea of going green is daunting, begin with small steps! 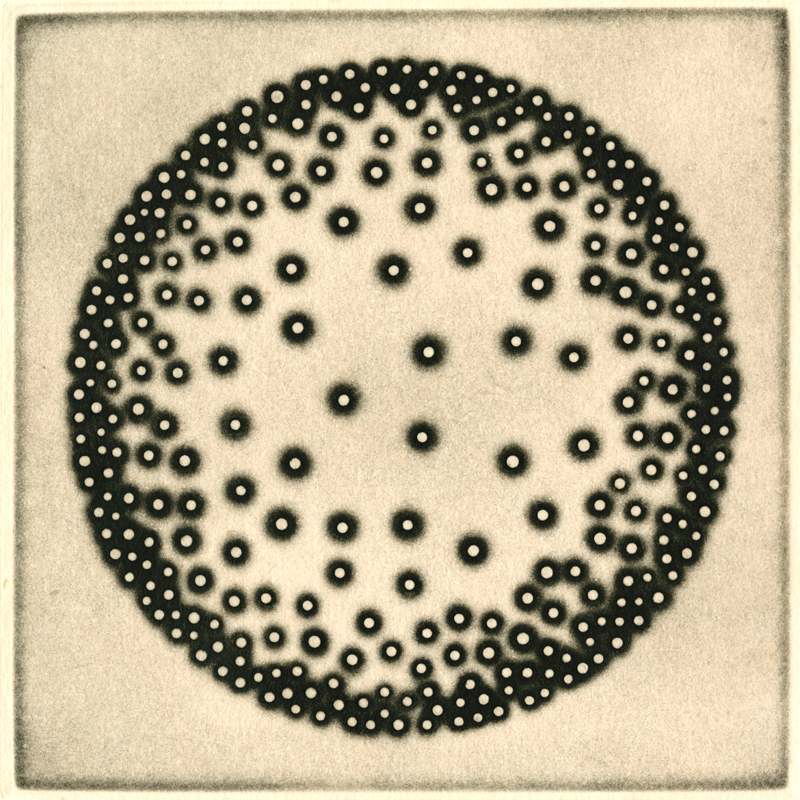 Sophie: Where do you source your inspiration?

Eunice: My immediate surroundings and environment. Living and working in the woods of Cascade foothills, I am now more than anything else informed by nature itself, which is both beautifully simple and complex. It is this duality I try to bring to my work. 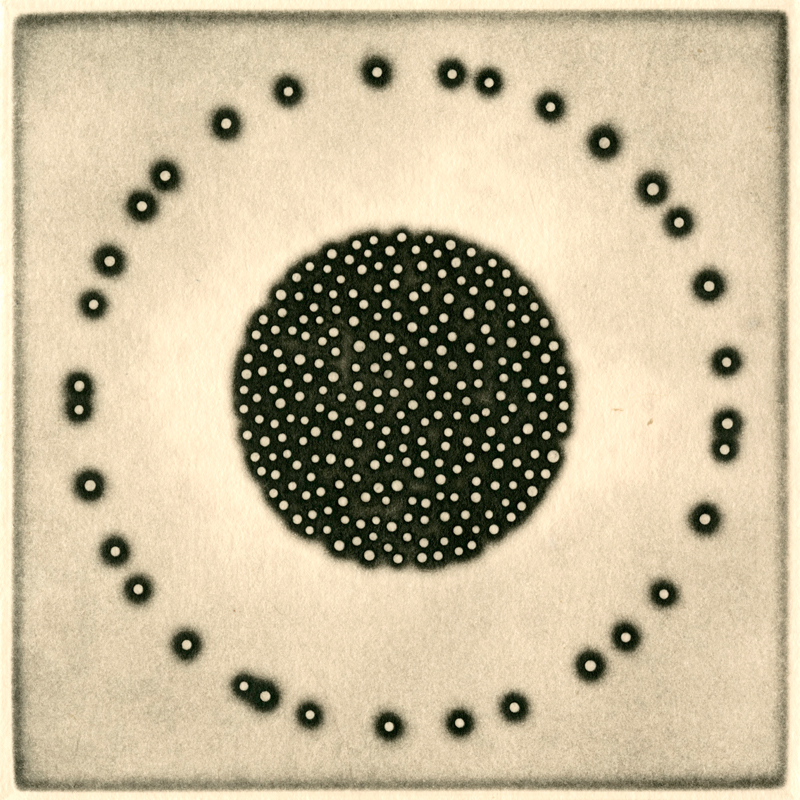 Sophie: Any upcoming projects or news?

Eunice: This June, I will be producing a public outreach program titled Nontoxic Printmaking at Cedar River Watershed, celebrating the incredible natural resource that is primary source of clean, safe drinking water for our Greater Seattle area. For this, I am creating a special series of collagraphs that speaks to stewardship, biodiversity, and sustainability of the Cedar River Watershed.

I’m also working on a new body of work to be shown at Davidson Galleries in Seattle, in what will be my fifth solo exhibition at the venue.

Check out more of Eunice Kim’s work: www.eunicekim.net
Read our feature on Environmental Ethics In The Printmaking Studio.

Do you have a favourite paintbrush? Choosing the r

Arta is a great value range for beginners looking

DECEMBER GIVEAWAY This month one winner will rece