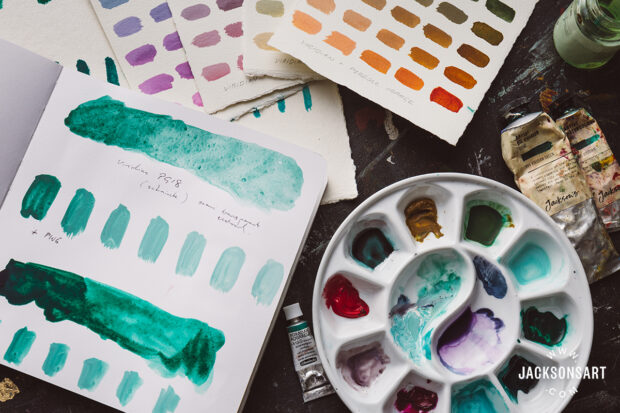 Viridian Green (PG18) is a semi-transparent green pigment with a distinctive blue undertone. It can be found in the paintings of the Impressionists and Post-Impressionists, and continues to be a popular pigment today. The story of Viridian is best understood in the context of the green pigments that were available at the time it was discovered. 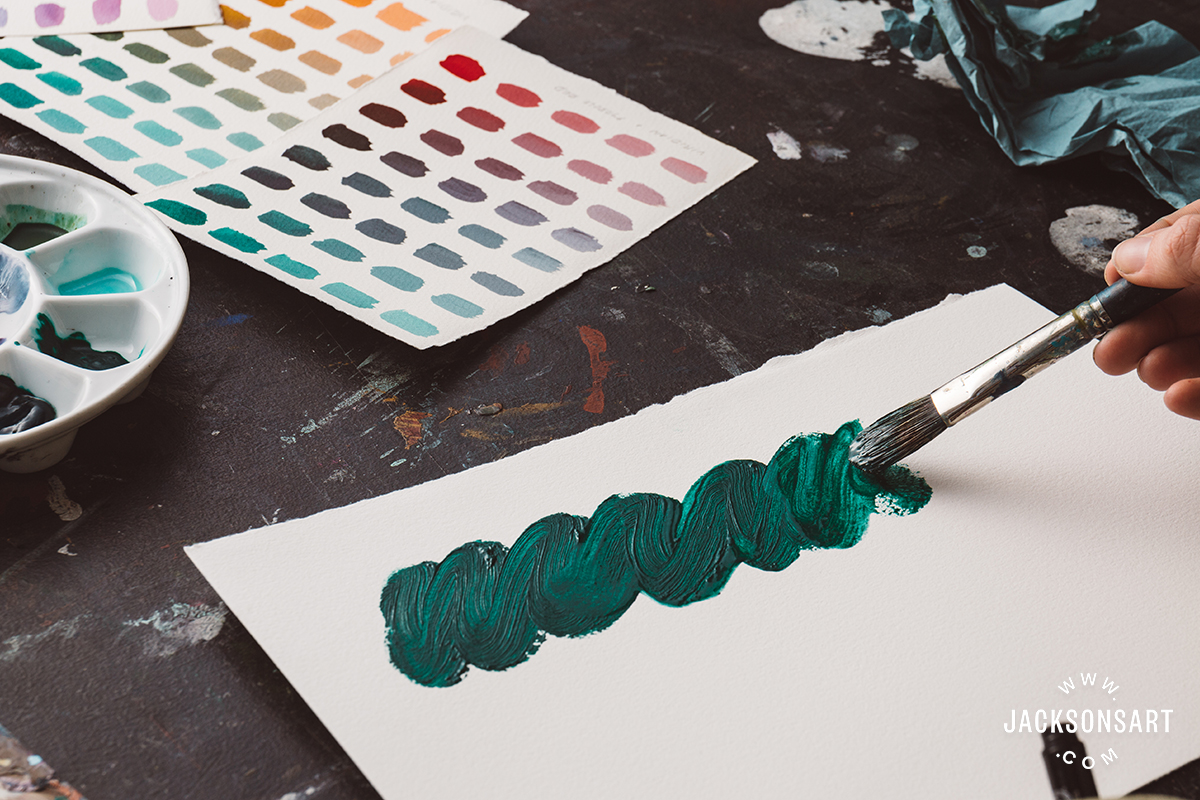 At the beginning of the 19th Century, one of the most commonly used green pigments was Emerald Green (also known as Paris Green). Its high opacity and vibrant hue made it a popular artist pigment, but it was incredibly poisonous due to its arsenic content. Cheap to produce, Emerald Green was used as a colourant for wallpaper, clothes, and home furnishings. When the material degraded in damp conditions, it released highly toxic arsine gas. This led to many cases of arsenic poisoning, sometimes with deadly consequences.

Chromium Oxide Green was first produced in 1798, but it lacked the vibrancy of Emerald Green and wasn’t immediately popular. When Viridian was created in 1836 by French colourmaker Pannetier, it was noted for its lively character and caught the interest of artists. Emerald Green had a tendency to go black when mixed with pigments that contain sulphides, like Cadmium Yellow and Ultramarine Blue, but Viridian was stable, lightfast, and had the intensity of colour that artists were looking for.

Viridian wasn’t created to replace Emerald Green (Emerald Green artist paints continued to be available until the 20th Century), however, Viridian gradually replaced it in commercial and industrial applications. A cheaper method of producing Viridian was patented by Guignet in 1859, making it more accessible. It became a popular colour in the palette of Impressionists. Analysis of this painting by Claude Monet shows that Viridian has been used throughout: 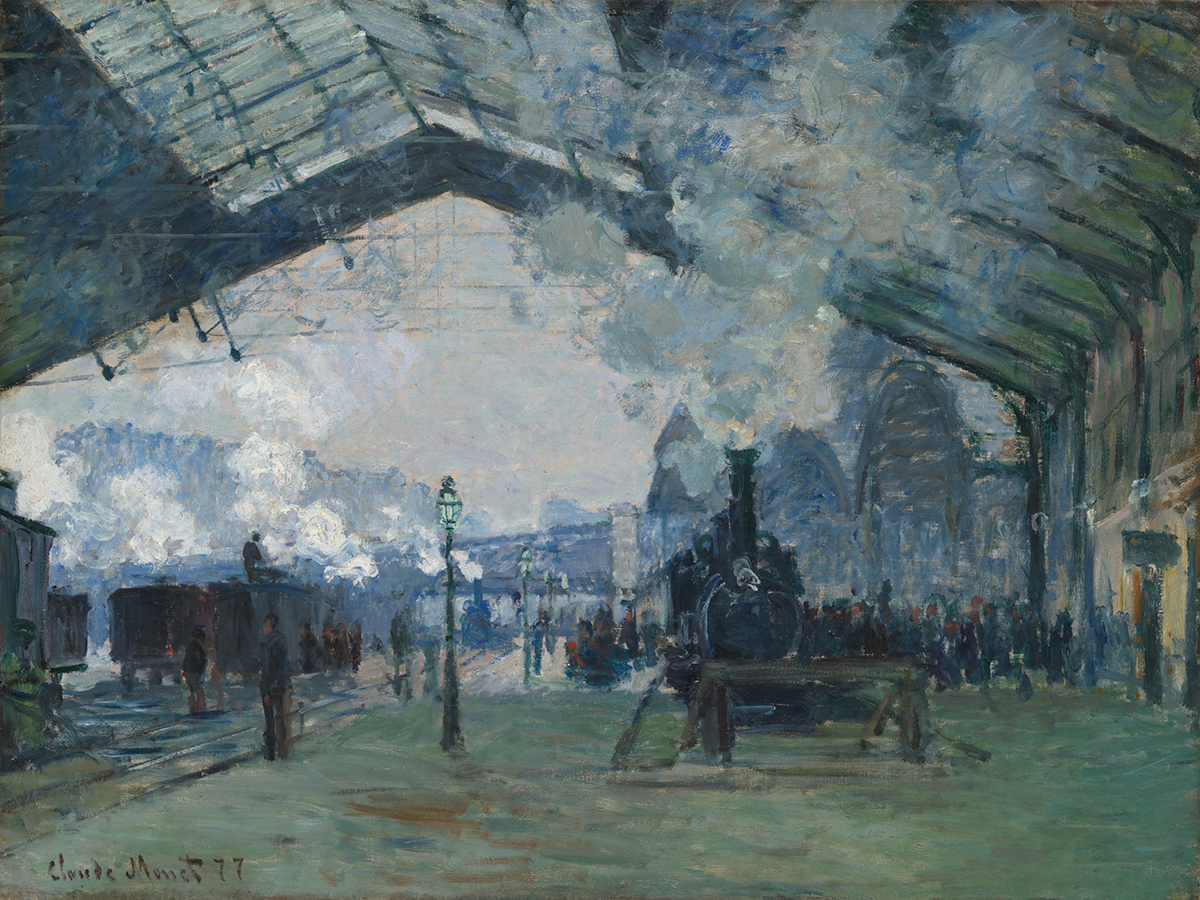 A single pigment green like Viridian makes a great addition to a palette. It is relatively dark-valued when used straight from the tube, and can be used to make some dark mixtures. Viridian’s blue hue is revealed in glazes and in tints with white, where it makes a sky-blue.

The following mixtures have been made using watercolour. The column on the right is neat watercolour, with pure Viridian at the top, the mixing colour at the bottom, and varying mixes of the two in between. The remaining columns to the left of this show what happens to each colour mix when white gouache is added to it in increments, from right to left. 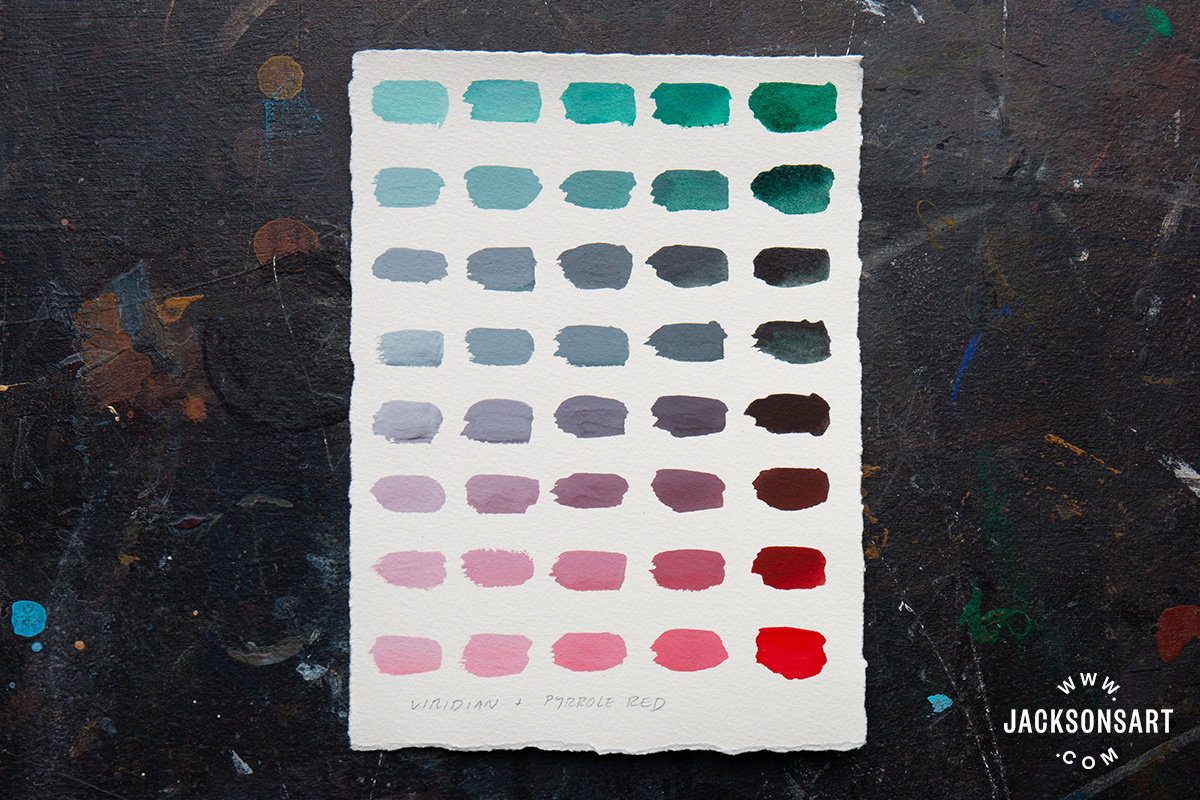 Viridan and Pyrrole Red can create black when used neat, which when mixed with small quantities of white gouache creates subtle greys. A similar effect could be achieved with Cadmium Red instead of Pyrrole Red. For very deep blacks, Phthalo Green might be more efficient than Viridian because it is darker in value. 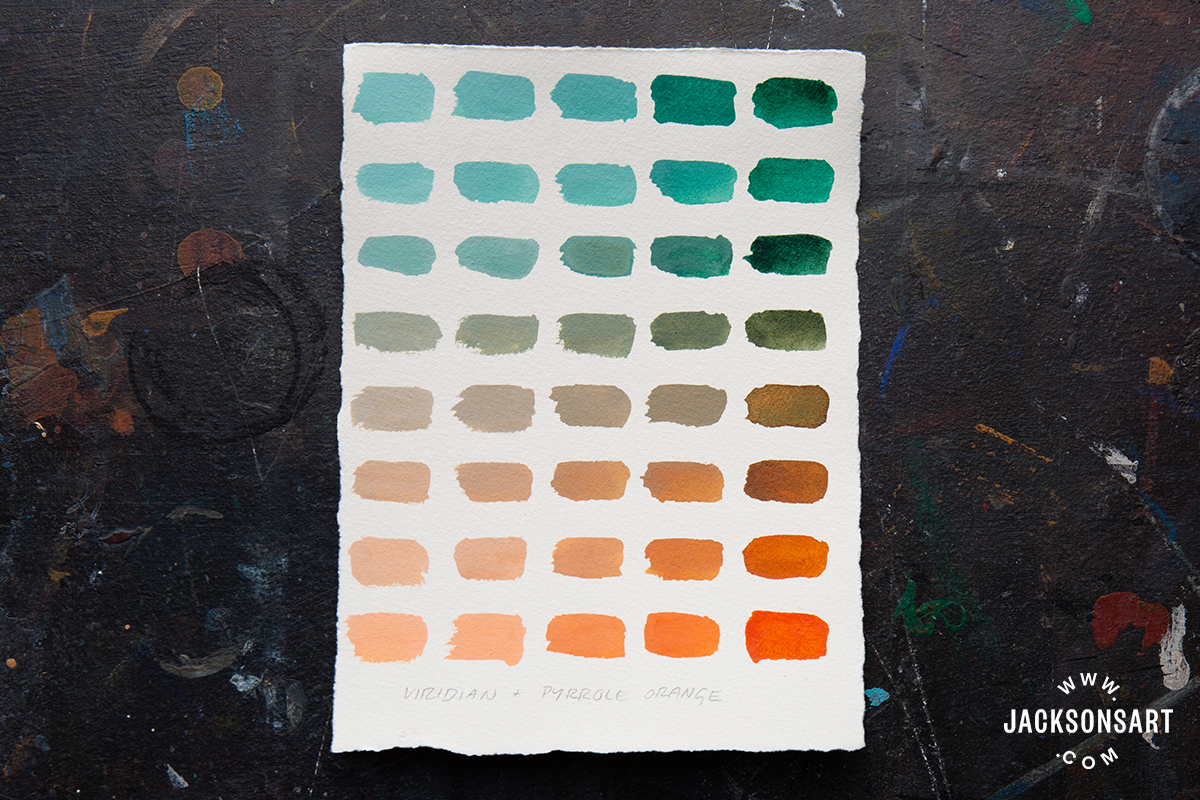 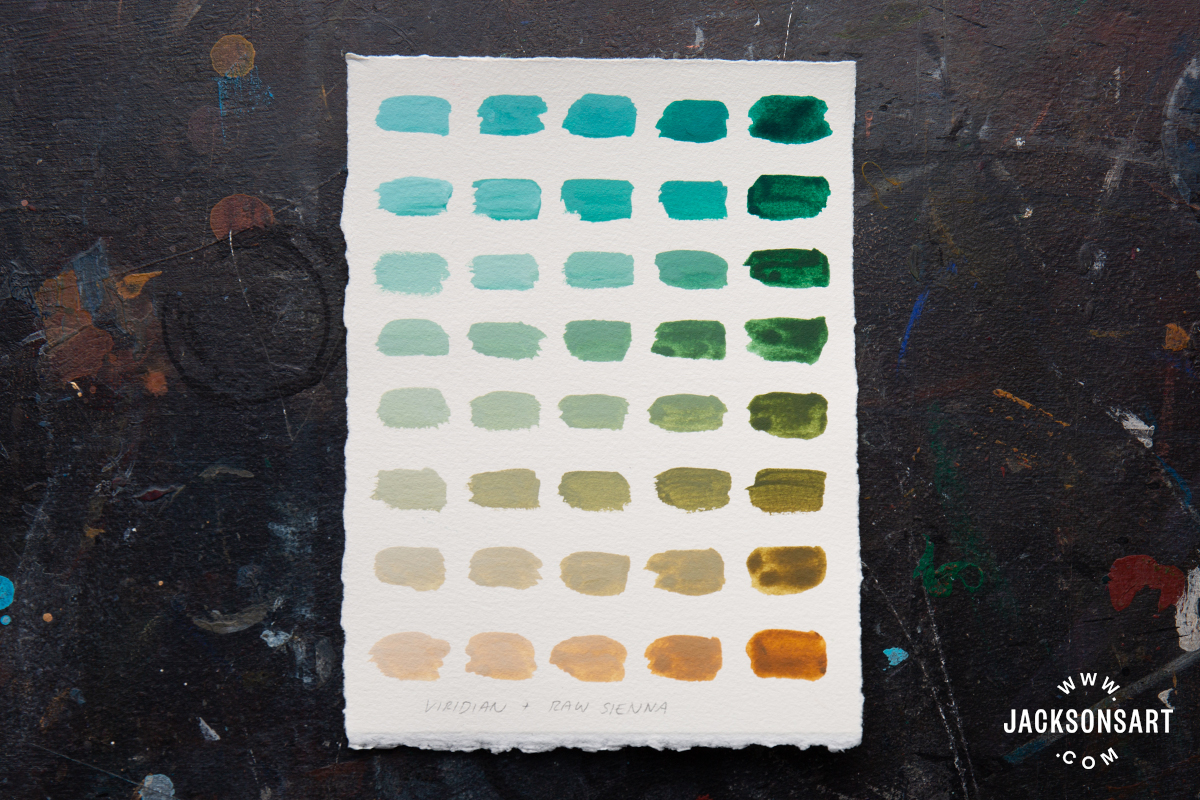 Viridian can be persuaded to make some gentle, earthy mixtures which could be useful in a landscape palette. A green with a higher tinting strength, like Phthalo Green, could easily overwhelm a moderately tinting earth pigment. 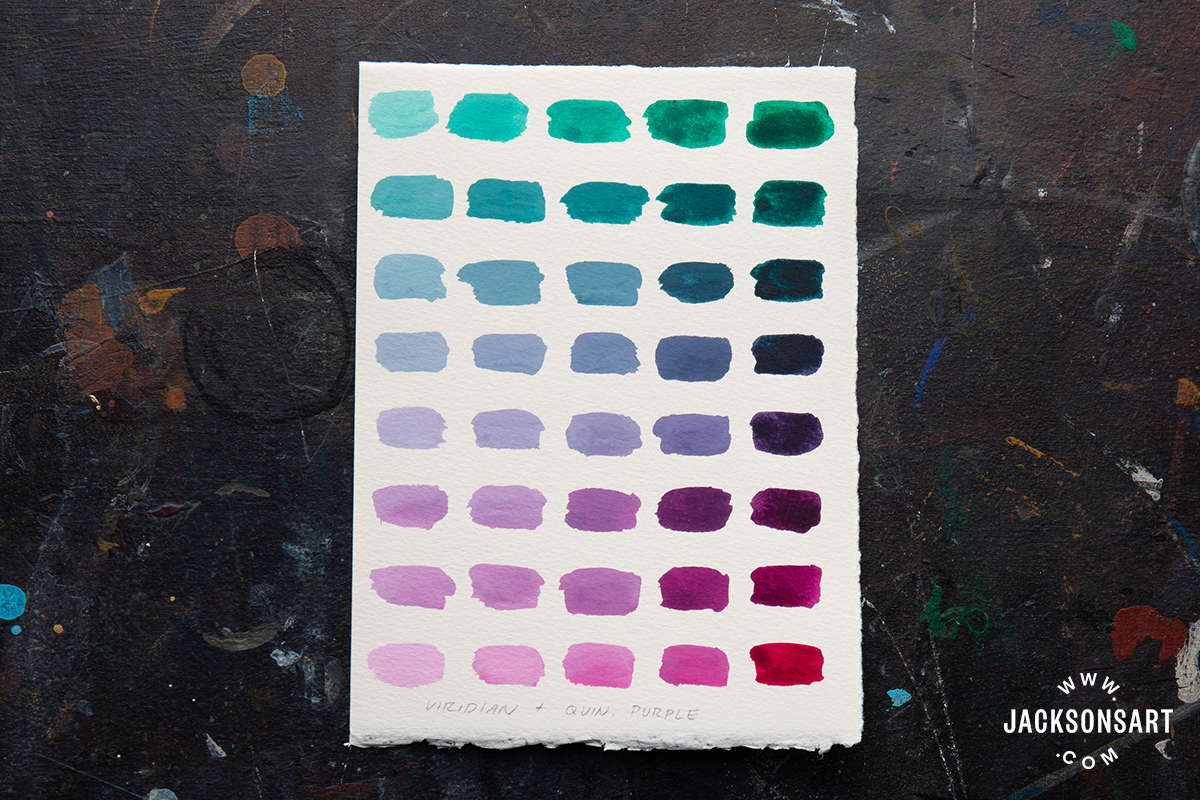 I was expecting this mixture to make neutral greys, but instead it creates some surprising violets! These combinations would be at home in a botanical palette.

Some Viridian paints are made using Phthalo Green (PG7), or a mixture of Viridian and Phthalo Green, so it is worth checking the pigment index numbers.

While it is lower in tinting strength than the more modern Phthalo Green, Viridian is a characterful pigment which has many uses in an artist palette. Let us know how you use Viridian in your palette by leaving a comment below.