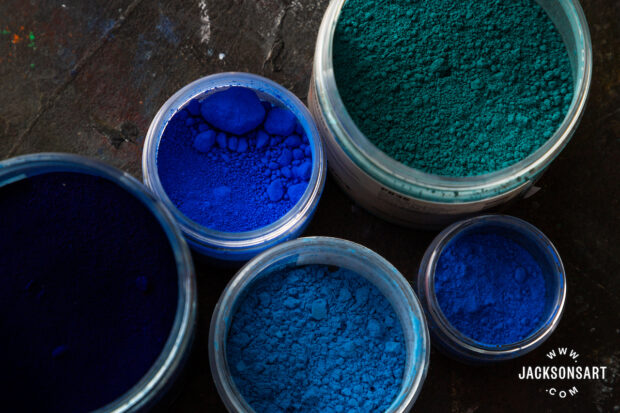 Throughout history, blue has been one of the most sought-after artist pigments. It occurs infrequently in nature, and the first blue pigments were made from minerals like azurite and lapis lazuli, a process that was labour intensive. The Ancient Egyptians were the first to synthesize a blue pigment, Egyptian Blue, the recipe for which has since been lost. During the Middle Ages, Lapis Lazuli was exported from Afghanistan to Europe via the Silk Road, and it became the most important blue pigment of the Rennaissance. It was highly expensive and was reserved for the most important figures in a painting, which is why Western cultures usually associate the Virgin Mary with the colour blue. The 18th Century saw the development of Prussian and Cerulean Blue, followed by Cobalt Blue in the early 19th Century. In 1826 Ultramarine Blue, a synthetic pigment that is chemically identical to lapis lazuli, was created. It is extraordinary that what was once the most expensive colour has become one of the most widely available.

Here is a guide to the blue pigments used in artist paints today according to the Pigment Colour Index, identified by the prefix PB. Find out more about the Colour Index and why it is useful to artists in this post. 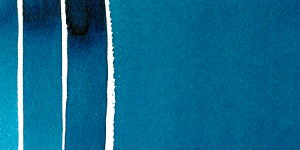 Colour Description: Can be a green-blue or red-blue, but most commonly green-blue
Transparency/Opacity: Transparent

Phthalocyanine pigments are a family of blue and green synthetic organic pigments based on variants of copper phthalocyanine, a deep blue compound produced by the reaction of phthalic anhydride, urea, copper and ammonia. It was first sold as a pigment in 1935 under the trade name Monastral Blue (some paint manufacturers still use this name). When it was discovered, it was thought to be the most significant advance in artist pigments since the discovery of synthetic Ultramarine Blue in 1826. Phthalocynanine Blue is a transparent, highly staining, and reliably lightfast green-blue (sometimes red-blue) pigment. Some paint ranges specify the shade of Phthalocyanine Blue by listing either PB 15:1 or PB 15:3, but if this isn’t specified then it is most likely to be a green shade. You can read more about Phthalocyanine pigments and the mixtures they create here. 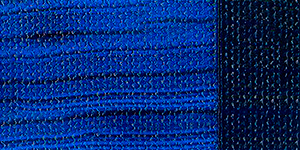 PB 15:1 refers to the warmer, red-shade variety of Phthalocyanine Blue. It is similar in masstone to Prussian Blue but has the clean brightness of Ultramarine Blue when thinned. It is a useful colour for artists who want to achieve dark, warm values in their paintings. 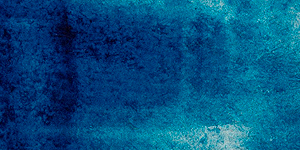 PB15:3 refers specifically to the green-shade of Phthalocyanine Blue. 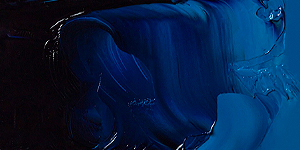 Often known as Berlin Blue, Prussian Blue was first synthesised in 1706. It is very dark valued blue with a high tinting strength. Try mixing it with Burnt Sienna for a broad range of muted greens and browns, or with Burnt Umber to make black. The pigment isn’t suitable for using with an acrylic binder, so you’ll find that Prussian Blue acrylic paints are made using other blue pigments and black. Hokusai’s The Great Wave off Kanagawa (1820) was printed using Prussian Blue. 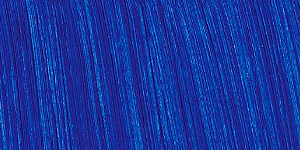 The pigment we know today as Cobalt Blue (cobalt aluminium oxide) was developed in 1802 by Louis Jacques Thénard, who described it as ‘a blue colour as beautiful as Ultramarine’ (referring to the historical Ultramarine Blue pigment, made with the mineral lapis lazuli, which was highly prized at the time). Unlike the clean transparency of Ultramarine Blue, Cobalt Blue has a slightly ‘milky’ quality and it has a moderately low tinting strength. It is highly granulating in watercolour and easy to lift from the paper even after drying. You can read more about Cobalt pigments here. 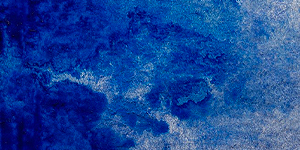 PB 29 can refer to both mineral and synthetic Ultramarine. But the genuine Lapis Lazuli is now quite rare. Modern Ultramarine Blue is a synthetic version of the historical mineral pigment lapis lazuli. It was discovered in 1826 by French chemist Jean-Baptiste Guimet by heating kaolinite, sodium carbonate and sulfur in a kiln to create a pigment that is chemically identical to lapis lazuli, but even more vivid in colour. Synthetic Ultramarine Blue is usually a warm, reddish-blue, but there are variations of Ultramarine and some professional brands have more than one in their range. Sometimes they are differentiated as being either ‘green-shade’ or ‘red-shade’ to indicate the colour bias. Read more about Ultramarine Blue in this article. 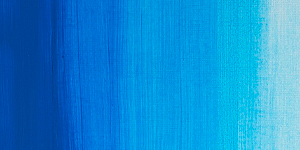 Genuine Manganese Blue was discontinued due to environmental concerns around its production. It was a light sky blue that is now imitated using a mixture of blue, green, and white pigments (as in the swatch above). 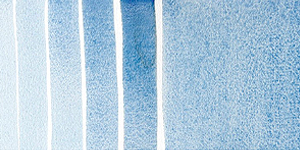 PB 35 (cobalt stannate) was introduced as an artist pigment in the 1860s and is considered to be the ‘original’ Cerulean Blue (derived from the latin caerulum meaning ‘sky’). It was a favourite for the Impressionists, who used it to paint their skies. Try mixing it with Unbleached Titanium (PW 6:1) to make some gentle green-greys. In watercolour, Cerulean Blue is highly granulating. 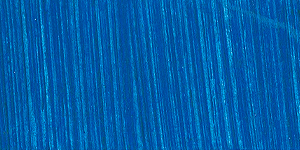 PB 36 (cobalt aluminium chromium oxide) is less expensive than PB 35 because of its lower cobalt content, and is generally a little more green in hue, stronger in colour, and higher in tinting strength. Like PB 35, it is highly granulating in watercolour.

Almost black in masstone, but dilutes to a warm, gloomy blue. Indanthrene Blue is ideal for mixing with yellows to make a range of greens for landscape painting, or with Pyrrole Red to make deep violets. It is quite a muted colour which is perfect for some artists, but if you are looking for a very dark blue with more vibrancy try Prussian Blue (PB 27). 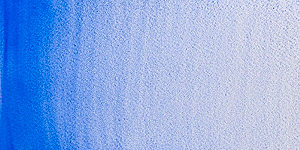 PB 74 (cobalt zinc silicate) is more red in hue than Cobalt Blue (PB 28). It is close in shade to Ultramarine Blue (PB 29), but darker in masstone and more opaque. 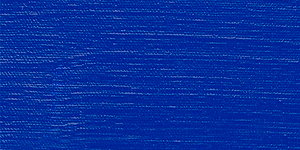 YinMn Blue is the newest blue pigment. It was discovered by chance in 2009 by a graduate student at Oregon State University, and its unusual name refers to the periodic symbols for the elements it contains – Yttrium (Y), Indium (In), and Manganese (Mn). It is slightly redder than Ultramarine Blue and highly opaque. PB 86 is only available in a few paint ranges, but we can expect its availability will grow over the coming years. You can read more about YimMn Blue and how it behaves in mixtures in this article.